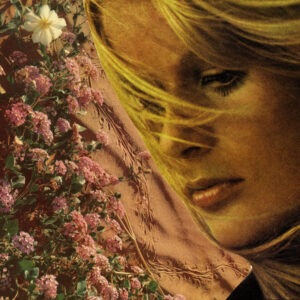 Gold Chorus, the debut album from Brooklyn-based No Kill, may start with synths but it’s certainly a guitar driven record. Jamie Cogar, the woman behind No Kill, credits 90’s grunge radio as an influence on her guitar playing, but the sound on Gold Chorus leans more toward shoegaze, drenching listeners with fuzz. Yet melody is never lost, and the tracks on the album tend toward catchy rather than meandering, driven along by precise bass and drums.

Cogar’s voice may be a bit breathy, but her guitar work is solid, chords thick and churning underneath. The reverb-tinged vocals are pulled forward in the mix, and this combination lends an airy yet grounded quality to the record. Cogar has self-described her sound as “sweet but with teeth,” and it’s an apt description.

Two singles released in advance of the full length, “Swooning” and “Eddie Vedder,” are well chosen, as they are the strongest tracks. (”Eddie Vedder” is incidentally the third song I’ve heard with that title, and it’s my favorite so far.) “Swooning” is accompanied by a dreamy music video. Other highlights are “Tremolo” and the floating, droning closer “A Place.” The first half of the record is stronger than the latter, but overall it’s a pleasing debut, and with the return of live music this is an album I would like to see performed.

Gold Chorus comes out 6/25/21 on Fear of Missing Out Records and Substitute Scene Records. No Kill can be found on Spotify and Bandcamp.