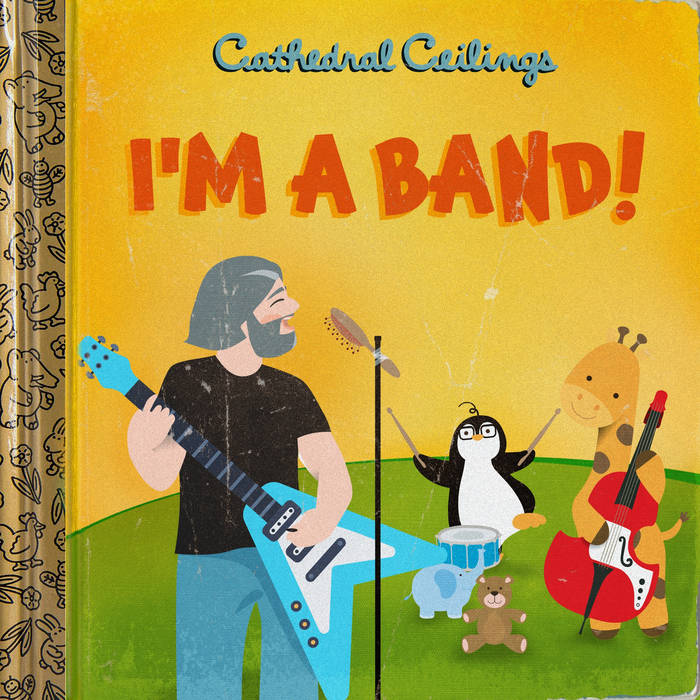 Summer is a great time to listen to short, blasting singles, and Cathedral Ceilings (which features FTA contributing writer NickAD) have you more than covered with their newest release I’m A Band! The double single contains the tracks “Hamilton Circuits” and “Over The Far and Hills Away,” and both are concise slices of punk pop. A worthy followup to last years Thanks For The Guitar, Mommy (which also was two tracks long), the Jersey-based band shows no signs of slowing down, offering up yet more ‘drum-along-hard-on-your-steering-wheel’ songs for our pleasure.

Both tracks are carried along by driving drums and with plenty of riffs, fills and pauses, move away from a basic power pop four beat. I get the sense that these three guys could absolutely hack it in a math rock band, but wanted to let loose instead. And let loose they do, with soaring catchy vocals and never-ending energy.

Grab the single on lathe cut 7-inch from Dromedary Records (I’m a big fan of the children’s book-inspired cover art) or stream it- they only have four songs up on Spotify and all are under three minutes in length, so you’ve got not excuse not to cue them up right now.