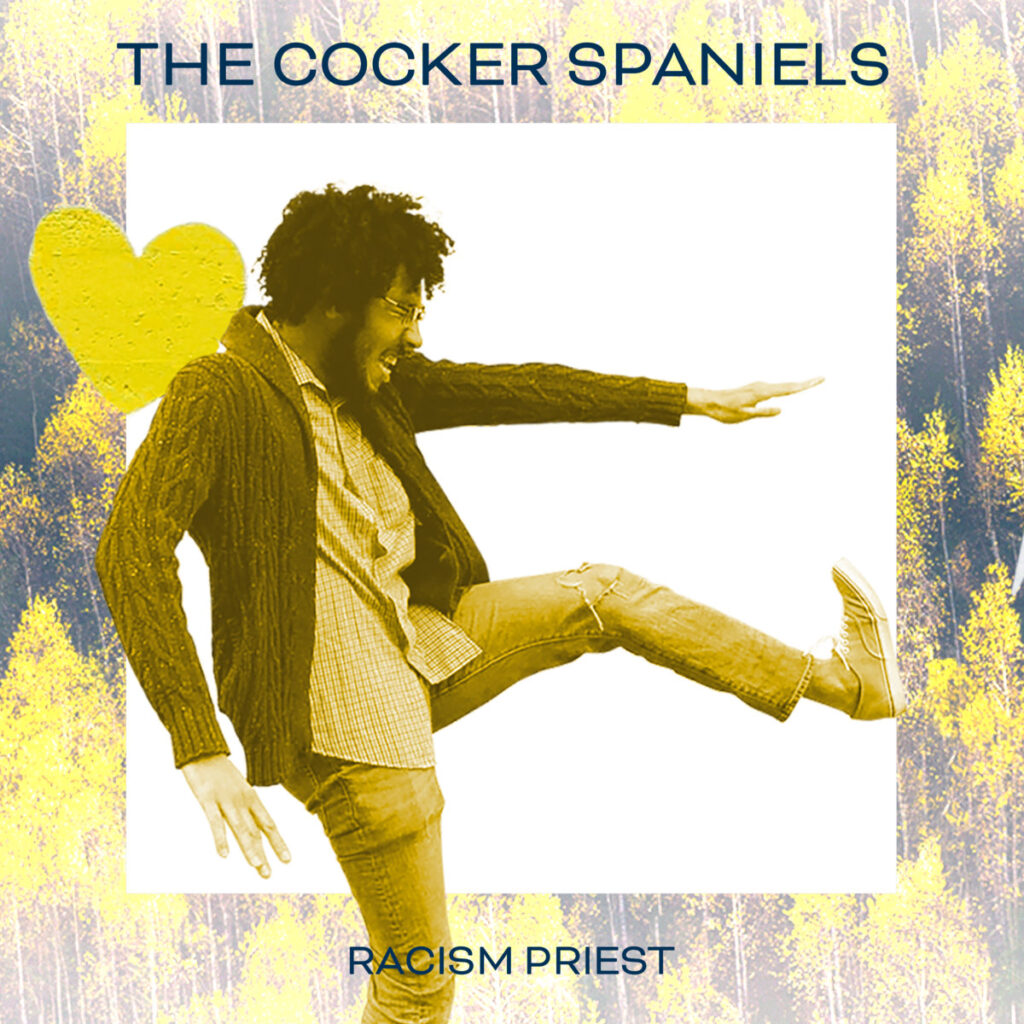 The Cocker Spaniels have released a brand new single “Racism Priest” in advance of the new album, The Cocker Spaniels Are Still Alive and So Are You. Cocker Spaniels is the (essentially solo) project of Sean Padilla, a well known booking agent who describes himself as “a 40-year-old Black dad who likes Prince and Guided by Voices a lot, so I try to make music that splits the difference.” Padilla sings and performs almost everything himself on the single as well as on the upcoming album (his kids accompany on a few songs).

Lyrically “Racism Priest,” confronts the poison of white guilt head on- you know the thing that many seemingly well meaning white people do when they unload on their Black friends (or worse, strangers) to try to somehow wipe their conscience clean of past transgressions. While they may think they are doing something helpful, they don’t realize that what they are actually asking for is serious emotional labor which is exhausting for the person on the receiving end. Padilla doesn’t mince words, beginning the song with “I’m not a racism priest, I can’t absolve you of your sin, confessing to me won’t wash your soul as white as your skin” which is also repeated in each chorus.

He goes on to cite several examples of micro-aggressions while also acknowledging, sure it’s great you want to change now that you feel you no longer have a choice, “but don’t make the change contingent on me forgiving you.” The bridge of the song is devoted to the ways that, instead of trying to feel less guilty through burdening Black people or by making empty gestures, white people can go out and do the actual work for themselves to be better, question their lives, and “make Christmas awkward by calling out your mom’s beliefs.”

Padilla said this of the single: “This song was inspired by a White person with whom I attended middle school, who privately messaged my spouse on Instagram last year to apologize for having called Black people the N-word when she was younger (when she and I were classmates). I had no idea that the slur had ever been in her vocabulary but, then again, that may be why she apologized to my spouse, whom she only knows through the internet, instead of to me. It was an awkward situation that instantly killed our friendship.“

Musically, the song delightfully meets at the junction of lo-fi funk and shoegaze with supreme pop sensibilities. Starting out with shimmery, layered guitars and jangly tambourine, both instruments quickly drop out to let a slightly fuzzy funk bass line take over, meandering alongside warbly organ and steady subtle drums that drive the pulse of the track throughout. Harmonized vocals punctuate the bridge before the song heads into the crescendo- the drums pick up in earnest, the guitars come back, and Padilla croons some epic high notes right as a killer guitar solo kicks in to bring the track home.

“Racism Priest” is a perfect exhibit that a song need not be loud or fast with shouted vocals to make pointed social commentary, and an indie pop song can be just as sharp in assessing the problems occurring in the world as any punk rock record. And if this is the first taste of the new album, I am really very excited to hear what else is in store. 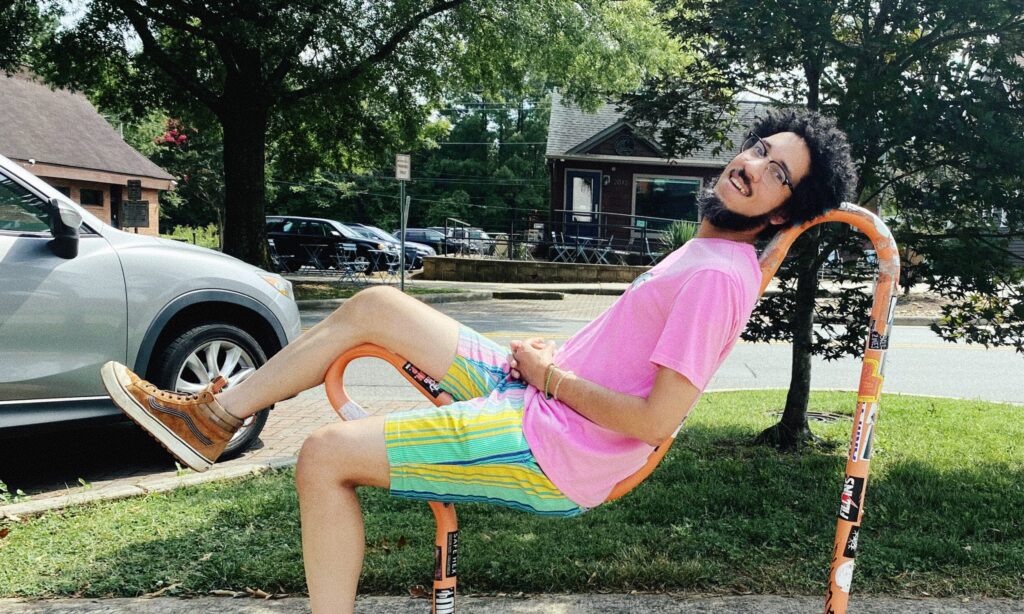 Sean Padilla of The Cocker Spaniels (photo by Nathaniel Arcadipane)

The Cocker Spaniels Are Still Alive and So Are You is out 8/13 on Evil Island Fortress; pre-orders for a limited edition cassette are available now on Bandcamp; “Racism Priest” is streaming on all major platforms.