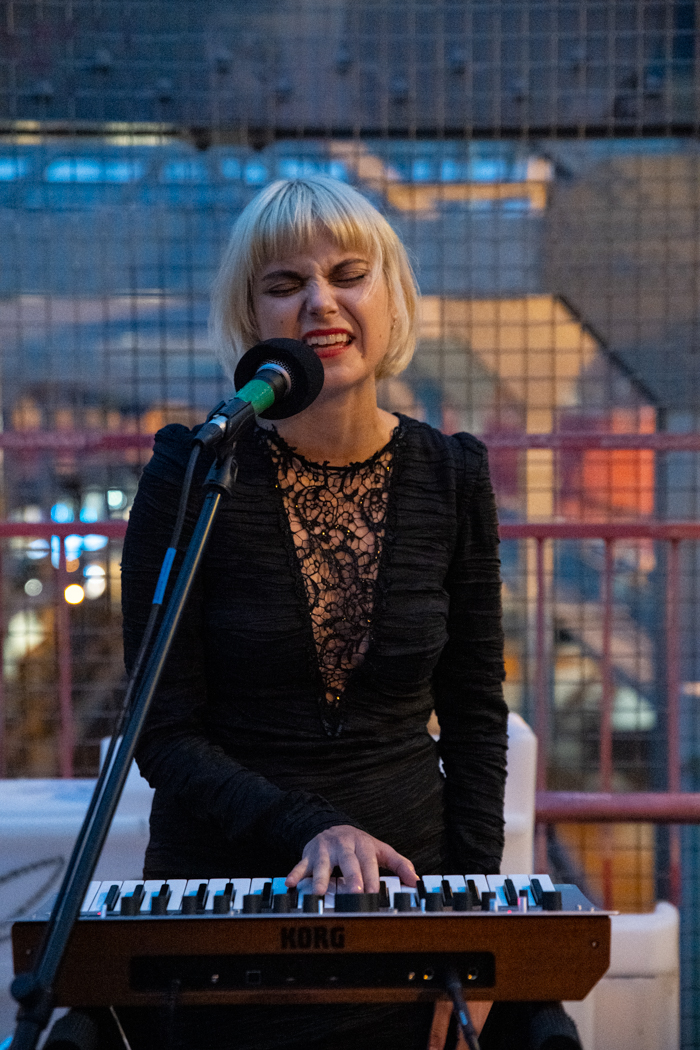 I love seeing music any time, any place, and I will never not love going to DIY events. I very much stand by these statements and put them to the true test as I walked up the pedestrian ramp of the Williamsburg Bridge at 4:30am this past Sunday 8/29. This was a show that absolutely takes the cake in earning the title “DIY as fuck,” and was in one of the most interesting locations I’ve ever seen a show. It was booked by Jordan Michael Iannucci, who has been doing a regular series of outdoor shows in Joseph F. Mafera Park, as well as a few of these pop up style shows in various locations.

Before the show a lot of helpful info was posted, and there was a meetup about an hour prior at a bar near the bridge where a guide would meet folks to lead them to the event (I opted to skip this and just got to the site on my own). I really love the bands playing so wanted to go anyway and also I was just supremely intrigued at how a show was going to go down in the middle of a fucking bridge that early in the morning. Was it going to be acoustic? Amplied with drums? I knew I would very much regret not going so I made sure I was there, regardless of time or level of exhaustion. 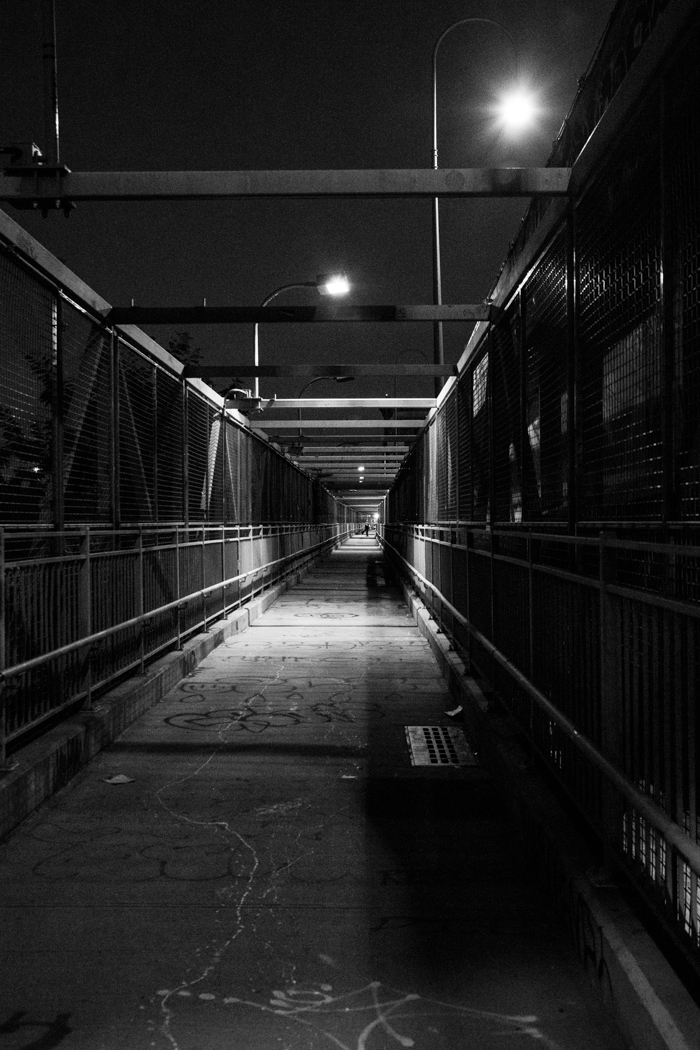 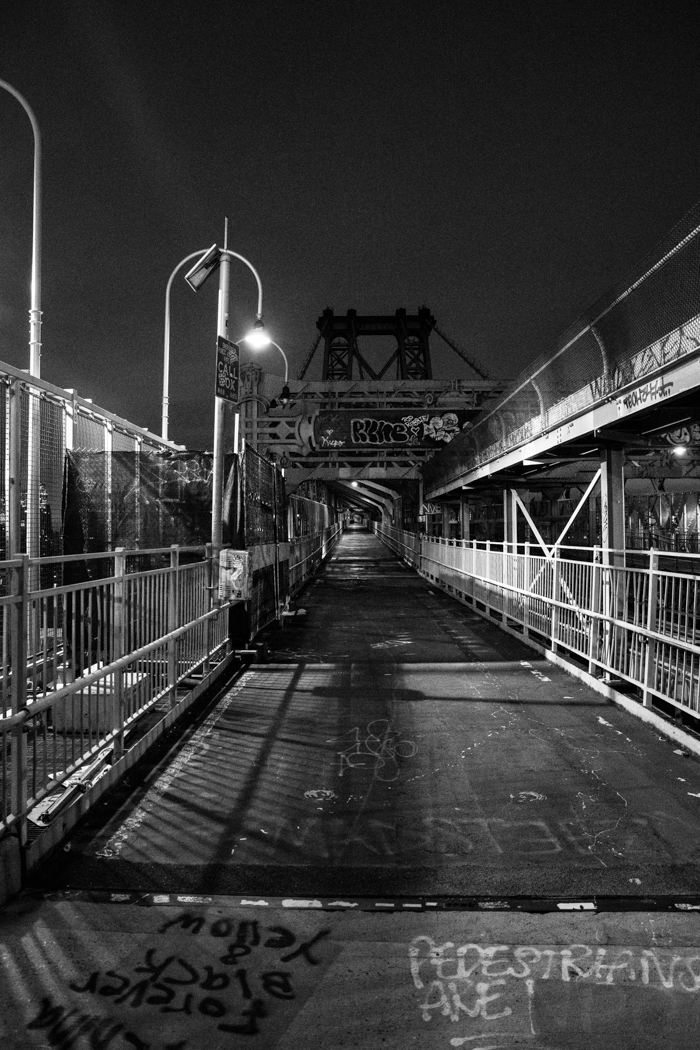 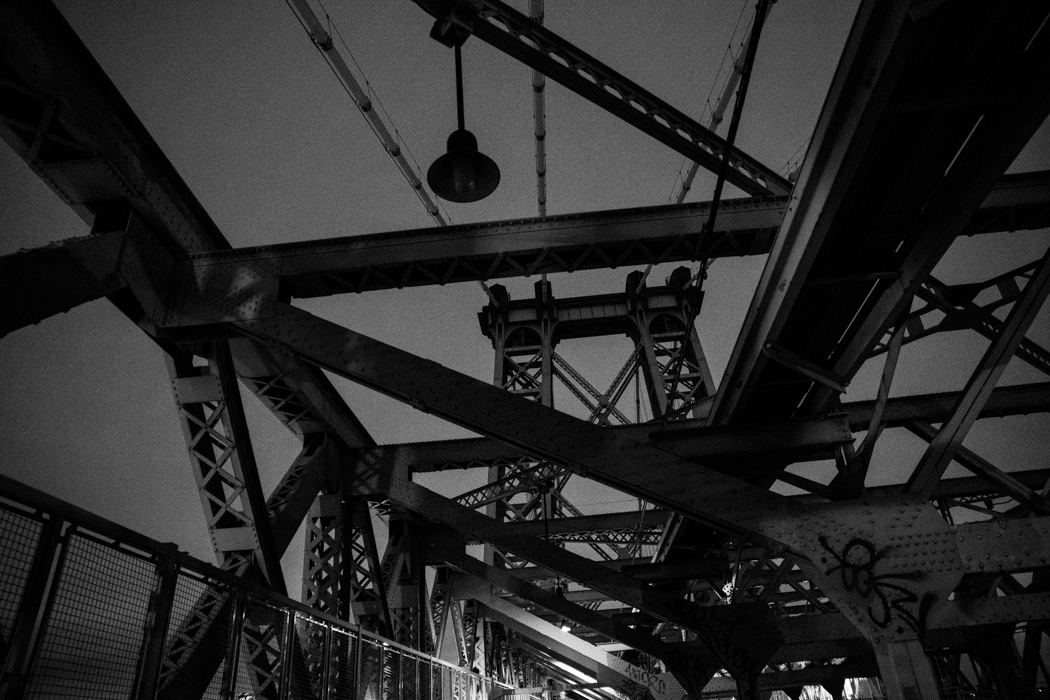 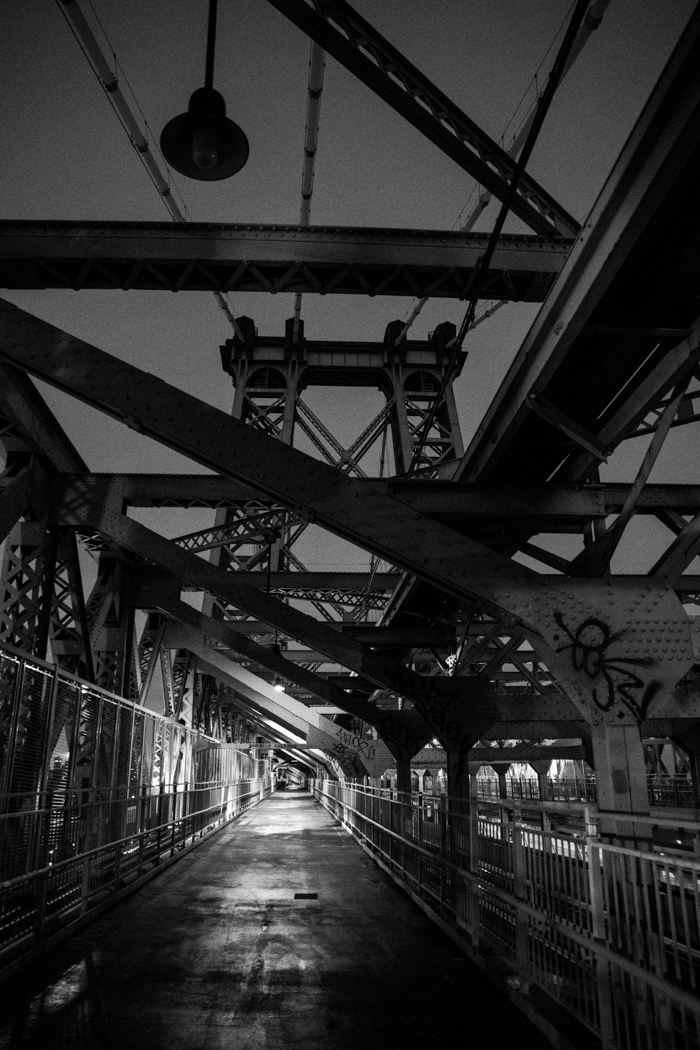 The bridge is a little spooky at night.

I was in fact pretty exhausted as I’d just come from spending the day in Rockaway Beach where I saw two other shows (see pics here) and I probably should have napped before going to this one but I stubbornly refused. While that definitely would have helped me feel physically more comfortable, I had a great time regardless, even if my knees were killing me by the end and I was a little loopy with tiredness. It had been quite some time since I’d walked across the bridge so that was fun too, the adventure of getting there, “there,” being the exact middle of the bridge where the crossover between the pedestrian and bike paths meet. 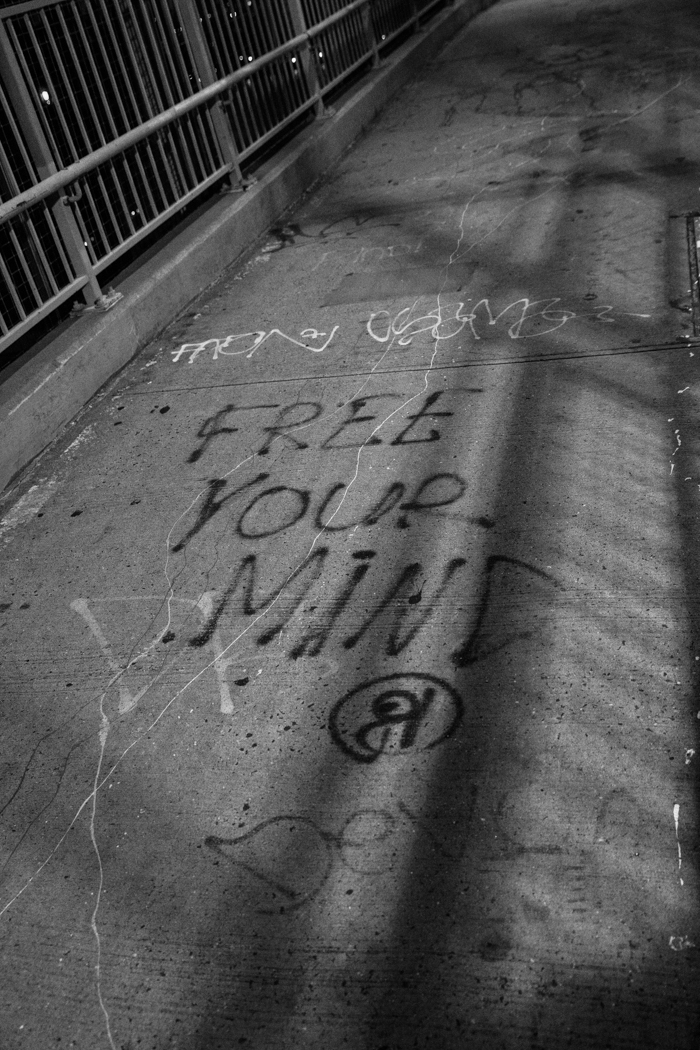 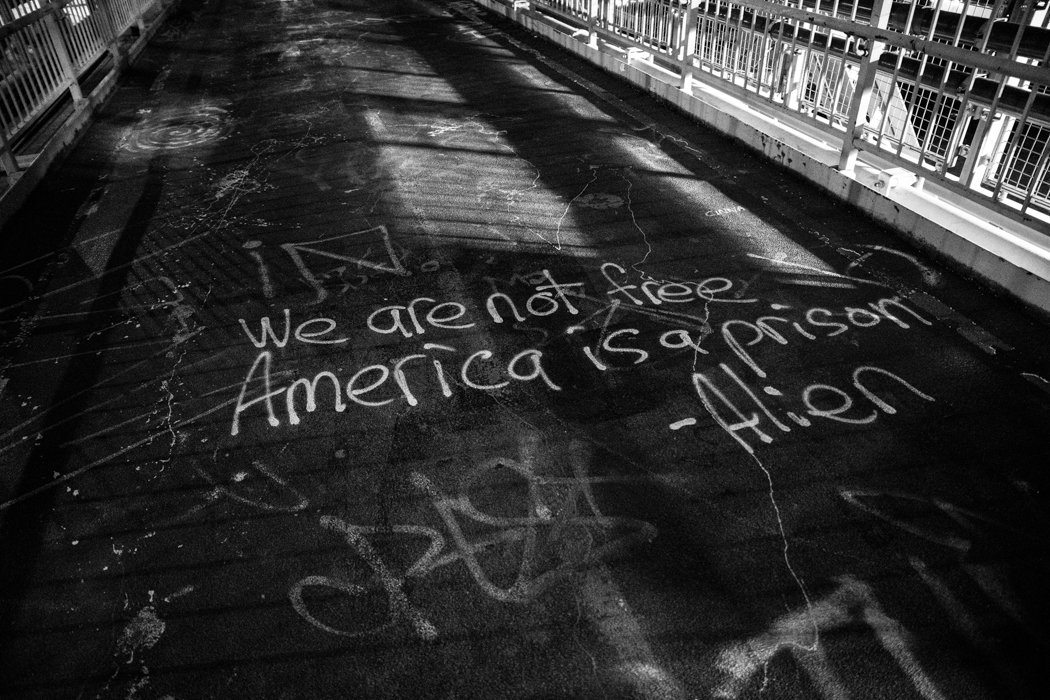 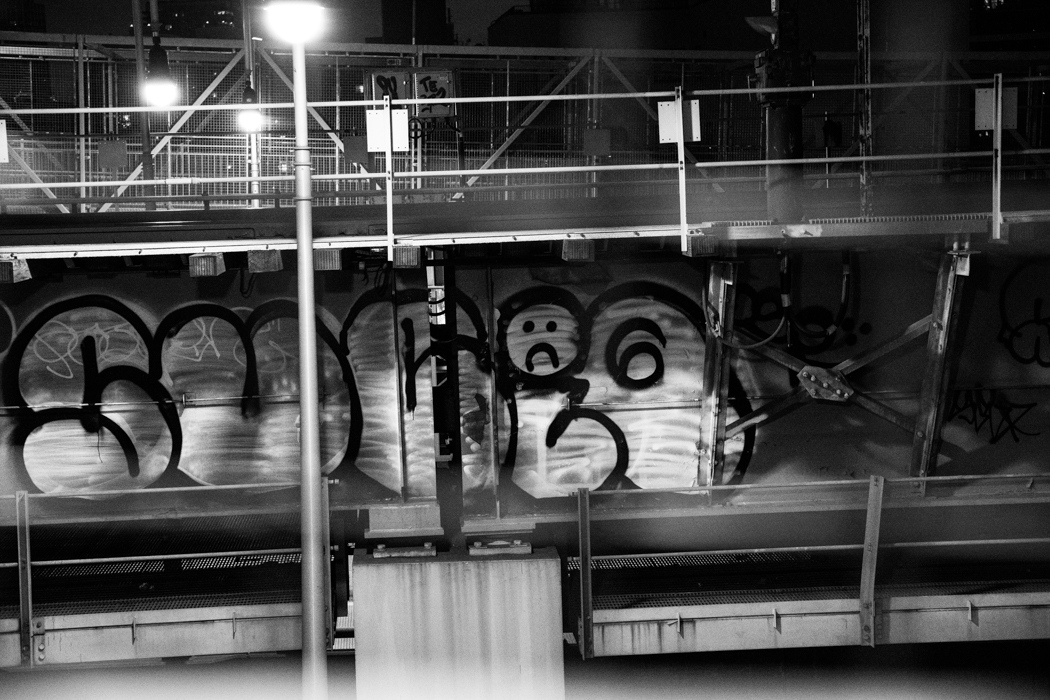 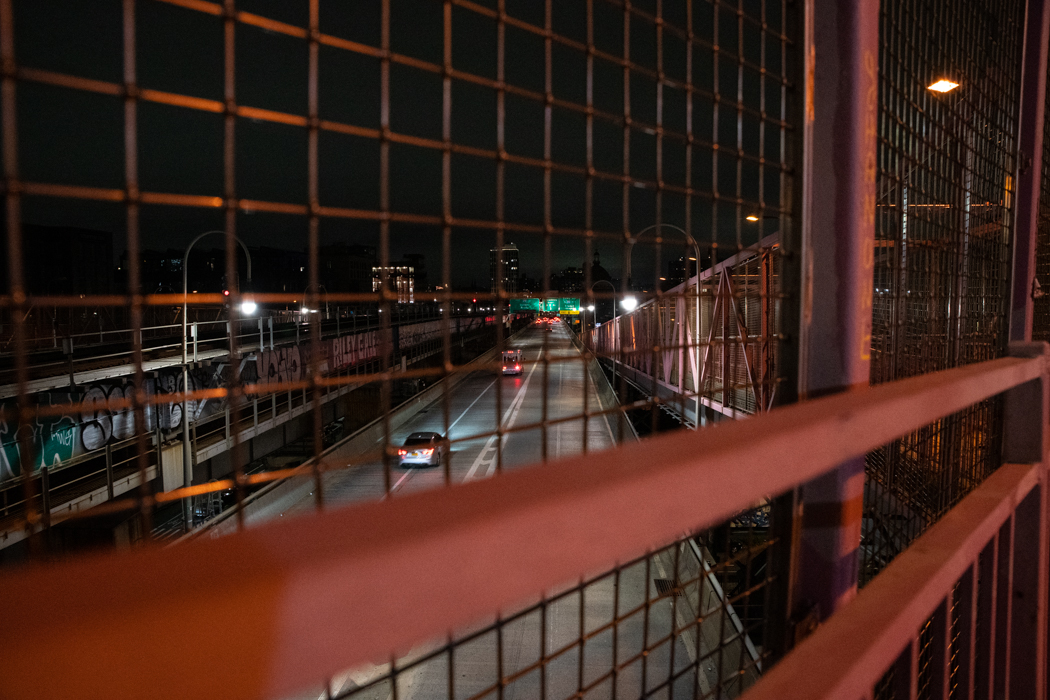 As I walked up, a group of about twenty or so people had already gathered as minimal political post punks Privacy Issues were getting set up and more people joined as the time got closer to start. They were one of the very last bands I saw about a week before NYC shut down when they played at Union Pool, also with Control Top (I covered that night for Brooklyn Vegan), and I really love that their first show back was on the bridge at five in the morning. Turns out this show was fully amplified with drums and a PA, and was powered by a very small and quiet generator (I would love to get one of these myself in fact), so it was full on show essentially floating above the middle of the East River. At 5:02am they began their set and played much of the material from their self titled 2020 EP. They were due to tour behind the release when the pandemic hit so they unfortunately never got to do that. While one show can’t take the place of a tour, or make up for everything being on hold for a year and a half,  this really is one hell of a way to come back to playing again. 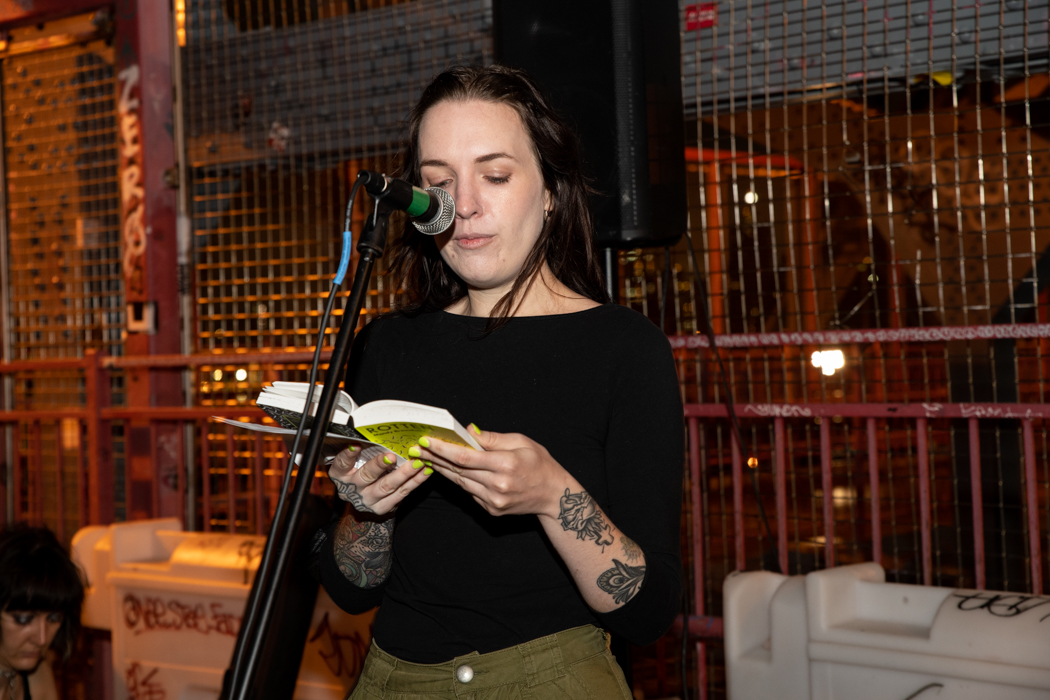 Between sets Mandy Brownholtz did a reading from her novel, Rotten, which is about surviving sexual assault in the D.C. DIY scene.

Ali from Control Top played next and did a set of re-interpreted songs from her band, slowed down new wavey synth versions of a handful of songs from their catalog. While I would have loved to have seen the whole band giving one of their explosive performances on the bridge, this was a really interesting and unexpected treat to get to hear these songs I know so well in a radically different way. My favorite was the reworking of “Covert Contracts,” (the original version is also my favorite from their 2020 album also called Covert Contracts) which went from fiery with an intense urgency on the record, to a more contemplative, introspective slowcore jam. She said this was likely to be the only time the songs would be performed this way so I’m really glad that I made it out for this. 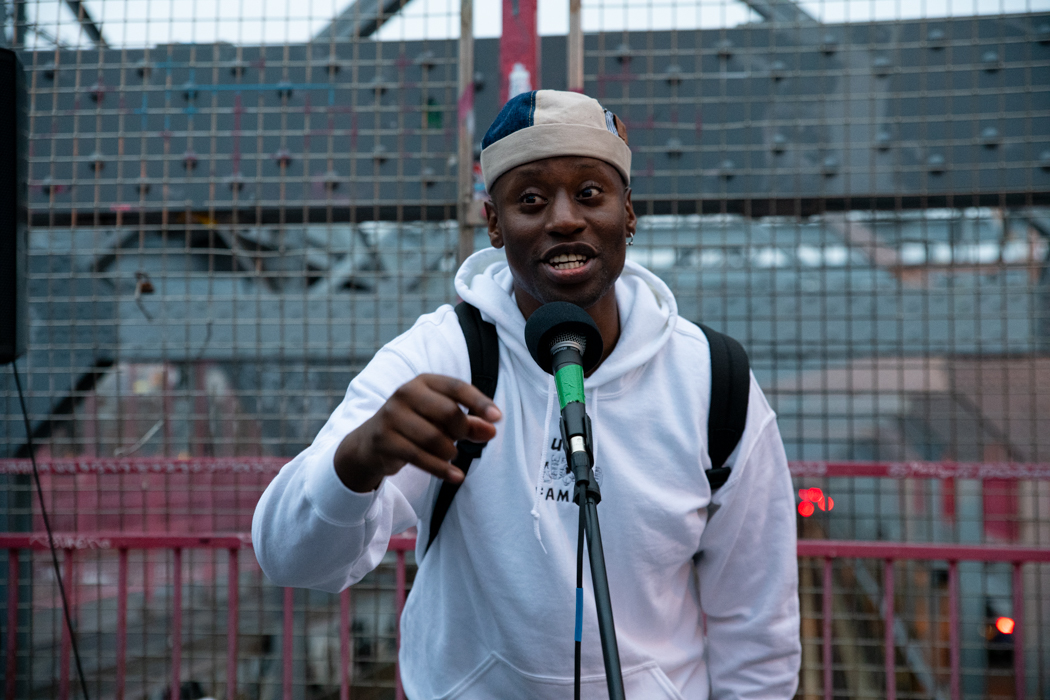 Steven happened to be biking by and saw the show so stopped to watch. He is a poet and asked if he could read a poem which he did after Control Top’s set.

The sun rose during Control Top’s set and by time she was done and Steven had given his reading, it was 6:22am. The attendees hung back chatting and catching up with friends for a little bit before one by one starting to shuffle home, myself in a half zombie state and ready to finally get in bed. DIY spaces and events have been in a real chokehold the last several years as gentrification continues to tighten its grip around our cities. Venues and DIY spaces have closed in droves not even related to the pandemic, and yet the culture still survives. No matter what life throws at it, DIY culture does always find ways to survive and thrive so I knew the pandemic would not affect things as drastically as some others feared.

As things have started turning the corner, this has been one of the few good aspects of all of this, seeing the ways people are taking advantage of a time of lower enforcement by the NYPD and more good will from neighbors who have been starved for music and culture too. I have loved seeing shows on rooftops and in backyards, on front stoops and out in the middle of the sidewalk on a slow day in commercial areas. This is a prime example that when life hands you lemons, you make some damn lemonade. Sure shows in venues are harder right now, but there is always another way, even if that way is on a bridge at the crack of dawn. 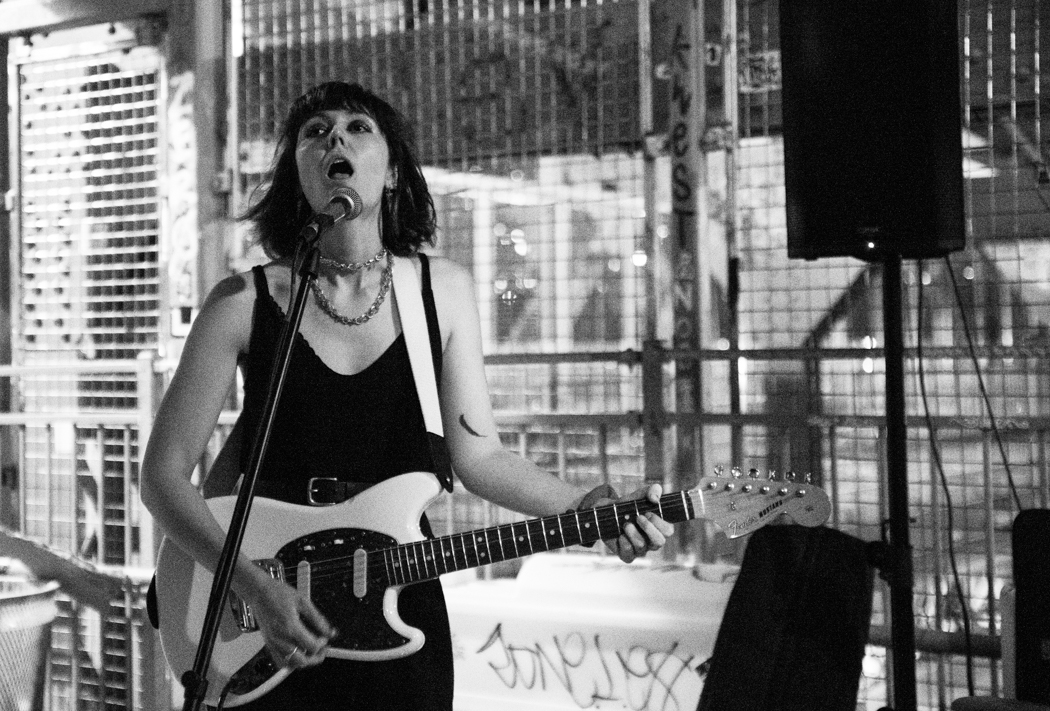 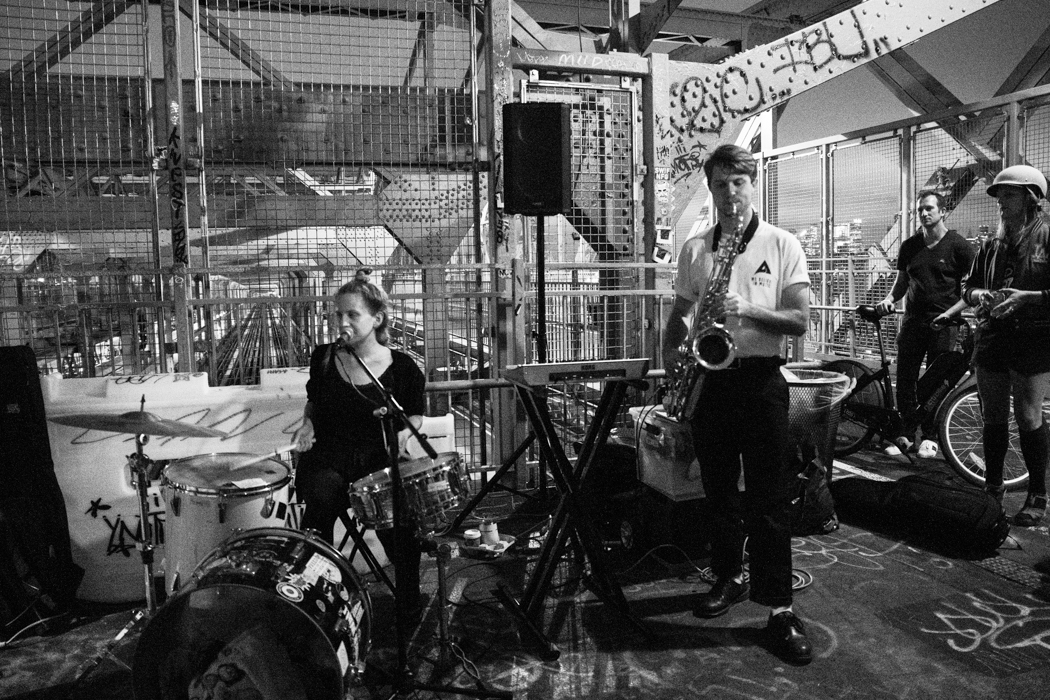 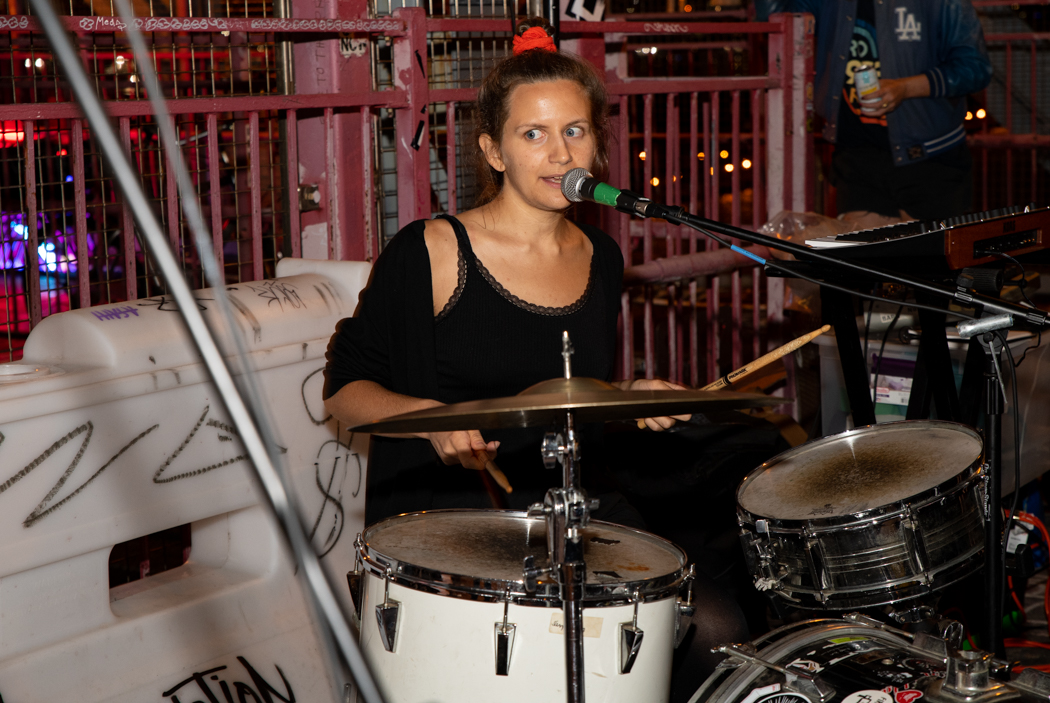 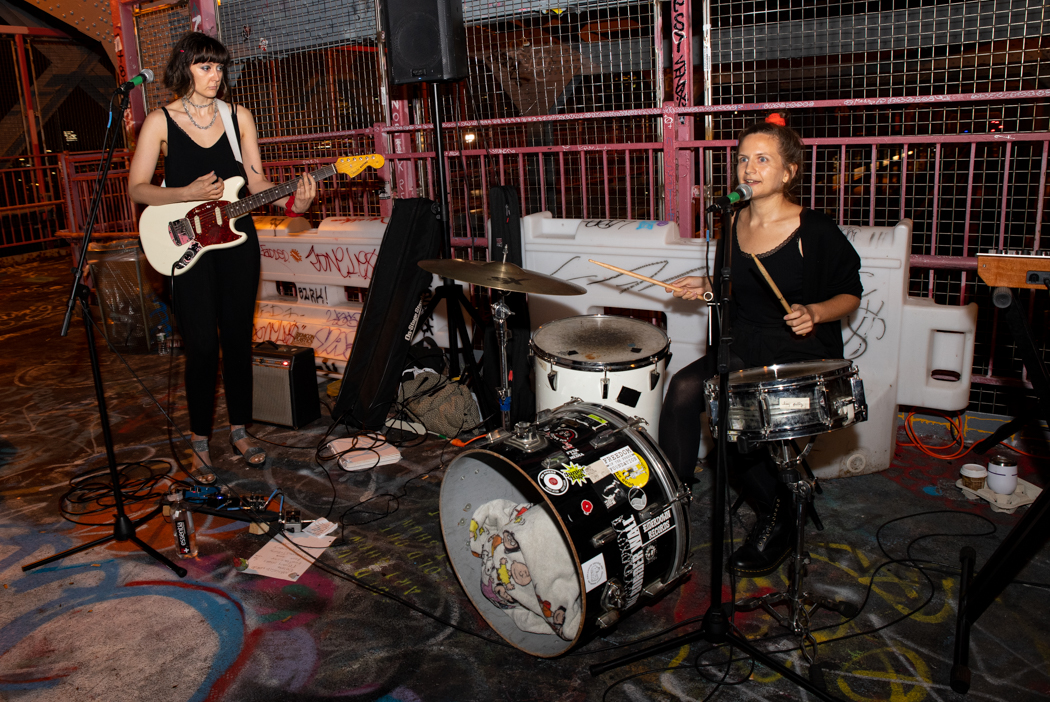 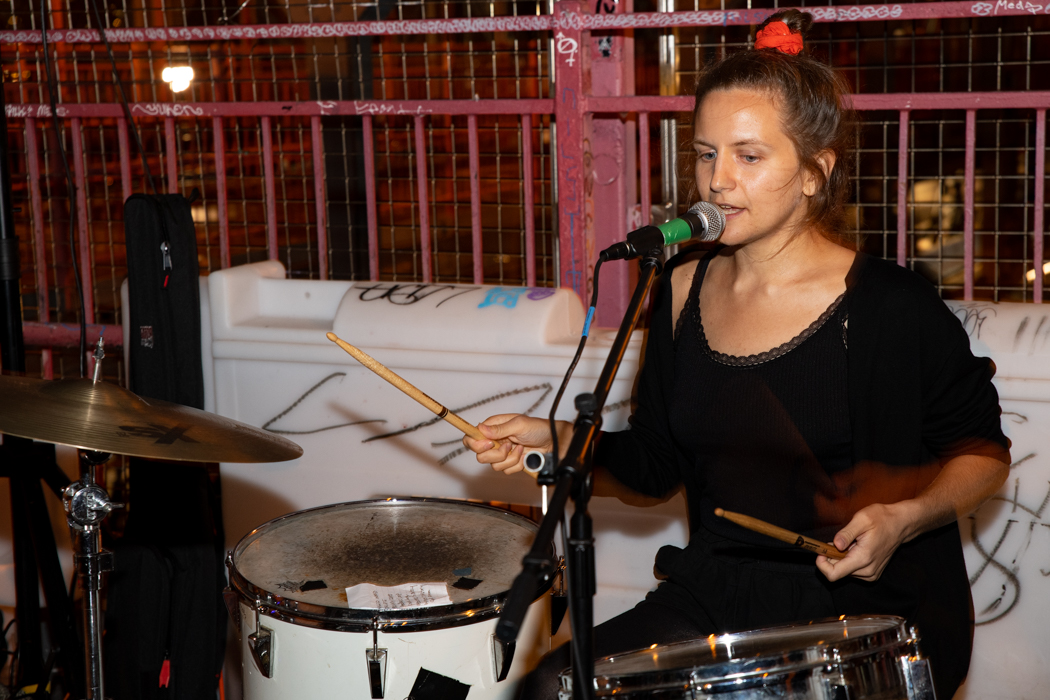 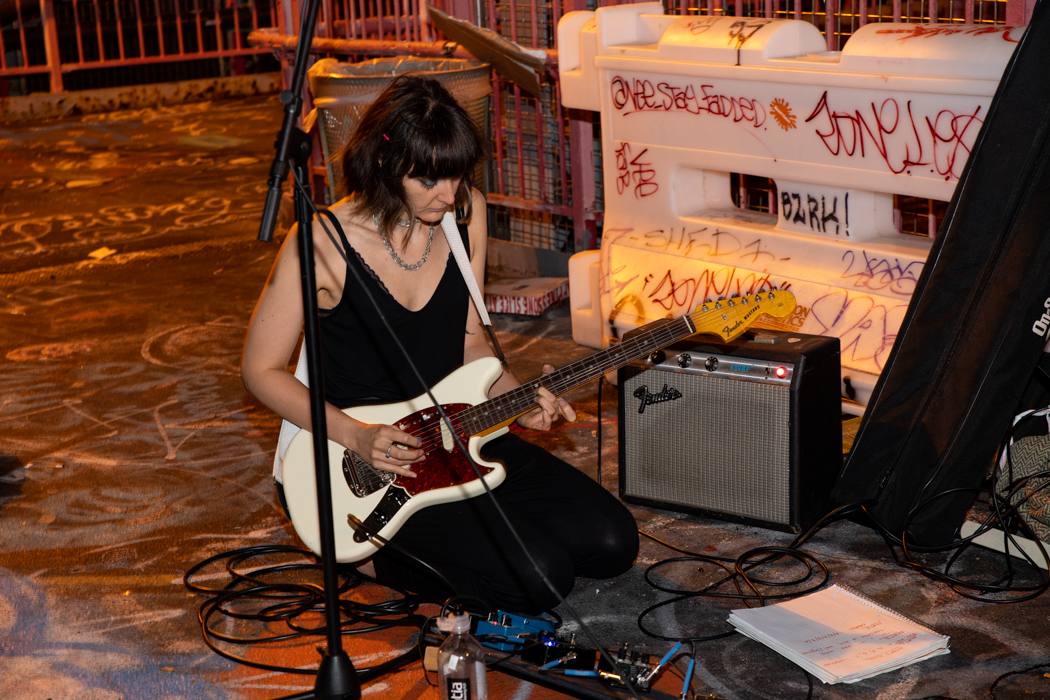 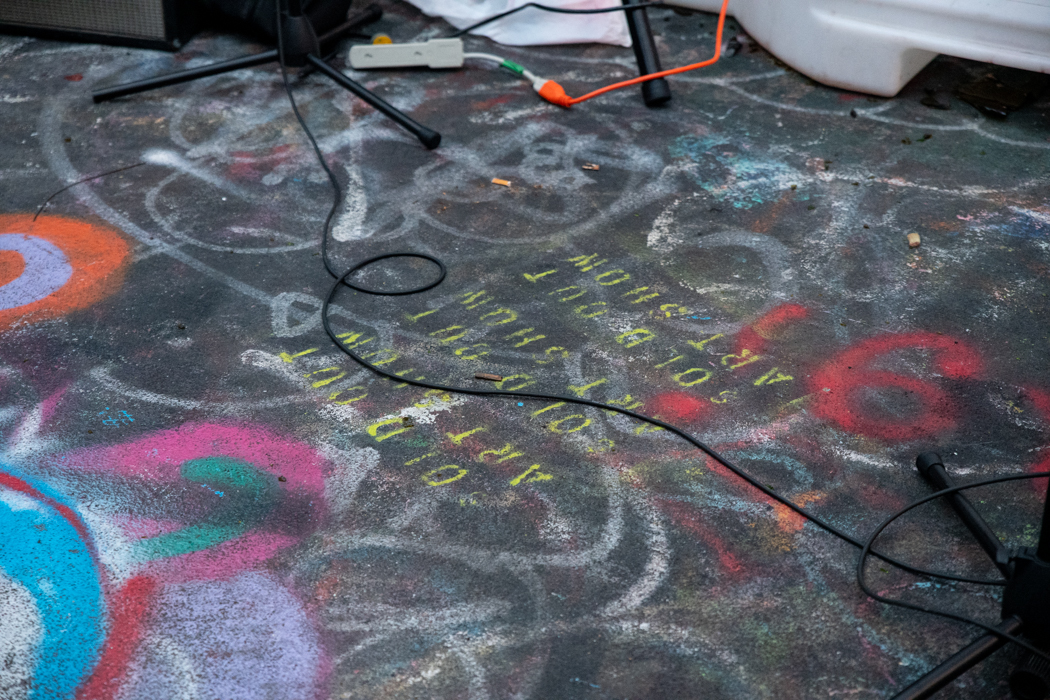 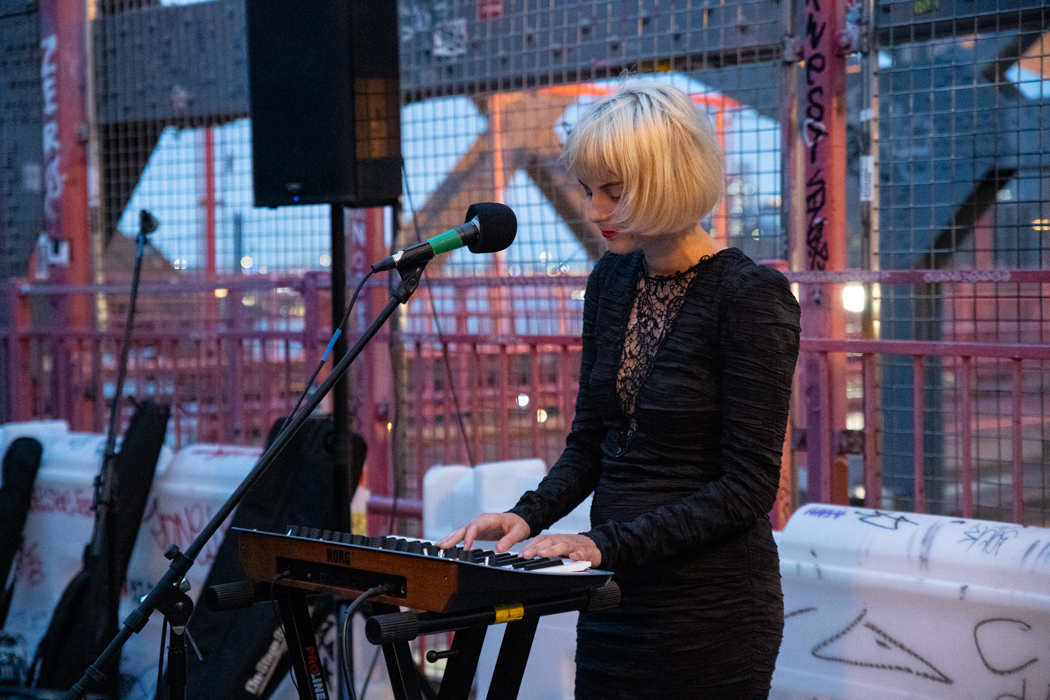 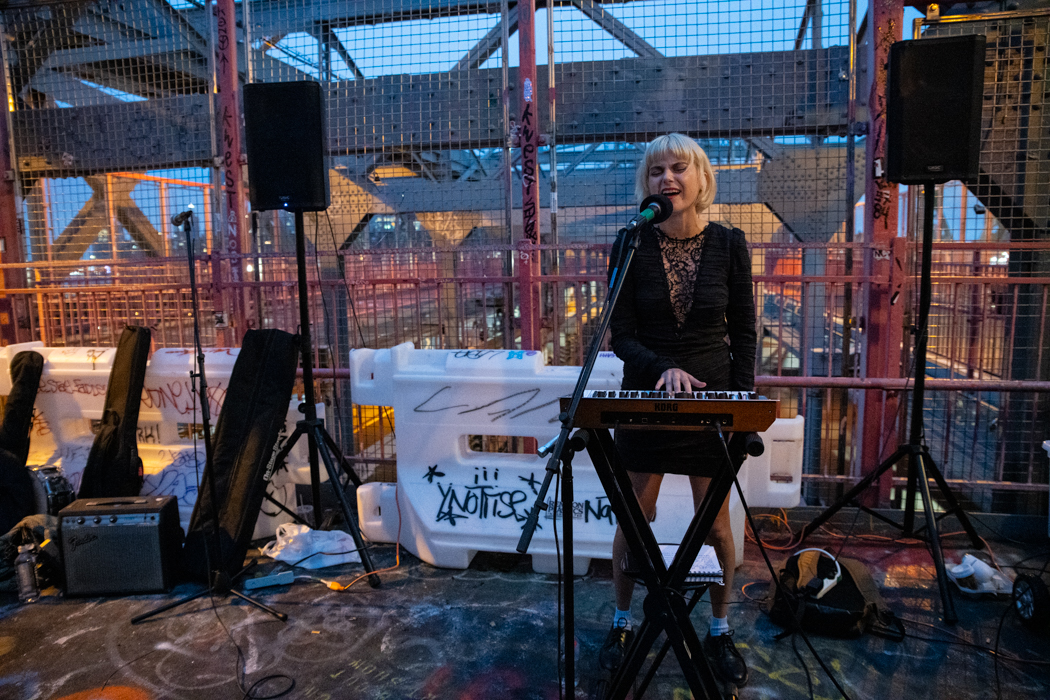 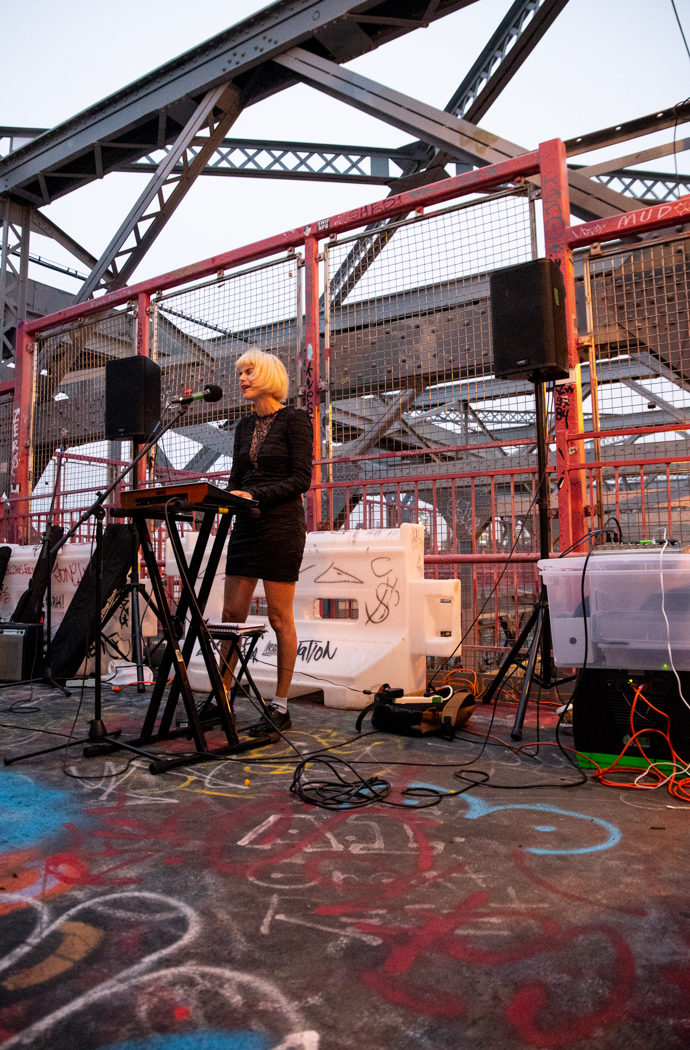 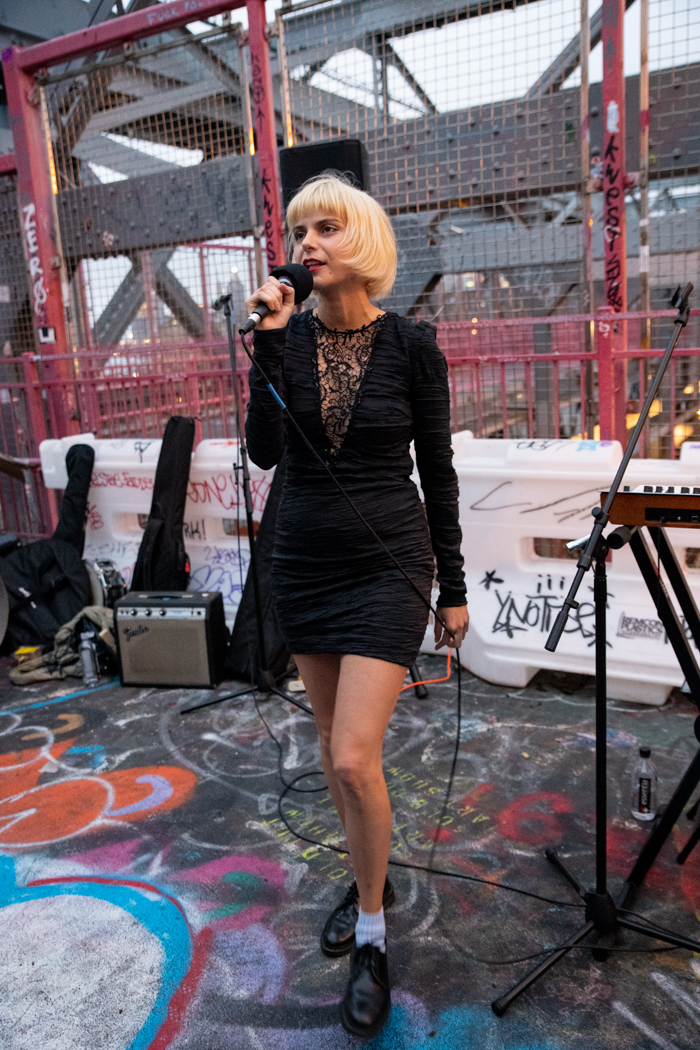 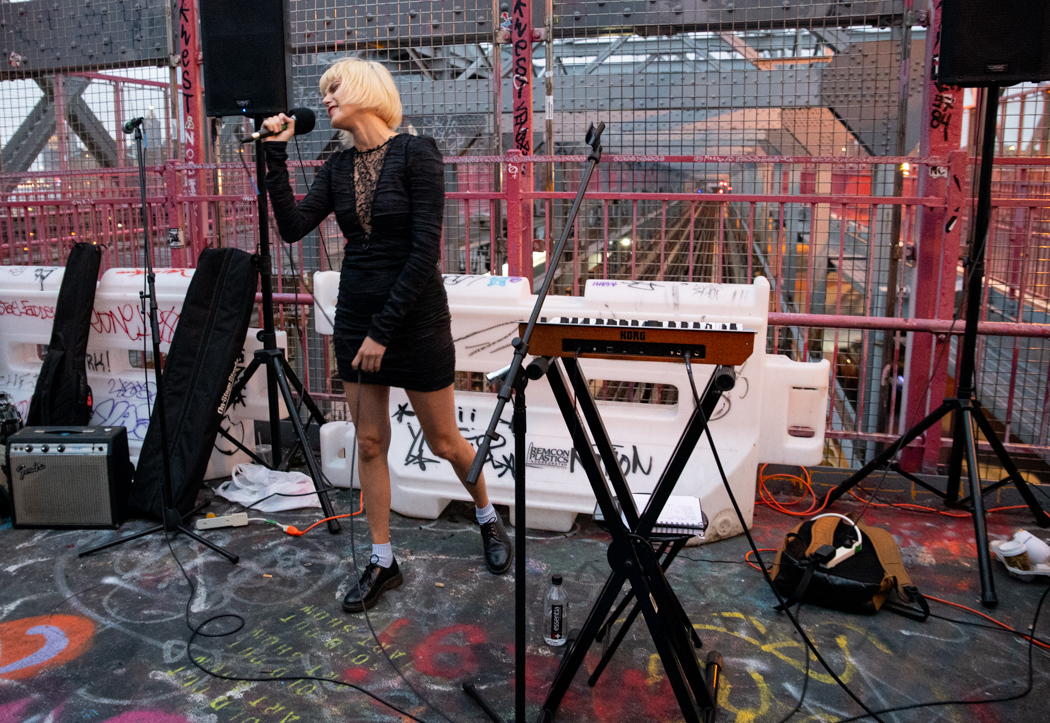 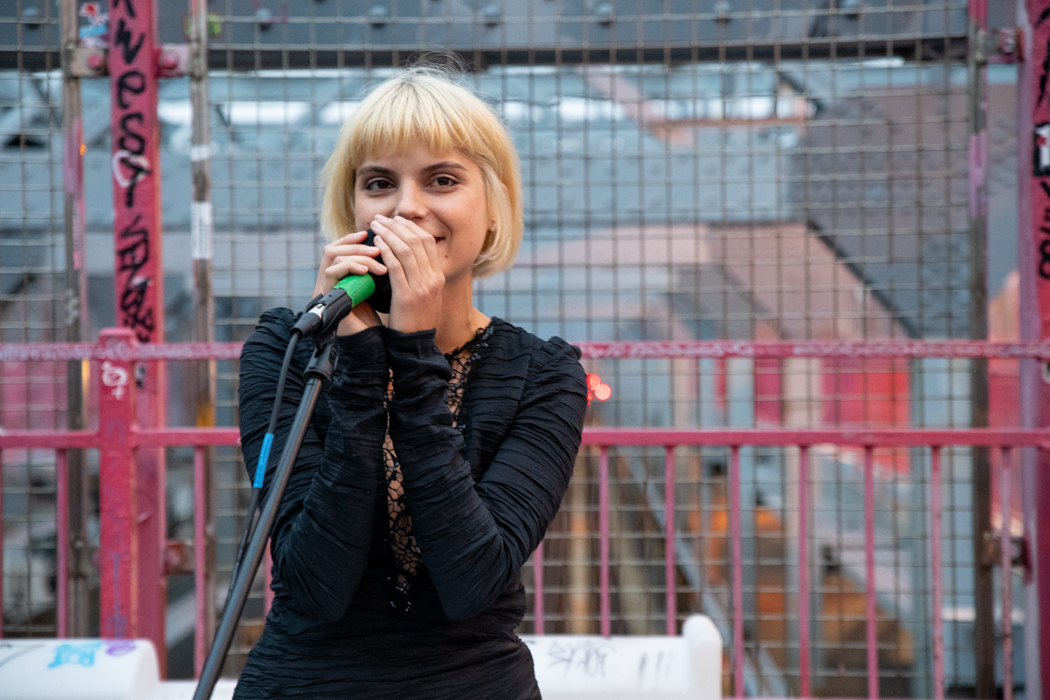 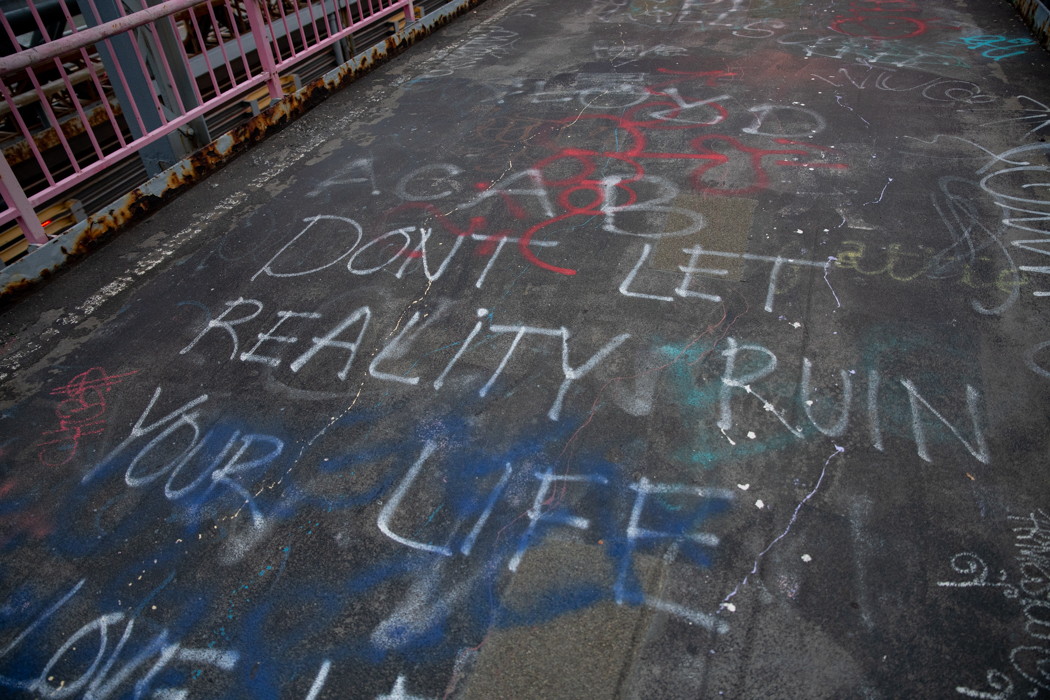 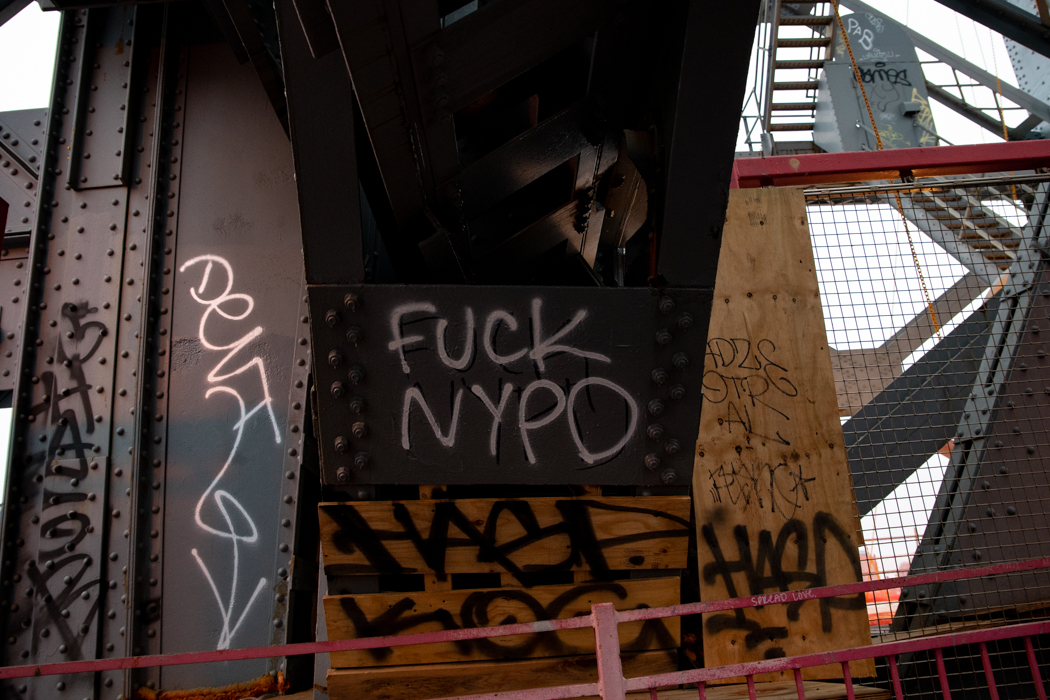 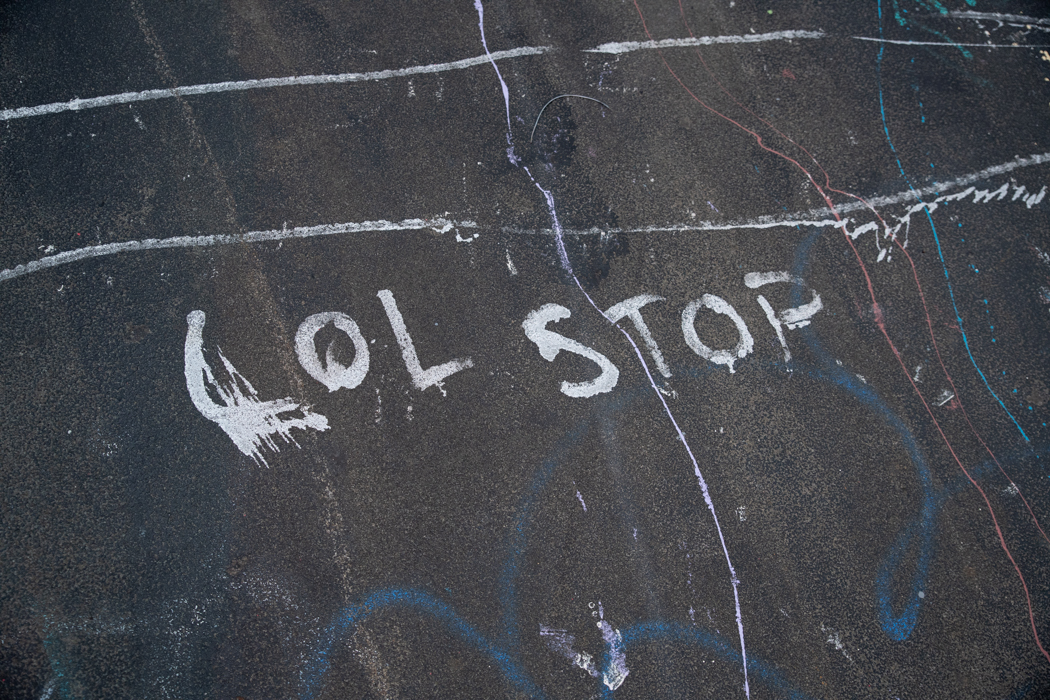 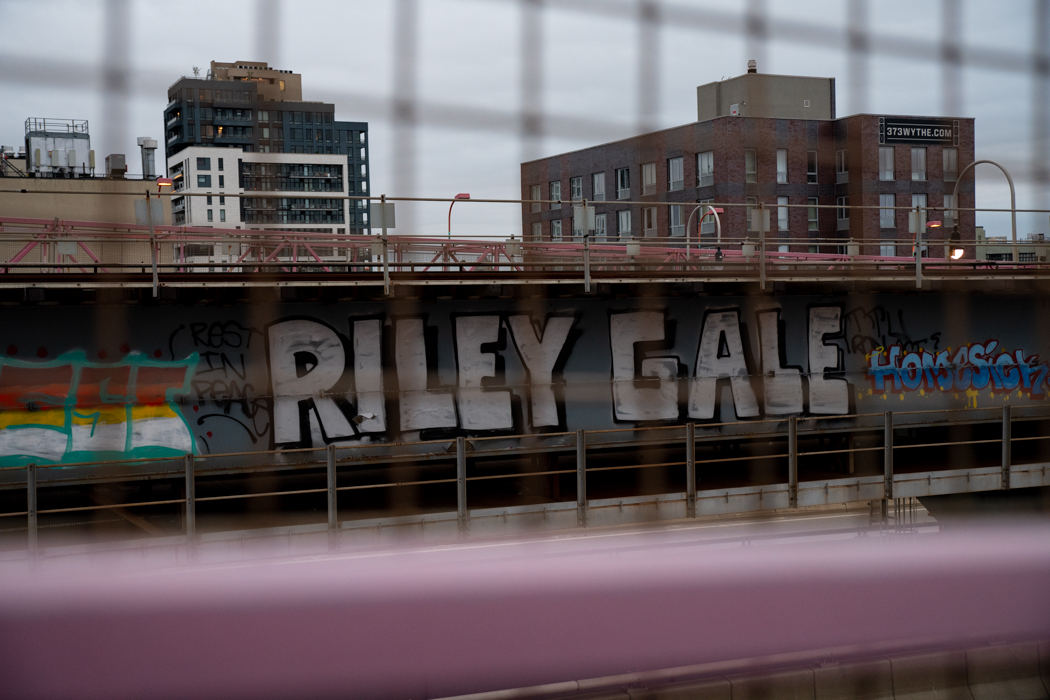 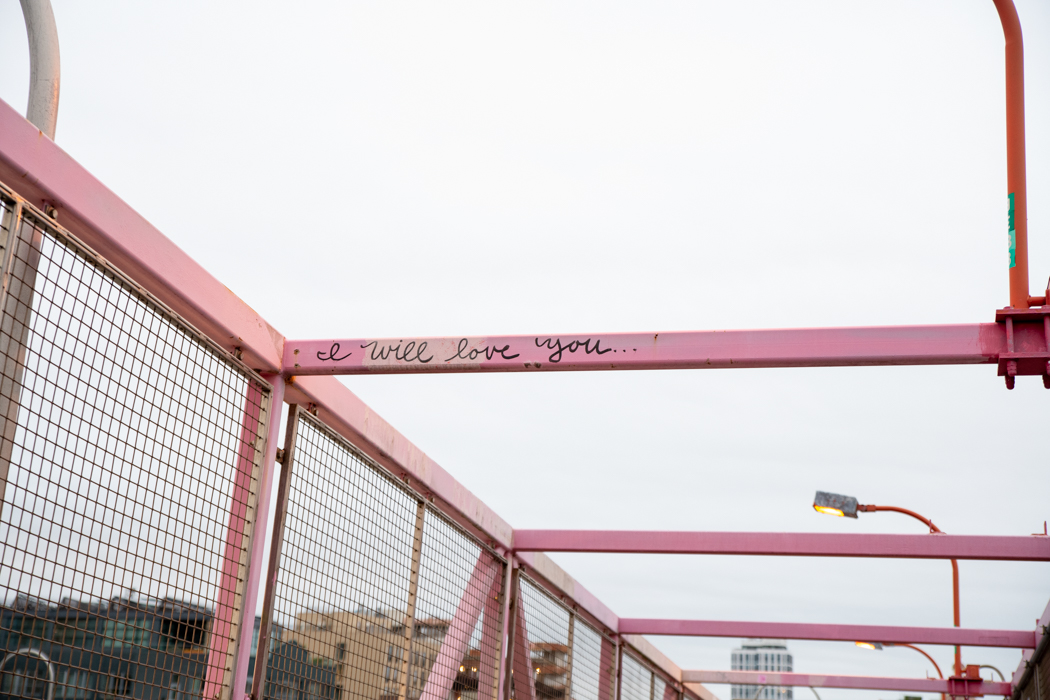