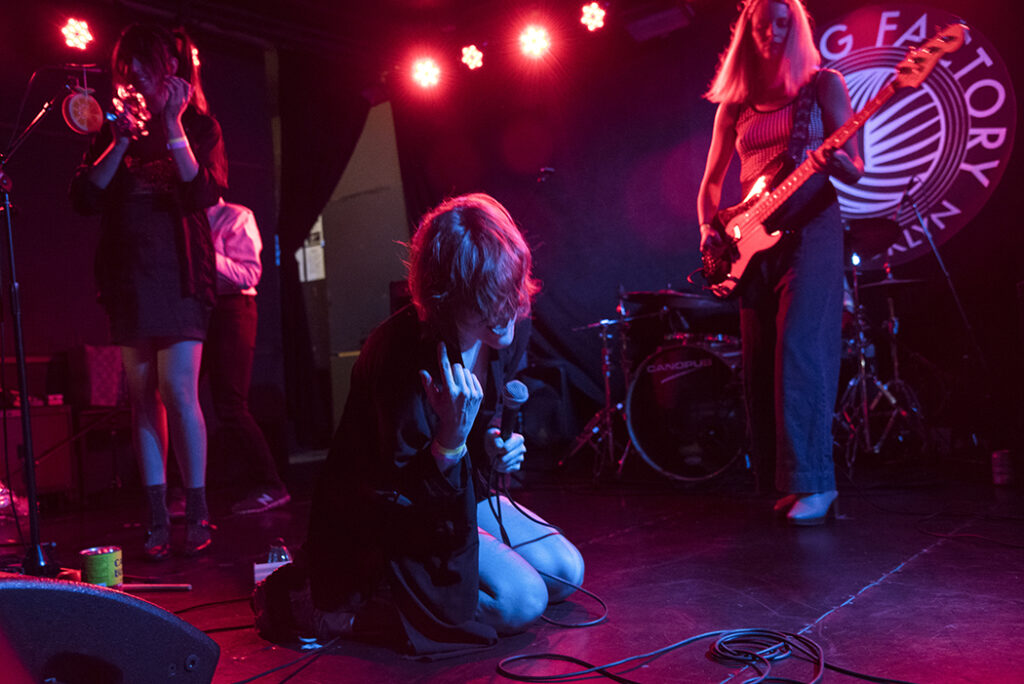 The first time I saw Gustaf perform in 2018, I wasn’t entirely sure just what the hell was happening for at least the first three songs of the set. Which I realize now may have partially been the point. There was a lot going on: multiple singers- one of whom often drastically warps and alters her voice via an effects pedal- coffee can percussion, throbbing bass grooves, spitfire stage presence- so it took me a minute to catch up. Once I got myself oriented, I was immediately won over and knew I was seeing a band that was not just pushing the limits, but tearing the very concept of limits to shreds. In the time since that show (not counting the pandemic of course) they have tirelessly pushed to build a reputation as not only one of the hardest working, but also one of the most innovative live bands in New York, a title they well deserve. But while this was the case, their recorded output remained completely nil until they put out a two song single at the end of 2020, Mine.

Now with the release of their new single “Book,” the wait for an LP will soon be over which is welcome news to the devoted fan base they have built at their shows over the last few years. With the release of the song they also announced that their debut full length, Audio Drag for Ego Slobs, is due out this fall ahead of a string of tour dates they have scheduled. Fans are clearly hungry for new music from them as the song has already generated over 13,000 streams at time of writing, just over a week since the release of the song.

Musically, they perfectly pull off a rapid fire motorik feel that is a bit peppier and at a higher intensity level than the two other singles they currently have out. This is art punk at its finest, absolutely drawing on the seminal post punk bands of the past like The Slits and Delta 5, while somehow also taking any potential influences and turning the sound completely on its head. The song moves along at a steady clip with the bass and guitar pulsating back and forth in a syncopated groove that will dig inside of your brain in a serious way. And just as the song seems to reach the ultimate crescendo, that it will definitely swing back around to a dancey outro, it stops dead in its tracks and is over, the band once again pushing against any expectations on how a song “should” go.

The lyrics describe being pushed to the edge and things coming to a head, and not being able to go back to whatever there was before, “I can’t return, I won’t return, I can’t go back to your life again”  which is a feeling just about anyone can relate to after the end of any relationship be it romantic, friendship, artistic, or otherwise and just being so completely DONE.

Be warned, the insistent pulse of this song will get stuck in your head for hours afterwards, you won’t be able to listen to this just once, trust me on that.  If this first single is any indication, this album is going to be just as exciting, weird, and wonderful as seeing them play live and I can’t wait. 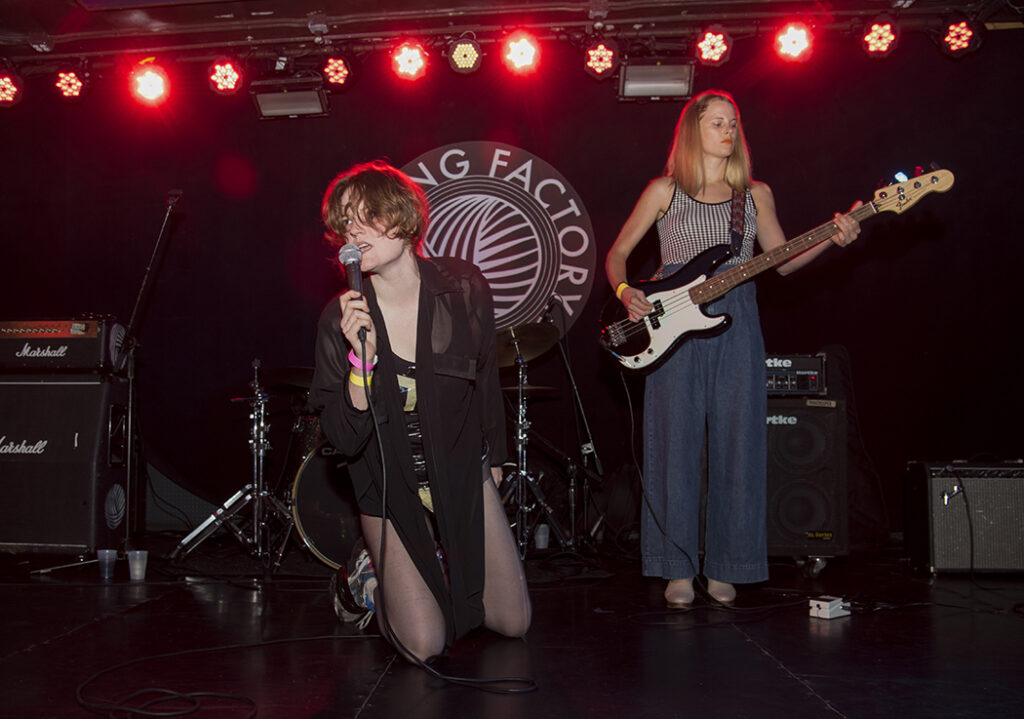 “Book” is available to stream on all major platforms now. The full length album Audio Drag for Ego Slobs is out October 1st on Royal Mountain Records, pre-orders are available now via Bandcamp.

The band will embark on a lengthy fall tour, supporting IDLES for most of their US dates in October before heading to Europe for solo dates and a handful of dates supporting Pillow Queens.