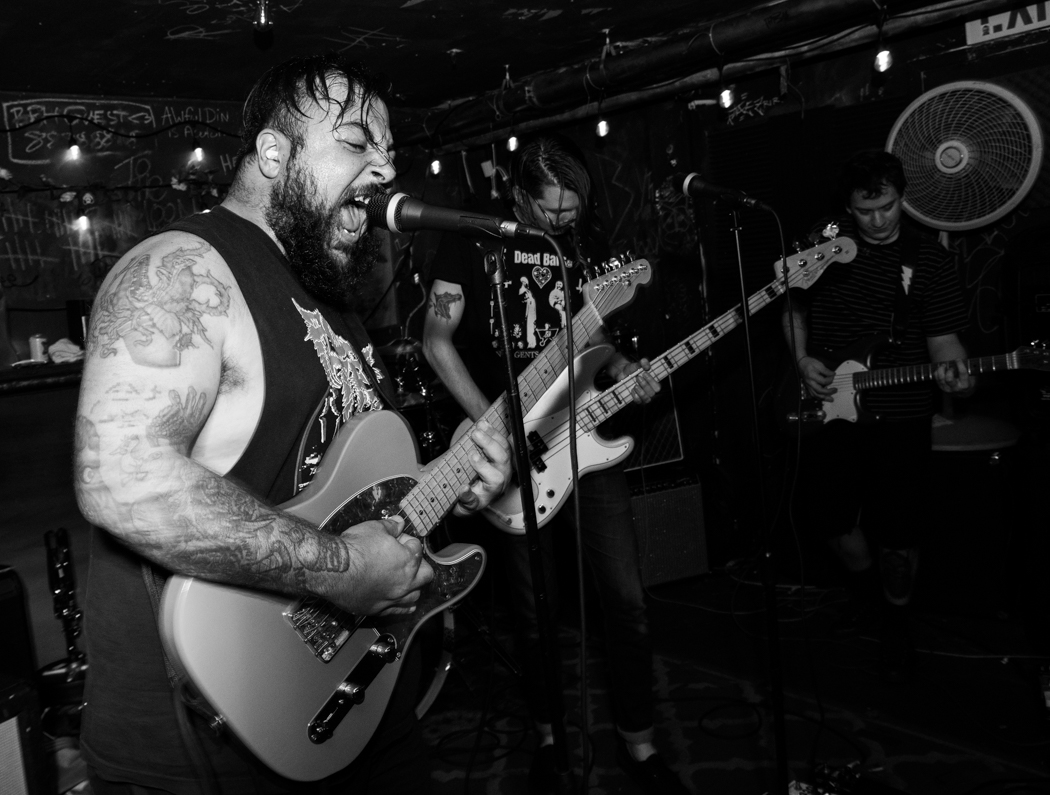 As a hurricane is bearing down on your town, what is one to do? Head to the punk rock show of course! Wait….is there something else I should have done as Hurricane Henri started dumping buckets of rain down on New York? Apparently I missed the memo on “responsible adult behavior,” because heading to the punk show was exactly what I did and I have no regrets. I got absolutely soaked through on the four walk block from my car to the venue, and the drive home was full of gigantic puddles, but still…..yeah definitely no regrets.

Bushwick Public House is a venue I have been to many times in the past, and in fact played multiple really awesome shows at with an old band, but I hadn’t been there in quite some time, even before the pandemic. It is technically not a DIY spot, in the truest sense anyway, as the show space resides in the basement of a thriving coffee house and bar, so it is part of a legit legal business. But the word “basement” is the key here, and that alone gives it a real DIY house show vibe even if it’s not truly that. As with many house/DIY venues, it feels like you’re walking into a secret place, a special spot with a life all its own, a personality and character bouncing out of the four walls. This particular venue doesn’t disappoint in that sense and has delightful walls that are covered with stickers and chalked up tags of the bands that have played, the tags from my own bands and events now long since covered over in the last five to six years since I originally played there and scrawled our name out. 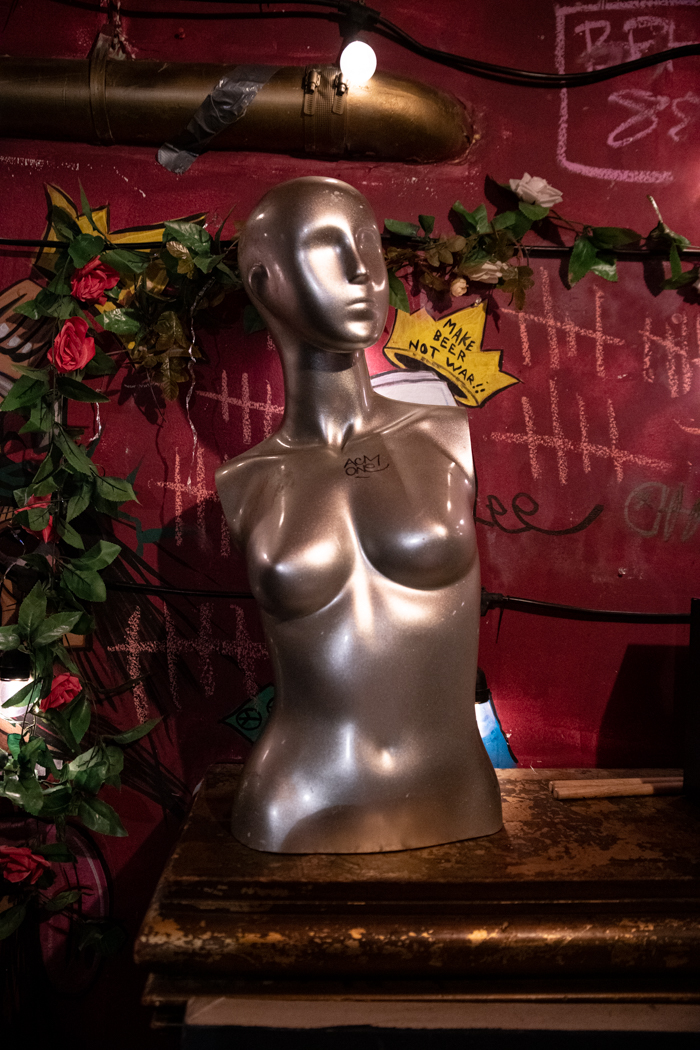 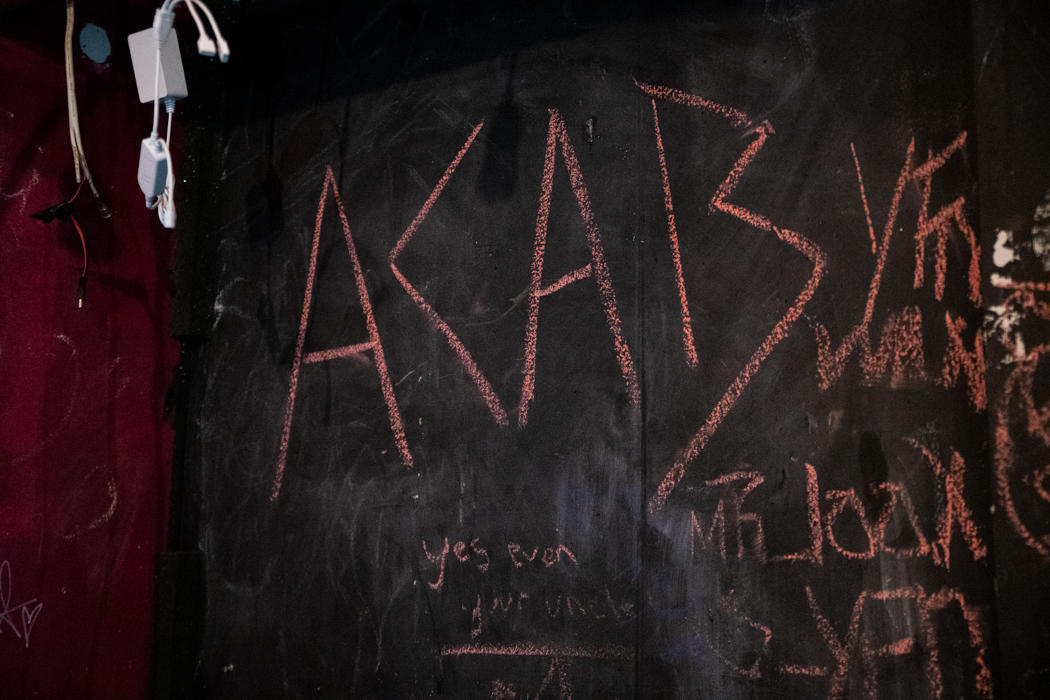 I love the character and personality of this venue.

I was very happy to return to this spot to catch this show, nasty weather outside forgotten as I stepped into this little musical oasis. I was also delighted that my favorite thing happened too, as in this was a bill that varied very widely sonically and the audience was treated to something different with each act.

First up was Gay Nightmare Support Group, which is the solo noise project of Luk Henderiks, who fronts Teenage Halloween. This is markedly different from their work in Teenage Halloween and they describe it as “harsh industrial noise made by a crazy person.” This is pure noise, completely devoid of vocals and even instruments- as all the sounds are created with various pedals- and harsh is an apt descriptor; an intense and dark wall of noise enveloping the room, this could serve as the soundtrack to a horror movie. I wonder how this would be with the addition of some beats or keys, and could definitely see some of the aforementioned horror movie images being used as projections in a performance or even live painting to heighten the emotional nature and dramatic abrasiveness of the sound.

Up next was another member of Teenage Halloween, lead guitarist Eli Frank, who also was performing with their new solo project, Bummercamp. Described as “pop goth,” I definitely heard that as well as notes of garage, indie and new wave. The songs were bouncy and fun, built around pre-recorded beats with Frank looping guitar riffs live and singing for a true one person band experience. The set showcased Frank’s catchy songwriting style as well as their infectious stage presence. Bummercamp has yet to record but hopefully will do so soon to let some of these ear worms live out in the world and not just inside of my head.

Belaire’s were a last minute addition the bill, as another band had to drop off, and I admit I was a little taken aback by them, but certainly not in a bad way. The group all looked extremely young and having never heard them or even of them, and knowing that a lot of pop punk and emo bands tend to play at BWP, I expected a band of this style. But looks are as they say, deceiving, and this is not what they are at all; I was very pleasantly surprised to be wrong about that. I looked them up afterwards to see they self describe as “alt-pop,” which is very accurate. Their sound absolutely incorporates elements of pop, but also shades of jazz, new wave, and indie rock and they all have a level of musicianship well beyond their years. Vocal duties are shared by Hans and Shanne Garcia; Shanne also playing drums. The two pair perfectly together for soulful effect with the music complimented by dual guitar work and saxophone.

Hans was also on bass that night as their regular bassist couldn’t make it. He lamented that he “hates this instrument,” which I have heard from other people who are not good bassists (I’ve uttered the very same words myself and I’m for sure not a good bassist), but he is anything but “not good” and actually handled bass duties seemingly flawlessly (though I know how as musicians, we all love to get inside our own heads on these things). This band admittedly was out of my wheelhouse, but none-the-less were a very pleasant surprise, and I love finding new bands to explore this way. They just released a bold new album, Mint, in June of this year, which includes the song “Beautiful Boy.” The song was honored with a nomination for Best Rock Recording by the Awit Award in the Philippines.

Heavy Lag is a relatively newer band, but the members are definitely not new to the music scene. They are veterans of other Brooklyn punk bands, most notably some old friends and favorites, Ellen and the Degenerates; they also share members with Depressed Mode, Up For Nothing, and High Cost. Having known guitarist Josh Goan and bassist Greg Thornberg from these other projects, I expected catchy, hooky punk and it’s definitely what I got!

Their sound is fuzzy punk pop that leans less towards slick and more towards a raw, garagey, power pop vibe, which by now, readers should probably know is way more my jam than straight up pop punk. Goan told me afterwards that the Wipers are a major influence and I absolutely heard that in their music, which they self describe as “dirt pop”. So far they have just three songs recorded and available on their Bandcamp, including the freshly released “Ditch My Shadow,” and I for one am anxiously awaiting more. In other exciting news, they will be opening for Les Savy Fav on 9/12 at Market Hotel; you can count on me being there for that.

The lesson here is bad weather be damned, good music and basement punk shows will always be the way to go, now and forever! 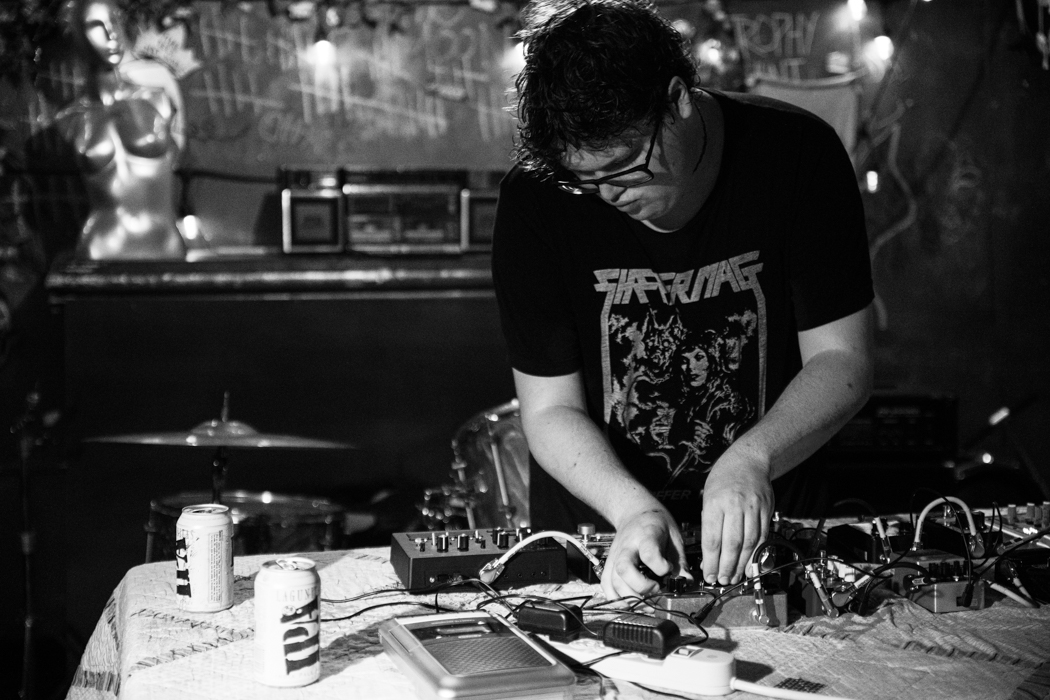 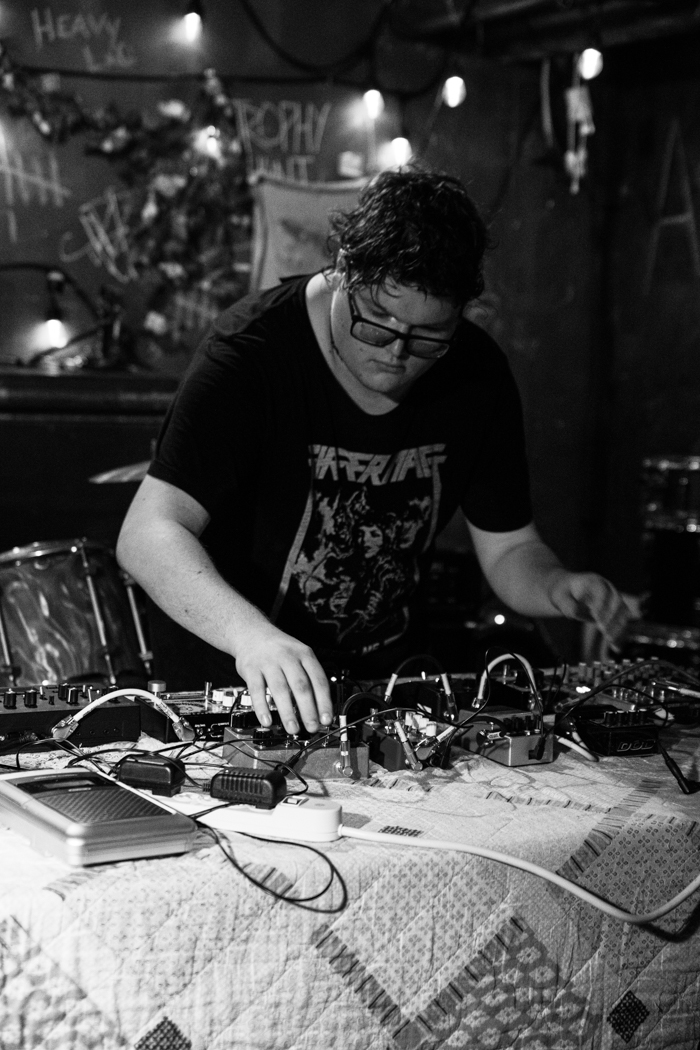 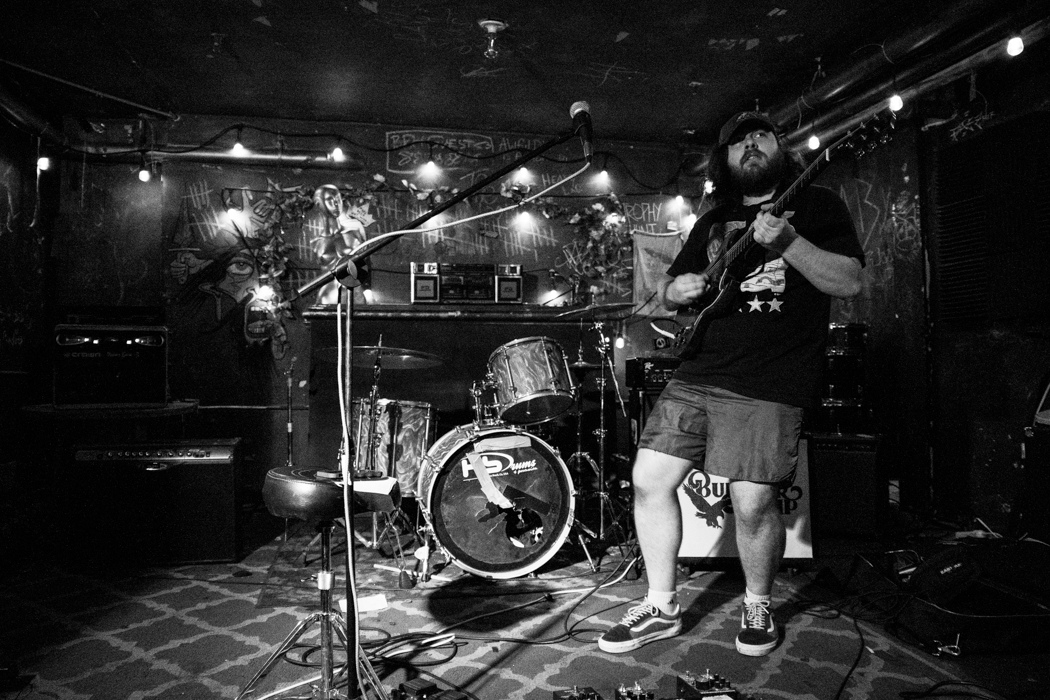 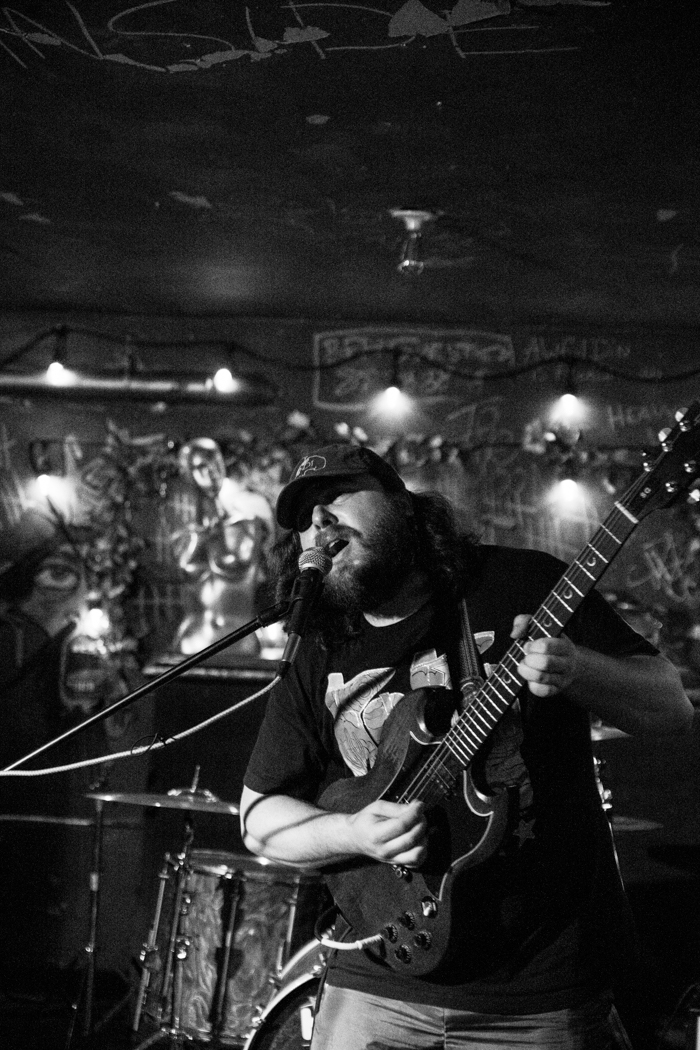 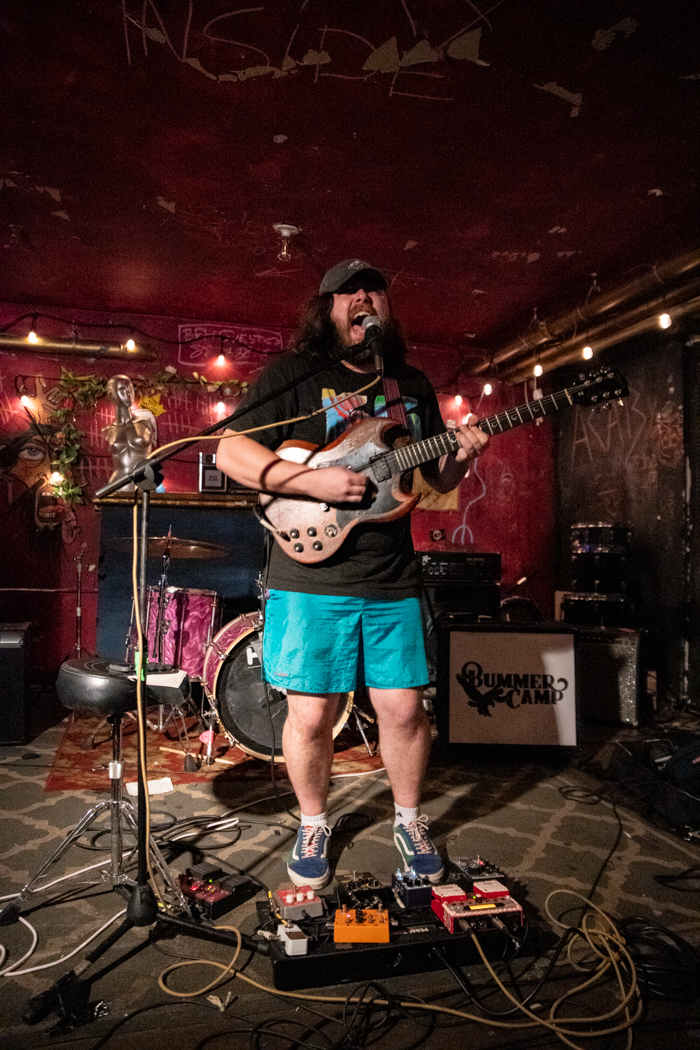 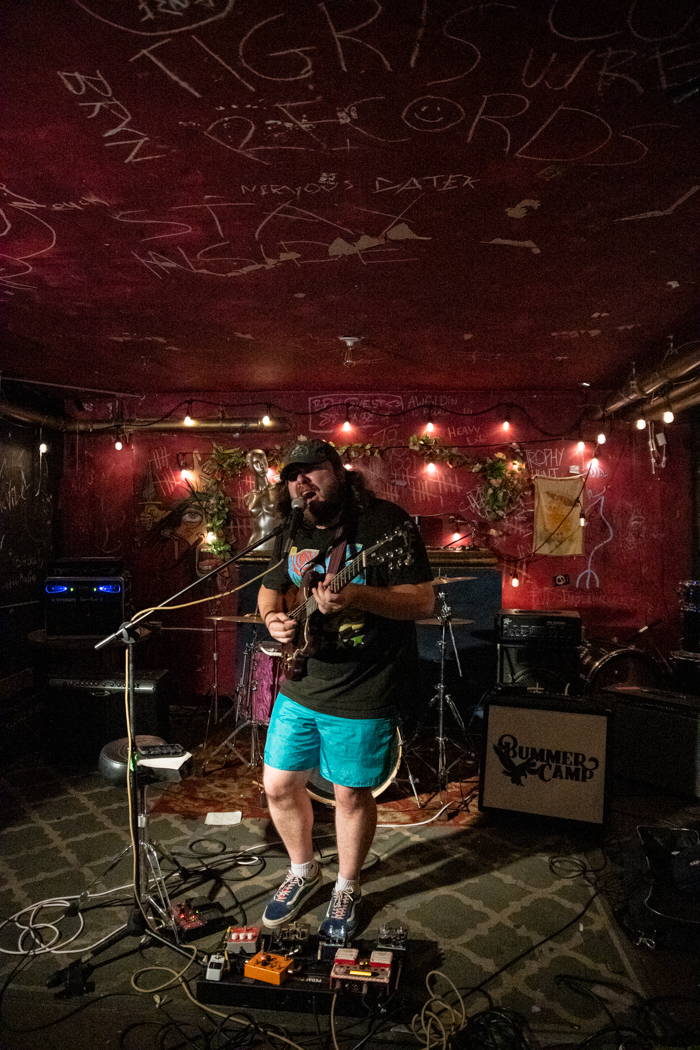 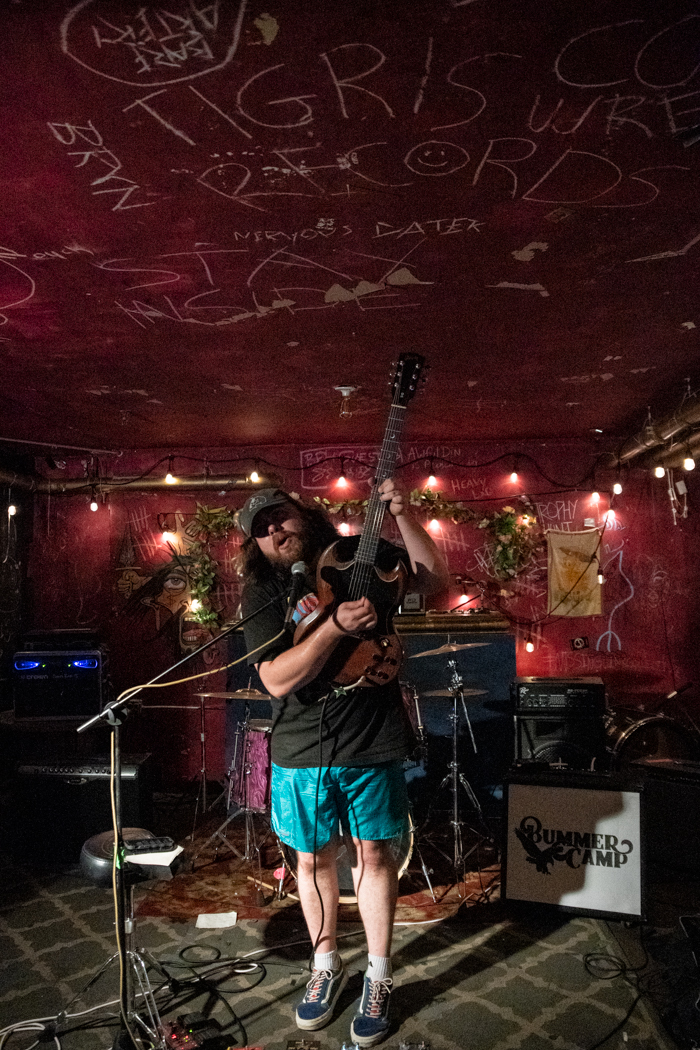 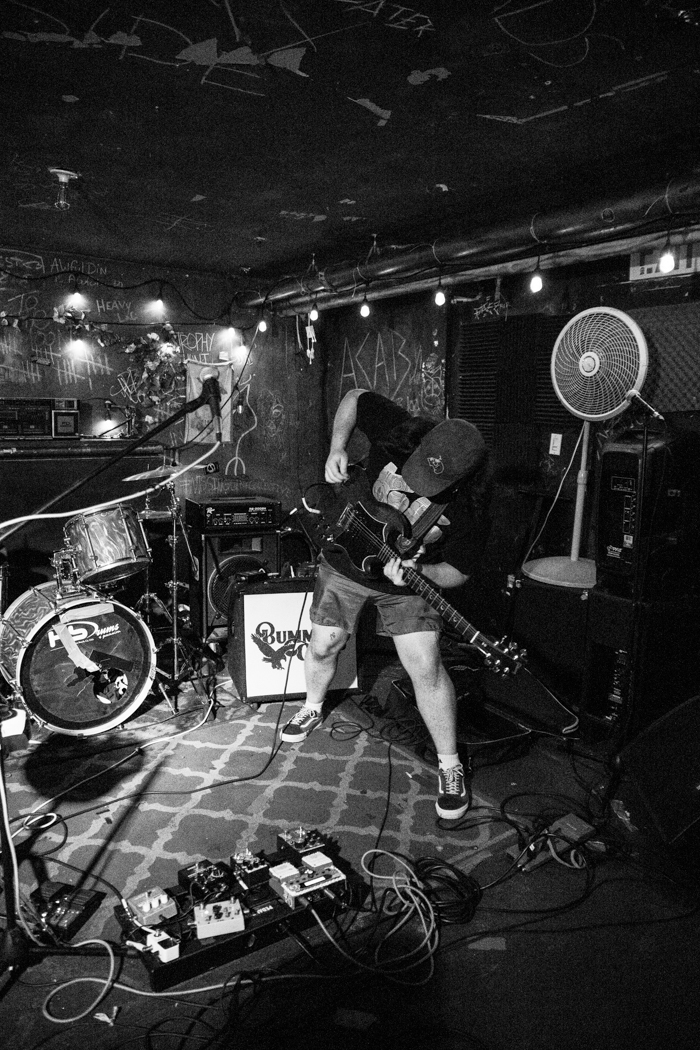 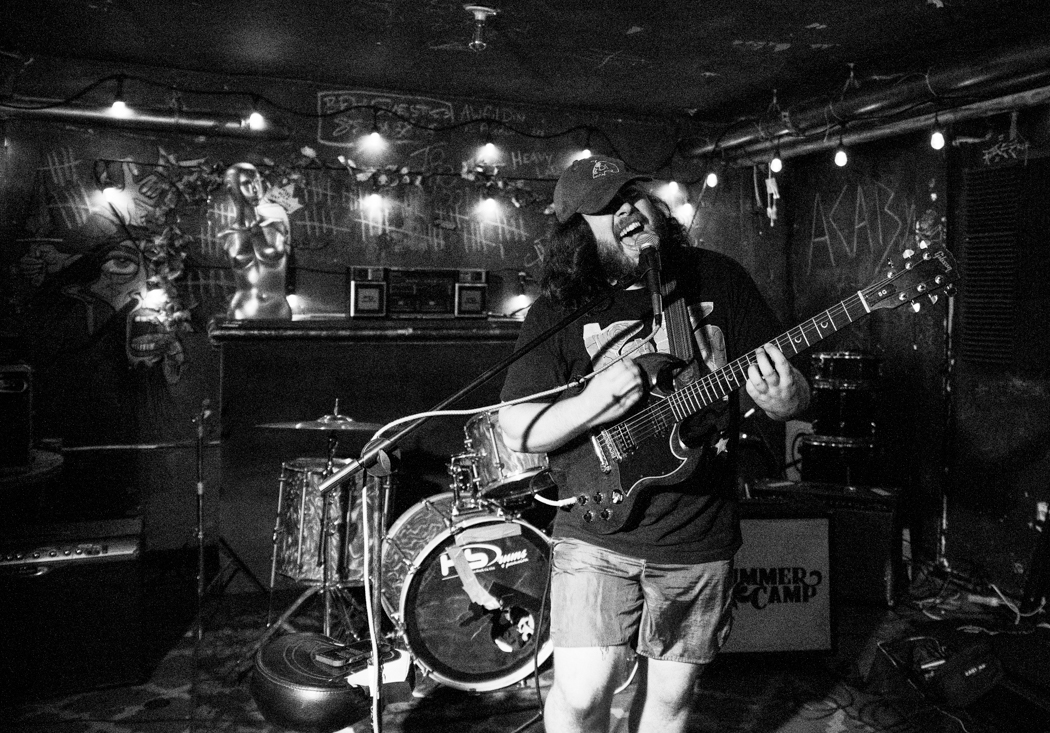 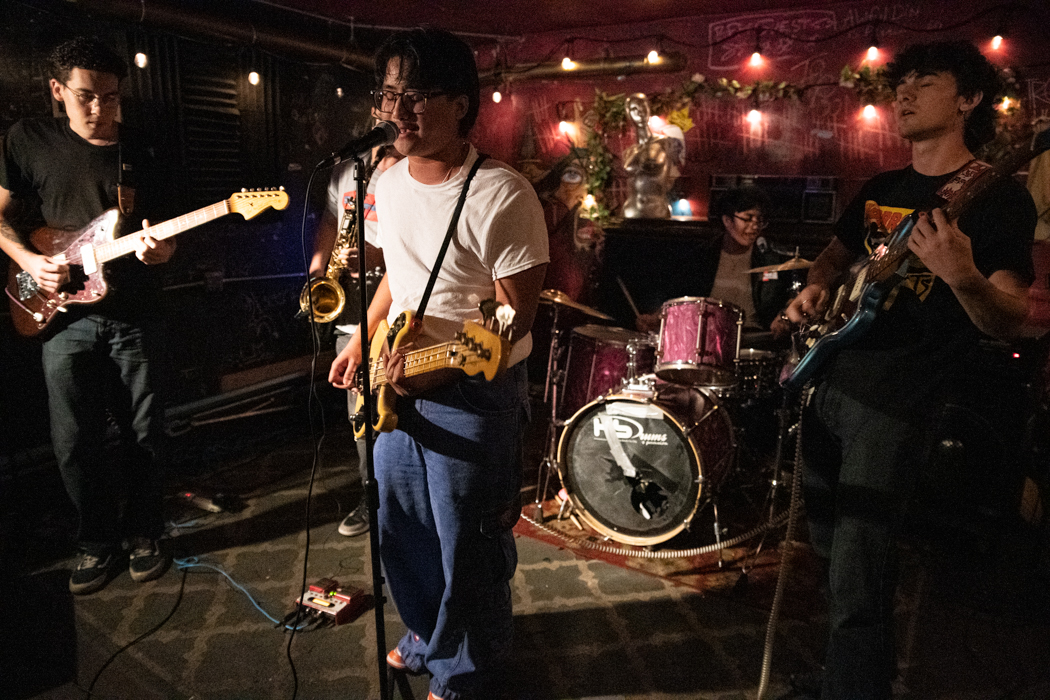 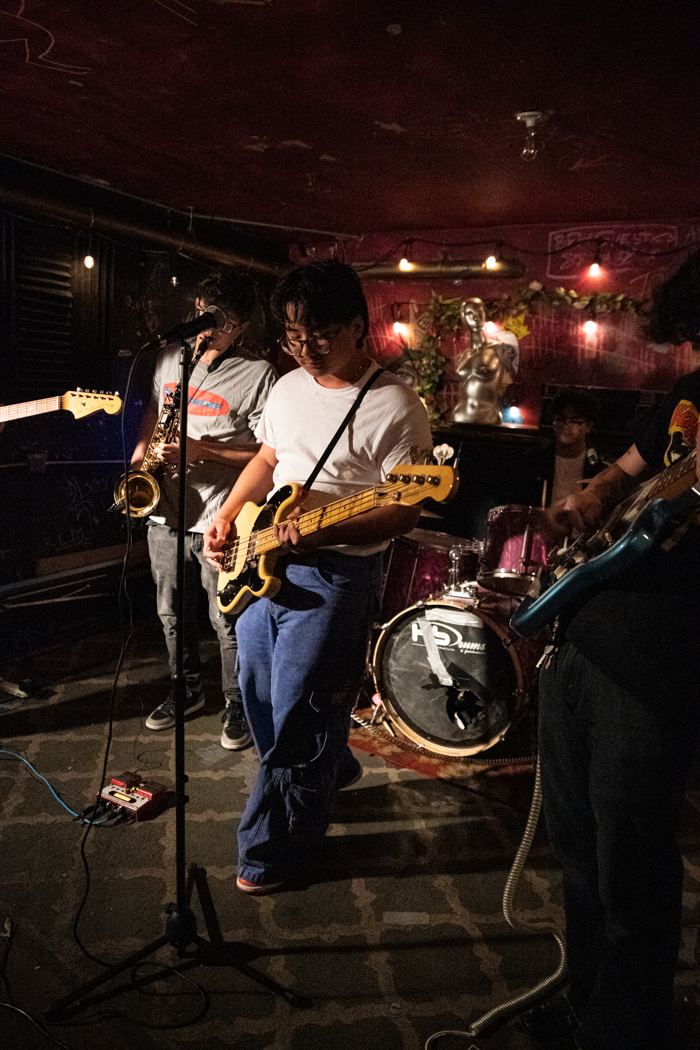 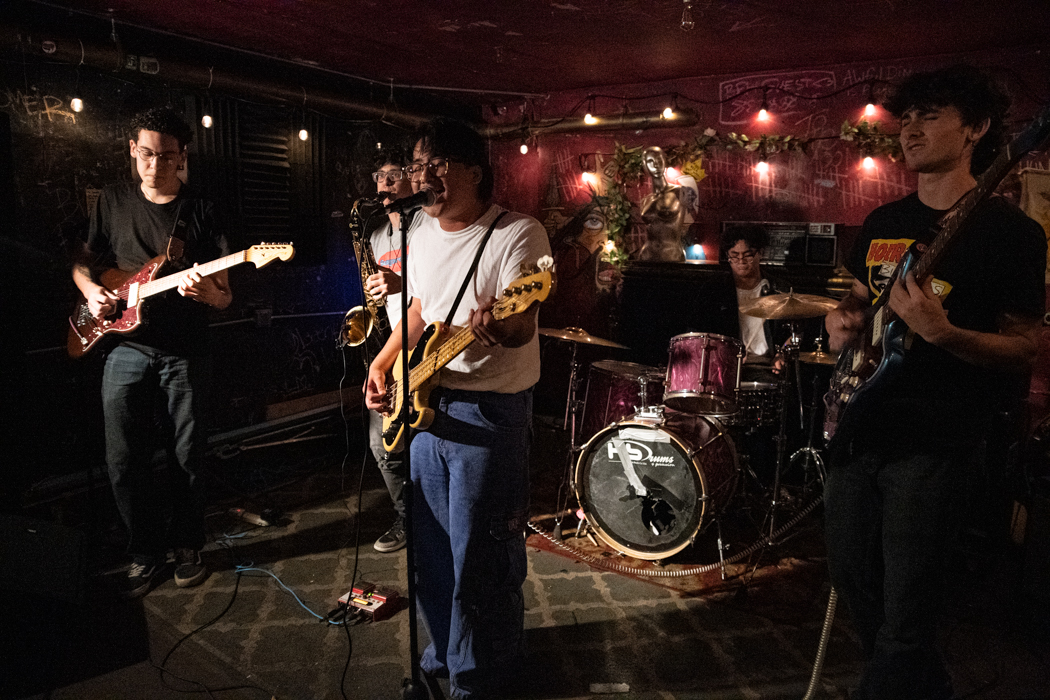 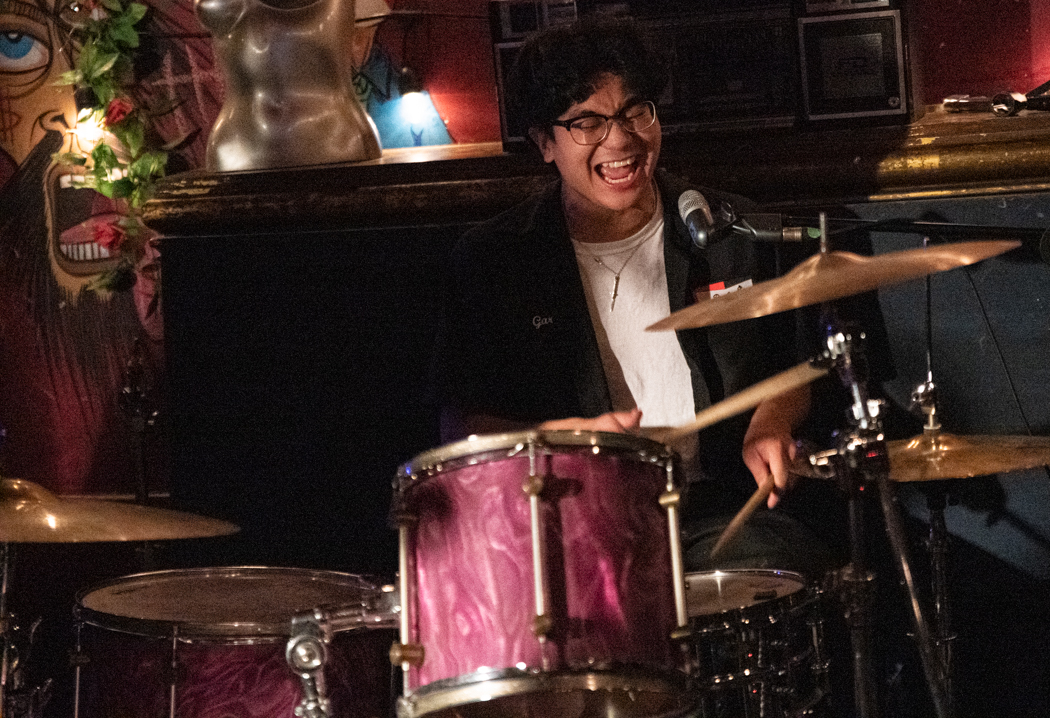 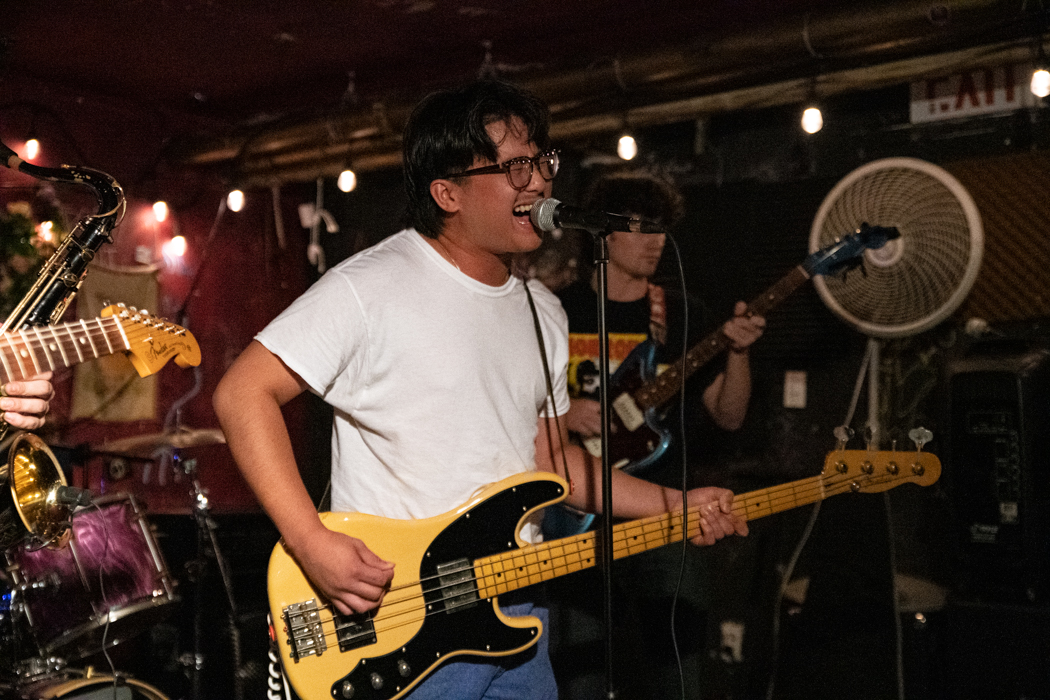 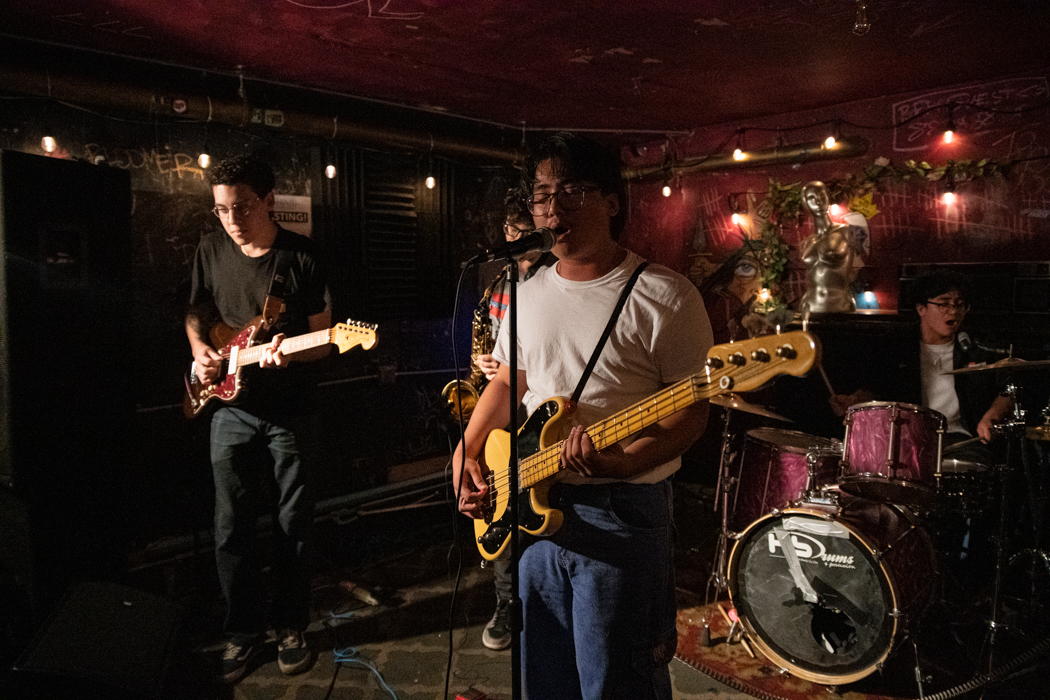 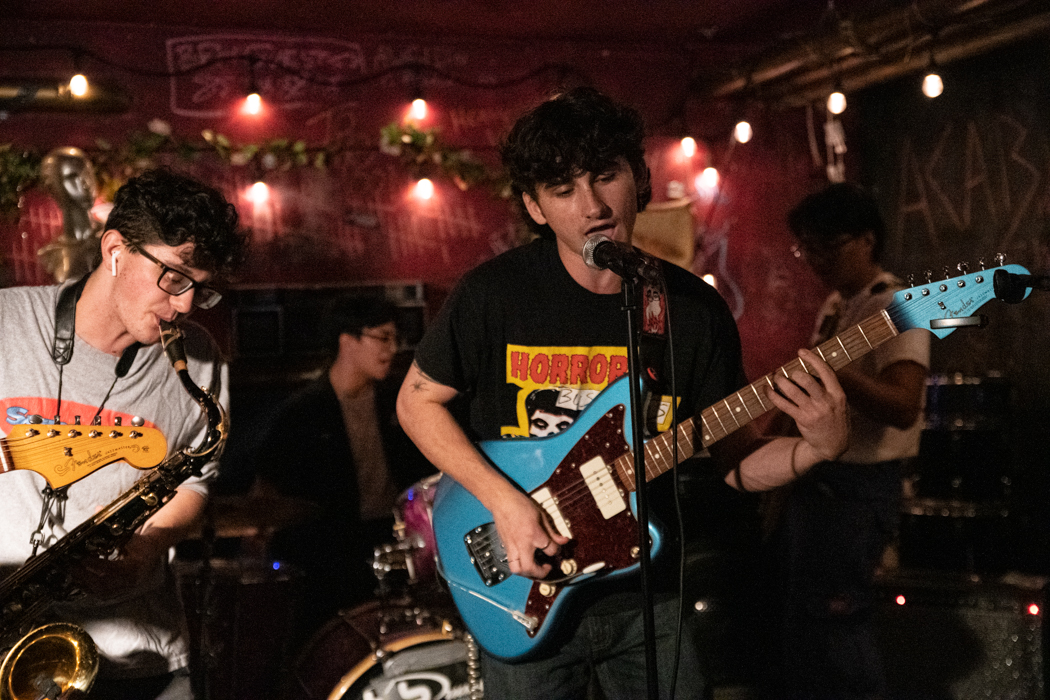 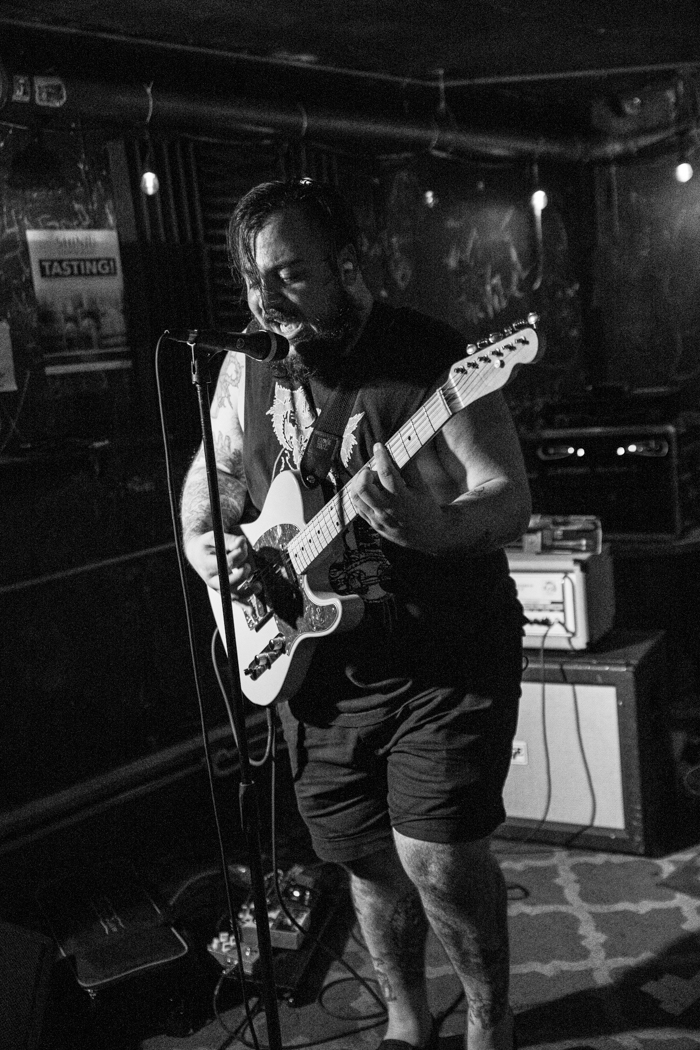 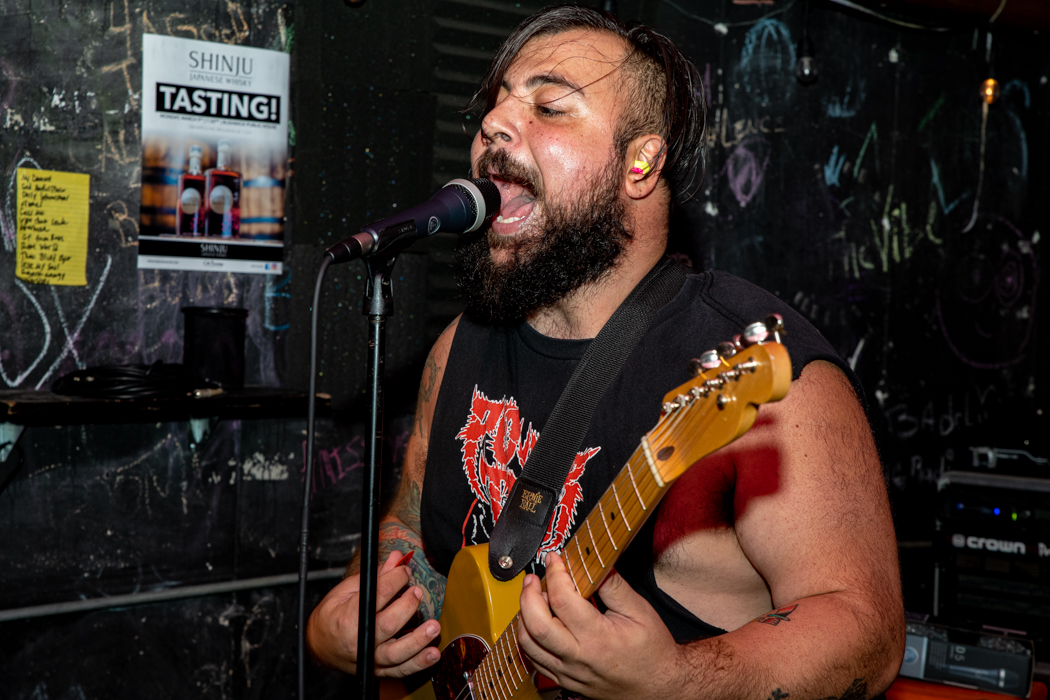 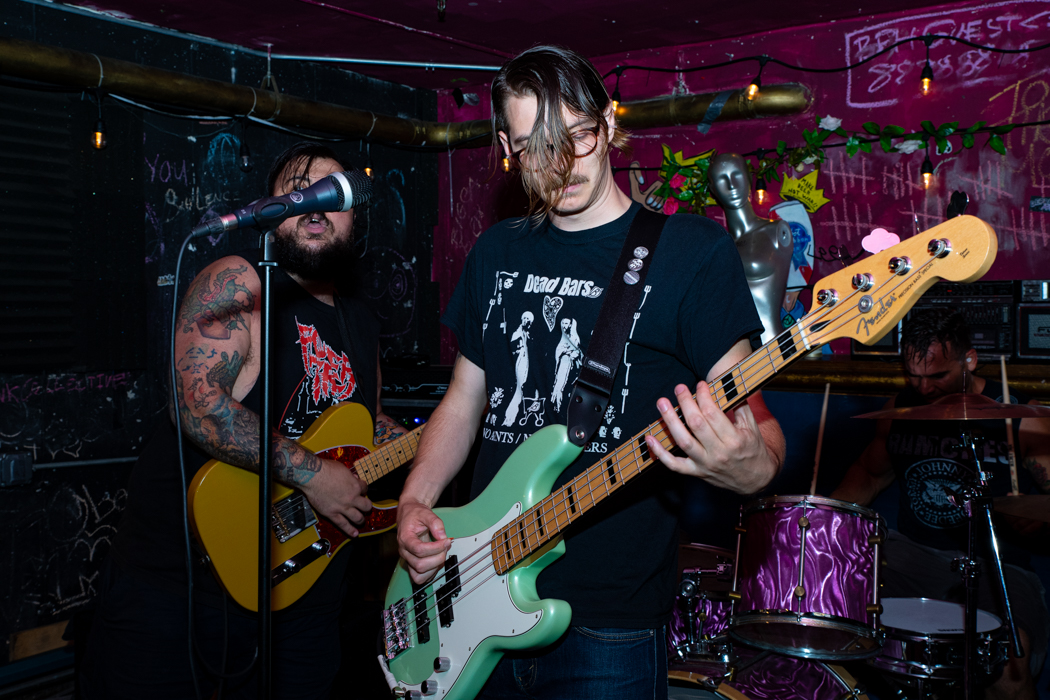 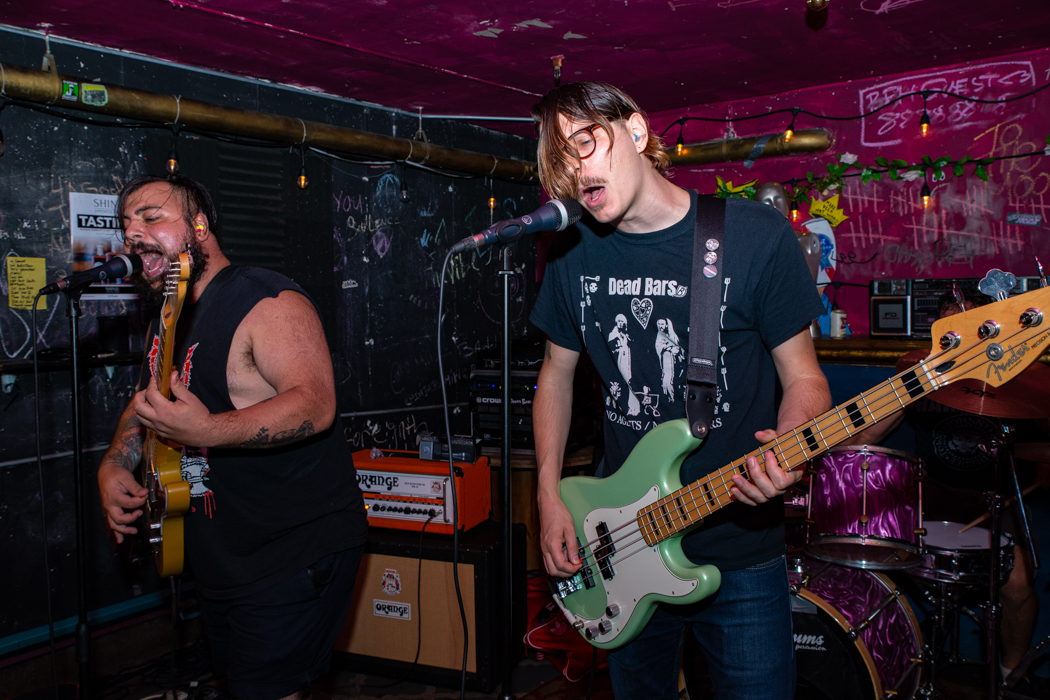 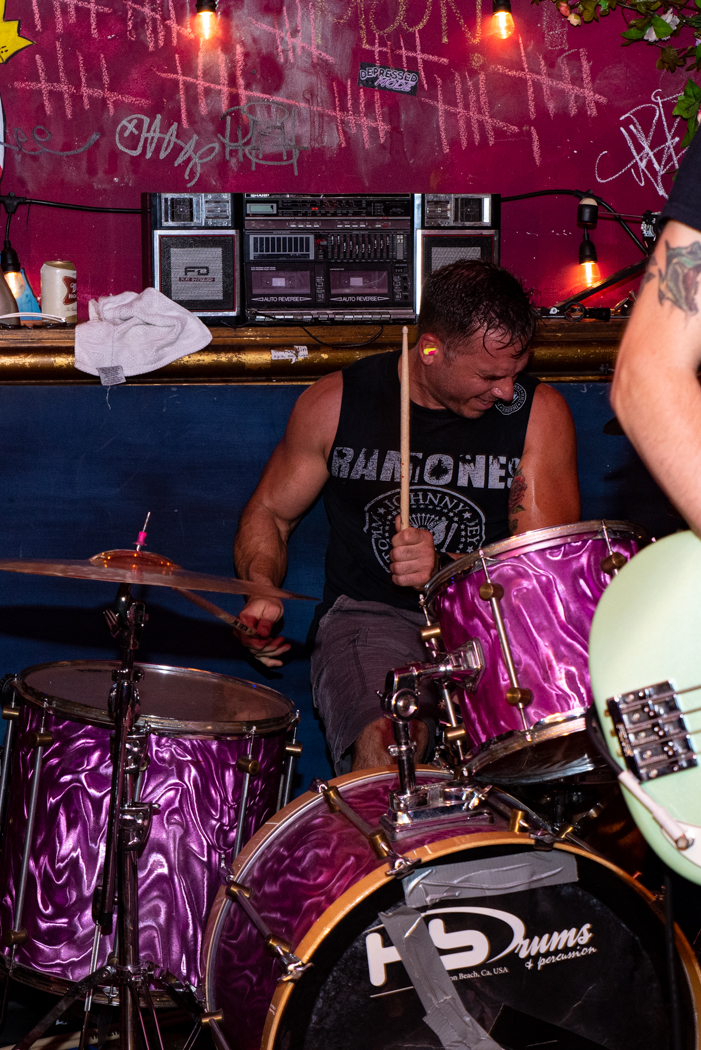 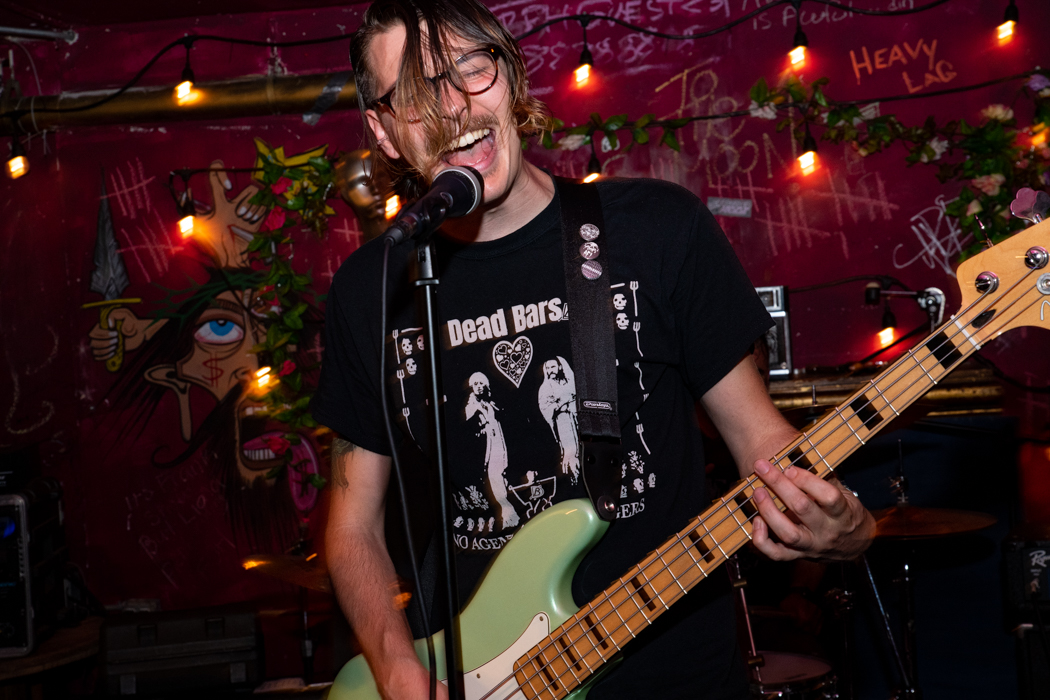 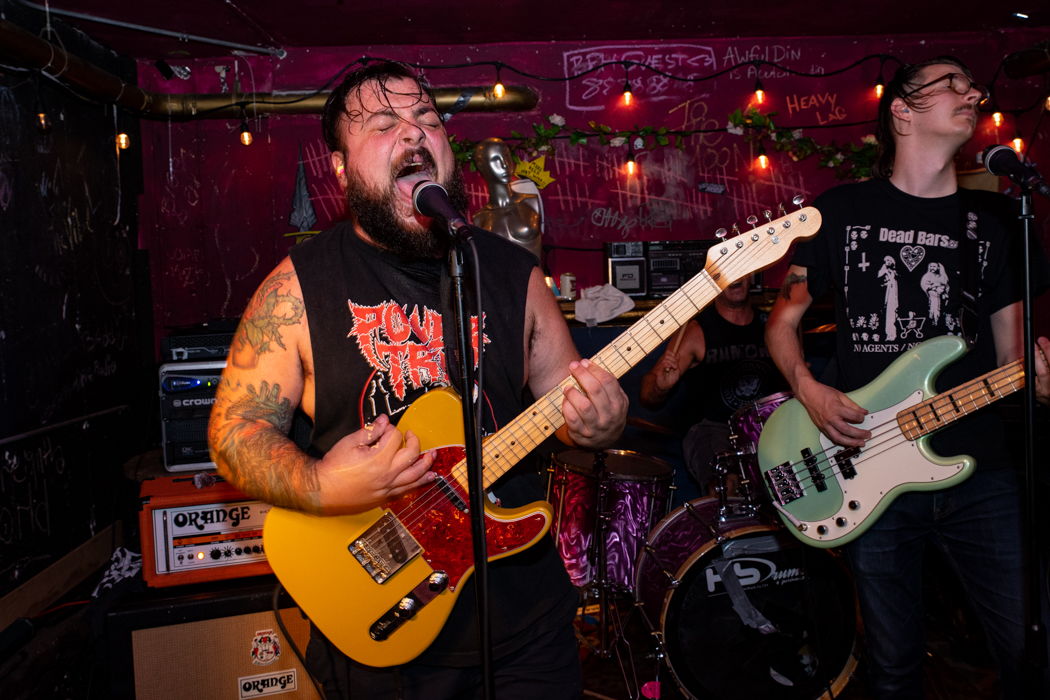