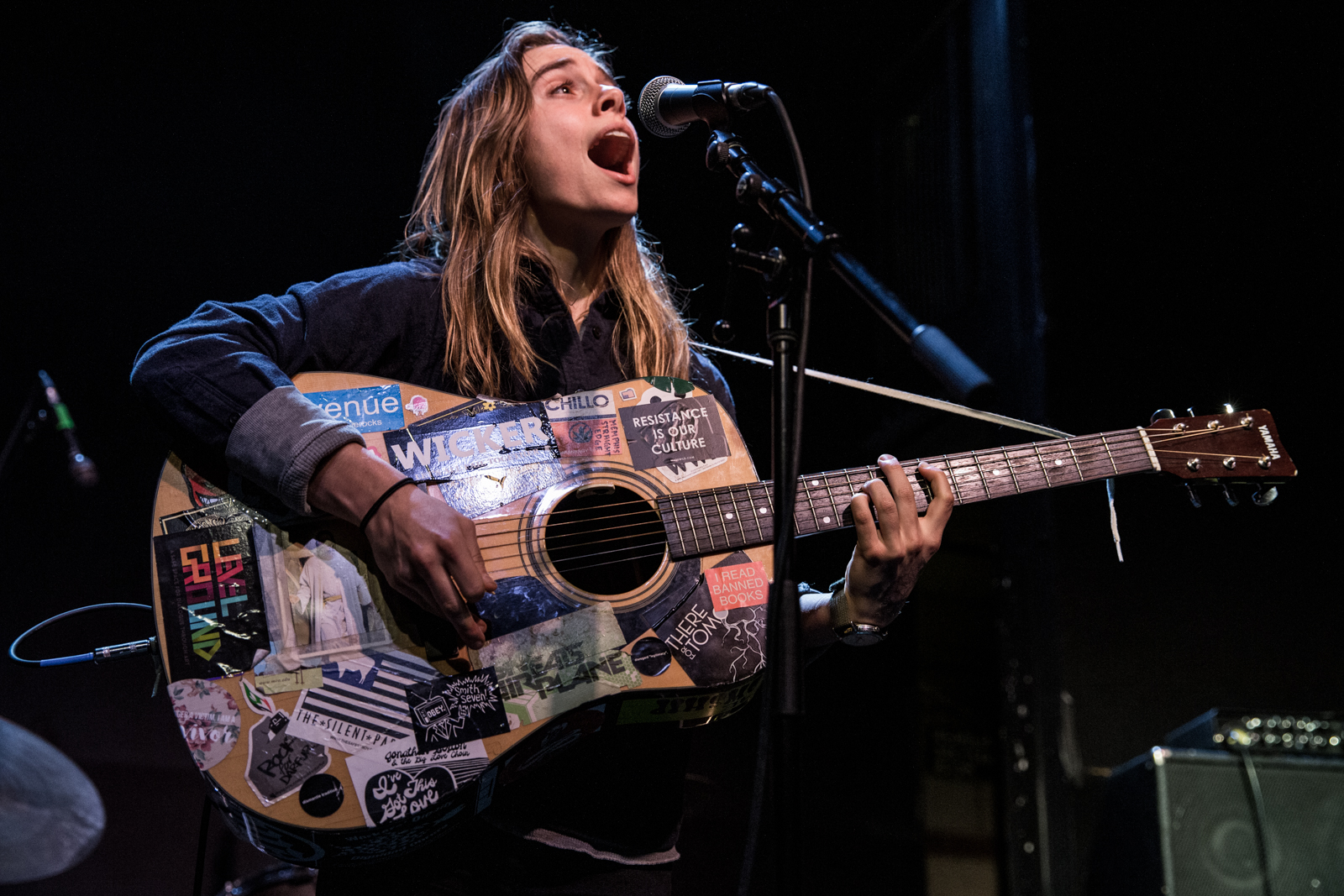 Julien Baker has announced an upcoming EP Little Oblivions Remixes, and recently released the first track “Bloodshot,” which was remixed by Helios. While I was slightly disappointed to find that there is no collaboration with Boards of Canada on the EP, I am very excited to hear what this collection has in store. I know I have the reputation that I’m “just a punk,” and folks who have asked me to review things for the blog have said “but I know you only like heavy music,” so perhaps it’s confusing that I’m the one writing up this release. Yes, it is a fact that I consider myself a “punk” first and foremost and I love heavy, fast and loud music above just about anything else, but it is definitely not even remotely true that that’s all that I like.

I am in fact a big fan of Baker’s work (and she’s a punk too ffs) and have had a long standing, albeit mostly casual on and off relationship with ambient and atmospheric music (one I should probably explore more). I do enjoy a lot of Helios’ earlier releases too which also may come as a surprise to some readers. More than that, I’m really a postmodernist at heart, so I absolutely love re-interpretations of existing work and what new things can come out in the deconstruction and rebuilding process. Like an audio collage that tears something down to its roots to paste it back up again, it really expands the range of sonic possibilities and I am all about that. With all of that being the case, I was rather delighted to hear this collaborative effort between these two artists. It ticks a lot of boxes for me for sure.

Baker already nails some otherworldly qualities in her music all on her own, hitting unimaginable highs at several points across her catalog, but the combination with Helios takes it off in a totally different direction- still intense but without being so direct, an atmospheric contemplation on an already strong song that hits those same kinds of highs in a cleverly indirect way. The overall sonic vibe of the two versions of “Bloodshot,” seem to be not all that far off from each other to start, but as the song proceeds onward and particularly after the bridge, the original builds to a harder hitting crescendo with frenzied drums before tapering off to slide away quietly. While the remix does hit it’s own crest, it’s a more muted version before drifting out and leaving us to reflect.

Vocally the real differences emerged for me. Throughout the remix, the vocals almost seem to hide out at points, still audible and there, but not so potent in the mix. The high point of the song is the line, “There’s no glory in love only the gore of our hearts. Let it come for my throat, take me and tear me apart.” On the original song this comes at the listener in a direct and straightforward way. Here on the remix, Helios has recast this: the slight pause in the music comes as in the original, before the vocals come in warbling, Baker’s delivery now transformed to a gossamery almost intangible shimmer; somewhere off in the ether, she emerges as a not quite corporeal form, a bright flash in the shadows for a startling moment before dipping back into the dark again. This song serves as a gorgeous first look at the upcoming six song Little Oblivions Remixes EP which will feature remixes/reworking by Half Waif, Jesu, Gori and more.

Read a joint interview with Baker and Keith Kenniff of Helios describing how the collaboration came about and the remixing process. 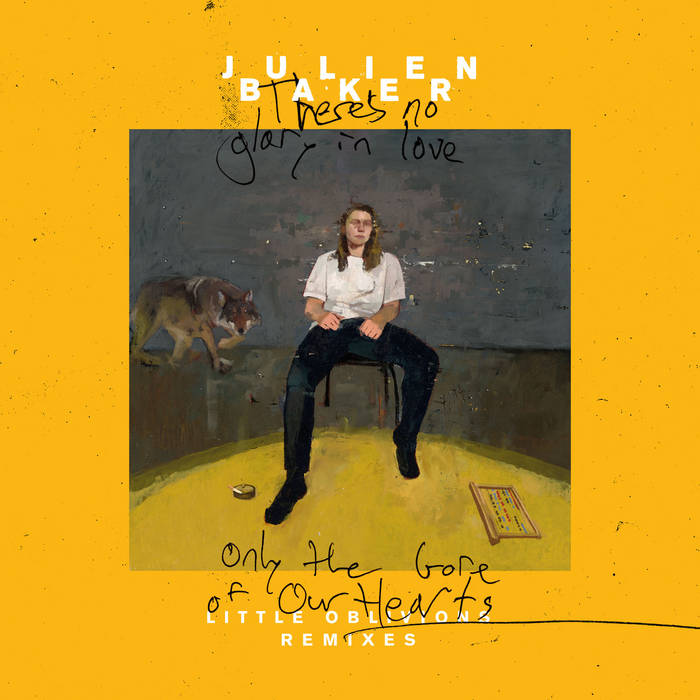 Little Oblivions Remixes will be out September 1st on Matador Records; Baker will embark on a fall tour starting on September 3rd in Birmingham, AL; She will perform in New York on September 14th at Beacon Theater.