Action Park- You Must Be This Tall To Die 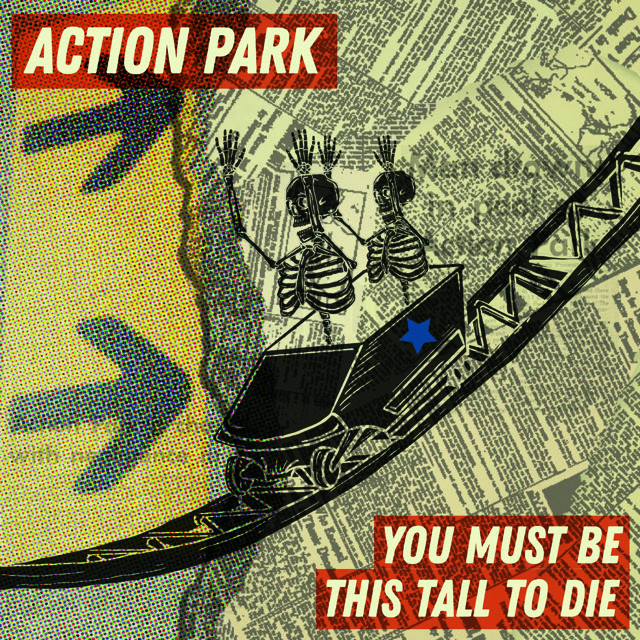 Action Park may be a New York (Long Island, in particular) based band, but they’ve taken their name from the infamously dangerous waterpark in New Jersey, and it suits them well. I grew up going to amusement parks (Cedar Point baby!) and this record reminds me of fun, carefree late-teenage years, when we had the freedom of a car and the money from a summer job to take ourselves out to the roller coasters; yet still something bittersweet hung in the air, youth quickly slipping away with the season. In this way, the title of Action Park’s debut album You Must Be This Tall To Die is a fitting pun.

Billing themselves as “sad but rad,” Action Park are a four-piece consisting of Bobby DeQuillfeldt and Matt Riley on guitar and vocals, Vinny Carriero on bass and vocals, and Aaron Pagdon on drums. They declare their new album is “bound to be the soundtrack to your own personal comeback and then inevitable decline,” and You Must Be This Tall To Die is indeed filled with peppy, poppy hooks accompanied by sometimes less-than-peppy lyrics. Fans of NOFX and Lifetime will find a lot to love here.

Lead track “Wrong” kicks the record off in a catchy manner and that’s how the ride stays for the most part. The general vibe is that of 90’s skate punk with driving, constant guitars, melodic solos, and lively bass pinning things down, all behind shouty-singy vocals with plenty of ‘woah-oh-ohs.’ The fill-laden drums provided by Pagdon are a highlight, keeping the energy kinetic. Standout songs include “24 Months” (which is paired with “Wrong” as the first single) “Call Waiting” and “Breathless (Afrin and Sleeping Alone).”

The only misstep is in the last track, “Vacation Photos”, with an interlude of sampled dialog from Bojack Horseman that distracts from the music, but the intro/outro samples of vintage Action Park advertisements at the beginning and end of the record work perfectly to bookend what is overall an enjoyable romp. 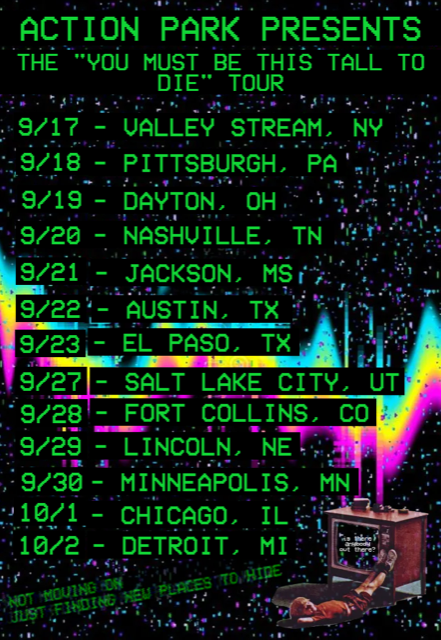 Action Park begin their Fall tour on 9/17 in Valley Stream, NY at Railroad Inn along with Two Man Advantage, Too Many Voices and Blueblack. You can stream You Must Be This Tall To Die here on Spotify or at their Bandcamp, and find the band here on Instagram.