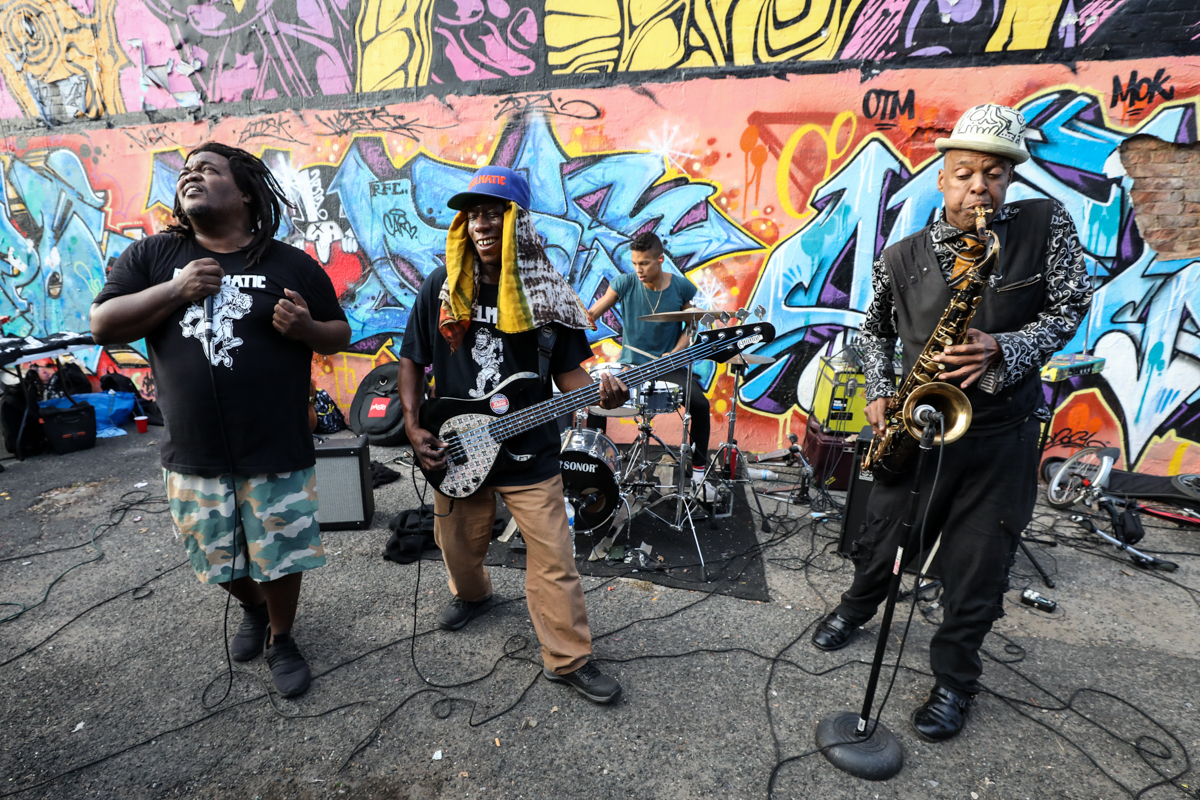 For over a year now, NYC hardcore punk band (and FTA favorite) Rebelmatic has been organizing regular outdoor events drawing from a roster of fine openers and this Sunday was no exception. Yesterday afternoon they put on their 31st pop-up show of the pandemic with special guests No Call No Show, and Angelo Moore, the front man of legendary band Fishbone.

Kicking it off was Brooklyn band No Call No Show who played a quick, energetic burst of songs that set the mood nicely. They feature Mikie Nice on vocals/guitar, Mark Thorn on bass, and Josh Salant on drums.

I was especially excited to check out Angelo Moore, having seen Fishbone a number of times but never Dr. Madd Vibe just by himself. Angelo, who came in from Los Angeles for this gig, performed solo against recorded tracks played from his laptop. He mixed it up with his saxophone, theremin, and vocals while exhibiting his trademark charismatic energy and lyrical dexterity.

Rounding up the beautiful afternoon was headliner Rebelmatic, with regulars Creature on vocals, Alkatraz on guitar, Karnage on bass, and Moïse Scott subbing in on drums. They played a tight set full of songs, and even coaxed Angelo to join them for a song with his sax.

I hadn’t been to one of these pop-ups since the spring so it had been a while, but I recognized many familiar faces in the lively crowd. The guys in Rebelmatic always put in their all into every show and it never gets old seeing them live. They were one of the first live acts I got to see after a long period of no concerts due to Covid, so I am happy to catch them whenever I can.

These pop-up shows are always a good time, and while there’s no set admission, these bands do accept donations. These shows have been happening on the same block in Bushwick every time, and we’re not going to reveal the address here, but you should definitely follow Rebelmatic’s Instagram for announcements of upcoming gigs.

As an aside, I was hoping to bring the mister to this one as he has been a lifelong fan of Fishbone, but sadly, he was sidelined by a bum knee. I talked to Angelo after his performance and showed him an old photo I took of him at the Apollo Theater. It was from a Fishbone show that happened to be on my husband’s birthday, and Angelo jumped down from the stage and climbed over the seats until he happened to be right on top of us, and he held his mic down for my husband to sing into. I somehow managed to capture this magic moment on my cell phone. I thanked Angelo for making Michael’s birthday a super memorable one. Angelo gave me a few stickers to bring home to Michael, gave me a hug, and took a photo with me. Best day ever!

NO CALL NO SHOW 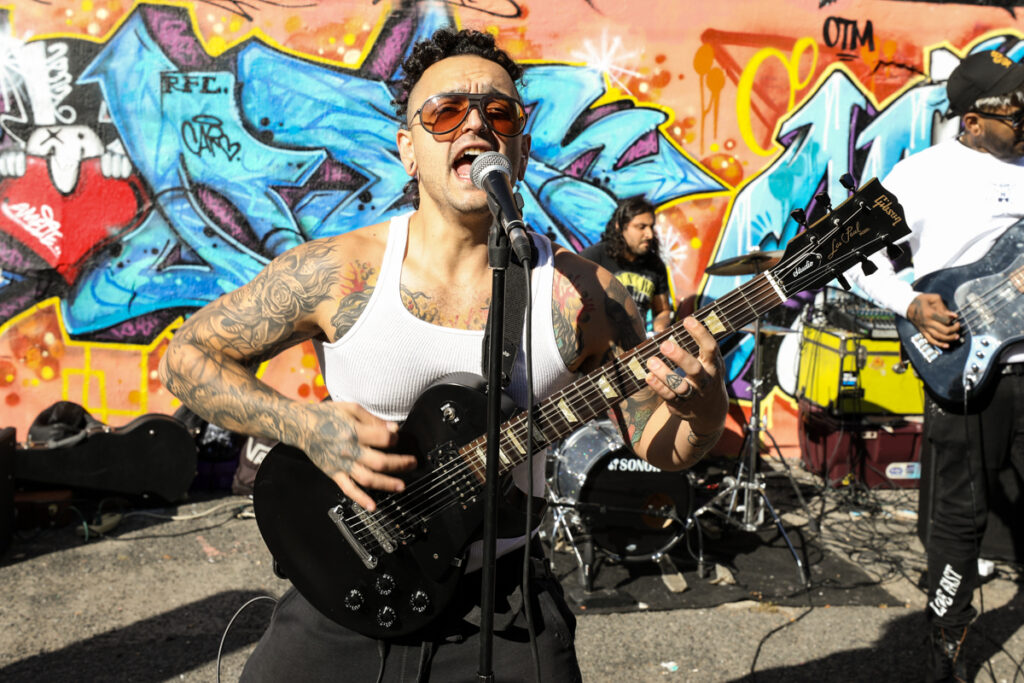 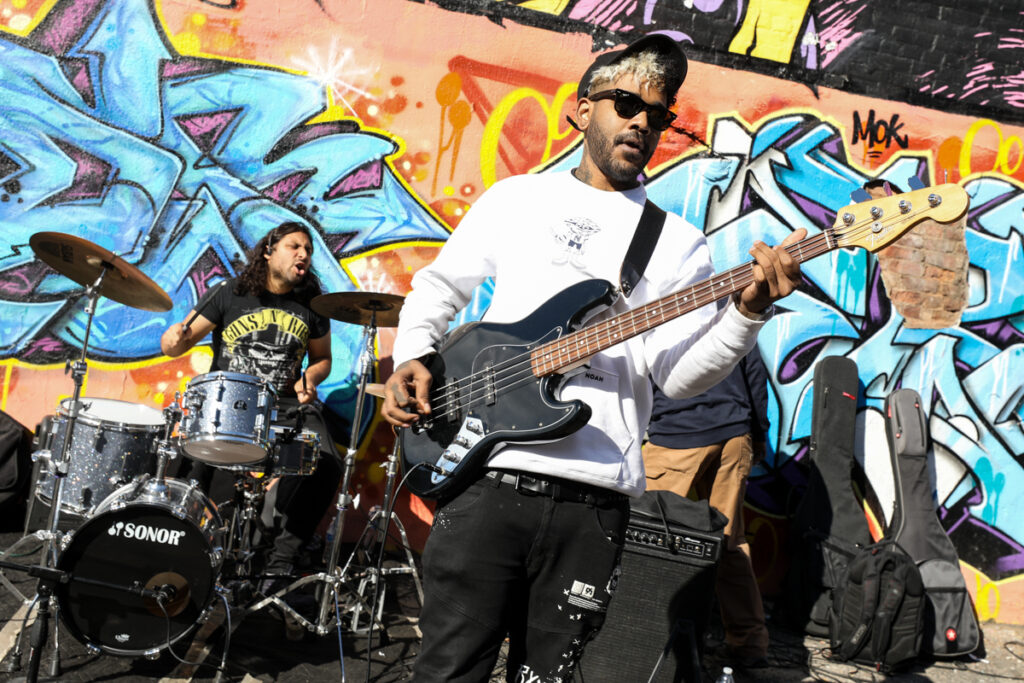 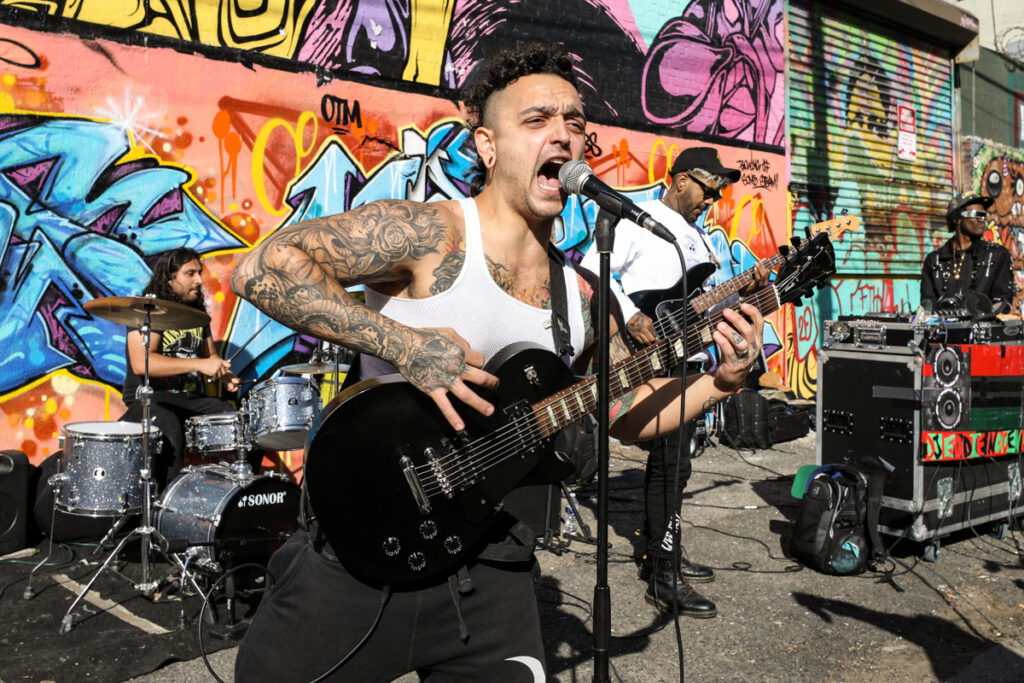 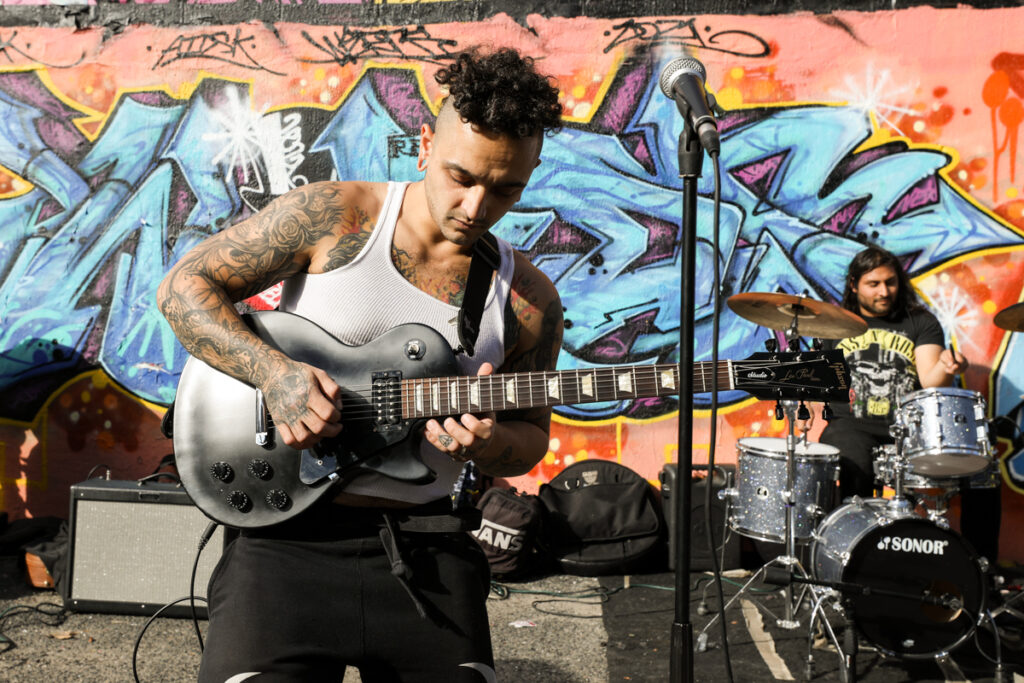 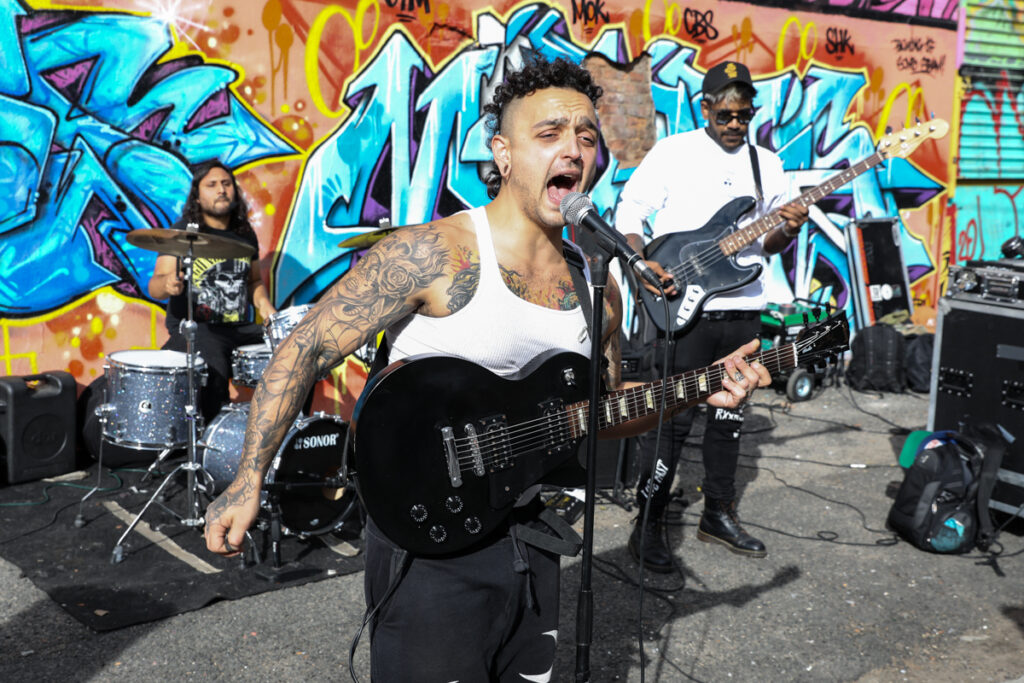 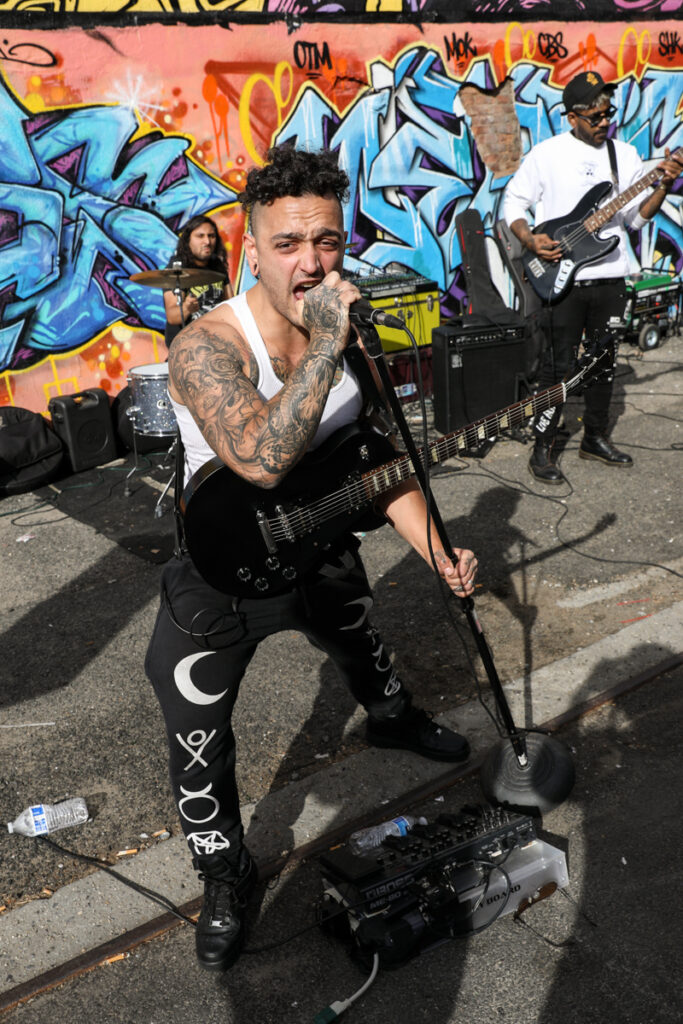 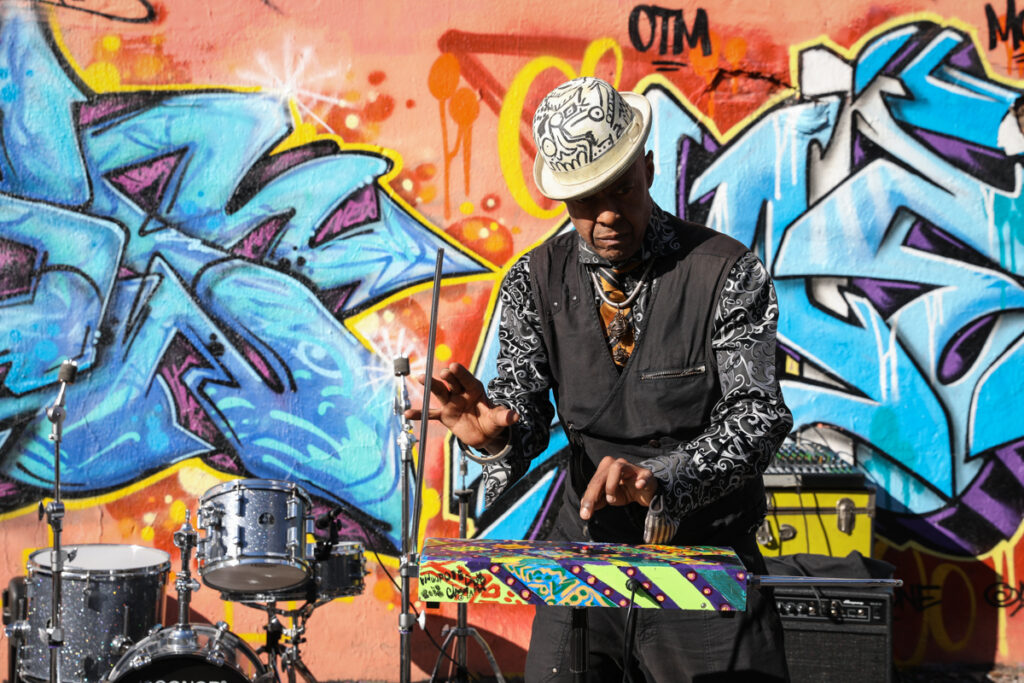 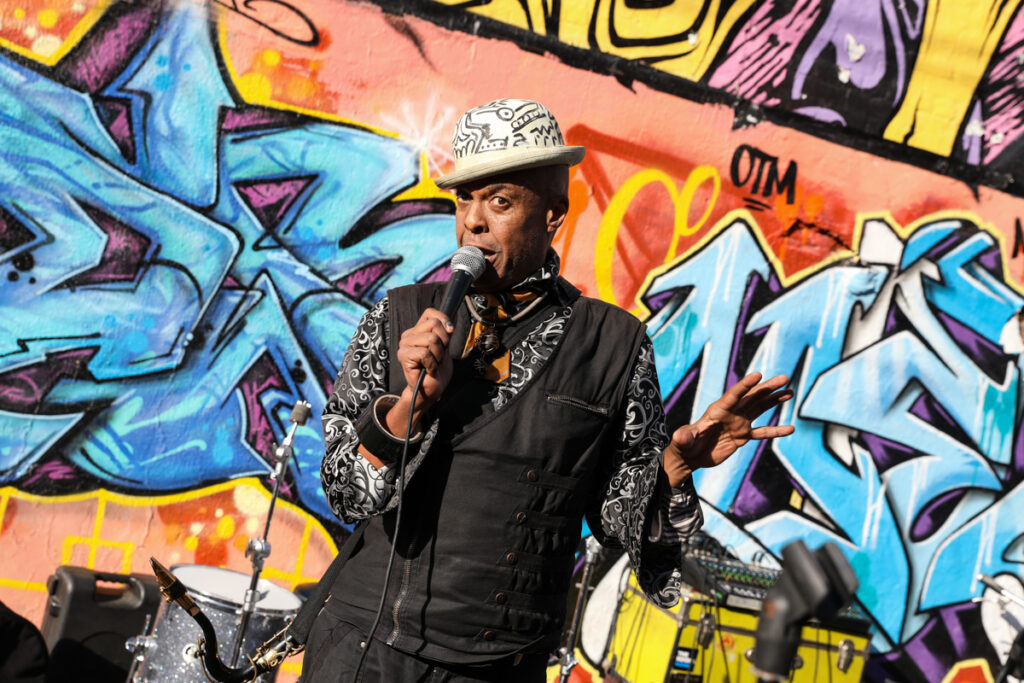 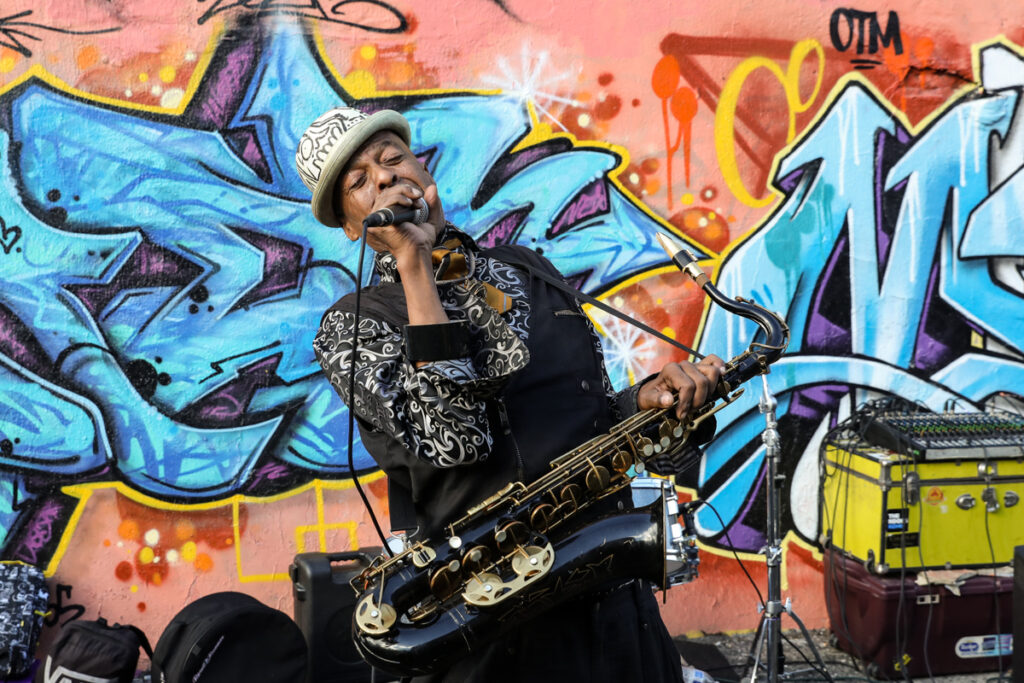 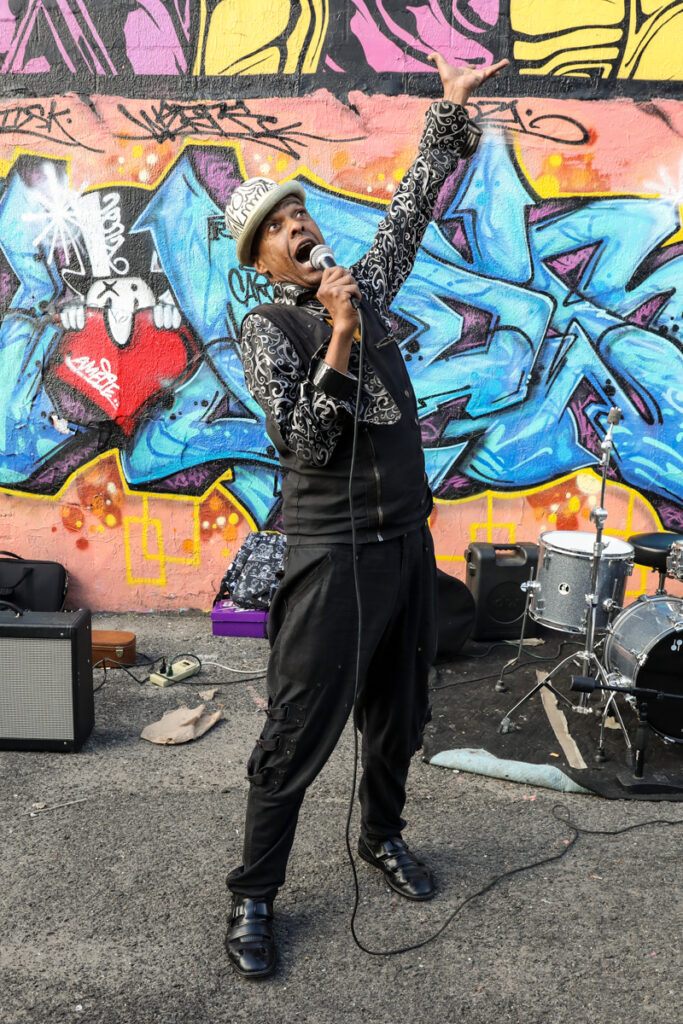 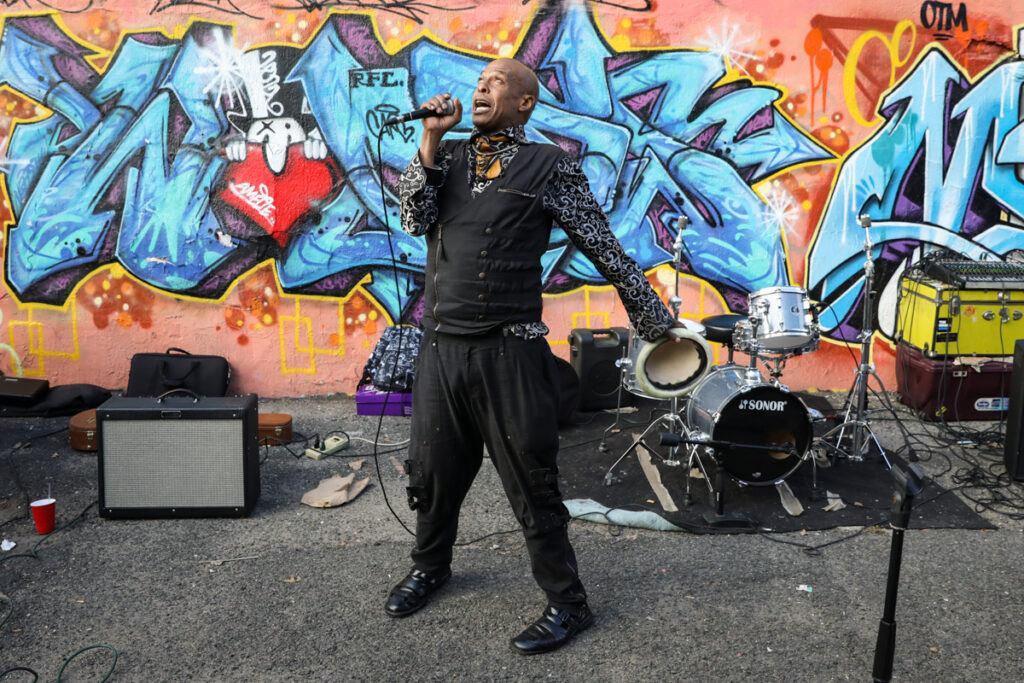 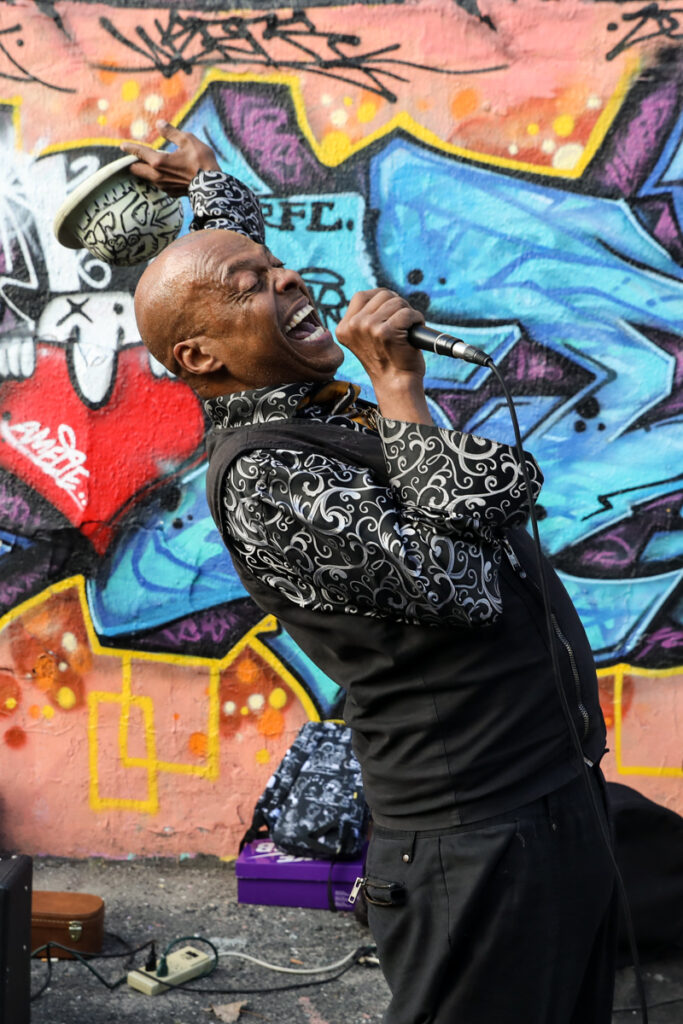 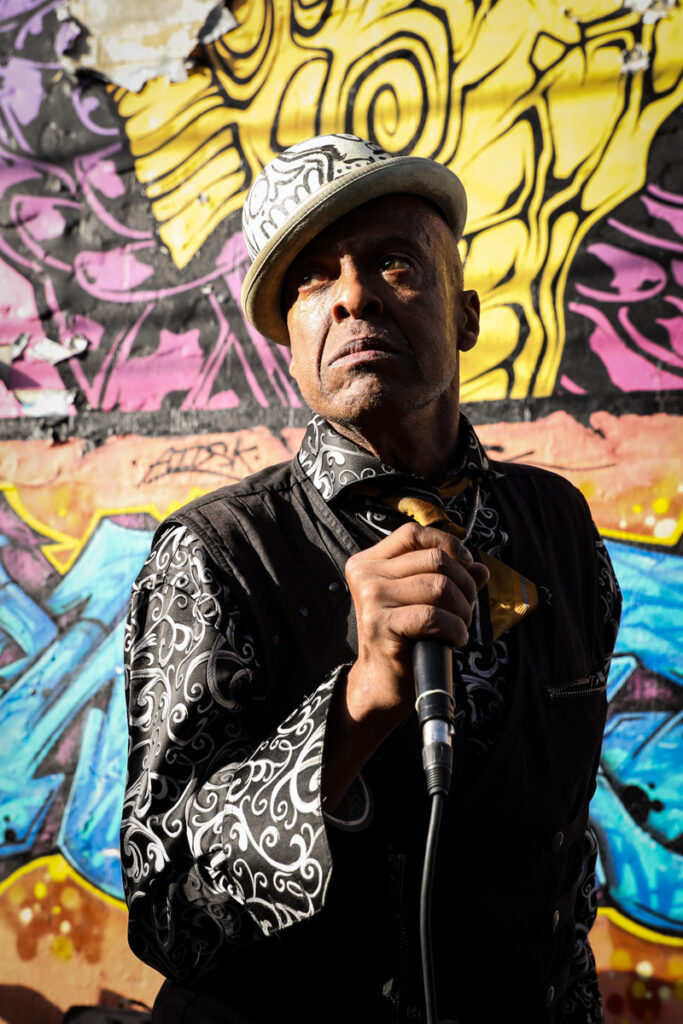 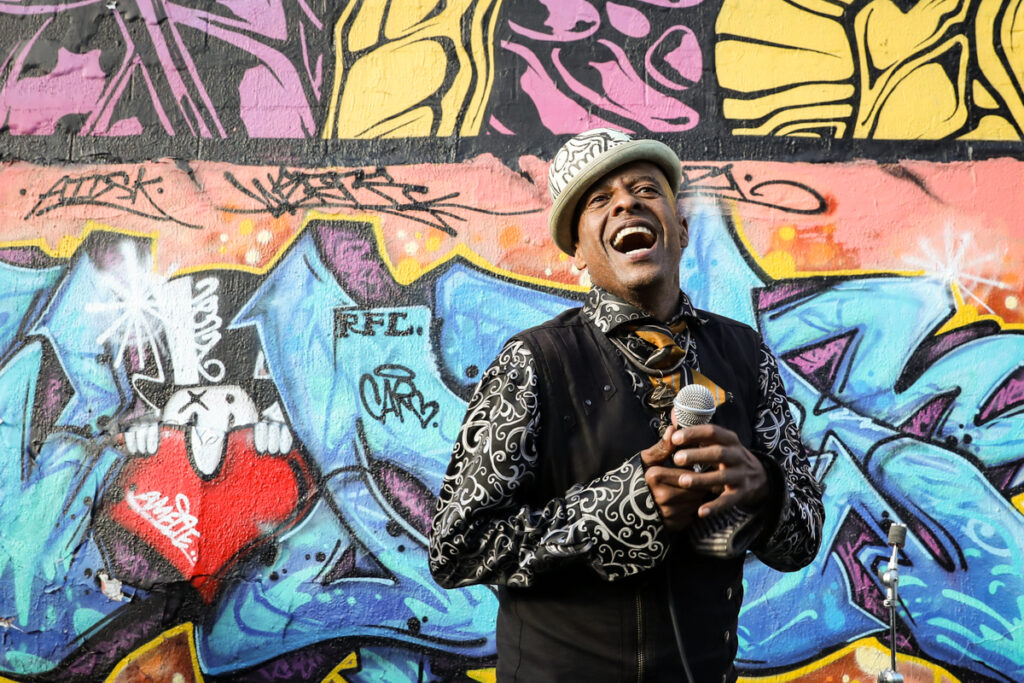 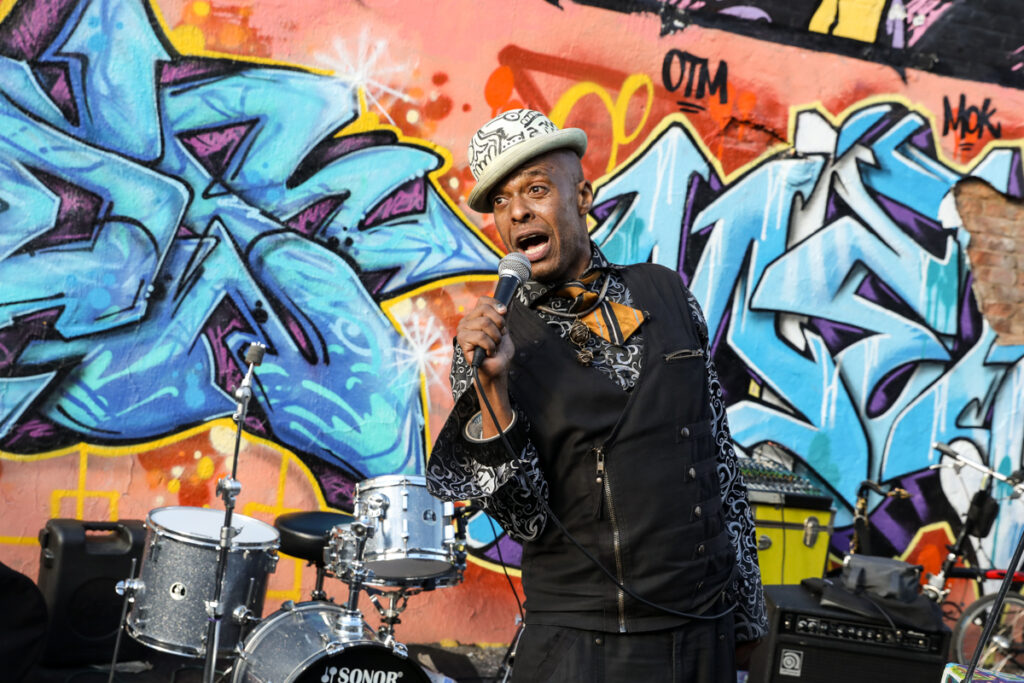 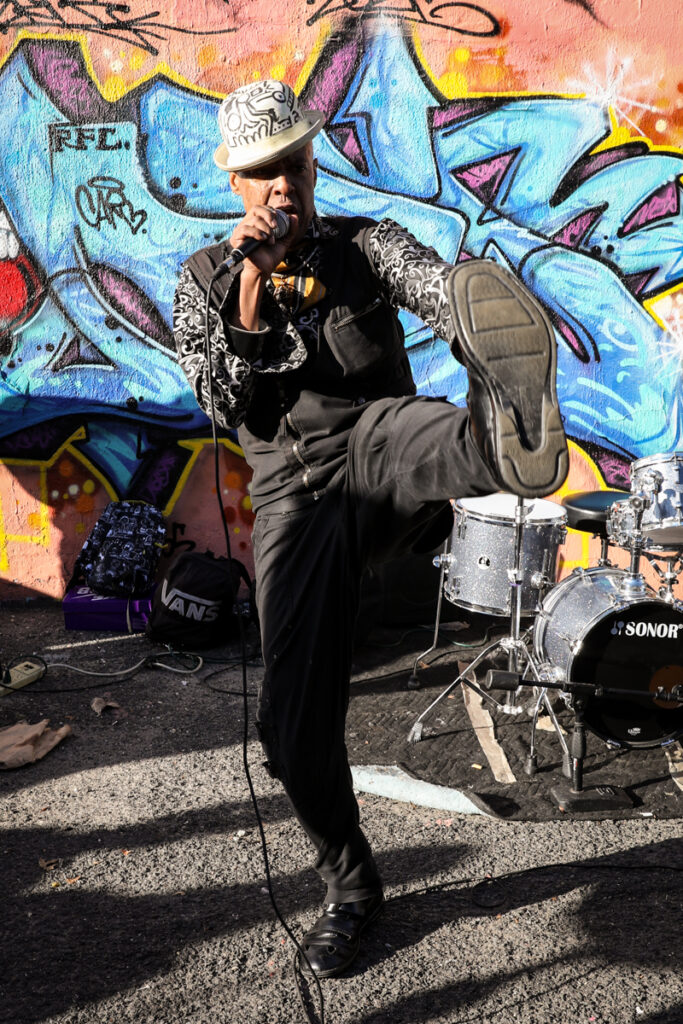 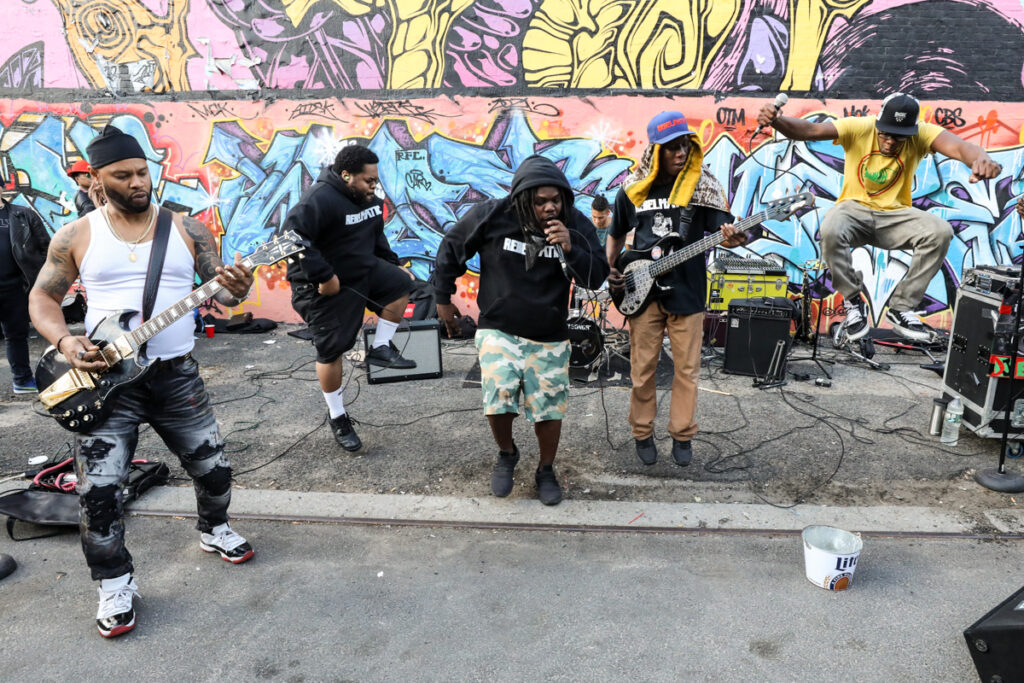 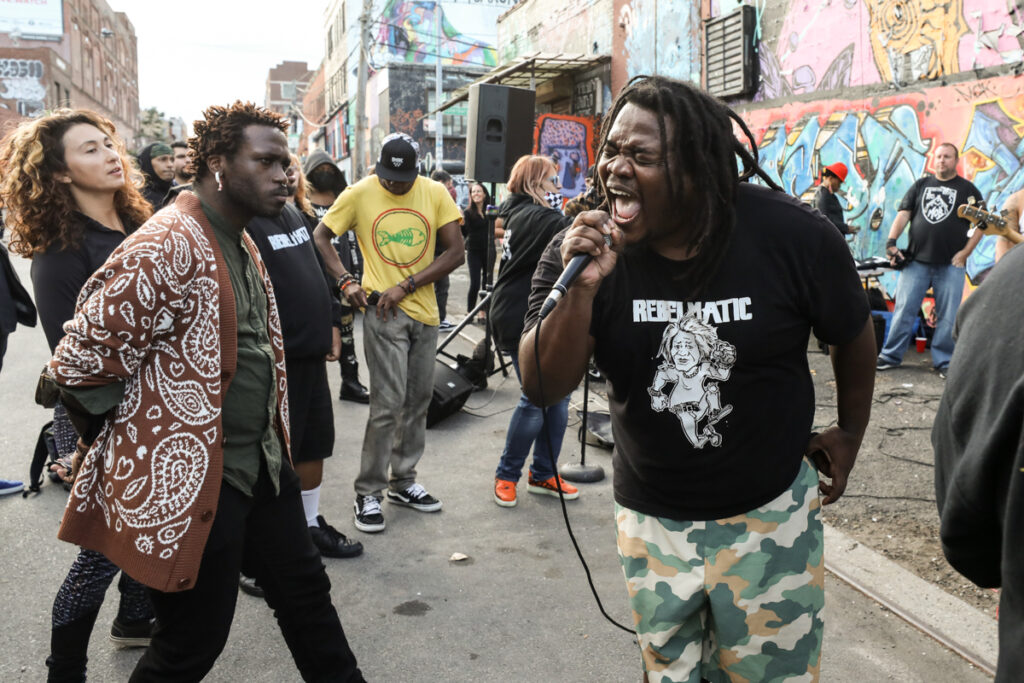 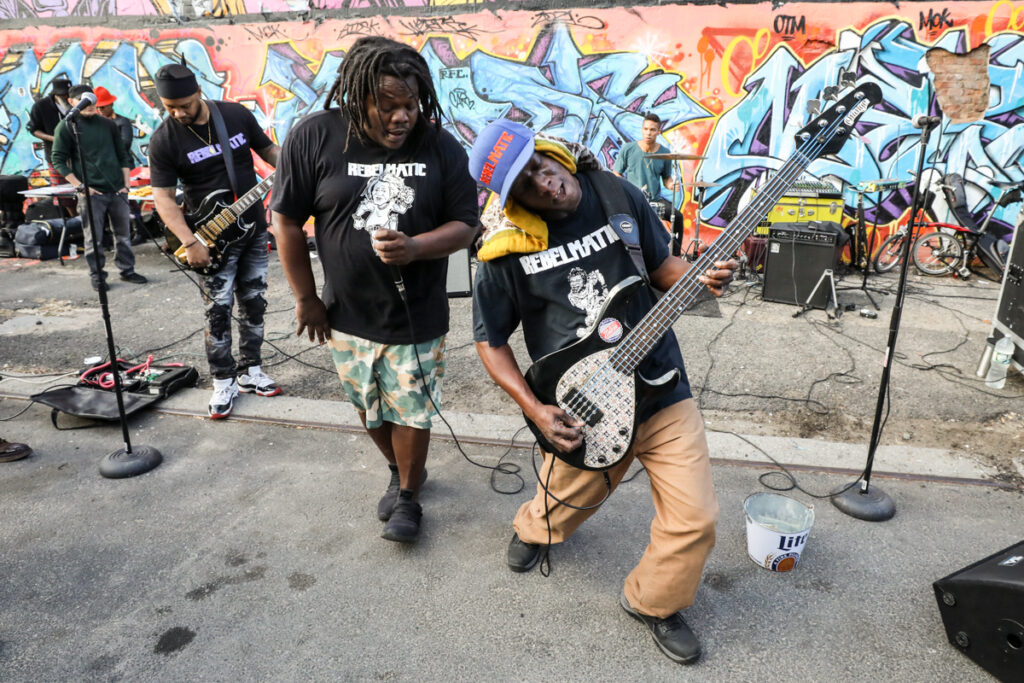 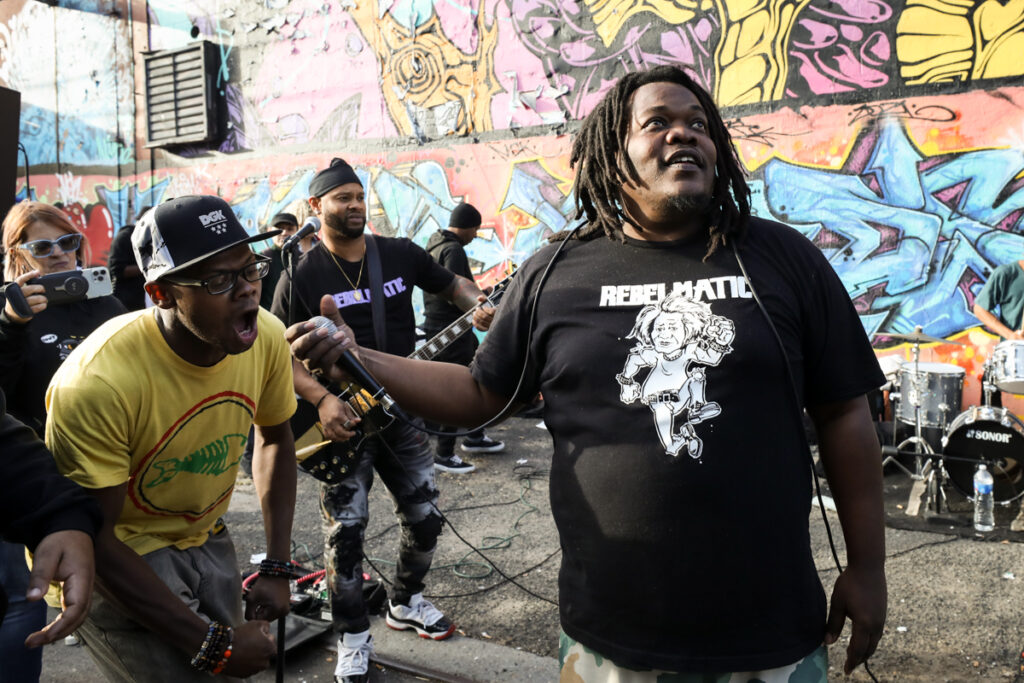 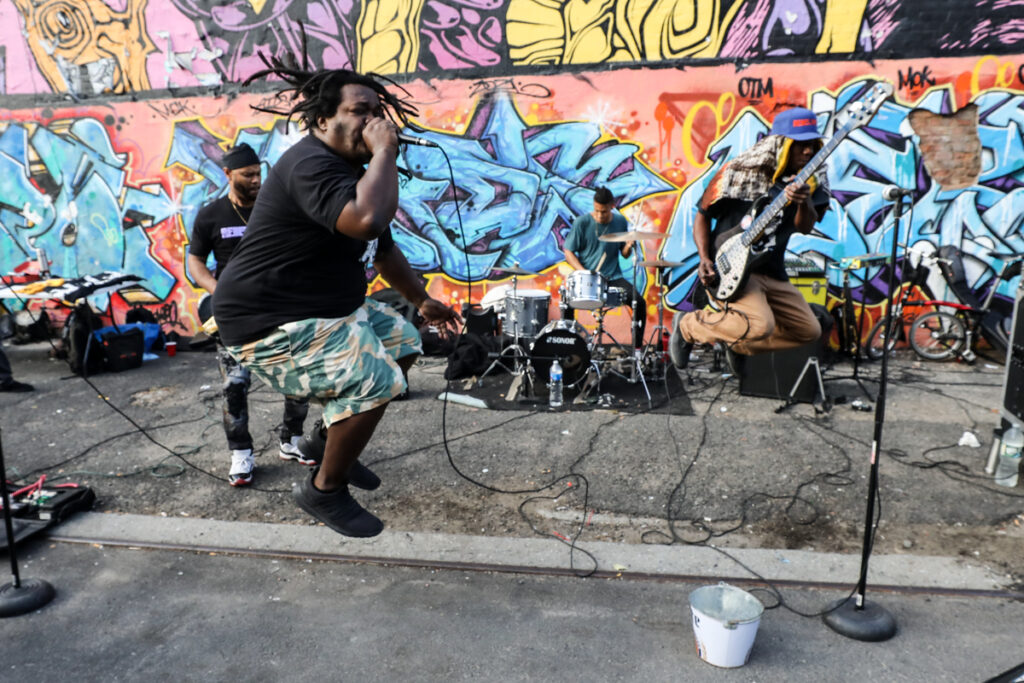 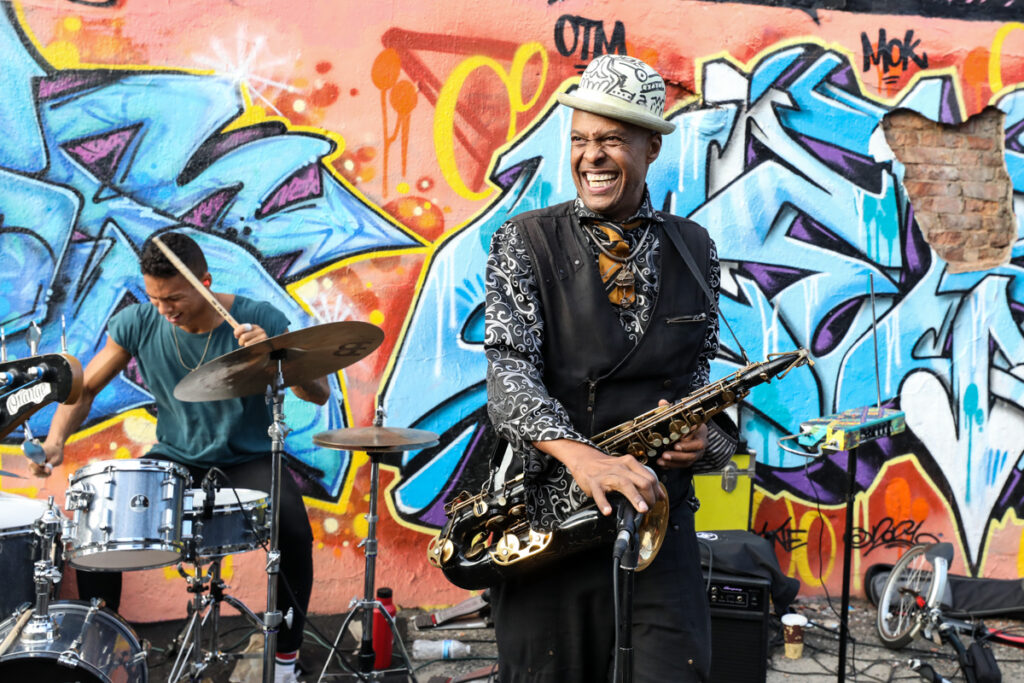 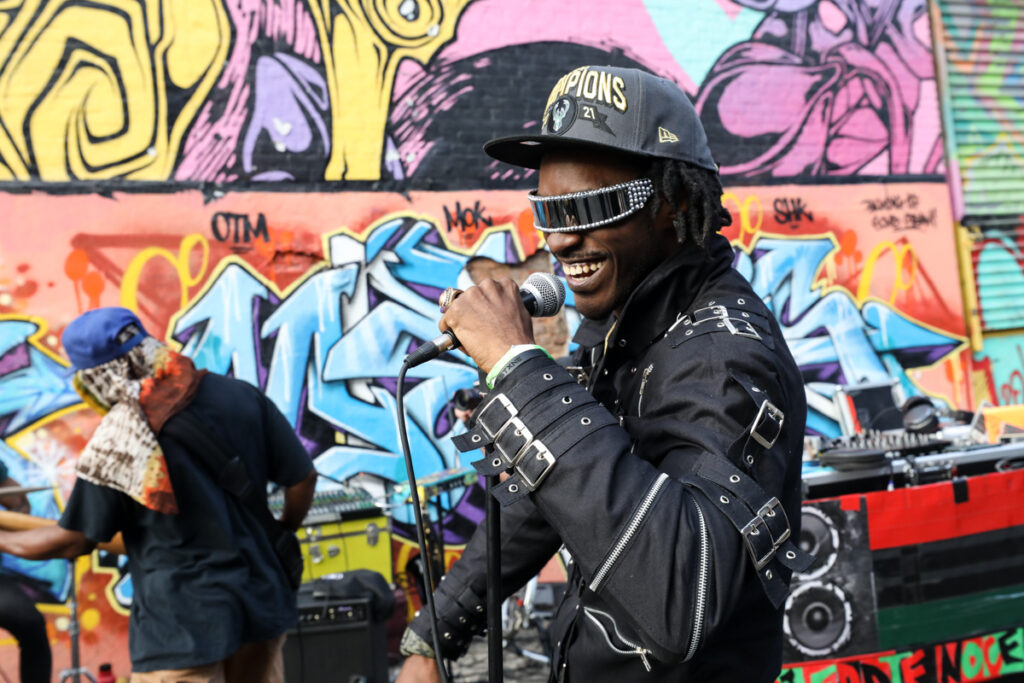 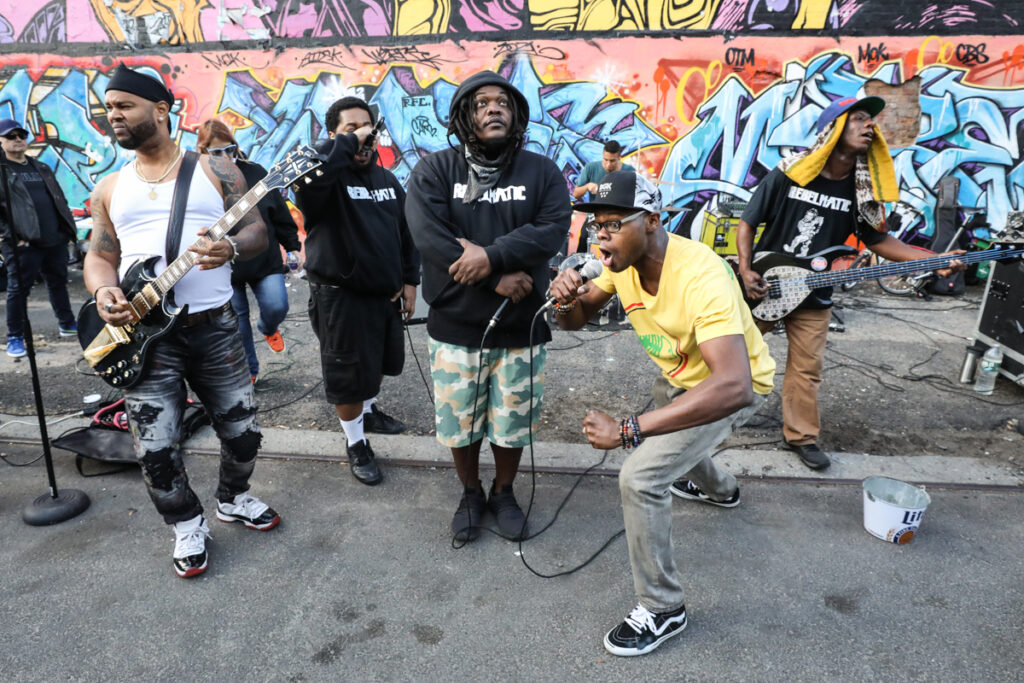 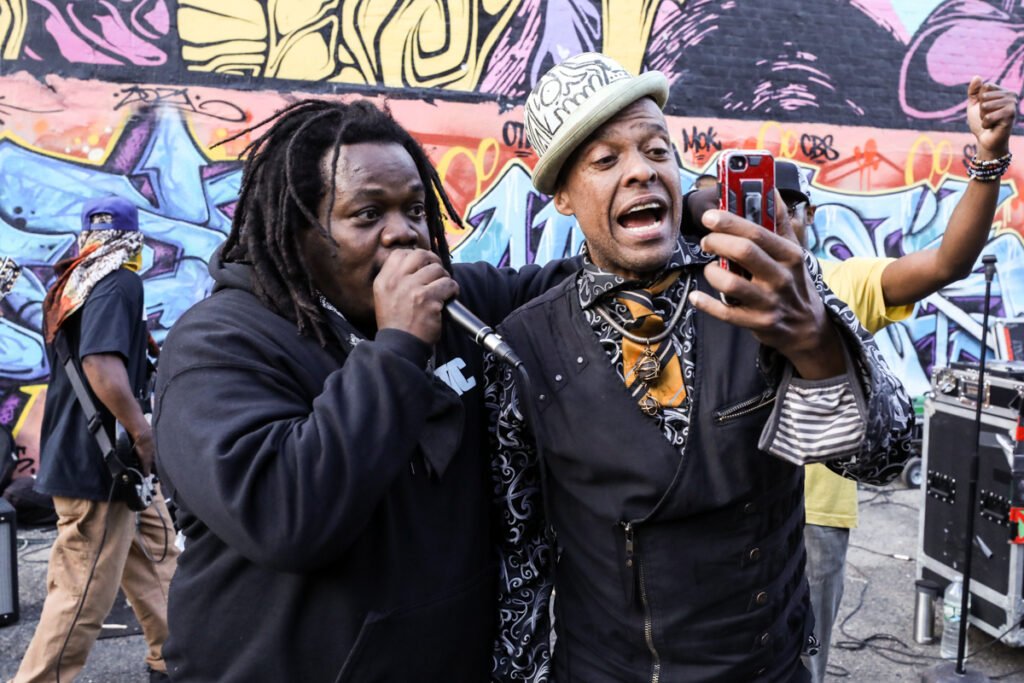