As part of BAM’s R&B Festival at Fort Greene Park, the always charming Valerie June headlined a free show late Sunday afternoon and closed out the week-long concert series with a 90 minute set. Though originally from Tennessee, Valerie June also now considers the neighborhood of Bed-Stuy her home, so it was quite fitting for her to play this local gig. I have had the pleasure of seeing her perform a pared-down set at the intimate Bar LunÀtico a number of times, and most recently, I saw her sing a song with Mavis Staples at the Apollo Theater in May 2019, but it had been a while since I saw her play a full blown set in front of a larger crowd.

This time, she was backed by a band including a horn section, and presented a set that was rockin’ at times as she adeptly switched from playing banjo, acoustic guitar, electric guitar and even a banjo ukulele. She mostly focused on her latest album, The Moon And Stars: Prescriptions For Dreamers, which came out in March 2021 on Fantasy Records, but also drew upon material from older albums including some of my favorites like “Workin’ Woman Blues” and “Somebody To Love” from her stunning debut. Though the festival was billed as being R&B-focused, Valerie June is anything but easily characterized into a single genre. She’s got a little bit of everything in her music, and you can also see that in the diversity of the audience. I’m so delighted I disregarded the threat of rain and caught this gem of a performance. 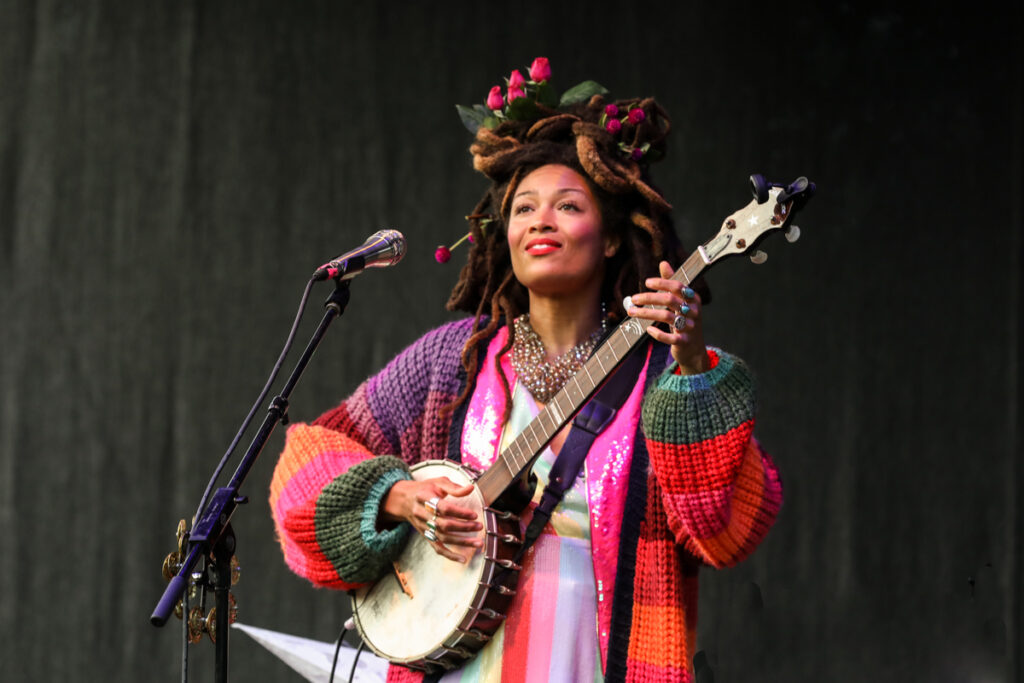 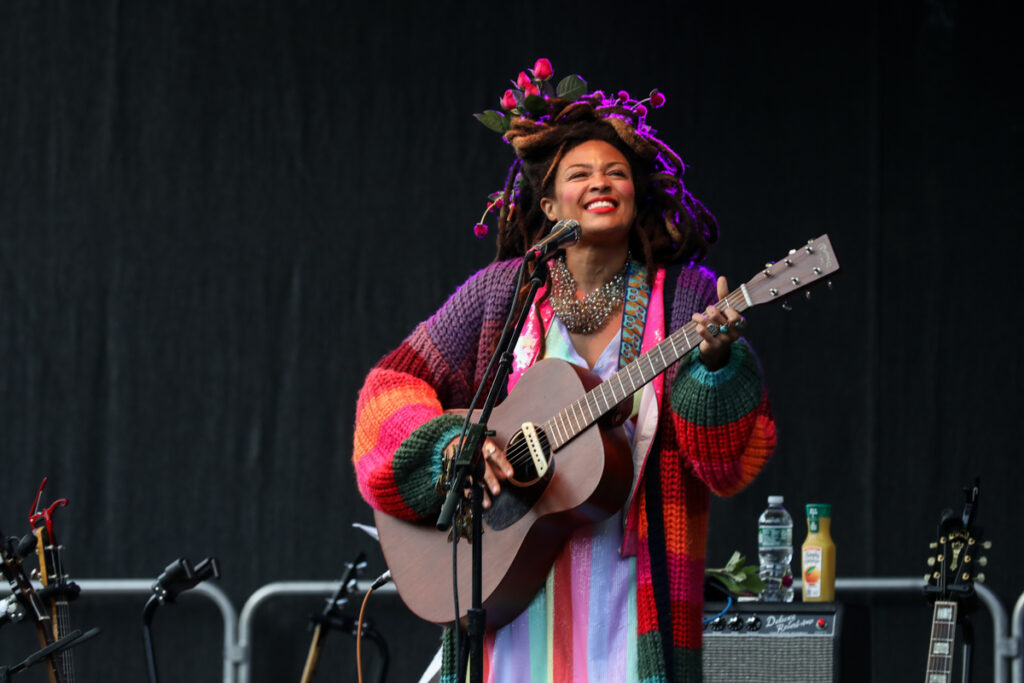 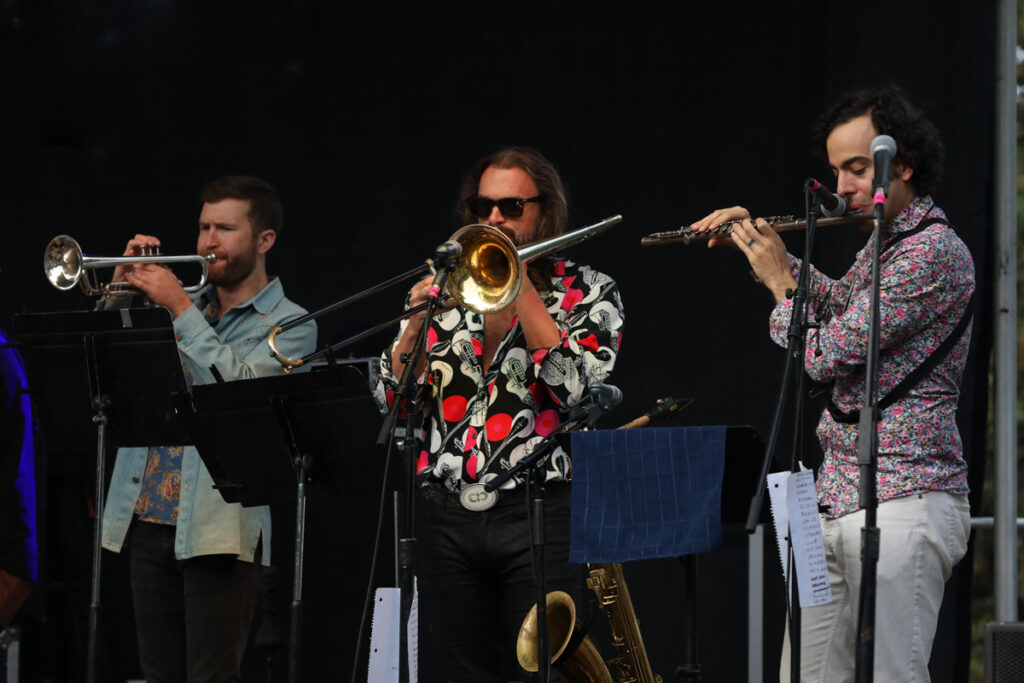 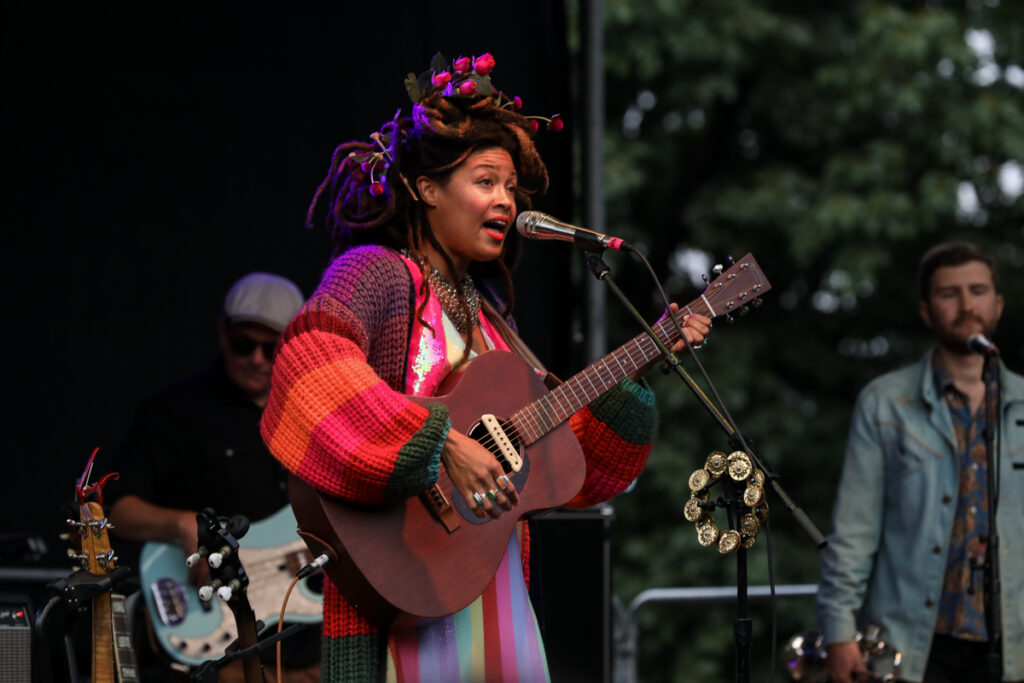 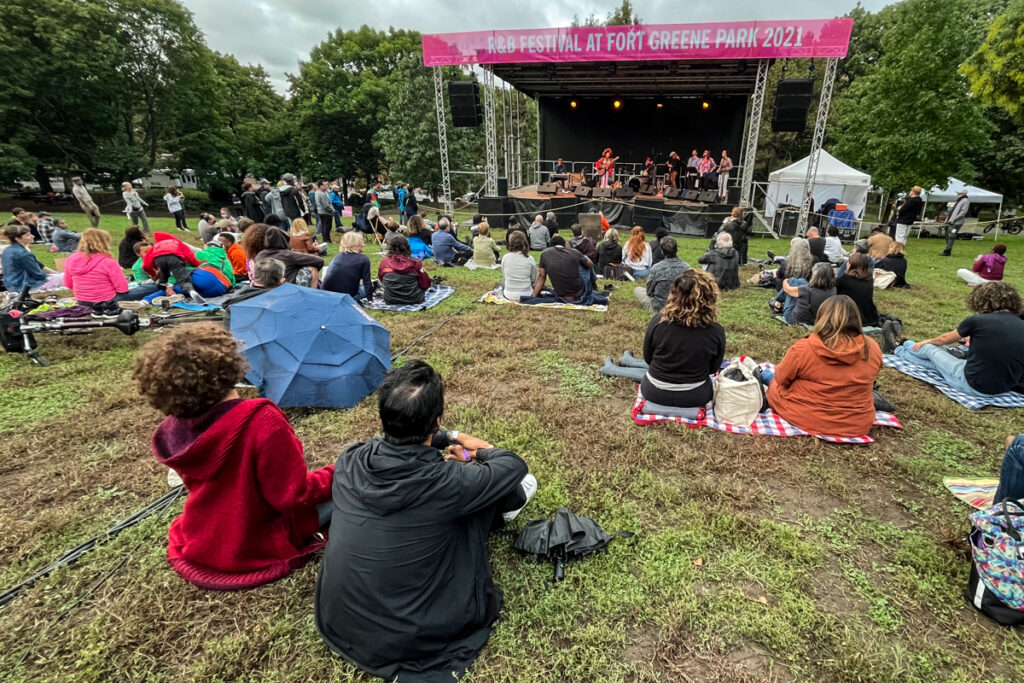 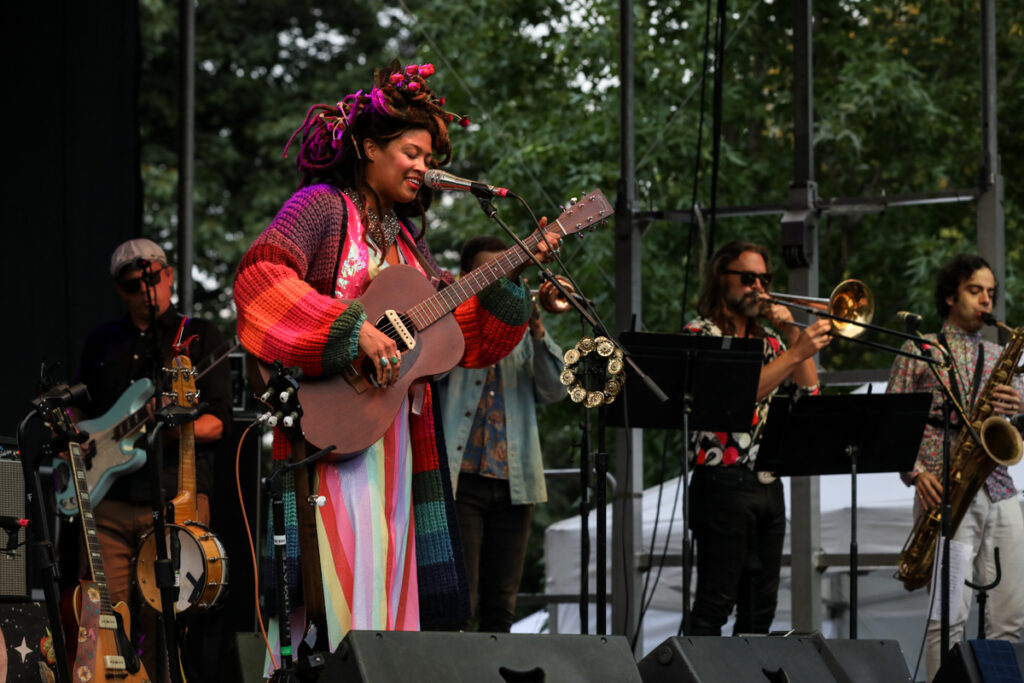 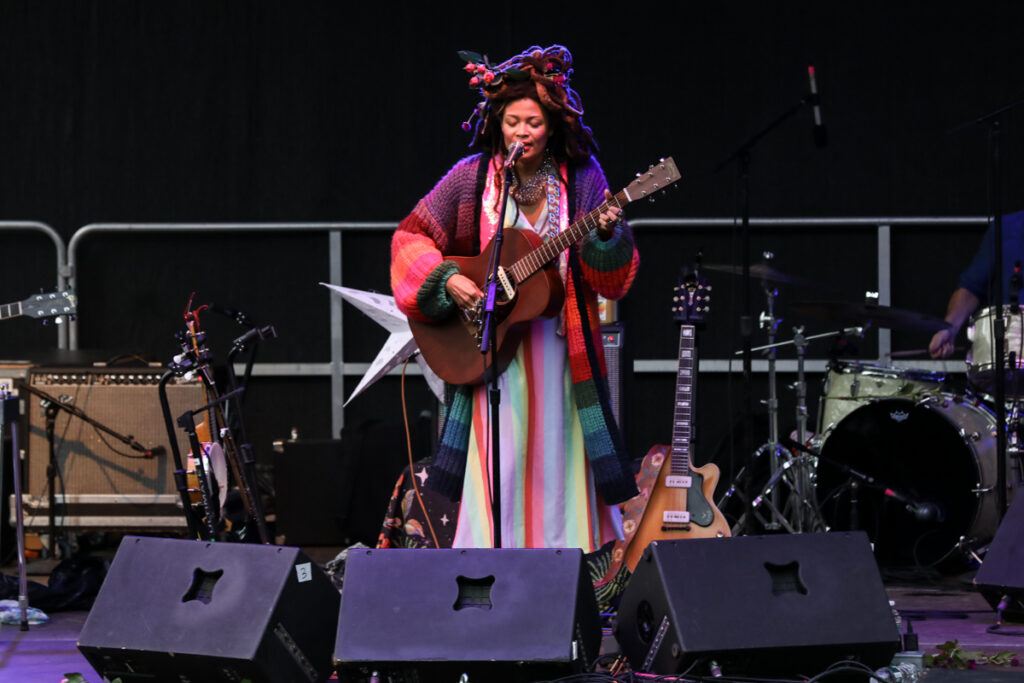 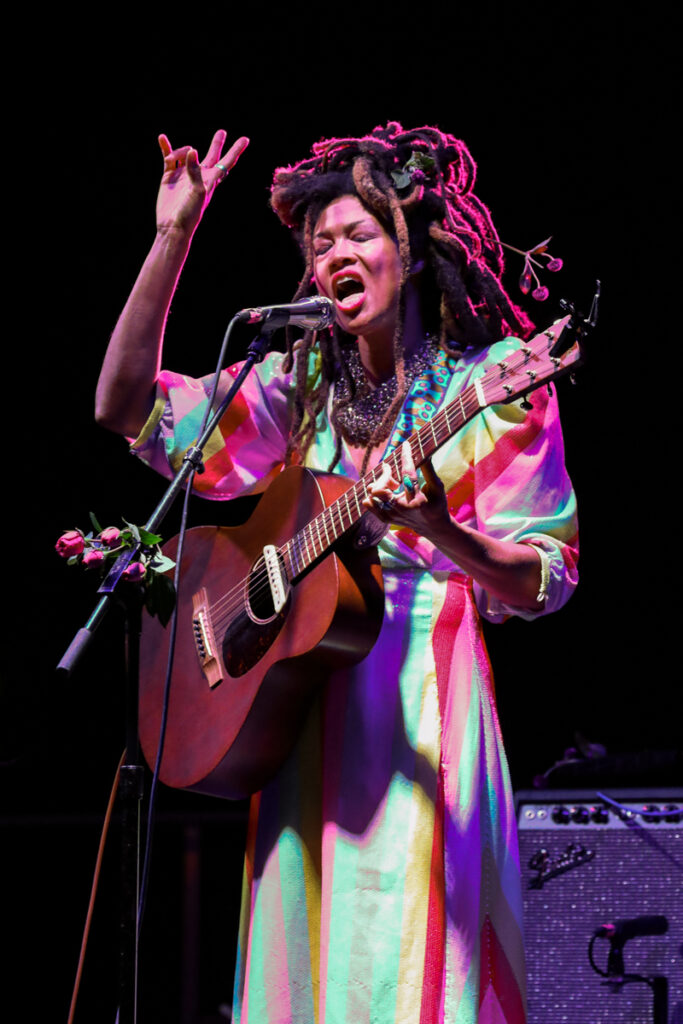 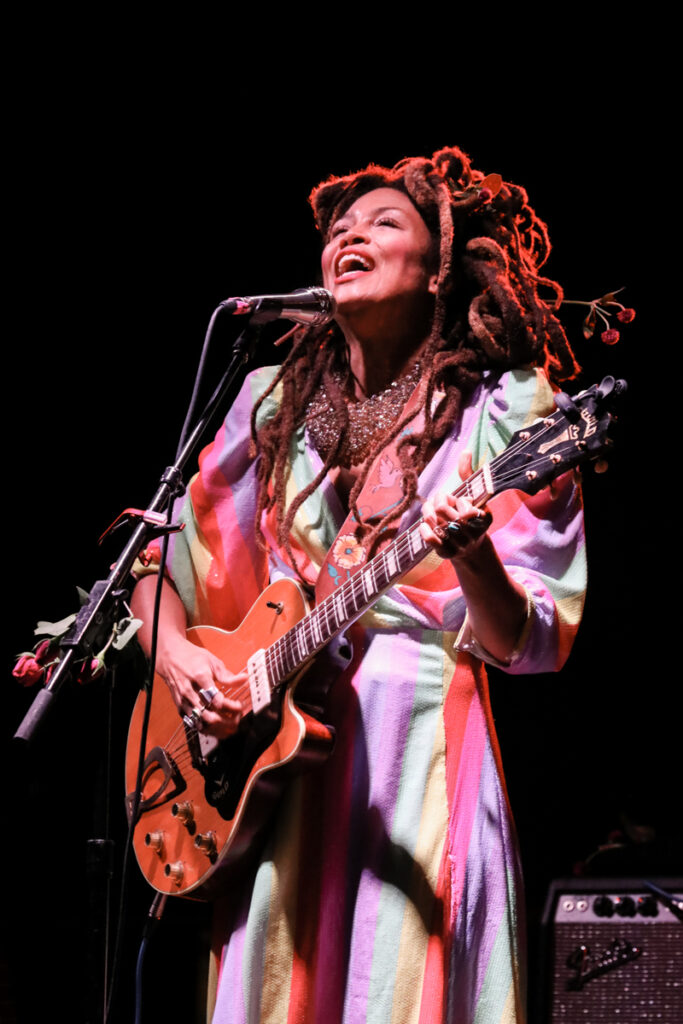