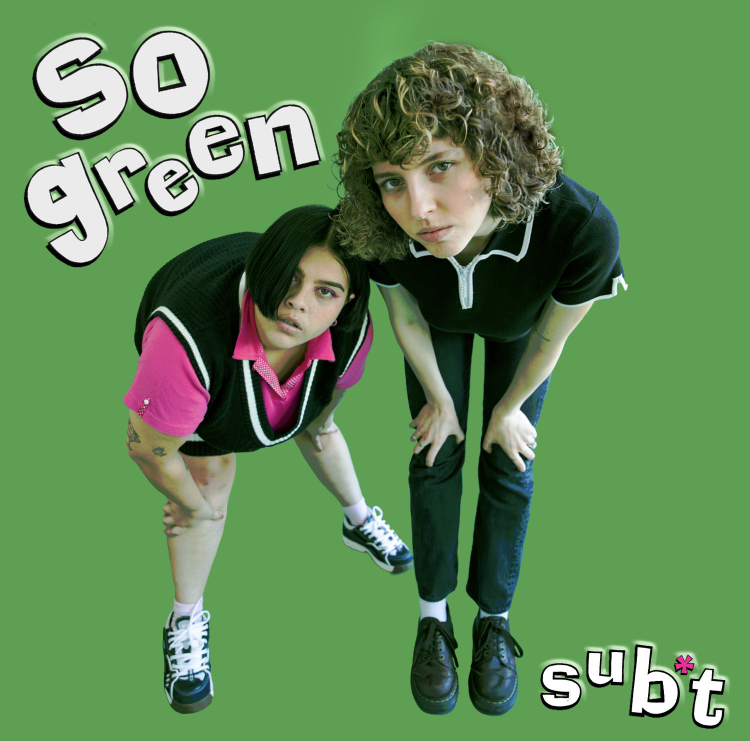 Fresh off two singles released earlier this year, Sub*T are back with a self-released four-song EP. So Green is a great sampler for the band, but works well as a release on its own without feeling thin. A two-piece consisting of opposite coast residents, Jade Alcantara and Grace Bennett, the band recorded the EP in Nashville with producer Alicia Bognanno (of Bully), although they are no strangers to trading song ideas and recorded parts online when separated by distance. According to an interview in Alternative Press, Alcantara and Bennett met online, bonded over music, and decided to learn how to play guitar so they could form a band together.

The opening track on So Green, “Bruce Banner,” is a bit deceptive — more upbeat than the rest of the EP, with the refrain of “I was so green” a reflection on youth rather than Hulk-like anger. The real meat of the EP for me is in the other three tracks, less catchy and less straightforward, perhaps, but weightier. The clever, vulnerable songwriting brings to mind 90’s Guided by Voices by way of pre-Bob Rock Veruca Salt. Through fuzzy riffs and twisting guitar lines, the musical layers belie the two-piece nature of the lineup, and the vocal harmonies between Alcantara and Bennett are well-placed. (I have to hope that their live shows push the vocals forward in the mix, because I think they drive the songs.) 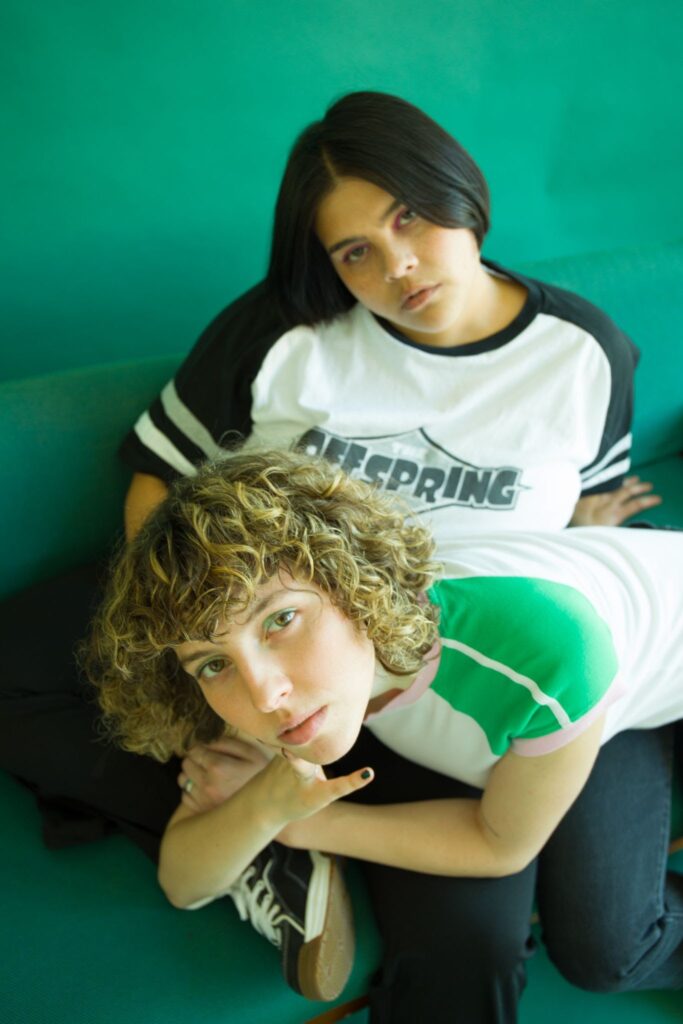 There’s quite a bit of looking back here, both in sound and nostalgic lyrics, but Sub*T are poised to move forward with this first EP. Stream it on November 19 on Bandcamp or Spotify, and check out the band on YouTube. If you’re in Brooklyn, you can catch them with Been Stellar, Computerwife and Dinoboy at Elsewhere on November 21st.