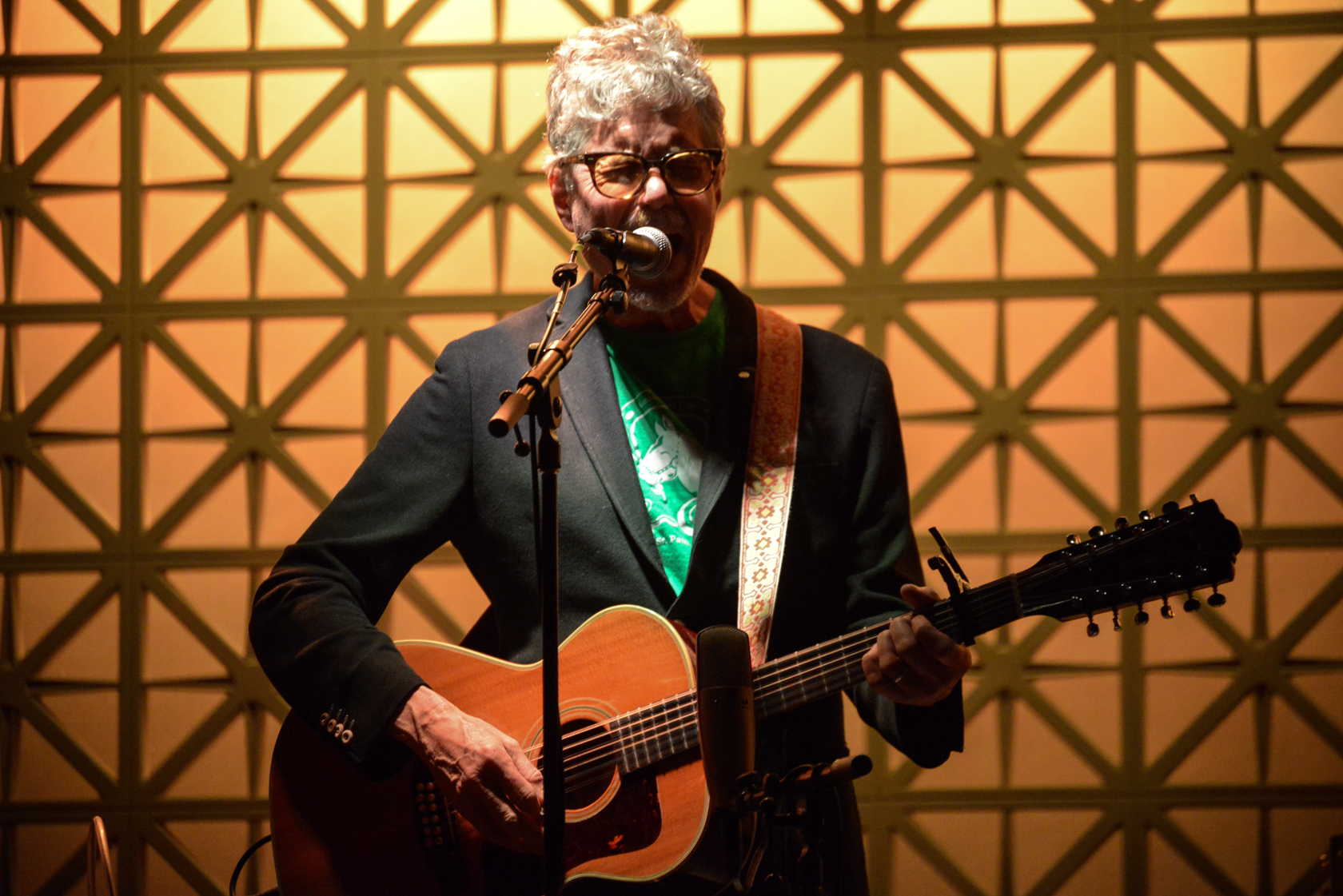 Gary Louris at Brooklyn Made (photo by Ray Rusinak)

Gary Louris, co-founder and lead singer for the seminal alt-country band The Jayhawks, is no stranger to New York. He and The Jayhawks regularly play here, most recently at Irving Plaza last November. However, as a solo act, Louris hasn’t visited New York City in quite some time. I could be wrong, but from what I can tell the closest he’s come in the last 10 or so years was either Freehold, NJ or Woodstock, NY. So Saturday’s show at Brooklyn Made was a much anticipated evening for myself and like minded fans of Louris.

Unfortunately I arrived at Brooklyn Made too late to see the live debut of Gary’s son Henry, who is actually an artist in the paint and print world first and foremost and only recently started pursuing a musical career. Henry released his debut single called “Titanomachy” in January and says that he expects to be releasing his first full length LP sometime this spring.

I did manage to get to the venue in time to catch Steve Almaas’s set to which I was quite happy about. Steve, a veteran of both The Suicide Commandos, a relatively short lived punk rock band formed in 1975 that never gained all too much traction outside of their home city of Minneapolis, and The Beat Rodeo, a rootsy alt-country (before there was such a thing) band. Almaas’s set was an enjoyable pastiche of song and tales from his long life in the not so famous world of rock and roll. An affable stage presence made his set seem familiar despite my not knowing any of his actual solo work. His bringing Gary Louris out for a duet on Steve’s “Goodbye Nicolina” off of his most recent release Everywhere You’ve Been was definitely a nice touch to what was already a very good opening set.

Gary Louris would eventually take the stage without much fanfare and started things off with “Almost Home” the lead track off of his 2021 album, Jump For Joy.  After the song, Louris reached to grab his 12 string guitar to which he said he was in a bit of a 12 stringy mood this evening, mentioning that it was a 1970 Guild 12 string which his “lovely” wife had bought him many years ago. It wouldn’t be long before we would discover that Gary’s wife was actually in attendance up in the balcony when she called out a line to The Jayhawks’s song “All The Right Reasons,” which Gary had stumbled upon.

That was the kind of night it would prove to be. Brooklyn Made is a pretty intimate room to begin with and the sociable, albeit sparse crowd made it feel even more so. I say sparse but must say that those who were there were clearly serious fans who were appreciative and respectful even if the mood in the room was one where a give and take from stage to audience and vice versa was quite prevalent, and as the evening progressed, quite fitting. Louris’s set was loose and informal— there were some forgotten words, a missed chord here or there and some technical issues with his six string’s power chord which in classic father-like fashion he blamed on his son Henry. But none of this mattered (to Gary or to those in the audience). It was this informality which gave the evening an almost “sitting in the living room listening to friends play songs” kind of feel. The evening was a perfect blend of solo material from the aforementioned Jump For Joy as well as 2018’s Vagabonds as well as a smattering of Jayhawks material, including a beautiful rendition of “Everybody Knows” which Louris originally wrote for The Chicks for their Taking The Long Way album and that The Jayhawks ended up including on their Back Roads and Abandoned Motels 2018 release. There was also an eclectic mix of covers thrown in for good measure.

To close out the evening Henry would eventually join his dad on stage for a handful of songs. The father and son would end up performing what might have been my highlight from the evening their cover of The Beatles’s “Dig a Pony”. Introduced as a throw away joke initially done on The Shitshow, a series of streaming living room jams that Gary and Henry did during quarantine, their version of the song was a perfect combination of comedy, spot on musicality and beautiful harmonies. (Head to @WaltzingPedicle on YouTube for the video). The show would be concluded with Gary and Henry’s take on “Tailspin” from The Jayhawks’s Rainy Day Music.

And just like that, a beautiful evening of music and camaraderie in a room full of friends who just happened to be strangers was brought to an end. Was it a polished night of music and song? Not even close, but that’s what made it all the more special. We all have our worts and blemishes and on this one chilly night in Bushwick Brooklyn, Gary Louris performed a fantastic set of tunes with no apprehensions about displaying his. 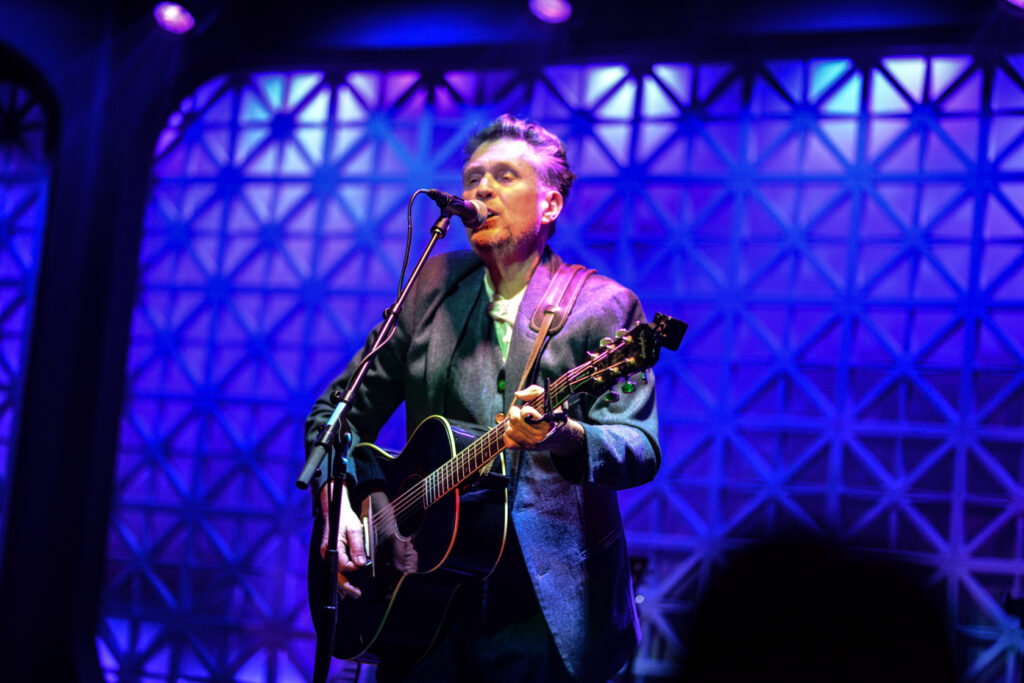 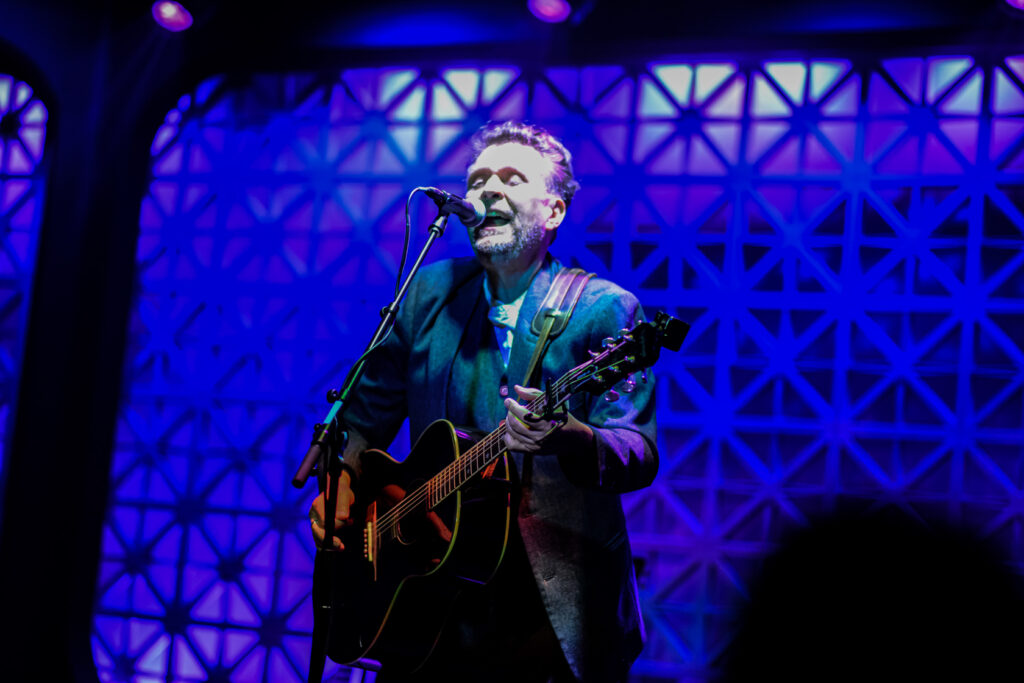 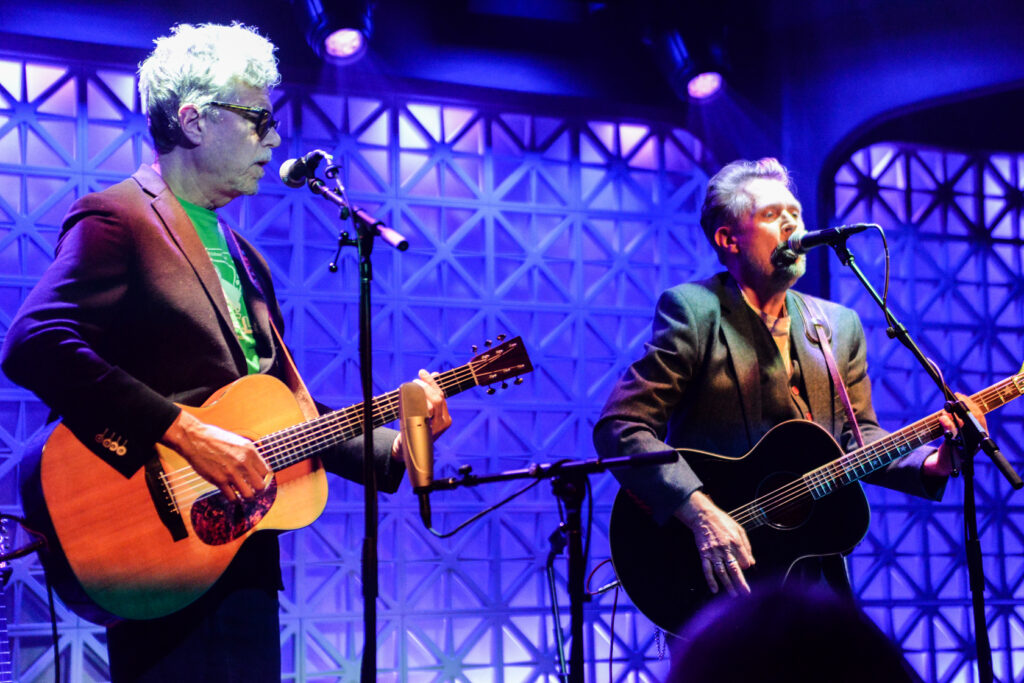 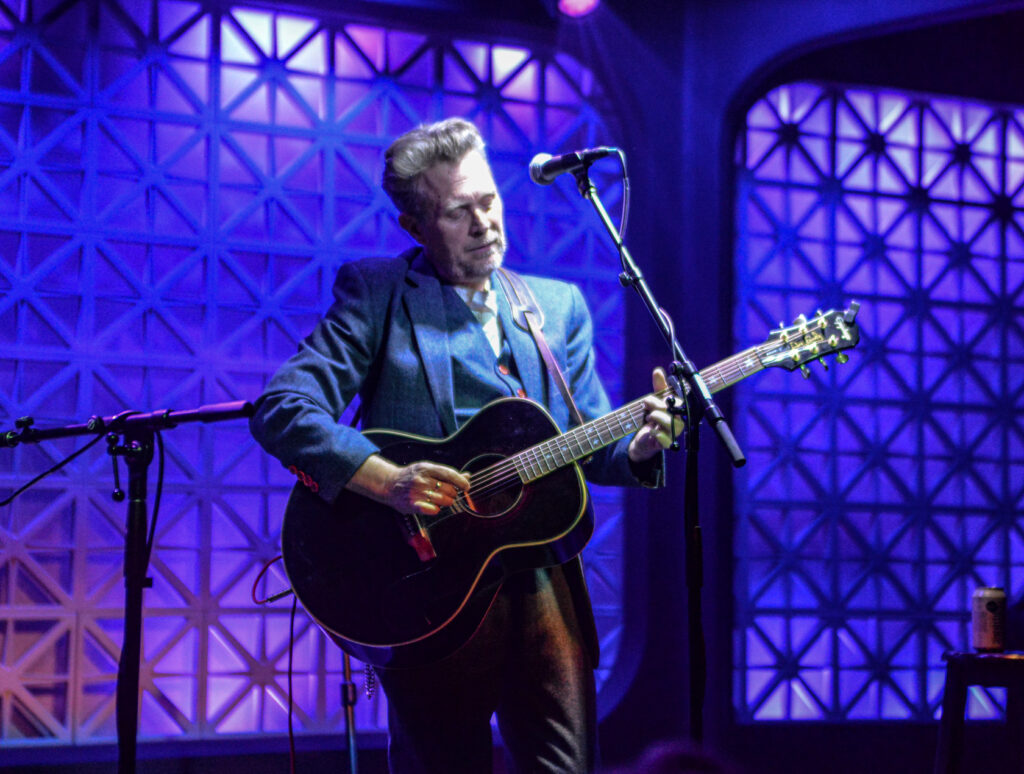 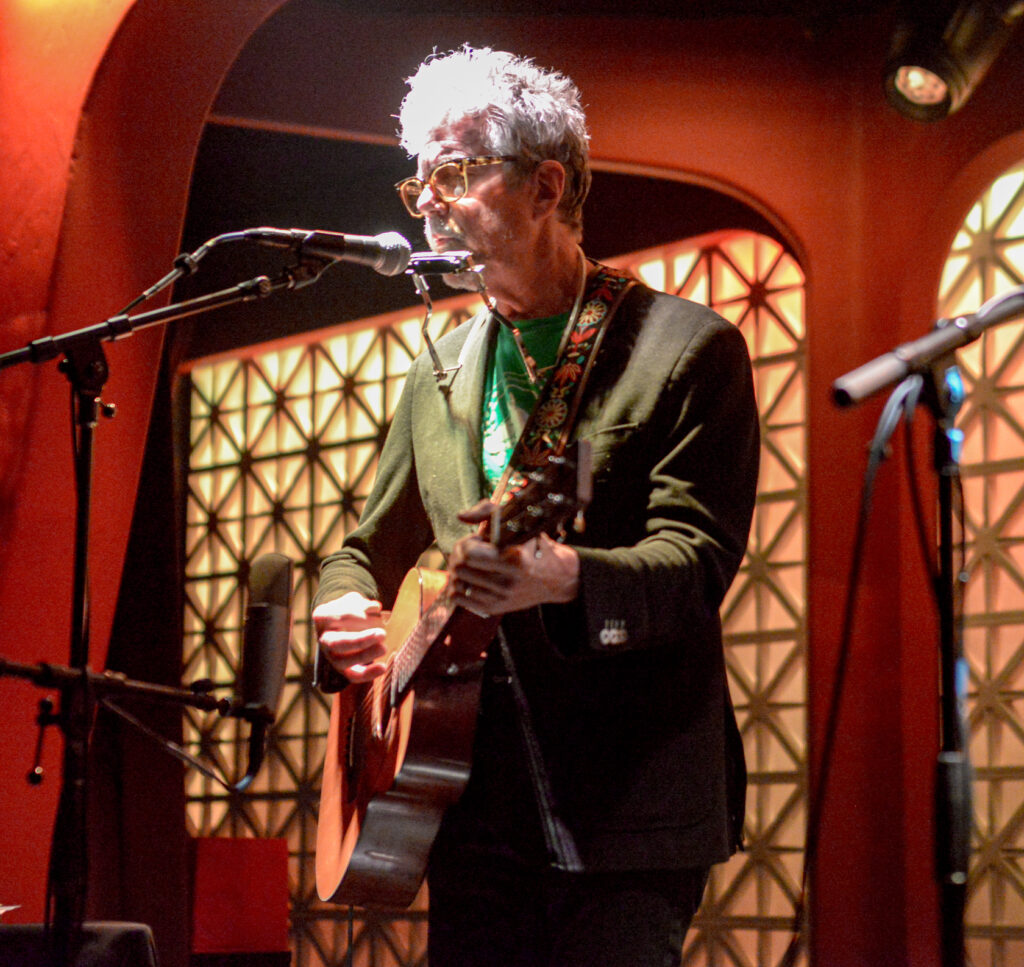 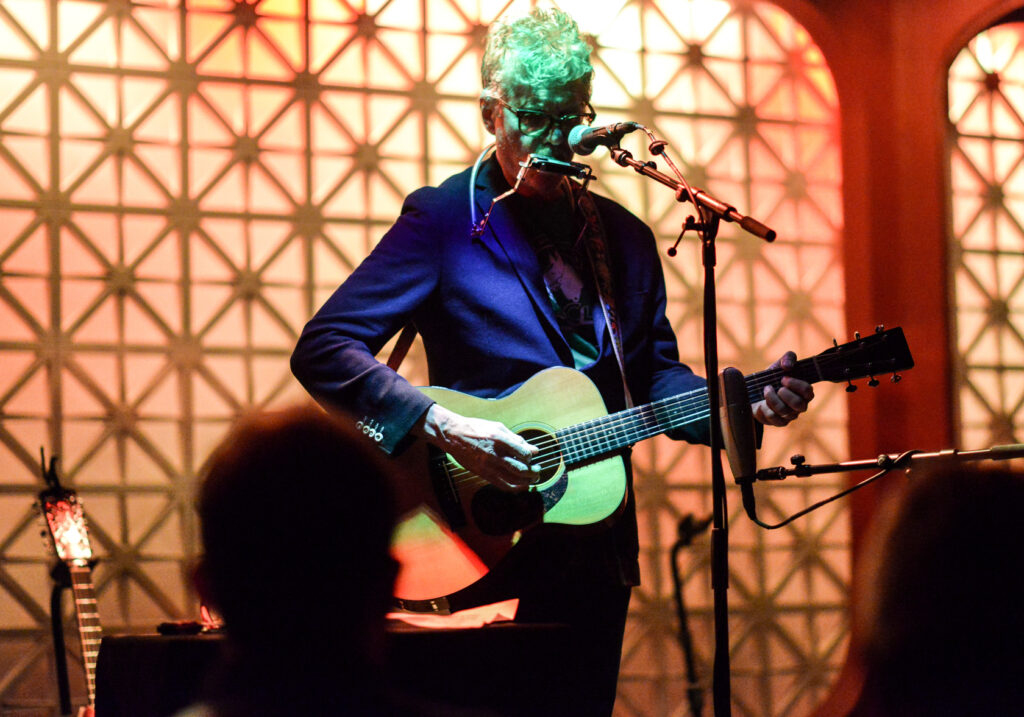 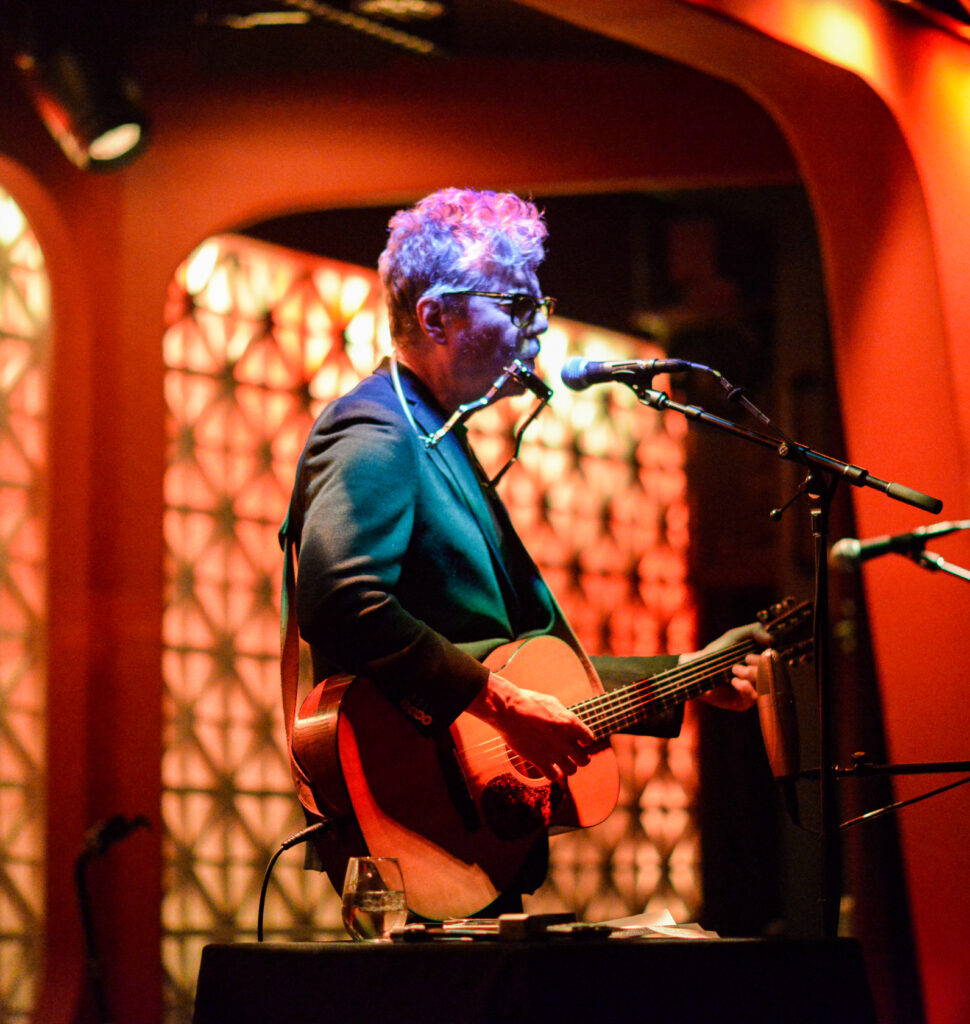 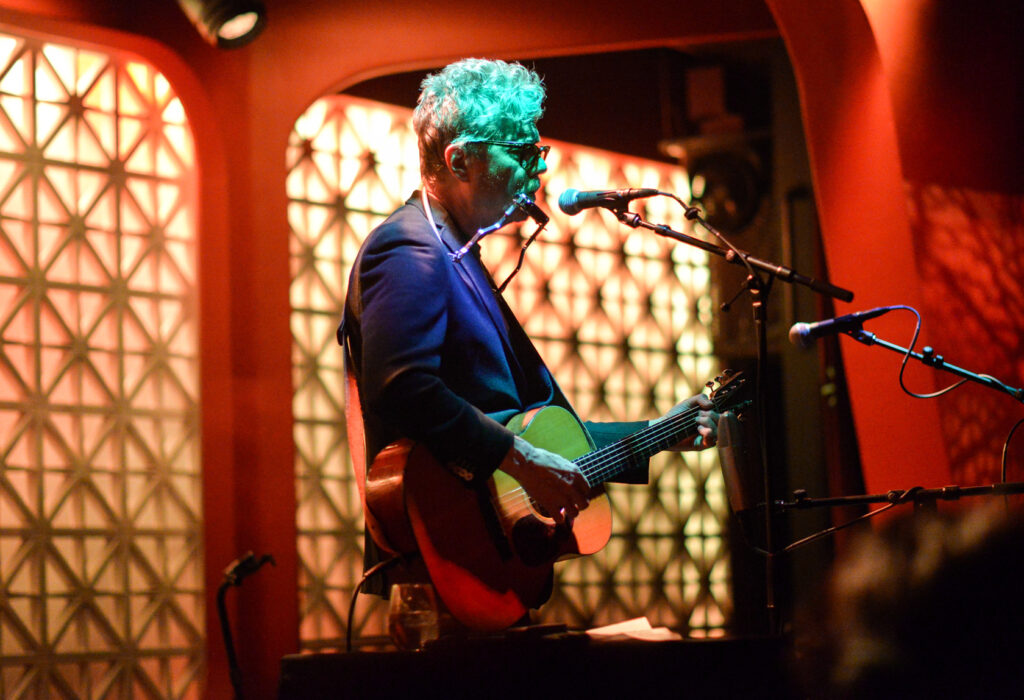 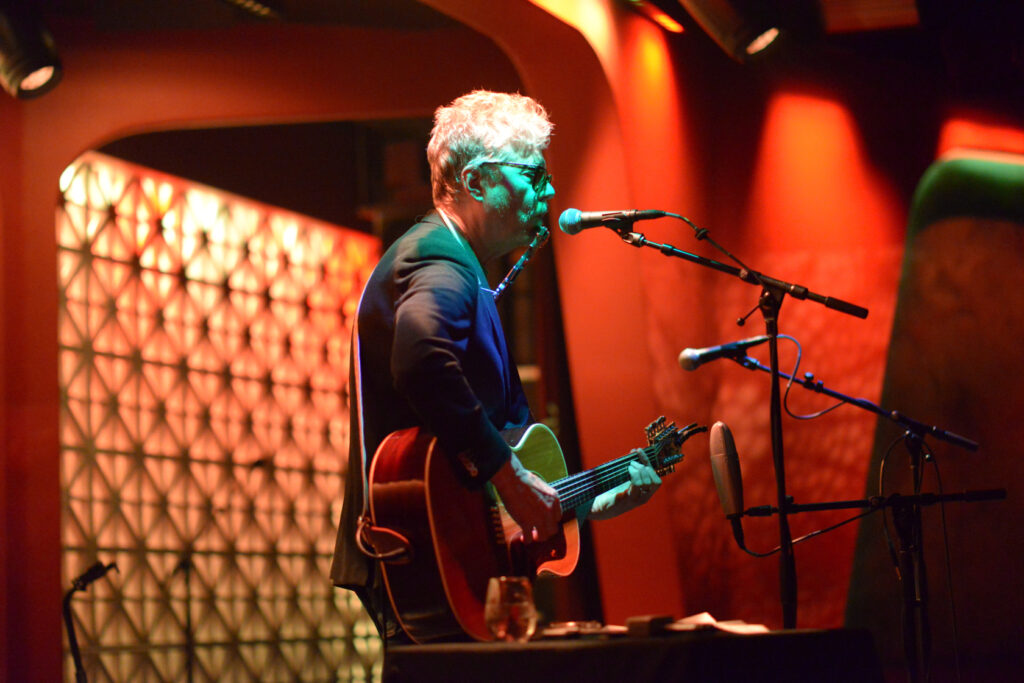 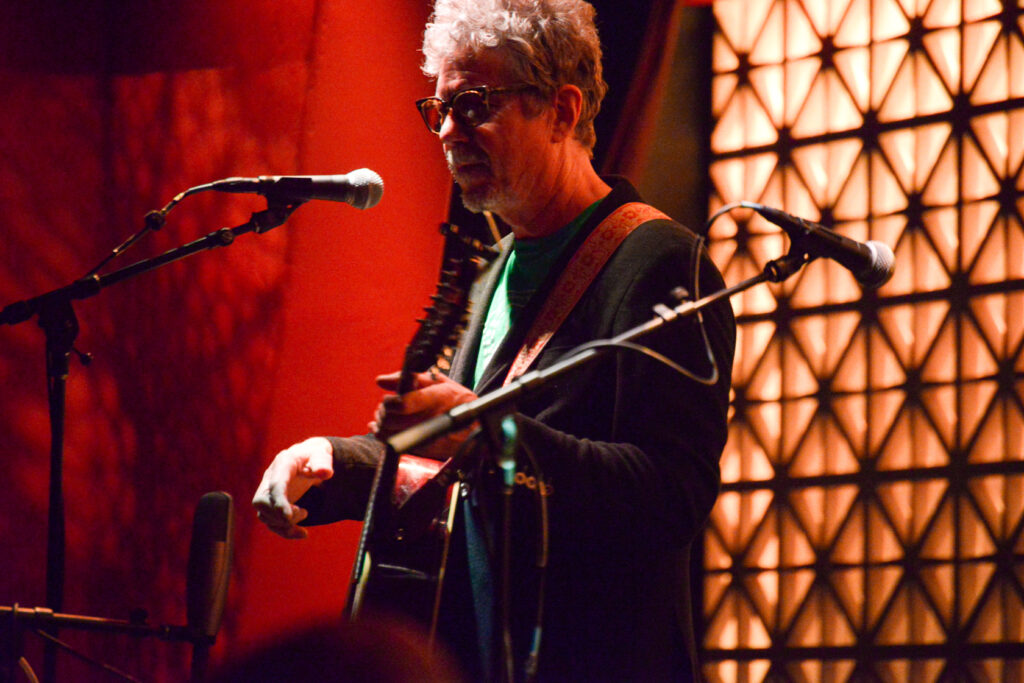 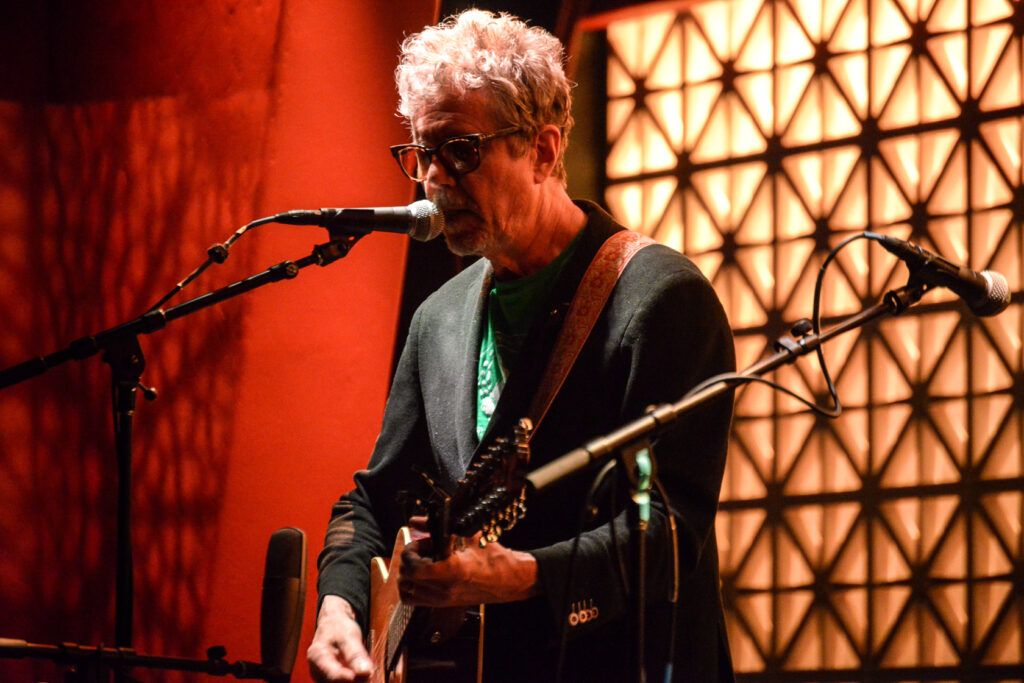 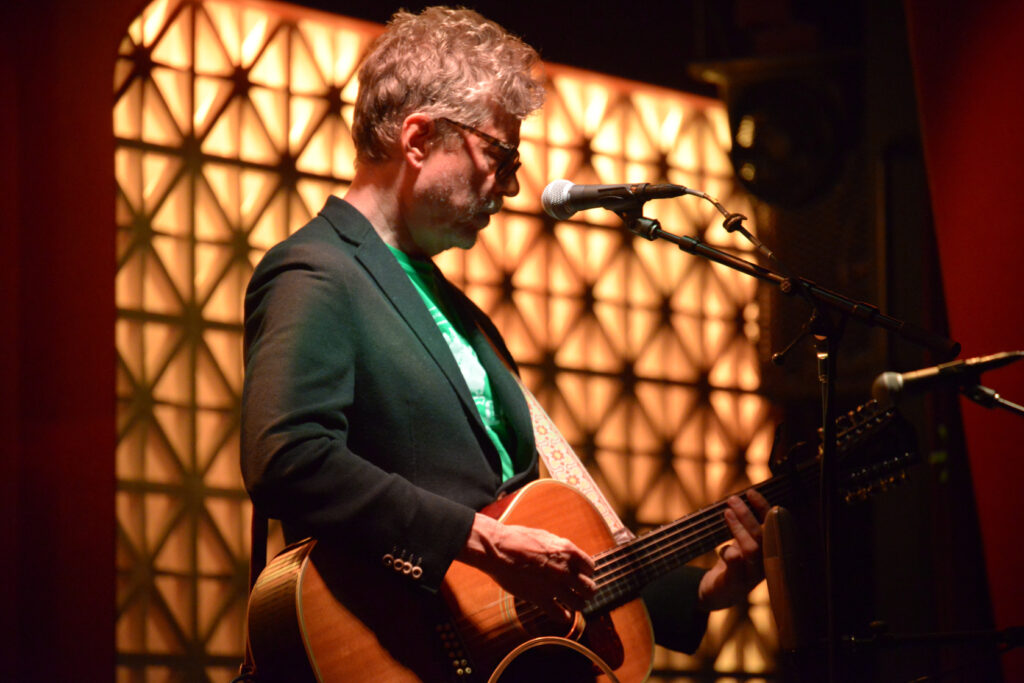 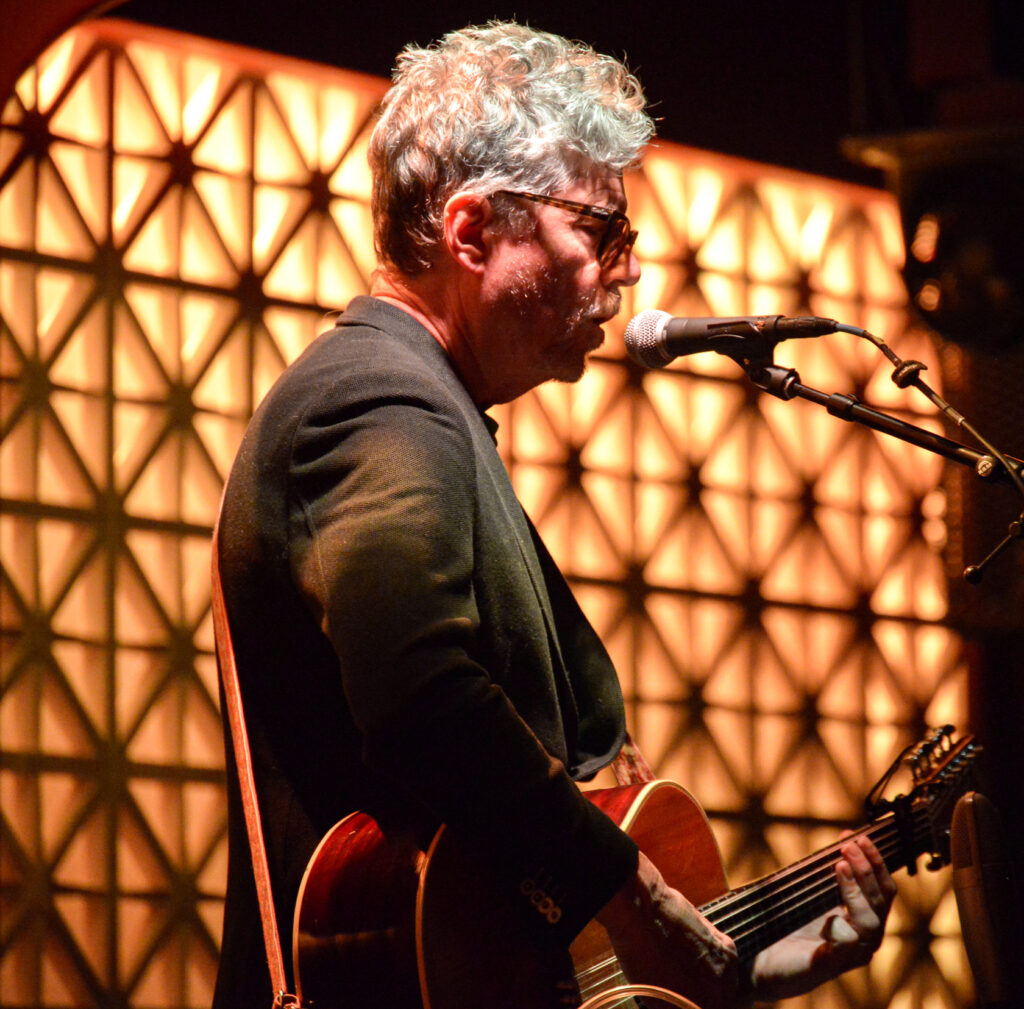 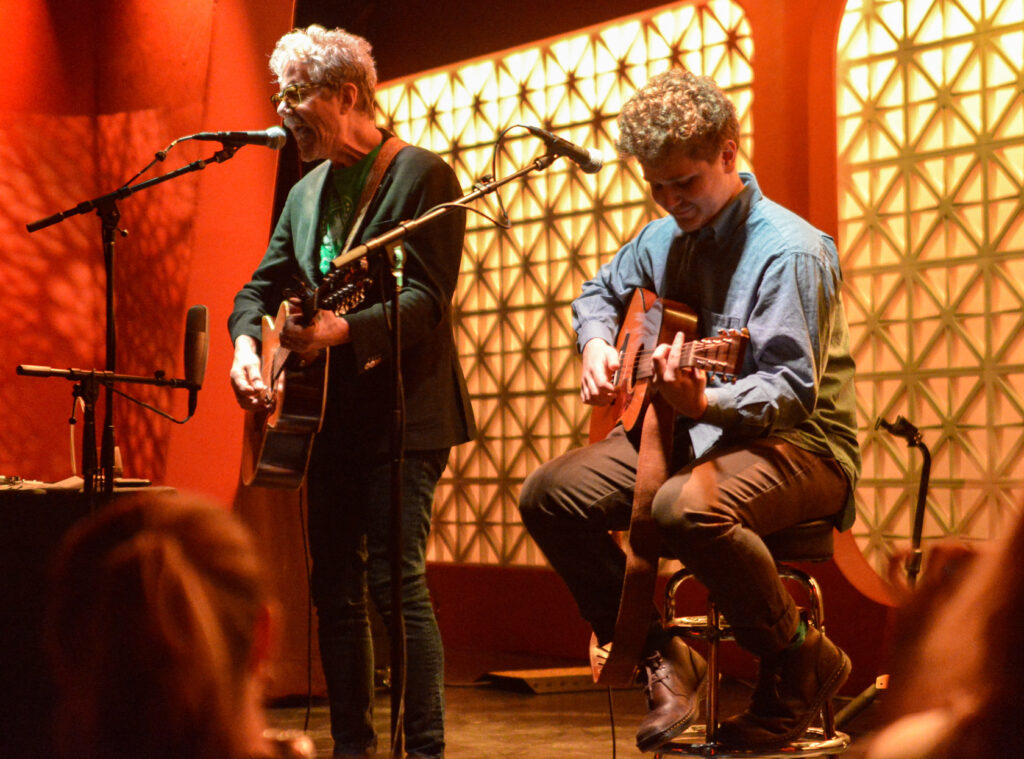 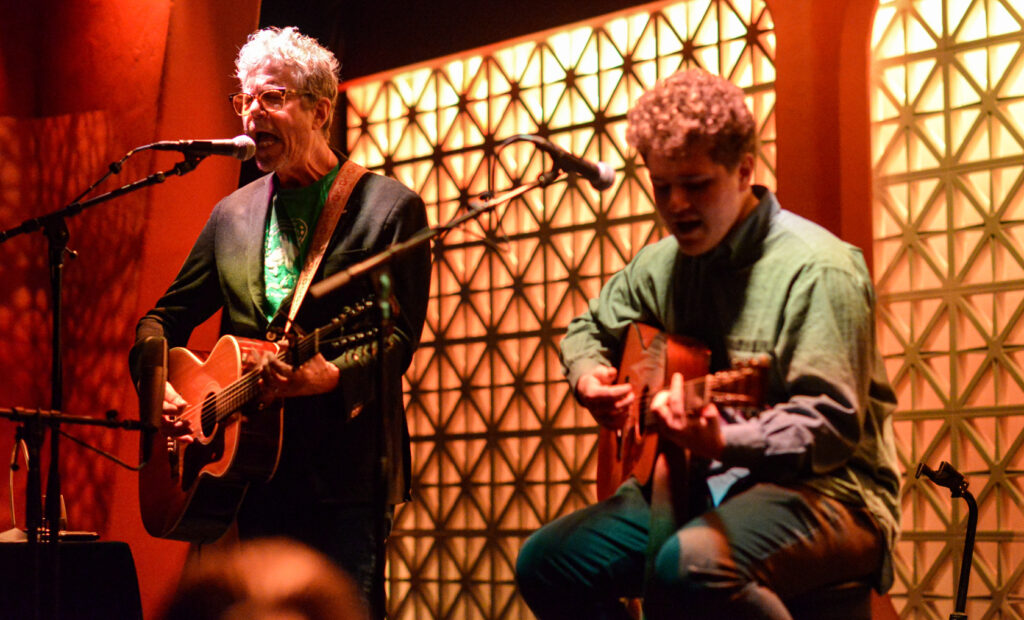