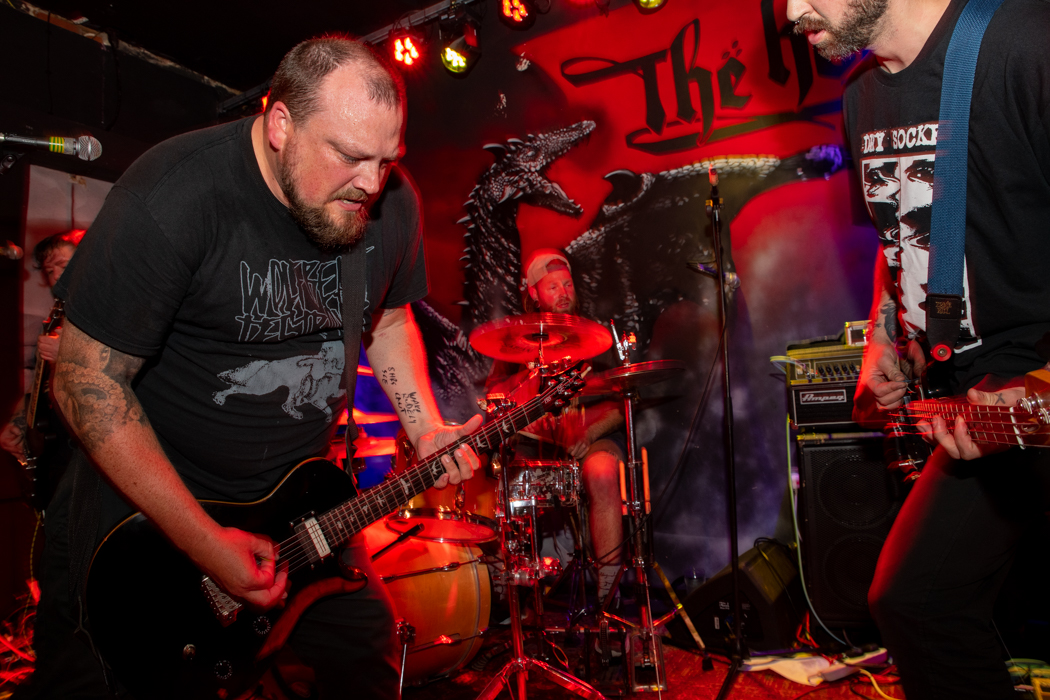 Rash Decision at The Hobbit Pub (photo by Kate Hoos)

One of my favorite things in life is going to DIY shows (even if I have become “industry” by working in large venues now, cue sarcastic eye roll) and I especially love when I’m able to incorporate going to shows in other places when I’m traveling. No matter where you travel, if you know where to look, you’ll always find pockets of people putting on shows and coming together as a community to keep these scenes alive and almost always enter a welcoming space regardless of who you are. My love for DIY and exploring these communities is how I found myself staying in a small hotel with a friend and walking over to a show in Southampton, a port city on the south coast of England (which most Americans may know as the place where the Titanic launched from), and blending in with a crowd of like minded music fans and misfits to enjoy a late afternoon hardcore show.

Like many DIY shows I end up attending, I found out about this one because one of the members of Rash Decision, singer/guitarist Dave Decision, is in another band I’ve seen before and love, the X Files themed hardcore unit, F. Emasculata, and that’s as good a referral as any for me; I was happy to have this show line up with my planned trip to the UK so I could be on hand to support. Rash Decision hails from Cornwall and bills themselves as “noisemongers” and fastcore. That could not be a more apt description as the songs are all warp speed and I’d wager to say not a single one clocks in at more than 2 minutes in length, most offering pointed political commentary on the decaying society we find ourselves stumbling through on any given day. They were joined on the bill by Bitterman, who hail from Portsmouth, and lean more towards the post hardcore side of things. 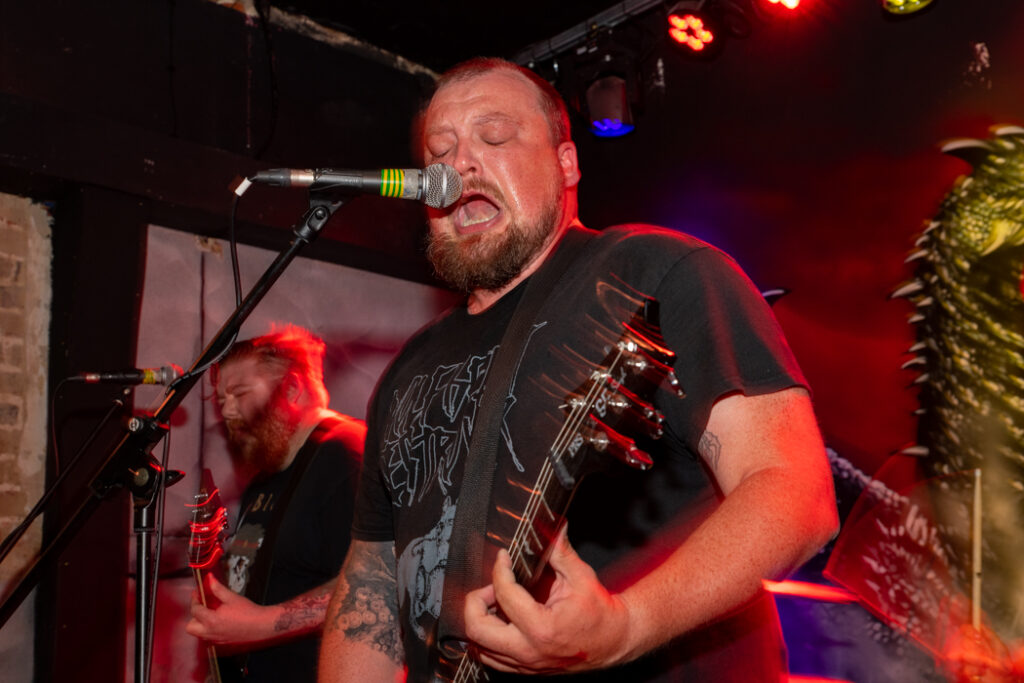 I was also very pleasantly surprised that towards the end of RD’s set the crowd broke out not into a mosh pit, but into the “Rock The Boat” dance on the floor (done to the 1974 hit by The Hues Corporation), a staple of Irish weddings and parties, which as someone born and raised in the US, I had never witnessed in person before (or even heard of before Season 2 of Derry Girls). Though upon further research and according to this article, I realized that my original take may have been off because I found out that when this dance is done in the UK, it’s done to an entirely different song, “Oops Upside Your Head” by The Gap Band, while “Rock the Boat” is the version done in Ireland. (Though apparently the dance moves are the same in either place. I think. Forgive my American ignorance on this one please.) I think I’m the biggest fan of this third interpretation though and it was very delightful for me to witness and I couldn’t help but chuckle very heartily. I wish more American hardcore shows went like this because this was way more fun than dodging large men moshing and fearing for my personal safety (a reason I tend to miss more and more hardcore shows the older I get truth be told). 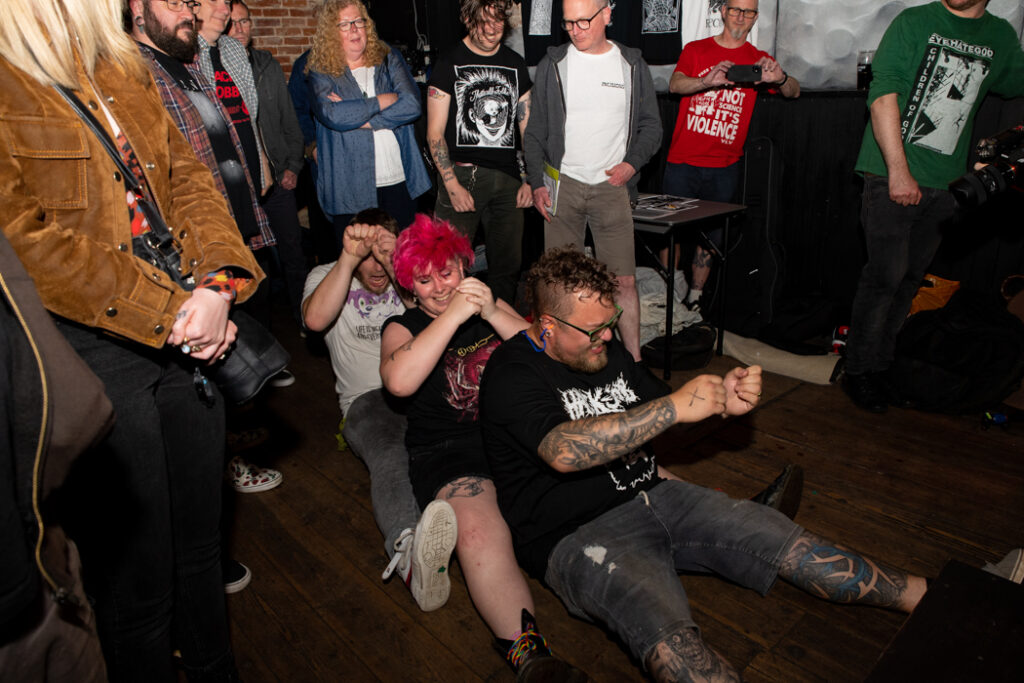 It was clear to me that this was a tight knit community of friends and I felt grateful to find a little space in it as a visitor, if even for a few hours. It reminded me of my youth in New Jersey in the late 90s, finding out about a show happening at a small space in another town on a weekend afternoon (though back then a VFW hall or an elementary school gym would have been the setting instead of a pub) where a few dozen punks and like minded misfits looking for their place would come out and join together to inhabite the chosen space and see each other, some good bands, and perhaps pick up some records and zines to enjoy at home until the next inevitable time we all met up at another show.

The feeling I had back then at shows as a kid is something I don’t always feel all the time now, even though I’m at shows for work or this blog on average 25 nights a month. It is a special and unique feeling, wholly unlike what I feel at the myriad shows and venues I work at and/or frequent in NYC regularly and only seems to return for me when I go to shows like this in small communities and in places that aren’t located in the 5 boroughs. And that’s not to knock NYC or the amazing gift of live music anywhere, any time I want it, every night of the week, or the vibrant underground music scenes that exist here. I love having access to all of that, but there’s also no denying that there’s no comparison to the magic of being able to be part of these communities—even if it’s just as a visitor passing through—and getting to enter into these little pockets of punks and weirdos existing outside of urban environments and thriving on their own terms. No comparison at all.

Have DIY will travel, now and forever! 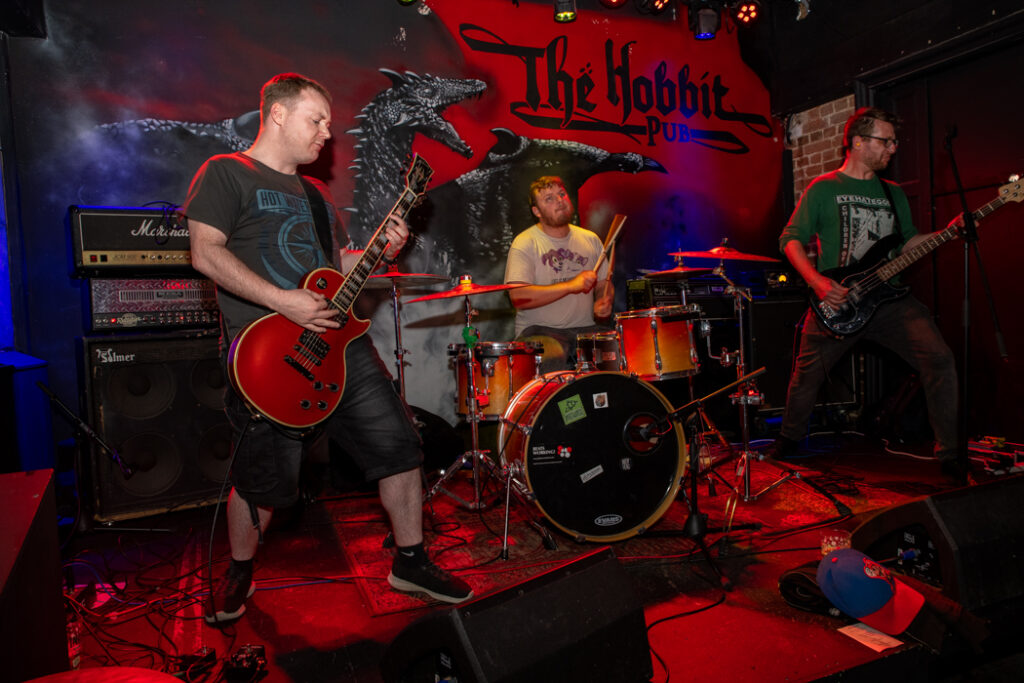 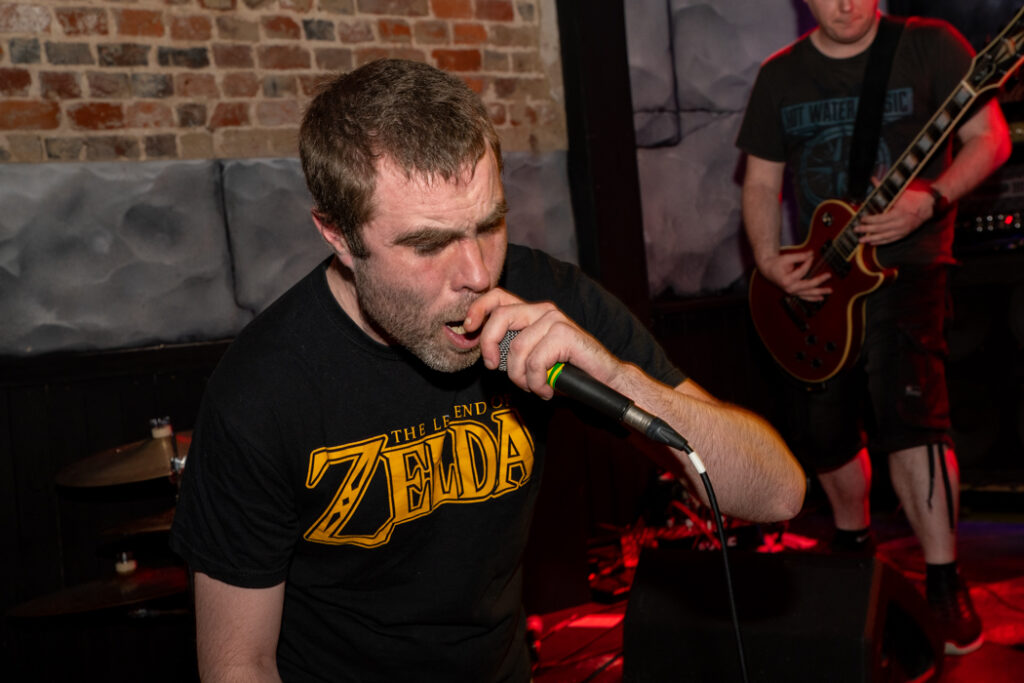 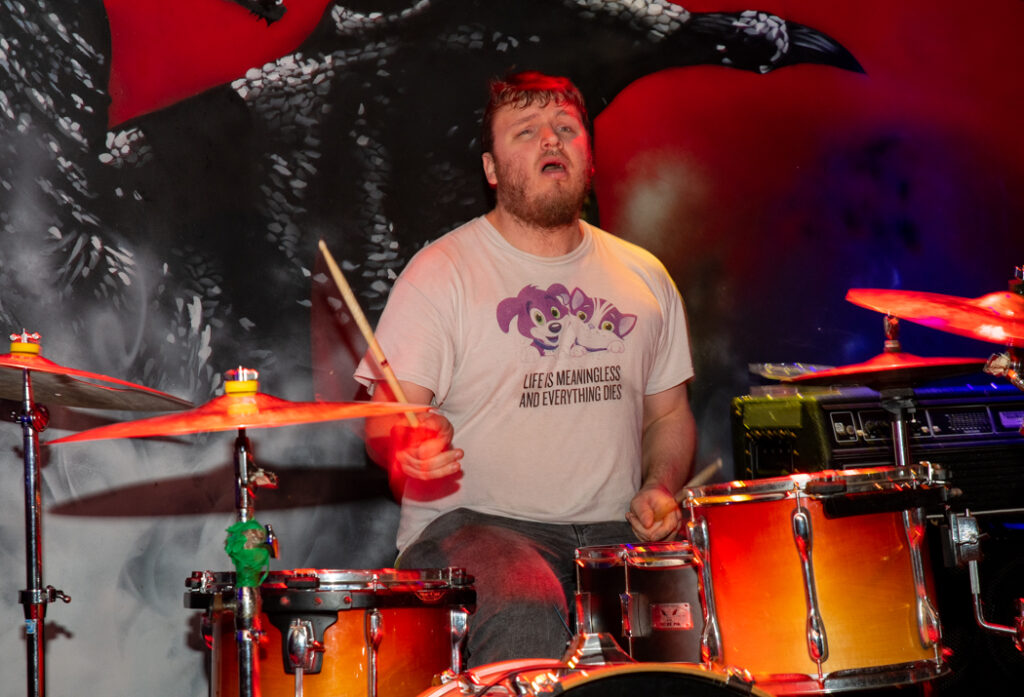 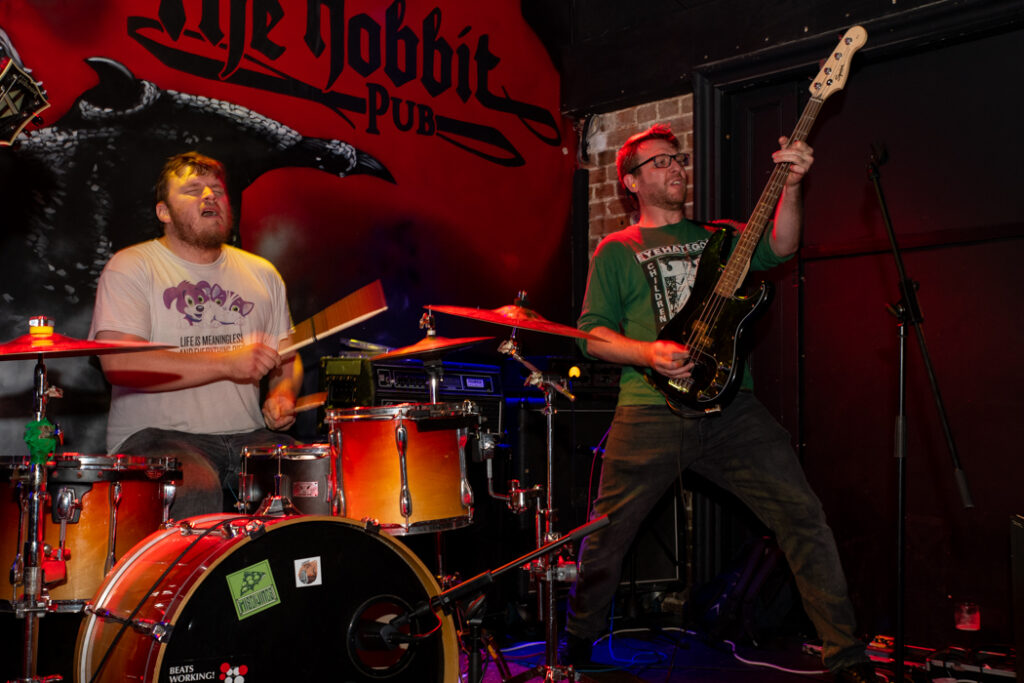 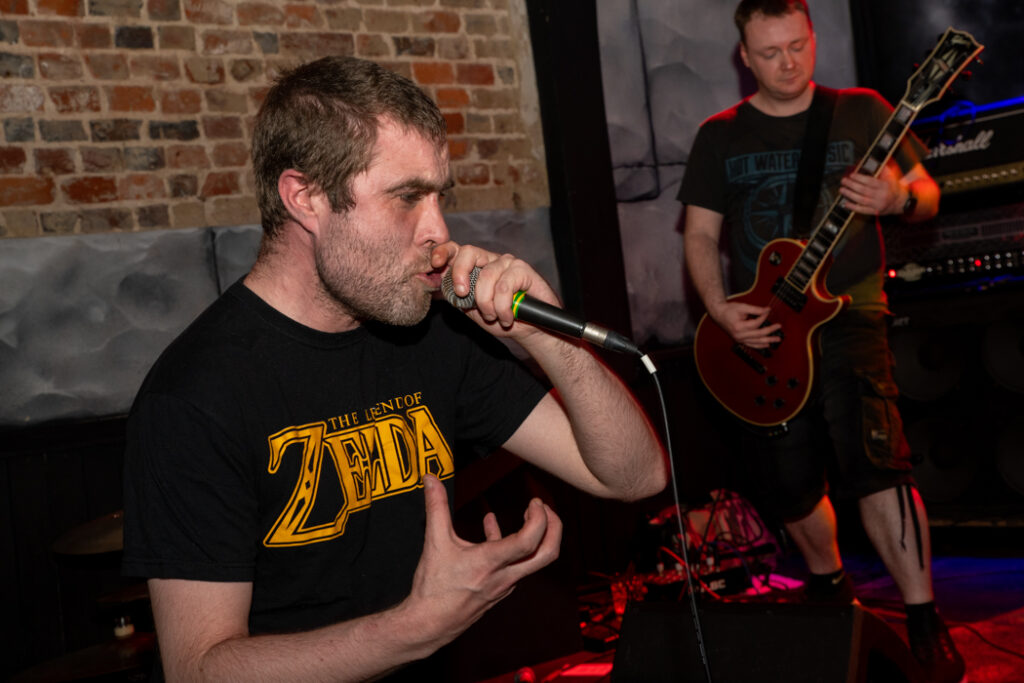 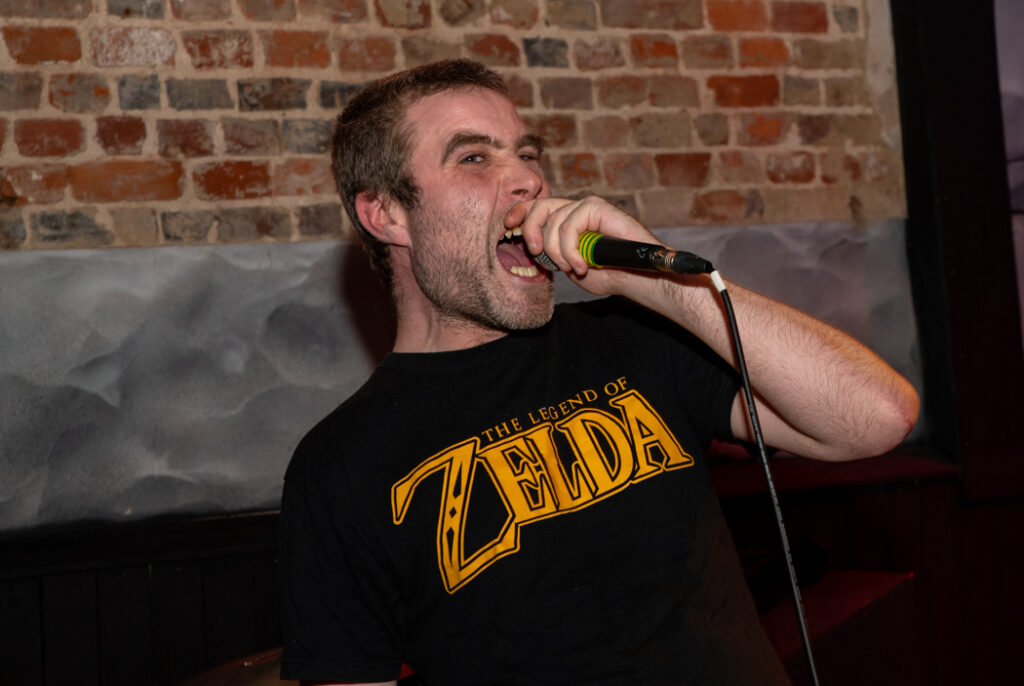 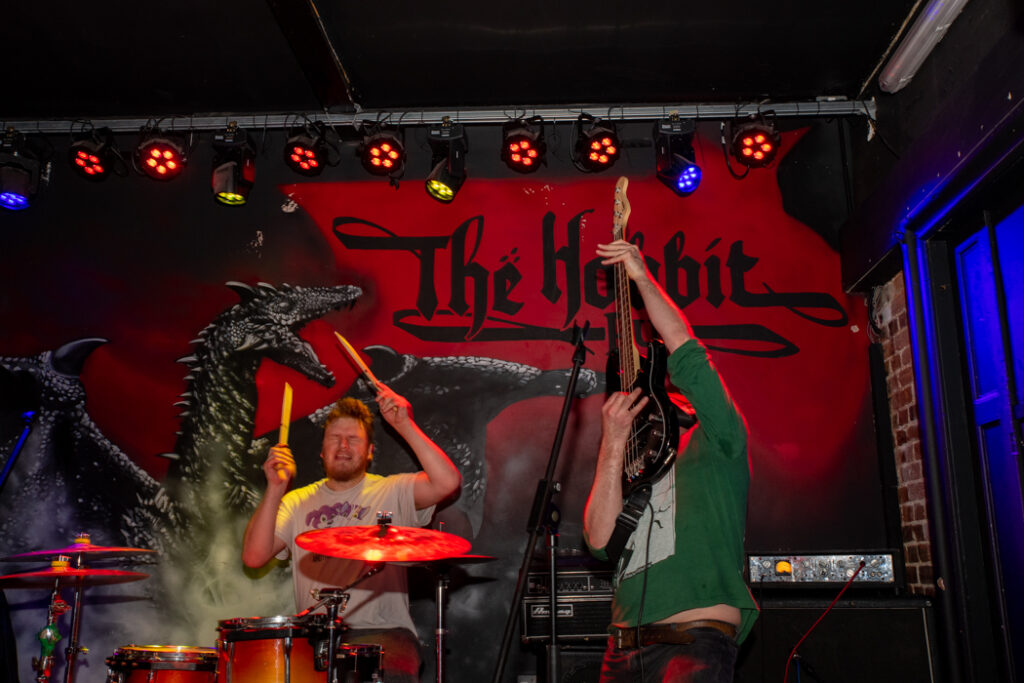 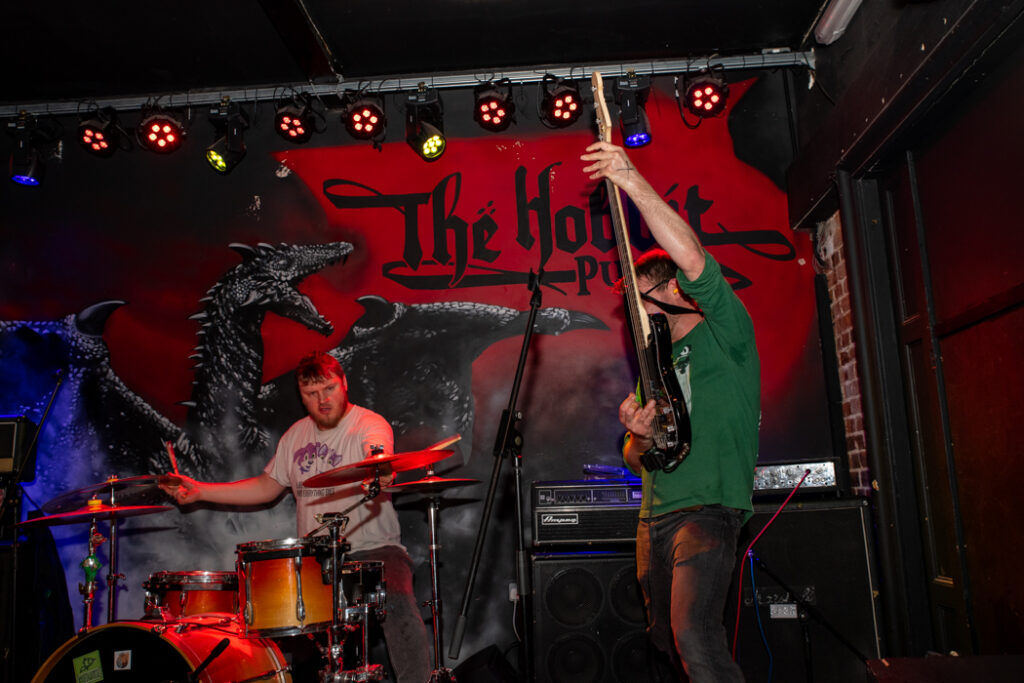 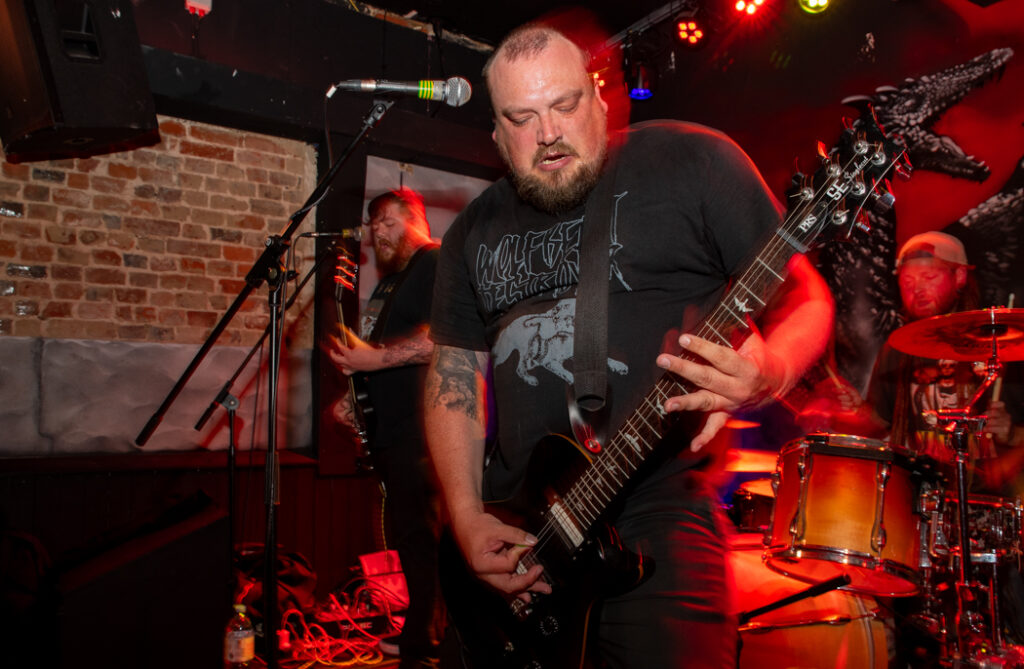 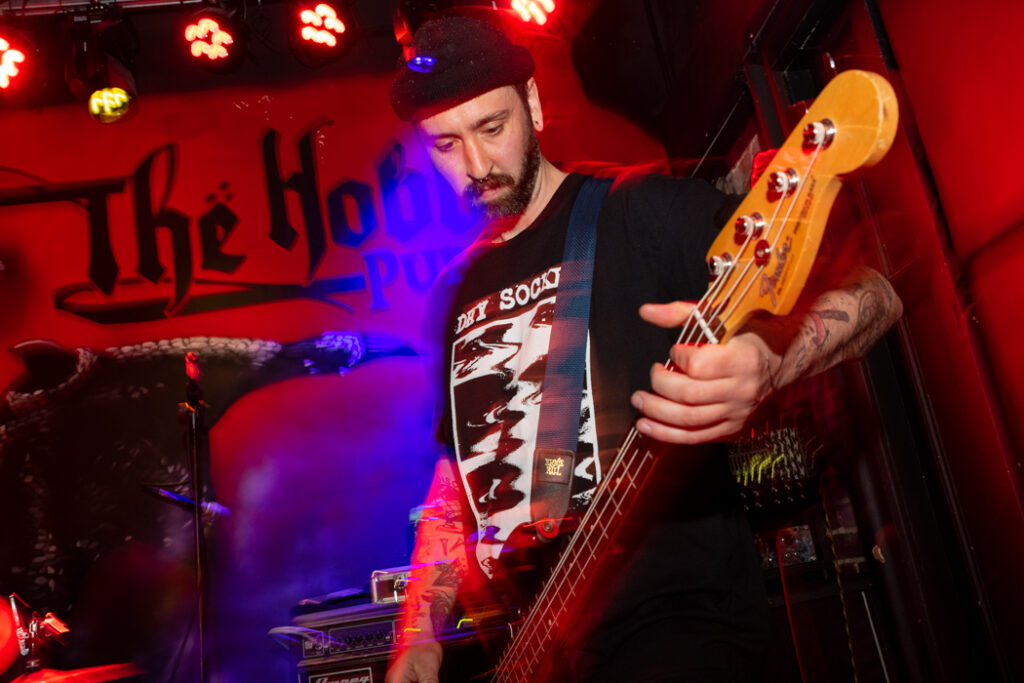 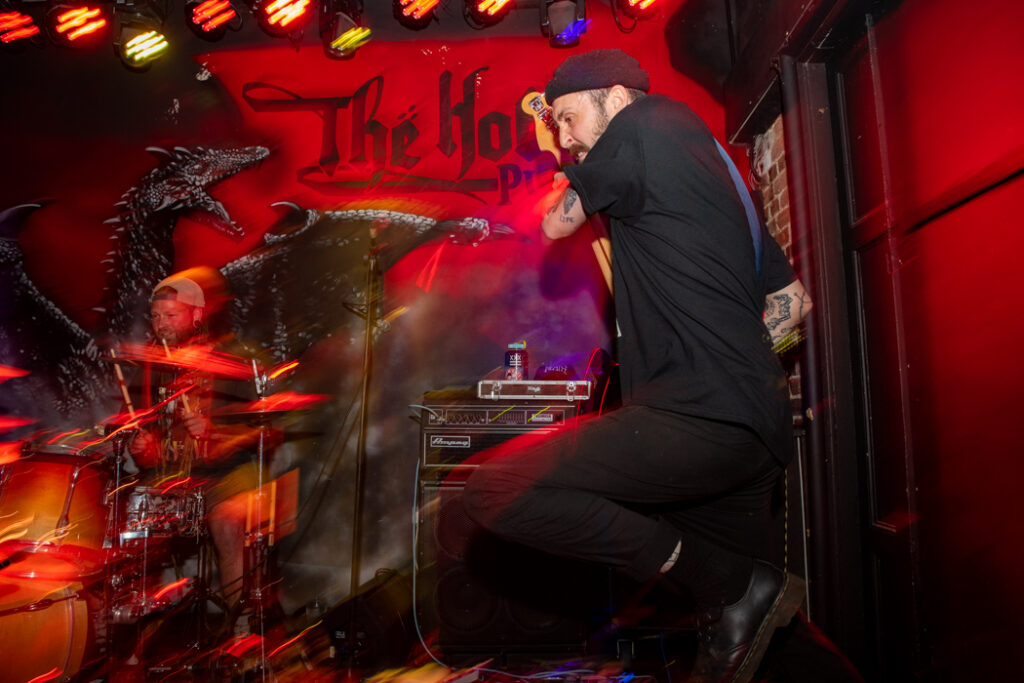 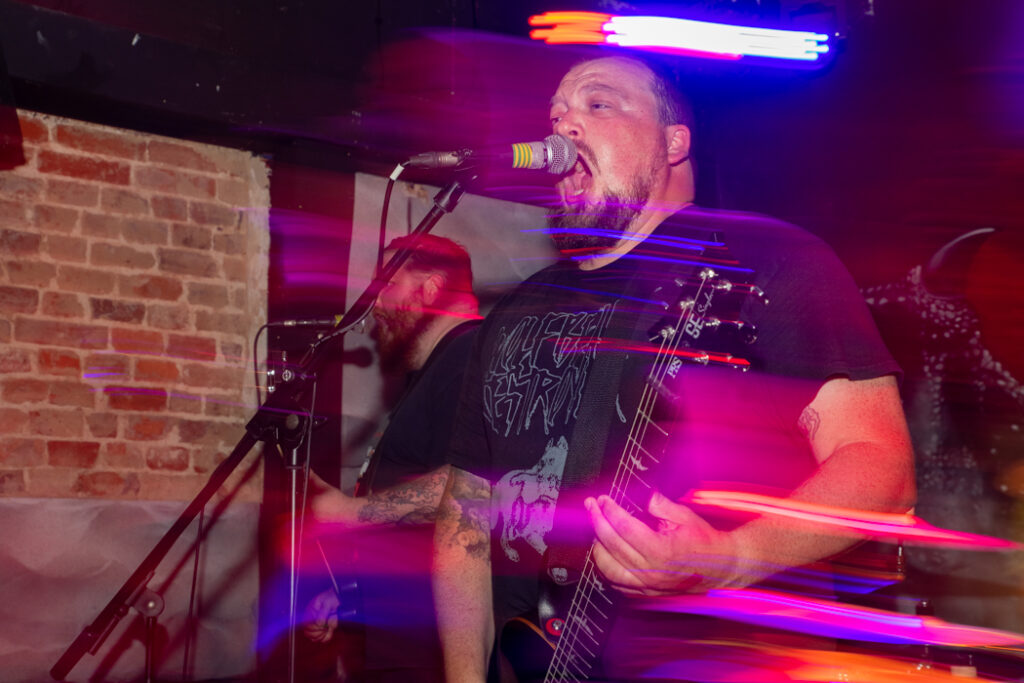 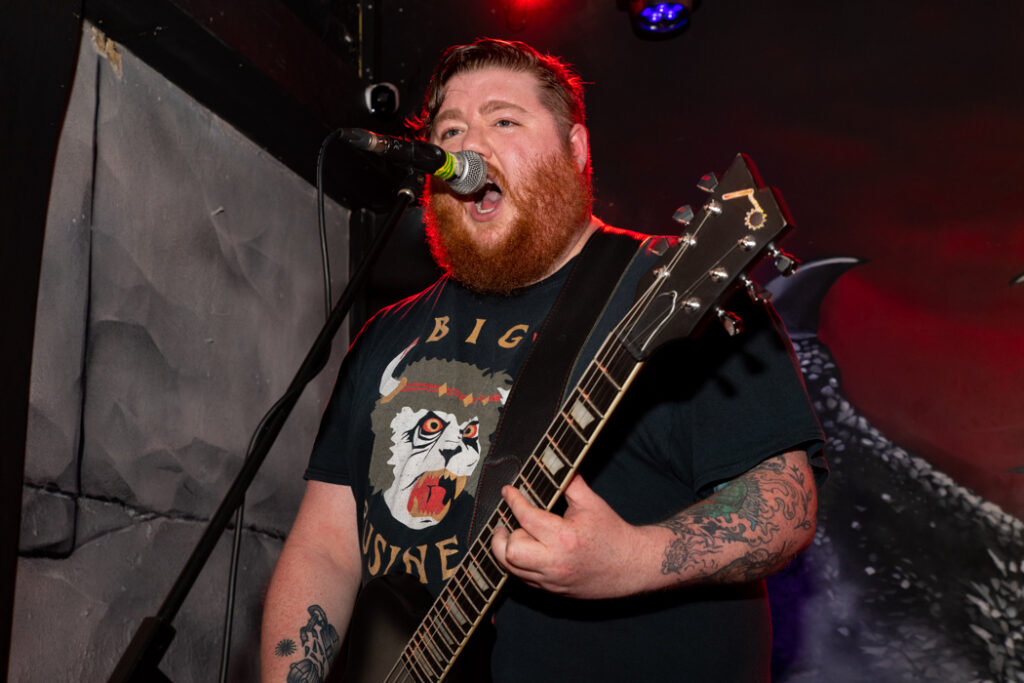 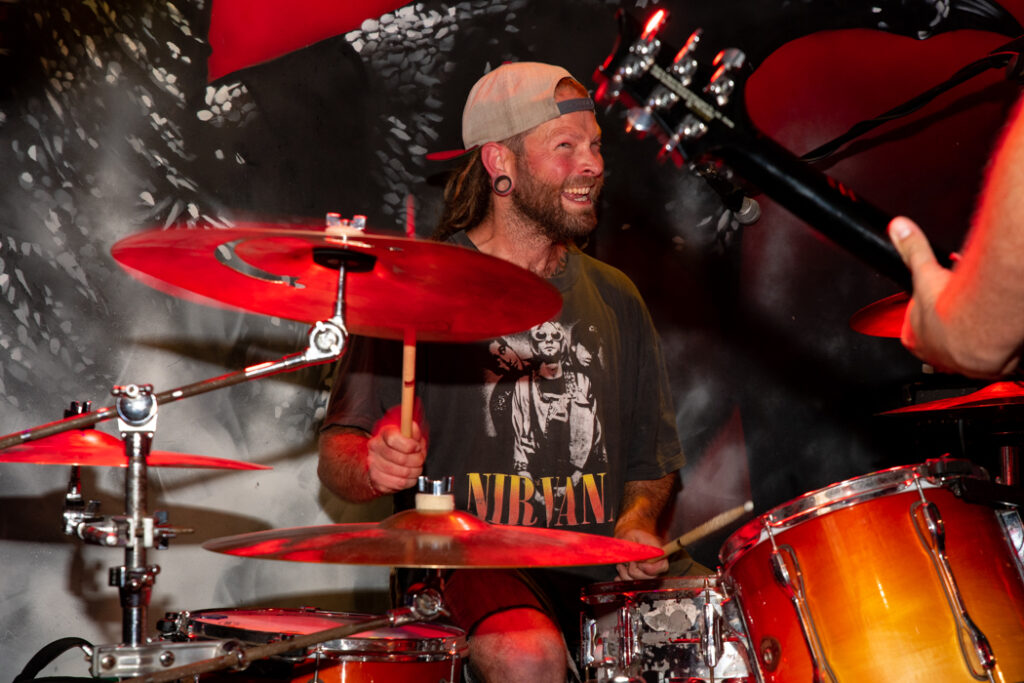 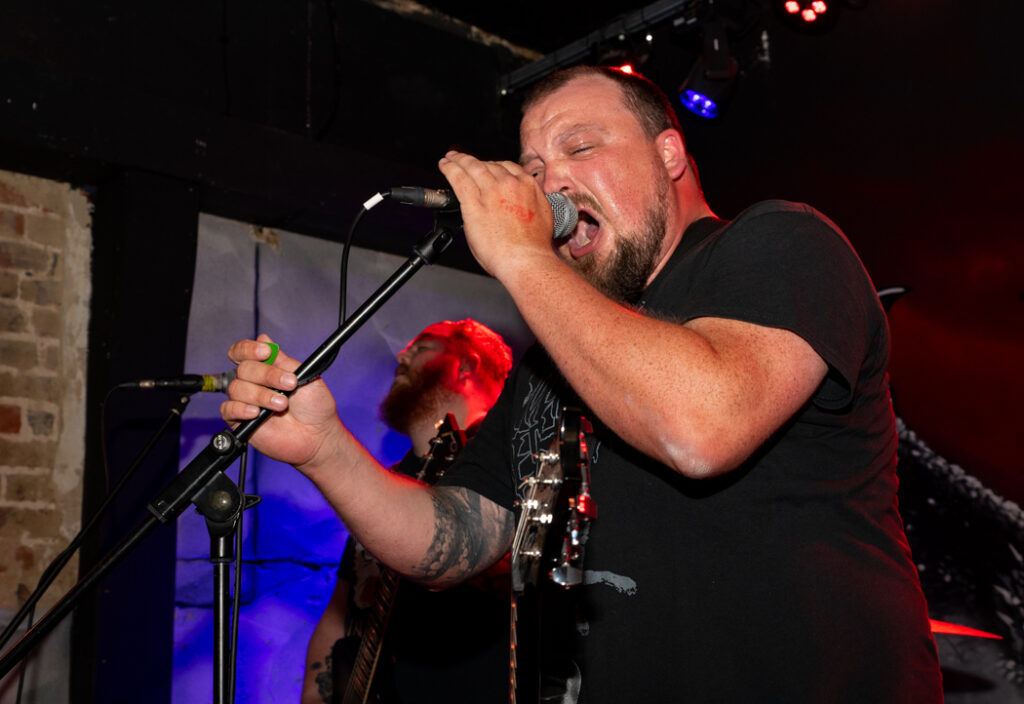 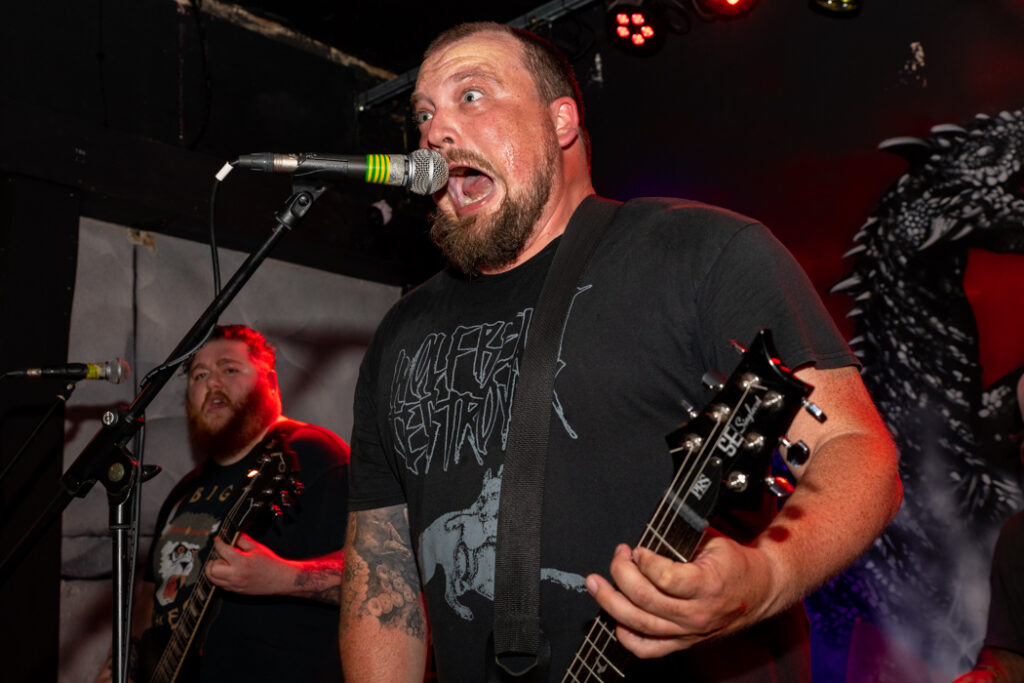 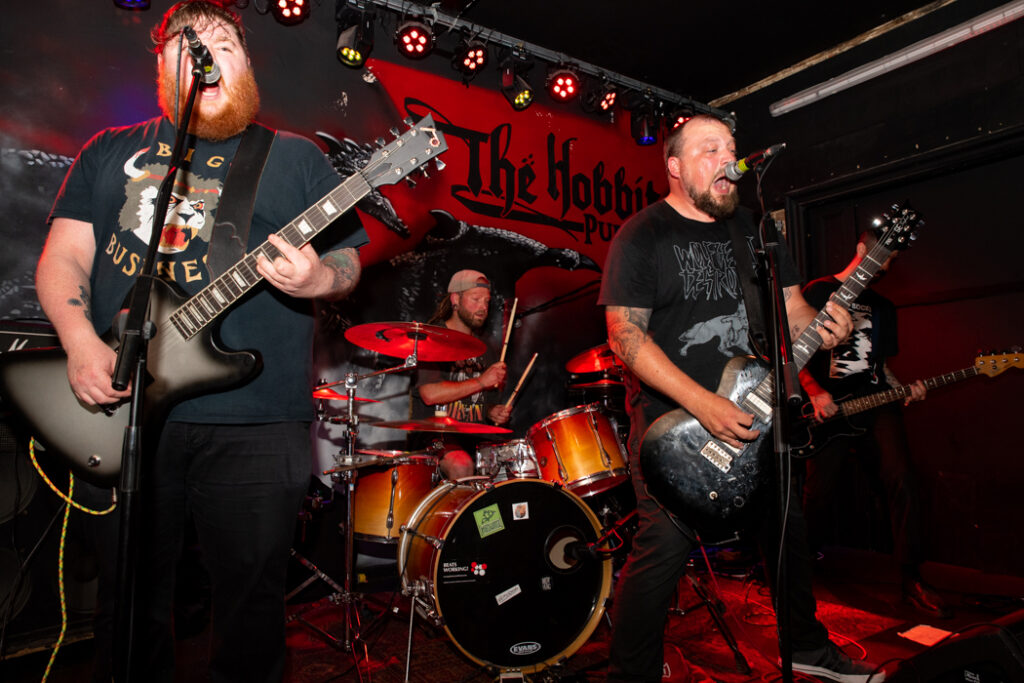 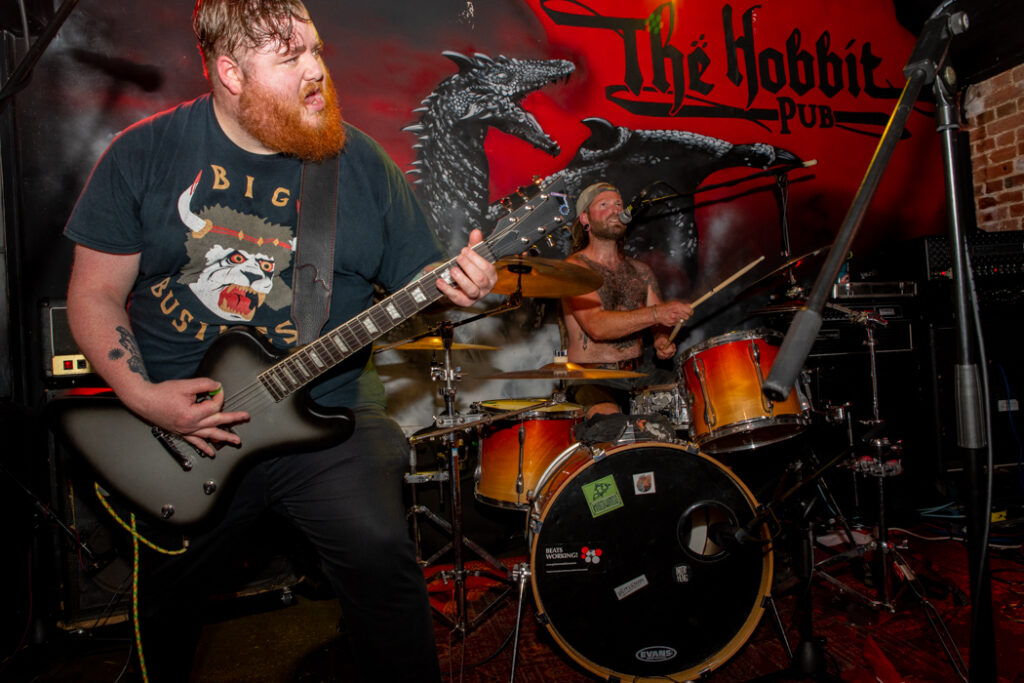 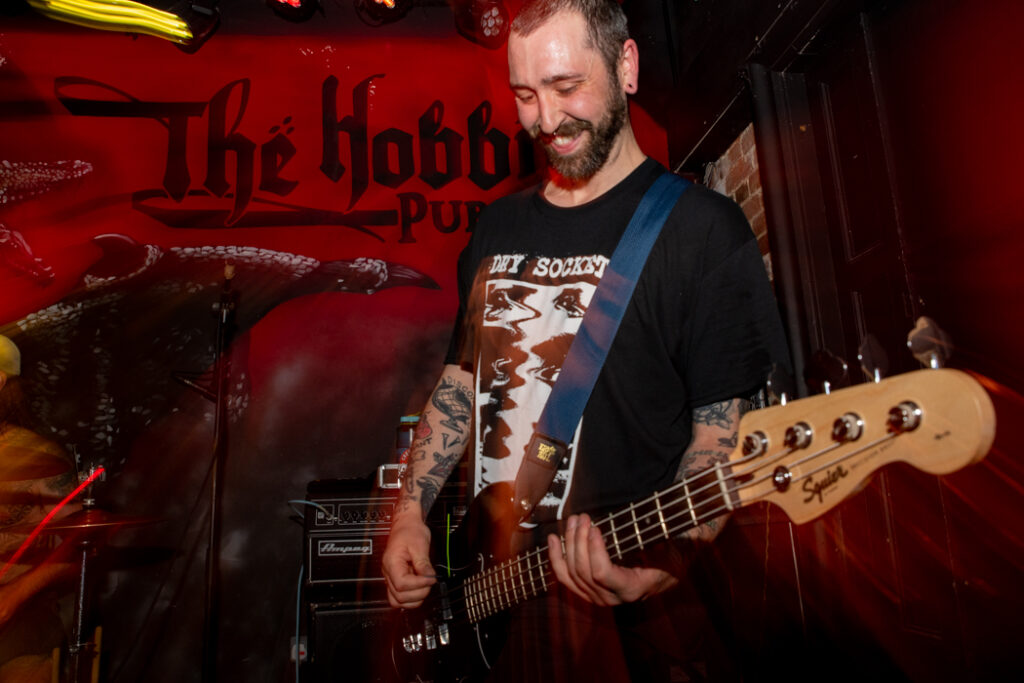 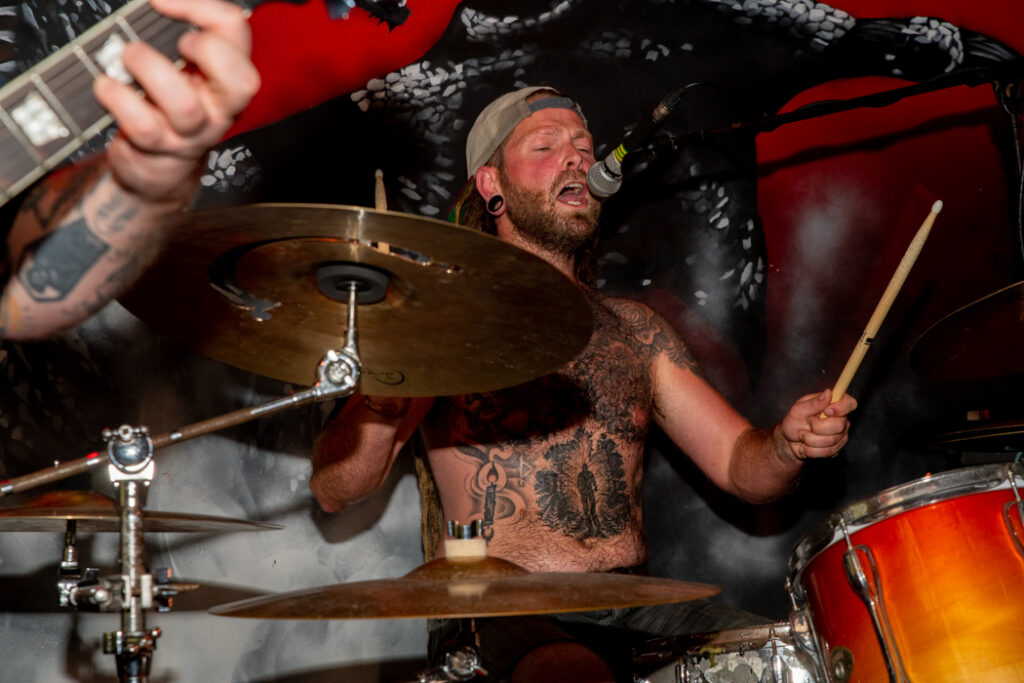 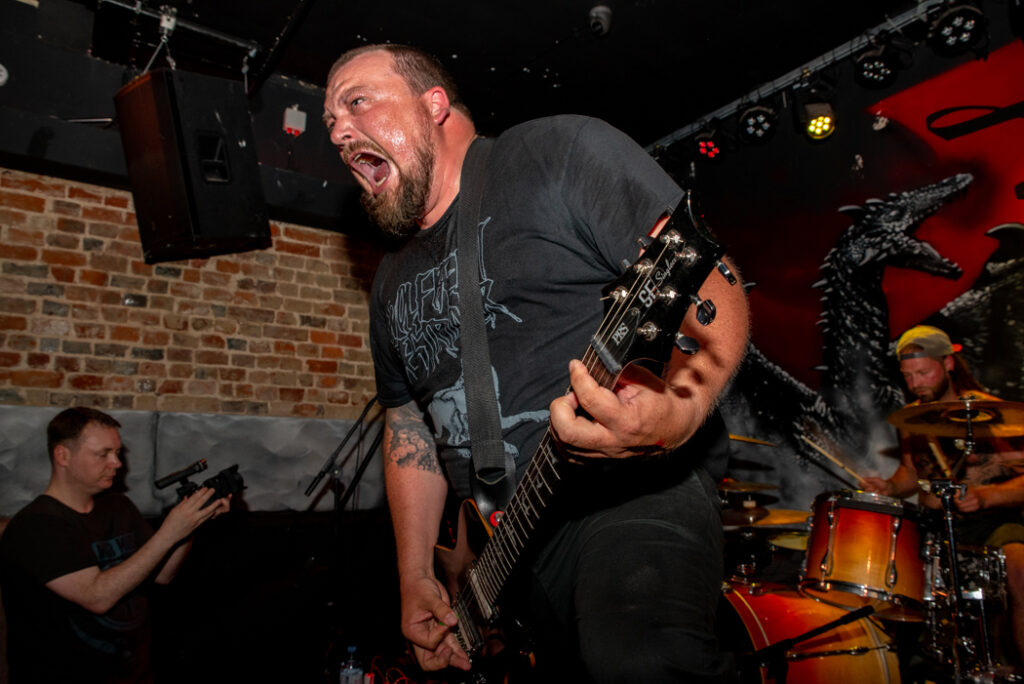