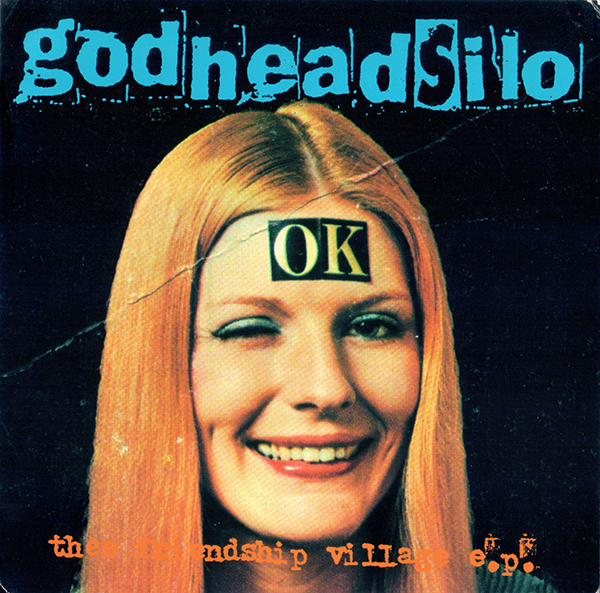 godheadsilo is one of those bands where I am right in the weird grey area of having been just a bit too young to have seen them play live the first time around, during the mid to late 90s, as they likely would not have been playing on a NJ pop punk bill back then, and that was the only way I was able to see live music at the time. My world was more limited back then in terms of where I could go since I couldn’t drive yet (and the internet being a much smaller and more primitive place at the time too), so there was no way I would have seen them or had much access to hear them anywhere else other than a VFW type show in my immediate area- which to my knowledge they never played a show like that in Northern NJ during my time of attending DIY shows as a teen. They went on hiatus for several years starting in the late 90s after drummer Dan Haugh suffered a catastrophic hand injury that left him unable to play for many years, and when they re-united for a show in 2015 and a later tour in 2017, I was still too unfamiliar with them for it to have piqued my interest at the time (though if I could go back in time four years….).

I also admit I probably wasn’t ready for something like this in the 90s anyway because like many teens of that era getting into punk and underground music, I cut my teeth first on pop punk and ska, which was very abundant at the time and is very accessible, so something like this I would have had to mature into a bit I think. I definitely saw the name many times over the years- mostly in Kill Rock Stars and/or Sub Pop ads and inserts in the 90s and then sporadically later on, but never gave them a listen to relatively recently.

As I’ve gotten older, I’ve grown to love experimental and noisy stuff, and heavily distorted bass and drum bands particularly, so while in their heyday my teenage self would have preferred a pop punk record, this is now something that I will reach for before I ever touch a pop punk record (I do still like the early Lookout! stuff but really can miss just about everything else in the genre these days). How I came to explore them more finally is that they randomly came up on a playlist during the early Covid lockdowns, I think specifically while listening to Lightning Bolt. Spotify suggested them to me on the “radio” feature, so I got invested in listening to them since I had all the time in the world to dig into stuff extensively and really ended up enjoying what I was hearing.

This specific EP I acquired on Discogs a few months ago for a couple of bucks after tearing through all of the albums available on streaming services. While not my favorite thing I’ve listened to by them- that would be the 1996 album Skyward In Triumph– I do dig it and really love the artwork. All four songs could work well in any of their other albums, and being their first release (aside from a 1992 comp track), it serves as a nice little intro to what the band would go on to do so well throughout their all too brief career- the huge walls of sound, the whisper to scream distorted vocals, the noisy interludes, the massive pounding drums. The blue print is all right there in this EP. 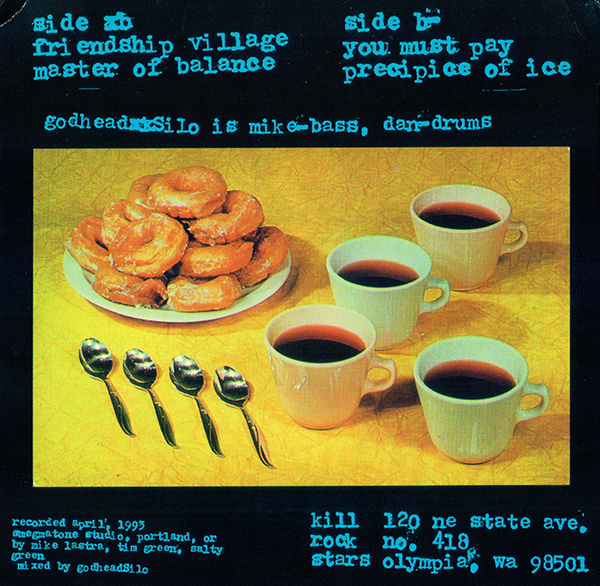 In an interview that came out during their 2017 tour, both band members gave different answers as to what the future of the band could or would be, one seeming to want to do more, the other being non committal. You can read that interview here and speculate, but as of right now, nothing more has come from the band. Perhaps the closest thing might have been Three Men and a Baby, which was a long lost album that bassist Mike Kunka recorded with The Melvins in 1998 under the moniker Mike & The Melvins that finally saw the light of day in 2016.

Listen to the EP below. (Note- whoever uploaded this to YouTube reversed the side order and the two songs from the B side “You Must Pay” and “Precipice of Ice,” actually play first before the two songs from the A side “Friendship Village,” and “Master of Balance.” They also listed the tracks in the wrong order in the description)