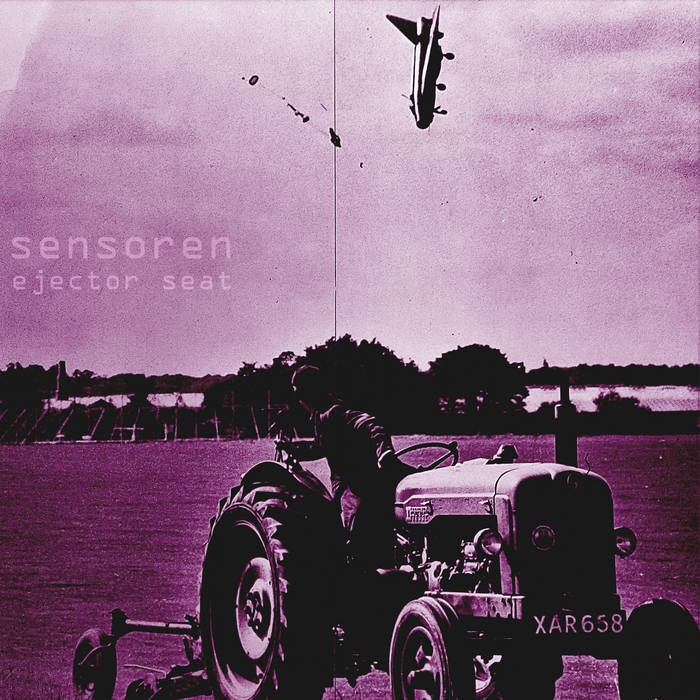 A halftime show featuring a robot marching band, strutting in perfect formation. A future disco in which robots…do The Robot. A montage scene from a dusty sci-fi relic where we see our hero successfully building the vehicle necessary to escape their certain doom.

The new single from Sensoren, “Ejector Seat,” evokes all these images and more. Supremely catchy and fun, this could easily be a club anthem if heard by the right folks (whoever they are). The beat pulses hard, with a relentless hook that remains the focal point as other synth sounds build and layer to a sustained, ecstatic crescendo. A cool call-and-response middle bridge allows the listener to recalibrate before the party resumes its fever pitch—but, then a twist. The mood turns slightly darker and goth-like before it suddenly stops, leaving a minute of John Cage–like structured silence to contemplate when exactly the party took a turn.

“Ejector Seat” is the third single from Sensoren, a new electronic music project from songwriter/producer Mike Sorensen. A versatile songwriter, he brings more indie rock vibes to his synth production under the moniker async await, which released new tracks in 2020 and earlier this year. With Sensoren, however, this release represents more of an immersion into full on electronic music experimentation. Without having to adhere to traditional rock structures and trappings, it has opened up Sorensen’s songwriting and soundscape possibilities. Definitely keep an eye out for what comes next from this project.

“Ejector Seat” is out now via Chameleons Risen and available for download/streaming from Bandcamp.