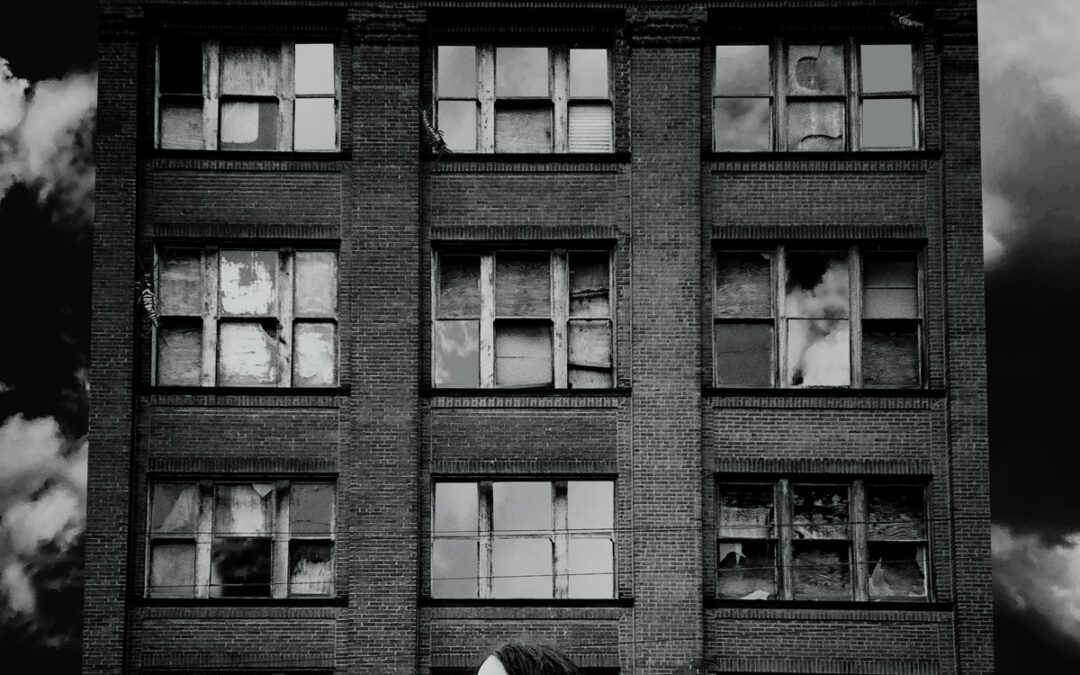 Laura Jane Grace- At War With The Silverfish 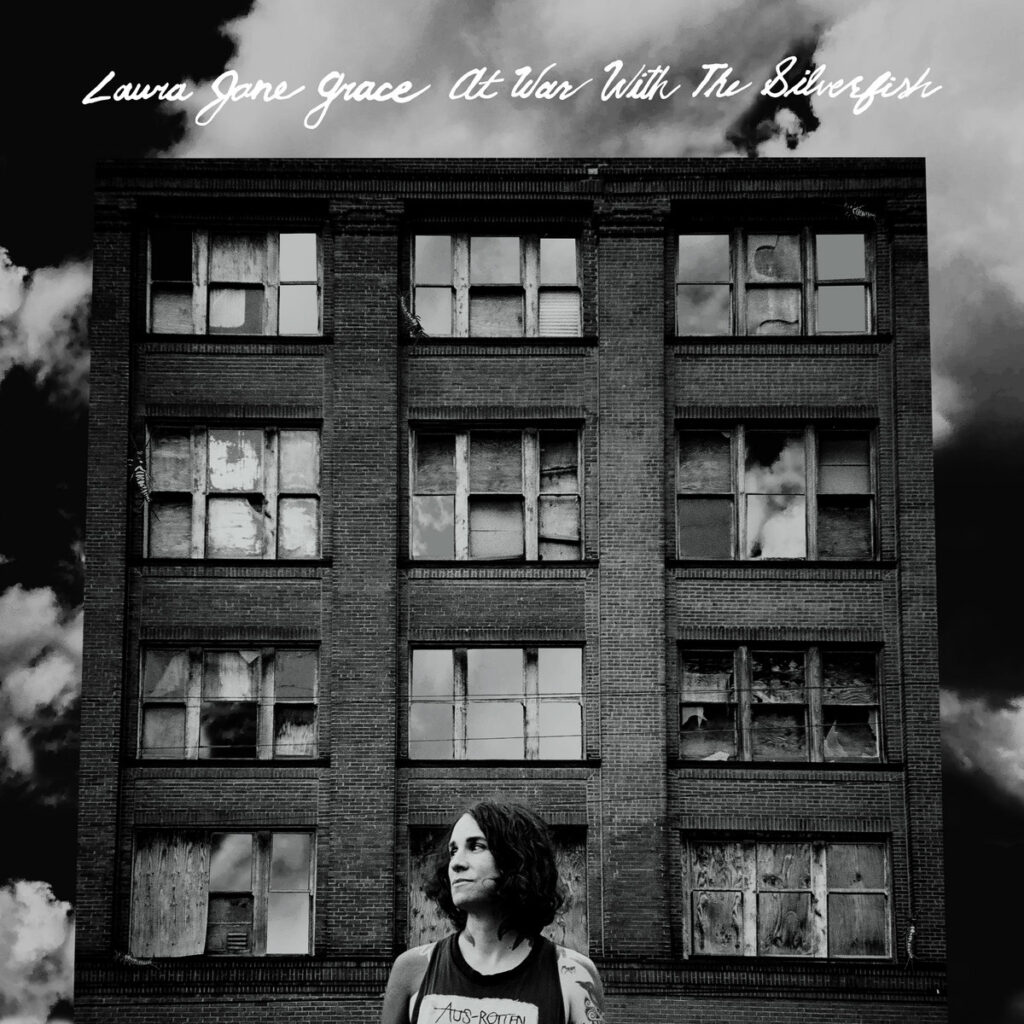 At War With The Silverfish by Laura Jane Grace

In less time than it takes to sit through a sitcom, Laura Jane Grace delivers seven incisive and eclectic tunes on her new solo EP, At War With the Silverfish. It ends before you’re ready but stays with you long after its 15 minutes are up.

Musically, the record never stays in one place long, but Grace’s lyrical prowess ties it all together. “Not gonna win/but I’m in the game,” she sings on the opening tune “Three of Hearts,” probably capturing a lot of people’s mindsets at the moment. Things get a little lighter on “Lolo 13” and its description of a dream about love interests, real or imagined (“Are you flirtin’?/I’m still not certain”), who are lost forever in the bright light of morning. Insistent kick drum punches and 4-on-the-floor beats pulse throughout, pushing but not overtaking Grace’s lightly hypnotic strumming.

She detours into a bit of baroque pop with “Electro-Static Sweep.” Deft string arrangements provide some of the titular “sweep,” as does Grace, as she croons the verses and pours on a bit of melodrama for the chorus. Her simple acoustic strumming and the loose drumming keep the tune moored on a solid dirtfloor groove. 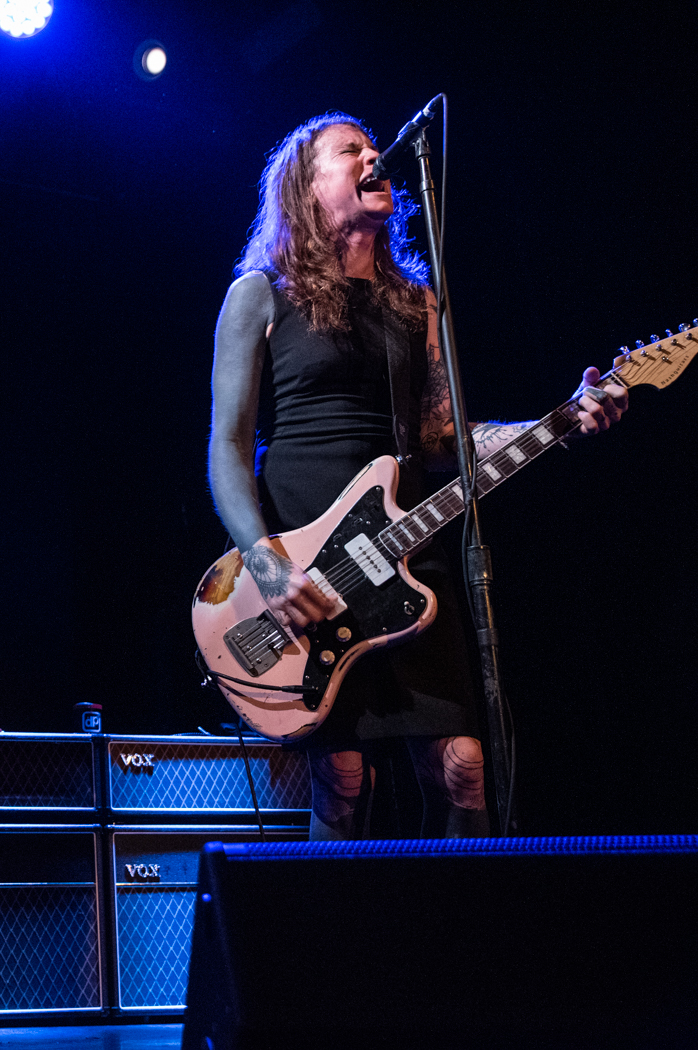 “Day Old Coffee” is perfect powerpop. There are some thrilling Paul Weller vibes here and Grace’s lyrics are the stuff of pure punk brilliance—endearingly snotty, grimly funny, completely relatable, and totally devastating: “Day old coffee/microwave to boiling/pour it on my eyeballs/and boil my dumbshit brains out.” This song could last 10 minutes and never lose its impact, but just as you’re ready to scream the chorus at the top of your lungs one more time, the tune ends abruptly. That’s how you do it.

She returns to the simple acoustic-and-voice arrangement for “Smug FuckFace,” allowing the focus to rest squarely on her lyrics, which, again, seem to sum it all up in one poignant bummer of a couplet: “Hey, you, sitting there with your smug fuckface/Will anything ever be good again?”

Most tunes on At War With the Silverfish don’t adhere to a neat verse, chorus, verse structure. Some are just a few lines of brutally insightful lyrics atop simple and affecting music that either makes you stomp your feet or hang your head. It’s where many of us are at now: stealing joy where we can but also battered by the world. We get what Grace can give us right now, and it is a deceptively deep well.

At War With the Silverfish is out now on Polyvinyl Records and is available on Bandcamp and Spotify. 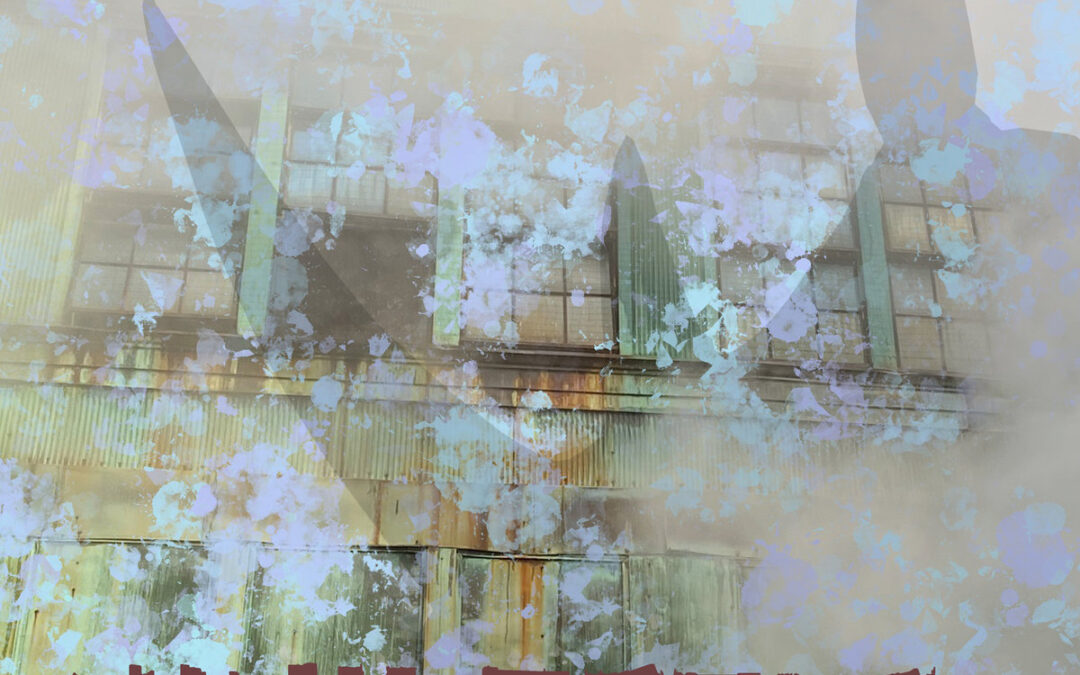 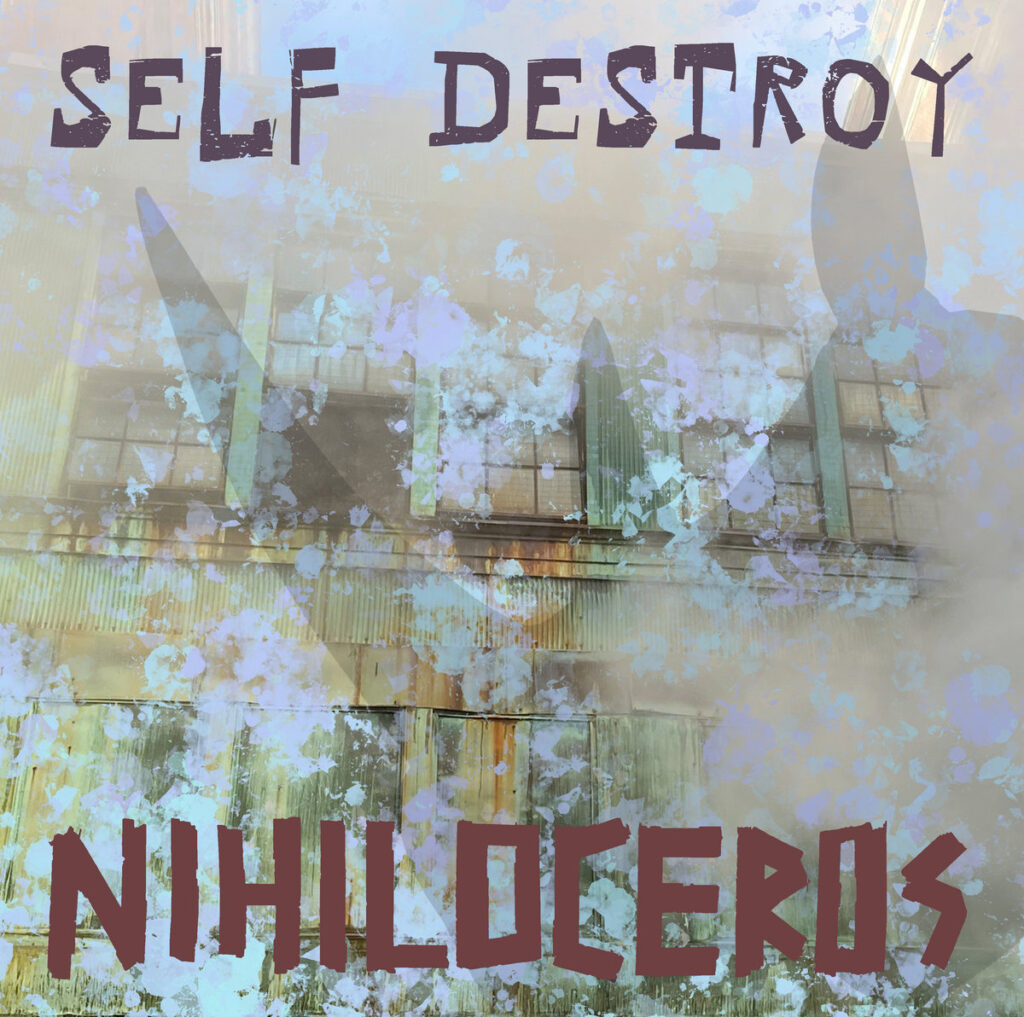 Earworms abound on the latest rager from Nihiloceros, Self Destroy. The vocal interplay between guitarist Mike Borchardt and bassist Alex Hoffman is the one of the band’s strongest points—with guest vocals from Gillian Visco (shadow monster) and Stephanie Gunther (Desert Sharks, Murder Tag), the vocals hit a thrilling new level. We previously reviewed the infectious single “Mammal Science Fiction” which featured plenty of their signature grunge power pop (read here).

A prolific and energetic live act around Brooklyn, Self Destroy is the first Nihiloceros release in four years and it’s worth the wait. The band sounds confident, playing hard, but dynamically, on some of their strongest tunes to date.

Restrained strumming and plucking from Borchardt and Hoffman open the record on “Dirty Homes” while drummer Chris Gilroy brings the big beat. The melodic verses explode into a screamy chorus of repeated “You!”s. Hoffman does some nifty, discordant bass work as the song builds to the end. Lead single “iamananimal” is a highlight of Self Destroy. Featuring Borchardt and Hoffman in harmony during the verses and then a call-and-response chorus, the song is already lodging itself into your brain folds before Visco takes it home with the end chorus, her first of two featured vocals. 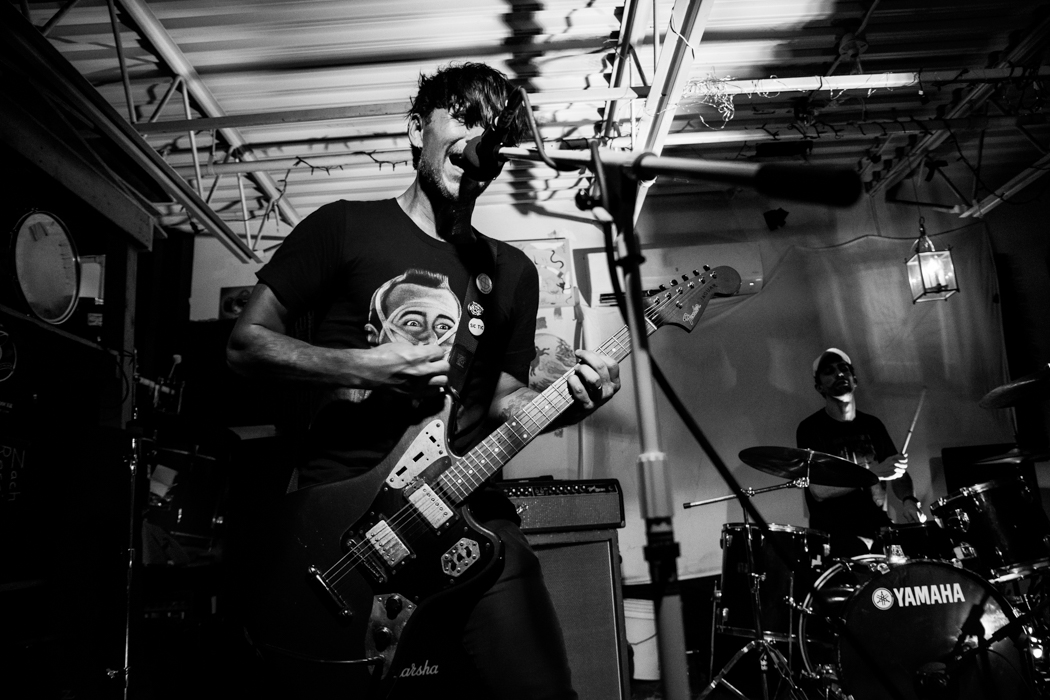 In addition to lending their voices, both Visco and Gunther helped co-write a couple tunes on Self Destroy. Visco’s “Halfway Human” is a sludgy basher where she and Hoffman harmonize through the verses and choruses. Gunther (who plays with Borchardt in Murder Tag) co-wrote and sang on “Baby Teeth,” one of the hardest-rocking tunes on the record. The album closes with “Odie,” a melodic slow-dance waltz that uncoils into a 4/4 pop punk chorus, which features Borchardt, Hoffman, and Gunther alternately singing and screaming “Powder bomb/clap clap gone.”

Perhaps due to the pandemic, Hoffman and Gilroy also took on engineering duties for this record. Gilroy engineered the guitars and bass, while Hoffman recorded the vocals. Drums were tracked by Erik Braund at Braund Studios in Brooklyn. Gilroy also mixed the record at Douglass Recording in Brooklyn. While Gilroy was key in the making of this record, drum duties are now handled by German Sent when the band plays live.

The band’s growth as songwriters is apparent on Self Destroy, without losing any of their trademark boundless energy. The six tunes rock and demand your ears hear them again and again.

Self Destroy is out now via Totally Real Records and available on Bandcamp and Spotify. 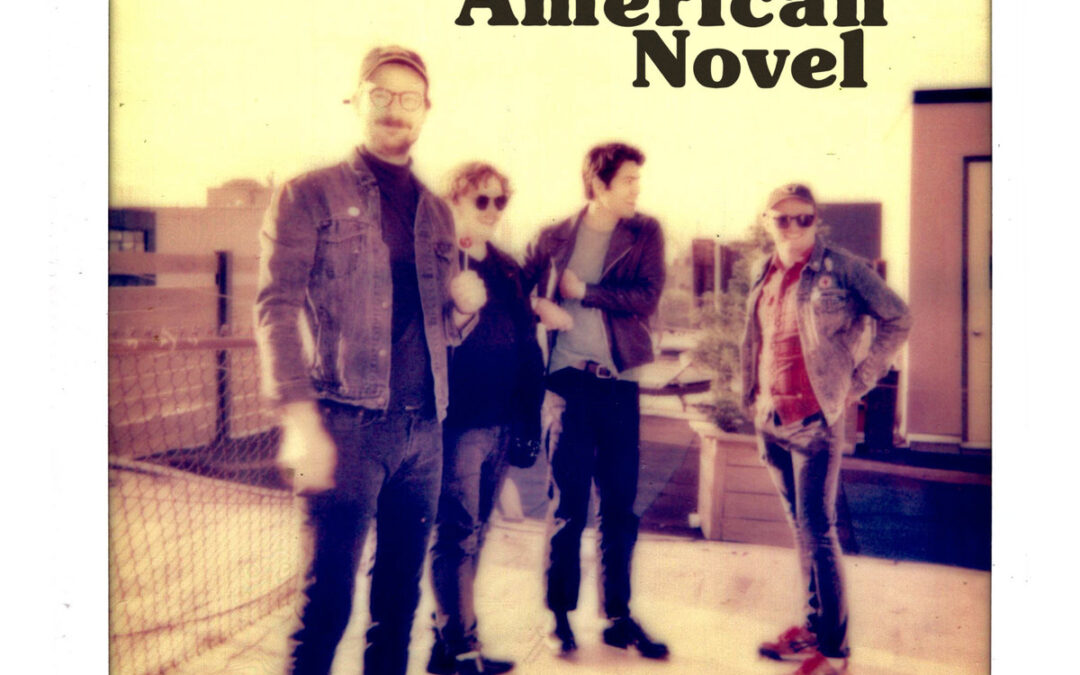 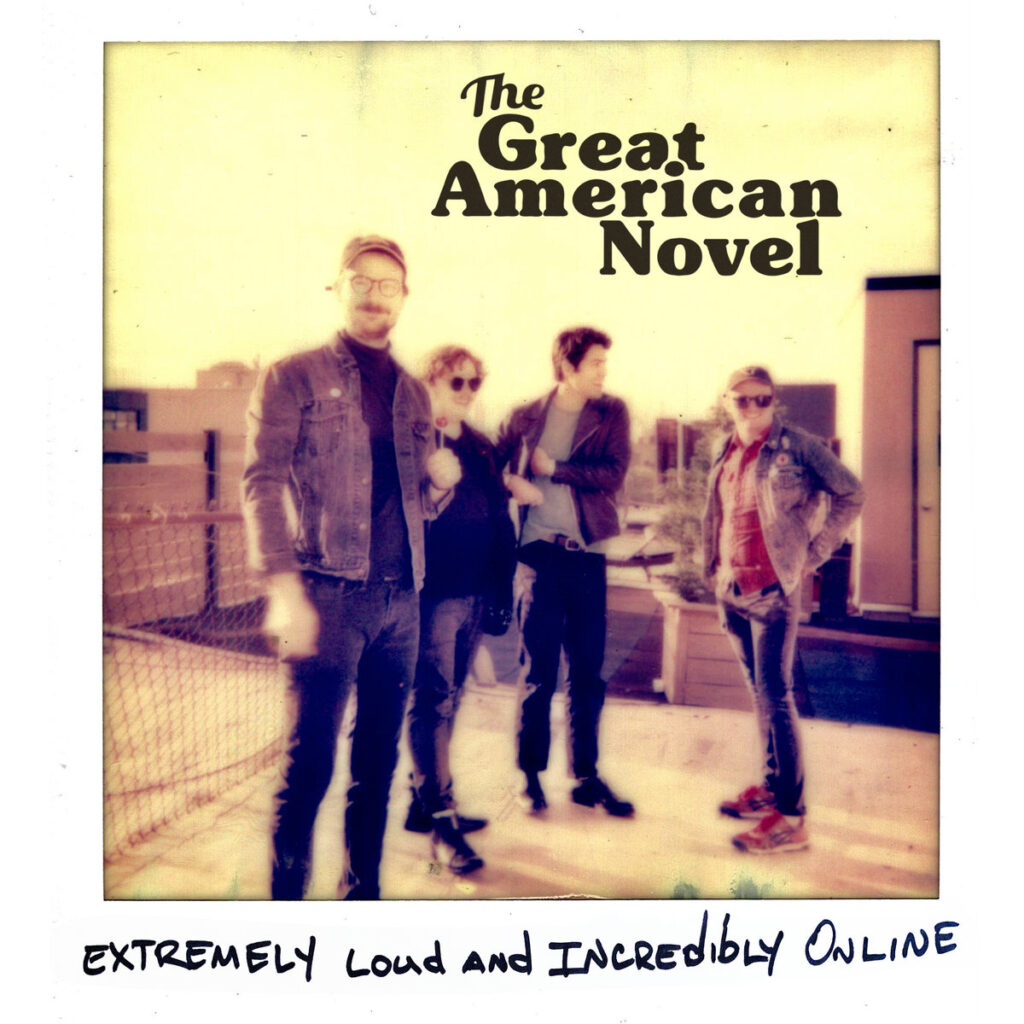 When putting on the latest record from The Great American Novel, Extremely Loud and Incredibly Online, find a good, comfy seat with armrests you can really hold onto. If you’re driving, be mindful of that speedometer. If you’re on the street, be aware everyone can hear you singing along. This album explodes from the jump and soars across ten songs of love and heartbreak, with all the hallmarks power pop lovers crave: big, melodic guitars; thrilling harmonies; relentlessly hooky choruses; and a clever, hard-hitting rhythm section.

Singer/guitarist/songwriter Layne Montgomery’s wry wit infuses each tune. The blink-and-you-miss-it opener “Bad News, I Still Love You” is a perfect intersection of power pop and pop punk that sets the table for the album—and as soon as you’ve settled in, it’s straight into the next tune. “Grabbin’ A Slice” is a modern take on the well-traveled tale of boy losing girl, and shows the band leaping one earworm to another and then another. Intro guitar hooks lead right into the immediately hummable verses, building into a soaring chorus capped with well-placed “whoa-oh”s. The tragicomedy of the lyrics subverts the high-flying melodies: “Just like you said, ‘No shit, shithead’/I’m no smarter/I just feel older.” 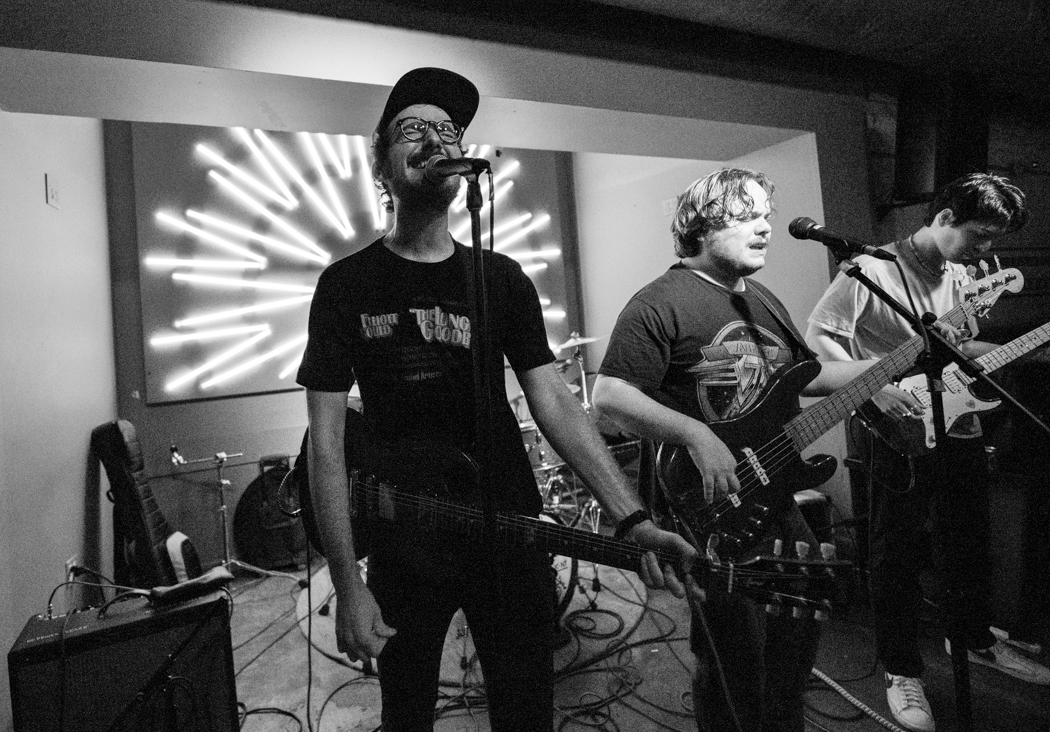 When the band slows down the tempos, the tunes seem almost arena ready. “Do You Enjoy Being Depressed” could easily be all over the modern rock airwaves, possibly giving Kings of Leon a run for their NFT monies. “Coulda Fooled Me” is an outstanding cut, the midtempo groove allowing the harmonies between Montgomery and drummer Aidan Shepard to reach the full emotion of Montgomery’s heartbroken chorus, “Coulda fooled me/when you said you loved me/coulda fooled me for years.”

The record ends with the too-poignant, too-on-point “This Will Not Be Our Year.” Sure, it’s about a relationship falling apart, but it’s tough not to apply the chorus/title to what we’re currently all living through…again. Montgomery and Shepard’s harmonies are ever-present, along with excellent guitar harmony interplay between Montgomery and lead guitarist Ian Grey.

Beautifully produced by Billy Aukstik (who also contributes backing vocals) and expertly mixed and mastered by Alex Newport and Carl Saff, respectively, Extremely Loud and Incredibly Online is a determined and focused album. The band is in full control of its melodic prowess and rock power, delivering one of the great power pop records of the year.

Extremely Loud and Incredibly Online comes out on Friday 8/27/21 on We’re Trying Records. The band will play a release show on 8/28 at Knitting Factory. 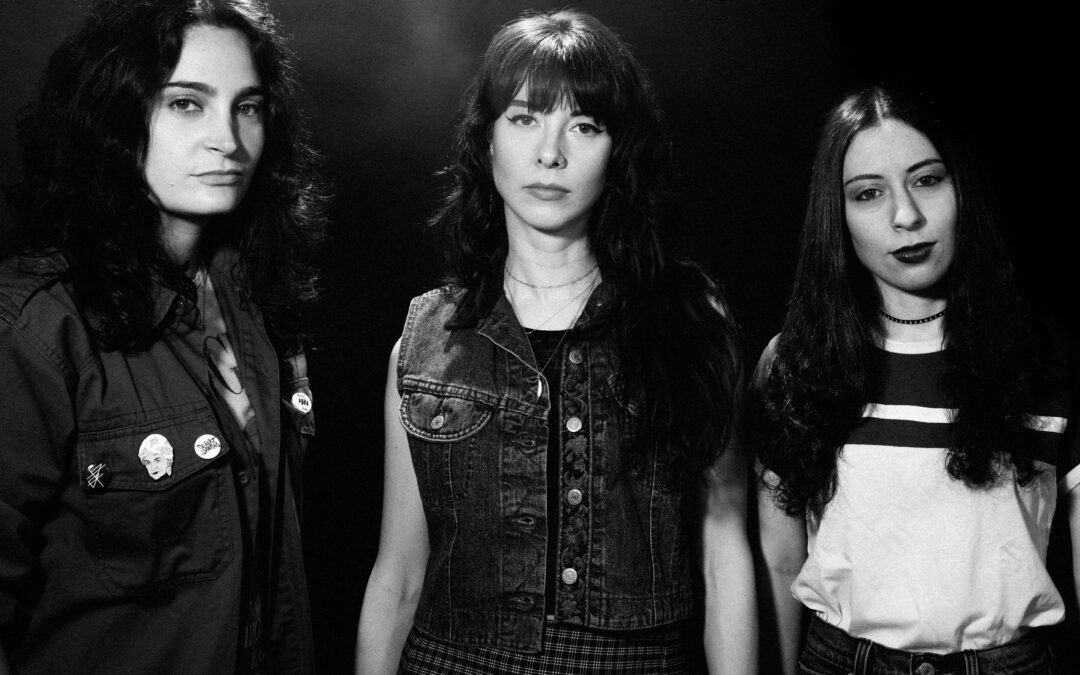 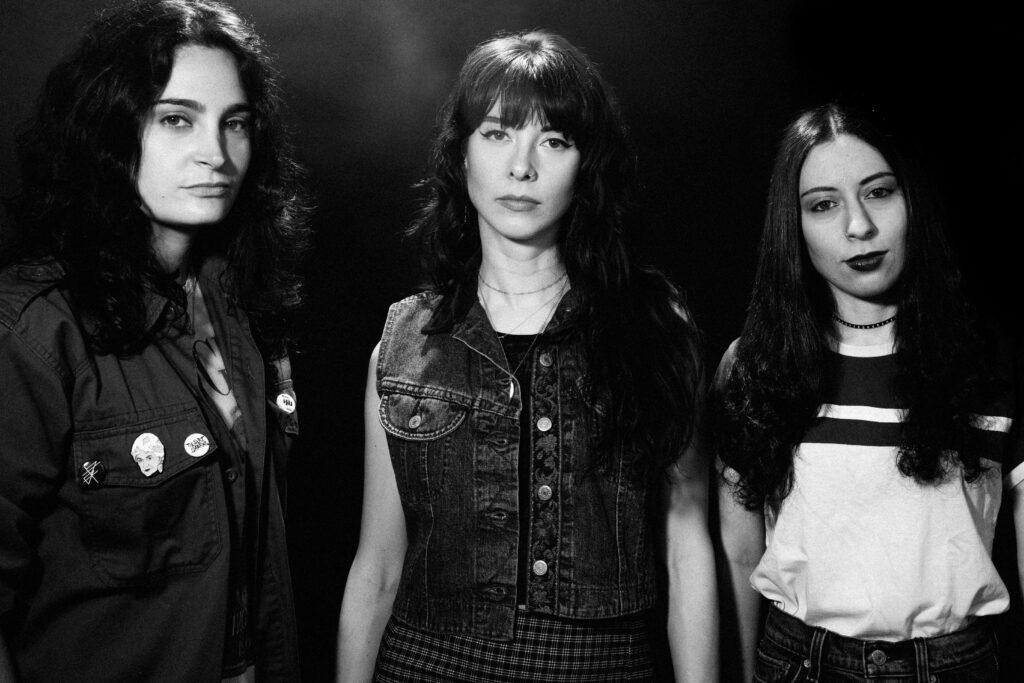 Desert Sharks have long been one of NYC’s great bands, solidifying that rep with 2019’s kickass record, Baby’s Gold Death Stadium. Now a power trio, they can add brilliant interpreters of classic songs to their resume. On the heels of their thrilling cover of ‘Til Tuesday‘s “Voices Carry” (read our review) comes their version of T. Rex‘s glam rock classic, “20th Century Boy.”

Some of the glitter remains from T. Rex, but Desert Sharks give their “20th Century Boy” a more menacing edge with their distinctive veil of gloomy grunge. Guitarist Sunny Veniero enters snarling, putting extra blues swagger into the main riff. Rebecca Fruchter’s backbeat punches underneath, maintaining the original tune’s bounce but giving it significant weight. If T. Rex’s boy was ecstatic, clapping and shimmying, Desert Sharks’ subject sways dreamily to the beat, head down, long black hair hanging and moving in time—the boy is perhaps no less joyful, but he’s in his own world.

On Desert Sharks’ originals, singer/bassist Stephanie Gunther’s voice rises above the high-octane shredding and pounding to provide powerful melodies and hooks. Lots of bands can rock, some can even swing, but it’s the special ones who can do both and have you humming their tunes for days. On the band’s two cover choices thus far, Gunther does what all truly gifted singers do: makes the songs her own. You find yourself engrossed in the song itself, not necessarily the differences between their versions and the originals (that stuff is for nerdy blog writers anyway).

The two covers have been a fun treat this year, two years after their debut full length. We here at FTA are stoked to hear what’s next from a band that only gets better and better. 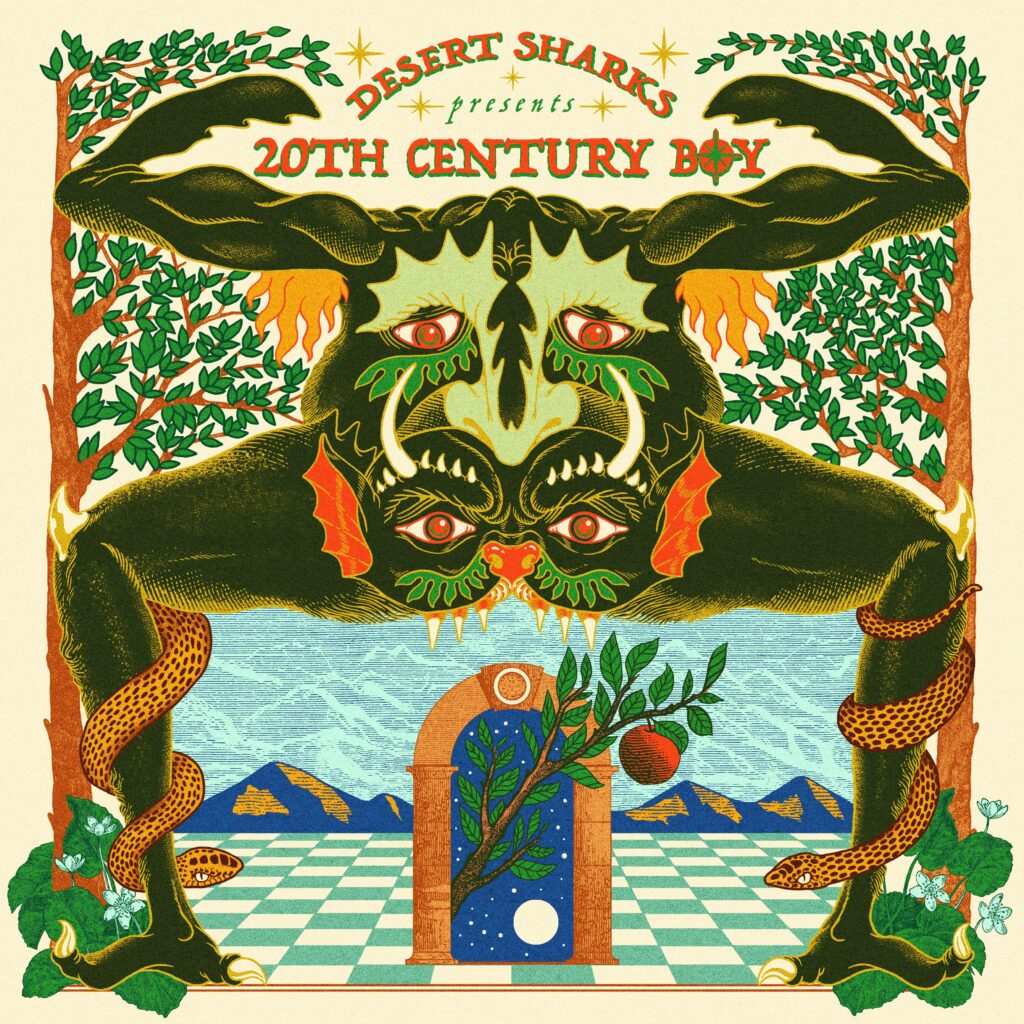 “20th Century Boy” is out now on Substitute Scene and available on all streaming platforms. They will play a release show for the singles on Friday 8/20 at The Windjammer along with Frida Kill, Ugli, and Basic Bitches. 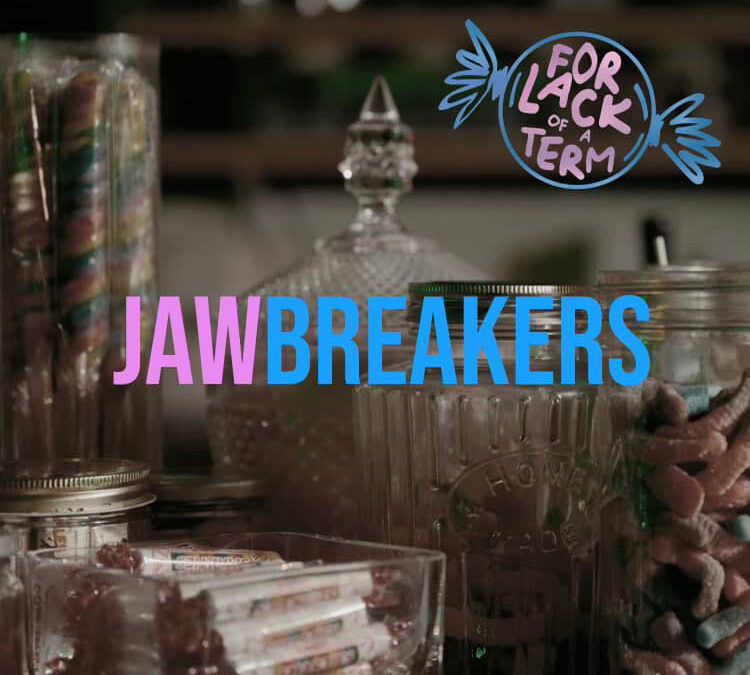 For Lack of a Term- Jawbreakers 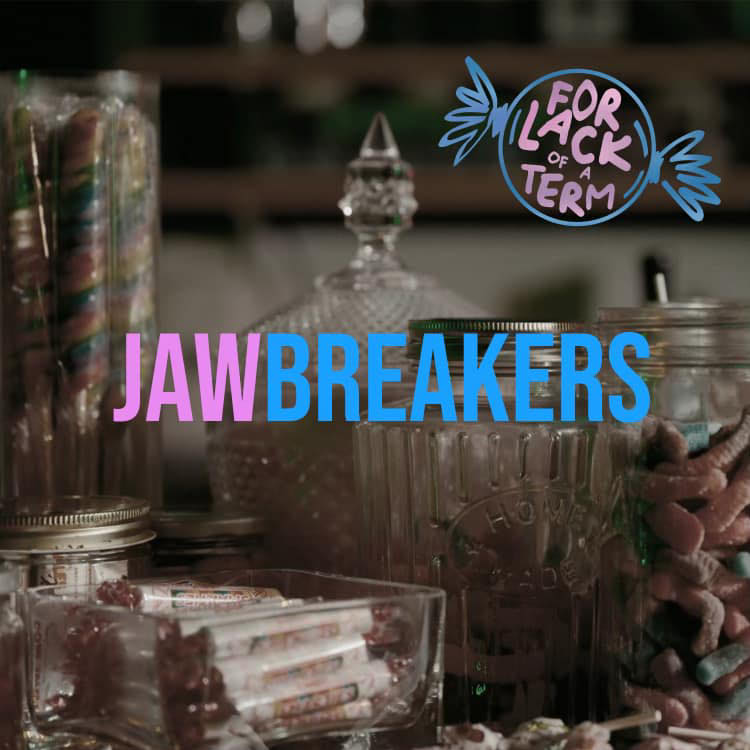 Hooks abound on “Jawbreakers,” the energetic new single from pop punk wiz kids For Lack of a Term. The band recruited Another Astronaut singer Nick Quiles to add even more melodic earworms to this tune. This track is the lead single from the the forthcoming album, Welcome To Your New Normal, due out this winter.

“Jawbreakers” landed on streaming platforms this week and is available now, along with a video directed by Dempsey and shot and edited by Brandon Lane. Watch the video below.