The Muslims- Fuck These Fuckin Fascists 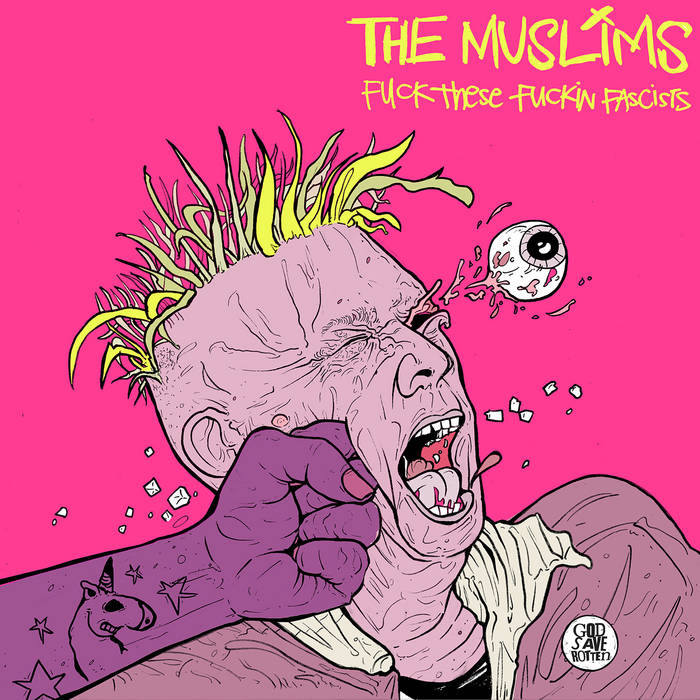 The Muslims is a “crunchy kickass punk band of Black and brown queer muzzies,” They make no bones about how they feel about fascists, or any other similar kind of nonsense and they never have. They have never held back on making their views crystal clear and are never shy to dispense the snark in either their lyrics or on social media, also letting everyone who lands on their Bandcamp page know “your racist dad is a piece of shit and THIS IS NOT A SAFE SPACE.” They are a master class in being explicitly and uncompromisingly political while also being sarcastic and funny as hell in the process.

2020 was a garbage year for sure, but one of the few bright spots along the way was the release of their stellar full length, Gentrified Chicken, as well as the single Merry Jihad. Flash forward to summer 2021 and they are back, this time with their first release for Epitaph Records, the single “Fuck These Fuckin Fascists.” And true to form, they give absolutely zero fucks about your racist uncle or your feelings if you’re a fascist or apologist.

Unsurprisingly, some of the punk (aka “punk”) crowd of the older white male variety was up in arms in the YouTube comment section on the accompanying music video for the song- as this Loudwire article details. The article really misses the mark in my opinion, with the title ridiculously stating “The Muslims Cause A Stir” when no, they aren’t causing a stir at all, they are speaking the truth and their lived experiences, it’s the butthurt old white bros causing the “stir.” Because god forbid anyone but straight white Christian cis men have an opinion on anything, political or not.

Musically speaking the song is an old schoolish punk bop with plenty of pop sensibilities and a crunchy bite. The guitar buzzes with a sharp rhythm attack, anchoring the tune, while a fun bass line playfully bounces all around just below the guitar. The lyrics call out “white ass pride,” crusties who walk around with Nazi symbols on their clothes, apologists who look the other way when confronted with these so called “punks,” and those who seek to shame a band like The Muslims for “fuck(ing) things up.” The chorus is a gleeful singalong in the making, declaring “fuck these fuckin fascists, fuck their families and friends, if they defend a fuckin fascist they can fuck off til they’re dead.” As the band returns to playing live shows, they are sure to have this shouted back to them each and every night.

The absolutely EPIC cover art was created by illustrator Cristy Road and features Johnny Rotten getting socked right in the face. Yeah THAT guy aka the leader of the punk boy band the Sex Pistols who is currently living out his twilight years as a Tory/right wing clown. “God save rotten” indeed.

If any further proof beyond their previous releases was required that The Muslims is simply one of the best and most important bands making punk music today, it’s right here in this single. I for one can’t wait to see what their next full length holds. 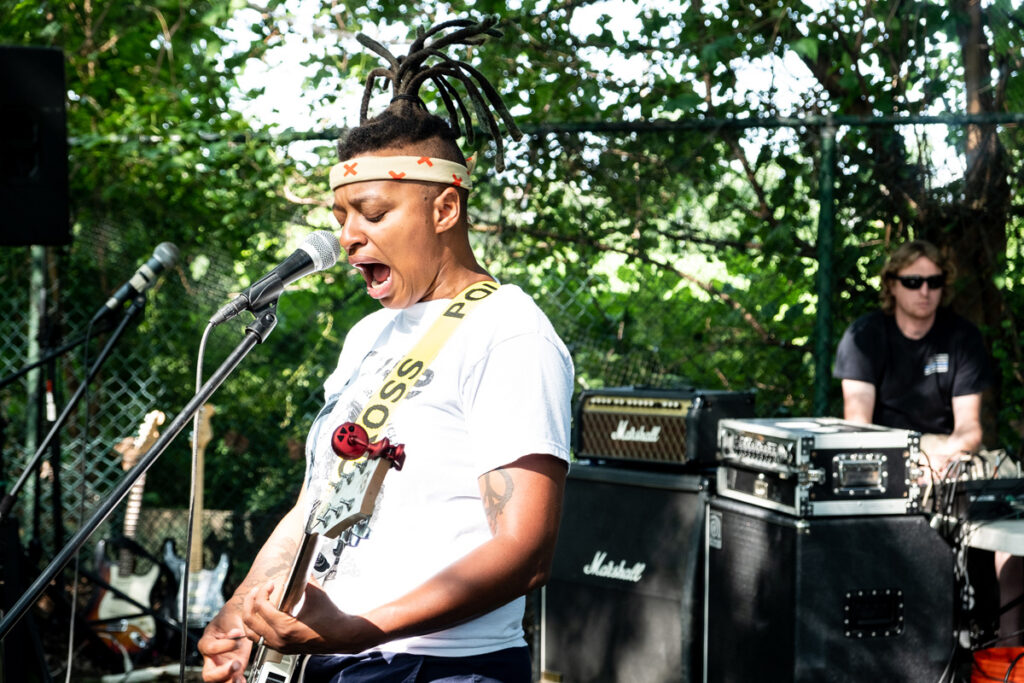 The Muslims at Punk Island 2019 (photo by Jeanette D. Moses)

“Fuck These Fuckin Fascists” is out now on Epitaph Records and available to purchase on Bandcamp or stream on Spotify.