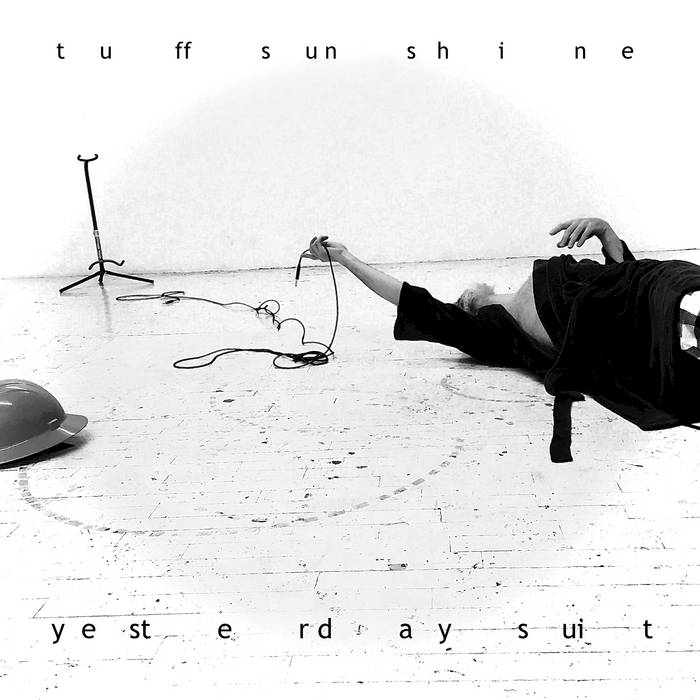 Tuff Sunshine (who we recently saw perform live at 18th Ward Brewing) has released a beautiful new album, Yesterday Suit. The album was written and performed entirely by singer and guitarist Johnny Leitera, who also recorded everything at home during the pandemic. Both lyrically and sonically, the album addresses many of the feelings of isolation and desolation during the course of the pandemic, feelings most all of us can relate to.

The opening track, “My Back Catalogue,” sets the tone for the rest of the album and listening to the collection as a whole, this song is the challenge to sit down and listen to the story unfold. The beauty of the lyrics emerge on a second or third listen, which is absolutely not a chore, especially with the dreamy psych interludes and the subtle harmonies. “Seven hundred twenty square feet…my guitar has turned to concrete,” gave me the idea that it’s a warrior calling for the isolation to do its very worst, but it eventually concedes to fade out with the line “he used to be that way, but now his brain has changed.”

If “My Back Catalogue” is the gauntlet being laid down, then the title track “Yesterday Suit” is the defiant stand, the Phoenix rising from the ashes, ready to face the world, but with a cynical edge. The shoo-be-do-wah’s and echoing harmonies consolidate my feelings that The Beach Boys couldn’t do any better producing a chilled psych album born out of a pandemic. The lyrics are more intelligent for starters, and the melodies could give Brian Wilson and company a real run for their money.

The harmonization is so gentle and soothing in “Spit the Rind” and “I Got My Hardhat On,” it could ease you into a daydream, the escape from whatever you just sometimes need for five minutes. It sounds like Leitera is at his most vulnerable, emerging into a new world. “Insomnia,” has a perky melody, but the lyrics tell a different story. I guess it’s like painting a smile on while affecting a cheery disposition; the tune is lively and challenging themes are braided lyrically through the jangly guitars.

Watch the video for “The Scaffolding”

Yesterday Suit is out now on Declared Goods.