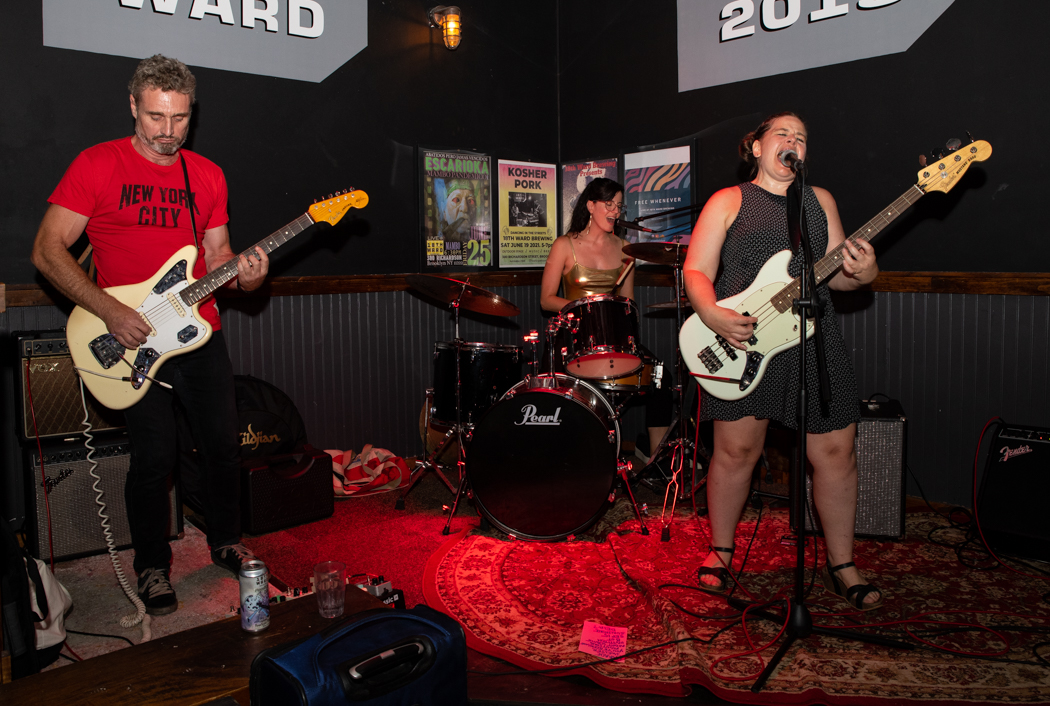 Creek & Kills just put out a stunning new EP, Unstitching (read our review), and hosted a release show at 18th Ward to celebrate. Having attending a show with metal and stoner noise the night before, this show was a totally different vibe and a nice, comparatively laid back, start to my weekend. But as the saying goes, “I contain multitudes,” so I felt right at home in either setting, getting in touch with the “softer side of Hoos,” or something like that!

Joining on the bill were alt country pop band Sweetbreads, who started out the night and had plenty of Americana and western twang to spare too. Led by bubbly singer songwriter Melody Stolpp, who had a smile and stage presence as big as her voice, the band is anchored by co-collaborator/guitarist Nick Watt along with the rhythm section of Owen Liza Winter on drums and David Halpern on bass.

Country is a genre I admittedly am VERY unfamiliar with, and I can probably count on one hand the times I’ve seen a country band play live, but they definitely got me bopping in my seat and I had a fun time. The songs were catchy and infectious and I was particularly impressed with the versatility and intricacy of Winter’s drumming, bringing poise and a subtle, yet a still commanding, rhythmic presence. This is something I always appreciate (and envy) in other drummers since I tend to have one dynamic and speed when I play and that is: LOUD AND FAST; I rarely do subtle so this was a nice treat for me to watch.

Groupie is a band I have seen a few times over the last several years, but sad to say it had been a while since the last time, even before the pandemic. As luck would have it, this was their first show back (I am happy to say this has been the case for several Brooklyn bands now, that I’ve been able to see their first shows back), so I was happy to get to be there. Though they’ve had some lineup changes since the last time I saw them, founding member vocalist/bassist Ashley Kossakowski is still at the helm, and they still very much live up to their self descriptor of “very good rock and roll.”

They were a trio the last time I saw them but have now filled out to a four piece; guitarists Theodora Curtis (also of Climates), and Devin McKnight (also of Maneka; see recent pics we featured) round out the lineup to bring a fuller, more nuanced sound to their live set. I am definitely excited to see what the new lineup brings and for when they record some new material. They will perform again at Mercury Lounge on Thursday 8/26 along with Cafuné.

Creek & Kills headlined the night to celebrate their big day. They played the songs from the EP, as well as some newer unreleased tracks that they’ve recently worked on. They were back in fighting shape with drummer Erin Harney behind the kit once again (last time we saw them, she was recovering from an injury but still on hand for her vocals), bringing her quirky post-punk sensibilities to the songs. Bassist Kate Bell handles most of the lead vocals, but she and Harney are both powerful vocalists and share many parts and harmonies, beautifully blending together. At one point someone asked for the PA to actually be turned down because Bell’s voice is just such a presence. She quipped that she has a BIG voice and it’s true, but hardly a bad thing, because it just serves to heighten a lot of the emotional crests and dramatic moments in the songs, particularly when she and Harney weave their voices together.

Before they played the song “September 15th,” they made it clear to the crowd where they stand on the issue of women’s rights to choose what happens to their own bodies, (is there any other stance to have on this issue though?). They re-affirmed their commitment to playing and setting up shows with other women and non-binary artists as well; they regularly and diligently work to set up shows and include as many non-men on the lineups as possible. This is a commitment I deeply respect and wish more bands would make, particularly bands with all cis male lineups, because to be frank, bands with women/non-binary/queer members made these commitments long ago either explicitly or not, and we continue to do the work to make it happen each and every show we play. It would be nice to see men stepping it up, but in the meantime, I am grateful for bands like these who come together to make these nights happen. It makes the grind and irritation of existing in this world and in these times just a little bit more bearable, and I’ll take any of that I can get, any time I can get it. 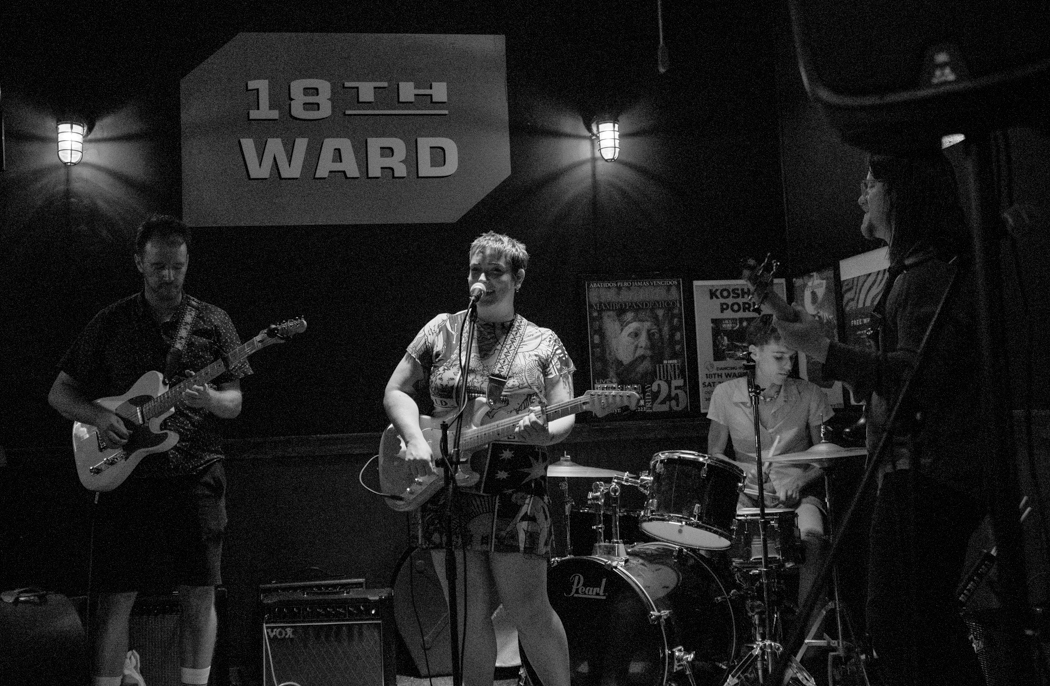 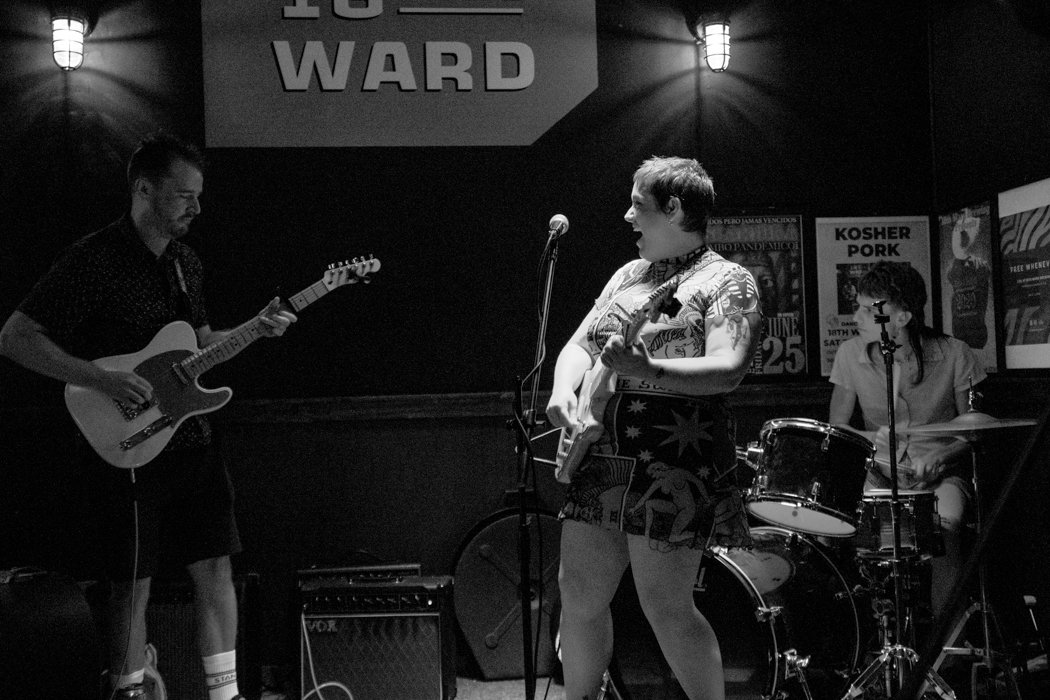 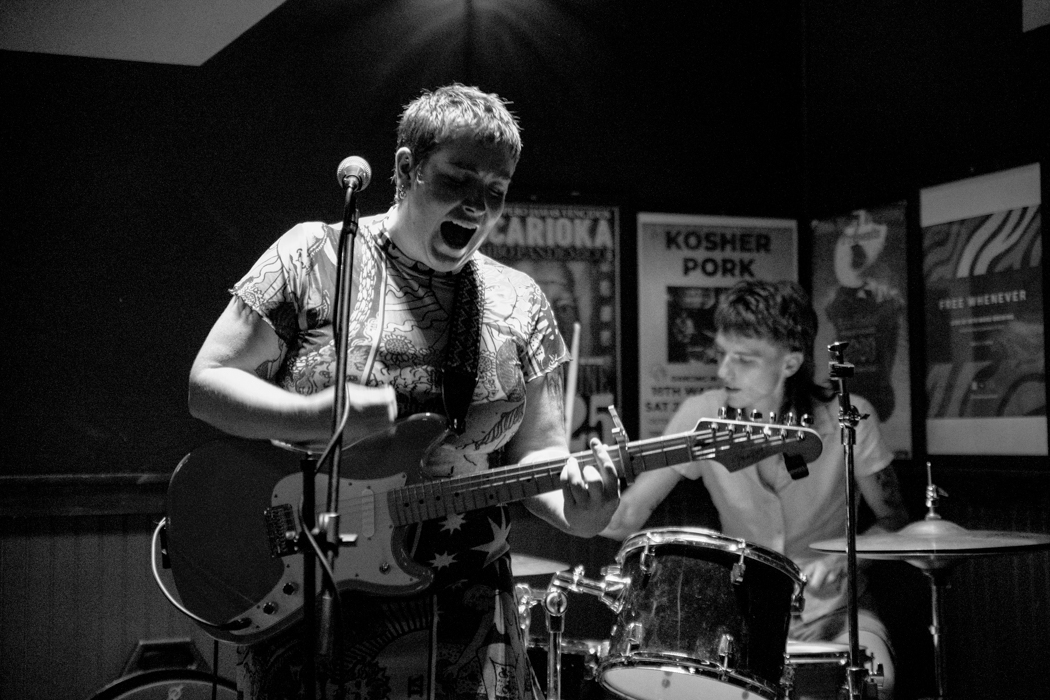 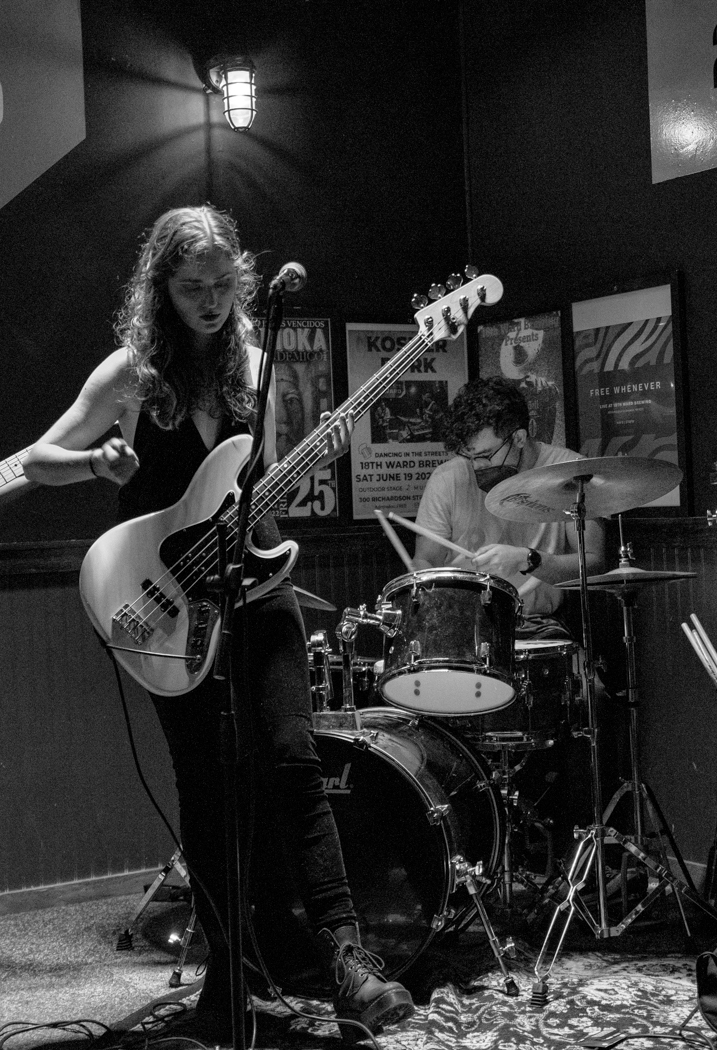 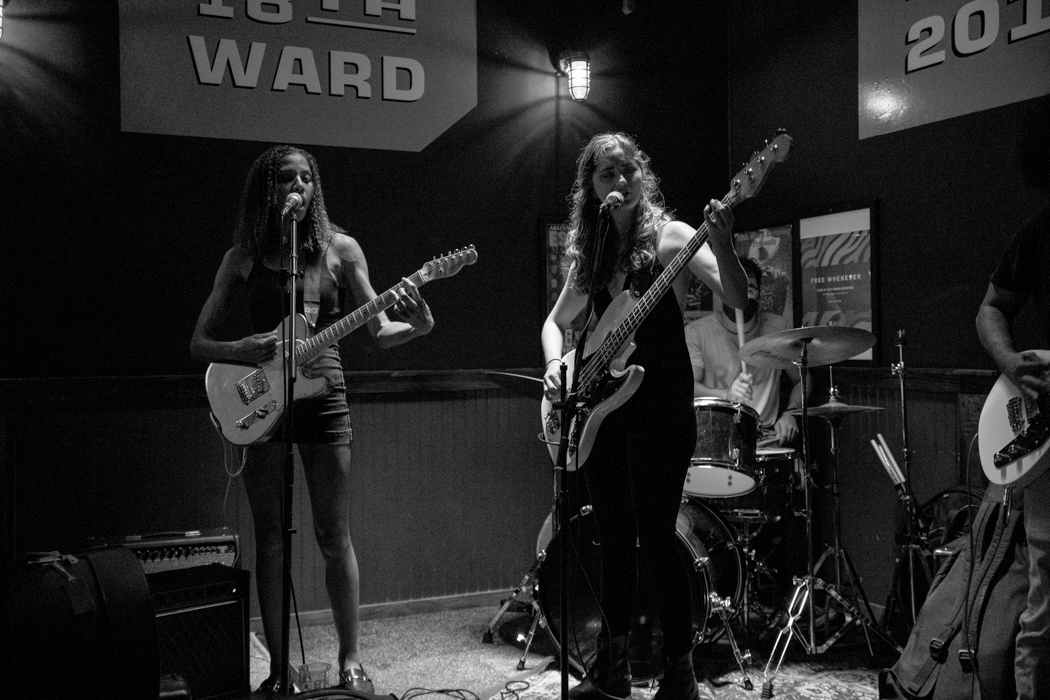 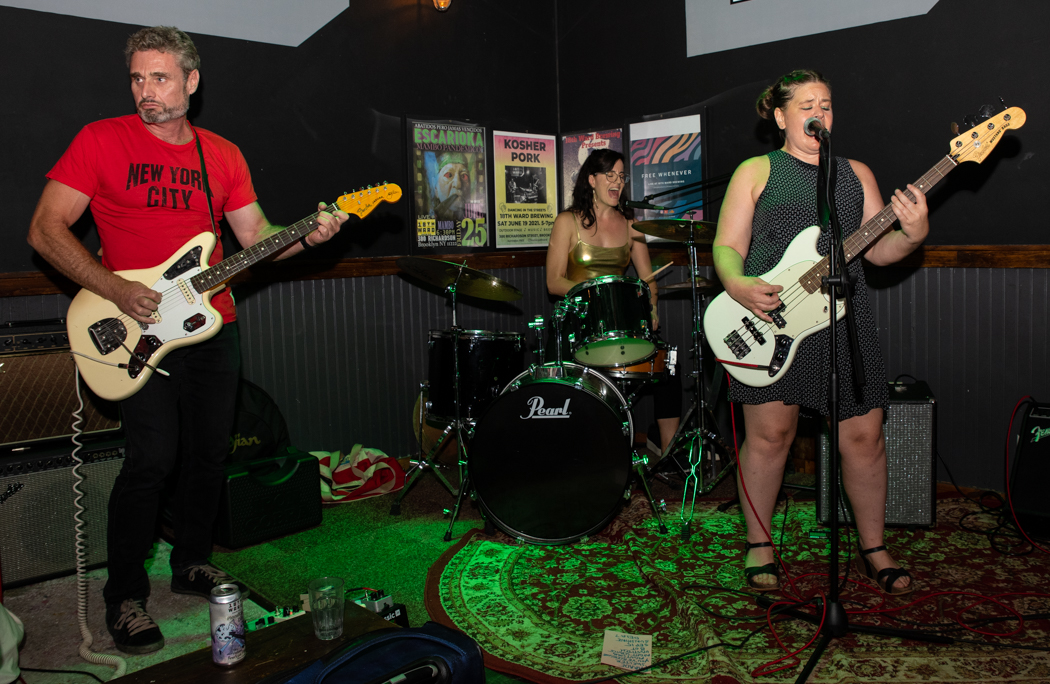 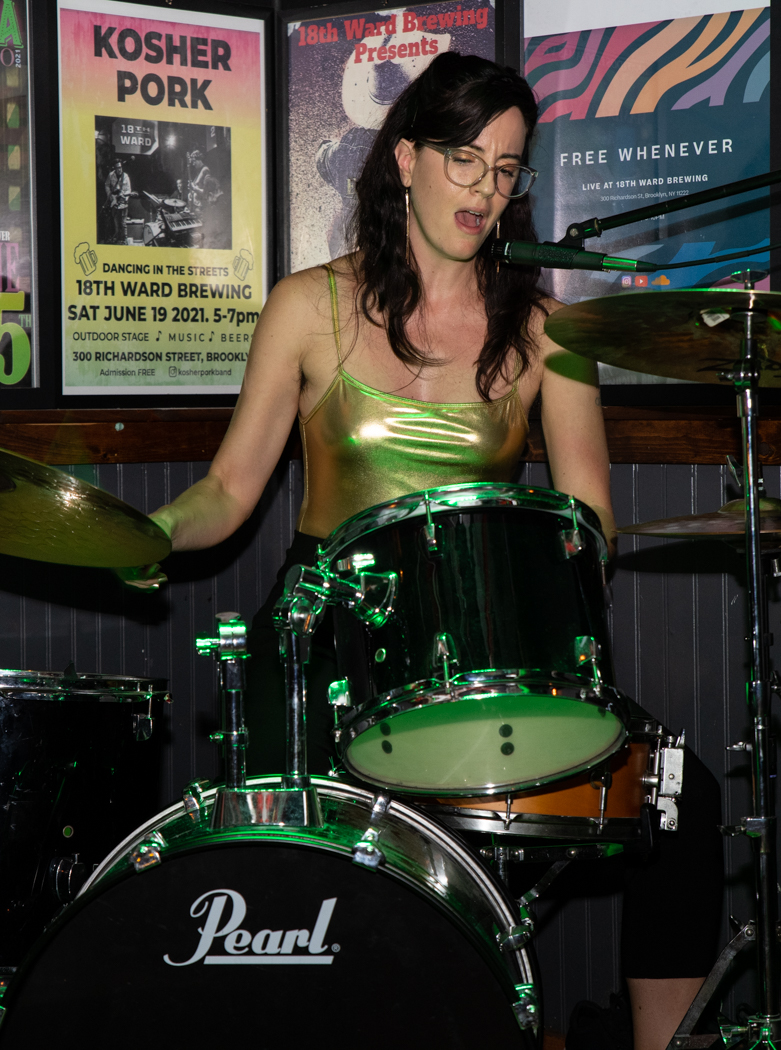 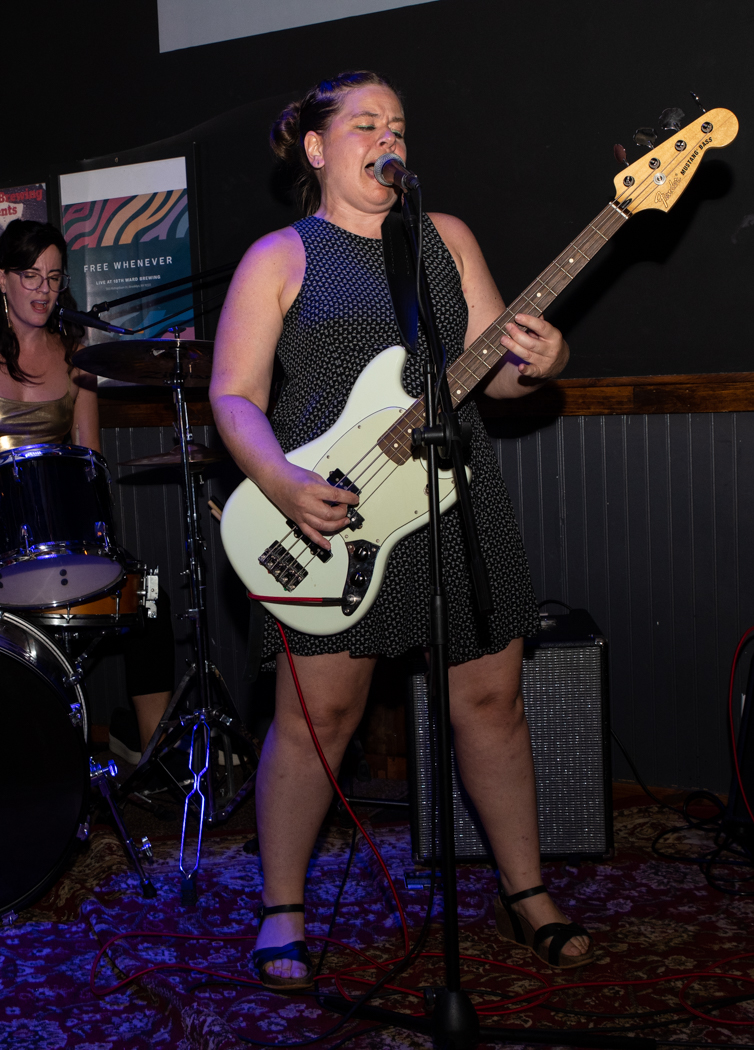 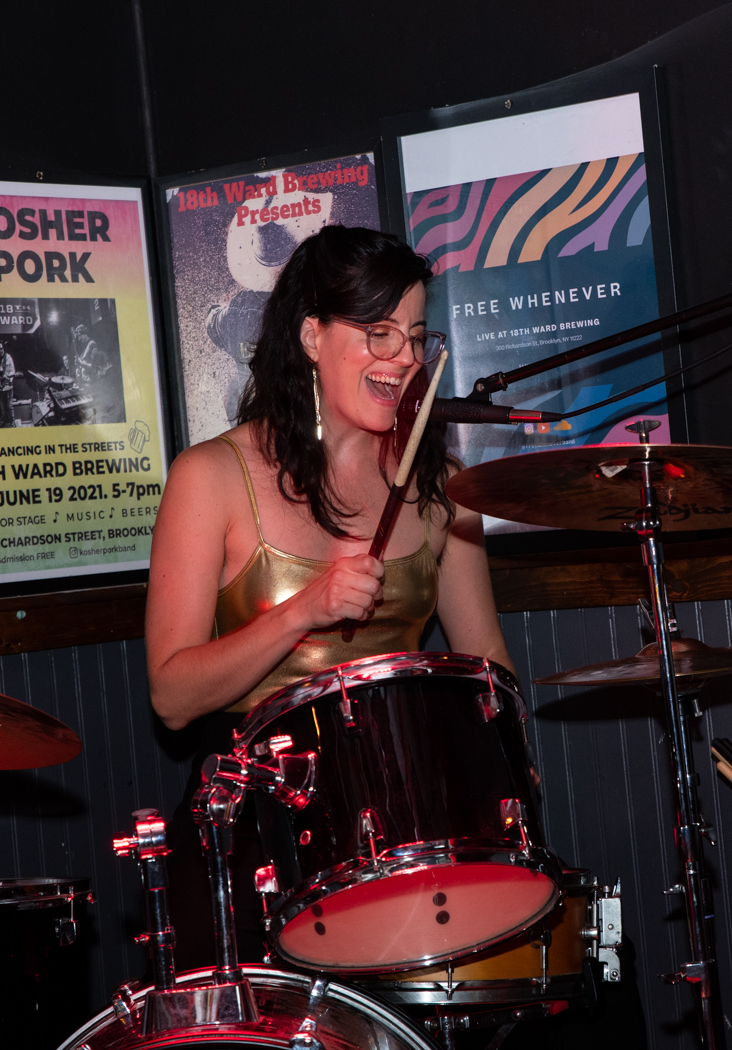