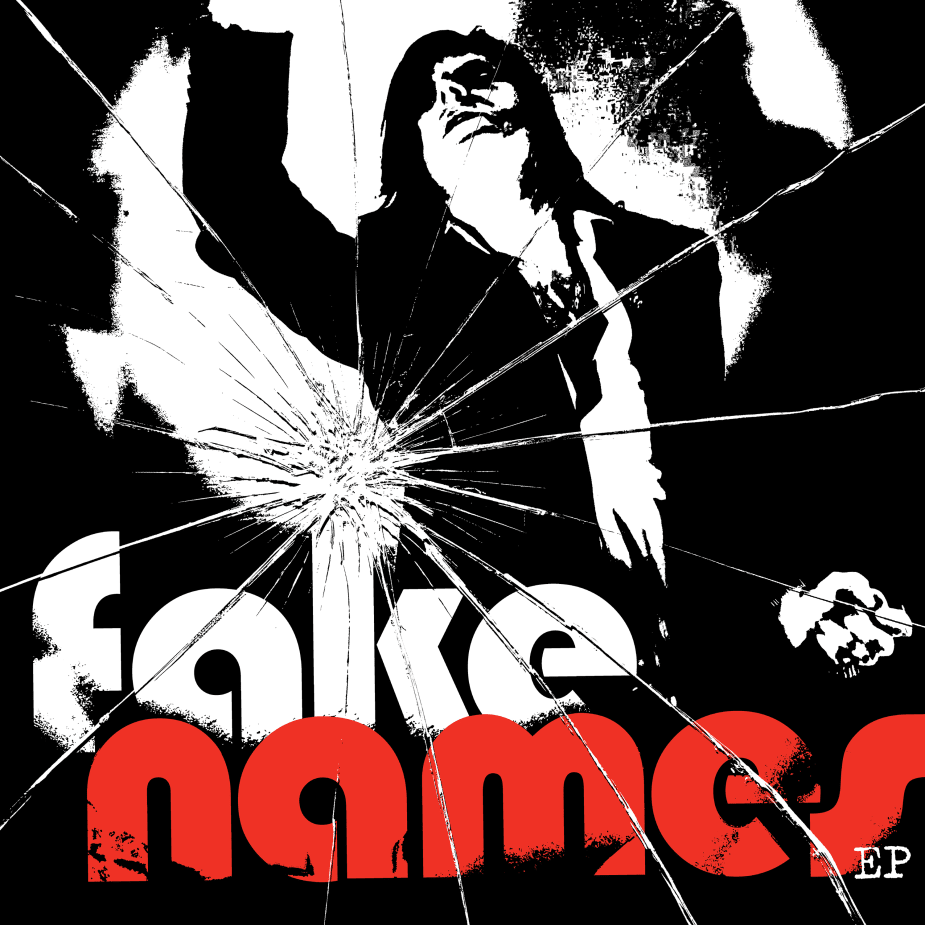 Fake Names is most definitely a supergroup. What else do you call a band whose members have spent the last several decades playing in legendary and influential bands like Minor Threat, Bad Religion, Refused, Embrace,  Girls Against Boys, One Last Wish, and The (International) Noise Conspiracy? The 4-piece outfit consisting of Brian Baker, Michael Hampton, Dennis Lyxzén and Johnny Temple have added to that already very impressive pedigree by inviting guest drummer Brendan Canty who comes with his own long list of seminal credits: Fugazi, Rites of Spring, Happy Go Licky and most recently The Messthetics.

Wow, that’s a lot of names (and a lot of hyperlinks for my editor, I’m sure) and not even every single group all the members were in. But enough of past credits, let’s get to the music on this new EP. Which, coming from a group with those credentials, you know is going to be rock solid.

Fake Names (the EP is self-titled, like their debut album from last year) is a tight, 3 song affair that clocks in at about 9 minutes. It kicks off with the anthemic “It Will Take A Lifetime,” which sets the stage for what to expect: melodic bass, crisp drums and interlocking guitar work that incorporates rhythm chords and rollicking leads. There’s nary a pause, and by the time the EP ends with “Cuts You Down,” it’s time to hit repeat and pay attention to the vocals this time again, which are definitely more of the ‘singing’ than ‘screaming’ style of punk. I have a personal theory that supergroups tend to be a bit poppier than where their individual members came from, and it holds here – which is not a bad thing. Fake Names have hit a solid mark with catchy, pleasing punk rock- sometimes more punk, sometimes more rock, and well-produced without being overly slick.

Guitarist/vocalist Baker explained the band’s choice of releasing an EP by noting “So many of my favourite bands growing up (Damned, Clash, Black Flag to name a few) issued EPs between albums, and they were always special to me… they were records that made me feel closer to the bands, giving me a window into what was coming next or what they did when no one was looking. The ‘Fake Names EP’ was recorded in this spirit.” An EP also gives a band the chance to cut out filler, and that is exactly what Fake Names has done here. Fake Names is out now on Epitaph Records.