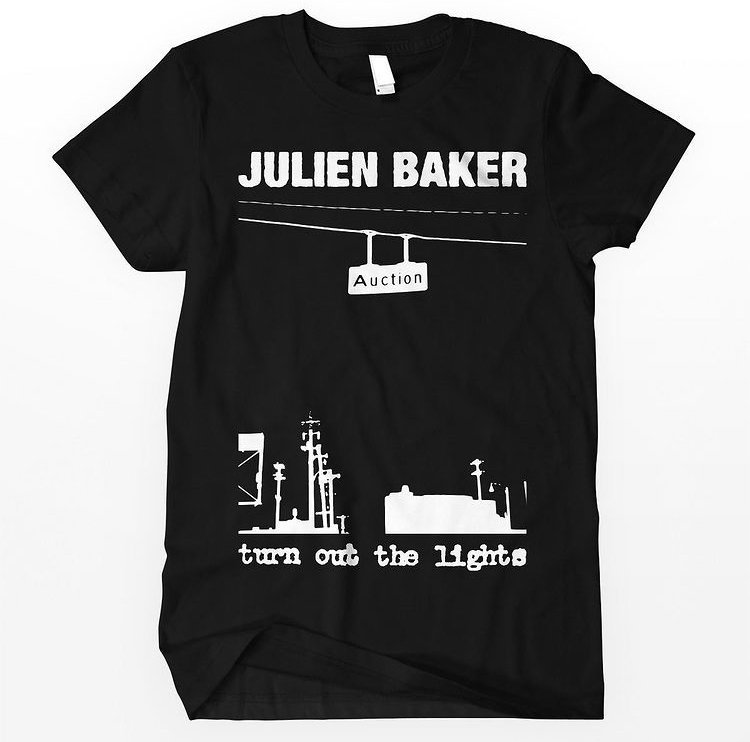 Full disclosure, this is a post about a t-shirt. I also wanted to give a little love to the album monuments to thieves by His Hero Is Gone, so yes it is also a double appreciation post, but it really is more specifically to express my excitement about this shirt by Julien Baker which (lovingly) copped the art from the album.

The album came out in 1997 and is a classic by the seminal Memphis hardcore band, while the shirt was released in May 2020 as a benefit for ACLU of Tennessee. It being a clear respectful nod to the DIY culture and city from which Baker came, plus it being for a great cause, led to me pretty much immediately parting with my money (my actual shirt is not pictured since its currently covered in cat hair). As a very nerdy music fan, one whose life is also intrinsically and deeply linked to DIY culture, this is one of the things I really adore and keeps me attached to particular artists- when they keep their roots in focus and find ways to work that into their continuing practices as they move up in the industry. It’s not always particularly easy to do this I know, so I do also always love to see it. Especially a deep cut such as this.

Speaking of deep cuts, I definitely wondered at the time this came out how many of Baker’s fans got the reference or would enjoy listening to something by HHIG? I’m pretty sure her fans run a wide gamut ranging from dedicated indie fans to people more on the punk end of the spectrum aka myself. I for one am definitely someone who will think nothing of blasting through something like monuments to thieves and then immediately following it up with a full run through of Baker’s acclaimed 2015 debut album Sprained Ankle and then hitting a Fugazi record seamlessly before steering things back around again to Grouper– I’m sure I’m can’t be the only person in her fanbase that has those listening habits.

As a fan, that may be one of my favorite aspects of her aside from her startling music (as well as her introspective and intelligent takes on many other subjects), not only that she still finds ways to incorporate her punk and DIY roots into her work but that she is such an ardent and unabashed fan of heavy music to begin. I have to say that’s absolutely not what I was expecting the first time I heard her, but I was very excited to find that out about her and I am 100% here for it. 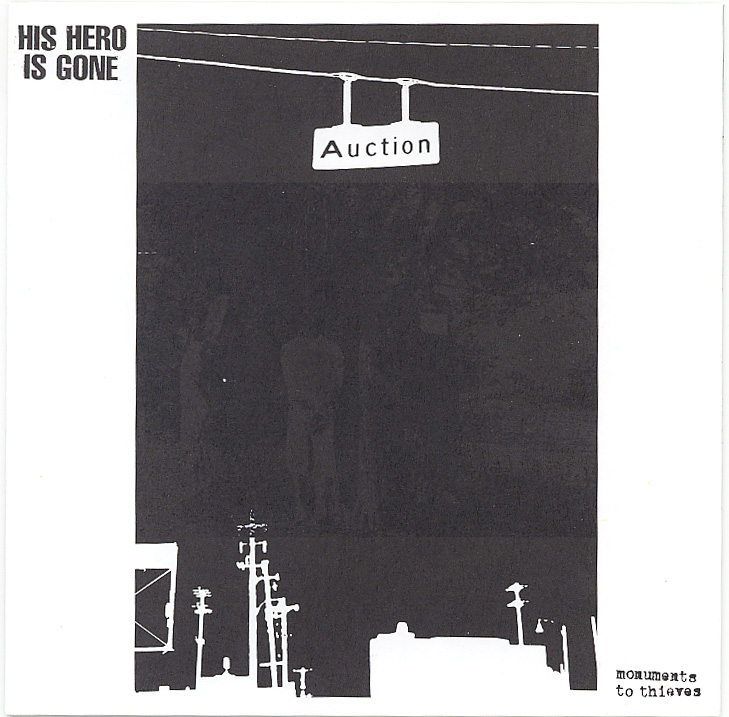 The original artwork for monuments to thieves

While you can stream Baker’s work on pretty much any major platform (including her stellar new record Little Oblivions), His Hero Is Gone is a little more difficult to find in streaming land- this album is not currently on Spotify or Bandcamp- but luckily it is on YouTube. You can listen to and enjoy this classic bit of 90s hardcore crust below.