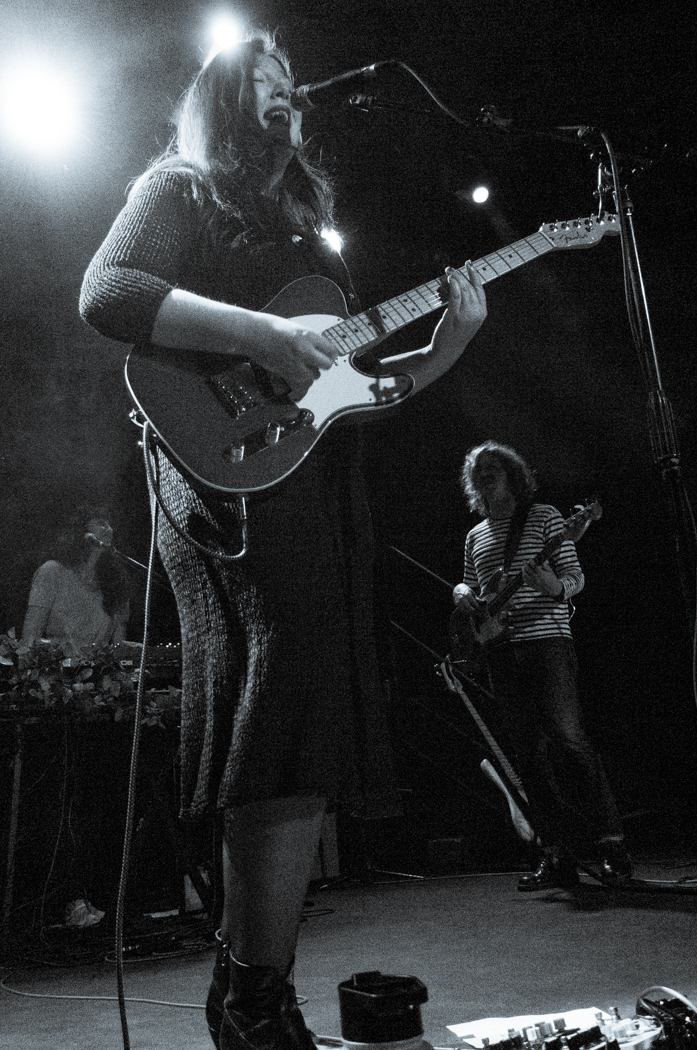 Lucy Dacus was in New York this past weekend to play here for the first time since 2019 (though she was here recently to do a signing at the new Rough Trade location). She opened for Bright Eyes on Saturday at Forest Hills Stadium and had been scheduled to open again on Sunday night, August 1st, at Terminal 5 until the night was cancelled ahead of the first show. Fortunately for her fans, Dacus was able to quickly pivot and shift over to her own headlining show at Music Hall of Williamsburg, which by now has become a venue on the smaller side for her to play (she has two sold out nights at Brooklyn Steel coming up in October). The show sold out almost immediately and the size of the venue definitely led to an intimate feel which was a real treat for fans, some who came from as far as Boston special for the last minute gig.

Having found myself with a free Sunday night, and never having seen Dacus perform live before, I took the unique opportunity to see her in a smaller venue and headed to the show with an excited anticipation. I also brought my point and shoot camera (since I couldn’t use my SLR) because really when can I ever help myself from taking pics at a show? The answer, as I’m sure readers are aware by now, is never. I’m sure readers are also likely aware that I tend to provide most of the punk and heavier coverage for the site and that that is my usual vibe, but as the saying goes “I contain multitudes,” so was very happy to get a chance to see something that, for me at least, was on a more low-key wavelength. The show was vaccinated only with masks encouraged; most everyone in the crowd kept their masks on the entire evening.

Tomberlin opened the night in just her second show back since the start of the pandemic (the first being at TV Eye on Friday 7/30) saying this was the “best last minute gig ever.” It was my first time seeing her perform or admittedly even hearing her music. Funny and engaging throughout her set of dreamy folky songs, she won me over almost immediately and kept the audience in rapt attention- not always an easy feat for an opening act- but it seemed clear a lot of people in the crowd were definitely there for her set just as much as to see Dacus. She played most of the songs from the 2020 EP Projections, a few from 2018’s At Weddings, as well as including a new song that was described as “my first dis track,” which was met with amused chuckles from the crowd.

At one point Tomberlin told the audience she would take requests, jokingly adding “but I’m not gonna do Wonderwall.” The song most people were yelling out for was “Seventeen,” currently her most popular song on Spotify and a fan favorite. With a big smile she responded and said “great that one’s coming!” When she did play the song, towards the end she dropped playing guitar and went A cappella with the room harmonizing along in a beautiful moment of togetherness earning a “ya’ll are better than me,” and “that was hot” afterwards. Before going into “Sin” she roundly declared “this is about gay shit” to loud cheers from the crowd (myself among them). This may have been my introduction to Tomberlin, but I am now firmly a fan; her ethereal vocals and guitar playing reminded me at times of Sarah Dougher, whose albums I would (secretly) cry along to many moons ago in my early 20s. I found myself disappointed when the set ended and absolutely will be back for a show next time I can.

I may have been bummed to not get to hear more Tomberlin, but my disappointment was very quickly soothed when Lucy Dacus hit the stage shortly after. We here at FTA loved her masterful new album Home Video (you can read Ellen Qbertplaya’s review of it here) so I was beyond thrilled to get to see these songs performed live. She hit almost the entirety of the album, only forgoing “Cartwheel,” pacing the emotions of the night through the setlist. The set worked its way through the new album and was also peppered with songs from 2016’s No Burden and 2018’s Historian, as well as a sublime cover of the Sufjan Stevens song “Casimir Pulaksi Day” that Dacus and Tomberlin sang together (with Tomberlin playing guitar). Dacus thanked “each and every one of you for getting vaccinated,” going on to say “the fact that ya’ll care is not lost on me.”

The true highlight of the evening was the startlingly gorgeous, spellbinding performance of “Thumbs,” a strong fan favorite which finally came out on Home Video; the crowd sang back almost word for word. Dacus commented that on prior tours when the song was not out, no one sang along (and she had asked at those earlier shows for the song to not be recorded, a request fans honored) but now that it has been released, to hear the crowd singing it back was “magical.” She was clearly very emotional speaking about this and her voice waivered for just a moment before she quickly composed herself and moved on to the next song. “Thumbs” may be a sonically mellow sounding song on the surface, but it is complexly layered and is a supremely intense documentation of supporting a friend through a meeting with an estranged parent; her deep love for her companion weaved all throughout the lyrics. This being my first time seeing her perform this, I got goosebumps and rather emotional myself (having a difficult relationship with the man who gave me his eyes too).

Dacus wrapped up the set with a few of the older and peppier numbers in her catalog, pairing one of my personal favorite songs “I Don’t Want to be Funny Anymore,” with “Night Shift,” hitting the closing crescendo with a huge fuzzed out wall of sound pummeling from the stage. She returned to the stage alone for an encore to perform a brand new song that was “about New York so maybe this is the best or the worst” crowd to perform it for. She again requested that fans not record the song, cheekily quipping “you can bully people around you if you see them trying.” After she was done, she returned to the stage once more to hand out white roses to audience members. Indeed this was a magical night and one that fans will not soon forget as they will be unlikely to get to see her in such a small performance space again. You can count on me being in the audience when she returns in October. 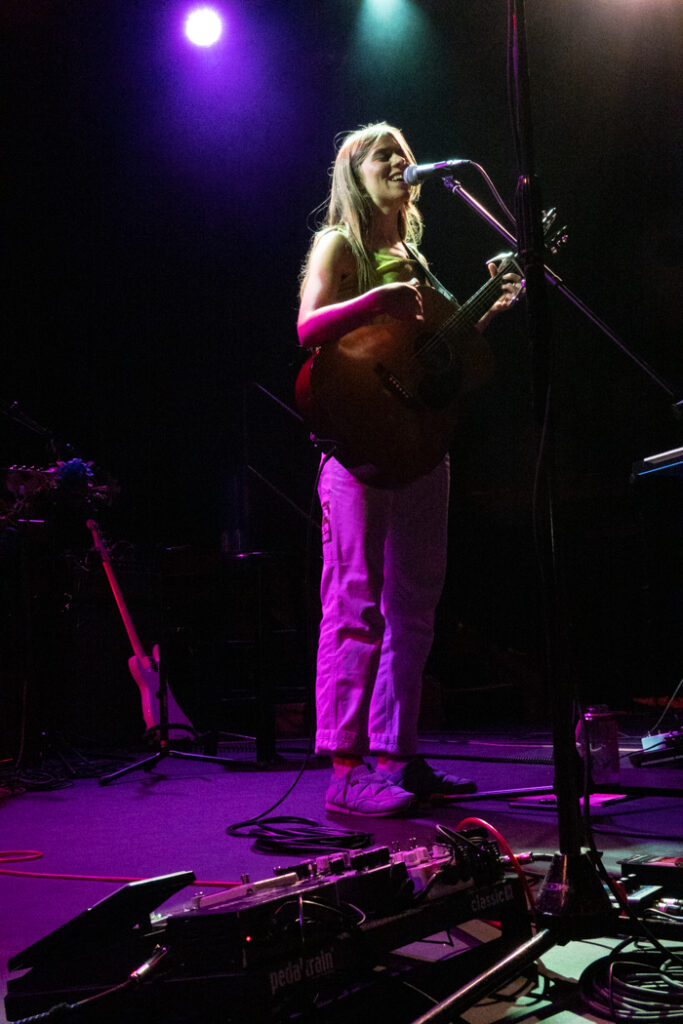 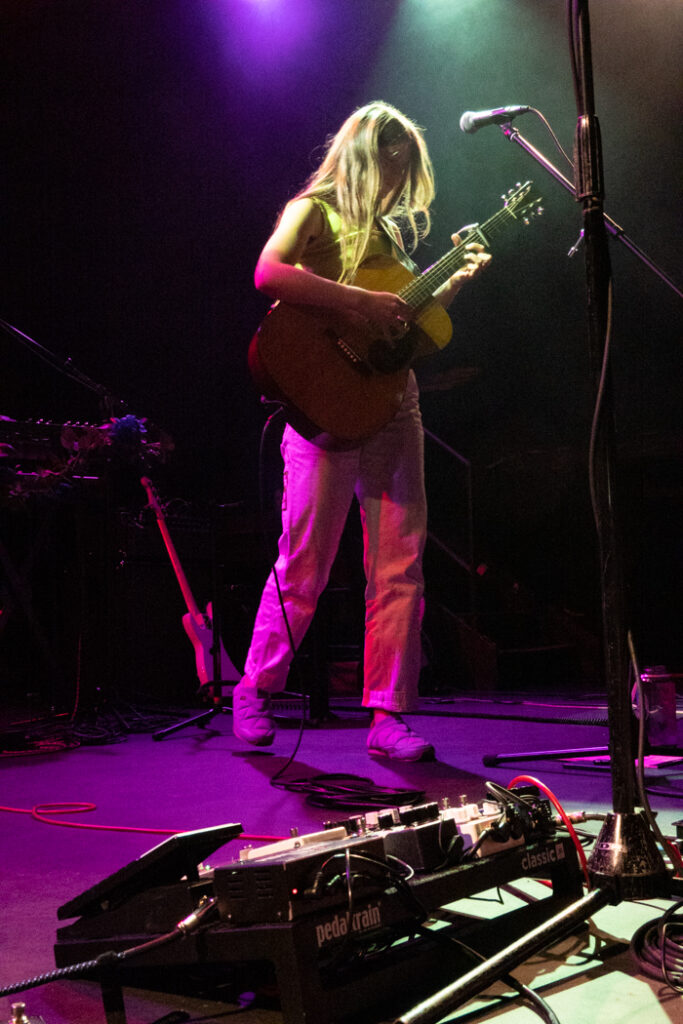 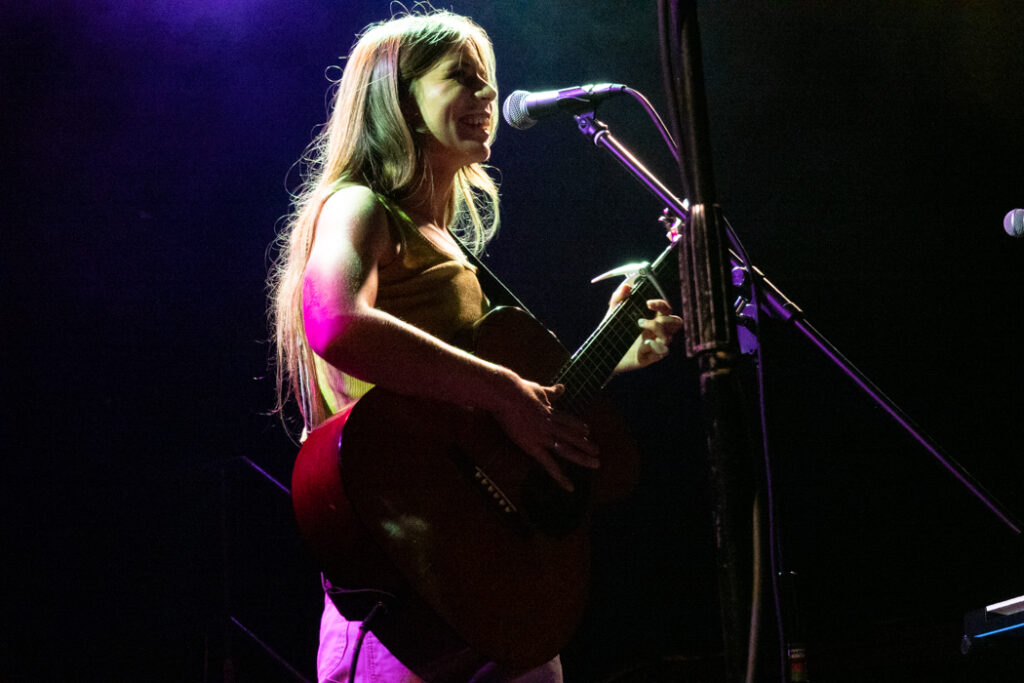 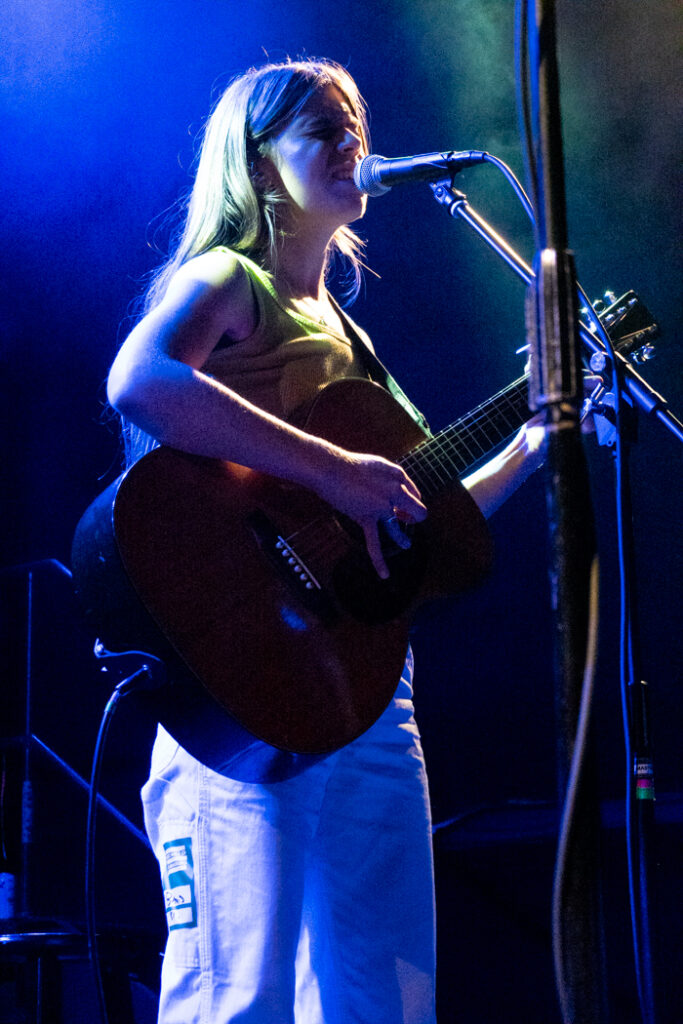 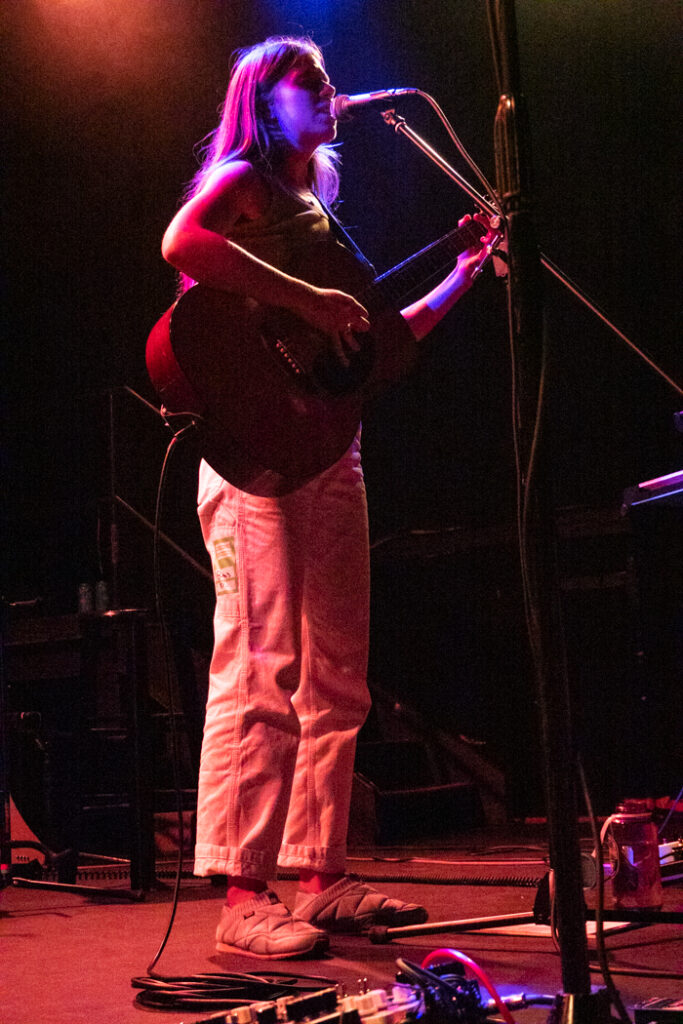 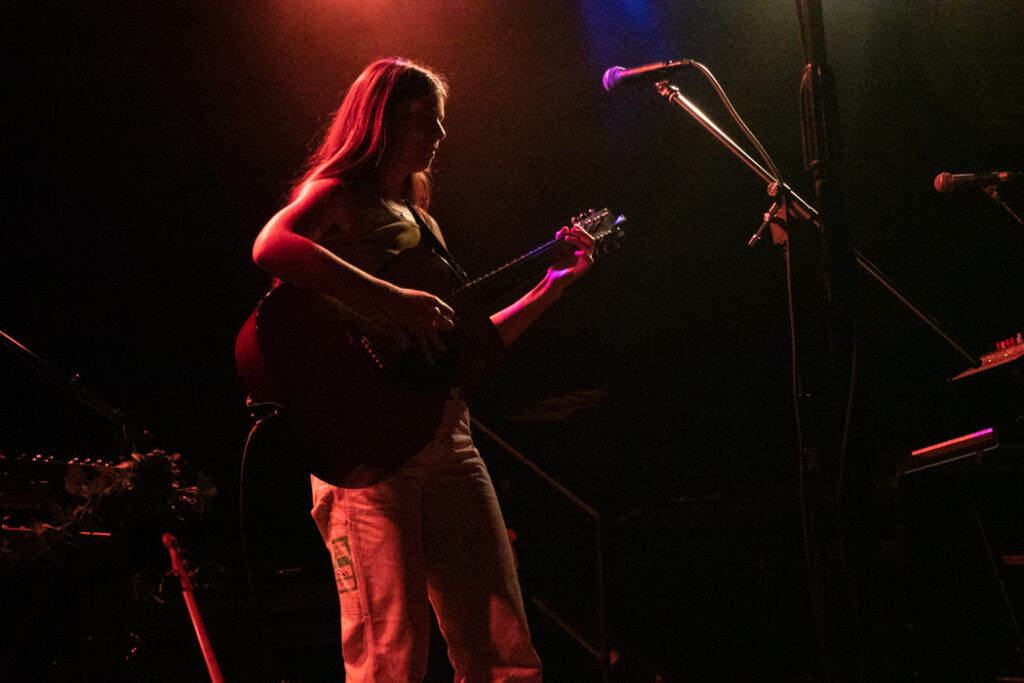 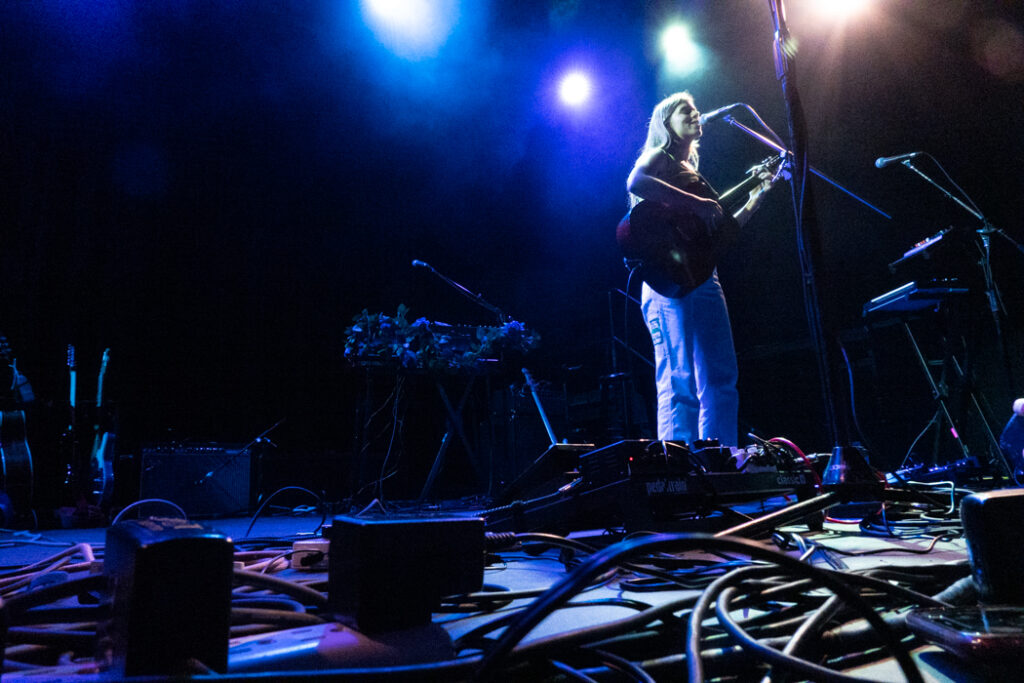 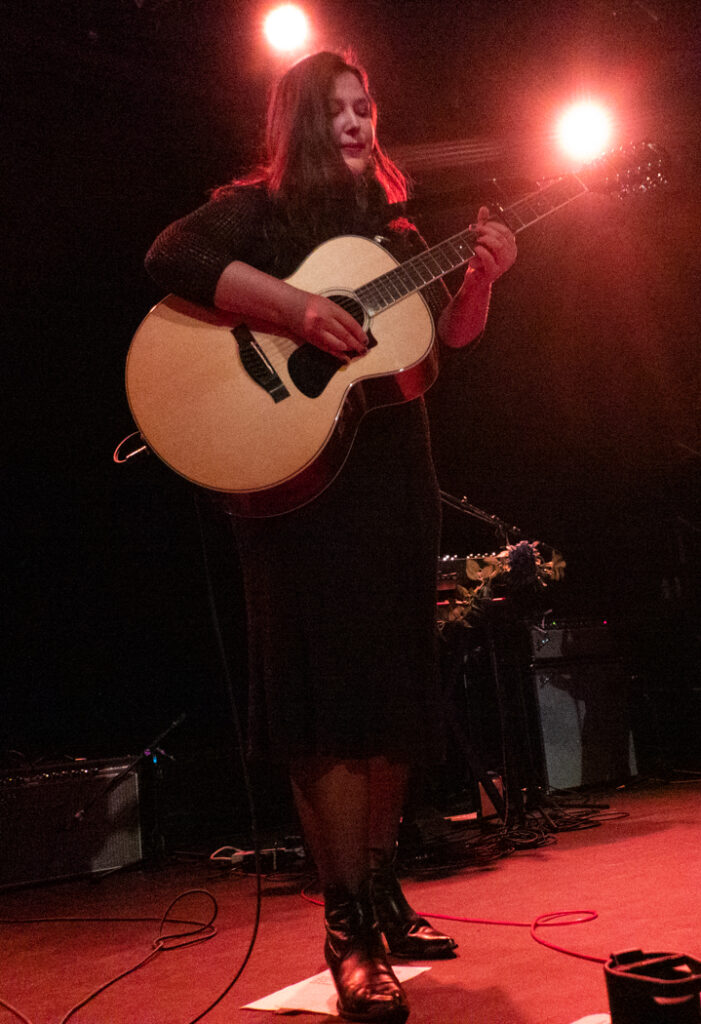 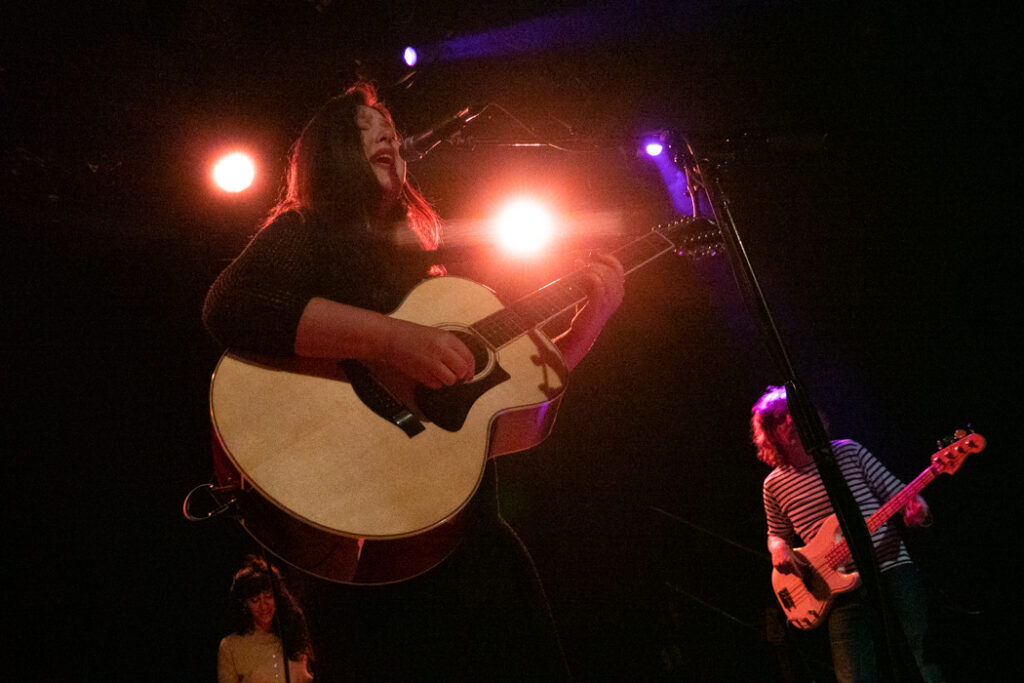 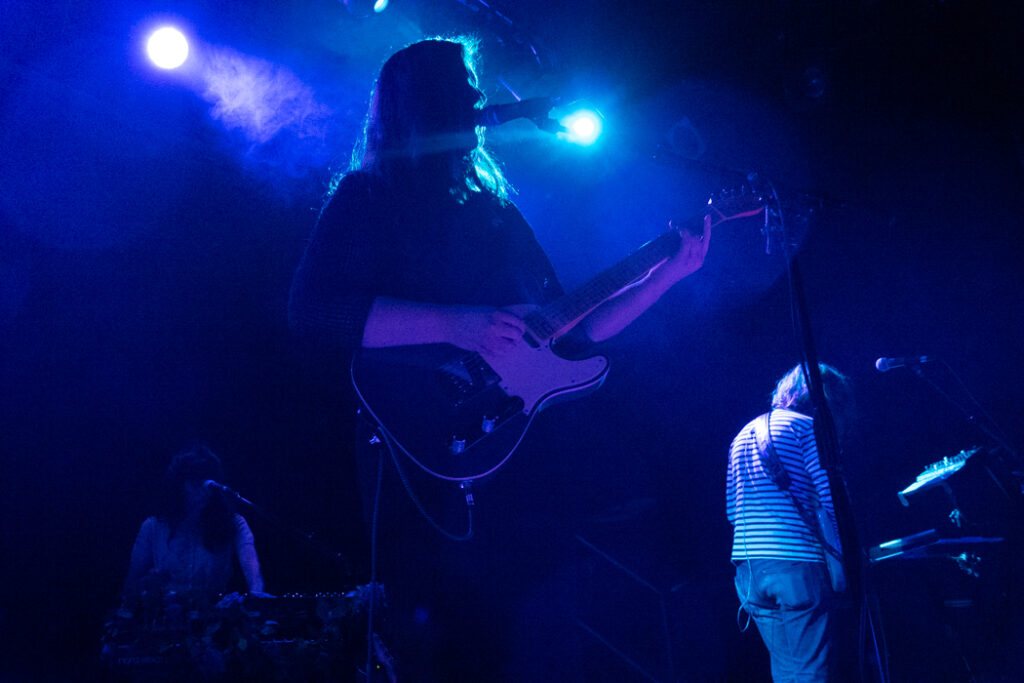 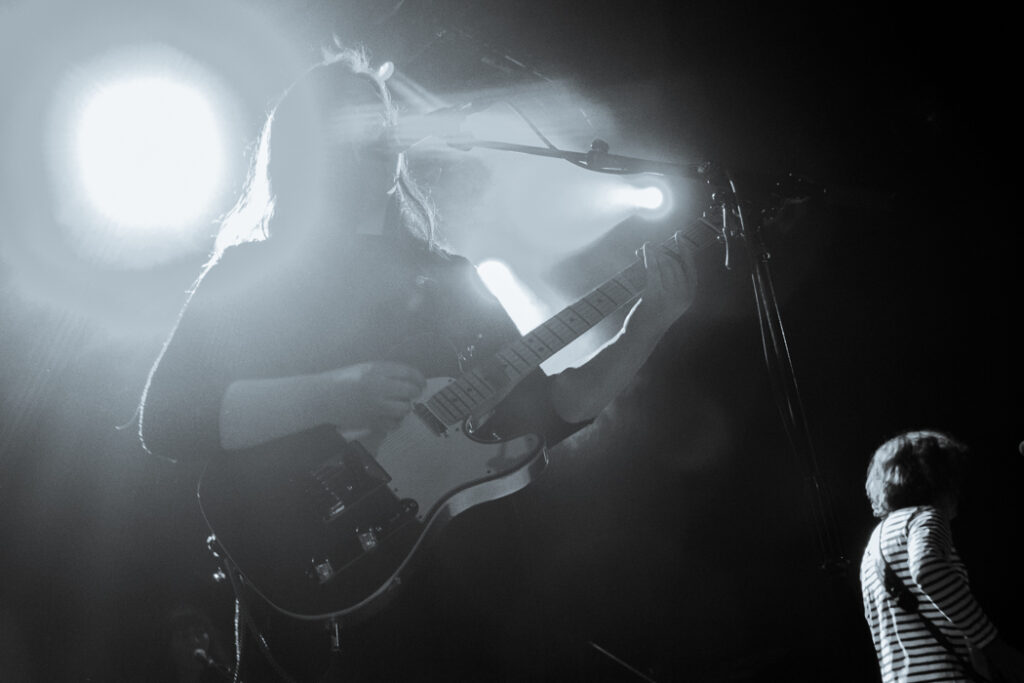 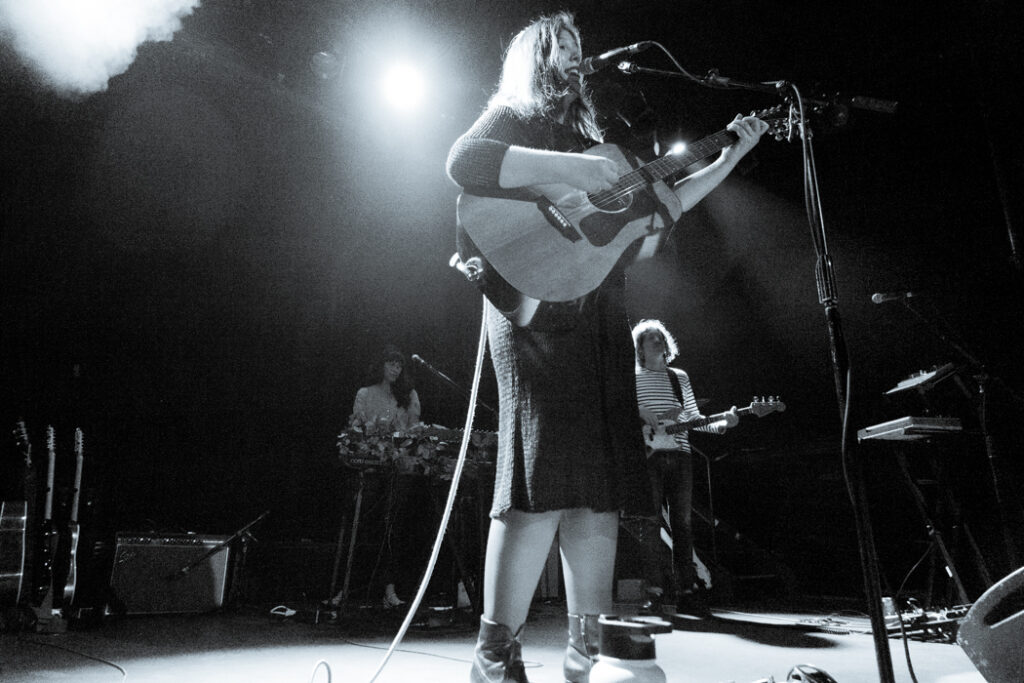 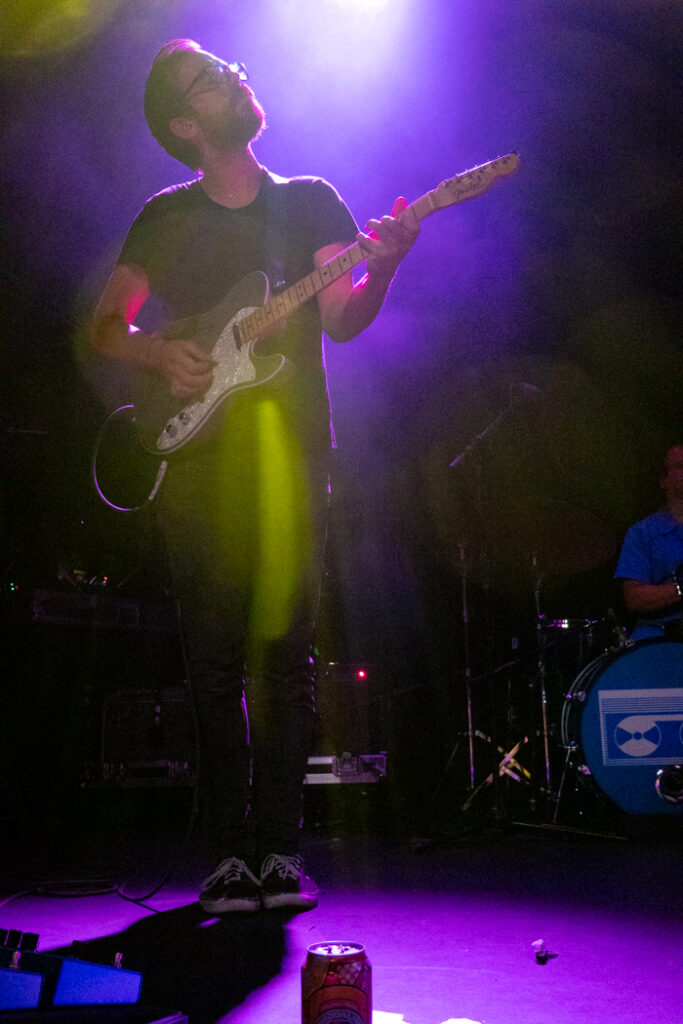 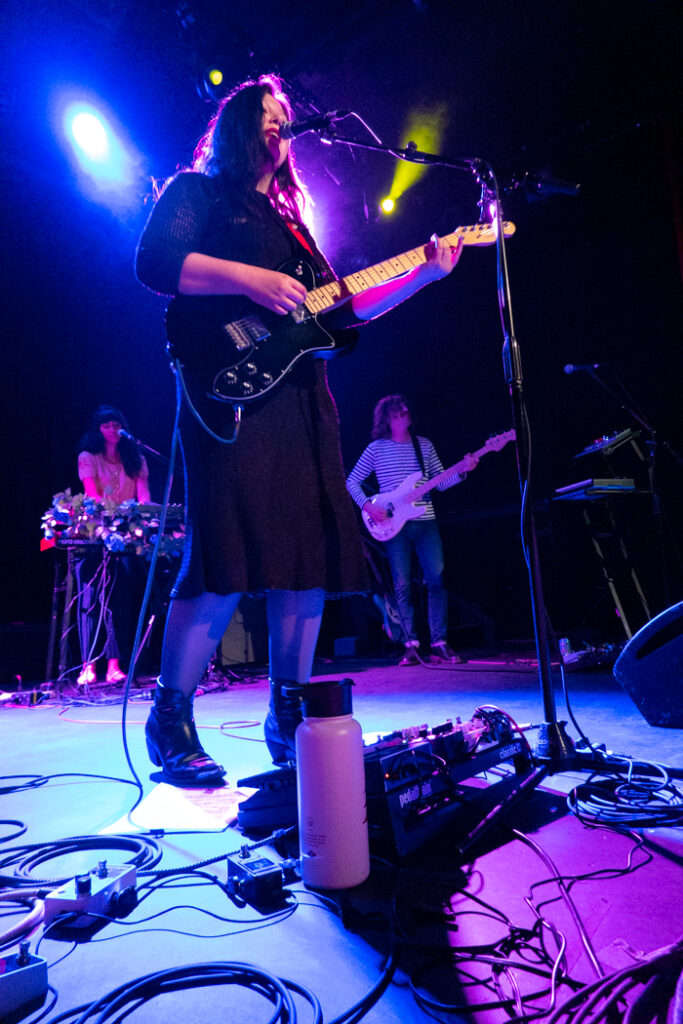 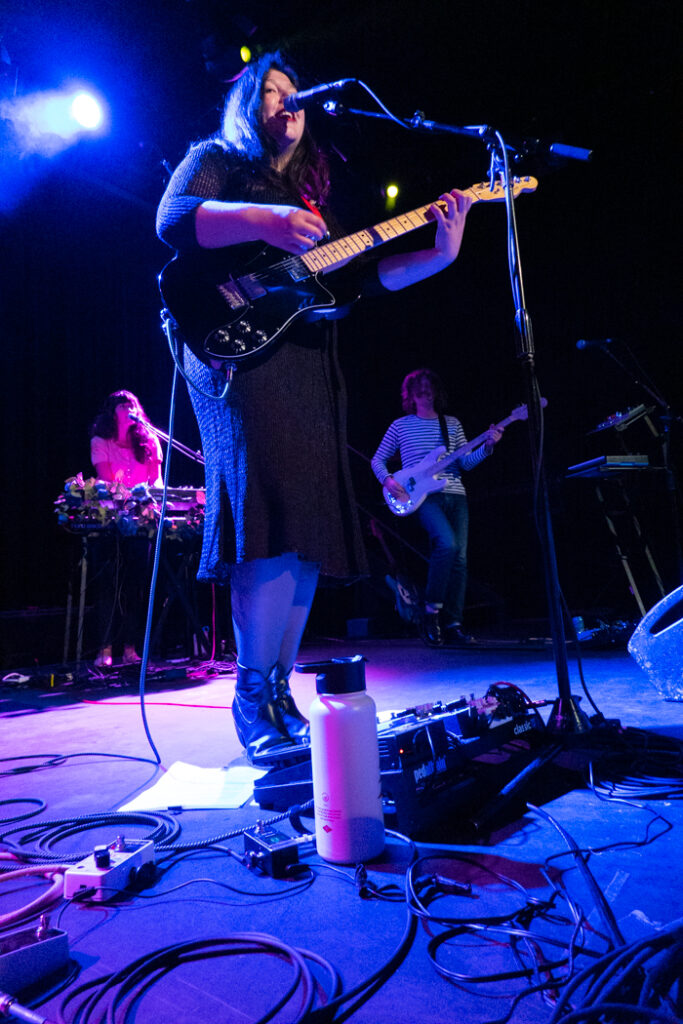 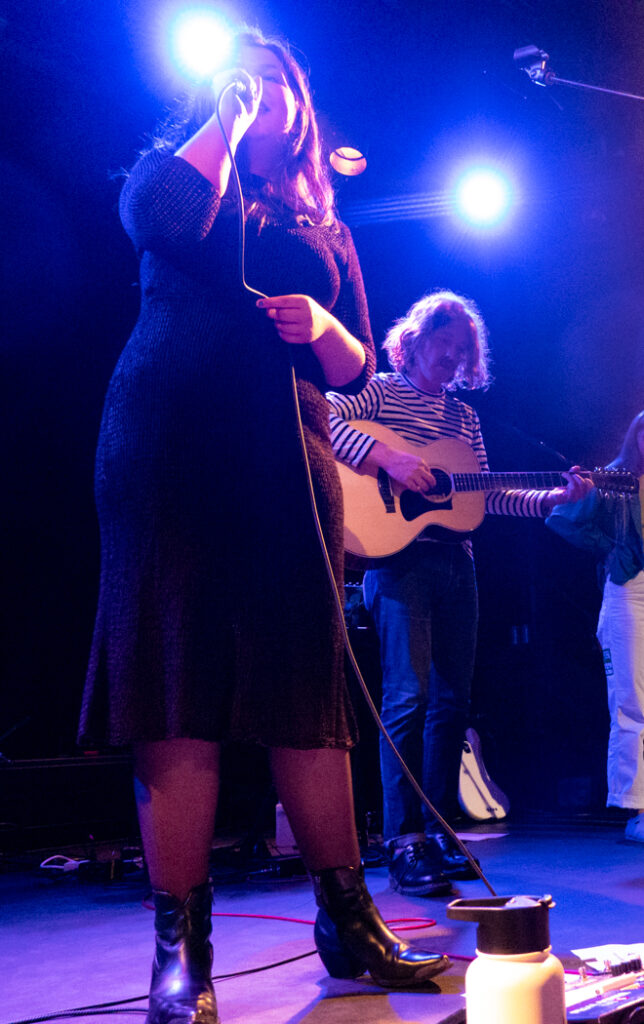 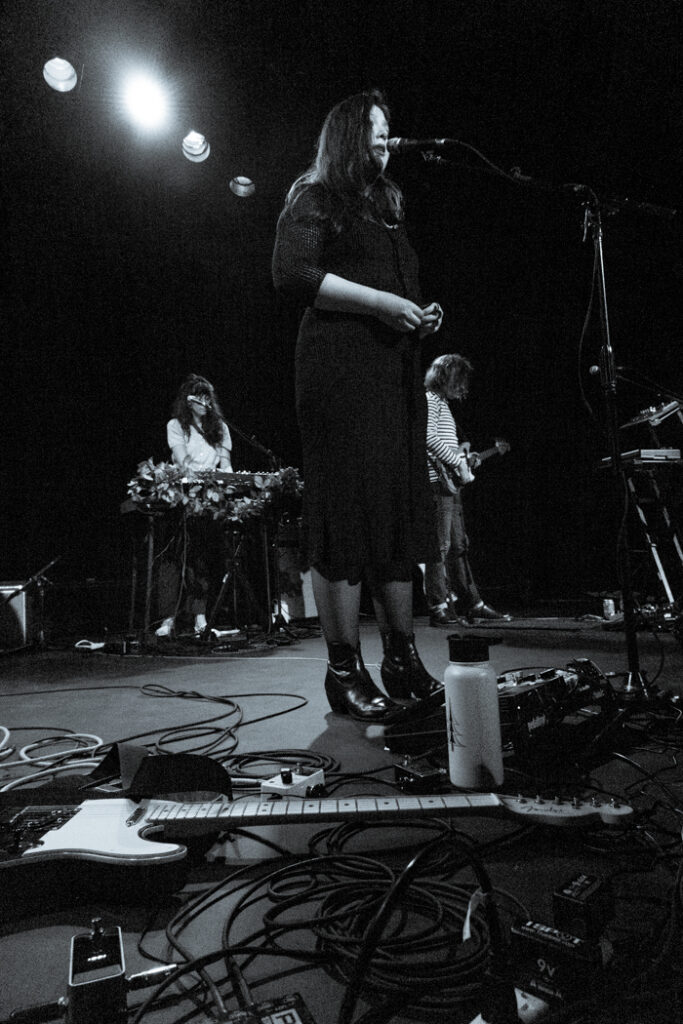 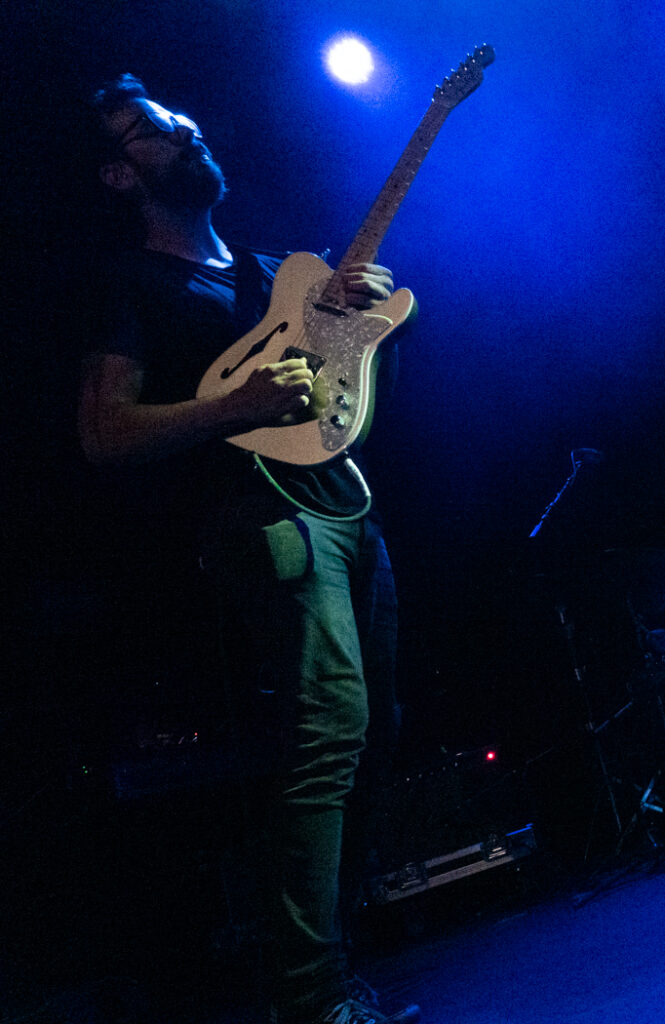 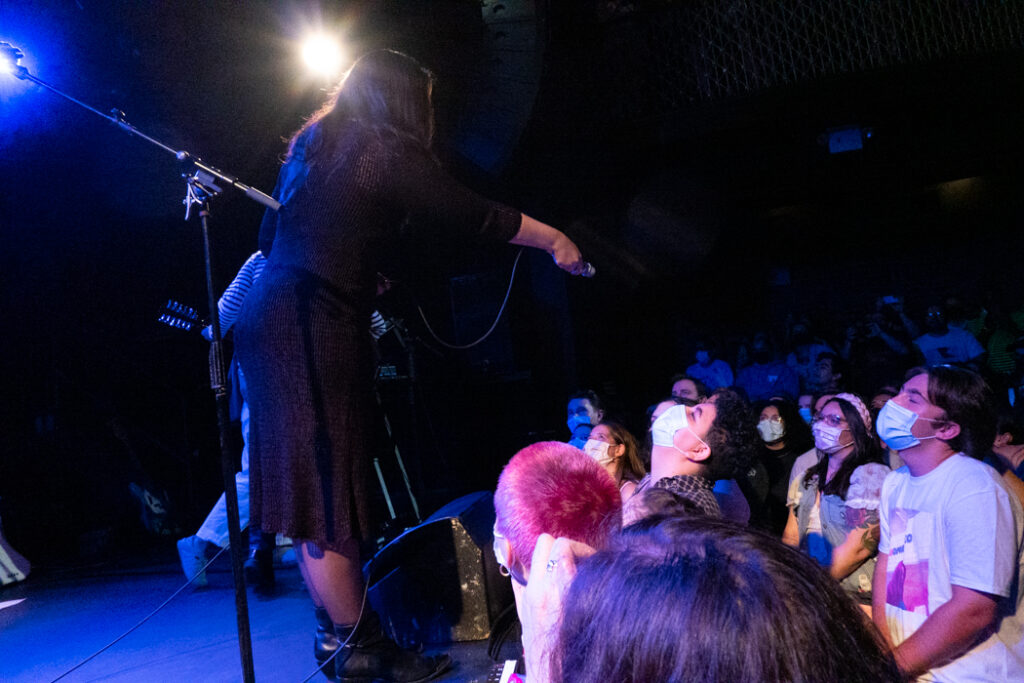 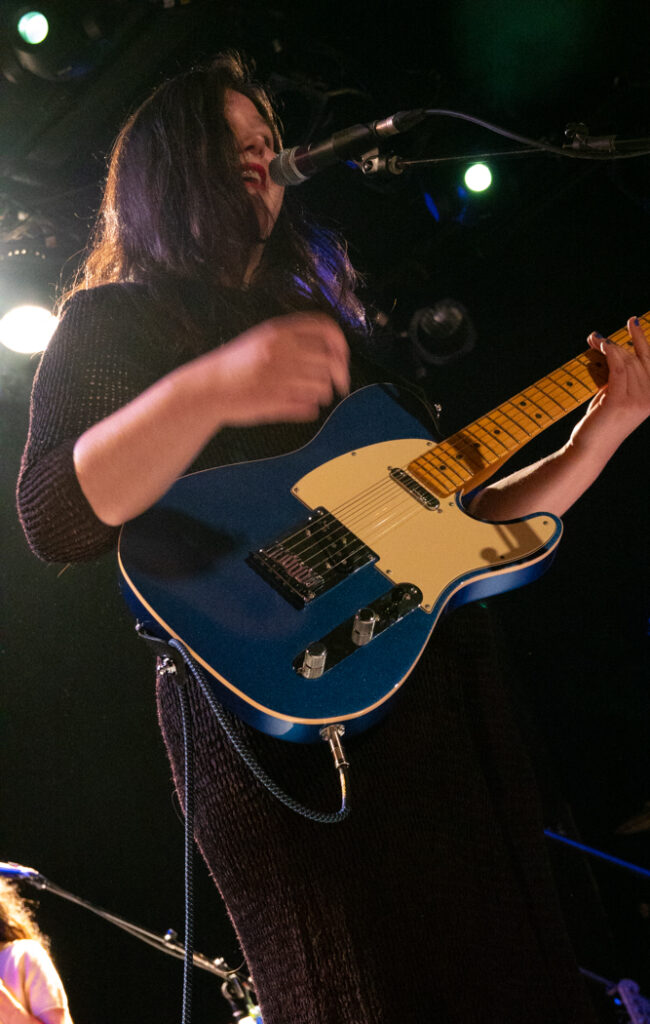 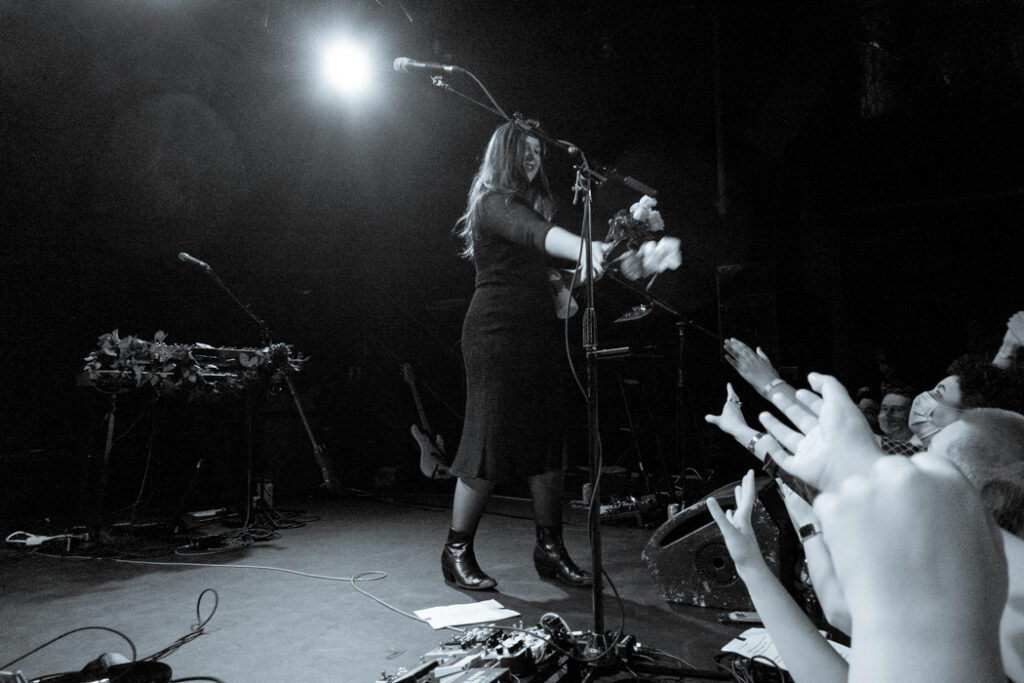 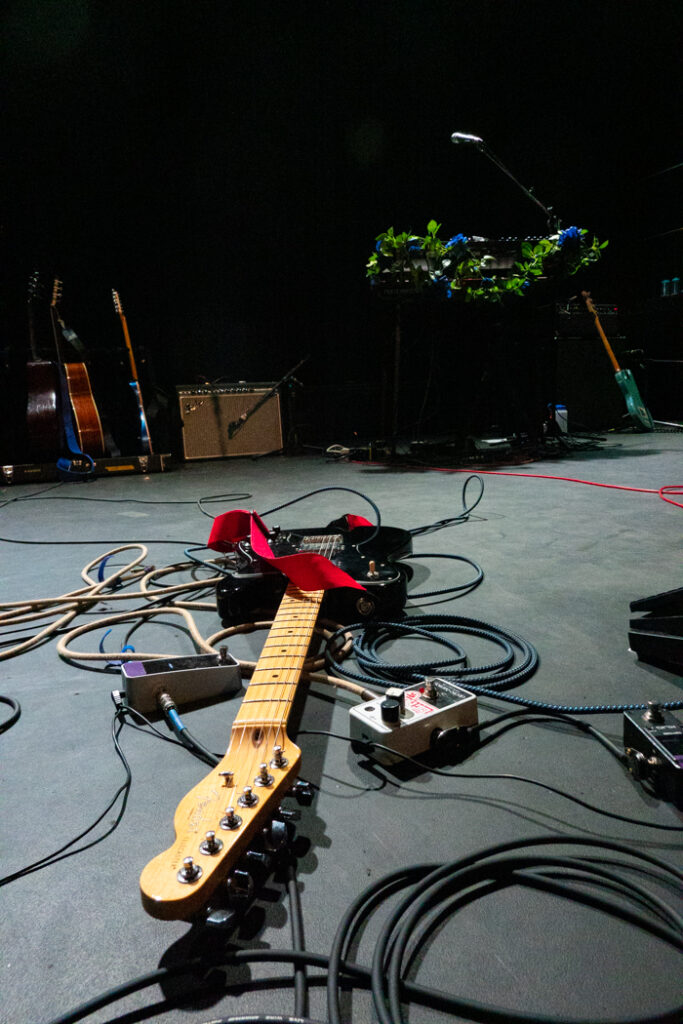