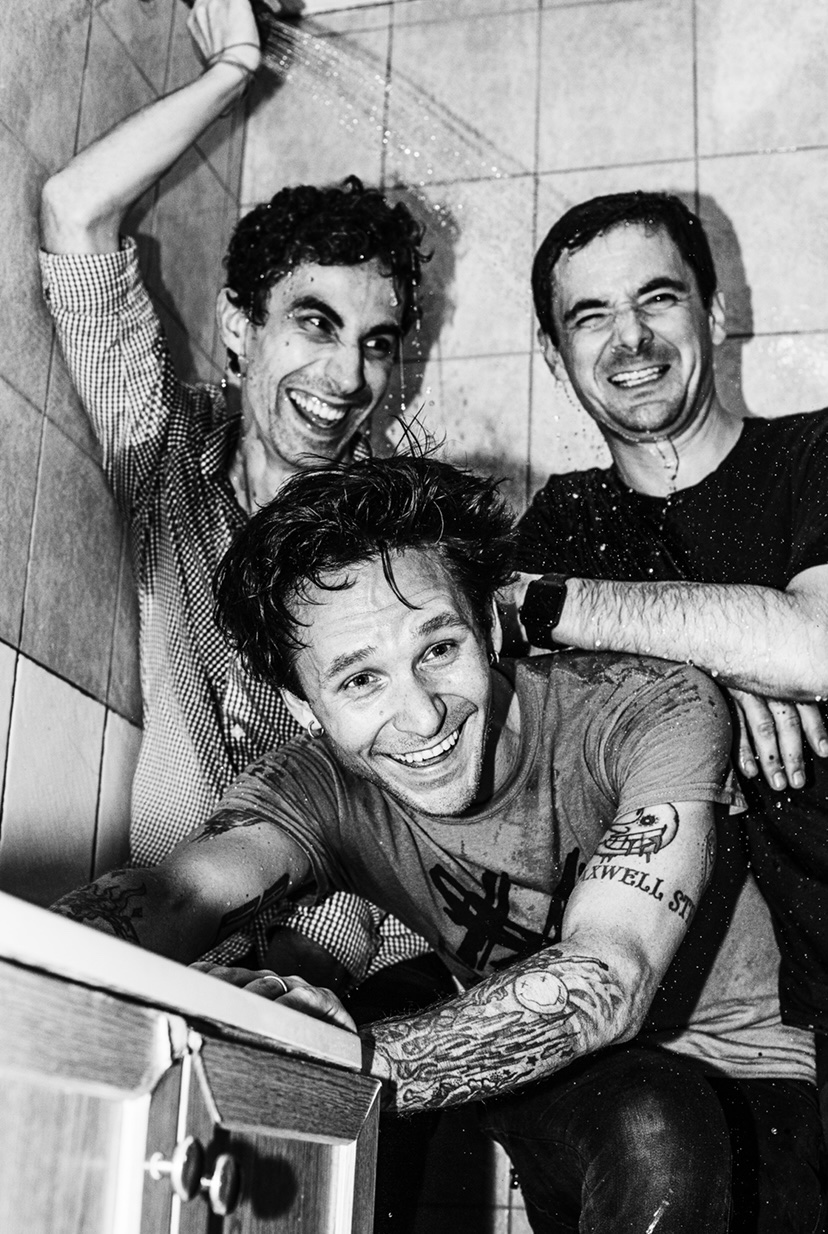 If there was an award for hardest working band in Brooklyn, then forget nominating Nihiloceros for it, let’s just skip right to the end where we hand them the crown. This grungy power pop trio fires on all cylinders, all the time and never seems to lose an ounce of their enthusiasm in the process. Be it on stage, fighting for social justice, or when out supporting other bands- which guitarist/singer Mike Borchardt seems to be doing almost every night of the week his own band doesn’t have a gig- you’re going to get 110% pure Nihiloceros.

So then it’s really no surprise that their boundless energy and zest for performing follows them through the door of the recording studio too. On the heals of the driving, huge singalong first single “iamananimal” that was released last month, “Mammal Science Fiction,” is the second single on their upcoming EP Self Destroy. The song packs a walloping punch, chock full of crunchy hooks, radical bass lines, and big big harmonies.

On the lyrical themes, Borchardt elaborated and said the song “Imagines a not too distant future where we’ve evolved too far and too fast for the natural world to sustain us. Our human systems of greed and wealth no longer provide refuge as the species can do nothing but watch everything crumble around them. The rogue survivors of the dying planet attempt to escape into outer space on homemade rockets, leaving the remnants of earth and the entire human legacy of everything we’ve ever created behind to be erased” 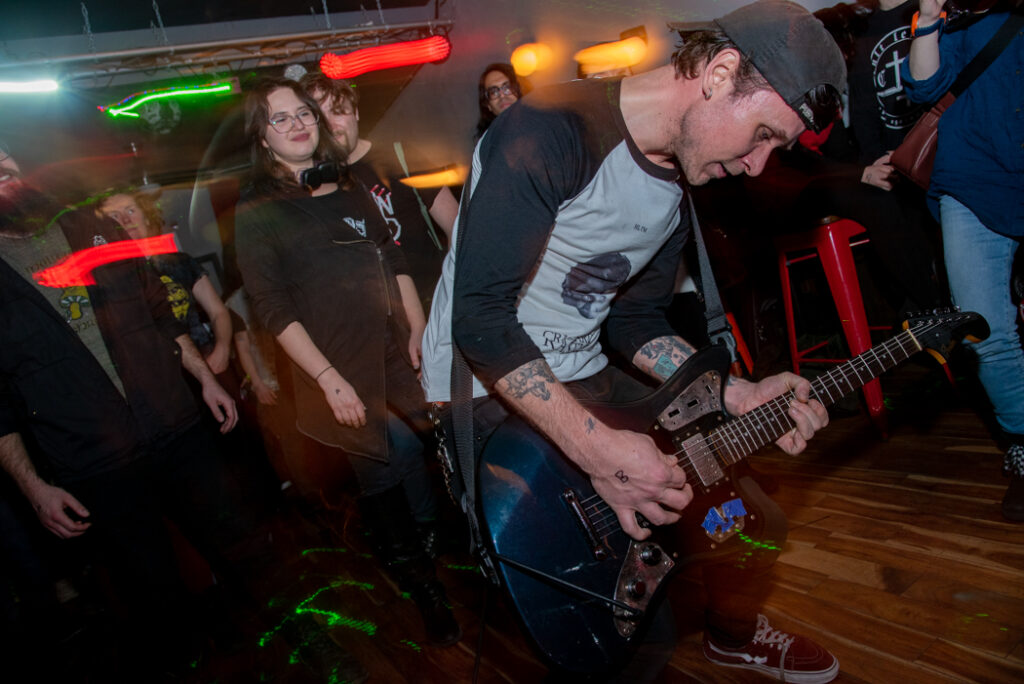 Borchardt takes the lead on vocals on many of the band’s songs, but on this track he is joined all the way through by bassist Alex Hoffman; the two singers bouncing off each other in a cat and mouse, call and response game, powerfully harmonizing together throughout. What I love most is that while they are singing at the same time, they are often not singing the same lyrics but- blink and you miss it- they will quickly join up on a phrase only to spring apart again, reminiscent of the best of Dig Me Out era Sleater-Kinney.

Musically, the choruses almost jump right out of the speakers to grab your attention; the extended bridge before the final chorus shows the band at its very best, running full speed ahead for an instrumental break that is hard hitting, catchy as hell, and undeniably super fun. In particular Hoffman’s strong bass chops are on display here, as he not only goes in tight on the neck to hit some soaring high notes, but for those you who aren’t eagle earred gear nerds, you might miss that he and Borchardt are actually trading back and forth on the lead lines. Borchardt takes first pass before ping ponging back to Hoffman who uses an effect pedal to achieve the lead simultaneously with his bass line; in fact, it is indeed him performing the main lead on bass throughout the entire track bolstered by the fuzz and buzz of Borchardt’s rhythm guitar. This might be the most clever approach to bass playing I’ve heard in a very long time and when I fully realized that that was what was happening at a live show, it took me a full five minutes to pick my jaw up off the ground.

The band has a slew of custom merch arriving along with the EP including limited edition guitar pedals, hot sauce, and even soap. And keeping in true infectious and unstoppable form, they are already writing songs for their next record which, if this song is the first taste of what direction it will go in, I’m confident in predicting that we are going to be in for one of the best records of 2022. 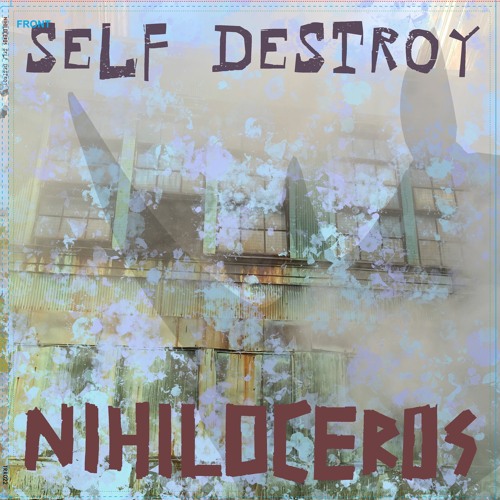 The cover of Self Destroy by Nihiloceros, complete with their logo made of duct tape, originally from their Warped Tour 2018 performance.

The full six song EP Self Destroy will release on September 17th on Totally Real Records. The music video for the song will premiere on August 10th.