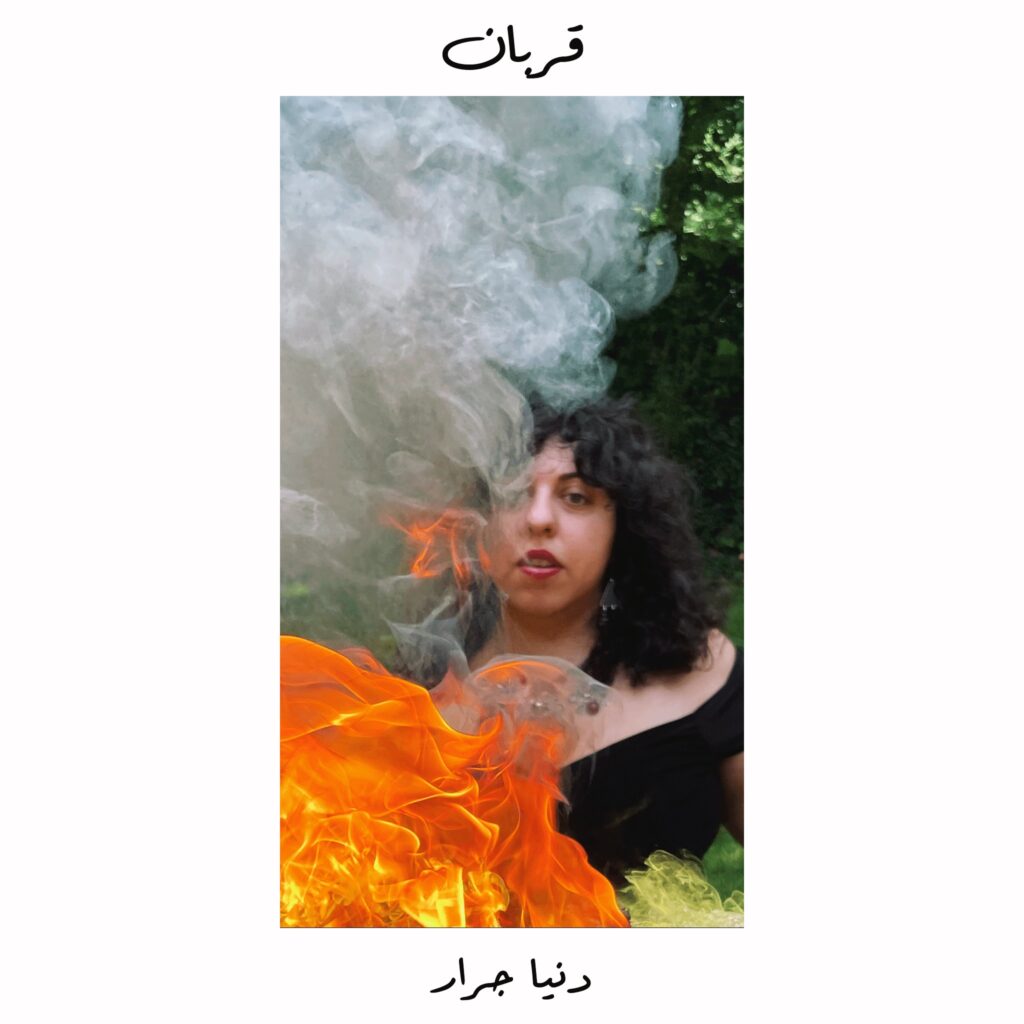 Donia Jarrar, the creative force behind Phonodelica, has dedicated much of her musical endeavors to uplifting and amplifying the voices of Palestinians and illuminating the harsh realities of their lives under brutal Israeli occupation.

“Offerings” is a stirring piano improvisation piece that is the first part of an upcoming project, “Into the Ether and Out of Our Anguish,” which will be a large scale collaborative effort of Jarrar’s solo piano improvisations along with a string quartet, field recordings, and testimonials from survivors of the latest Israeli assault on Gaza this past spring. The testimionials were collected by Shareef Sarhan and Rana Batrawi, both Gazans themselves. Jarrar plans to send these recordings back to people in Gaza as a form of healing. This brings to mind her previous project Seamstress which featured interviews with Palestinian women interspersed with her operatic compositions.

For “Into the Ether and Out of Our Anguish,” Jarrar was recently awarded the 2021 Palestinian Young Artist of the Year Award by the AM Qattan Foundation in conjunction with the Mosaic Rooms in London. The theme for this year’s award is “Divinations: The Art of Remembering The Future,” curated by novelist and writer Adania Shibli. It focuses on ways artists, academics, curators, historians and critics can work towards imagining a liberated Palestine, and is largely focused on process rather than outcome.

“When working on this set of piano improvisations and eventually transcribing them, I thought of them not only as offerings for the Gaza Valley and the wildlife that has gone extinct due to the brutality of the Israeli occupation, but also as offerings for the visitors of anxiety and depression which come into your life during times of healing,” Jarrar said. “A non-linear and repetitive process, healing requires a spiritual sacrifice and cleansing.”

She went on to say the piece was “Inspired by the five elements: air, water, earth, fire and ether, the sonic space in a future where Palestine exists outside of the boundaries and politics of nation statehood and of earthly, material alliances. Ether is the space where we come together amidst the constantly changing environmental forces to adapt and change with them, a place where residents value the natural world, rather than being neglectful and incredibly wasteful of its natural resources”

Jarrar plans to tie the Palestinian struggle for freedom to other struggles around the world by featuring different non-Palestinian artists throughout the project to forge “transnational connections between intercontinental struggles.”

“Offerings” itself is part of 45-minute improvisation that she may release in full in the future.

“Offerings” is available to purchase directly from Bandcamp and to stream on all major platforms now.