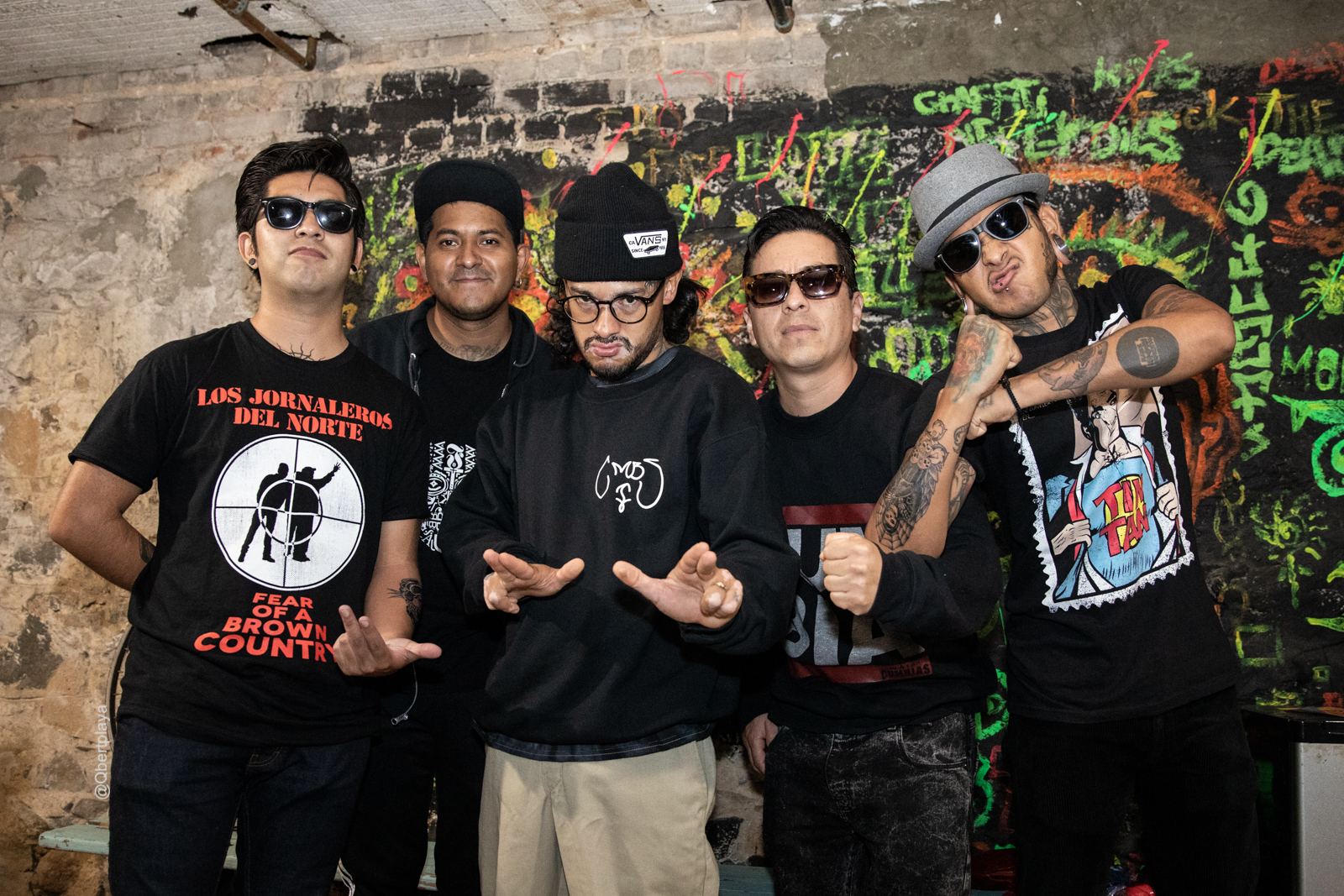 My concert pal Hewitt recently sent me a link to a video on YouTube of the Mexican band Son Rompe Pera, who did an at home pandemic performance for radio station KEXP. After watching this video, I was fully entranced by their blend of traditional Latin cumbia sounds with a punk aesthetic, and loved their high level of energy. My Spanish comprehension is muy poco, but when music is so good, it doesn’t really matter whether you understand all the words. Last weekend, the guys headlined the Barbès in the Woods festival up in Massachusetts. They followed up the festival appearance with a mini-tour of New York City. Last Monday, they played on the rooftop of Our Wicked Lady, and then scheduled a bunch of shows for this weekend. Unfortunately, their show for the Lincoln Center Restart Stages program on Friday night was canceled due to inclement weather. But lucky for me, they played the backyard of a house in Bed-Stuy on Saturday night as presented by Amanda’s Productions and Invitro Collective.

What an intimate and casual way to experience Son Rompe Pera’s music! They played a 45 minute set while crammed onto a stage about the size of a Range Rover in the corner of this backyard that even had an above ground pool! Kacho Gama on marimba and Mongo Gama on marimba and guitar led the way, joined by a third brother, Murfy, on percussion, and with Ritchie Lopez on drums and Raul Albarrán on bass. Their music kept the crowd buzzing and moving and I highly recommend catching them live if you can, or at least go binge on a few of their videos, including the clips I took at this show which are posted below. I had so much fun attending this random gig.

On Sunday 8/29 (today!) starting at 3pm, Son Rompe Pera will be headlining a free outdoor show at Maria Sola Community Garden, and on Monday 8/30, they will be playing two evening sets indoors at Barbès in Park Slope (which will also be available for streaming)

Scroll down for pics and some video clips of the show (photos/videos by Ellen Qbertplaya). 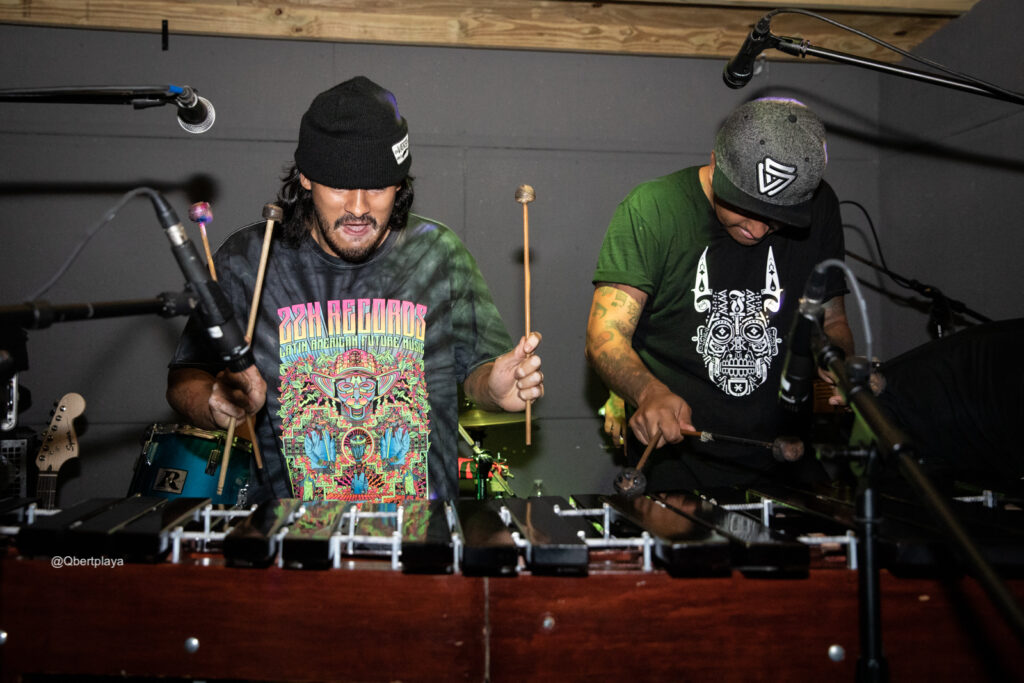 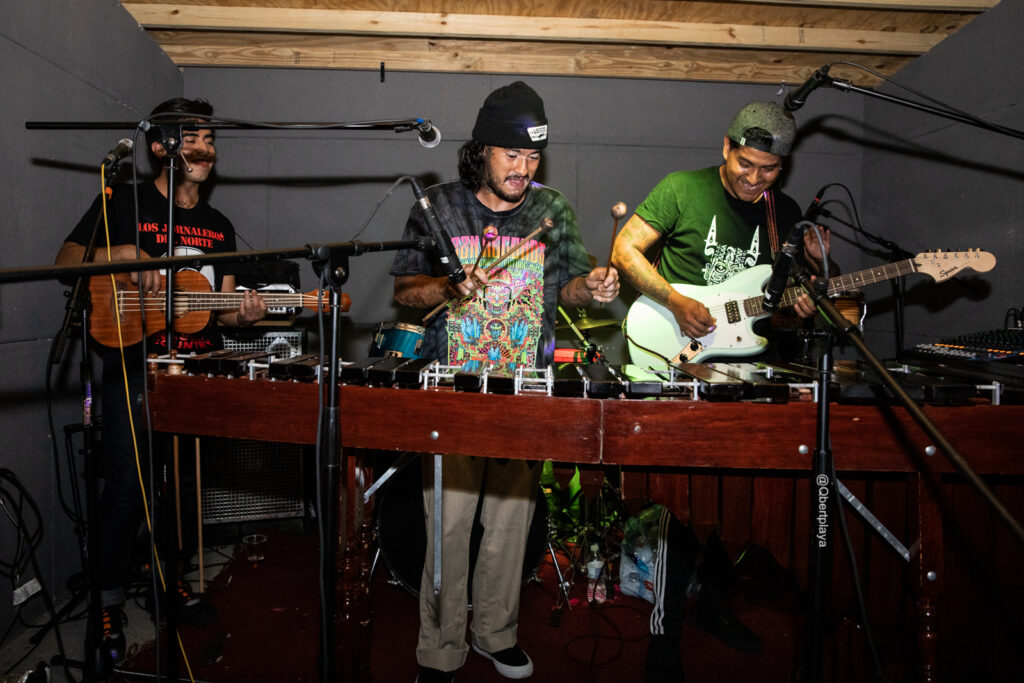 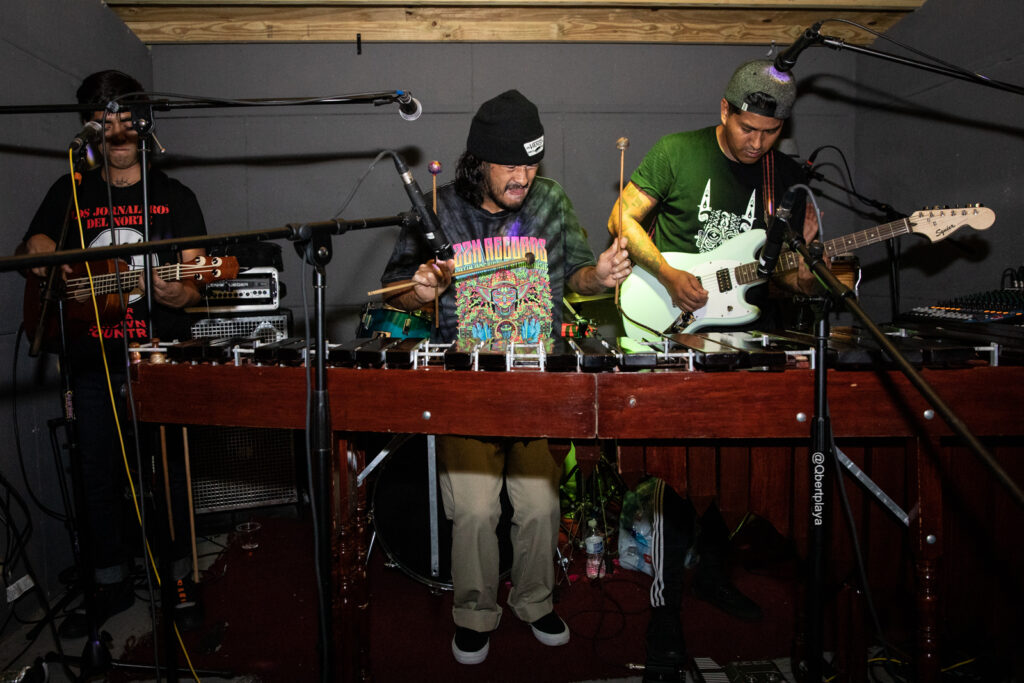 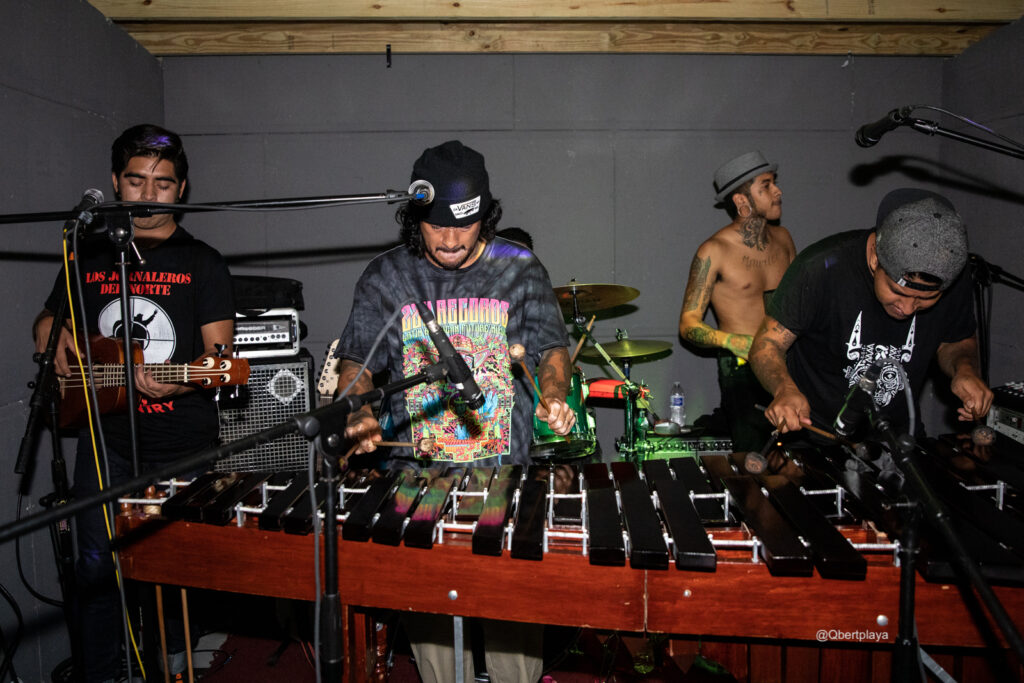 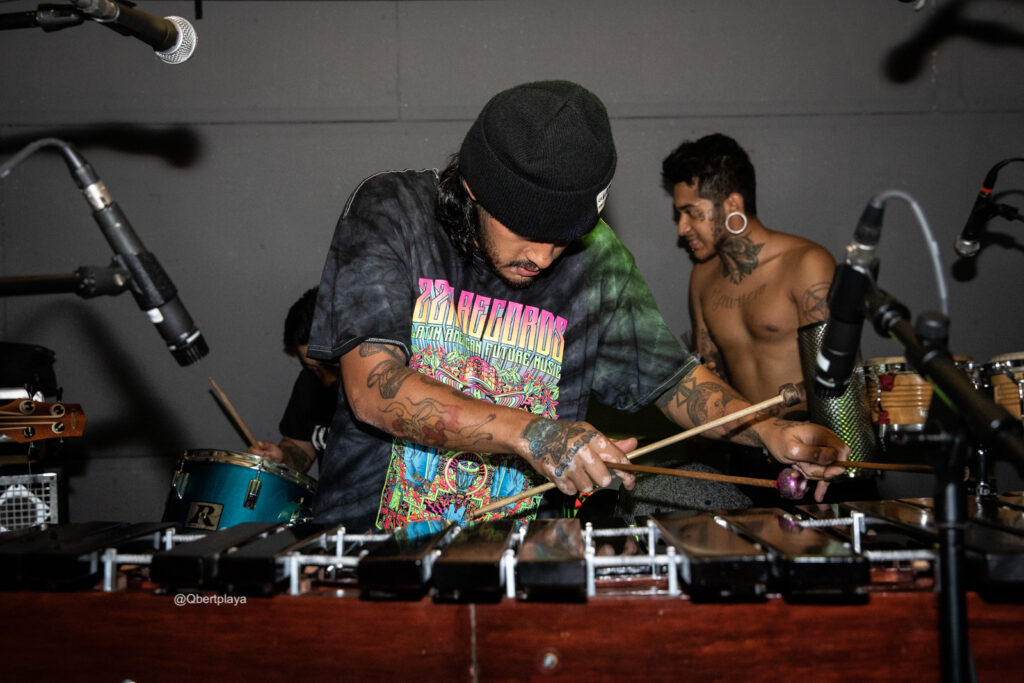 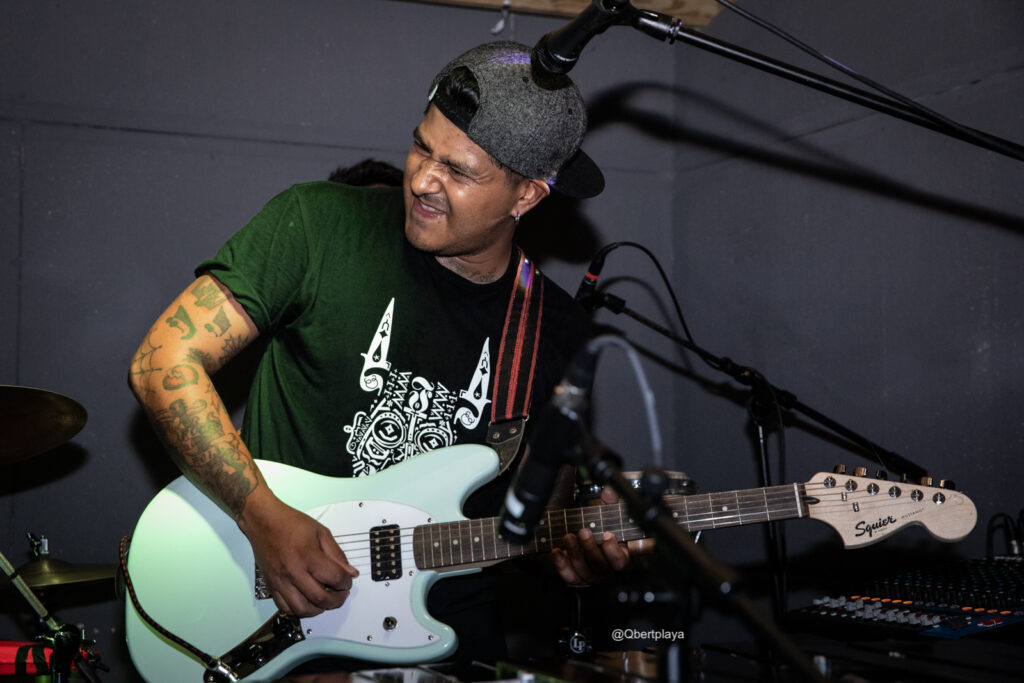 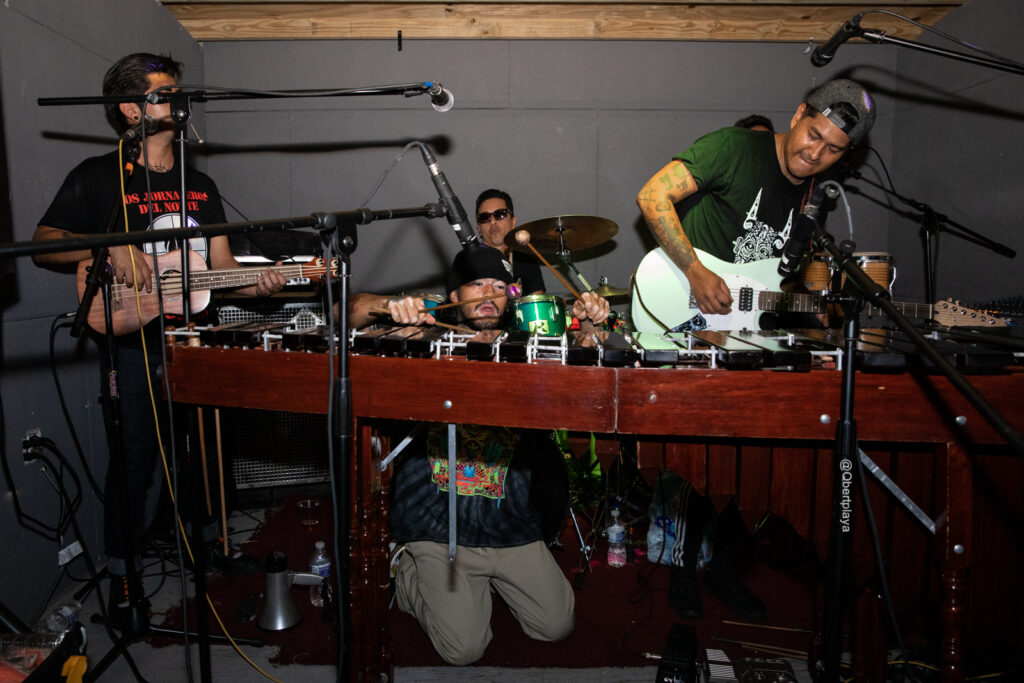 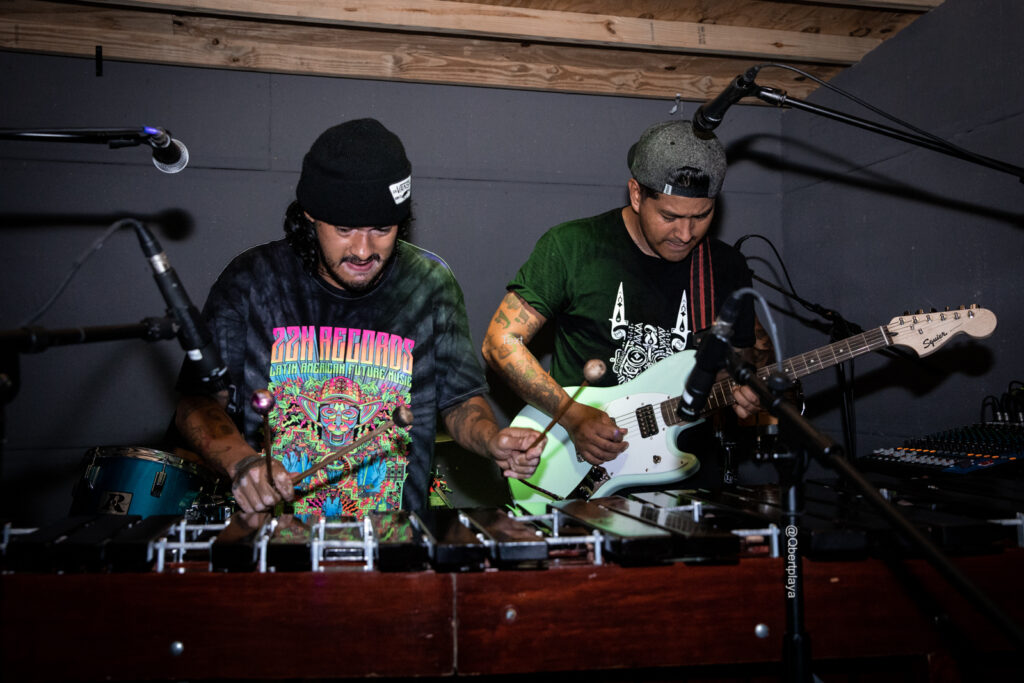 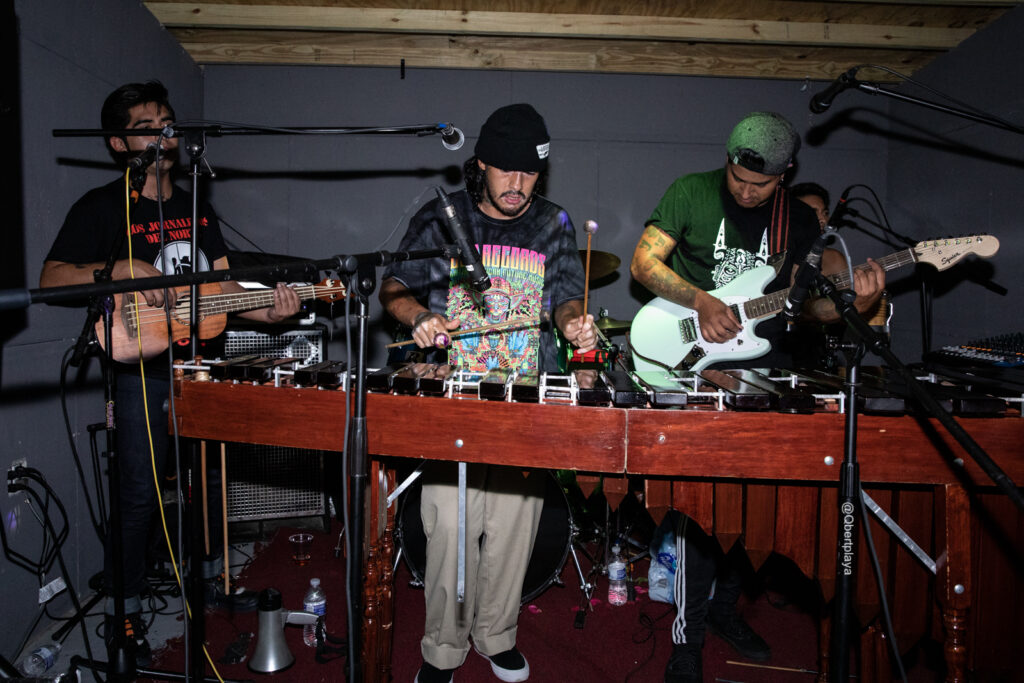 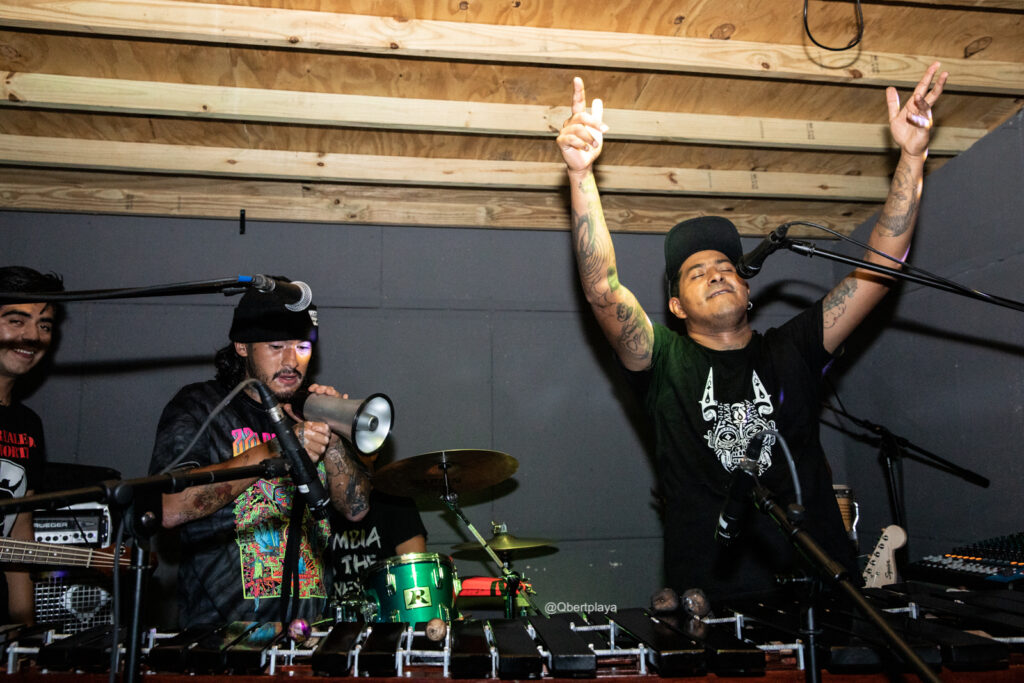