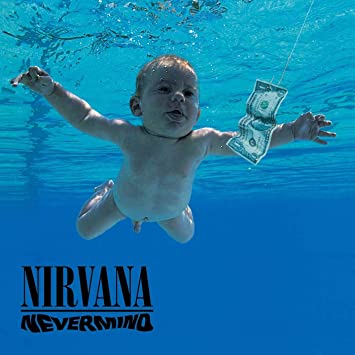 After the wild and excessive 1980s filled with loud clothing, crimped hair, and cheesy metal, things started going in an entirely different direction in the dawning of the ’90s. Suddenly from sleepy, rainy Seattle came this heavy music with a dismissive attitude and slacker aesthetic. People started wearing flannels and stopped washing their hair. Grunge had arrived.

On September 24, 1991, Nirvana’s second album, Nevermind, dropped which fully cemented grunge in mainstream culture. Kurt Cobain, Dave Grohl, and Krist Novoselic recorded an album with producer Butch Vig that proved to be both commercially successful and an inspiration to multiple generations of musicians. As the band’s debut on a major label (Geffen Records subsidiary DGC), the album went on to “dethrone the King of Pop” in January 1992 when it reached number one on the Billboard charts taking the spot away from Michael Jackson’s Dangerous.

It seems every musician and fan I know had a Nirvana moment. Here’s mine: I was 13 and helping my best friend babysit. She pulled out this cassette with a baby floating in a very blue swimming pool. “You have to listen to this.” When she pressed play, my earholes were filled with the most perfect aural concoction that gave voice to my newly acquired teen angst. 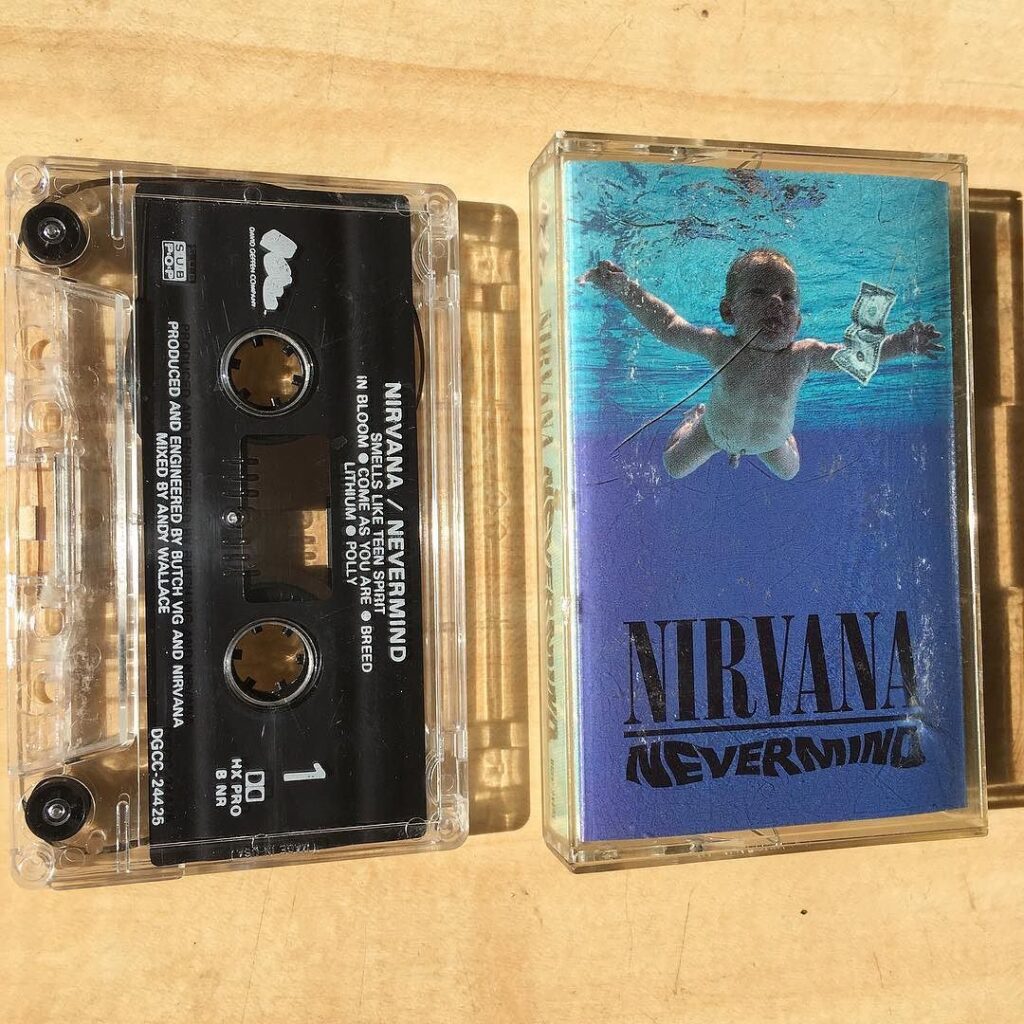 For the thirty year anniversary of that groundbreaking album I spoke with a slew of musicians who also had their Nirvana moment.

Both the song and video captured the essence of Gen X life, I think

“My friend got the single of ‘Smells Like Teen Spirit’ and he played it for me over the phone. And even hearing it through the phone blew me away,” said Jason Caperton, guitarist in The Library.

As of today, thirty years later, the anthemic song has over a billion streams on Spotify, a platform that didn’t even exist in the ’90s.

Taína Cojoba, vocalist and bassist for Invading Species, remembers moshing to the video for “Smells Like Teen Spirit” with her brother back in Puerto Rico when it came out. “I likely would have never admitted this back then,” she laughed. “In the 1990s I was staunchly anti commercial music (DIY or die!), so Nirvana was more of a guilty pleasure for me. I liked it because it was dark and sarcastic—not your common commercial love song by pretty people. Both the song and video captured the essence of Gen X life, I think.” 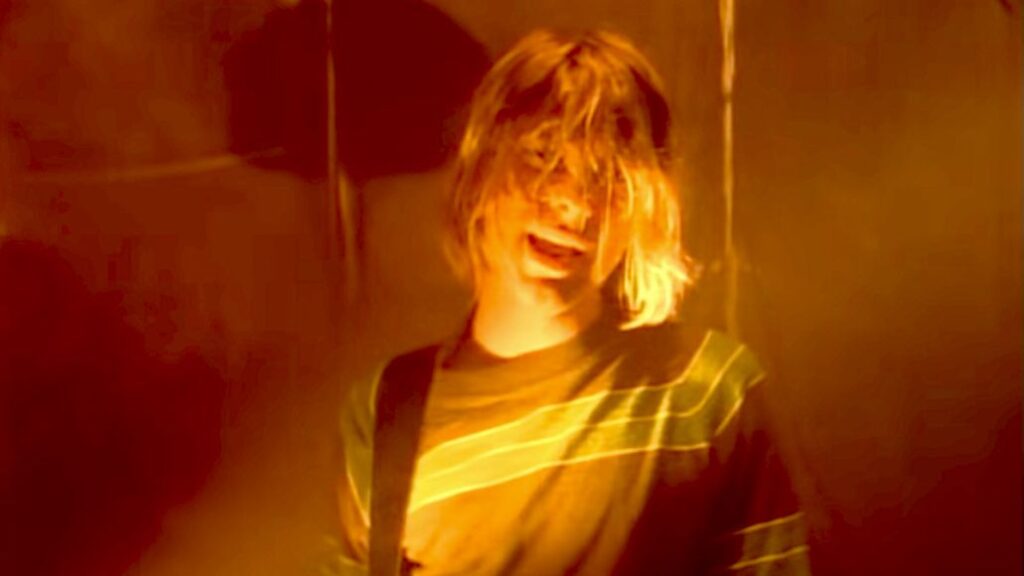 Still frame from the “Smells Like Teen Spirit” video

For those of us who felt like outsiders or misfits, music helped get us through it. Especially when that music was delivered in a delicious snarl with bouts of raspy screaming.

“I’m so happy, ‘cause today I found my friends, they’re in my head. I’m so ugly, that’s okay, ‘cause so are you, we broke our mirrors,” Cobain sang in “Lithium.” And we listened. And listened. And…

“I think I was either in 7th or 8th grade when I first heard the Bleach record,” said Tania Cross, a Brooklyn-based artist and bass player. “Back then all we did was traffic in over-dubbed tapes and I have no clue who turned me on to it, but I never stopped listening. Something about the songs and Kurt’s tortured voice really resonated with me at a time when I felt like I really didn’t fit in with the world at all—this would have been 1990 or 1991. I was very much a pubescent teenage girl stuck in Catholic school and Nirvana was sort of my gateway drug into riot grrrl music, which got me through high school and the fuck out of my home town. I had a dual cassette recorder that I kept on my bed under my pillow and I would listen relentlessly with my ear on the speaker, trying to decipher lyrics and figure out this new music from the West coast and my mom would barge in my room and scream at me for it—very Twisted Sister style!”

Cross went on to say that she feels so lucky to have seen Nirvana live during the In Utero tour in 1993.

“The band were these regular humans in front of me playing in this wild fantasy world with all of their own vulnerabilities and torn sweaters, and directing the crowd to treat each other with respect and dignity. I’m pretty sure I probably cried—I was 14—but it definitely was a game changer of a performance,” Cross reminisced. 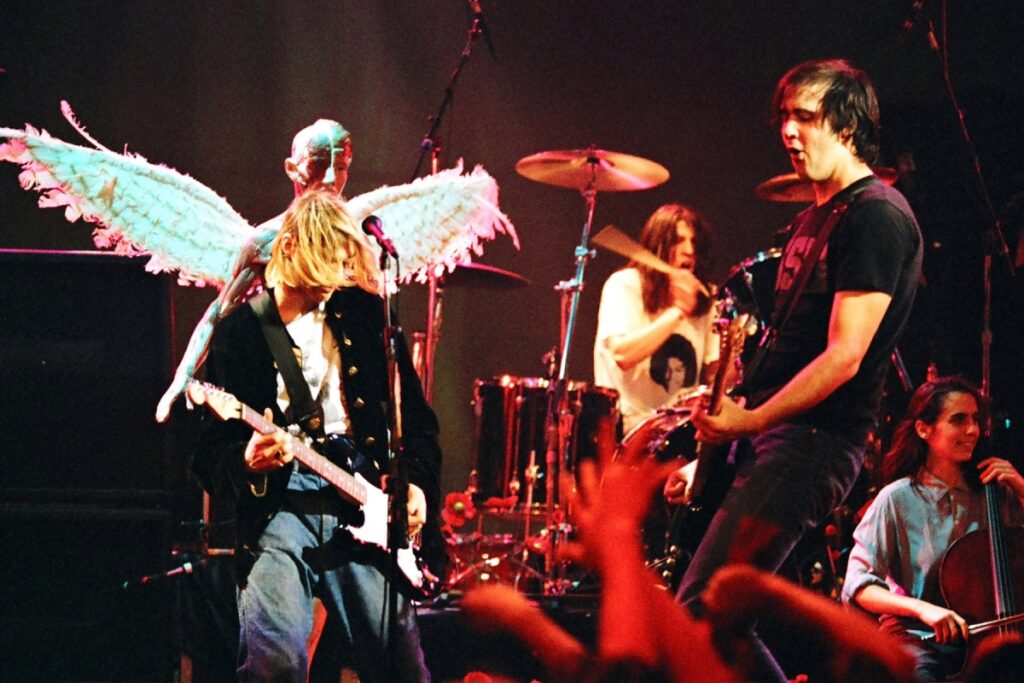 Steve Myers, vocalist for Mighty Fine, said he saw the hype build up over time. “In college I was working at a record store named Paradise in Baton Rouge the first time I heard of Nirvana. Around the time I was hired, the indie record snob kids were all about Bleach  and the buzz was at a slow and steady build. I remember the record being sloppy but relatable and, dare I say, a little funky for a hard rock/punk record. The band stood out to me partly because you could see the changing of the guard coming. Nirvana was relatable, knew how to pay homage to what came before, all while making their music seem new, rebellious, melodic and cool all at the same time which is hard. Then sprinkle a little indie rock attitude and the world goes boom.  It reminded me of when RUN DMC made dressing like Grandmaster Flash a thing of the past seemingly overnight.”

“I remember the first time I heard Nirvana on the boombox in my older sister’s room. I felt the wildness of the music, how it raged against conformity, without having any of those words. Still a kid, I felt the feelings within Cobain’s guttural snarl, heard him protest against the superficial surfaces of easy sentiments. I lived in suburbia, and Nirvana opened a door for me to an alternative understanding of that white picket-fence culture. Songs such as ‘Polly,’ ‘Rape Me,’ and ‘Heart Shaped Box’ gave voice to the violence and the trauma which lived within us. I was almost afraid to listen to those songs because I knew that darkness felt real—and was part of me. Today I respect Cobain’s courage in expressing the dissonances and conflicts that exist beneath our relationships and identities. Nothing about Nirvana is ever easy or expected,” Klein said. 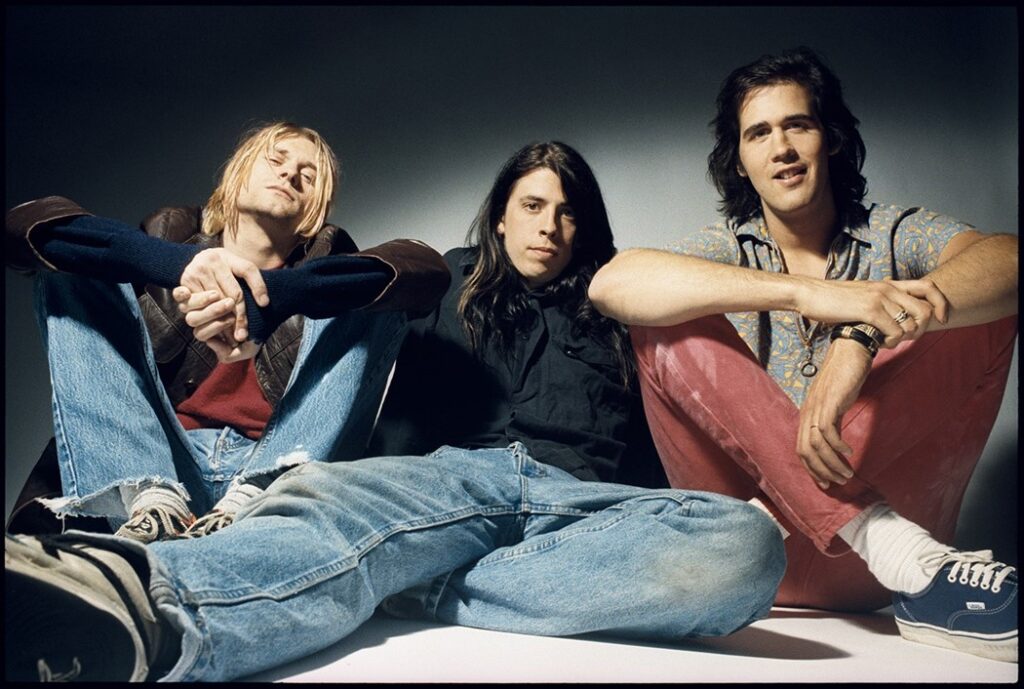 We can’t talk about Nirvana without talking about that very sad day in April 1994 that Kurt Cobain passed away by suicide at the age of 27, leaving behind wife Courtney Love and their baby Frances Bean Cobain. Most Gen Xers and older millennials remember the moment they found out about his death. For me, I was in the backseat of my father’s car with two friends on the way to see a movie in Myrtle Beach. We had the radio tuned to the alternative rock station and that’s when the DJ broke the news. My friend Adam began sobbing and my other friend and I were just stunned. It felt like one of our own friends had died. 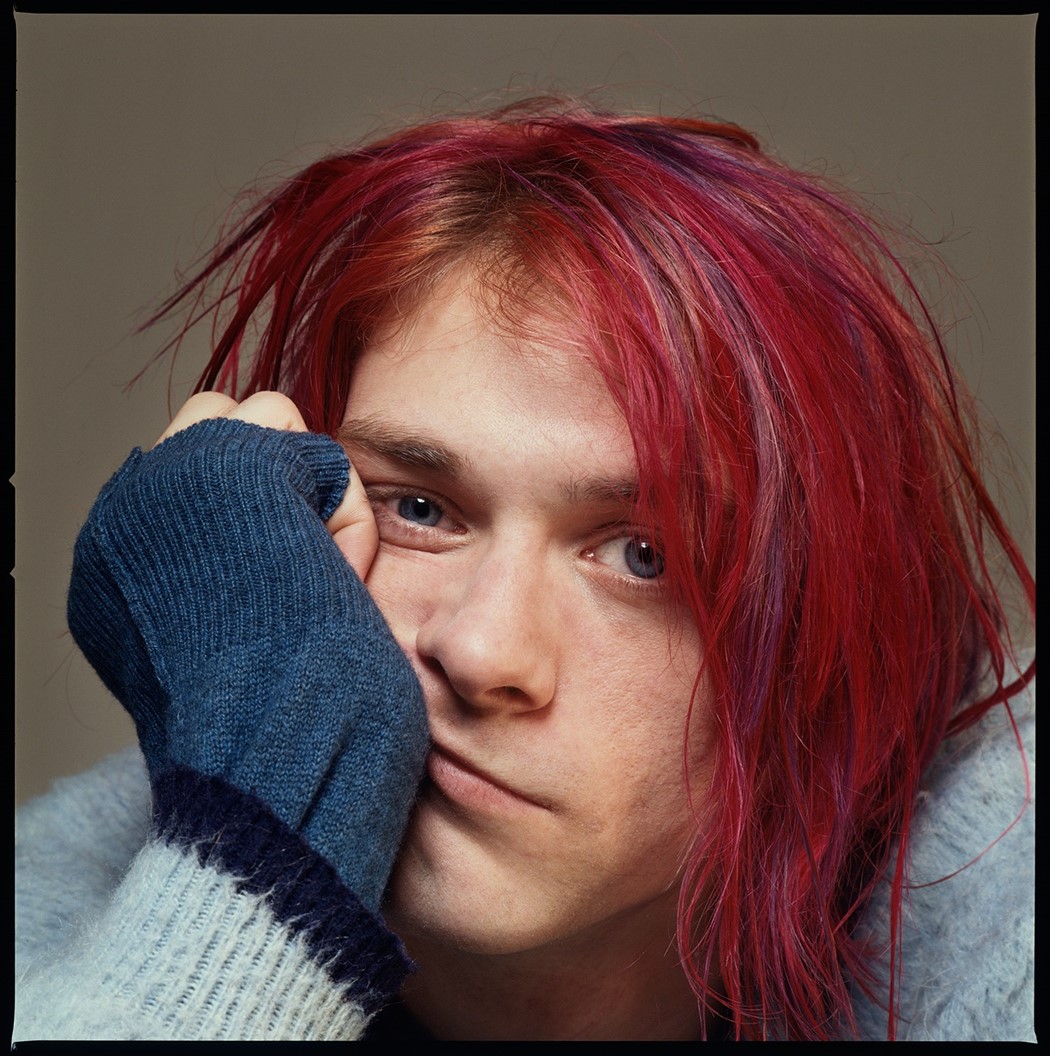 Jamie Frey, vocalist for NO ICE, said Cobain’s body was found on the day of his 8th birthday although he wasn’t entirely aware who Nirvana was at the time. It was later that he began listening to them, first on the radio, and later when he was able to buy his own CDs.

“I can safely say that you’d hear a song from Nevermind just about every hour of radio programming. In that alternative format, Nirvana was The Beatles or Pink Floyd. Totally ubiquitous. I started picking my own CDs and eventually I bought the one with the baby on the cover and listened to it 8,000 times,” Frey said. “I feel like I can recount every second of the album in my head perfectly, I’ve heard it so many times. It is the sound of a breakthrough of a young rock band to a young rock fan, and like most rockers my age, it is an essential part of their origin story. Now, at 35, I’ll take Hole’s Live Through This any day of the week, but as an adolescent boy it was a whole new universe to me.”

Kurt Cobain’s relationship with Hole’s front woman Courtney Love was also part of his mythos. I vividly remember staring for what felt like hours at the photo of Cobain and Love on the cover of Sassy Magazine. While Love has been vilified and even accused of murdering her husband, it seems to me that they were both people battling addiction and various physical and mental problems. The month before Cobain died, he had gotten out of rehab. He also suffered from depression, chronic bronchitis, and an undiagnosed stomach condition that caused him intense pain. 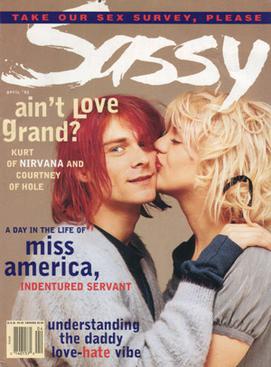 But in the short amount of time he had on Earth, he touched countless fans leaving a legacy that we’ll be talking about decades to come.

“To this day Nirvana has always stayed with me,” said Tania Cross. “I still listen to them regularly. I do wonder what records could have been made if Kurt hadn’t died, but I’ve never begrudged him for leaving when he did. I’m forever grateful for all the other bands he turned me on to through covers and interviews and his enthusiasm and love of music.”