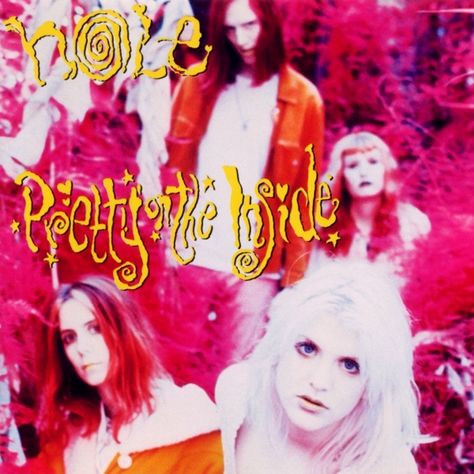 Hole- Pretty On The Inside

It’s impossible to overstate the influence Pretty On The Inside had on me as a musician. Of course Live Through This is a masterpiece, with Courtney’s abrasiveness set against gorgeous melodies that break through the distortion, and mature songwriting skills from her and guitarist Eric Erlandson. But I already knew that melodic and loud was a possibility. From the start, I was drawn instead to the grittier side of Hole. Lucky for me, the very first time I heard them was on the “Violet” CD single, which in addition to the classic A-side contains a live rendition of “Whose Porno You Burn Black,” (a tweaked version of the end of “Burn Black,” a single track from 1991.) “It’s all whores, it’s all pain, it’s all disease man, it’s all the same!” Courtney screams, and I immediately knew I needed more of that raw version of Hole. Sure enough, there was more of that on POTI — within the first five seconds, in fact, as “When I was a teenage whore” comes grinding out of the speakers.

The rhythm on POTI is brutal, the guitars a slash of sonic meanness. Produced by Kim Gordon, (a piece of trivia I was proud to know and tell all my friends) and Don Fleming, it features a different lineup than what many people consider classic Hole, featuring Caroline Rue on drums and Jill Emery on bass — and with a different rhythm section, the vibe is very different, jumping along rather than gliding as on later Hole releases. The music can be derivative in places, but we forgive the blatant rip-off of Bauhaus’ “Dark Entries” in “Mrs. Jones,” because who doesn’t want to shred those four descending chords while growling “cry me a river baby, just take me home.”

And it was vulgar. Holy shit was it vulgar. Abortions, jizz, blood, fucking, spread legs, dicks, no punches pulled, many punches thrown. There are other female fronted bands with obscene lyrics, but so often they are (very fun) taunting call out songs. That is here as well, but much of the vulgarity was internal. Courtney’s lyrics involve milk, disease, being gross, being in a weird body. I’ve heard people wonder (cruelly) what Kurt ever saw in Courtney. Have you looked at their lyrics against each other? These are two deeply weird people. Of course, when a man does it, it’s artistic and poetic. The collage-style artwork of the album and Hole flyers of the time also hammered home the ‘beautiful-turned-ugly’ aesthetic. 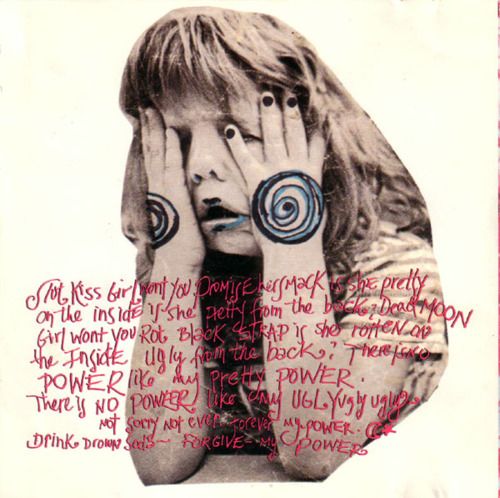 Sometimes people ask me how I can enjoy Courtney’s music, when she herself is such a messy person and has said some very strange and fucked up things in her time. “I’d love to have a drink with her, I’d never lend her my guitar” is what I like to answer. In the days before the internet was Everywhere, and we were trading bootlegs through the mail, I didn’t have every little thing she had ever said or done laid out in front of me. I had the music of a woman who had obviously Seen Some Shit and was absolutely not afraid to tell you about it, and she wasn’t going to get her point across in weeping acoustic confessionals.

Live footage (once only obtainable through aforementioned trading circles and eBay, now easily found on YouTube) reveals the rawness of these tracks even better. In particular I’d like to recommend this show from Boston in 1991 (watch out for the ‘artistic zooming in and out’), and this early 1990 version of their later-polished cover of “Gold Dust Woman.” Courtney is aggressive as she delivers these songs, a quality she never lost, even as Hole became a glossier sounding band. On stage is where all artifice falls away. (On stage and in cars – and good god does POTI absolutely RIP when coming out of a blown aftermarket sound system in a Buick Skylark; I was once mentioned in a local zine for doing just that in our high school parking lot.)

Which brings me to my bias: I like to think I have a special window into the feelings Hole songs, and especially the ones on POTI, evoke, because I have performed in a Hole cover band, Teenage Whores, for the past seven years. (Nothing is funnier than telling people you are a professional Courtney Love impersonator.) But I don’t have a monopoly on them. Watching over a hundred people scream “is she pretty on the inside, is she pretty FROM THE BACK?” thirty years later is a testament to the staying power of this album. The fact that it’s usually a majority non-cis male audience that comes to see us speaks volumes as well. The expectation to perform attractiveness in a society-approved fashion is something I think they all understand. Courtney didn’t perform it — she was vulgar, and strange, and exorcised her demons (or rallied them around her) in public for all to see. She was crucified for it.

In 1991, Pretty On The Inside was a revelation, and it remains so to this day. 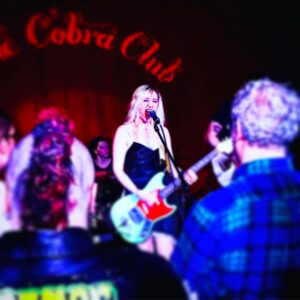