Q & A with Peter David Connelly of The Mona Reels 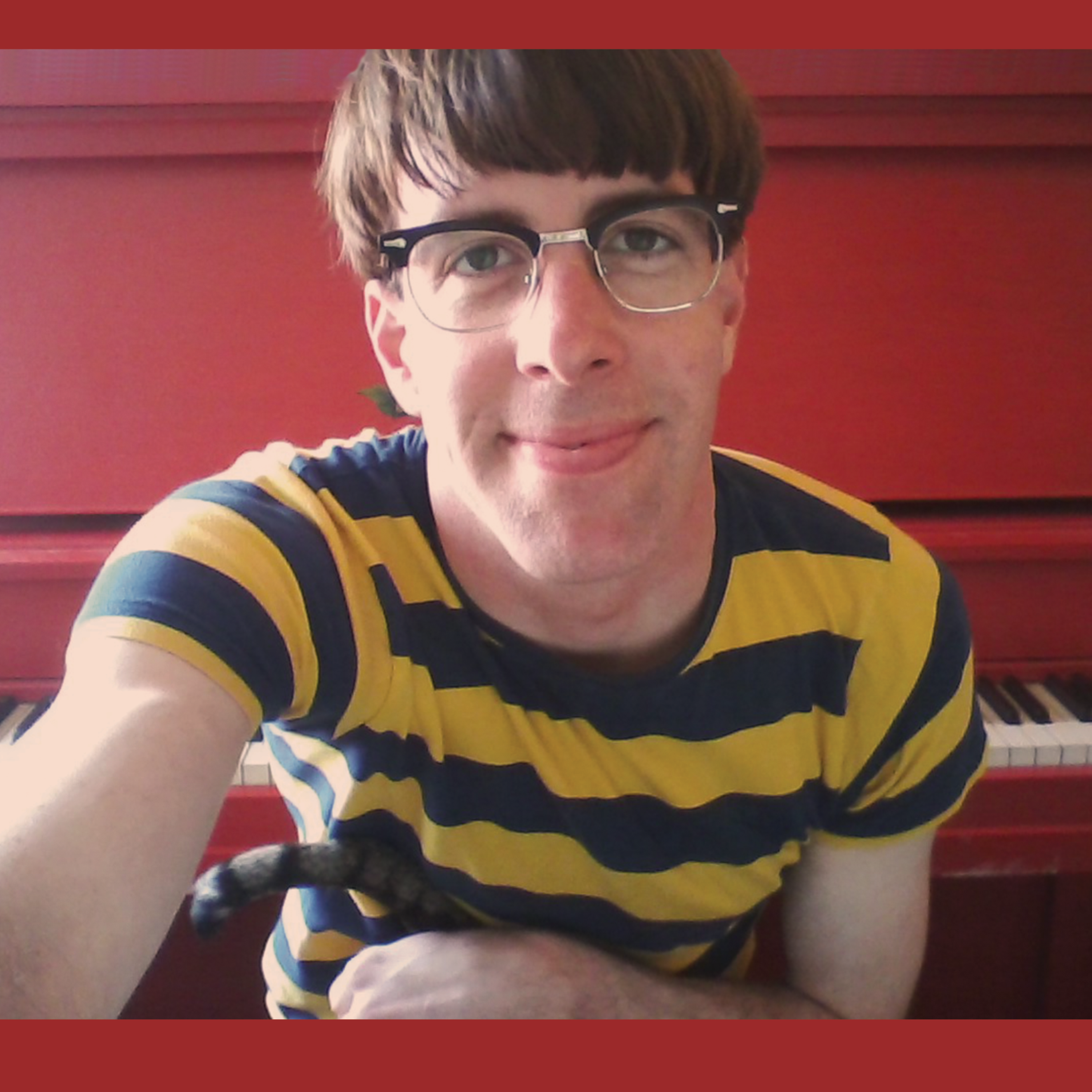 Multi-instrumentalist Peter David Connelly began recording Without Love for college credit at the famously non-traditional Evergreen State College in Olympia, WA. But like so many things, the project was interrupted in March 2020 by the pandemic. He had a decision to make—DIY or die. Okay, not literally die, but he would have had to abandon the project or do it on his own without access to the college’s state-of-the-art equipment. And so, with a portable Tascam in the back room of a used clothing store, he embraced the warm and intimate music he could create in solitude.

Check out the new video for “Someone To Hang On To” directed by Jolie Maya-Altshuler and the Q&A with Connelly below.

What was it like to have your recording sessions interrupted by the pandemic and what was the decision like to work on your own? What was that transition like?

I knew that I was going to be working on my own for the majority of the record anyway, but it was very frustrating that I wasn’t able to do more on campus. The only performances that I got at Evergreen were the drums on “Slow Goodbye” and the lead vocal on three songs, and everything else was done in my apartment or my rehearsal space. The other effect of the pandemic was that I had less guest appearances than I had initially planned, especially vocals. But hopefully that can be rectified next time around.

Did you have much experience with home recording and producing?

Oh definitely, although my skill set as an engineer is rather limited. Sometimes I think that’s not necessarily a bad thing, because so many modern records have this normalcy to the way they sound that I don’t care for. I want to improve my skills, but I don’t want to learn the rule book. I’m more interested in doing odd things like the end of “Thought Maybe I’d Place My Soul to the Devil,” with four distorted drum sets bashing away like crazy.

Which instruments are you most comfortable with? Did you learn to play a new instrument or did you try new techniques while recording this album?

For the most part I’m a drummer, and that’s always the instrument I’ve been the most comfortable with. I didn’t really learn a new instrument, but there are always unusual recording concepts that I try to achieve, like the two out-of-sync drum machines in “Fingerprinted,” or the twin guitar leads that close the record. Also if you listen really closely you can hear my cat meow at the very end—that was a happy accident. 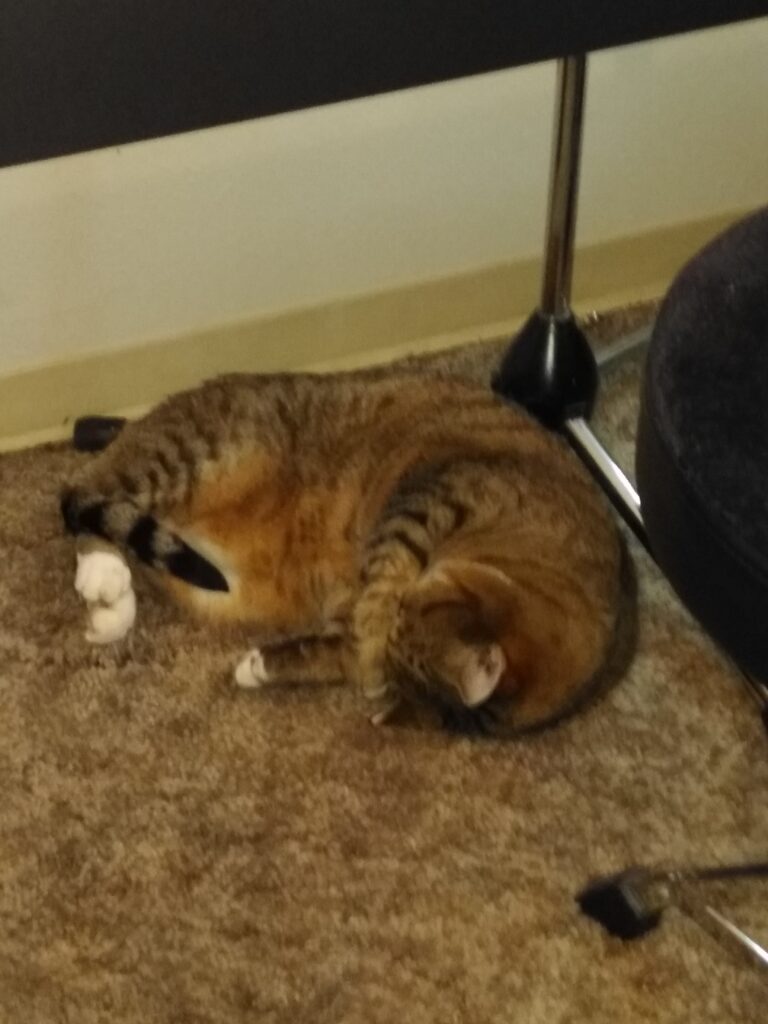 Was the pandemic a more creative time for you? I’ve heard mixed things from different artists about how they experienced the pandemic.

It certainly was—I haven’t written a song since I got vaccinated! I’ve noticed that I get a big burst of songwriting activity every time something shocking or frightening happens, and Covid was and remains very shocking and frightening. There were also several songs I wrote around the beginning of the pandemic that I didn’t put on the record, for one reason or another.

I understand what you mean! Can you tell me about the recording of “Someone to Hang On To?”

That one took forever! I must have done ten separate sessions over the course of the whole record just trying to get a rhythm track I liked, and “Someone To Hang On To” was one of the first songs attempted but one of the last completed. Every time I thought that I had a good take it ended up too fast, or I didn’t like the feel, or the drum sound wasn’t right. But I’m glad it took so long, because the final version sounds much better rehearsed than it would have been otherwise.

Did you play all the instruments on “Someone To Hang On To?” With backing vocals by Giselle Gabrielle?

Yes, that’s correct. I rehearsed it with an outside guitar player and bass player, but because of the pandemic I ended up playing those parts myself. That ended up being true of most of the album, actually.

Can you tell me a little about creating the music video?

That was really Jolie’s project more than mine—some of the footage I wasn’t even present for, and I haven’t even met the majority of the people in the video. My main contribution was that I wanted to be seen playing the Glockenspiel part in a variety of bizarre places, like those shots on the beach.

Do you have any performances planned?

I had a couple last month but there’s nothing else set up at the moment. I’m not comfortable inviting people to an indoor concert where they don’t have to show proof of vaccination, so touring isn’t really possible right now. I plan on doing at least a West Coast tour in Spring 2022.

How do you perform these songs live since you play most of the instruments on the recording?

I’ve played some of them at shows, but a few of the tracks were so spontaneous that I would have to relearn them—I would have no clue how to play “Before College,” for example. The plan is to get a rhythm section and I’ll play piano, but some of the songs wouldn’t work with drums at all. I never think about these things when I’m recording. I never see myself onstage delivering the material until it actually happens.

What are you studying in college and what do you hope to do with your degree?

That’s a good question. Although I’m enjoying my time at Evergreen, I have no idea how it’s going to prepare me for the job market (shudder). All I want to do is keep making pop records.

What is the scene in Olympia like these days? Do you have a close-knit group of people to collaborate with?

It’s taken a big hit due to the pandemic, like I’m sure most places have, but there are always a few cool bands around. There’s a band called Thin Veil whose record I play over and over. Cold Sweats is an exciting, New York Dolls-style rock ‘n’ roll band. Jessie Branch has the sickest set of pipes Olympia has ever heard. And Table Sugar was my absolute favorite, but I think they’re over now.

Did music venues and record shops in your area survive the pandemic?

The one record store survived. Maybe half of the venues did. But Olympia has always put on a lot of house shows, so proper venues aren’t really the only option. Hopefully there will be more of those once people start becoming more comfortable indoors.

What’s next for you creatively?

I really want to make a double record, since I was a teenager that’s been a real ambition of mine. Todd Rundgren’s Something/Anything? has always been a template for the double album I aspire to, but it would require an enormously prolific period for me songwriting-wise to make a record that could even potentially hold a listener’s interest for 80 or 90 minutes. I also want to make the process of songwriting more loose, and not think about verses and choruses as much. More instrumental passages, and more weirdness. Pop music is often so sterile these days, especially guitar-oriented bands. I don’t ever want to do anything that negates my identity as a fucking weirdo.

Without Love is out now via Bandcamp