Zorked (adj.) – what happens when you end up thunderbaked, as in extremely stoned–or in any situation where you feel not sober. You can feel so tired you’re zorked.

The dictionary-style entry for the title of Julia Shapiro‘s latest solo effort, Zorked, defines the word but also goes a long way toward previewing the feel of the album. There is a stoner feel about the record — not as heavy as stoner metal, or as meandering as psychedelic rock, but somehow fitting right in with those two genres while not belonging to either of them. Rather, the music here can be loosely classified as shoegazey-dream pop.

Shapiro is well-known as a multi-instrumentalist, singing and playing guitar in Chastity Belt and Childbirth, and drumming in Who Is She? Her first solo record, Perfect Version, came out in 2019. After eight years in Seattle, it was time for a change, and Shapiro moved to LA…in March of 2020, which had to be a disorienting and isolating experience. 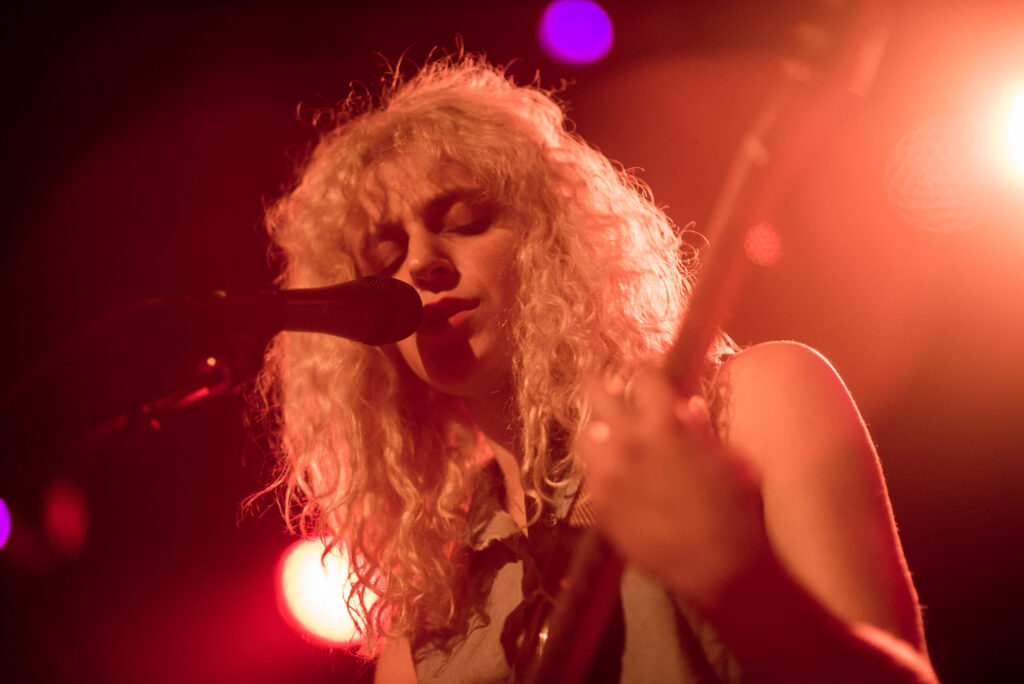 From the outset, Zorked has a dark tinge, with the lead track “Death (XIII)” beginning with throbbing guitars and Shapiro’s voice echoing out from behind them: “This is the end.” But overall, the record is less ‘apocalypse’ and more ‘never-ending sigh.’ In “Hellscape,” the verses speak of unpleasant, edgy boredom: “Wake each day / stare at my phone / the burden of being alive” and “take a walk / call a friend / the burden of staying awake.” It’s a combination of laziness and anxiety I think is extremely relatable.

Not everything is distortion; some tracks show a folk influence, and are suited to the woods. There are tremolo-laden solos (”Someone”) a spoken word track (”Reptile, Reptile”) and really interesting chord progressions (”Do Nothing About It.”) With no tracks over five minutes the record doesn’t get bogged down.

If a city is a sound, I didn’t really hear LA in this record, at first, until reading the press release for the album via her Bandcamp which calls it “a wasteland melting in slow-motion,” and that I definitely hear. Where Perfect Version was less heavy, more of a romp, these tracks feel endless. Not meandering, but without firm resolution. And that’s a perfect analogy for life these days — stoned and trying to figure out a direction, while waiting for the other shoe to drop.

Zorked is out now on Suicide Squeeze Records, and you can check it out on Spotify or Bandcamp here.