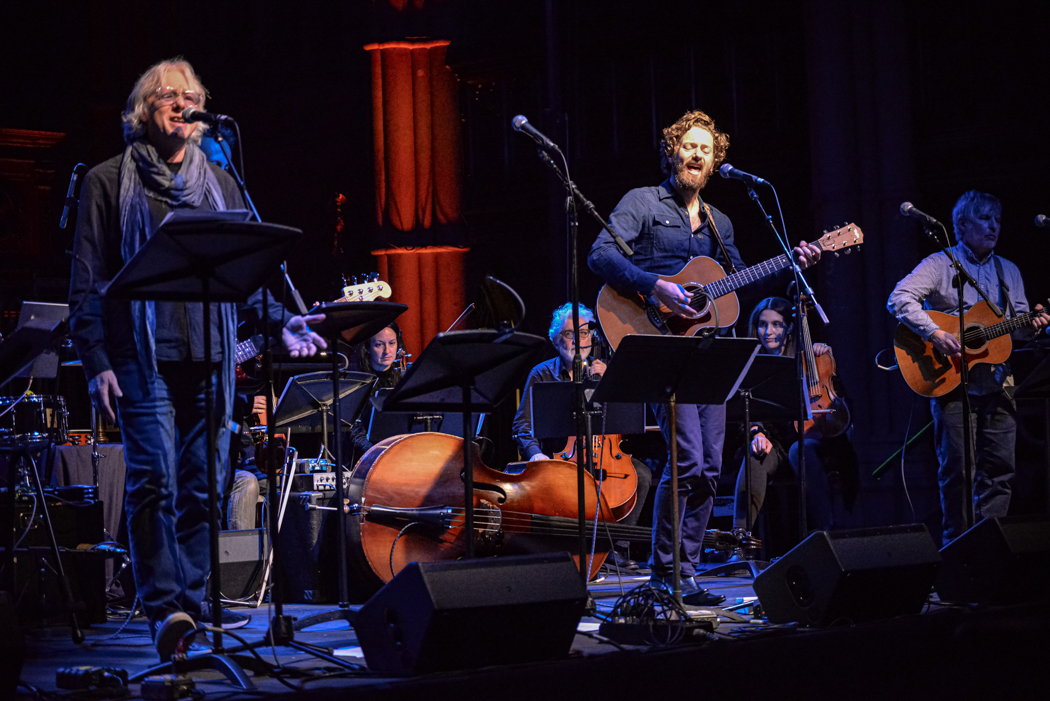 The historical musical landscape of rock and rock is strewn with the bodies of tragic figures who for countless reasons were chewed up and spit out by the ruthless business machine known as the entertainment industry. Making it in rock and roll often has nothing to do with a band’s or individual’s actual talent, but so often is just a matter of timing, being in the right place at the right time, or just plain old having the stars align at just the right moment. Alex Chilton and his band Big Star are one of those tragic rock and roll figures. In fact, if Webster’s dictionary had an entry for “tragic R&R figures” there would be a picture of Alex and Big Star right there with it. Virtually every “college radio” artist from the 80’s and 90’s owed a debt to Big Star. There might not have been an R.E.M. or a Replacements (to name just two) without there first being an Alex Chilton, a Chris Bell, a Jody Stephens, an Andy Hummel, or to put it plainly, a Big Star.

Let’s be clear right from the start however – Big Star, while certainly a collaborative effort, the true creative force of the band was none other than Chilton. After joining the Box Tops in the mid 60’s and experiencing the worldwide smash hit “The Letter” as a mere 16 year old, Chilton and the Box Tops went on to enjoy real success with numerous AM radio hits before they decided to call it quits in 1970. The Box Tops split up in ‘71 and Chilton hooked up with Chris Bell who he knew from his work at Memphis’s Ardent Studios. Bell already had the makings of a band along with Jody Stephens and Andy Hammel, but once they invited Chilton to join, Big Star was officially born. They quickly hit the studio and recorded their first LP, #1 Record which was released in early ‘72 on (cash strapped) Stax Records to great critical acclaim. But largely due to poor (almost non existent) marketing and distribution, the album failed miserably in the sales department.

1974 saw the release of Big Star’s second album, Radio City, which was again met with great praise from the music critics.  The album was recorded for the most part as a three piece  because, although he wrote some of the songs on the album, Bell had quit the band largely due to personal issues pertaining to drugs and mental health. But alas, just as #1 Record had failed to generate sales, so did Radio City. This despite glowing reviews which praised Big Star as a band to be paid attention to. The only trouble was, the record buying public continued to ignore the band.

Late in 1974, saw the band return to the studio to record Third. Once again, the album received glowing reviews from the press. Rolling Stone went as far as to call it a masterpiece.  ut for reasons which alluded and confused the band, the public (at the time) continued to ignore the band and its recorded output. Big Star called it quits after Third was a commercial failure.

Big Star came back almost 20 years after the release of Third with a new lineup which included Chilton and Stephens along with Ken Stringfellow and Jon Auer from the Posies (another one of those bands which we probably wouldn’t have had if it weren’t for Big Star). This iteration of the band finally recorded a fourth album in 2005, In Space. During Sunday night’s tribute Jody Stephens recalled a moment from the band’s 2005 tour in support of In Space where Chilton introduced a song saying, “This is from our new album. You’ll probably hate it but don’t worry, 30 years from now you’re going to love it.” And that unfortunately was the story of Chilton and Big Star, the band nobody appreciated in real time but still the band that spawned a legacy unparalleled by virtually any other in history.

So that is basically the backdrop for Sunday’s wonderful tribute show which was put together and largely conducted by former Db’s frontman, Chris Stamey. Stamey along with Mike Mills (REM), Ira Kaplan (Yo La Tengo), Jody Stephens, Brett Harris and Charles Cleaver (Big Star’s Third), Skylar Gudasz, Crispin Cioe (Uptown Horns) and the Occasional String Quartet came together for an evening of song and stories to commemorate what Big Star so gloriously left us with. 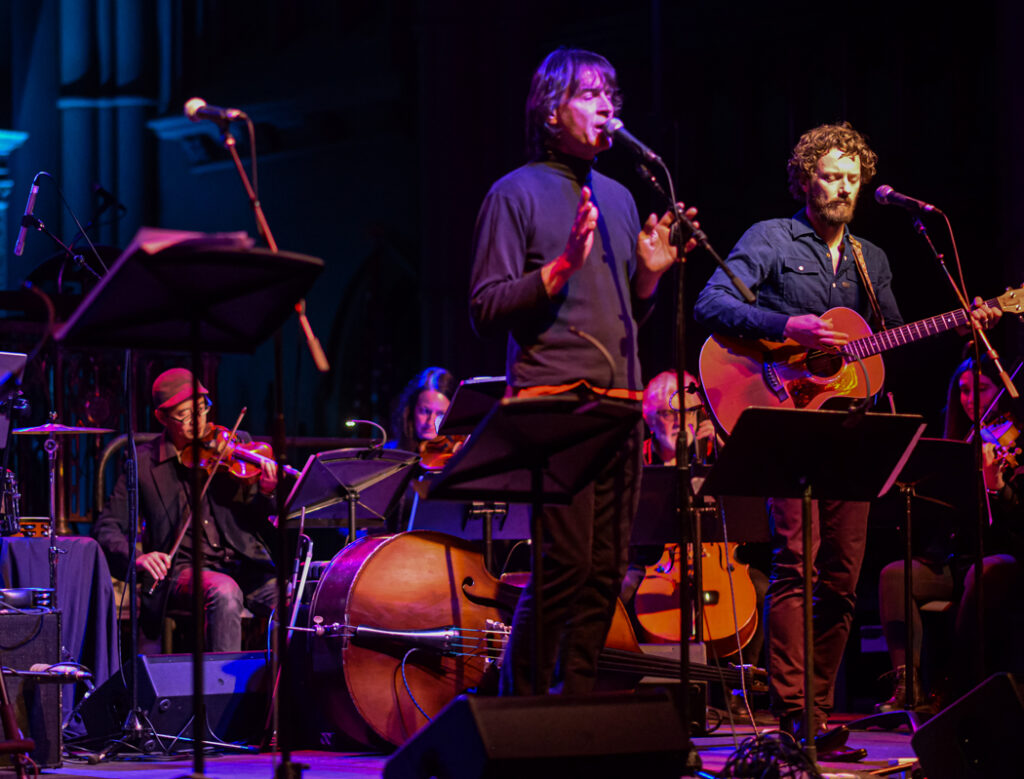 The evening was comprised of two sets and started off with Harris singing “I’m In Love With A Girl” with accompaniment from Stamey and Harris on acoustic guitars. With the band members alternating vocal duties from song to song and the gorgeous backdrop of St Ann’s Church, the feeling throughout the evening was truly otherworldly. The first set was a perfect cross section of songs spanning the group’s career including “India Song” from #1 Record, “Daisy Glaze” from Radio City, “Kanga Roo” from Third, which included a spell binding guitar feedback presentation from Ira Kaplan which had many in the crowd with jaws agape. The set closed out with Stephens doing Chris Bell’s “You And Your Sister” off of Bell’s I Am The Cosmos solo album.

Following a brief intermission, Mills commenced the second set with lead vocals on “September Gurls” from Radio City.  The band kept the pedal to the metal with “In The Street” and “Thirteen” from #1 Record amongst others before closing the set out with the apropos “Thank You, Friends” from Thirteen. The night was far from over however, as the ensemble treated the mesmerized crowd to two encores, each with four additional songs. For the finale, a somewhat concerned Mike Mills begged the question of Chris Stamey, “Are we really going to do this?” Stamey’s response was that it was on the list, so yeah its getting done. To which Mills called out to any of the musicians backstage that if he had to do this they had to join him onstage and help out.  And with that the packed stage kicked into a rolicking version of R.E.M.’s “Don’t Go Back To Rockville”

All told those lucky enough to be in attendance were treated to quite a night of music. Music which deserves to be acknowledged for what it is and for what it was, timeless classics which paved the way for what was to come. Music, which no matter how under appreciated it might have been at first, is today something to be beholden to. There have been countless bands throughout the years who created beautiful, fantastic, mind blowing music which for a myriad of reasons never caught on. Unfortunately, most of these bands have been lost in the wayside.  Count your blessings that thanks to people like the amazing musicians who performed Sunday night at St. Ann & Holy Trinity Church, that Big Star is not one of those forgotten bands.

THE SONGS OF BIG STAR TRIBUTE 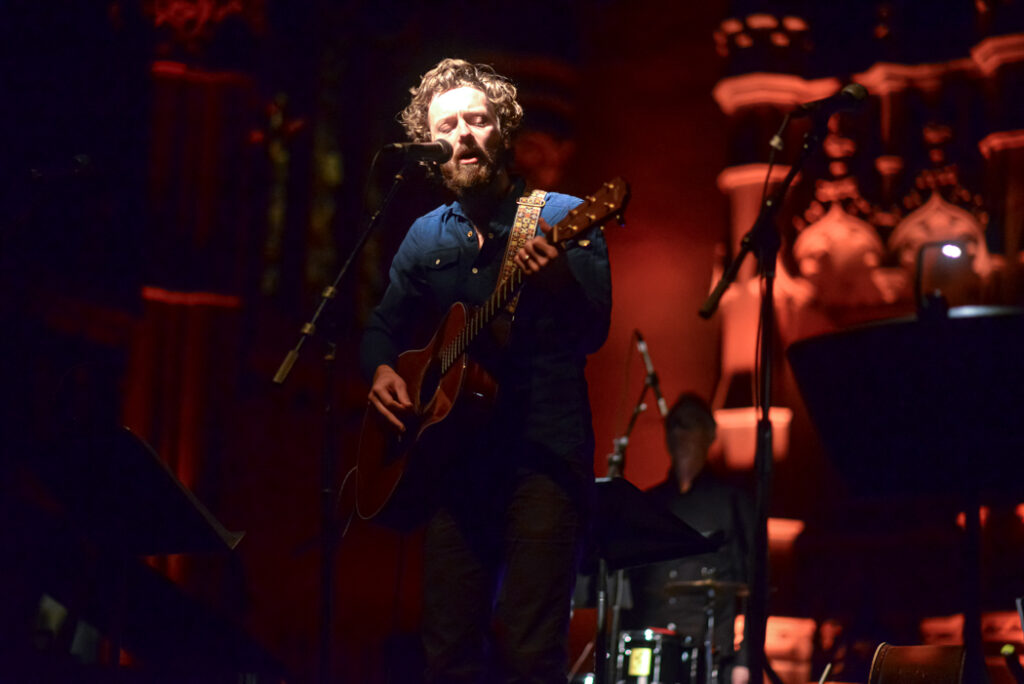 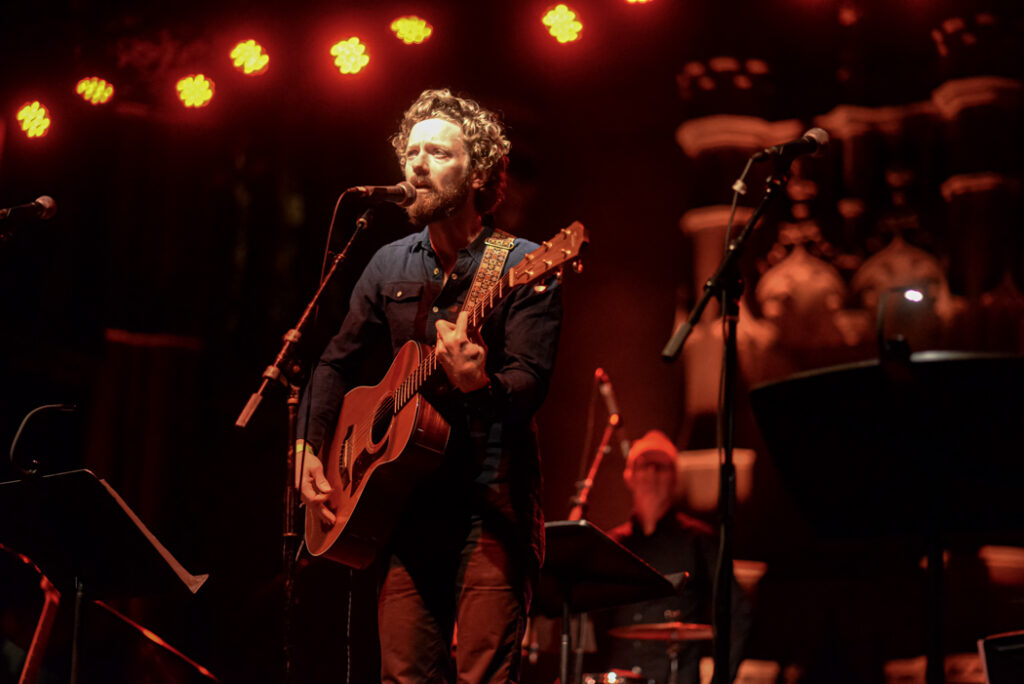 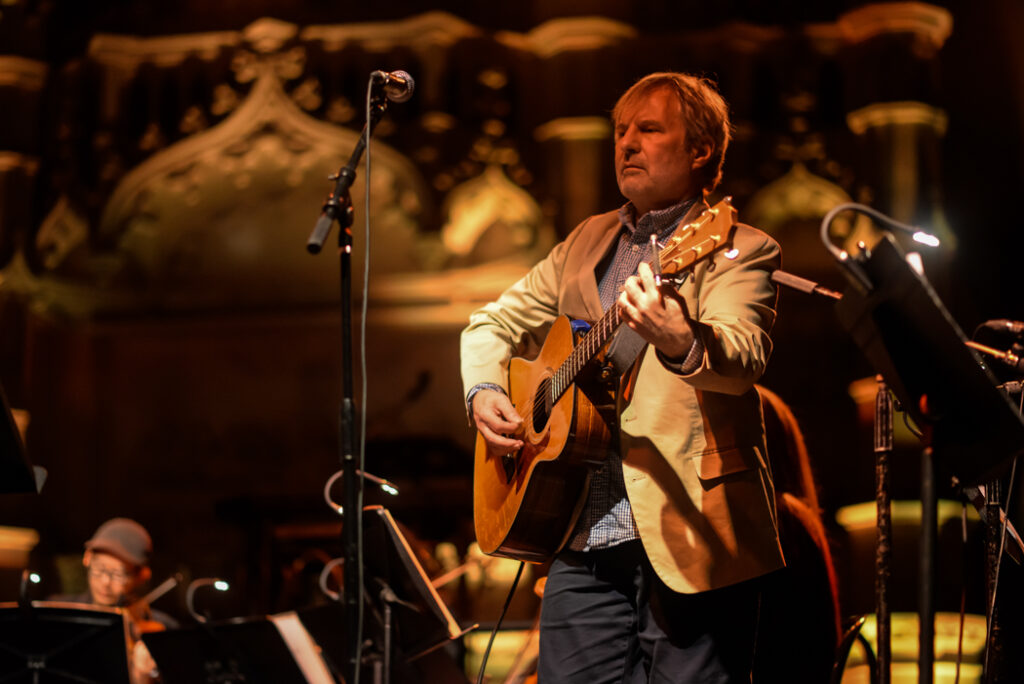 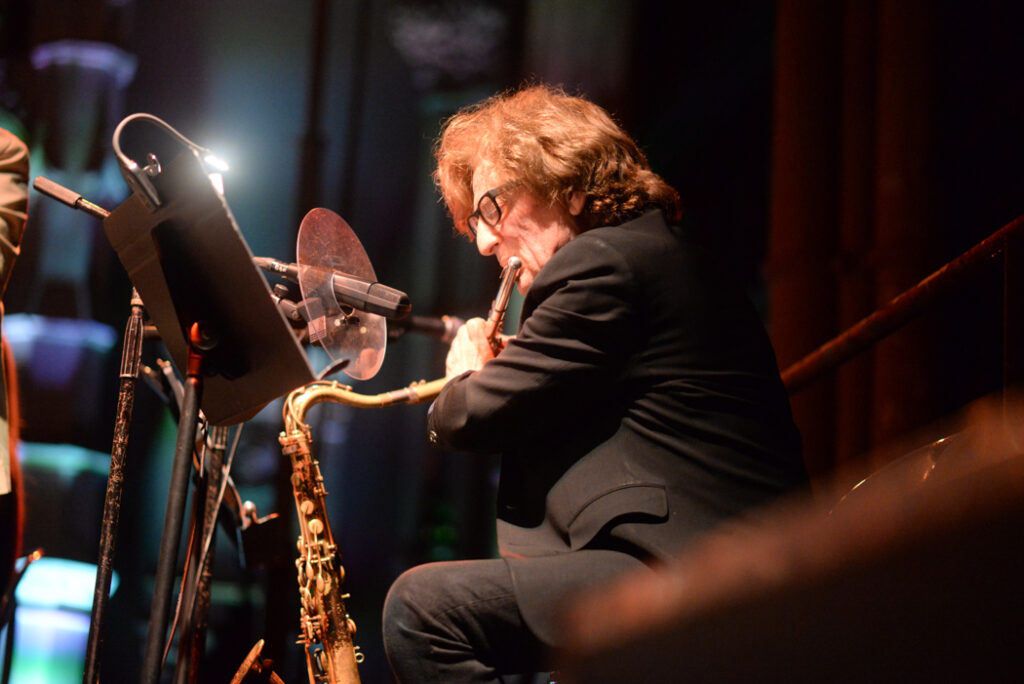 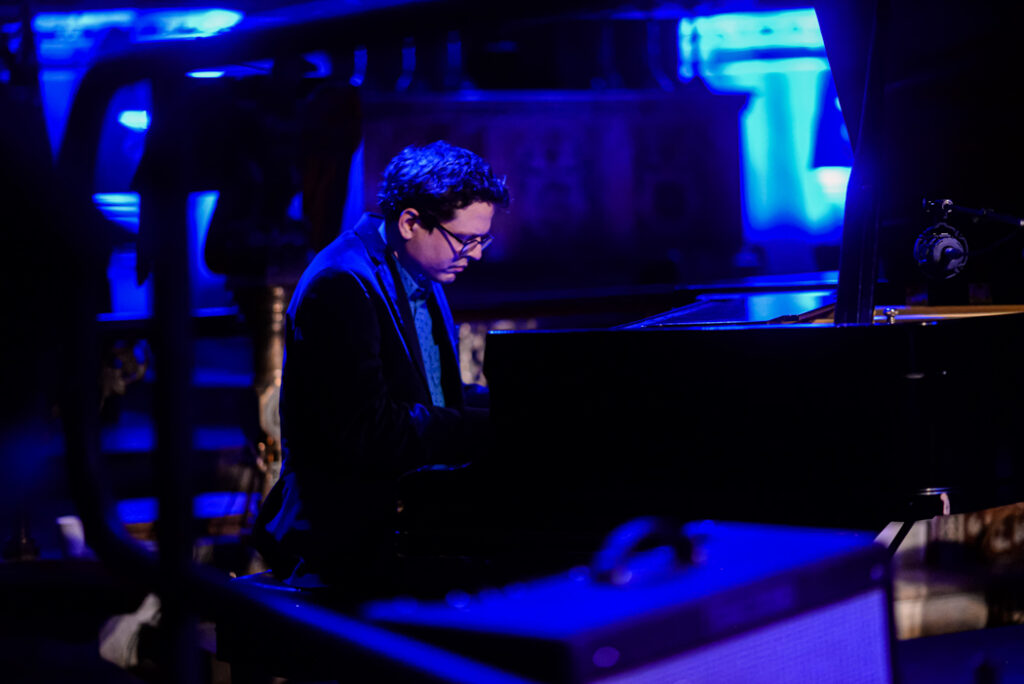 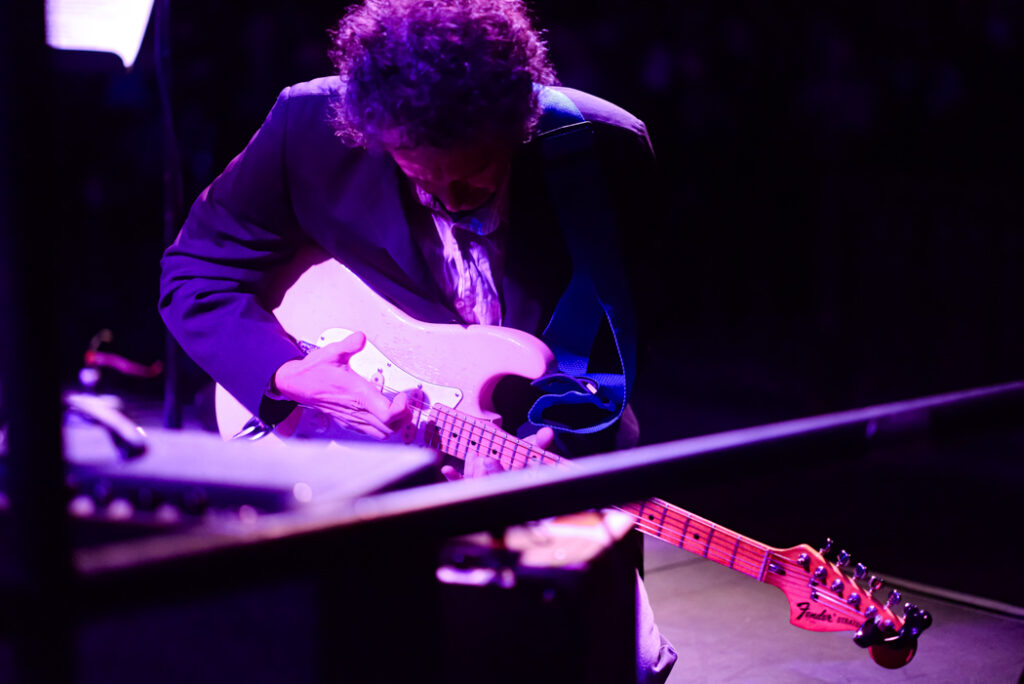 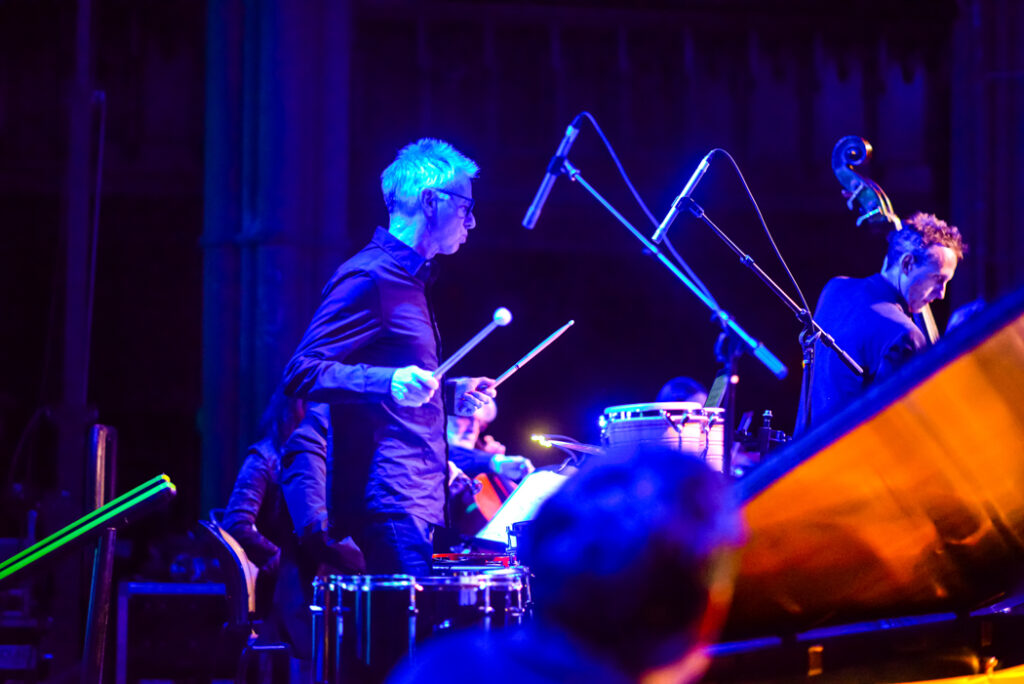 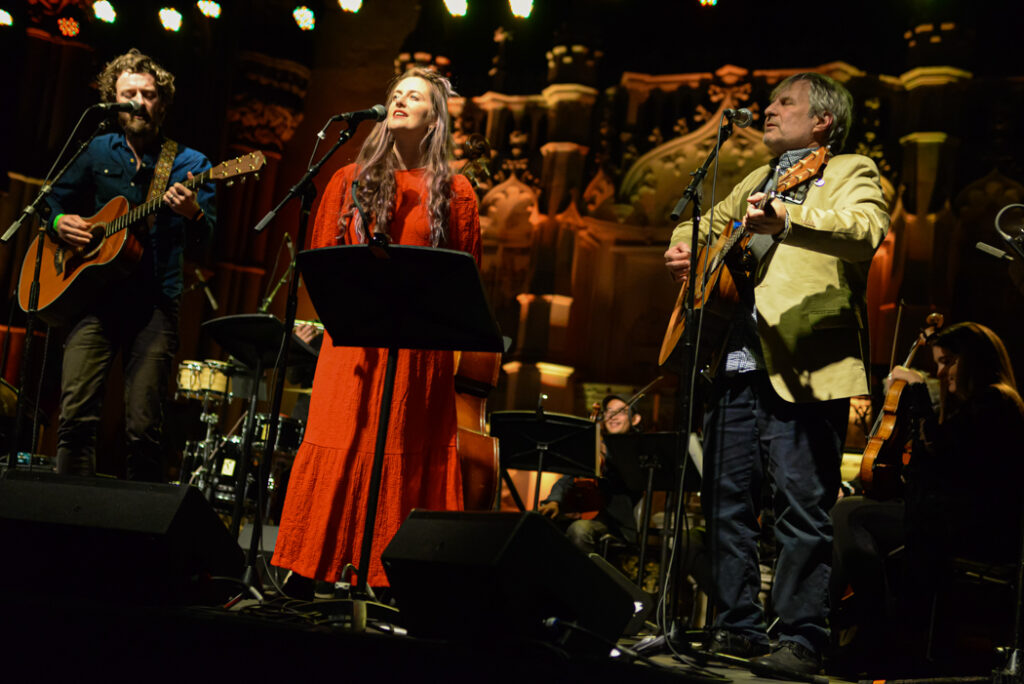 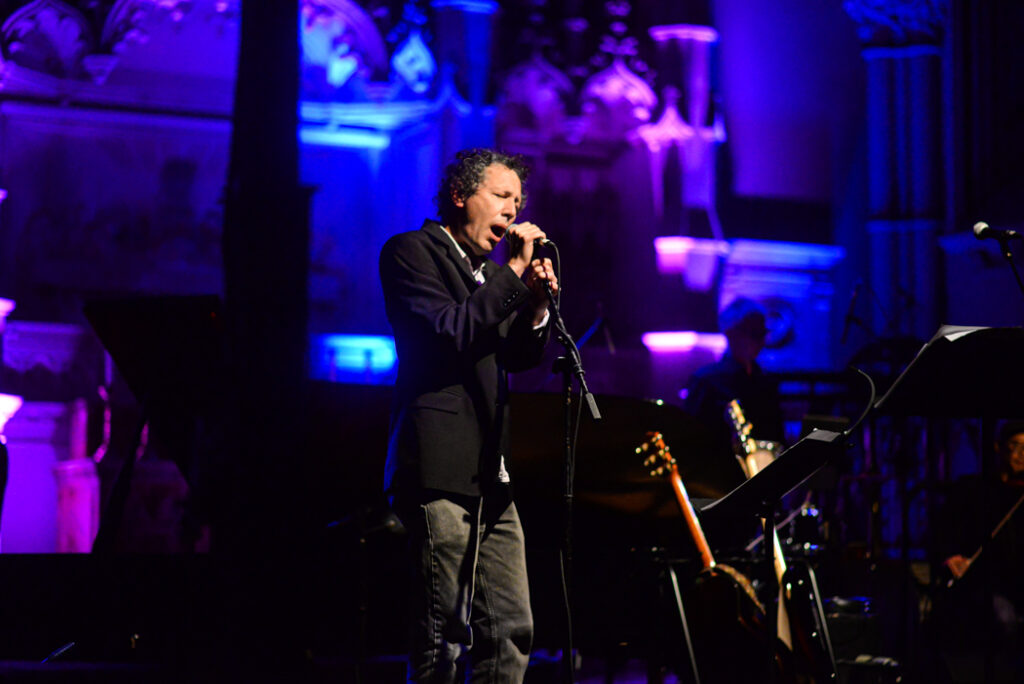 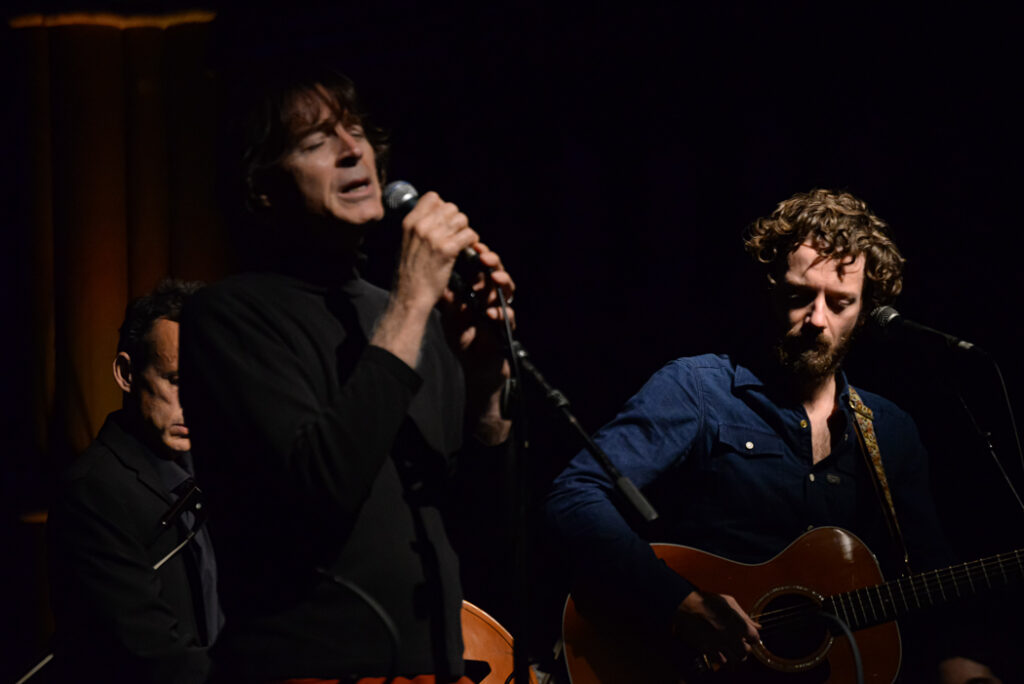 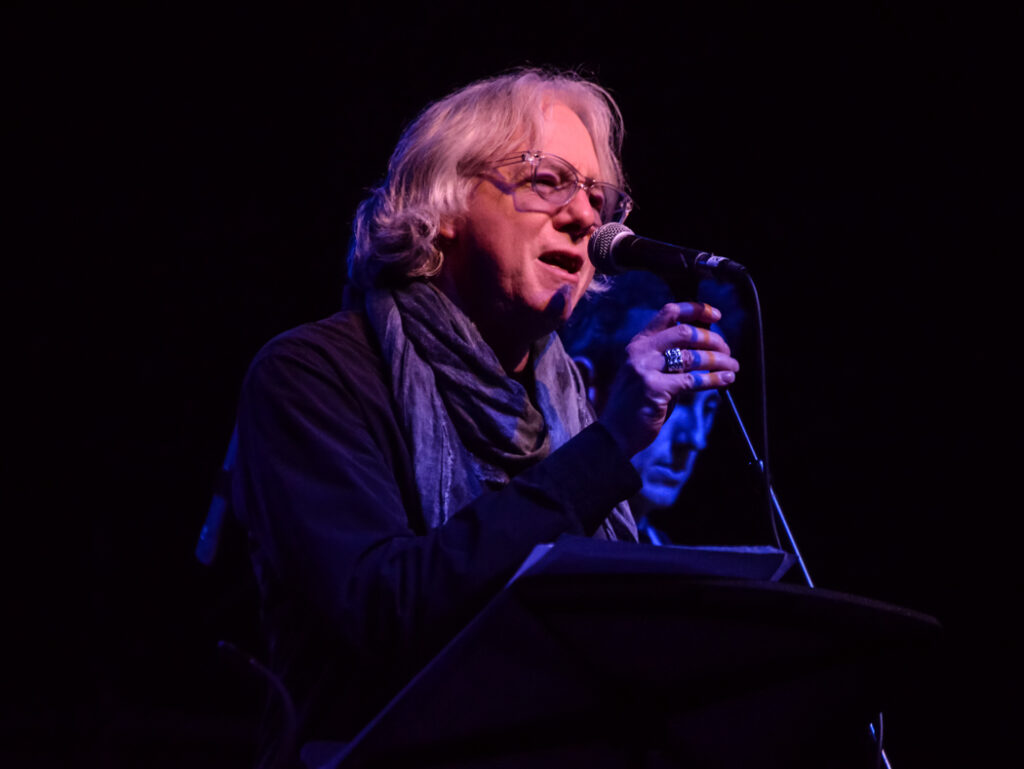 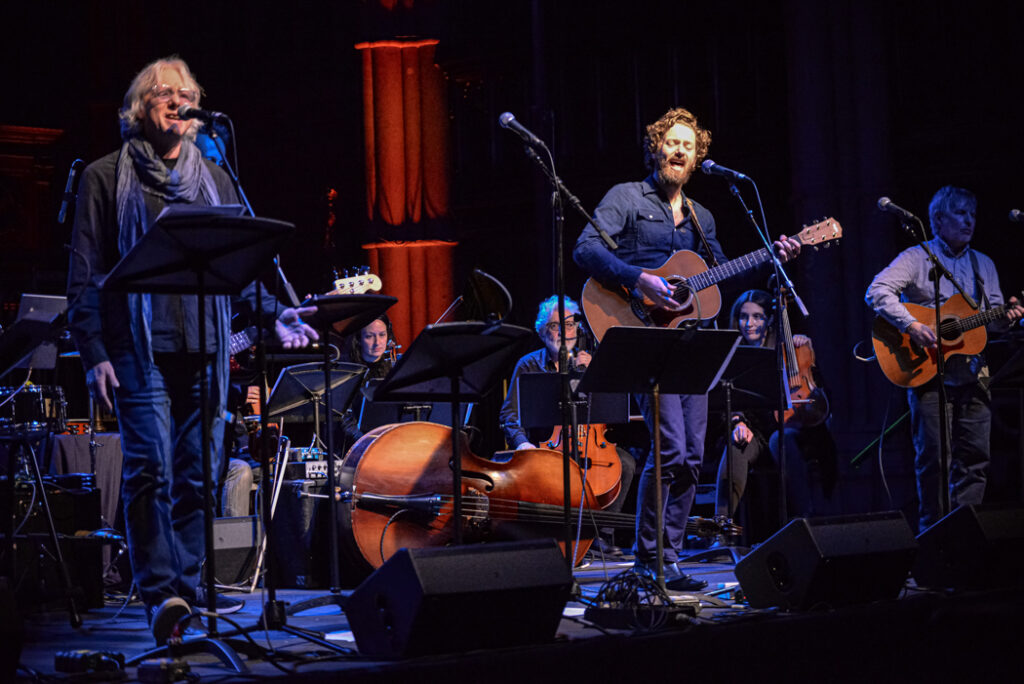 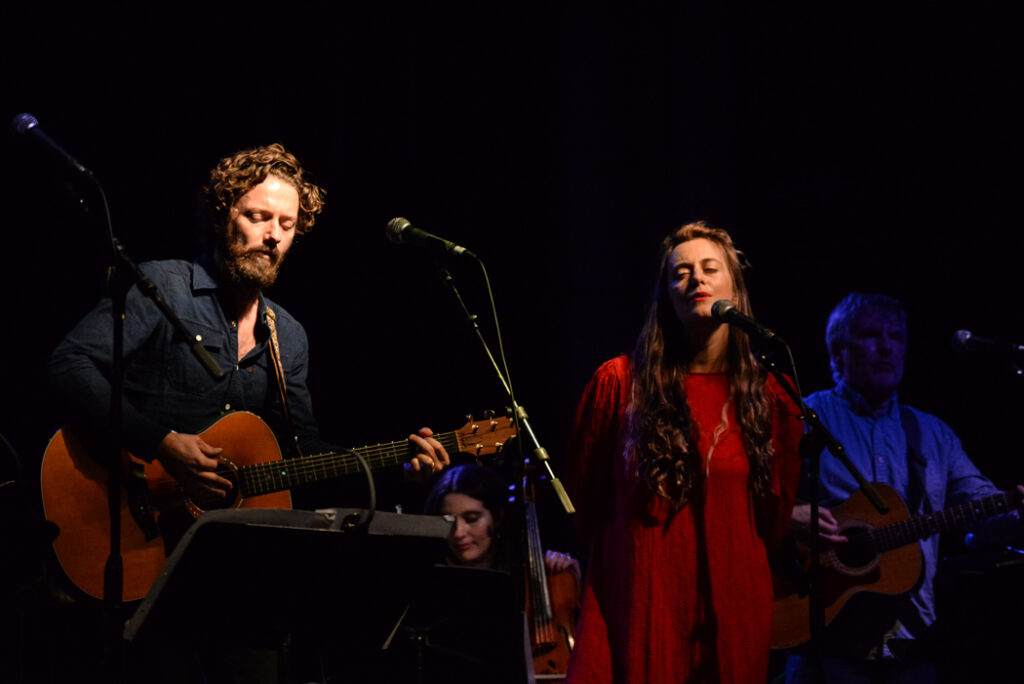 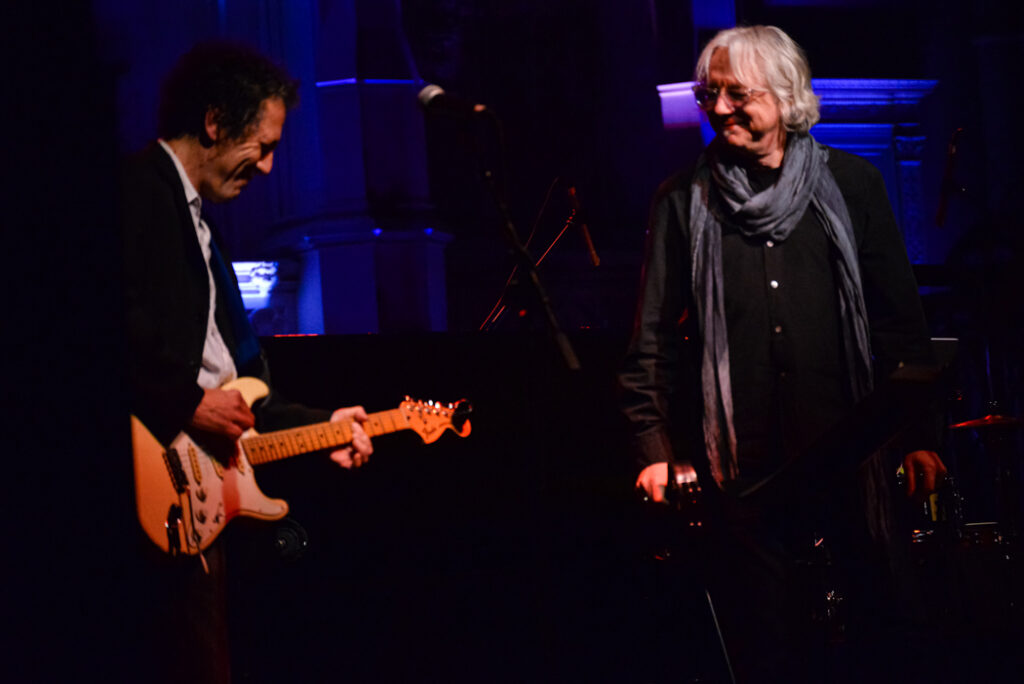 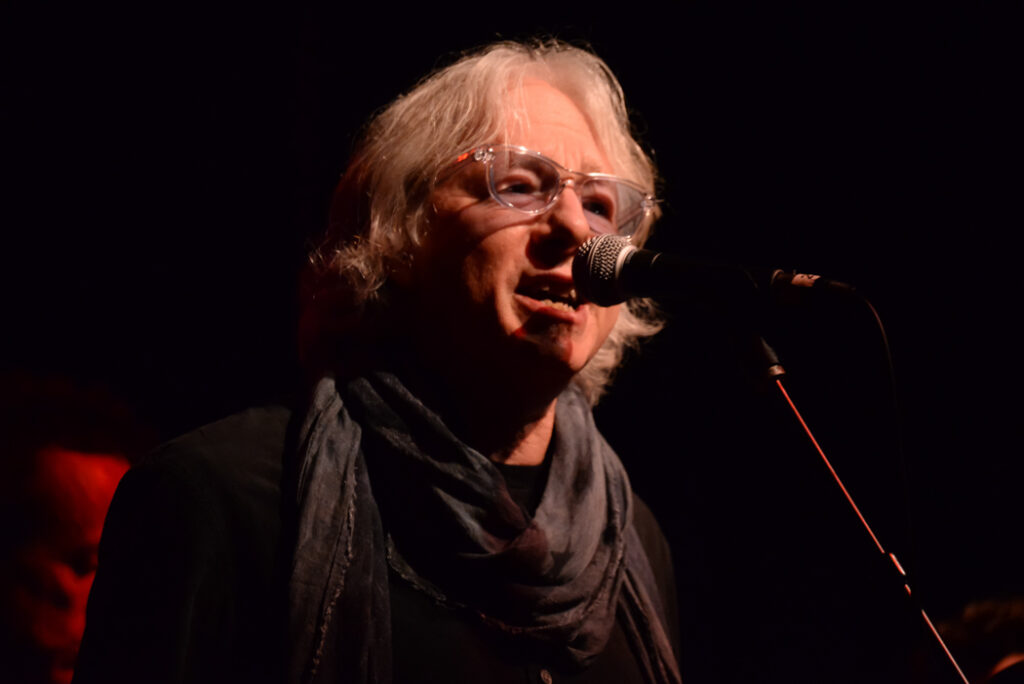 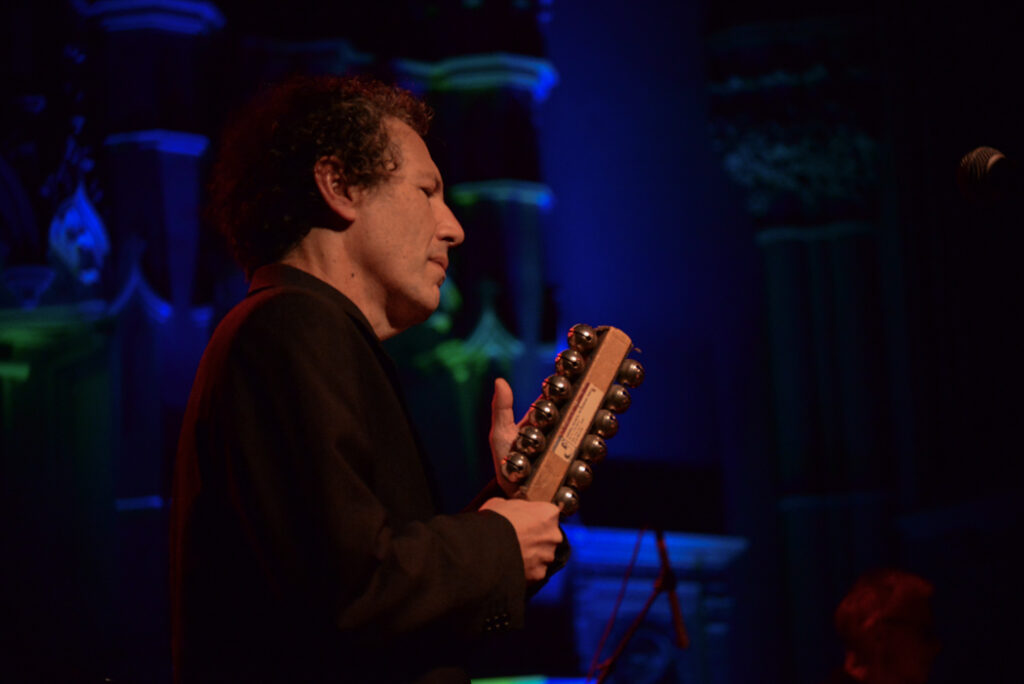 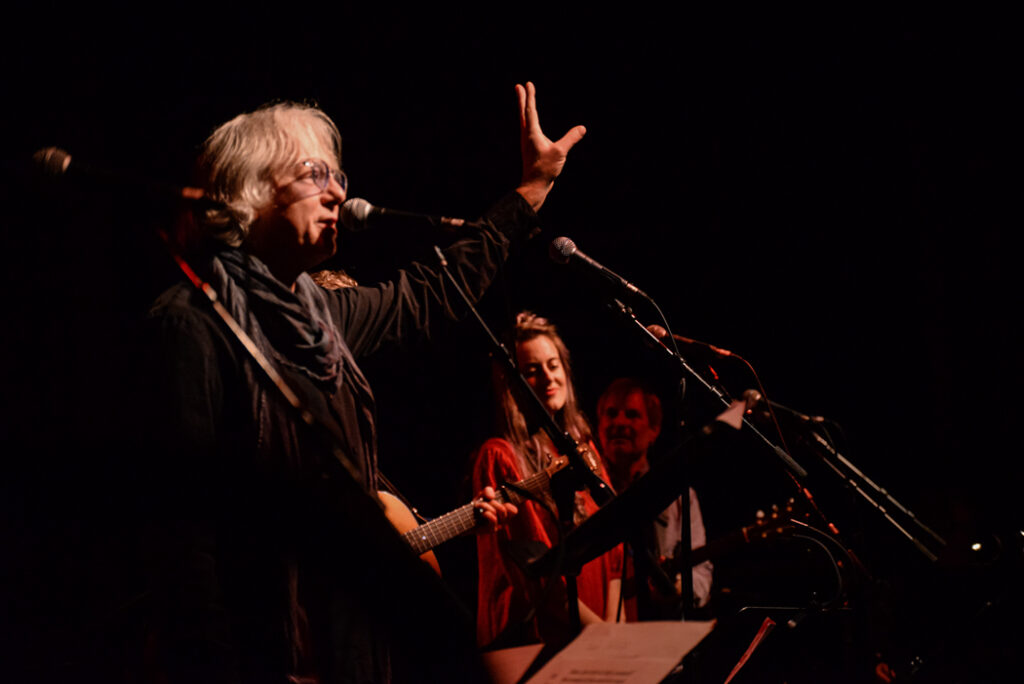 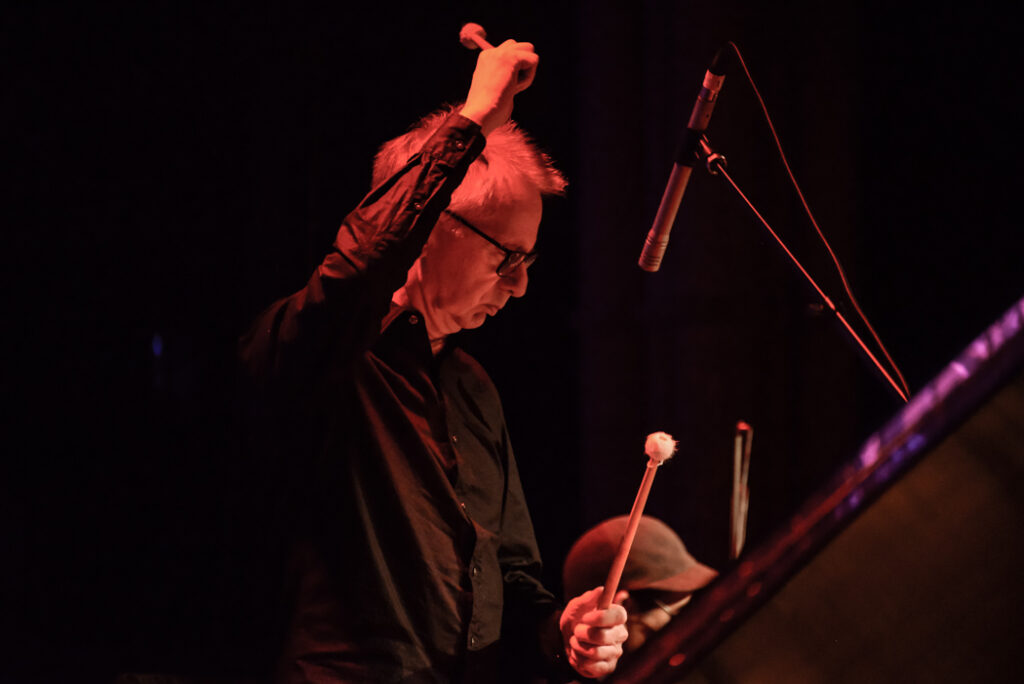 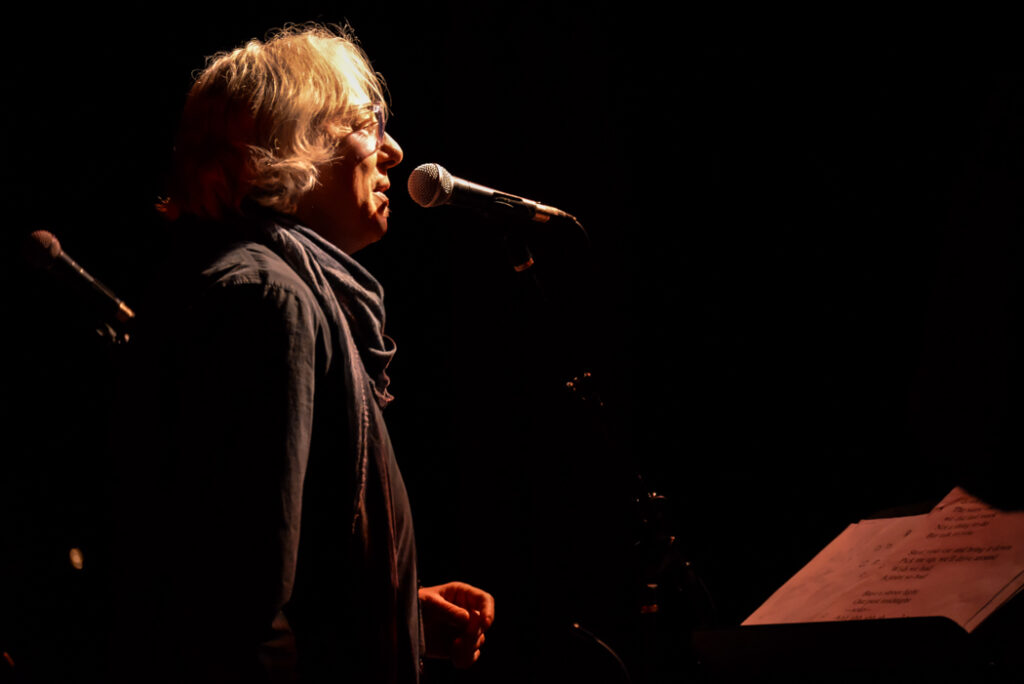 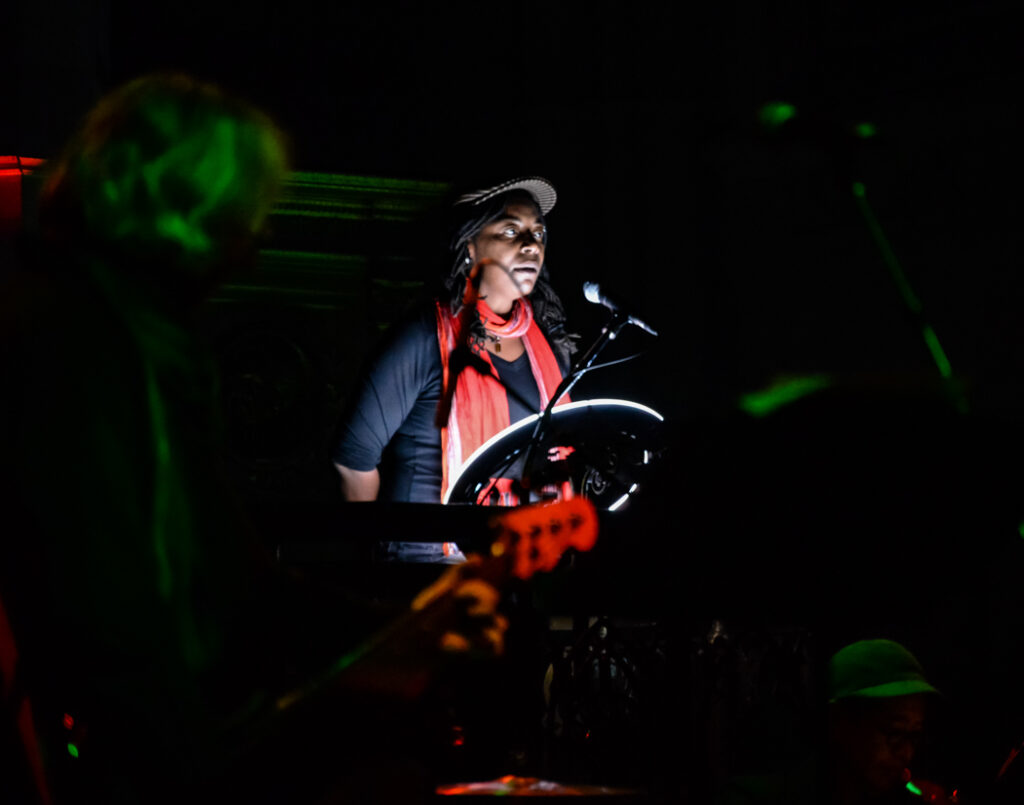 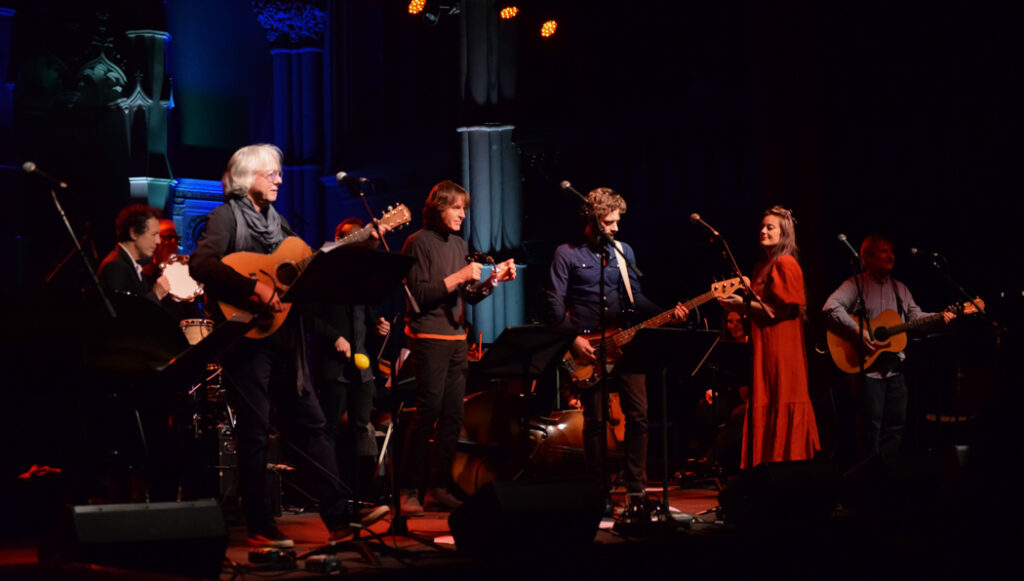 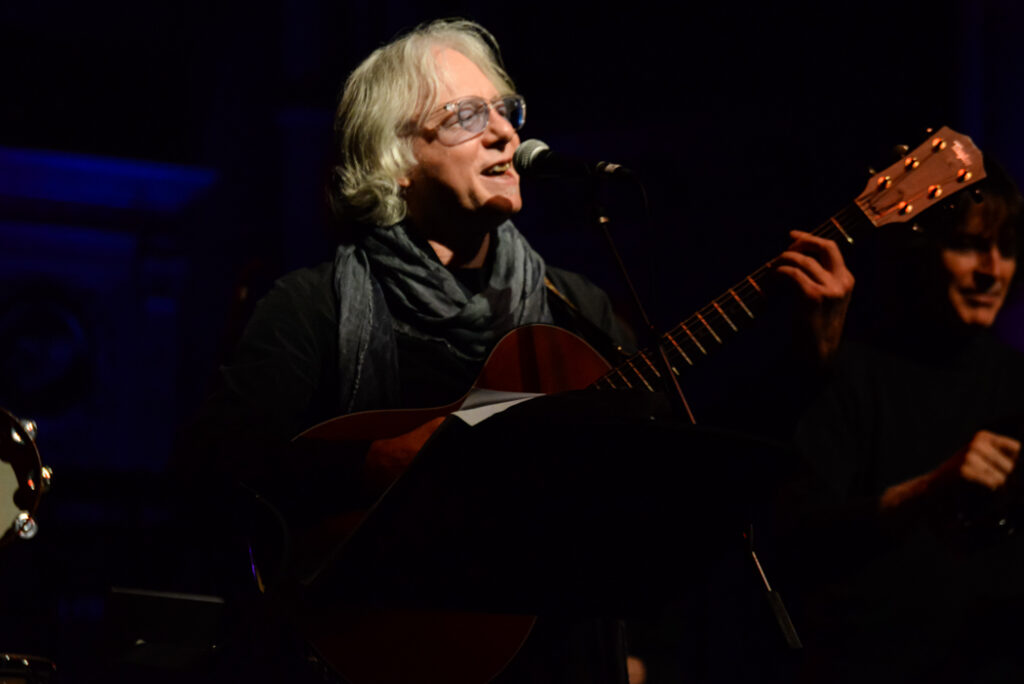 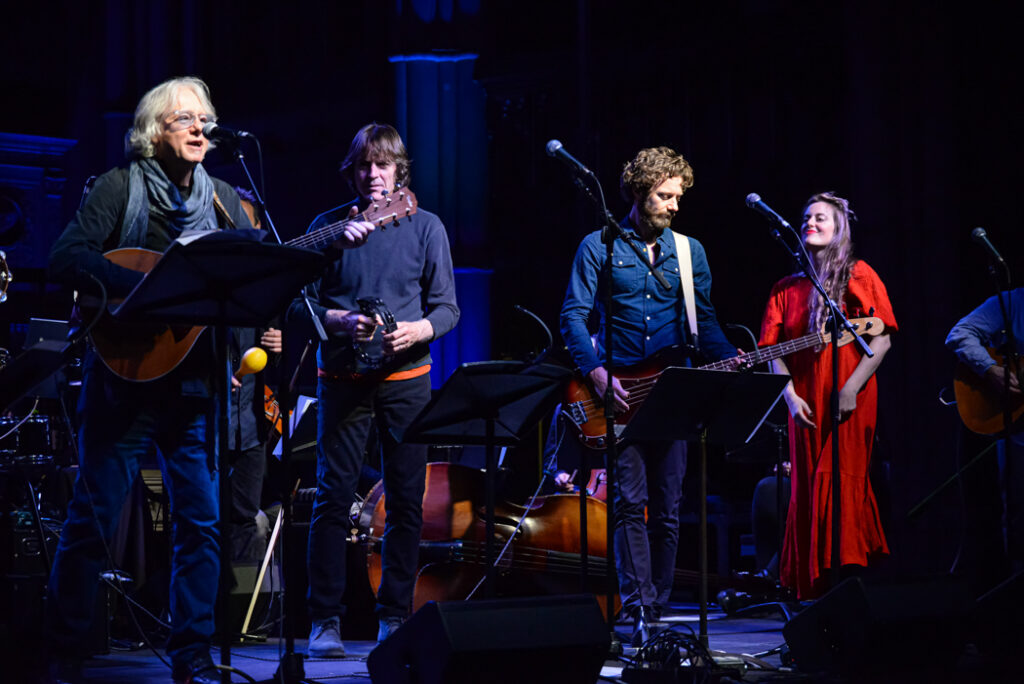