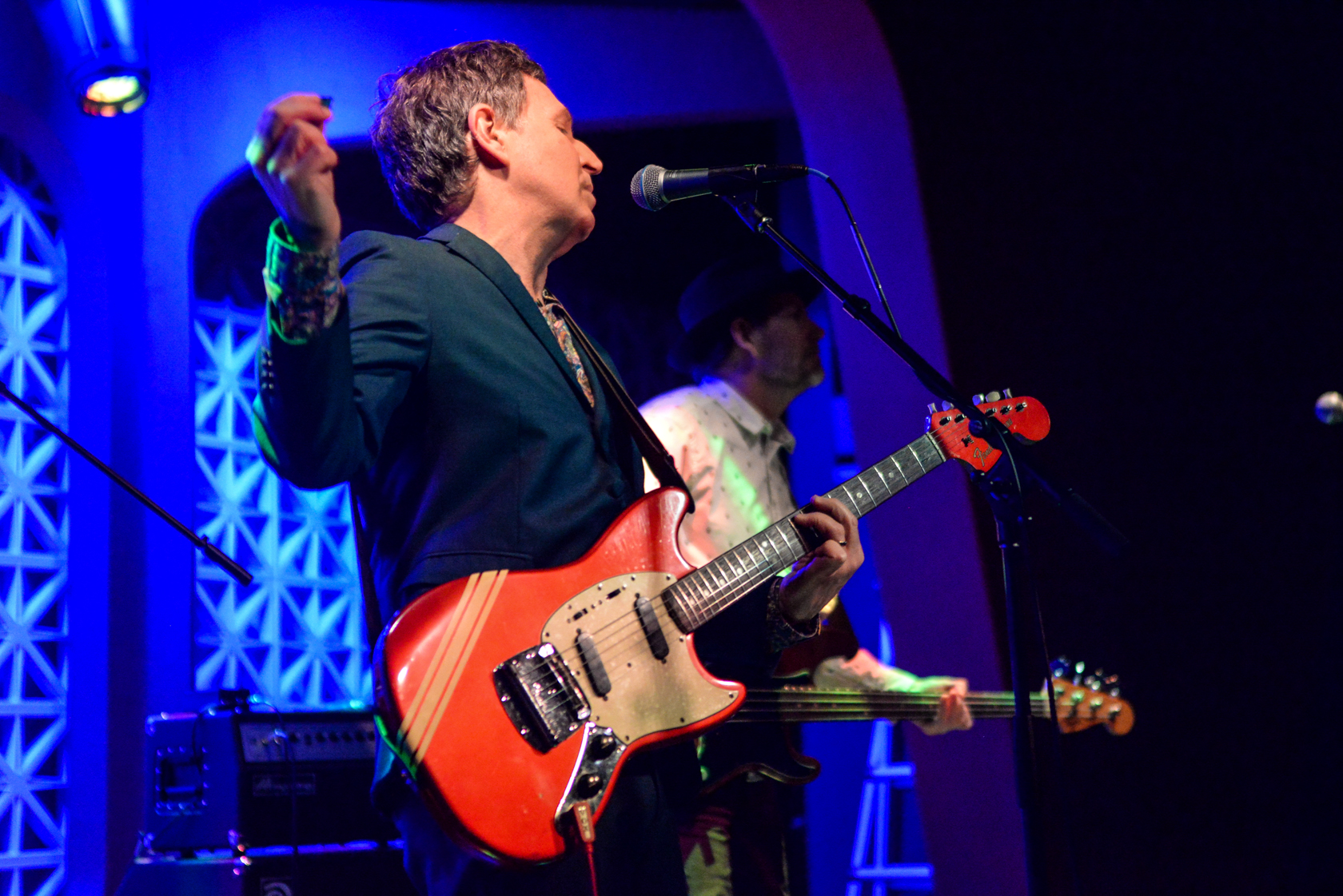 The Dream Syndicate at Brooklyn Made (photo by Ray Rusinak)

This past weekend was pretty much a Sophie’s Choice for the gray beard aging rockers of New York City. Of course there was Yo La Tengo’s Eight Days of Chanukah at Bowery Ballroom, there was The Hold Steady’s four nights of Massive Nights, there were two nights of The New Pornographers and to a lesser extent but by no means less awesome sense, shows from The Figgs and from Jon Langford & Mary Timmons (of The Mekons). And last but certainly not least was The Dream Syndicate at Brooklyn Made on Saturday night for their only headline show of 2021. (NOTE: I stress headline being as they crashed Yo La Tengo’s show on Friday and ended up playing an abbreviated impromptu set at Bowery Ballroom).

Dream Syndicate, of course, was a driving force back in the mid 80’s LA Paisley Underground scene along with bands like The Bangles, Green On Red, Rain Parade, and The Long Ryders just to name a few. Combining the psychedelic sound of many of the late 60’s and early 70’s bands that came out of LA with the LA punk sound of the early 80’s,The Paisley Underground was a pastiche of sounds with some bands borrowing from The Doors or The Byrds or The Mama’s & The Papas, or in the case of Dream Syndicate, a mixture of The Velvet Underground and Neil Young & Crazy Horse.

The band released four full studio LPs during its heyday (‘81-’89) as well as two EPs and a couple of live albums. The original lineup of Steve Wynn, Kendra Smith, Dennis Duck and Mark Walton were together until 1983 when Smith left the band. Smith was replaced by Karl Precoda in ‘84. Precoda only lasted through ‘85 with the band and was eventually replaced by the band’s producer and sometimes guitarist, Paul B. Cutler. But alas this version of the band (and the band itself) called it quits in 1989.  In 2012 Wynn got the band back together for a festival date in Barcelona, bringing in his friend and fellow bandmate from The Miracle Three, Jason Victor. This version of Dream Syndicate has managed to stick together and play and record on and off over the course of the last decade and was the lineup which played on Saturday. 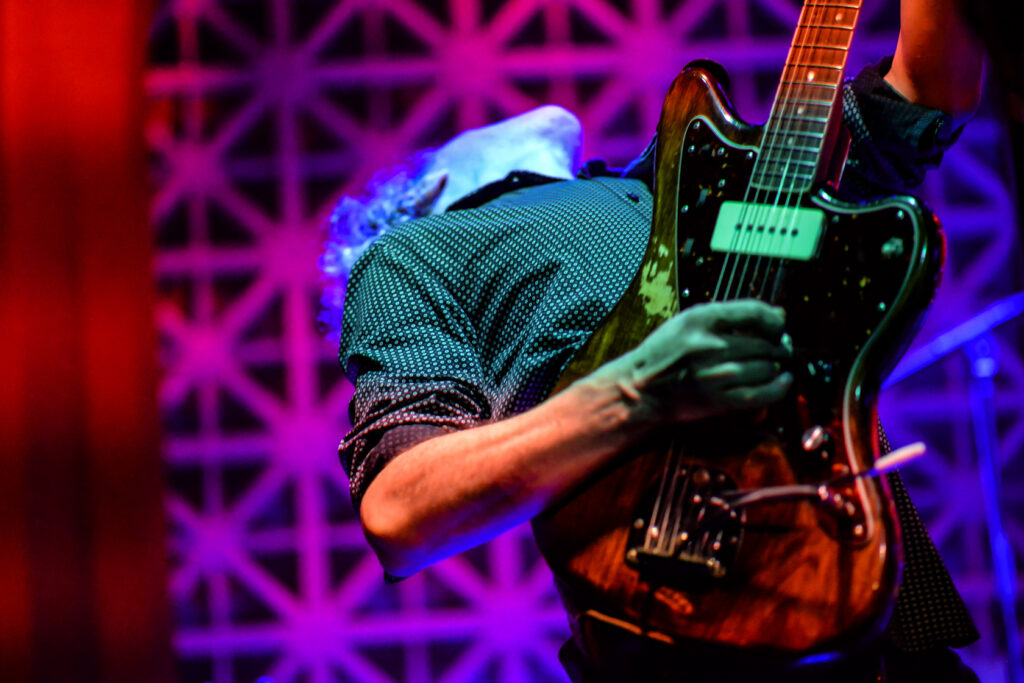 Dream Syndicate at Brooklyn Made

Like so many of the bands to which I’ve written about here at FTA, Dream Syndicate released an album in 2020 called The Universe Inside, which they of course had planned to tour on but again, you know the story of that. Instead the band wrote and recorded another new album which Wynn says should be available for release sometime in mid 2022.

Which brings us to Saturday night at Brooklyn Made. The openers for the evening were a band out of Portland, OR which I had heard about from a friend of mine in CA around a year or so ago. Describing them as a crunchy guitar driven power pop band composed of former (and current) members of The Decemberists, Guided By Voices and Elliot Smith’s band, the word was that they were not to be missed. I’m not one who needs to hear such things more than once, so when I heard Eyelids were opening for Dream Syndicate, I knew I needed to get to the venue early enough to catch their set. Needless to say, my friend was 100% right, they were fantastic.

The band released a stellar album in 2020 (recognize the pattern I’d just mentioned?) called The Accident Falls which figured prominently throughout the eleven song set. However, this didn’t prevent the band from including songs from each of their three other LPs. Their set was a perfect blend of bouncy melodies infused with just the right guitar hooks. They closed out their set with “Slow It Goes” off of their Maybe More release from 2018 followed by a scorching version of “I Can’t be Told” off of their limited run, Bandcamp only live release Eyelids Dubble Live. All in all the set from Eyelids was just plain old rock and roll nirvana (the state of mind, not the band). My (and most of the crowd’s in attendance) only complaint would be that they couldn’t play longer. But the good news is they will be back in Brooklyn at TV Eye in April of ‘22. And as my friend in California says, they are not to be missed.

Next up was what most of those in attendance had come for, Dream Syndicate. Opening the set with the psychedelic infused slow burner, “Until Lately,” from their 1982 debut Days Of Wine And Roses, it didn’t take long for guitarist Jason Victor to work his magic on the fretboard. This was followed by a new one from the forthcoming album which the band has been working on called “Where I’ll Stand,” followed by the relatively seldom played title track off of 1986’s Out of The Grey with its classic Byrd’s influenced guitar riff intro. Wynn and company continued pulling out songs from older material to the delight of the crowd.  Midway through their set, Victor started playing the opening guitar notes to Days of Wine and Roses opener, “Tell me When It’s Over” with Wynn sing/talking in his best Lou Reed voice the words:

And I really don’t know

Cause I don’t wanna know

Yeah tell me when it’s over

Tell me when it’s over 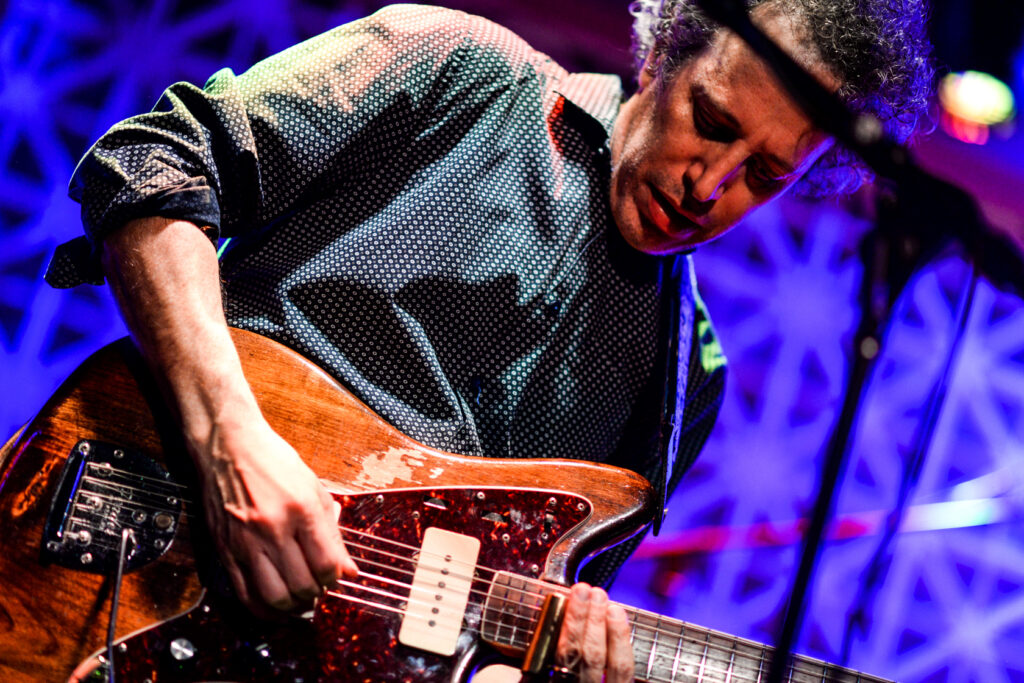 Dream Syndicate at Brooklyn Made

The thing is that at this point Victor and Wynn erupted into a guitar slinging duel where they just went back and forth for minutes on end. I swear they ended up battling with one another eventually diving into what sounded to me like Television’s “Marquee Moon.” I could have closed my eyes and sworn I was hearing Tom Verlaine and Richard Lloyd at their virtuosic best.  But it wasn’t just Television I was hearing, but Television if they were also jamming with Neil Young in his wildest Crazy Horse guitar driven madness. “Tell Me When It’s Over” eventually came to a conclusion but that certainly wasn’t the end of the night’s guitar shredding. They followed with “Bullet Holes” which pretty much picked right up where “Tell Me When It’s Over” left off, maybe with a little more Neil and a little less Television.

This seems like as good a place as any to admit my fanboy admiration for Victor and his fretboard wizardry. What he does with his guitar is absolutely magical. There were times throughout the night on Saturday when he would be wailing on his guitar, his head cocked backwards, eyes closed but for a slight crack in his eyelids and it would look like his eyes had rolled to the back of his head; almost as if he was in a trance or somewhere else entirely, as if his body had become possessed. He would play his guitar in almost an otherworldly like state. The only way I can describe it is to think of those southern evangelicals when they get all worked up and start speaking in tongues. But in Victor’s case it’s not gibberish coming out but absolutely sheer magic.

After “Bullet Holes” we were treated to a cover of Blind Lemon Jefferson’s blues classic “See That My Grave Is Kept Clean” which was an ideal vehicle for the band to change directions from the trancelike guitar driven craziness to a more bluesy dancey feel reminiscent of Van Morrison and Them’s “Gloria” sans the G.L.O.R.I.A..

Interestingly the band didn’t play anything from last year’s The Universe Inside until the last song of their set when they squeezed “The Longing” between an extended jammy version of “John Coltrane Stereo Blues,” which started off as a bluesy vamp before drifting off into a floating psychedelic cloud to which “The Longing” worked perfectly.

The band came out for one more as they played a version of “Glide” which started out with Dennis Duck pounding out a syncopated beat along with bassist Mark Walton. And with that beat as the backdrop, Wynn’s vocals “I don’t have to come down” repeated over and over all the while Jason Victor is ripping through arpeggios up and down the neck of his guitar.  It was the perfect ending for a perfect set of music. I don’t want to speak for the rest of the crowd that night, but I for one didn’t have to come down for quite a while after Dream Syndicate’s amazing set on Saturday. 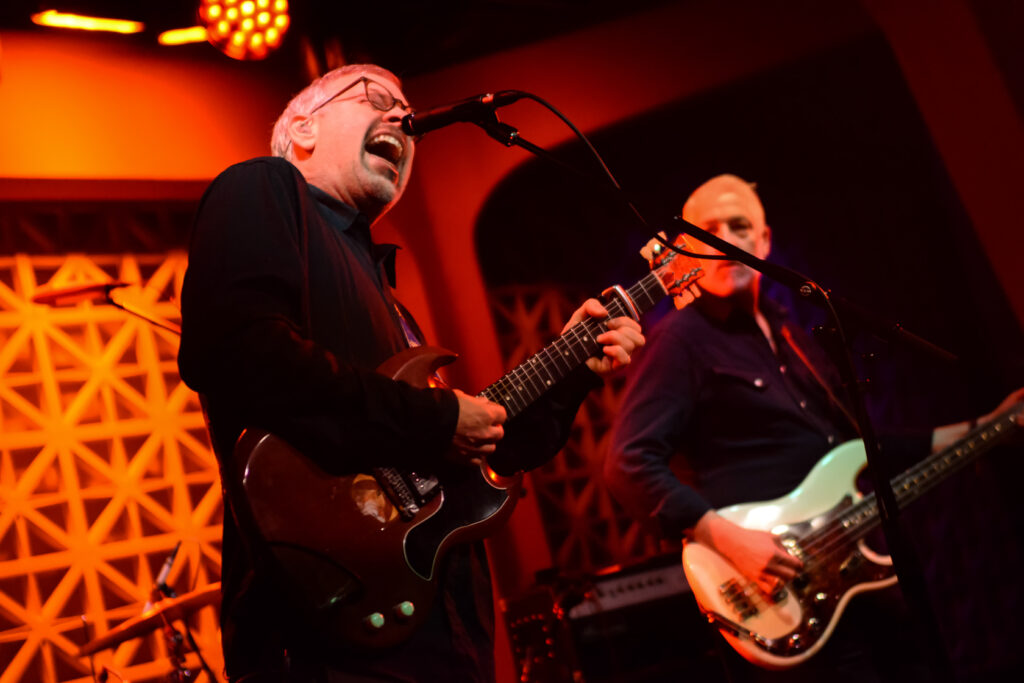 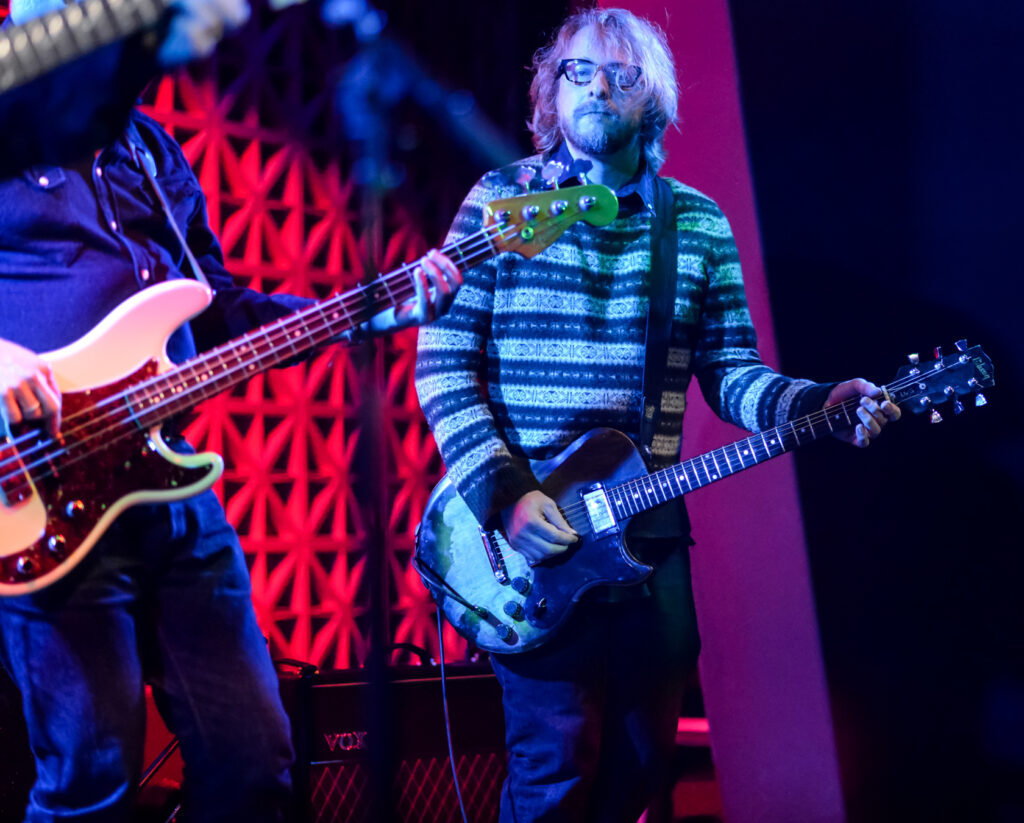 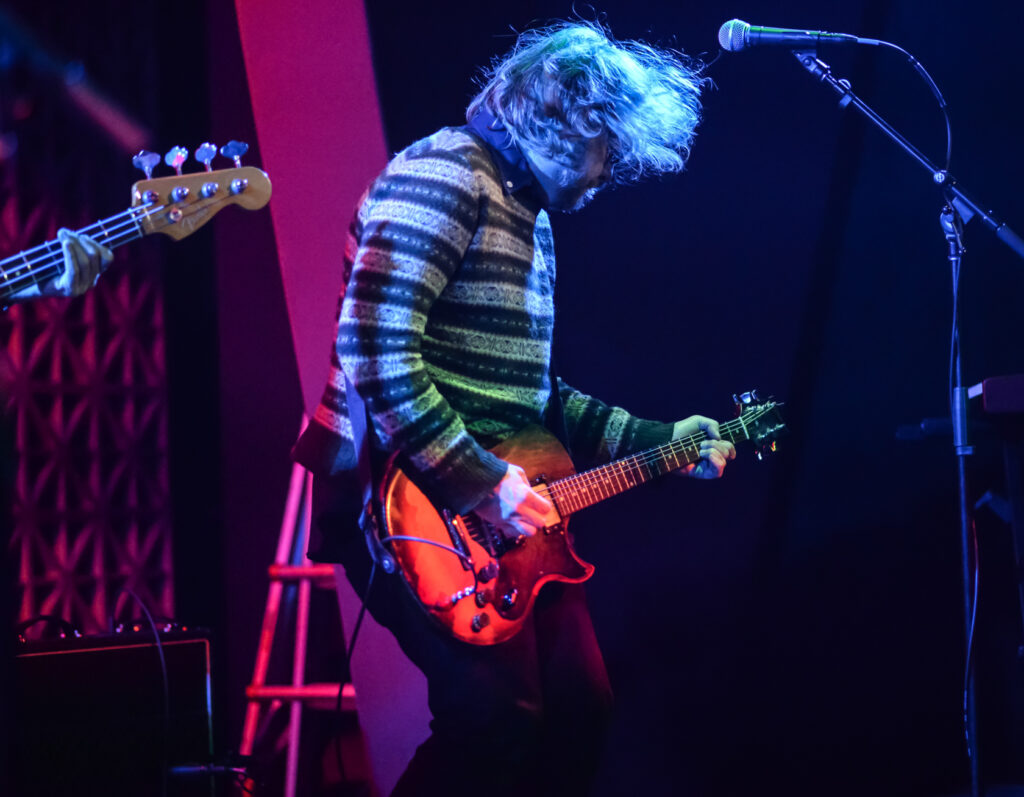 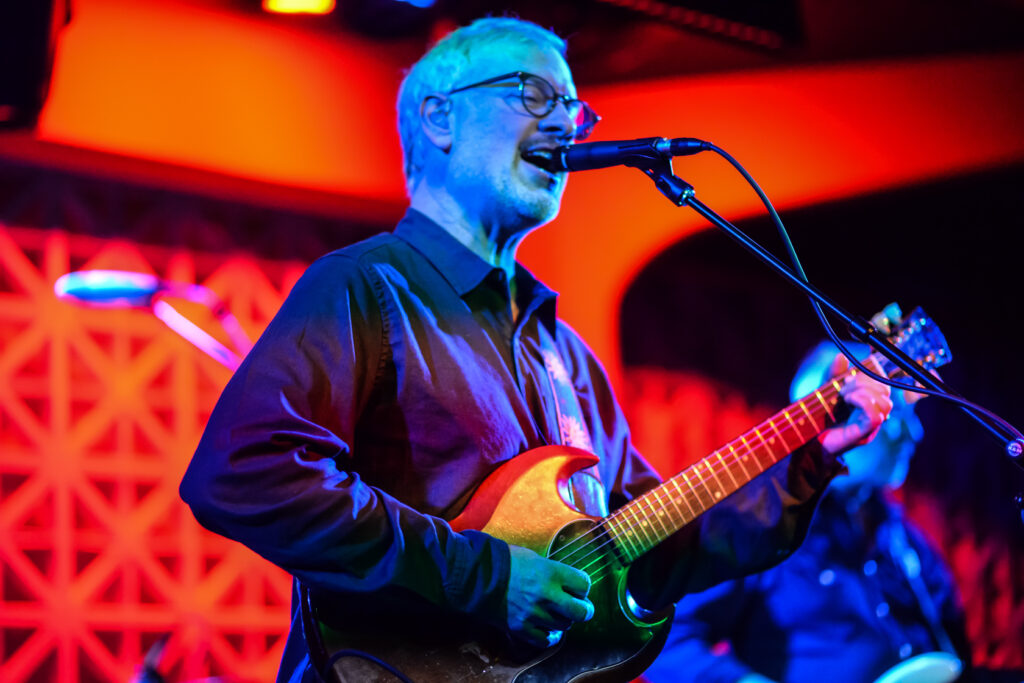 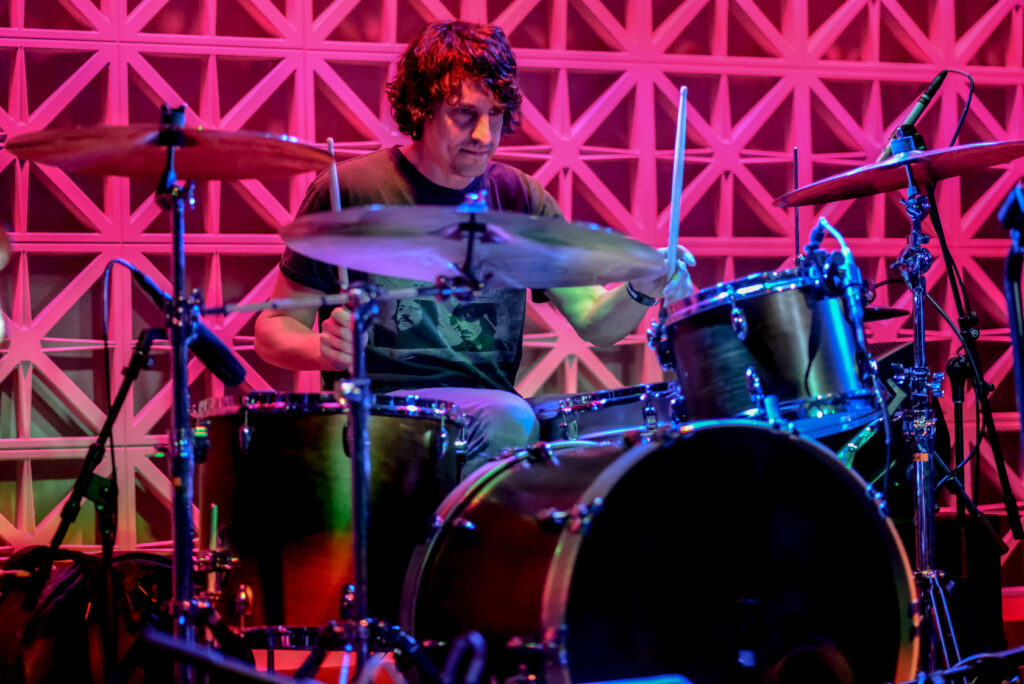 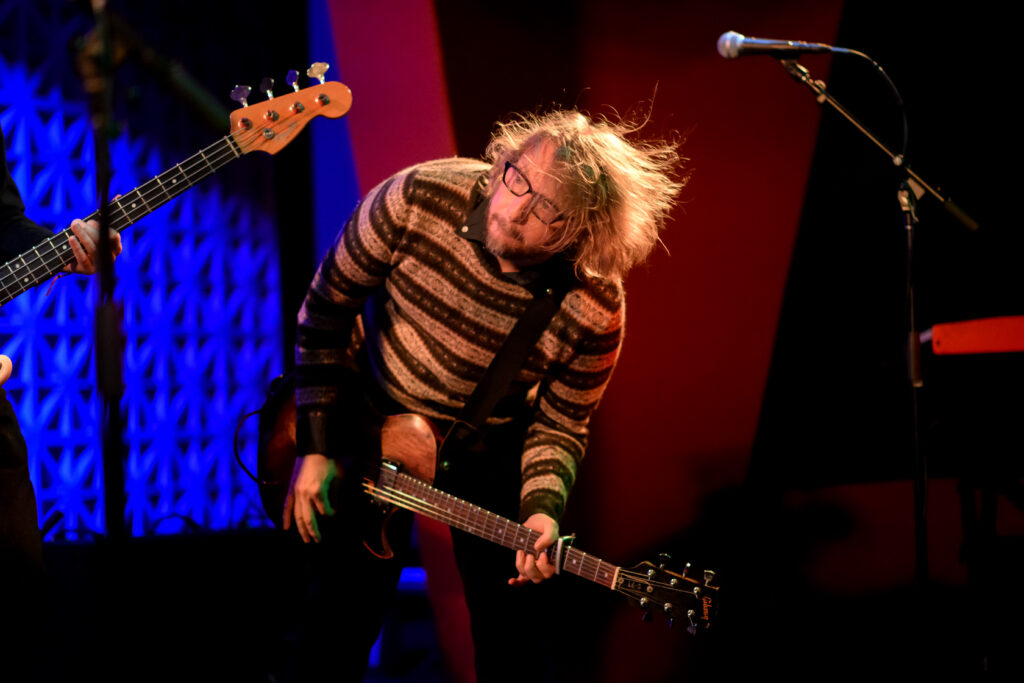 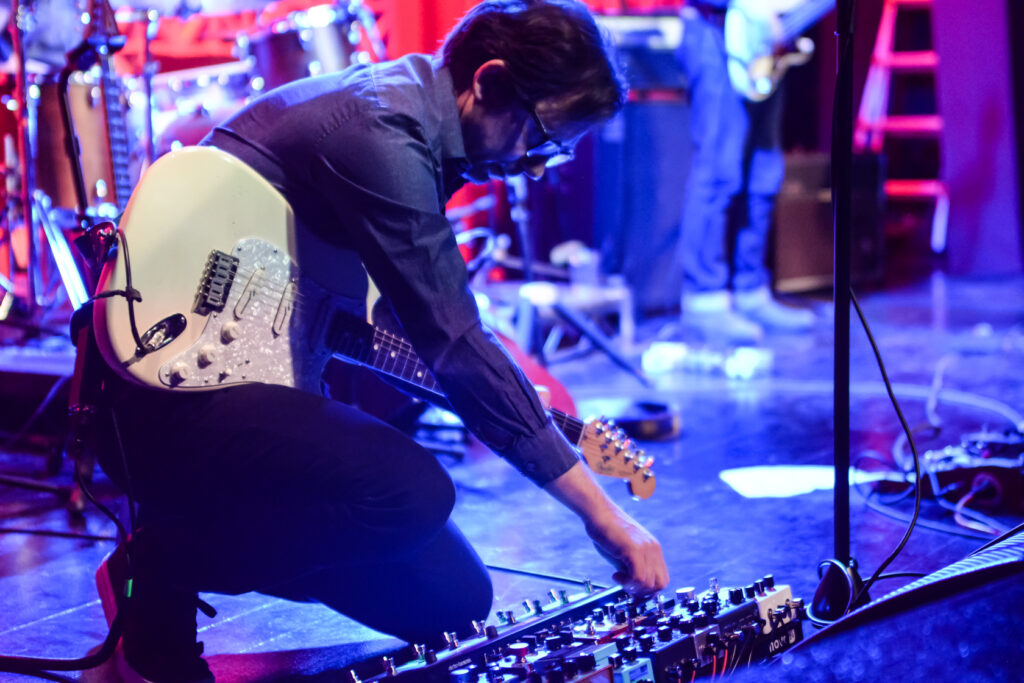 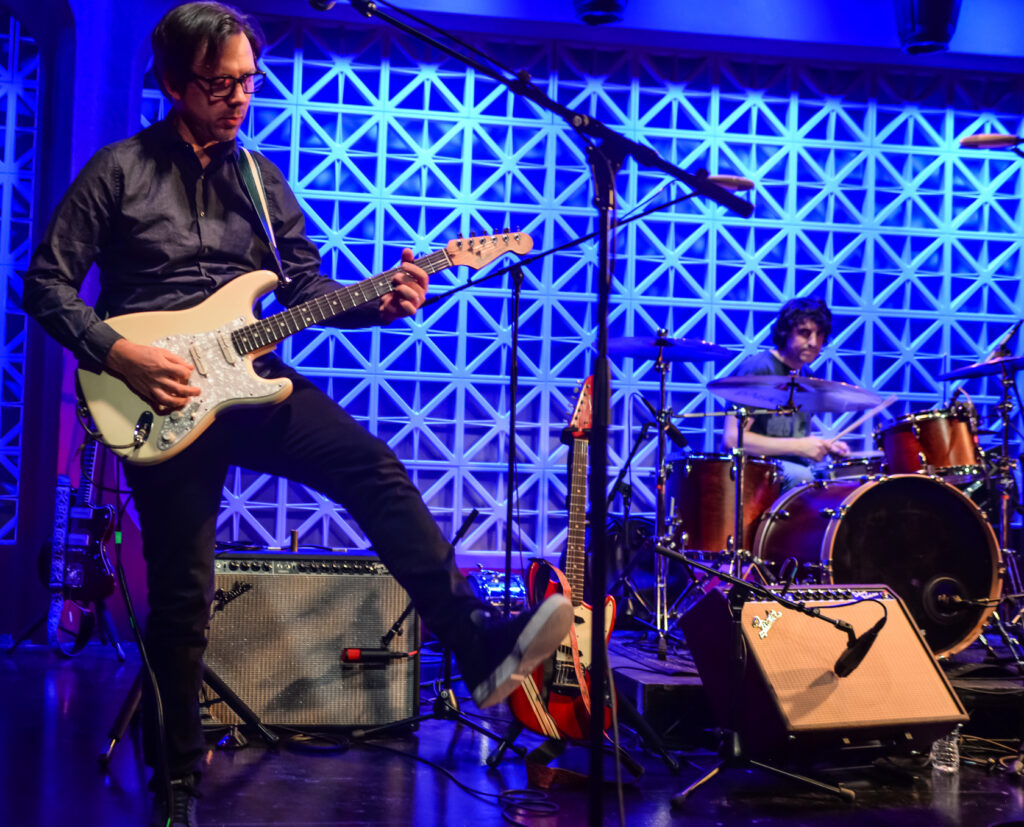 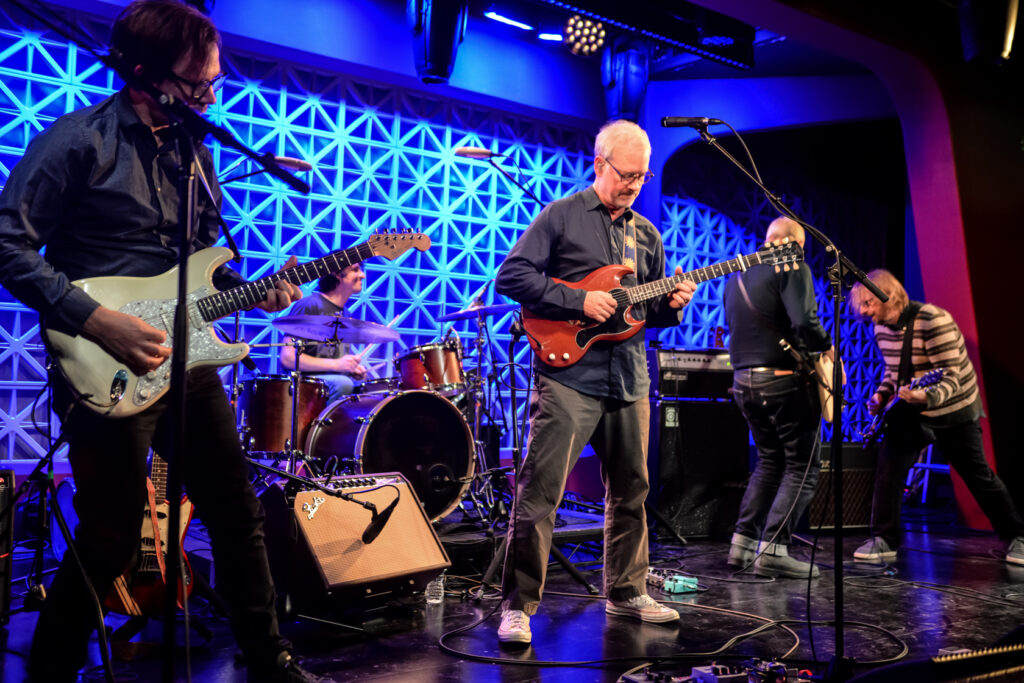 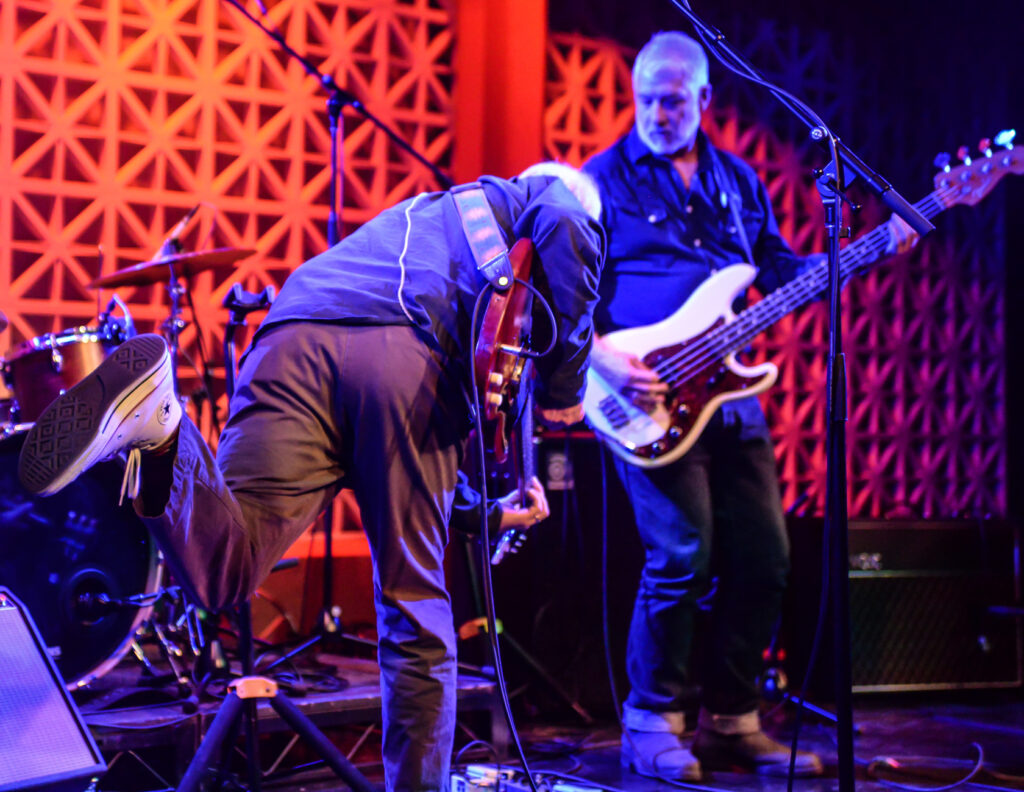 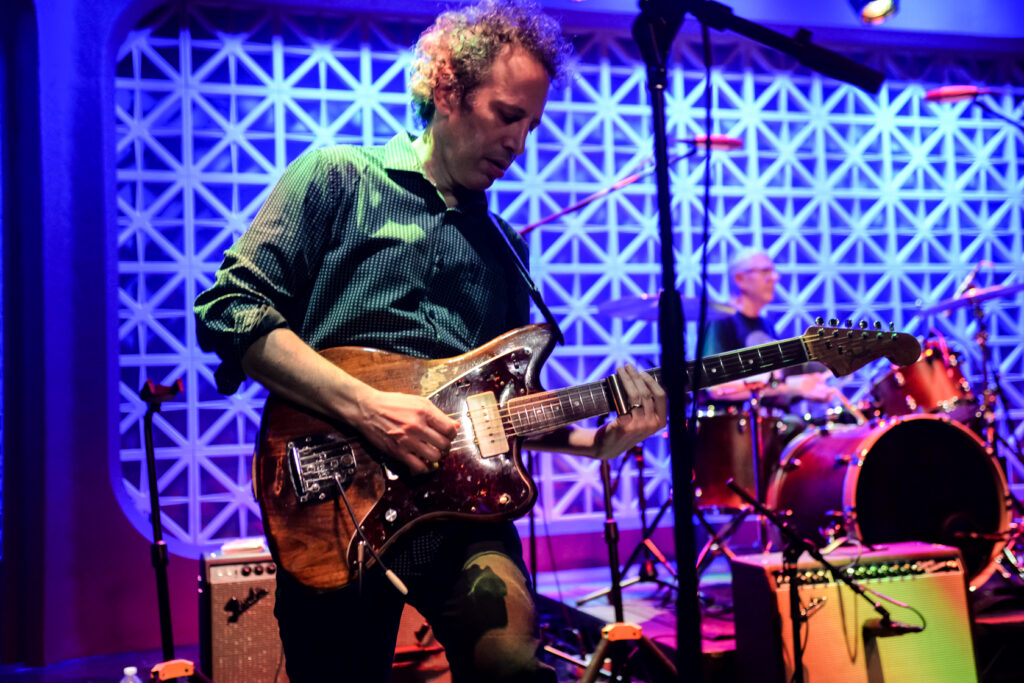 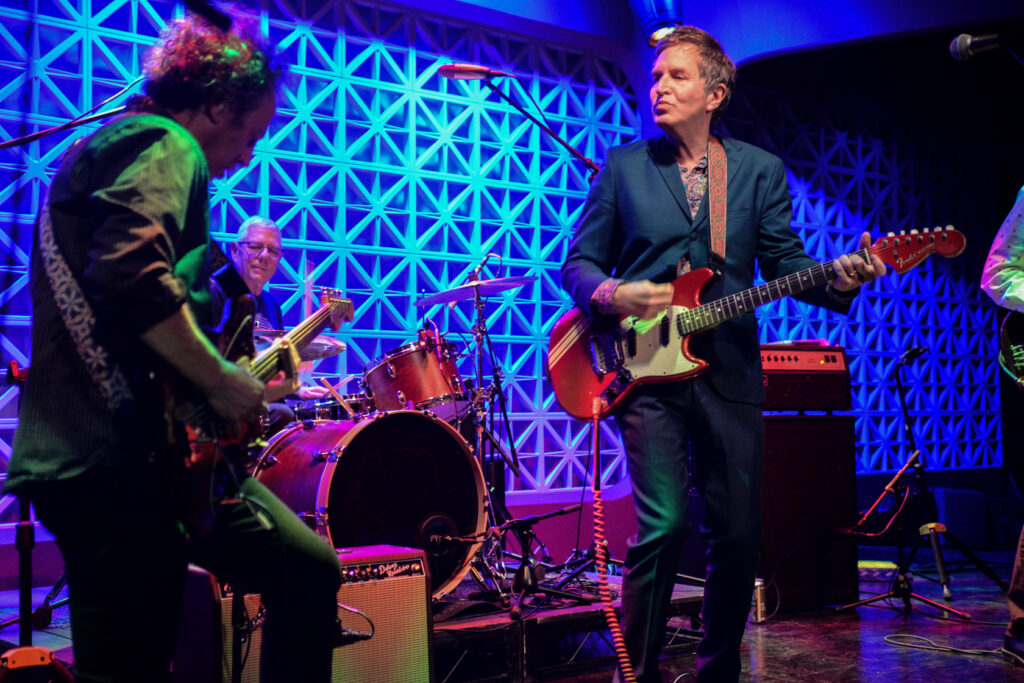 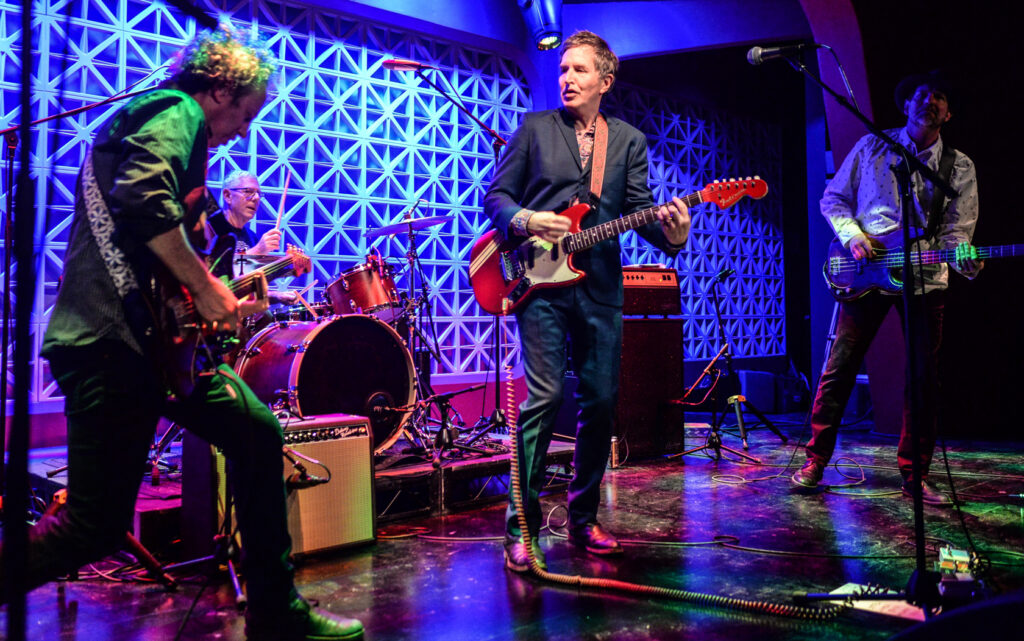 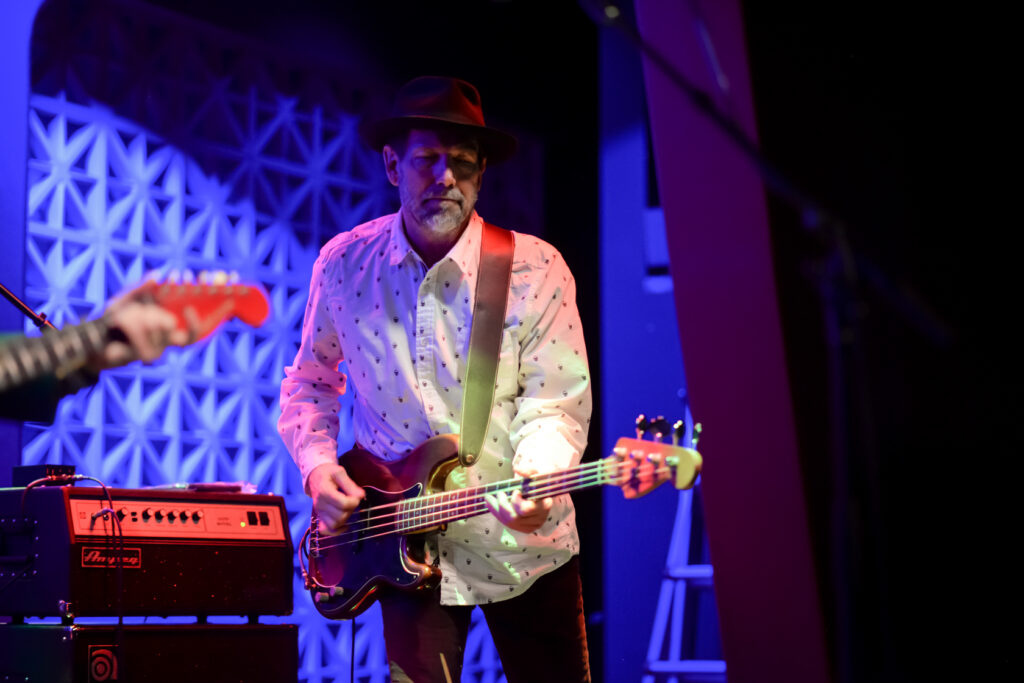 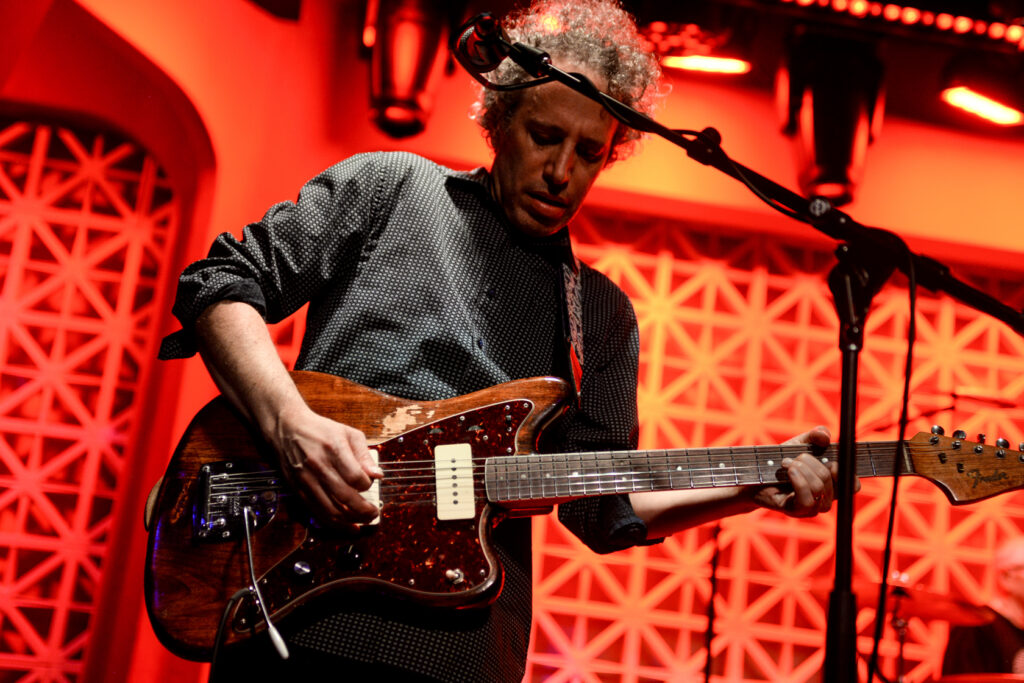 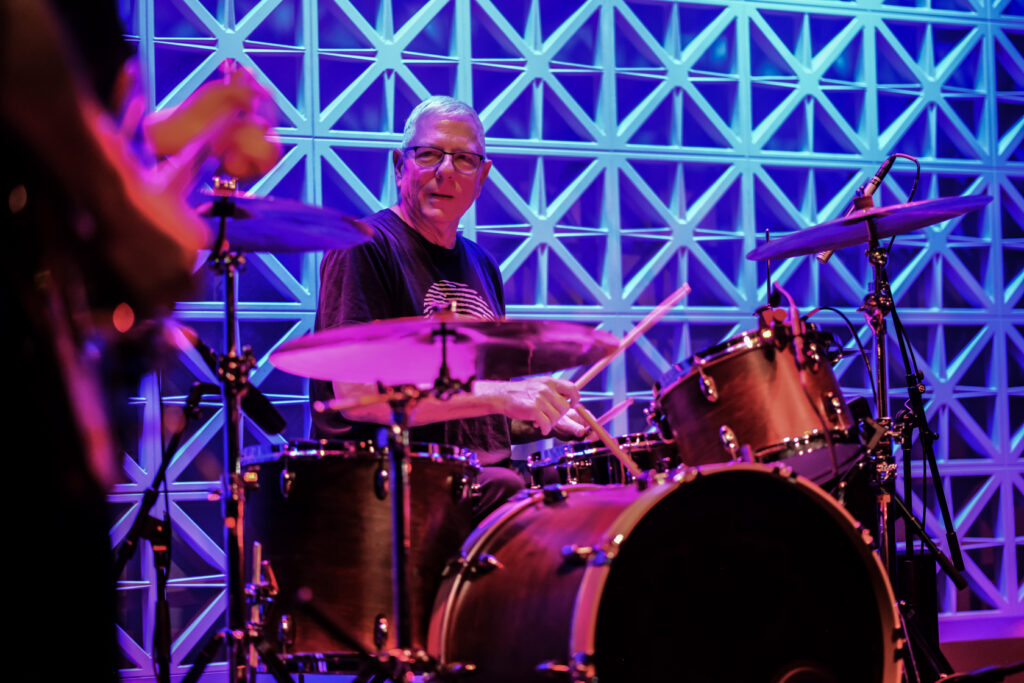 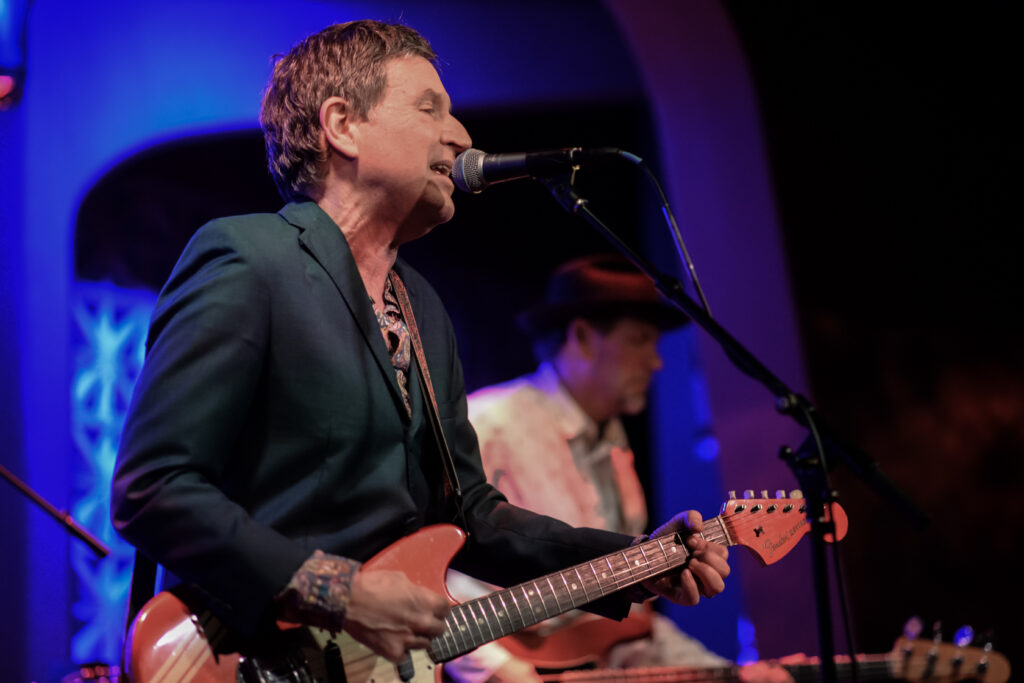 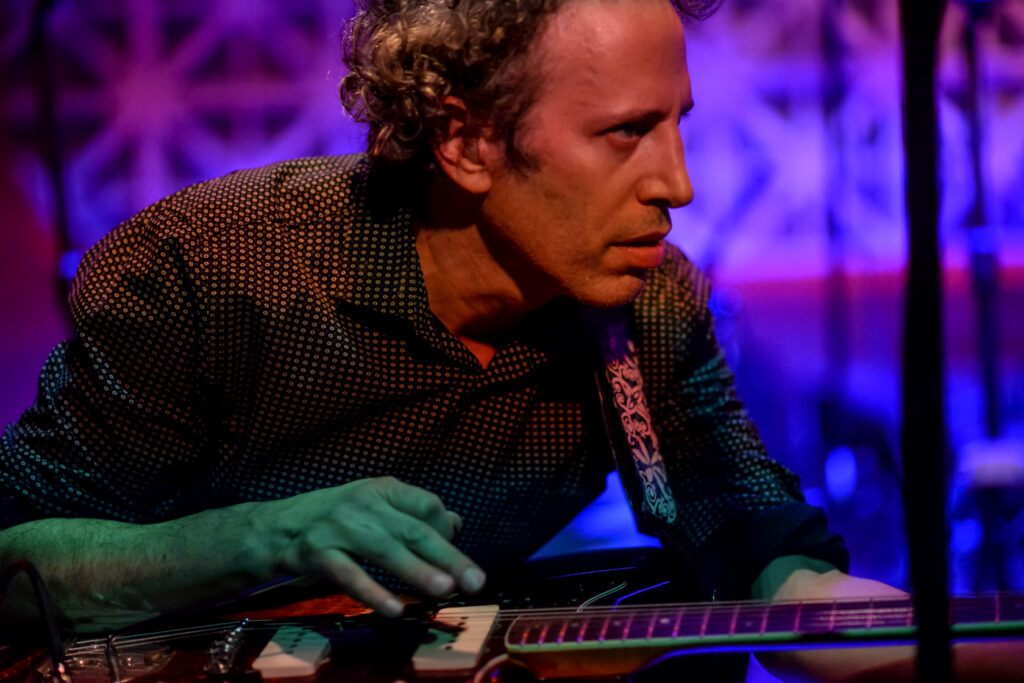 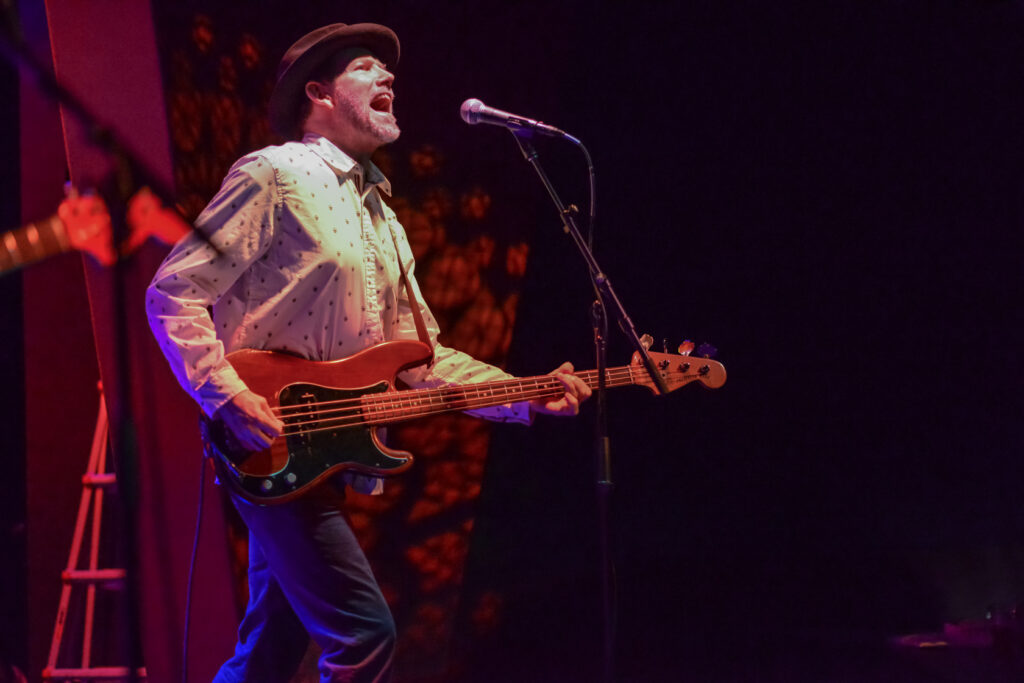 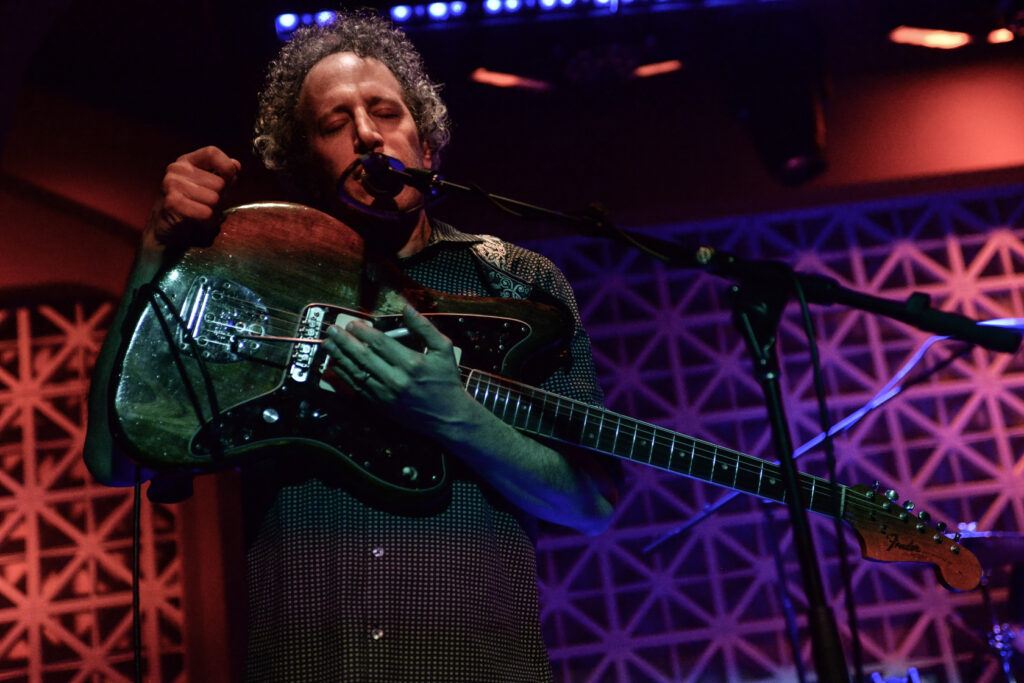 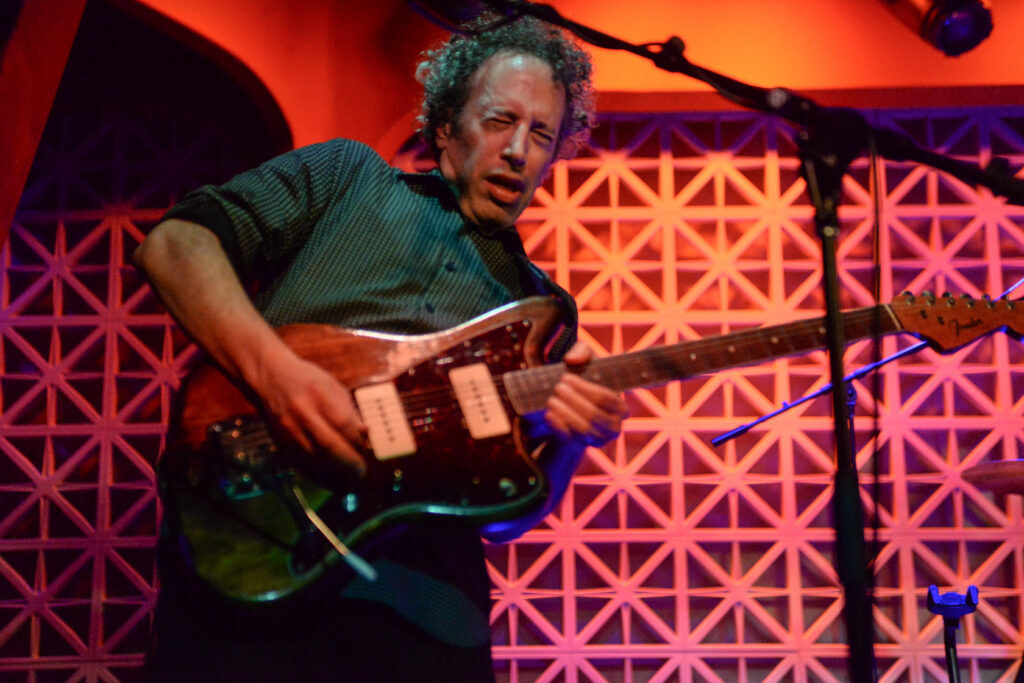 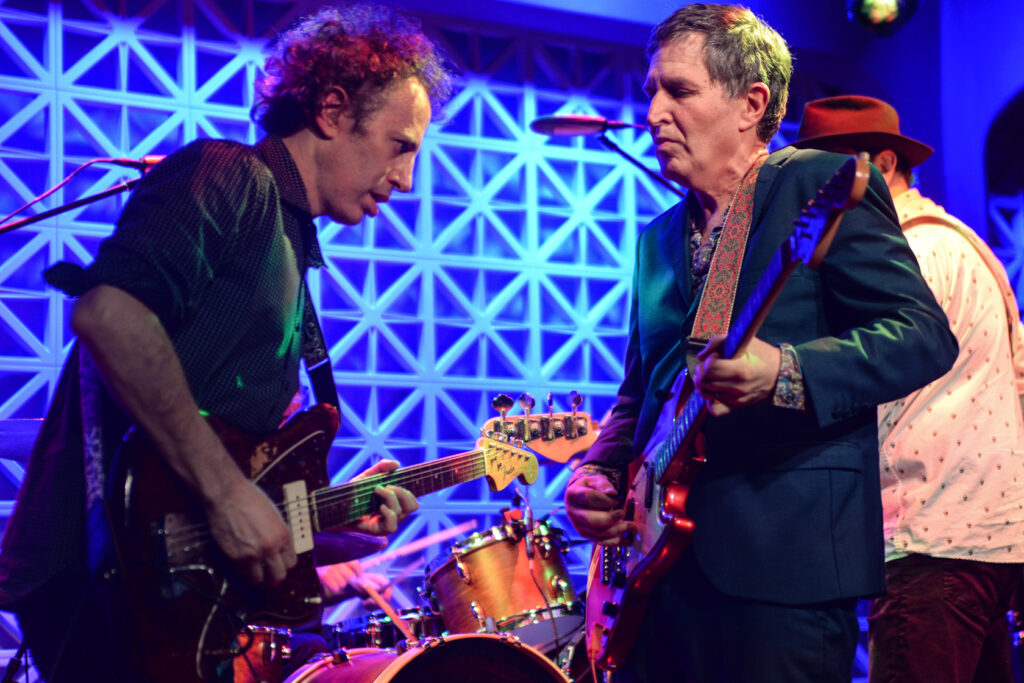