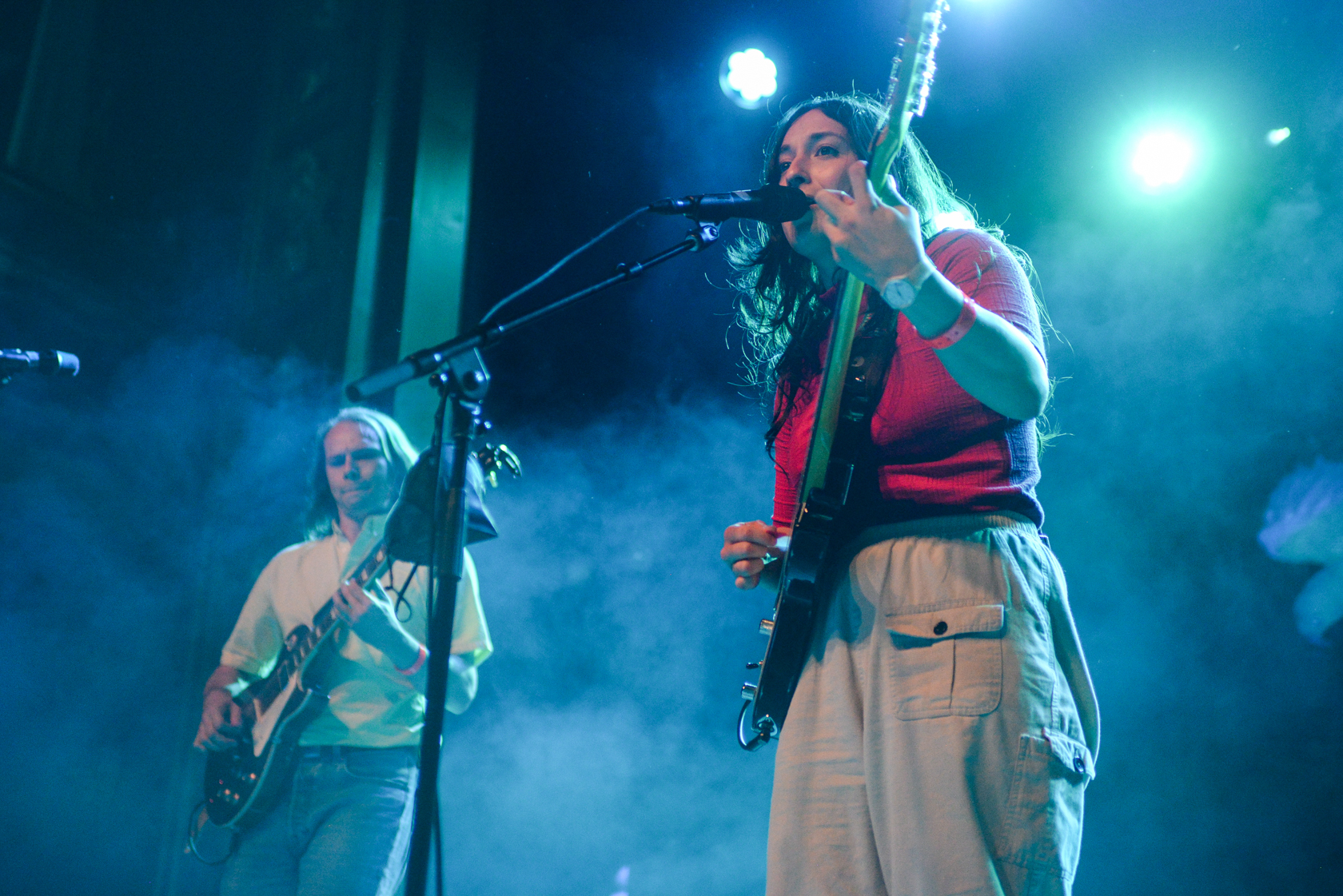 The Beths at Webster Hall (photo by Ray Rusinak)

Through no fault of their own, New Zealand’s The Beths have unfortunately not played here in New York all that much. First hitting our shores fresh on the heels of their debut full length, Future Me Hates Me back in the fall of 2018, Liz Stokes and The Beths played to sold out crowds at Mercury Lounge and Alphaville. Fortunate enough to have caught the Alphaville show, I came away saying to myself that this band was a sure bet.

Next time around there was no way they would be playing small DIY venues. Six months later, low and behold they were headlining another sellout crowd, this time at Music Hall of Williamsburg. Once again I was completely WOWED by the band. Whereas the Alphaville show presented a band still growing and learning how to play and perform on stage, the show at MHOW in March of 2019 displayed a band that had shaped itself into a serious performing act to behold. The band was scheduled to play an abbreviated US tour in April of 2020 where they would be playing small intimate venues prior to the release of their second LP, Jump Rope Gazers, which was slated for a July release. Well needless to say touring became a thing of the past in April 2020 and the tour along with the scheduled show in Brooklyn at Rough Trade (which had sold out in a matter of minutes) were scrapped.

Jump Rope Gazers was released in July 2020 right on schedule and displayed no sophomore slump whatsoever. The album, I’m sure, would have vaulted the band to that next level if the band had been able to tour behind it. Unfortunately for The Beths however, they were stuck in New Zealand which had effectively locked their country down. And when I say locked down, I mean locked down for REAL. But while we here in the States were fighting amongst ourselves over lockdowns, masks, mandates and our precious civil liberties, New Zealand proved to have pretty much sealed the virus out of their country and as such the band was able to do a certain amount of touring and live performing at home while the rest of the world hunkered down in their homes. In any event, The Beths were able to capture some of this live performing on 2021’s The Beths Live In Auckland 2020. The album (and its companion video) aptly captured what should/could have been.

Which brings us to The Beths FINALLY being able to celebrate their great second album on stage here in the States. Ironically enough, we even had to wait for this to happen yet again when their original January date at Webster was scrapped— thanks a lot Omicron. Fortunately this time it was only a month delay, but nonetheless when The Beths took the stage at Webster Hall on Wednesday night, opening with the opening track “I’m Not Getting Excited” off of Jump Rope Gazers, it was quite clear that the packed room of fans were as happy and ‘stoked” (pun intended) for The Beths to be back in New York as was the band itself.  As someone who’s been going to shows at Webster going back to its days as The Ritz back in the early 80’s, I can say that the main floor has always bounced up and down along with enthusiastic fans as they dance and jump up and down to the music. This was however the first time I’ve ever experienced this phenomenon on the very first song of the evening. Not missing a single beat, Liz Stokes and the rest of the band (Jonathan Pierce on lead guitar and vocals, Ben Sinclair on bass and vocals and Tristan Deck on drums) ripped into a couple of fan favorites from Future Me Hates Me in “Not Running” and “Great No One” before playing their current single “A Real Thing” (presumably to be included on their upcoming LP which is supposedly completed).

One thing which has not changed at all about The Beths since they have grown from playing small DIY rooms to headlining rooms like Webster Hall is their genuine humility. Each and everyone one of the band members is clearly very much aware that they are lucky to be doing what they truly love and even luckier to be doing it for an ever growing fan base***. They bring an almost effervescent energy to their shows which bubbles over into the crowd. They are clearly having a lot of fun up on stage and when one witnesses that kind of exuberance it is only natural that it spills over to the audience who in Wednesday night’s case, despite the shoulder to shoulder lack of space, were absolutely having a complete and total blast.

[***Ed. note: Can 100% confirm this was true both on stage and off, I work at Webster Hall and sold merch at this show. The band was exceptionally awesome to the venue staff and Liz Stokes even taught us some NZ slang when she said merch load out was going “very cruisey” aka stress free. The band was very involved in all aspects of the behind the scenes stuff and it was very obvious that they were truly grateful to be there.]

The band managed to pack 14 songs into about an hour throughout the main portion of the set, split relatively evenly between their two albums. Sadly my only complaint about The Beths’ live shows in the past was their brevity and this seems to not have changed all that much this go around either. That being said, what the show lacked in longevity was more than made up for in its quality of material. 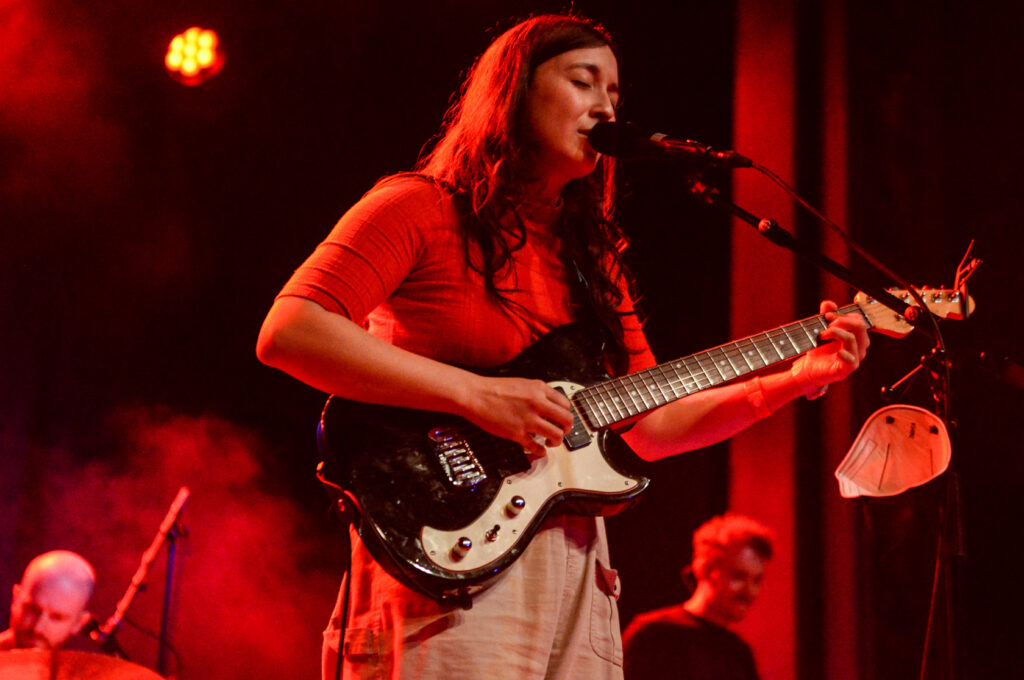 The Beths at Webster Hall

Which brings me to the fact that the band has gotten so damned good since the last time they were here. The jump in quality which I mentioned earlier between their visits in 2018 and 2019 has not at all slowed down. What especially stood out to me was the quality of the vocals and harmonies. This has always been a standout on the studio album recordings but now it is more than safe to say that at this point the band has gotten to where they can match those very same harmonies in a live setting just beautifully. The stretch of three songs to conclude the main set, “Whatever”, “Little Death” and “Future Me Hates Me” all from the first album had Stokes and the band clicking on all counts. Stokes’ phrasing and her ability to switch from her low key natural voice to her breathtaking falsetto was spot on. Meanwhile Pierce’s guitar solos were perfectly timed and I found them to be both understated yet totally captivating. All the while you had Deck and Sinclair providing a steady yet funky backboned rhythm section.

After a brief minute or two offstage, the band returned for an encore. While Stokes did joke with the audience when a request from a fan in the crowd for them to do their version of “Have Yourself a Merry Little Christmas” from their 2018 holiday release, the band proceeded to light it up with “River Run: Lvl 1” and “Dying To Believe.”  All in all the show was near perfect and had this particular fan glowing. It was somewhere around midway through the set that the thought popped into my head that The Beths live show exudes “sunshine.”  I’m not sure if it’s the girl group meets The Beach Boys kind of harmonies or the bubbly upbeat music itself but The Beths are a near perfect soundtrack for summer fun. And while Wednesday afternoon did have temps in the in 60’s, upon leaving Webster Hall, the crowd walked out to more February like 30 degree temps. But it was no worries because the warmth and sunshiny feelings that The Beths bestowed upon us would be more than enough to keep us glowingly warm and comfortable for our trips home. 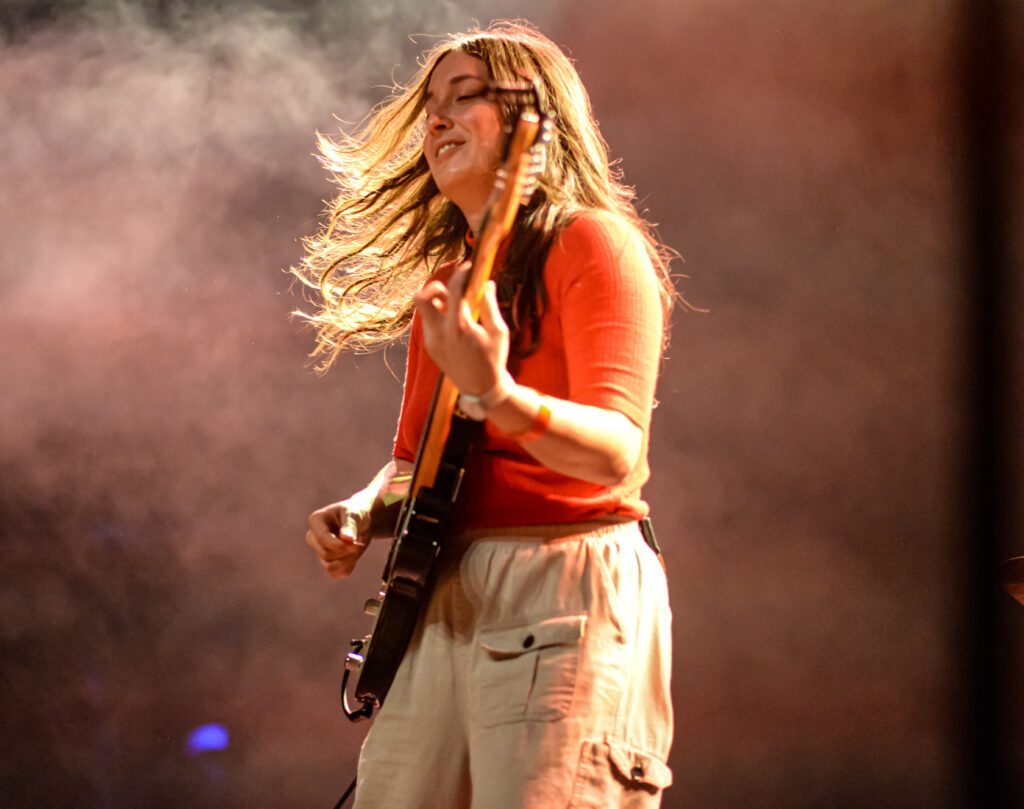 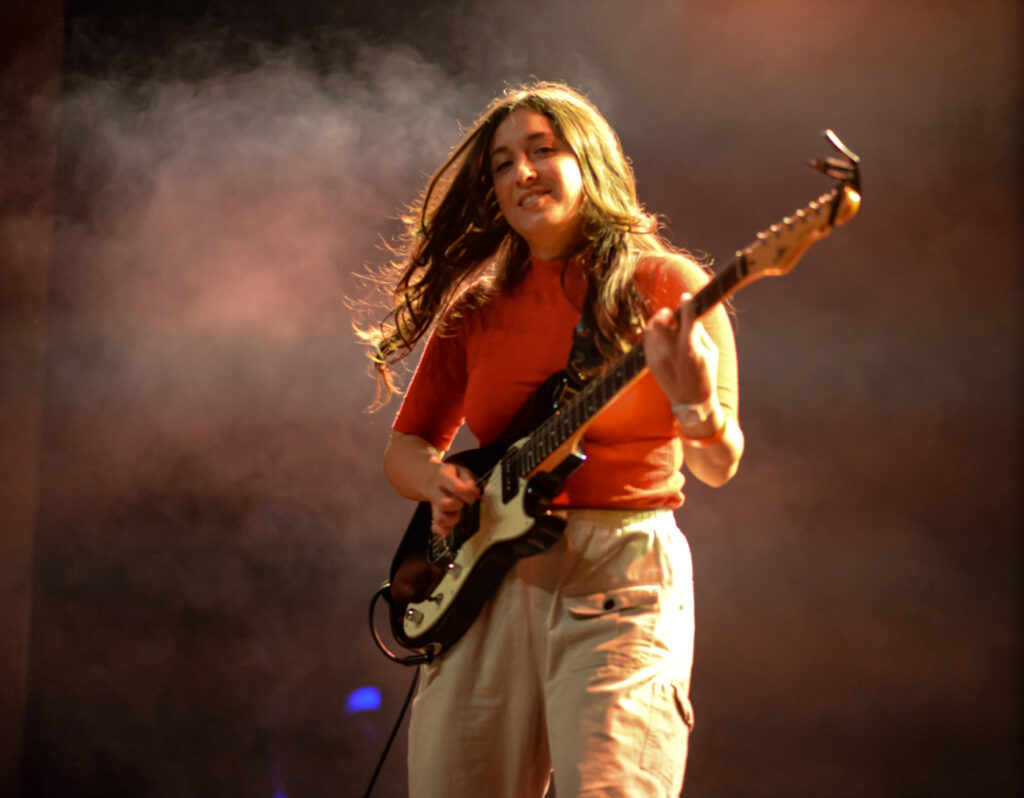 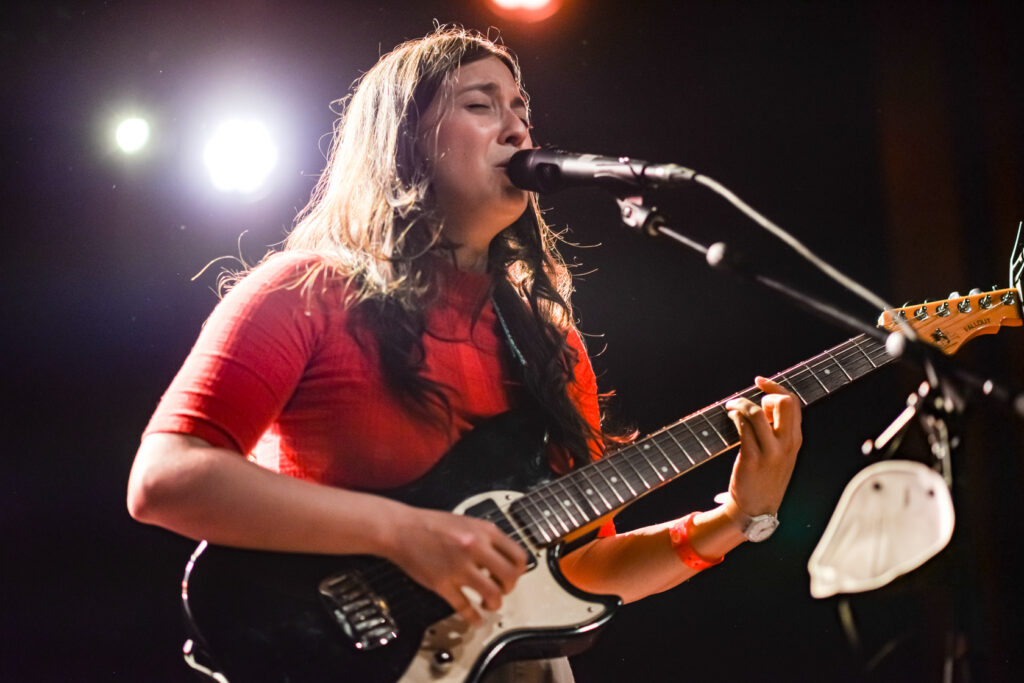 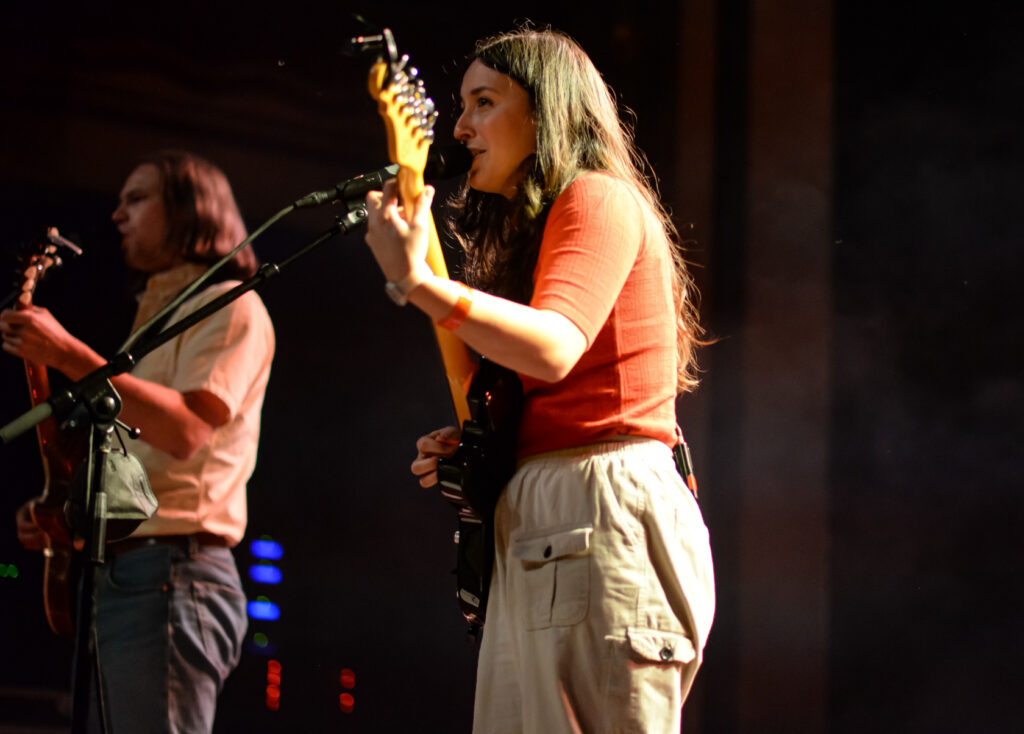 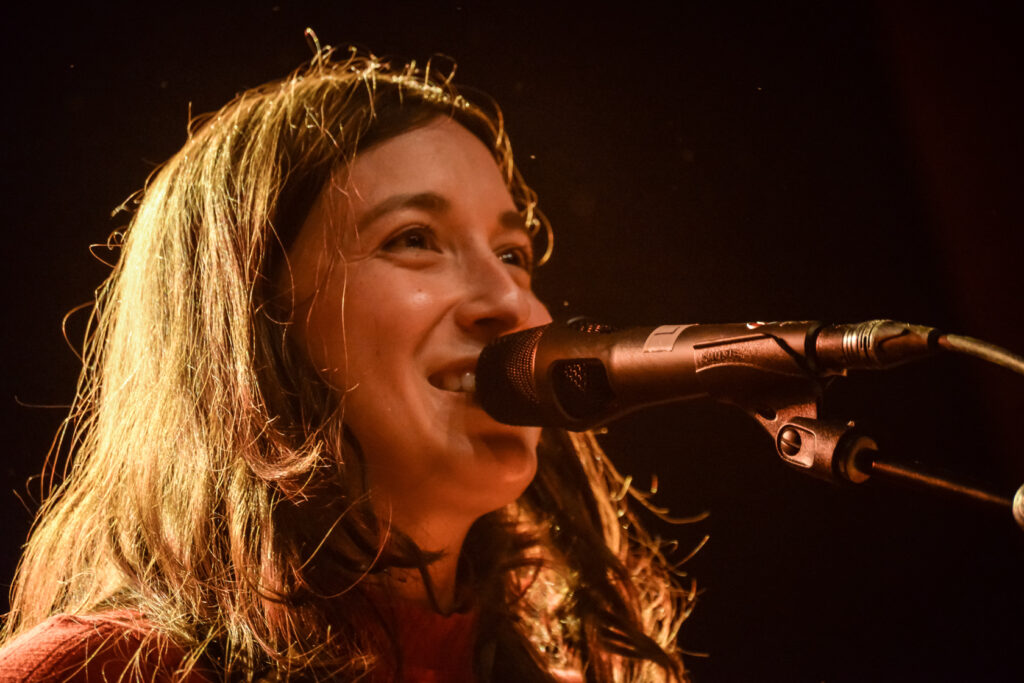 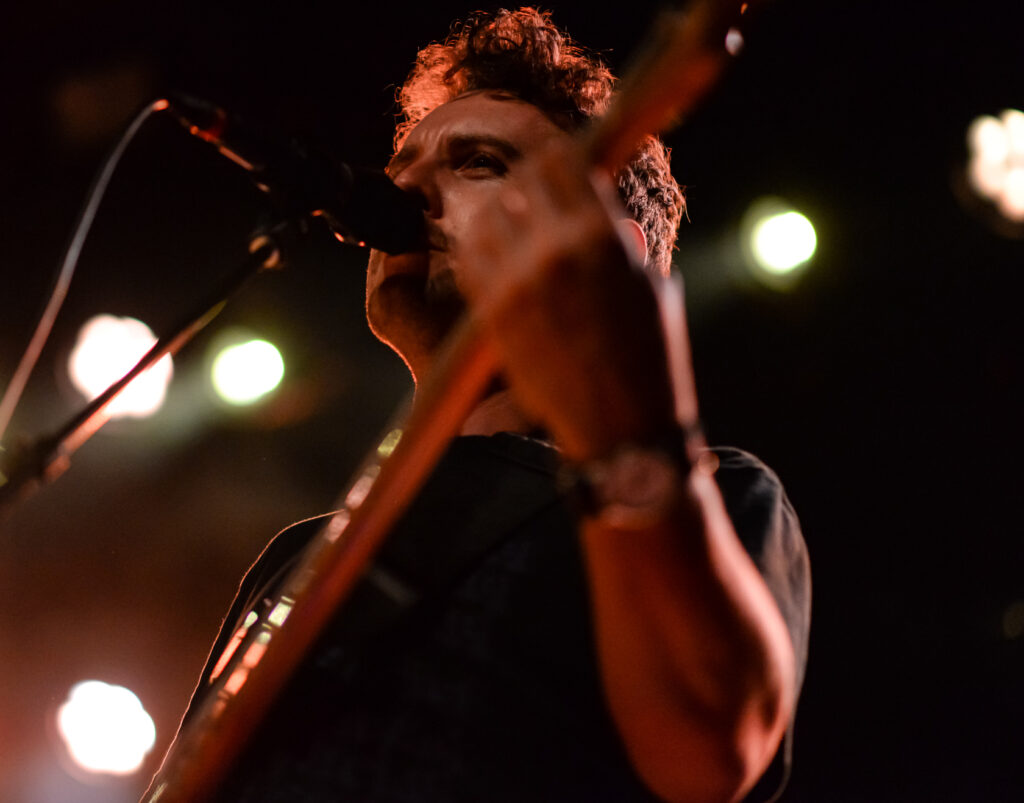 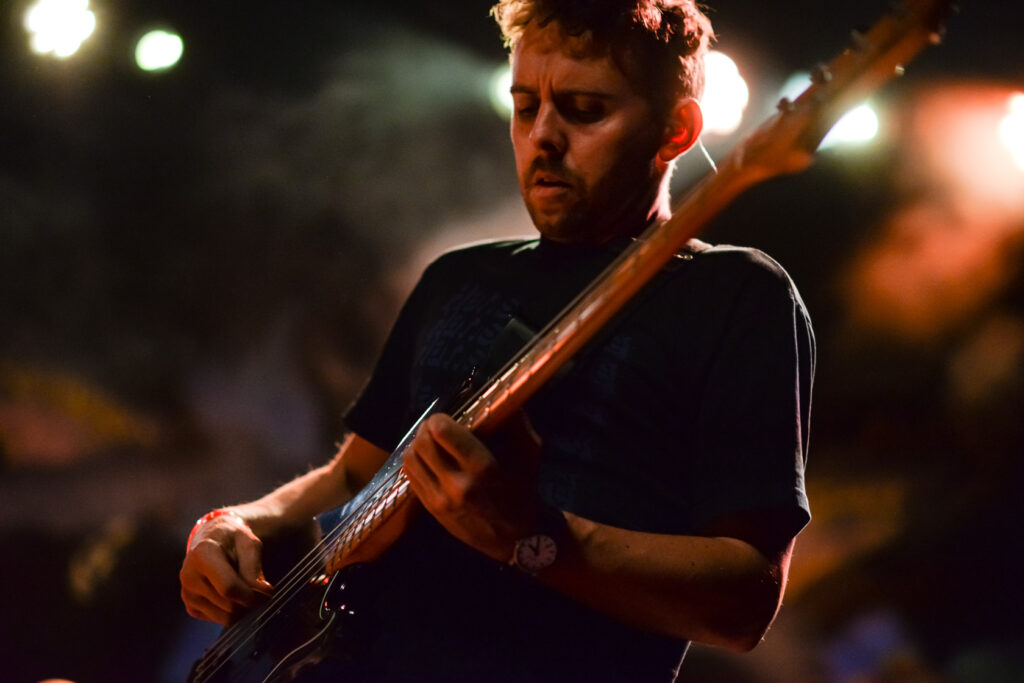 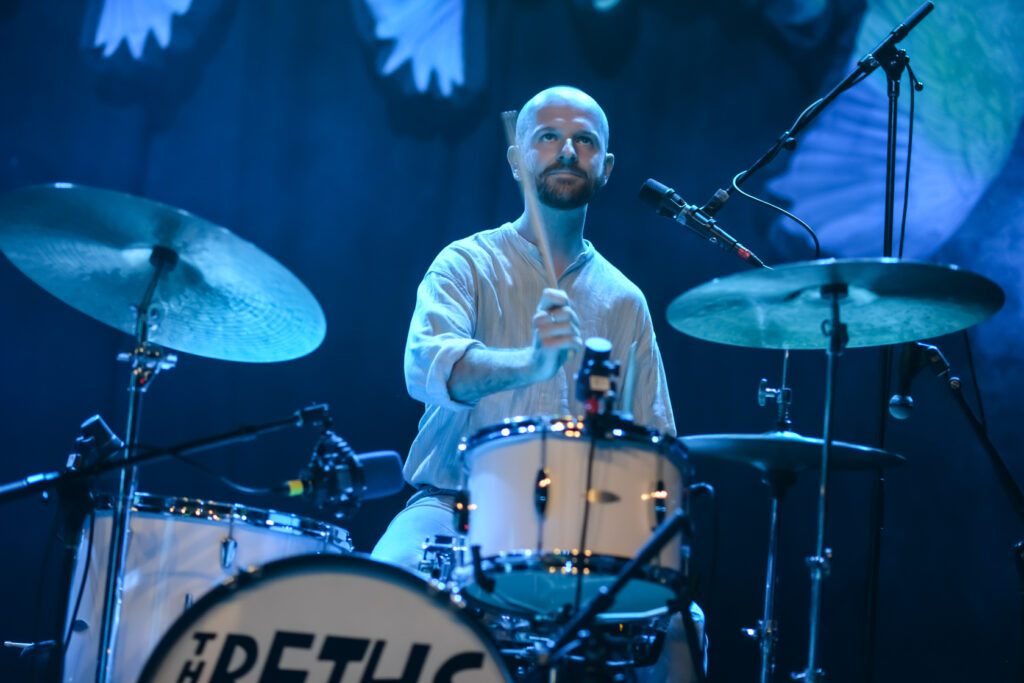 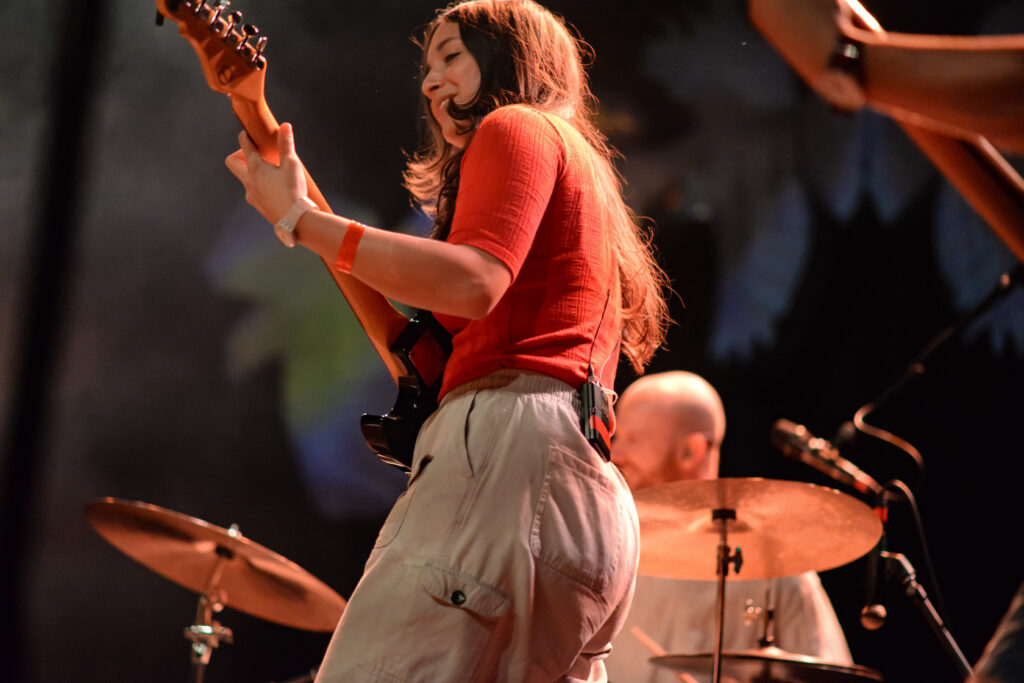 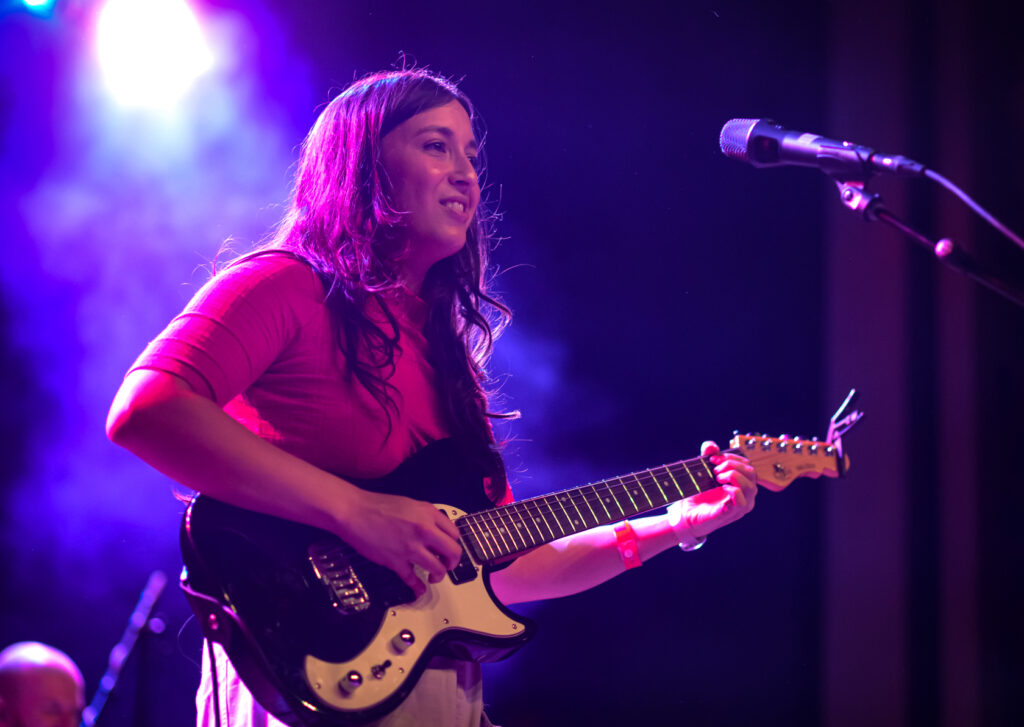 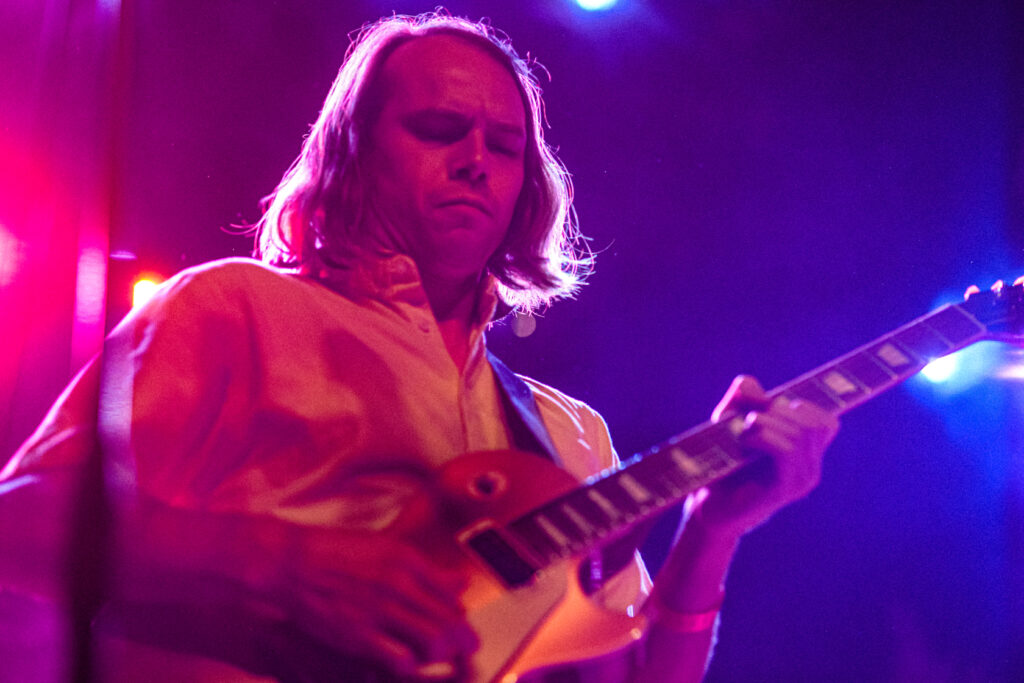 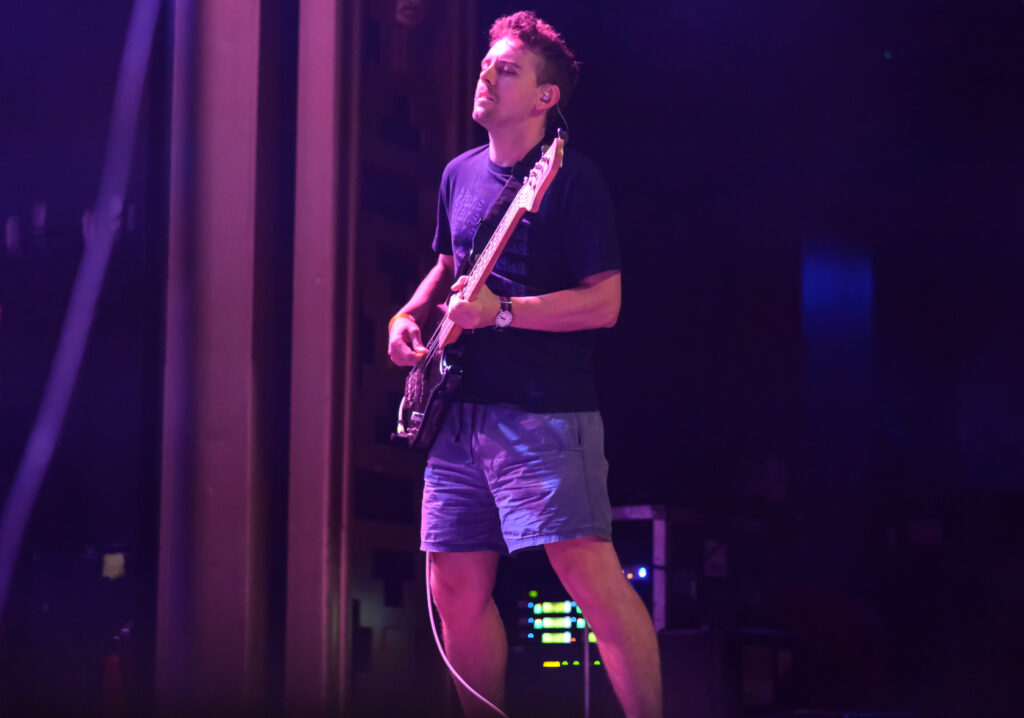 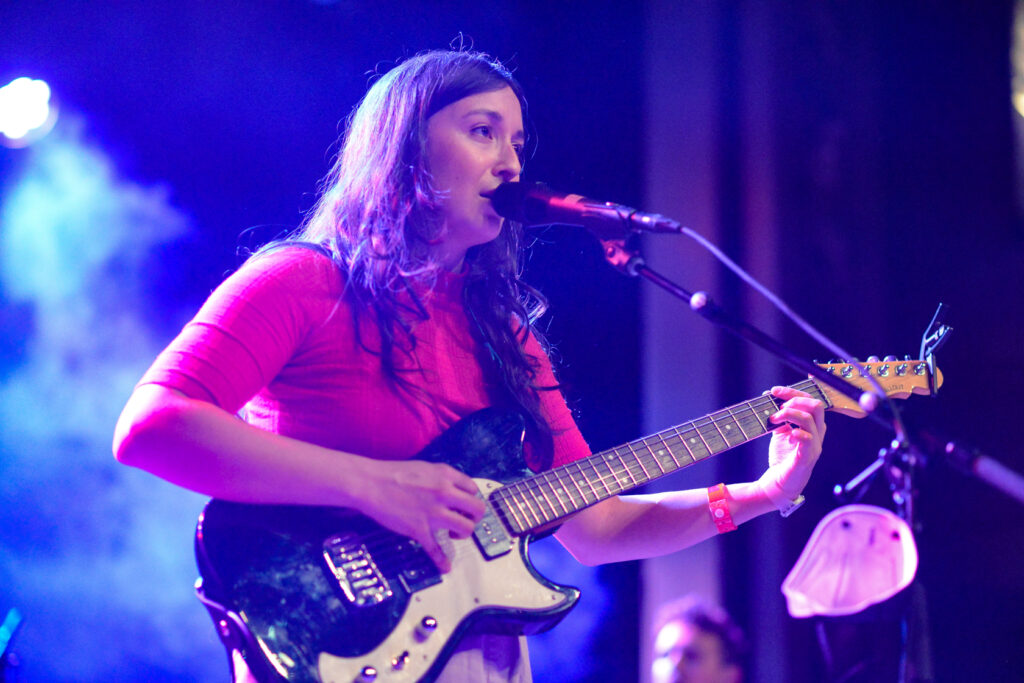 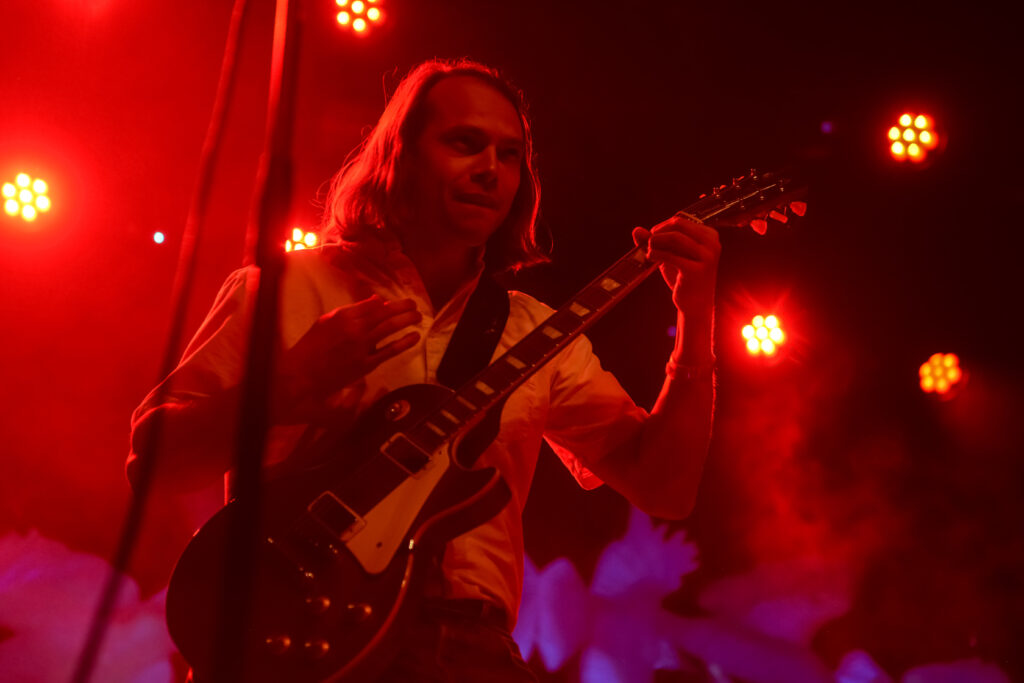 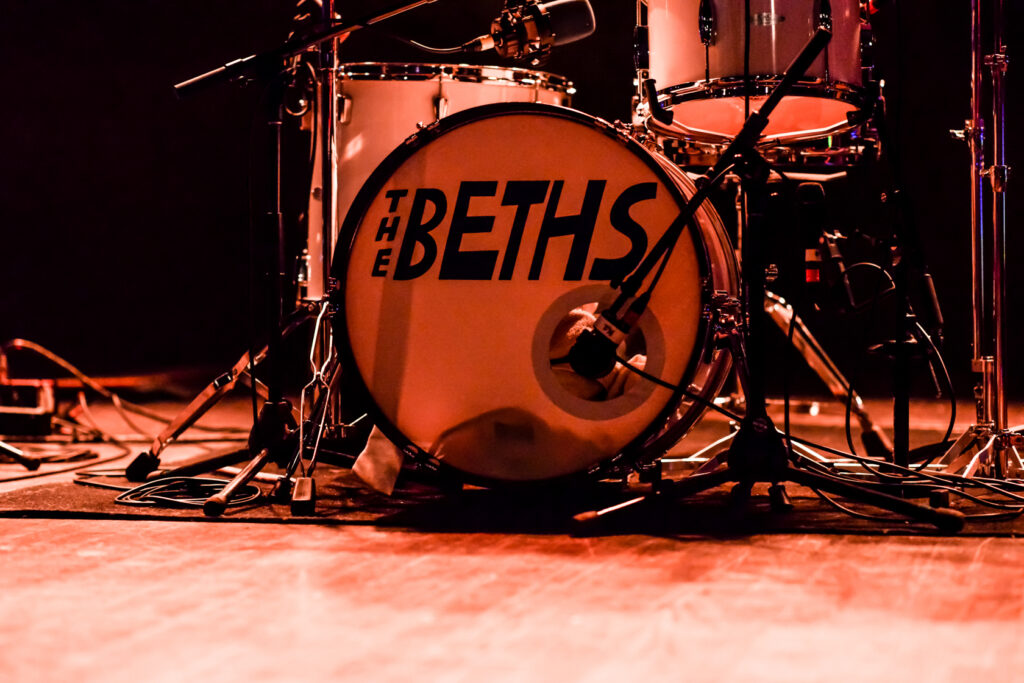 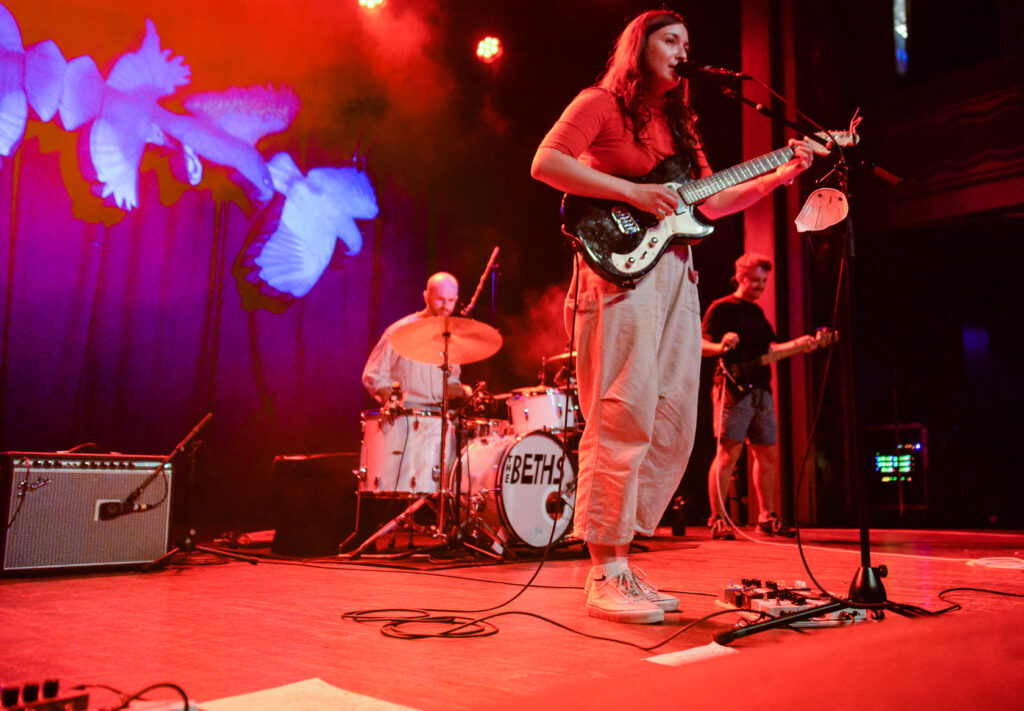 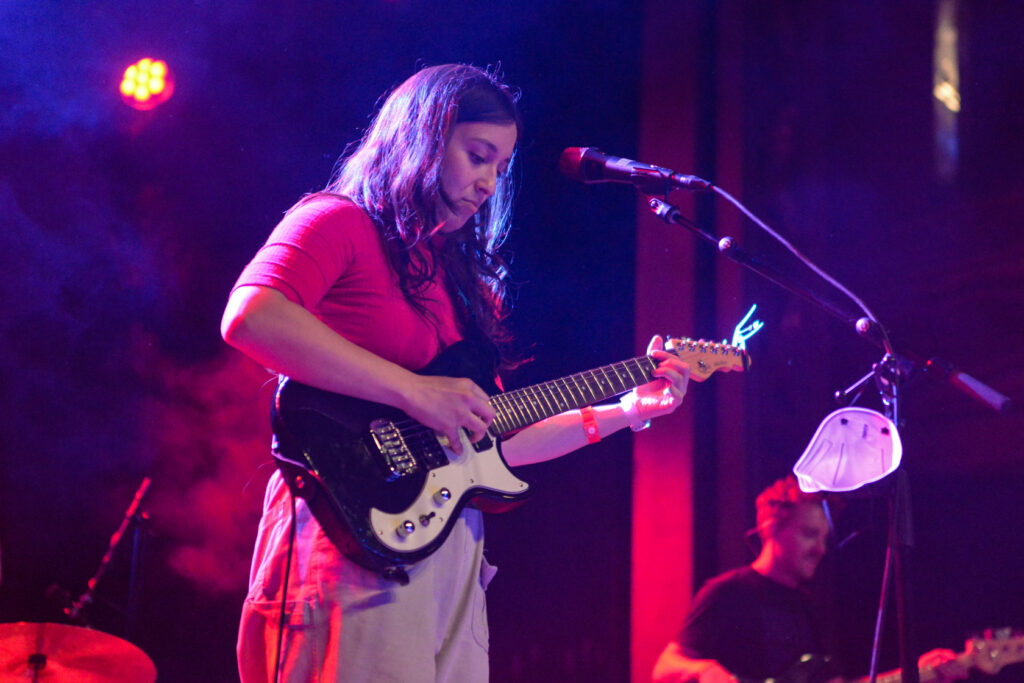 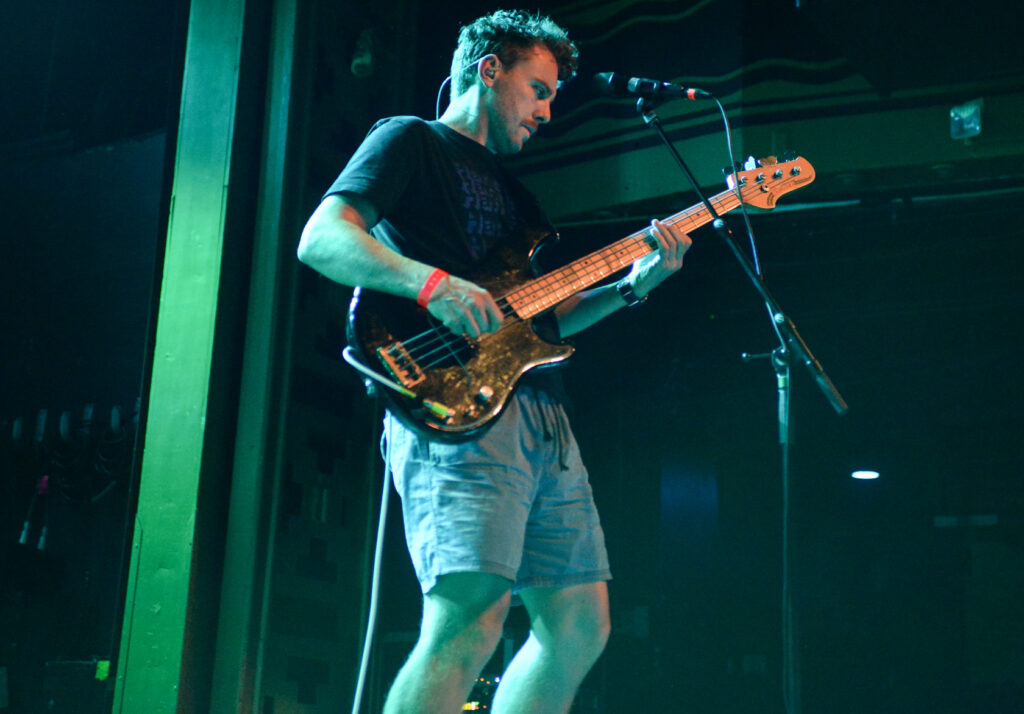 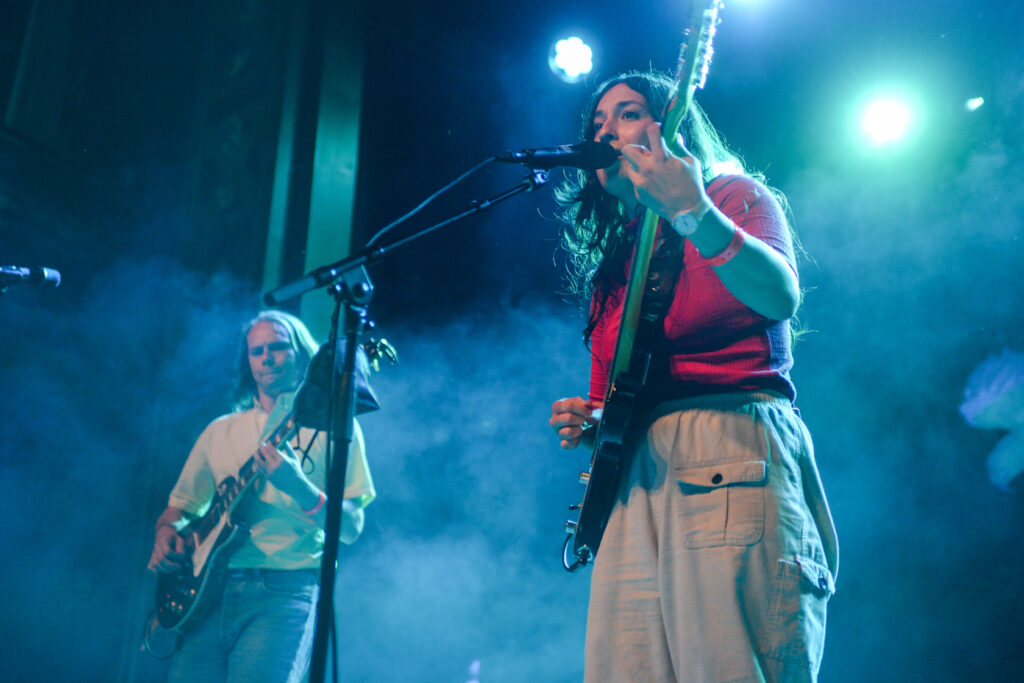 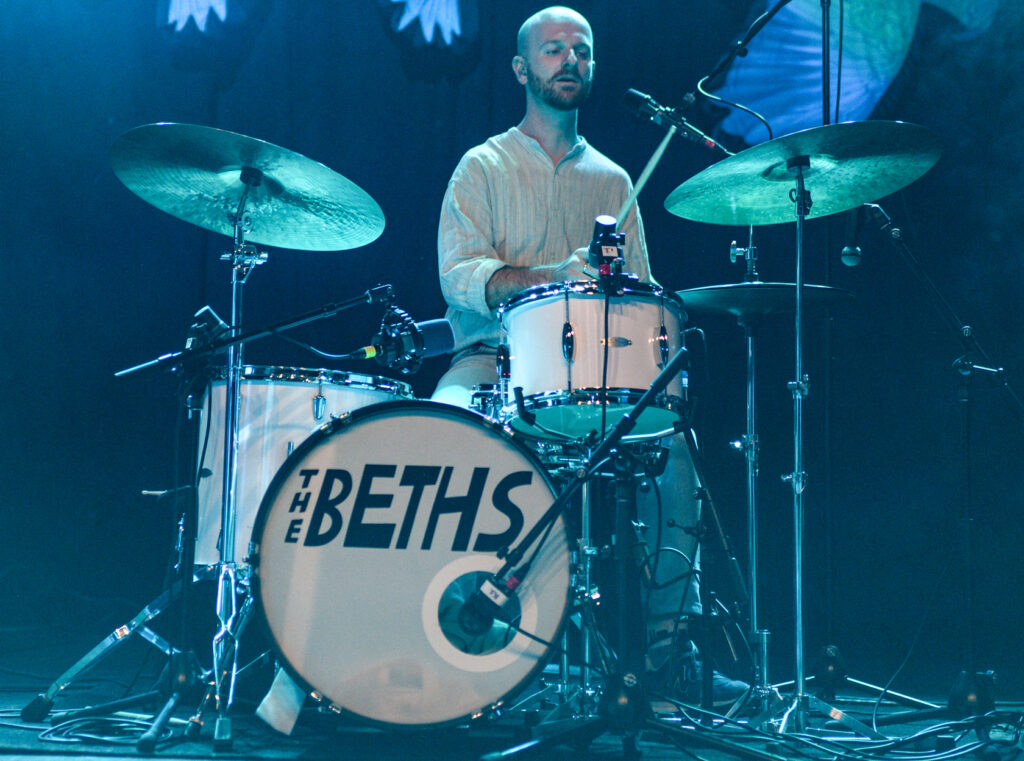 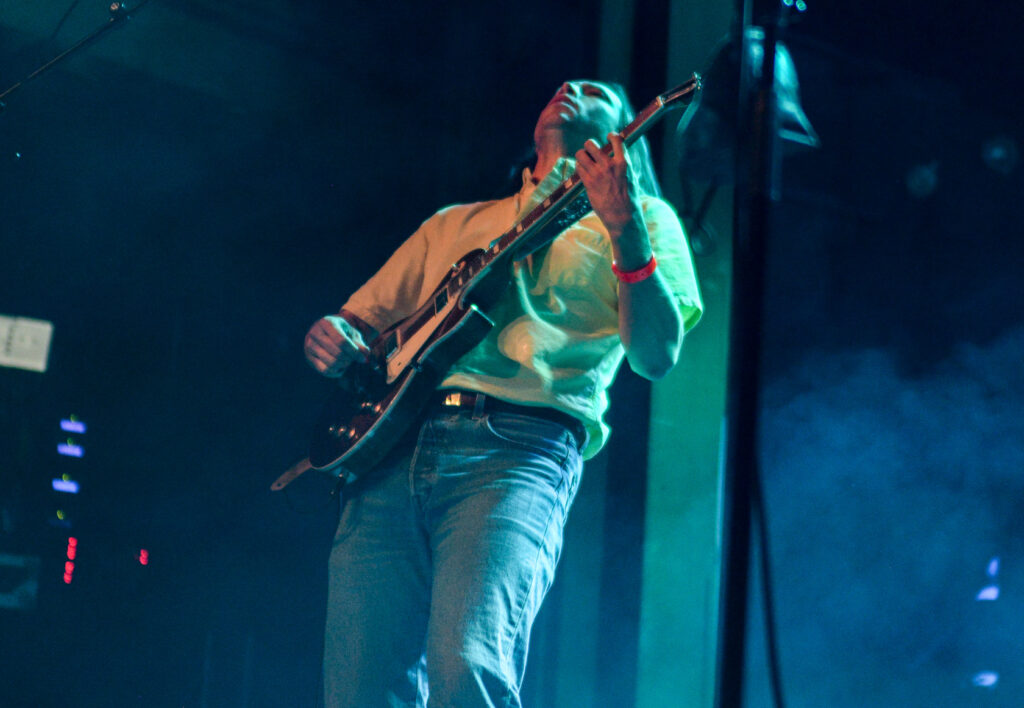 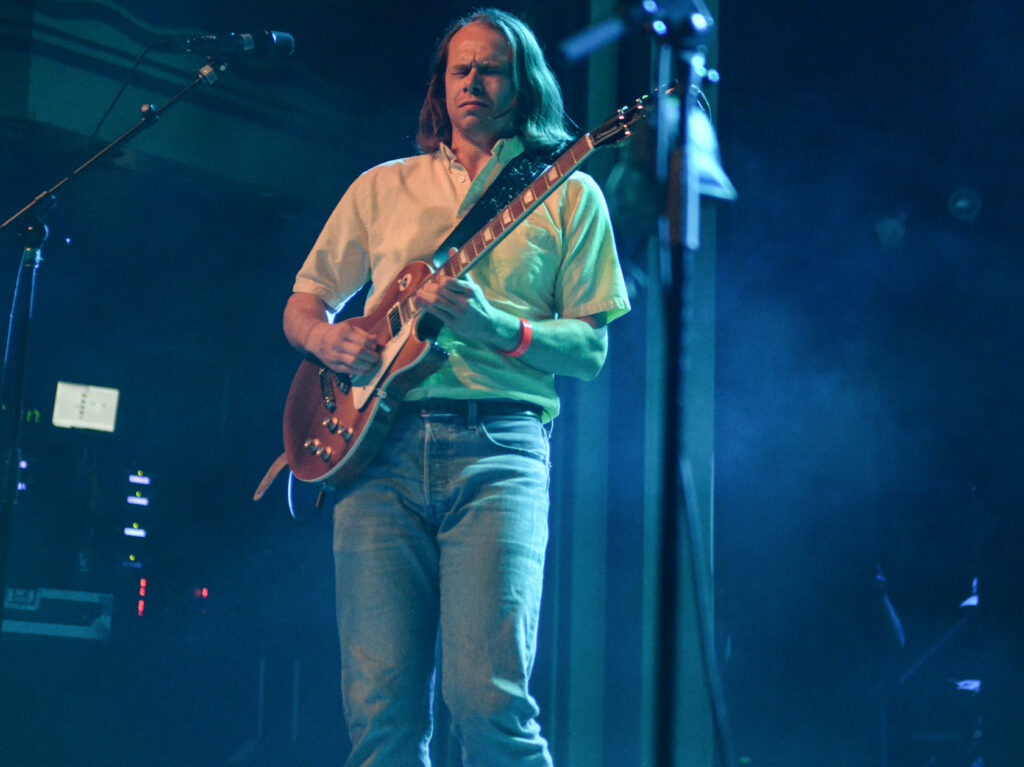 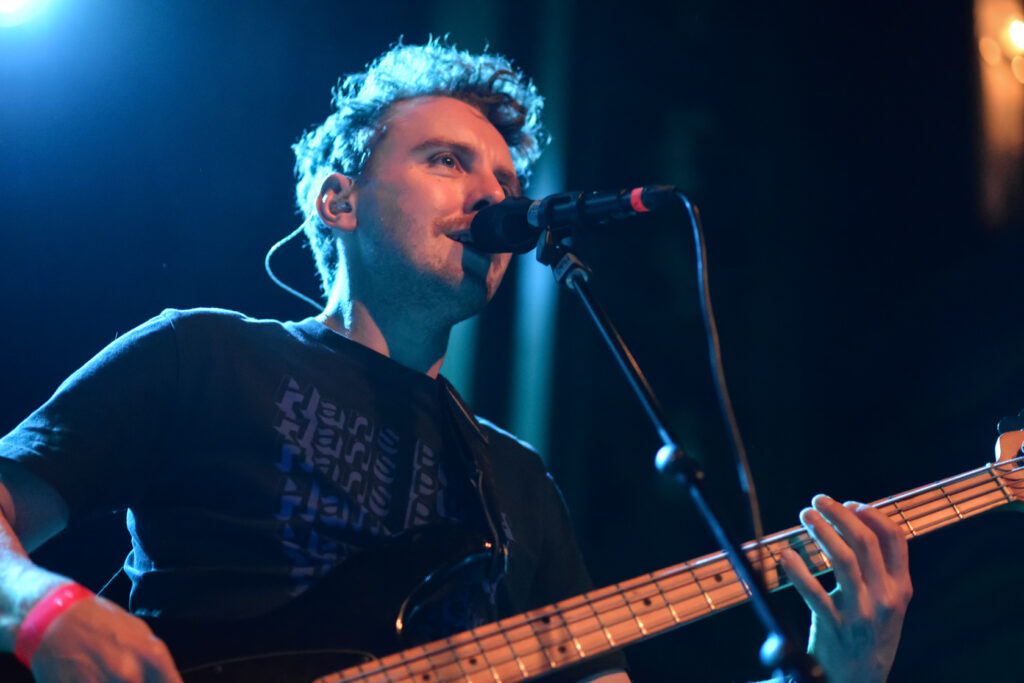 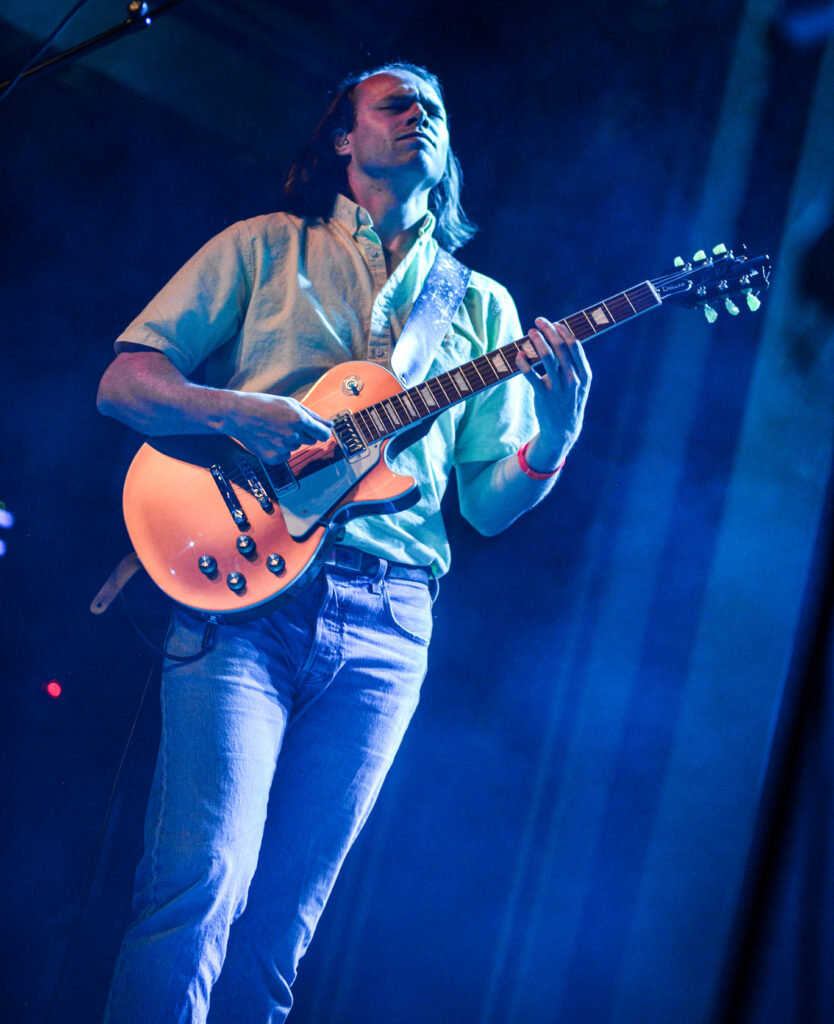 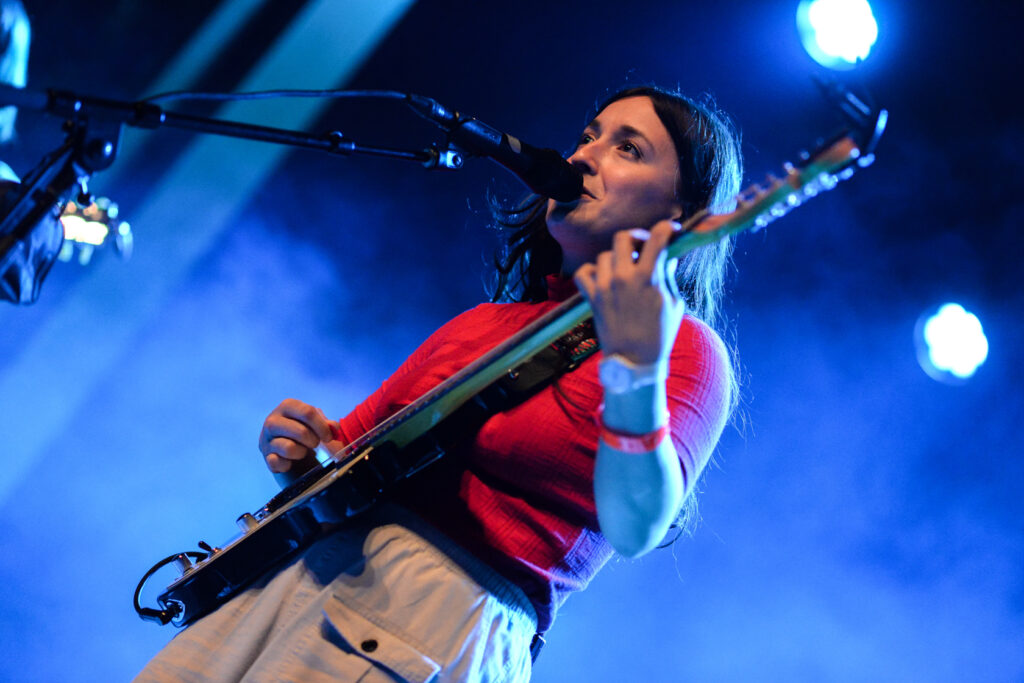 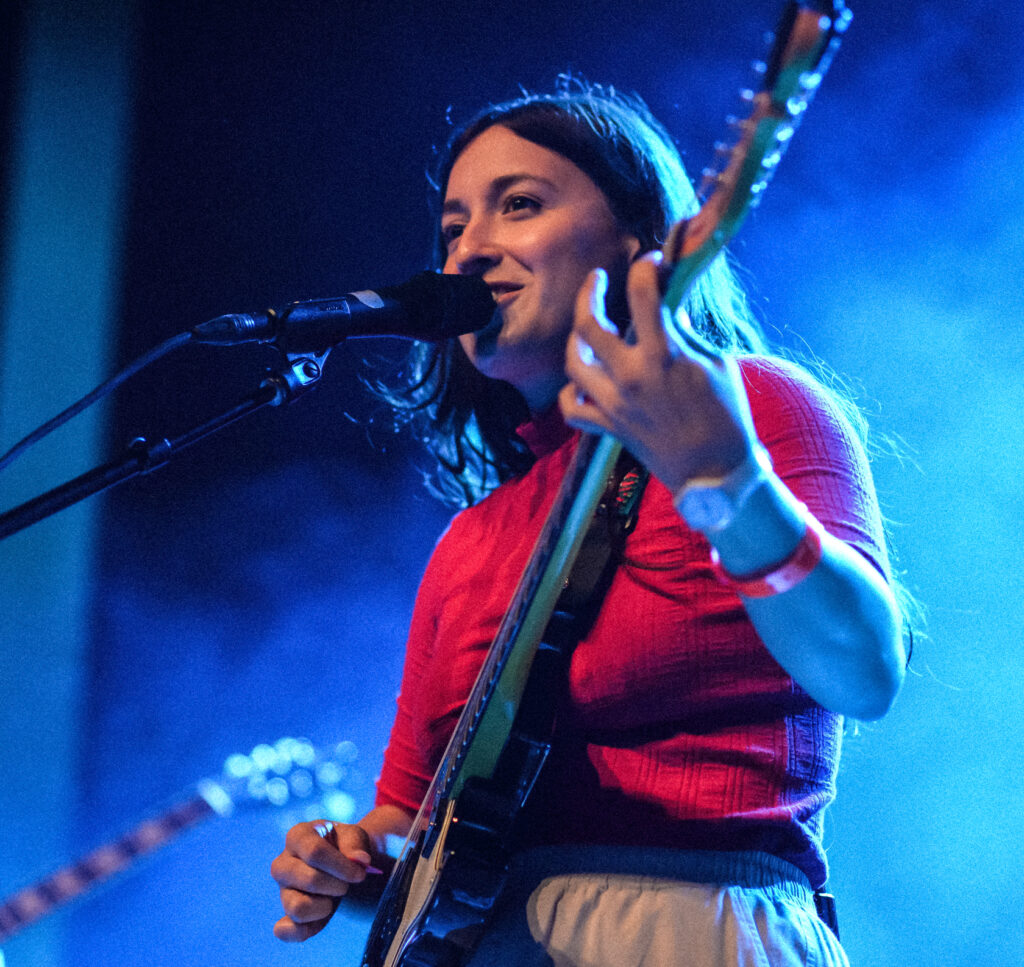 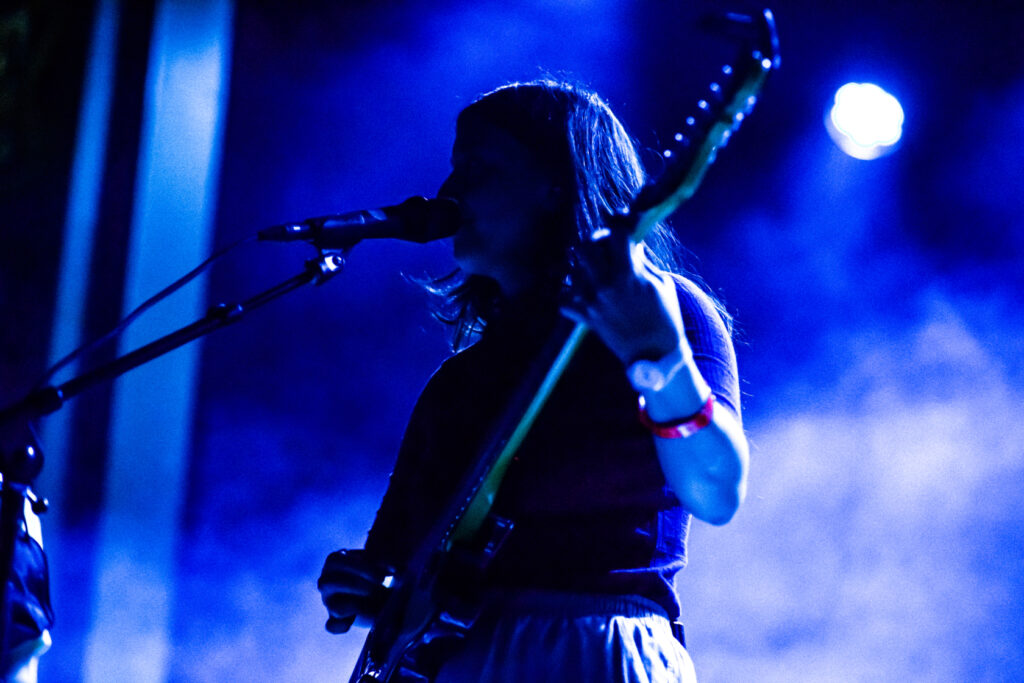