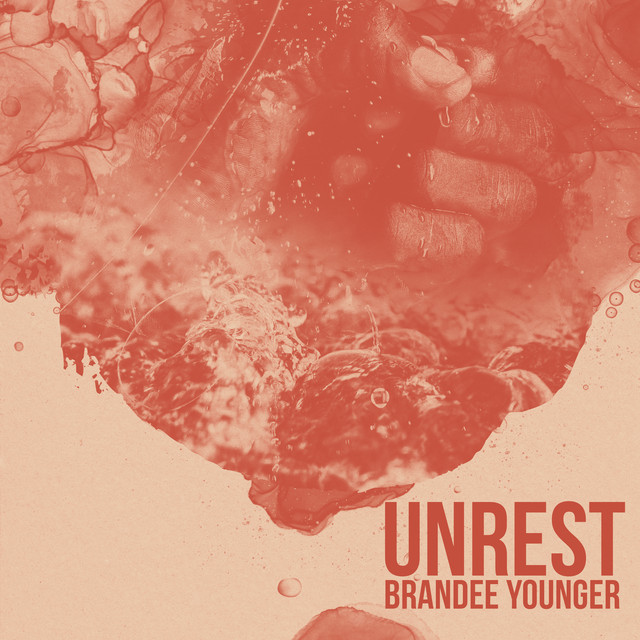 It’s breathtaking to watch an artist rising toward their peak. Before the pandemic, during the pandemic, and now in whatever stage we’re in, harpist Brandee Younger has been a restless and prolific force in the realm of jazz (or, as trumpeter Nicholas Payton rightfully insists we all say, Black American Music, or BAM. You can read his essay on that here). It’s been a steady ascent for Younger since 2019’s stunning Soul Awakening. Her latest effort, a deeply affecting two-song EP called Unrest, features two of her strongest songs to date.

Unrest is hot on the heels of her 2021 acclaimed release, Somewhere Different, her debut for Impulse! It represents Younger’s musical reflection on the uprisings we’ve seen in recent years against police violence and the ever-present racism so inherent to US society. On the lead track, “Unrest I”, Younger needs only her harp take the listener on her emotional journey, of anxiety, anger, aching, and sadness. The melodies are striking and tense. They soon give way to a more introspective interlude, Younger working delicately yet deliberately around the harp, perhaps grasping for notes as we would words to describe the indescribable. She returns to the theme, all the more cutting after hearing her seemingly reaching for answers.

“Unrest II” features the rhythm section of Allan Mednard on drums and Rashaan Carter on bass. Mednard and Carter drive a steady rhythm under Younger’s theme. Much like on the first track, the certainty of the initial theme soon gives way to something more open-ended, this time in the form a brief but phenomenal drum solo by Mednard. Soon, Carter and Younger reprise the initial theme before closing out the tune.

Produced by Younger’s partner, bassist Dezron Douglas (with whom she recorded 2020’s “pandemic record” of their livestream brunch sessions, Force Majeure), Unrest further solidifies Younger’s distinctive voice. Her playing and songwriting have both depth and subtlety, and while Unrest is not as modern sounding as Somewhere Different, it reminds us that the struggle Younger writes about here is a centuries-old one. But, there is hope in the unrest, that we are advancing toward something better.

Unrest is out now via Impulse! and available on all major streaming platforms.