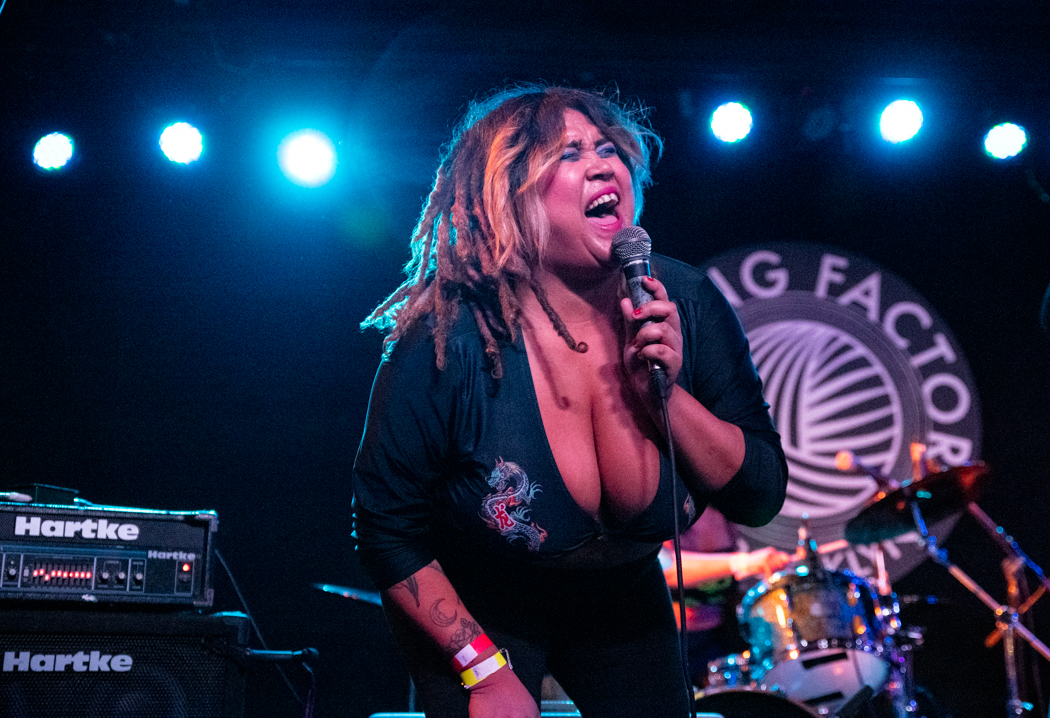 Feminist post punk garage quartet and FTA faves, Frida Kill, have released a brand new music video for their super catchy song “Mujeres Con Mango.” The video arrives ahead of the release of their first tape, EP1, due out 4/15 on Insecurity Hits.

Sung by multi-instrumentalist/vocalist, Maria Lina, she had this to say about the lyrics: “‘Murejes Con Mangos’ was fueled when reports of undocumented workers were being arrested for selling Churros in the NYC and of a memory I have of passing by an old family friend Margerita (who sells Mangos all year round on Knickerbocker Ave) who was getting a ticket by the cops in the bitter freezing cold for selling mangos. She was very upset but did not back down. I stood with her for a while, bought some mangos and gave her some money and a hug. I feel like a lot of the time these people that provide fresh fruits, treats and ice cream for us on the streets go unseen. They spend time preparing these small things to make money to pay their rent, send their kids to school, send money abroad to their families just like everyone else. They get up everyday and go to work outside in the heat, in the freezing cold, harmless and out of the way and still, the system finds a way to criminalize them. I wanted to write a song for them, give them a voice, I want people who have never thought about them to be kind, have empathy and see them when they pass them. I want people to appreciate them. I want people to help in anyway way can and I hope the message gets across with my song. I have my mother to thank for always instilling empathy to my siblings and I. She opens her doors to anyone and is extremely helpful in her community.”

The video was directed by artist Holly Overton who matched the band’s vision for the song, saying: “I wanted to communicate the seriousness and thoughtfulness of the content behind the lyrics while empowering the band’s sexy and energetic star power at live shows. Each band member has a solo scene in “a day in the life” in gentrified Bushwick, with the intimacy of narrative short film, influenced by Kenneth Anger’s Scorpio Rising (1963). These realism scenes are interrupted by performance footage shot by Tasha Lutek in what we termed “the red room.”  As an untouchable fantasy realm of women performing music, the aesthetics of the “red room” footage were inspired by the car show dance scenes in Julia Ducournau’s film Titane (2021)”

The band will perform a release show at Our Wicked Lady on Thursday 4/14 along with Weeping Icon, The Rizzos, and Duke of Vandals.

Watch the video below: