Pictoria Vark- The Parts I Dread 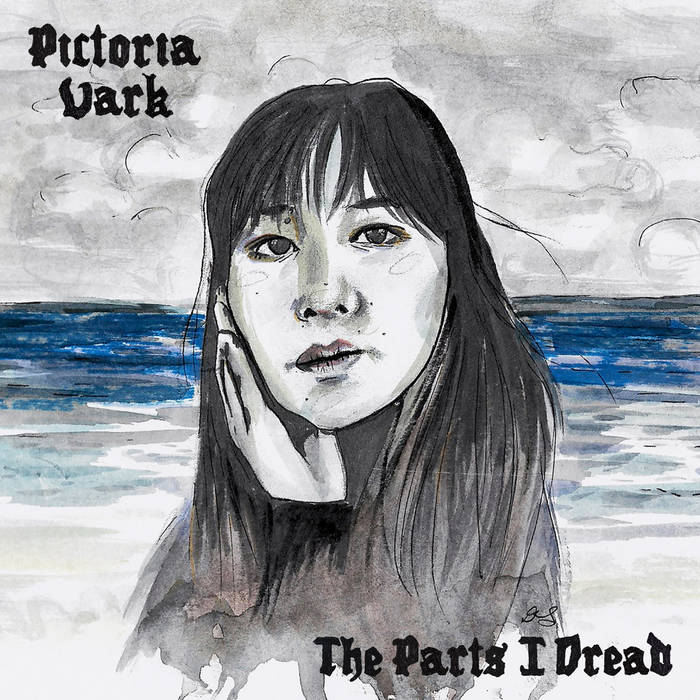 Pictoria Vark is the switched-up performing name of Victoria Park, a bassist and songwriter based in Iowa City. Park has been working as a touring bassist with Squirrel Flower and Pinkshift, but was also releasing her own music over the past few years (her 2018 self-titled EP is available on Bandcamp as a split with Moon Sand Land). The Parts I Dread, on Get Better Records, is her debut LP.

Park is a bassist by trade, and her basslines are quite cleverly composed. That’s not to say the songs are purely bass-driven — there is a mix of guitar, drums, bass and vocals on the album — but something about the song construction belies Park’s bassist roots. The guitars (provided by Gavin Caine, Jason Ross or Michael Eliran, depending on the track) never take over the main riff of the songs with grandstanding, and the solos that do exist meld with rather than overtake the songs. The drums, also played by Caine, complement the songs well, keeping a steady and often laid back beat. Park’s voice is a breath of fresh air — no affectation or overproduction, no following trends. She isn’t trying to sound like anyone but herself.

The album was recorded not only in Iowa but also New Jersey (where Park was born), New York and Colorado. Park told Iowa Public Radio that the “Parts” in the title of The Parts I Dread can refer to geographical place, ala Anthony Bourdain’s Parts Unknown, and the songs do span the country, from Demarest, NJ to Wyoming, yet Park’s confessional, heartfelt lyrics move through not only places but feelings. Although she’s in her early 20’s, Park’s youth doesn’t work against her — she’s forthright, but reflective. The songs are often anxious and lonely, touching on relationships, especially the familial.

Highlights of the album are many, but several tracks especially stood out to me. “Wyoming,” a reflection on her parents’ cross-country move, is also a journey through tempo changes. (The Bandcamp exclusive release has a beautiful solo version of this song which really brings out the plaintive quality of Park’s songwriting.) “Good For” tackles being abandoned when you really need it most (“Why am I here for? Friends who finally shut their front doors?”) “Demarest,” which we also covered in our Single Serve column here, builds beautifully into a perfect penultimate track, showcasing both the gentle moments and steady forward motion that characterize the album as a whole. Fans of current bands like Soccer Mommy (whom Park has opened for, with Squirrel Flower) and 90’s midwestern indie will love this album; I can absolutely see fading “Wyoming” into “I Am A Scientist” by Guided By Voices on a mix.

The Parts I Dread is out now digitally on Bandcamp; a vinyl release is planned for later this year. Park is currently on tour with Pinkshift; catch them here in NY on May 11 at Terminal 5.