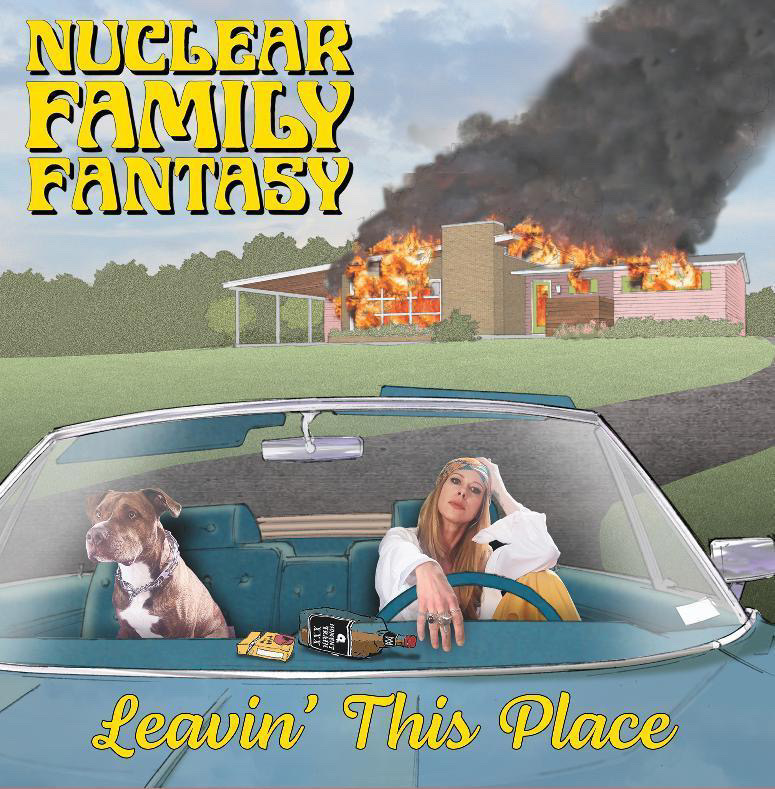 I’ve known Mossy Ross for a long time, first as the drummer for the Brooklyn-based psychedelic rock band, Lord Classic. But after a long pandemic (like, really long and it’s not even over), I wanted to catch up with her and chat about her band Nuclear Family Fantasy which she fronts on bass. They just released a new, mostly electronic album Leavin’ This Place, a departure from the power trio’s usual straight-ahead rock sound. What remains the same, however, are the scathing lyrics delivered in Ross’s defiant alto voice.

Ross started writing the songs on Leavin’ This Place in 2018 and had planned to record it live in the studio in 2020, but the pandemic threw a wrench into that plan. So she started exploring how to produce and record at home, and laid down some tracks.

“I got bored one day,” Ross says, “and I’d always wanted to add more texture and dynamics to the songs because I wanted them to have a pretty quality instead of just being straight-up rock. I figured I would try some melodies, and then I ended up doing the whole thing.”

She experimented with synth, drum machines, and keyboards and then passed the tracks to producer and musician Kelsey Warren of Blak Emoji. Ross credits him with sticking with the theme she wanted, while helping to smooth out her rookie mistakes. 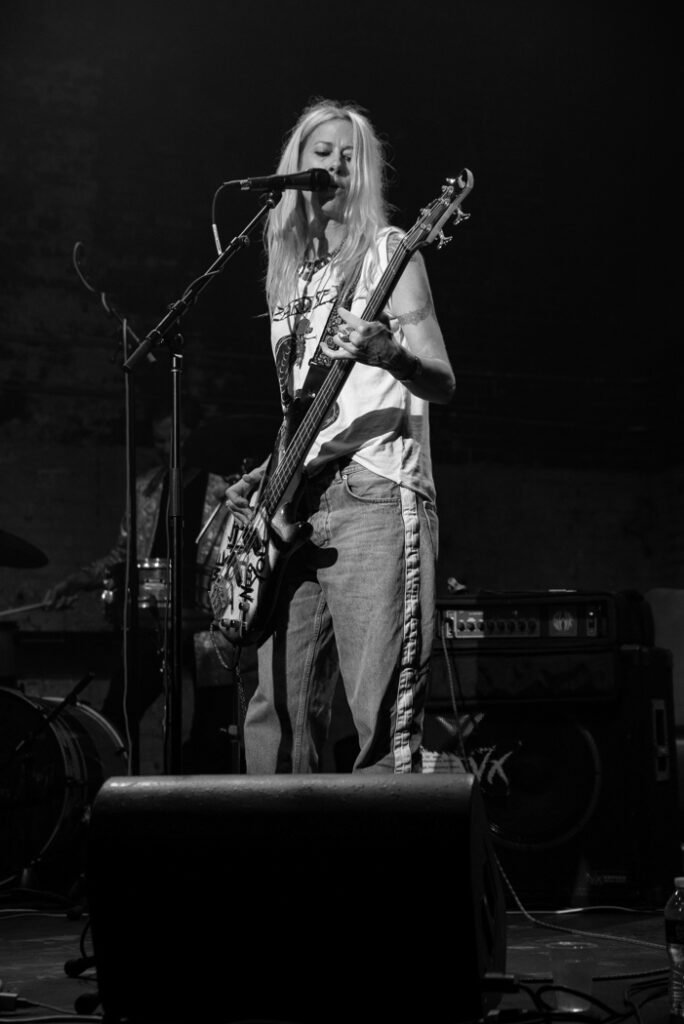 “He produced the hell out of it,” Ross laughs. “We got all these other sounds. And that was unthinkable to me to do anything electronic because when I first started playing in bands in 2006, everybody was using GarageBand, everybody was using laptops for their shows, and my bandmates at the time were super analog and that influenced me. And now I have such a great appreciation for being able to be inventive with sounds and things like that. But that being said, the next album is going to be a three-piece with my new bandmates.”

“If I had recorded the album with them and have them do what they do, I would have given them songwriting credit,” Ross says. “Chayse has written some great beats and Roni does a really cool job of adding texture but also doing some of the things that were done on keyboards on the album. So she knows when to do what. It’s really cool. It’s a really cool sound.”

Even though the sound of the album is different from the live show, Ross hopes that fans will like both. She says she enjoyed playing with dynamics and layering simple melodies which you can hear on the album.

“I really like dynamics because my songs are really simple when it comes to melody and the structure,” Ross says. “Or not the structure so much, but sometimes I play the same notes, or the same bar, the whole way through. Adding pauses or adding bigger sounds is what keeps it interesting, which is what I think I’ve taken from classical music. One of the things I love about classical is there’s a theme. Like Chopin starts with a simple theme and then just goes crazy with it.” 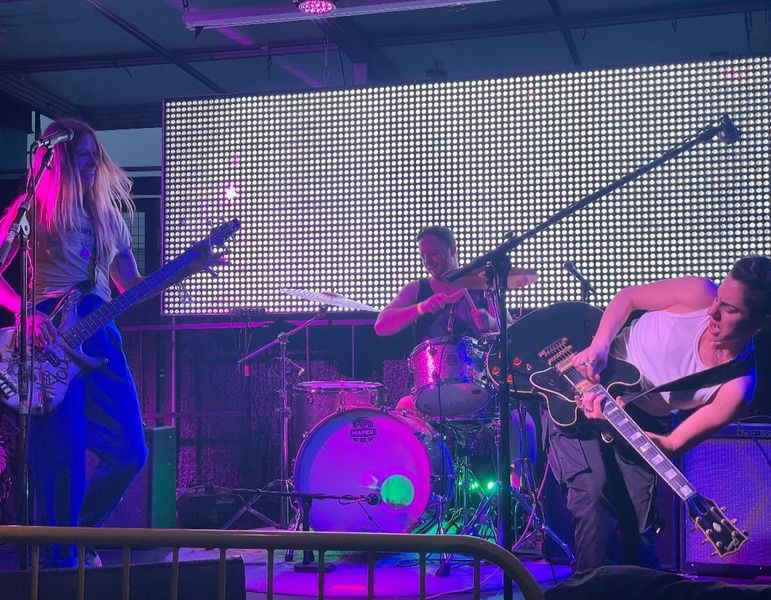 I asked her what it was like to switch from being behind a drum kit in Lord Classic to fronting her own band on bass and vocals, as well as being the principal songwriter.

“I never thought about it, but I guess the transition was pretty embarrassing in many ways!” She laughs. “I learned a lot, and I think as long as you learn, it has to be a good decision. It’s definitely been empowering in many ways. It was a great outlet for me, you know. Bass is hard, because I love to dance and move when I play, but I can’t—I gotta be in front of the mic. I chipped my tooth many times on the microphone. There was a lot of learning that goes along with it, like plugging things in; I never had to do that, and that’s a learning process. What hole does the cable go into? What amp am I plugging into? Especially being a woman, you don’t want to look stupid. You want to know what you’re talking about when it comes to tech stuff.”

One of the reasons Ross named her band Nuclear Family Fantasy is because she chafed at “traditional” gender roles when she was growing up in the South where she was raised as a Baptist. She says she’s been working on changing the mindset that was deeply ingrained in her at a young age.

“I think when you’re conditioned since childhood to believe a certain thing, you don’t even know how much you’re being conditioned until you realize it,” Ross muses. “Then you’re like ‘oh’ and you realize you have to do all this de-conditioning.”

You can definitely see how she’s working through it in the lyrics in “Storm Before the Calm” and “Too Good For Me.”

“There’s so much shit that’s wrong with the world and I like to write stuff that draws attention to it,” Ross says. “My main thing with music, or any art form for that matter, is I think that it’s meant to connect people and it’s meant to hopefully share some sort of message.”

See Ross with Nuclear Family Fantasy this summer in and around Brooklyn so we can all work through our shit together.