My band Witch Slap was booked to play this bill and I personally was very excited to finally get to play with Spite Fuxxx because they always put on such a killer show and are one of my local Brooklyn favorites. It was also very cool to meet Toward Space, who was on tour from Richmond VA, and to be able to help give Bizarre Sharks a proper send off as this was their very last show. I used to not make it a habit to shoot shows that I was also playing, it’s just a different headspace for me (and also more gear to bring and worry about), but these days as shows are coming back in earnest, I’ve found myself bending on that more and more. I keep telling myself “just a few pics” before or after my set but then can’t help myself and before I know it, I end up getting into full on photographer mode, jumping on stage for shots and just getting deeply “in the zone.” I really can chalk this up to being the result of feeling so starved from both shooting and playing over the course of the pandemic so I’ve got to get it in when I can.

I was coming from the Lunachicks book launch on the other side of BK (you can read my article about it here) and was running late, so I expected to miss part of the show. But then everyone’s favorite thing, “punk time,” made me very happy because it pushed the start of the show back so I hadn’t actually missed anything. I managed to park and rock up to the venue, rush in the door, throw my snare drum on stage, and grab my camera right before Spite Fuxxx started playing.

They have been busy this summer, playing a number of gigs and tightening up their synth punk sound. It’s still noisy mayhem on stage but they are getting sharper every time I see them. Singer MG Stillwagon is a commanding presence on and off stage- as she actually spent a good portion of the set in the crowd while the band raged behind her- and knows how to expertly build the fever pitch with the audience. I am also a very big fan of guitarist Anais Valdez’s style, often eschewing traditional patterns of playing in many of their songs and instead evoking early Sonic Youth with plenty of feedback, hitting the guitar with drum sticks, and using the strings at the top of the neck behind the nut for high pitched accents. They will play their final shows of the summer on 8/4 at TV Eye and 8/11 at Our Wicked Lady before taking a brief break for their drummer Alex to prepare for a solo exhibition of his art (check out his incredible work) and so the band can get ready for a Halloween cover set (keep an eye on their social media for who they are covering- trust me, it’s good!)

Bizarre Sharks played the second set and as it turned out, this was also goodbye for them as the band has come to an end and this was their sendoff show. While that may have been the case, they clearly were not phoning it in or holding back, blissfully ripping through a set of “slacker garage punk,” and looked to be having a wonderful time together. I am sad that I never got to see this band prior to this show because they were a lot of fun, but their music is still out there in streaming land to be enjoyed and enjoy it I will.

Power pop band Toward Space was in town from Richmond and wow were they so much fun! They packed a frenzied punch and easily won the crowd over with their energy. I didn’t get to shoot or watch as much of their set as the previous two bands, as it was getting to be the time I needed to start prepping and warming up my hands for my own set, but even listening from the back of the room, I was impressed. I absolutely would love to see and play with this band again so I hope they are able to come back through town again. They actually were one of the first touring bands I’d been able to see in the after times so it felt good to know the earth is healing a little bit more each day too.

As for my own set with Witch Slap, from the perspective of being on stage behind the drum kit and without my glasses on, everyone looked to be having a good time, ha! In true show in a DIY space fashion, there was no AC so I was sweating profusely, probably one of the sweatiest shows of my life in fact. But this is what I live for though so no complaints from me, I love each and every day I ever get to play drums and be on stage with my friends. The crowd loved our covers of “Nervous Breakdown” by Black Flag and “Sweet 69” by Babes In Toyland and we closed the set with the fan favorite “Hungover At Church,” complete with fake vomit and a barf bag which earned cheers and also some repulsed stares- so really, mission accomplished! We will play again in Philadelphia on Friday 7/30 at Century.

Scroll down for pics of the show (photos by Kate Hoos, except for Witch Slap, photos by Jessie Rodriguez) 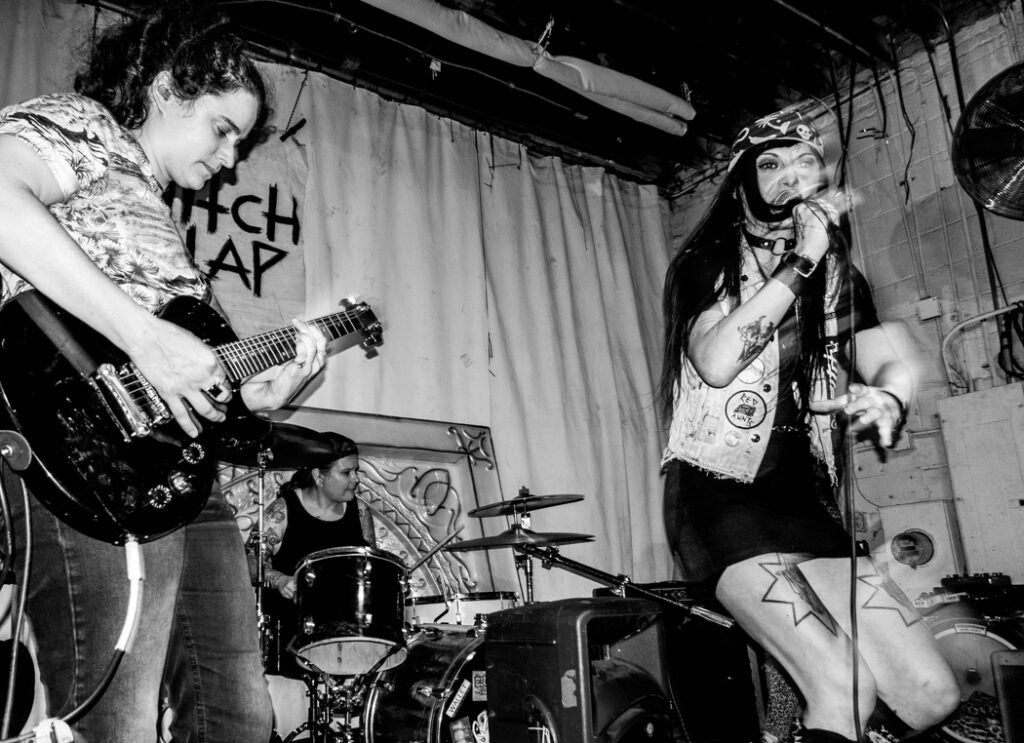 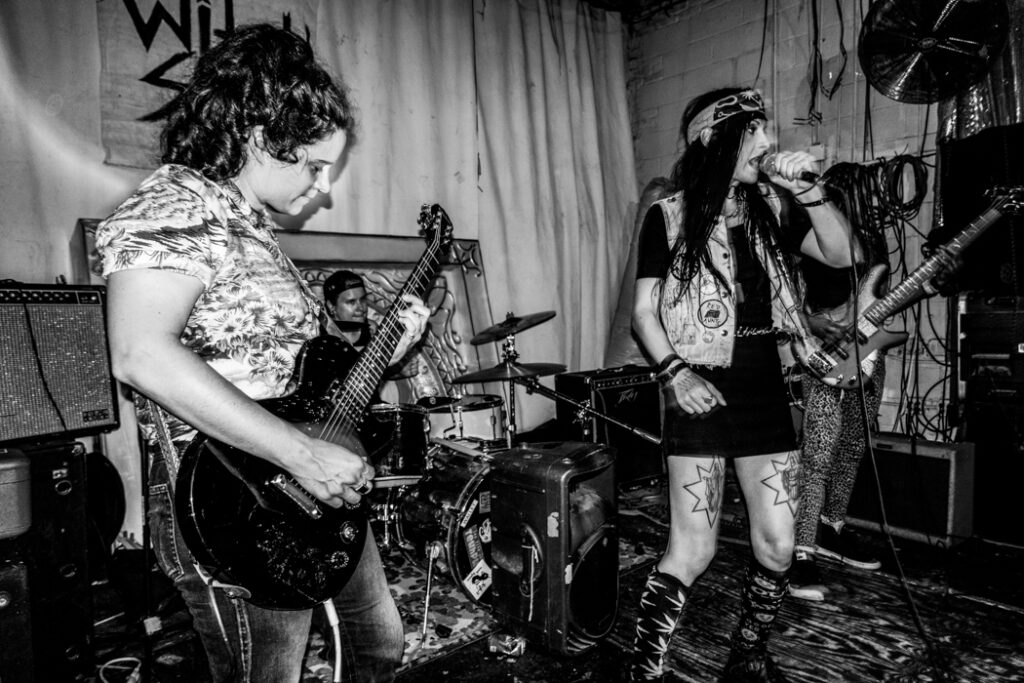 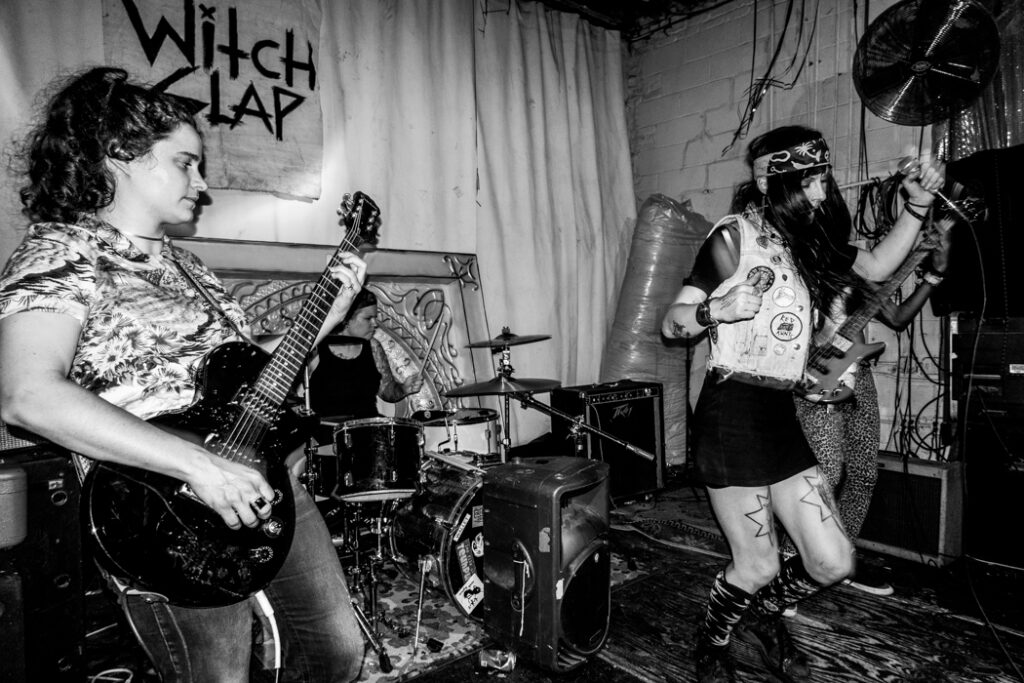 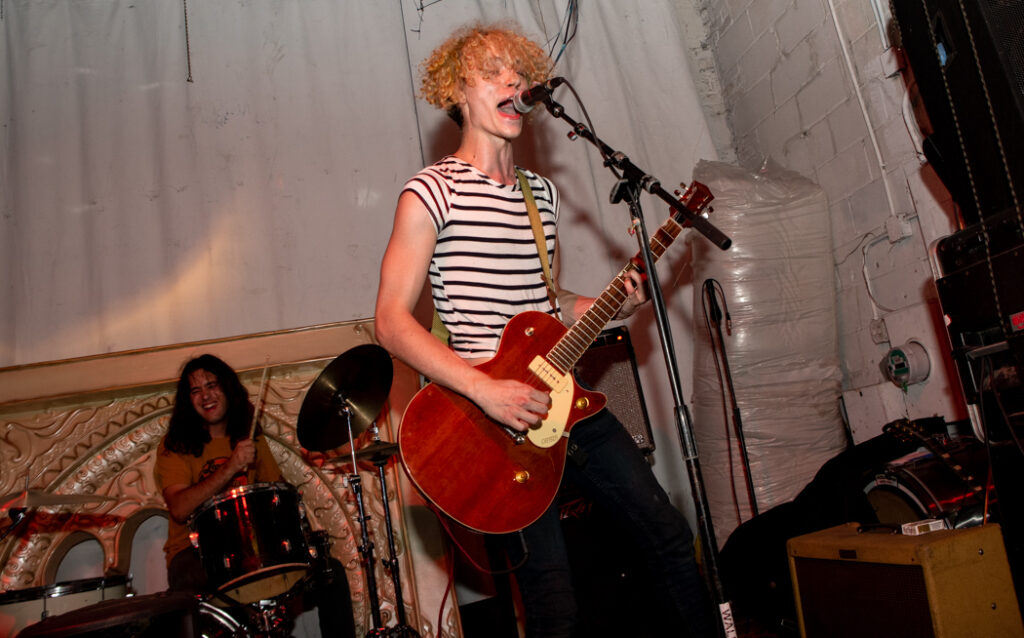 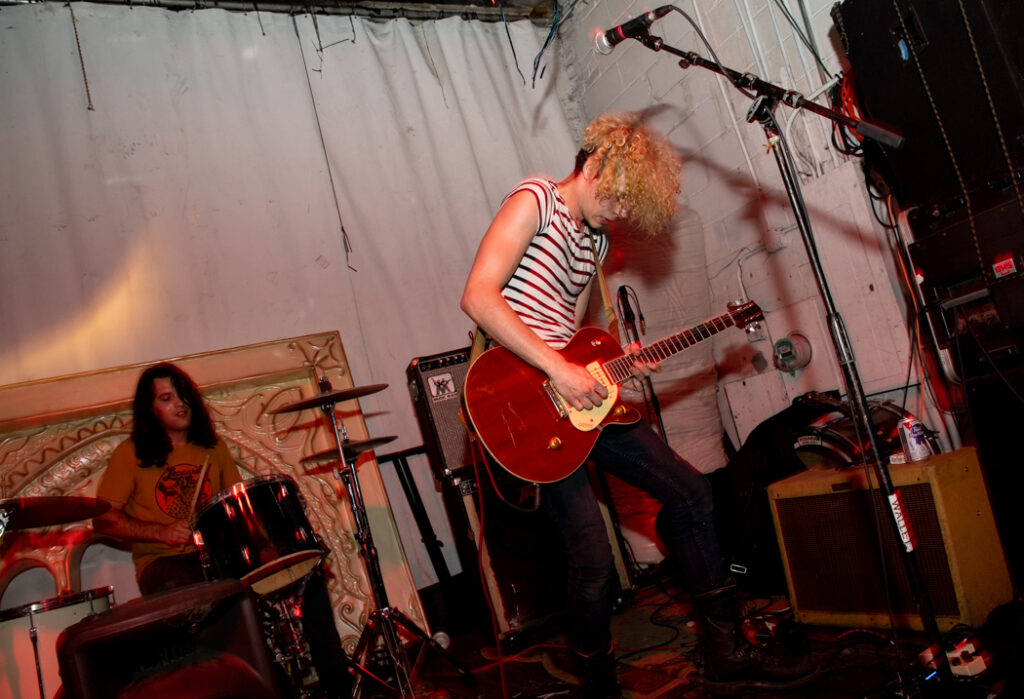 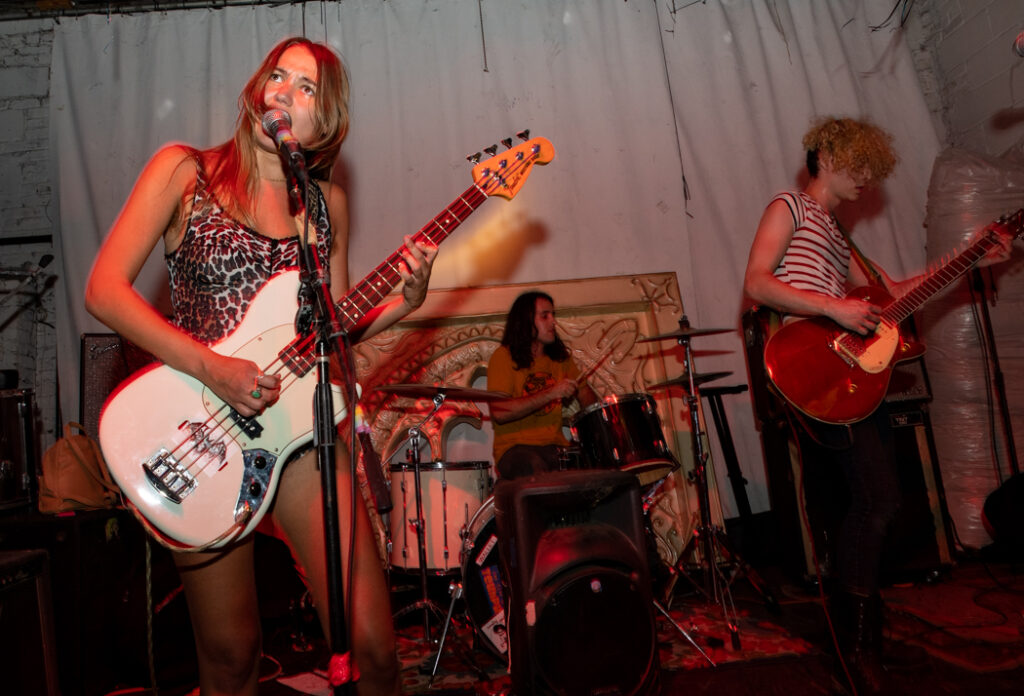 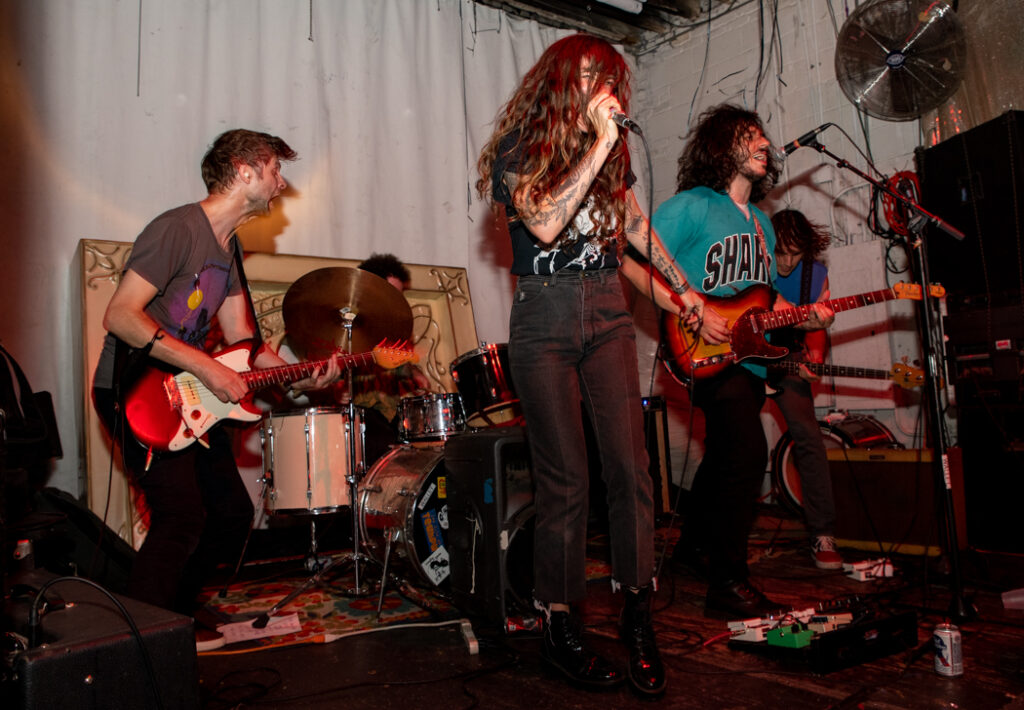 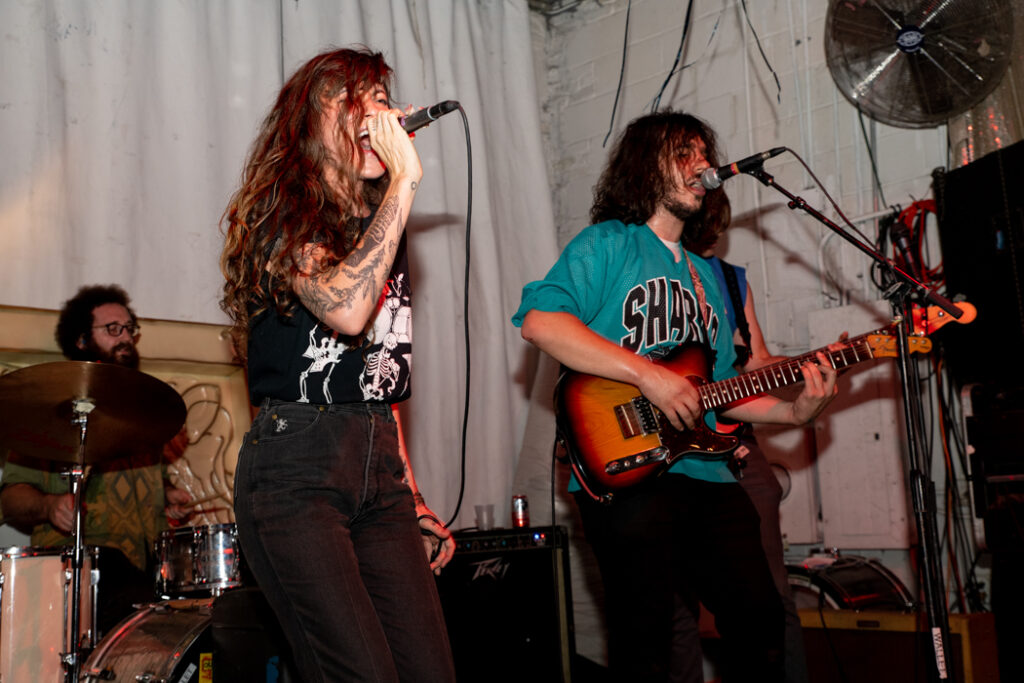 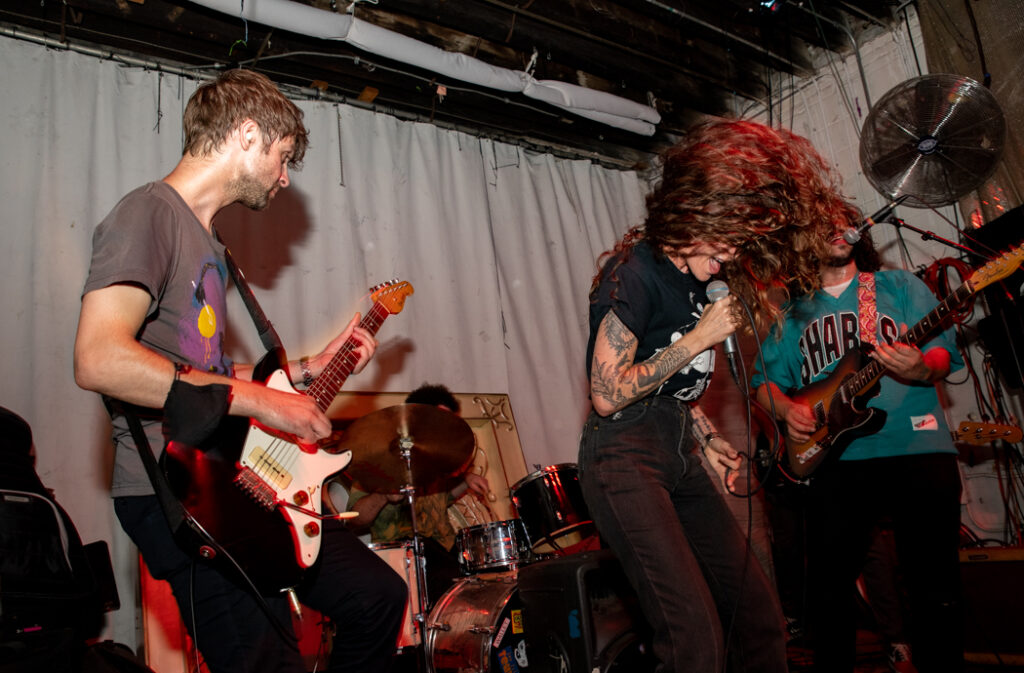 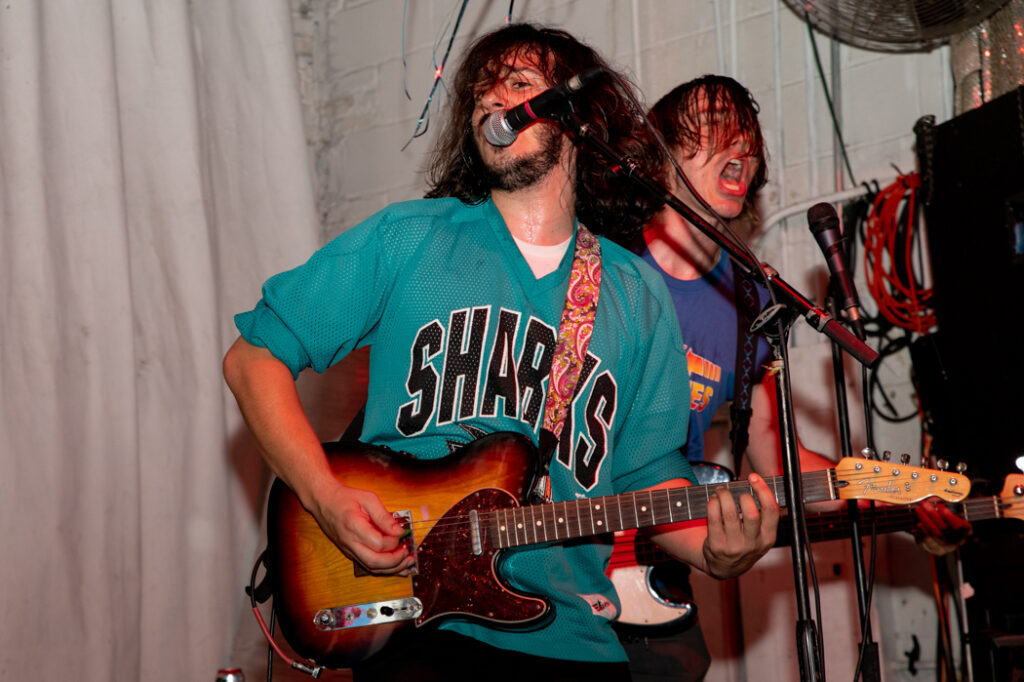 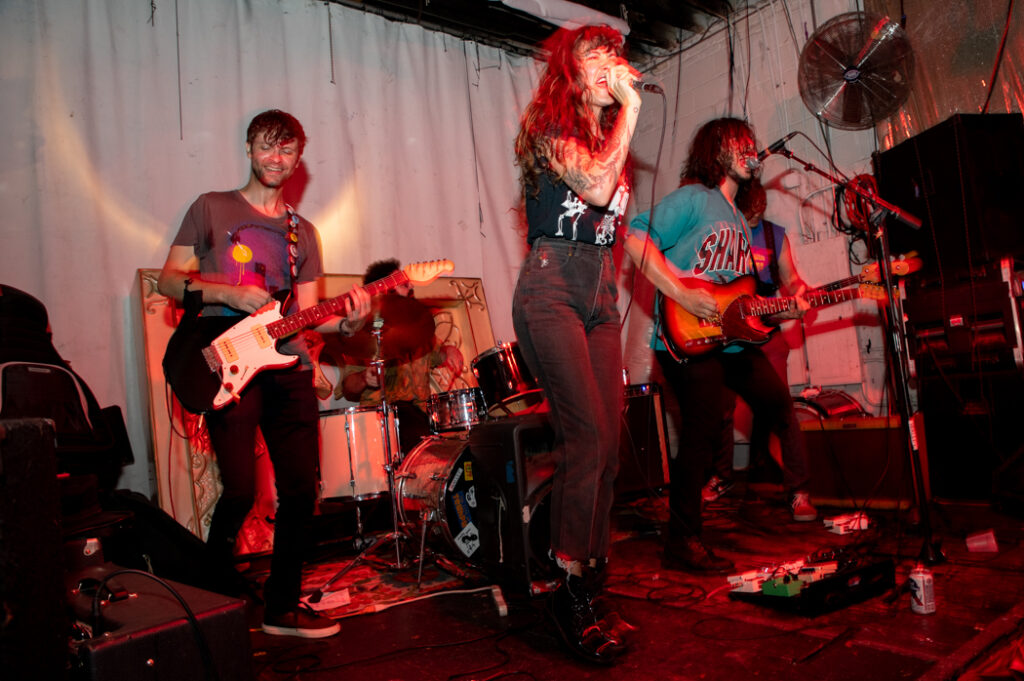 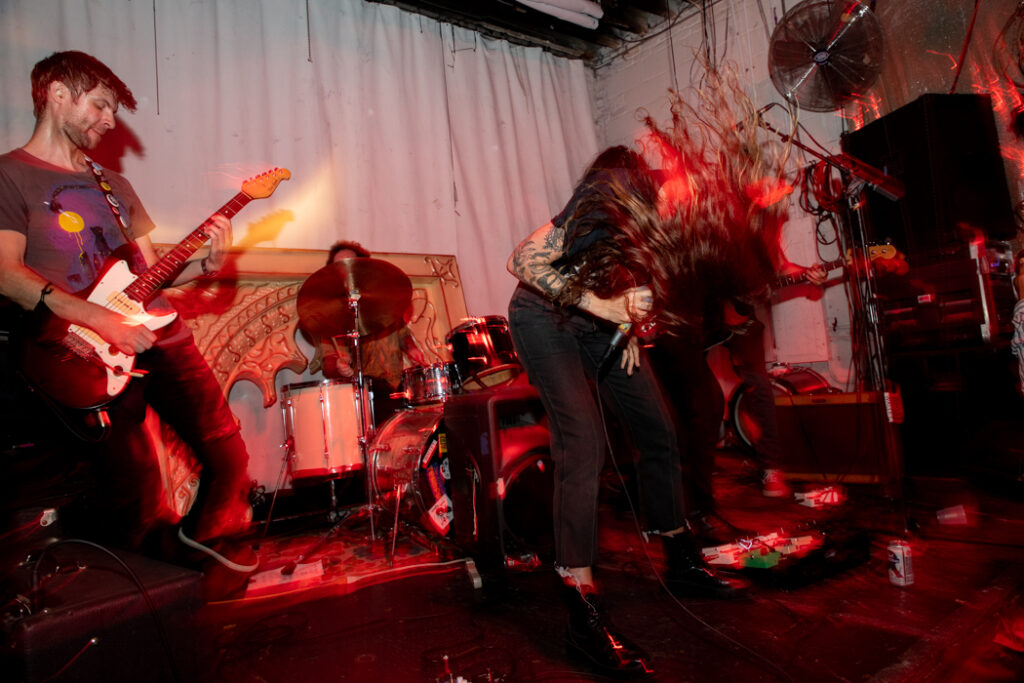 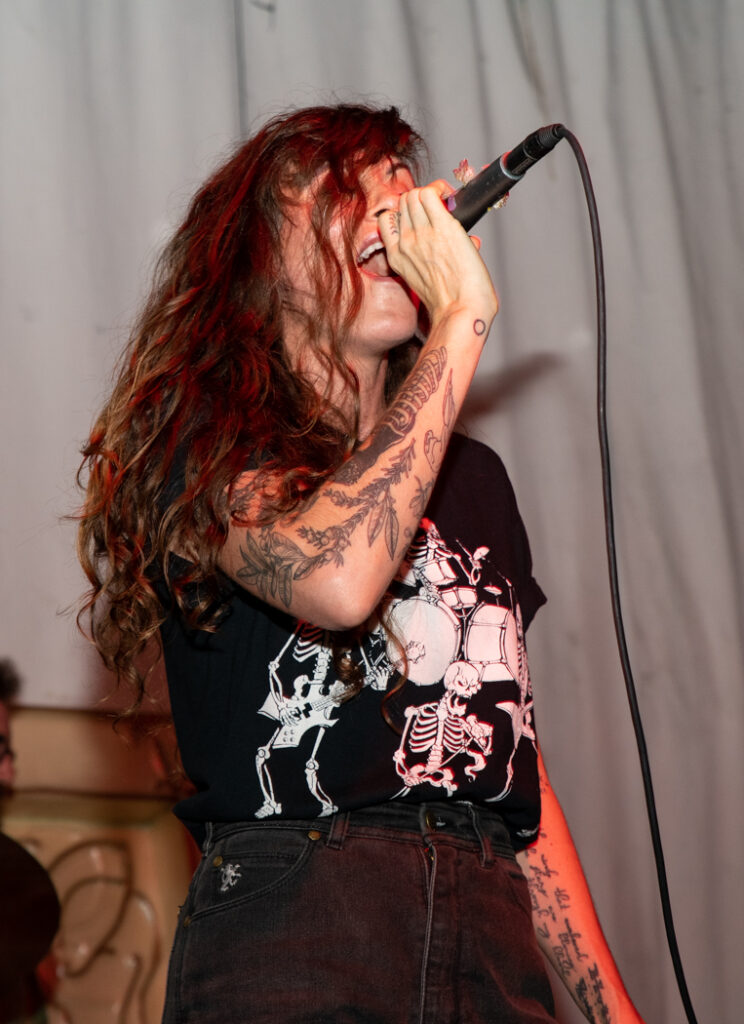 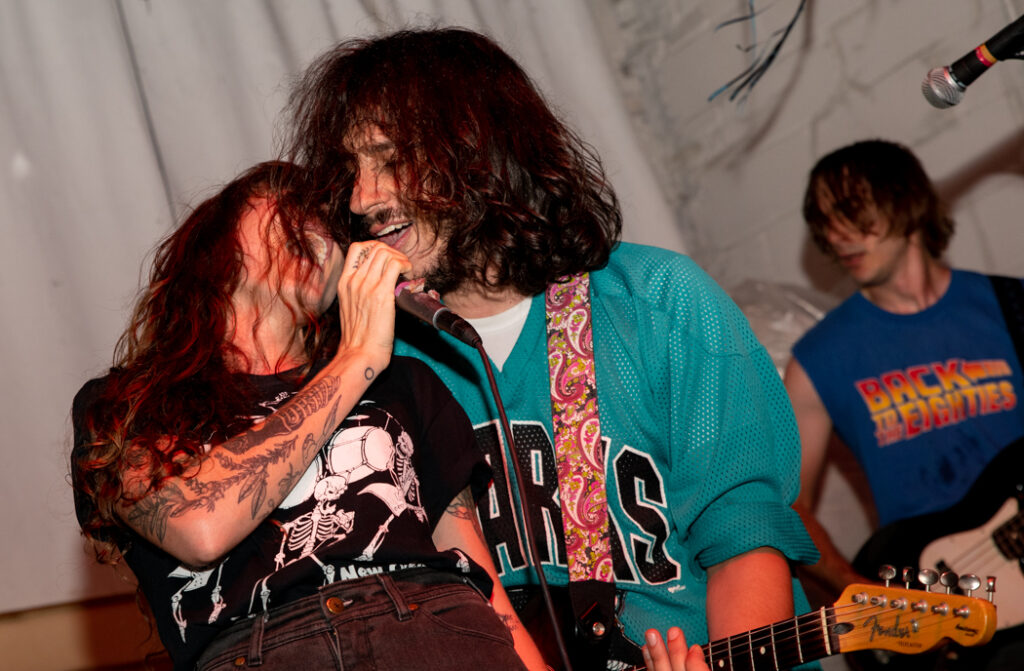 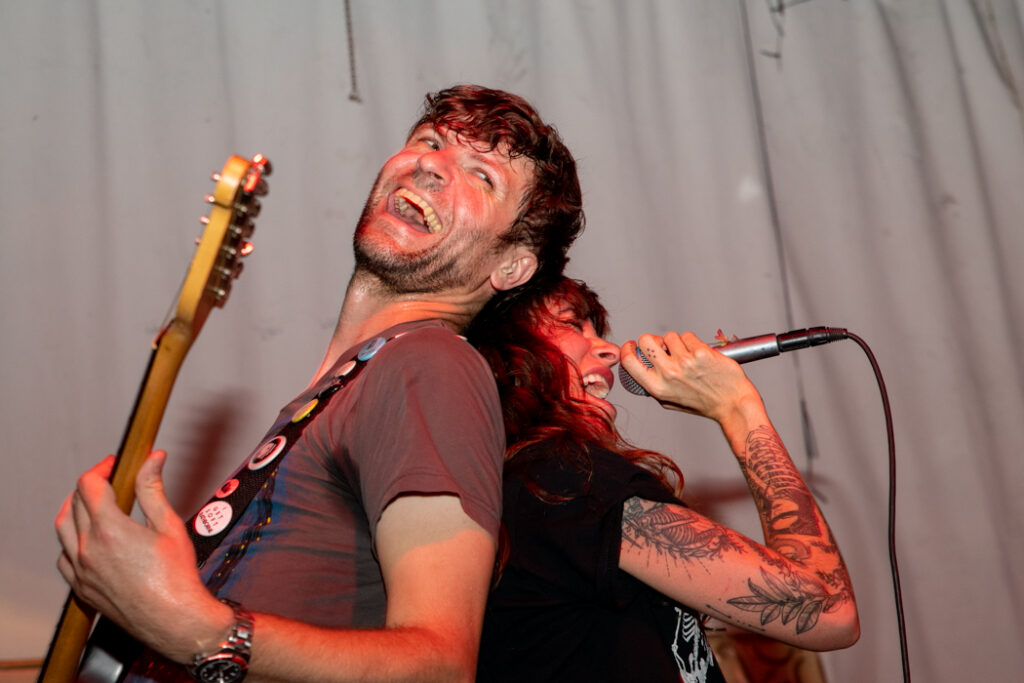