Lou Barlow Is DIY as Fuck 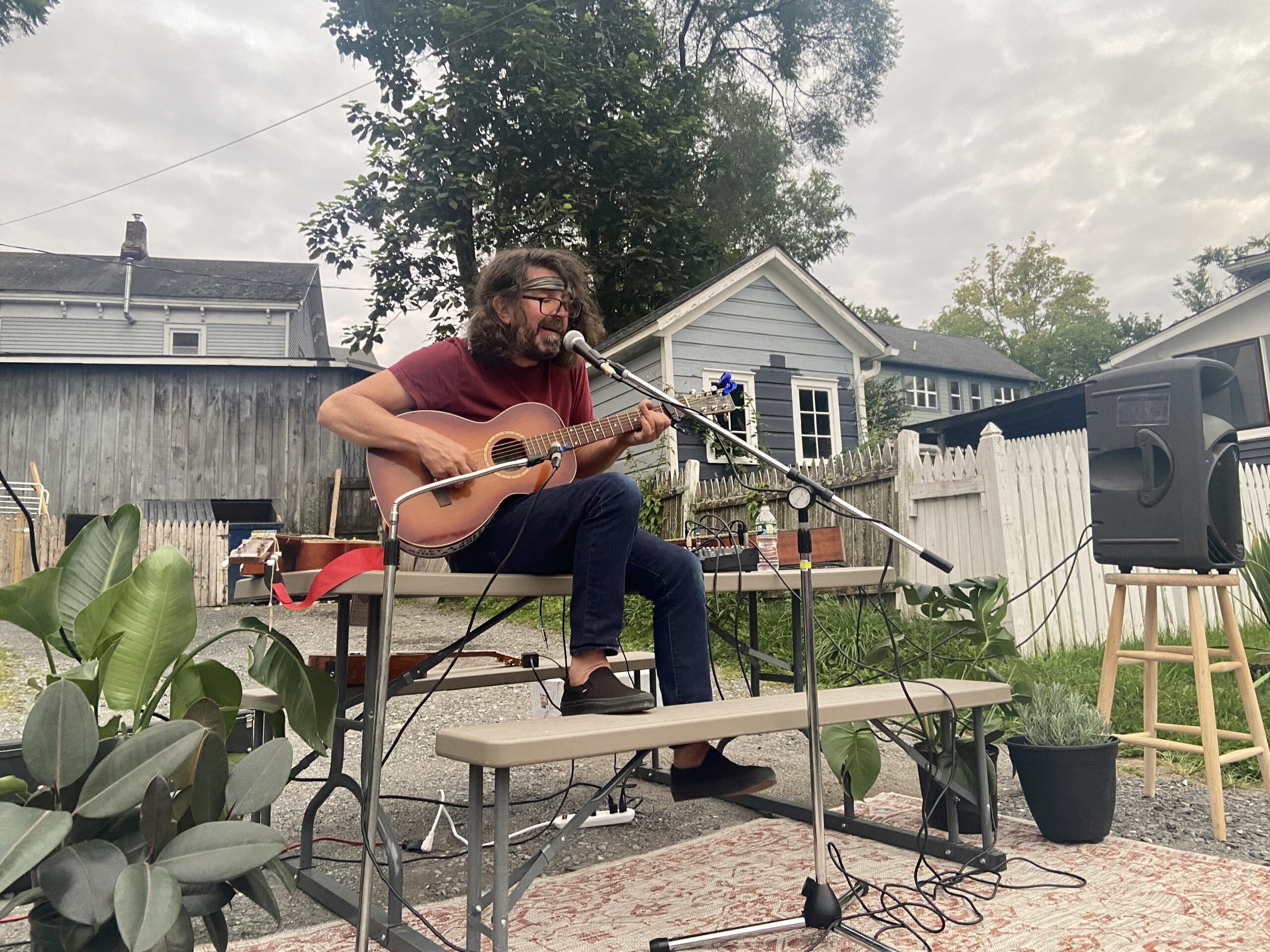 “Don’t piss on the donut!” Lou Barlow said, to laughter from the people assembled in lawn chairs in front of him. I don’t know what prompted that comment as I had myself gone inside to take a piss (in a proper toilet, not on a pastry), but I am happy to report that during Barlow’s two-hour long set, no one pissed on the donut.

Barlow, the prolific bassist, guitarist, and singer/songwriter known for his work with Dinosaur Jr., Sebadoh, and The Folk Implosion, is currently on a mini solo tour around the Northeast. In addition to some traditional spots, he will be playing in some decidedly very DIY locations as well. I was lucky to catch him in New Paltz for a sold out show in the parking lot of Ritualist, a store that sells “tools for healing and magic making.”

With the memory of an elephant, he played songs from his new album Reason to Live, mixed with songs going back through his decades-long career with suggestions shouted out from the audience. He even threw in a cover of Foreigner’s “Cold As Ice.”

“Foreigner were masters of tension,” he told us during soundcheck when he tested out the song.

My music really comes from my friendships. Musicians are my only friends. My life is too fucked up otherwise to hang out with, you know, normal people 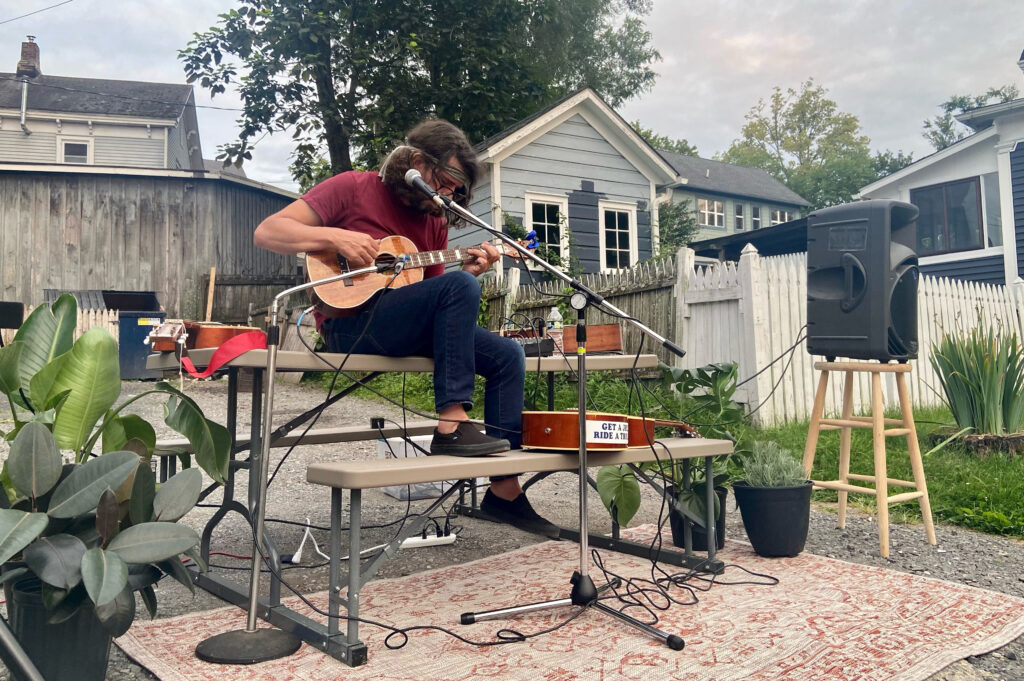 “No,” Barlow replied. “The trolley is the jolly.”  That seemed to satisfy everyone.

This mini tour is a warm up for a huge, months-long tour with grunge trio Dinosaur Jr. When I asked him about how he planned to keep his shit together on this tour, he admitted he wasn’t sure yet. Being at home with his family during the pandemic had kept him grounded and he was able to immerse himself in playing and recording music.

“That’s where I’m most comfortable. That’s where my true spirit comes out. I go back through all the recordings and things I’ve done and like 90 percent of the stuff I did at home is better. It feels better, it sounds better. Even if it’s raw or fucked up sounding, it’s still the best,” Barlow said.

When it came to recording Reason to Live he embraced his old DIY methods such as recording to tape.

“I wanted to take a more casual, impulsive approach to recording that reflects more where—I think my best recordings are made in that kind of mindset,” he said.

Recently, Barlow announced that he’s collaborating with John Davis again, his partner in Folk Implosion. When I commented that he always seemed to find the best people to make music with, he explained how and why that is the case.

“It’s the history of my life. It’s the story of my friendships with these people. My music really comes from my friendships. Musicians are my only friends. My life is too fucked up otherwise to hang out with, you know, normal people…I only hang out with people I make music with, other than my family. These are the relationships that define my life. Having the chance to go back and revisit my friendship with John Davis is a gift.” I think many Folk Implosion fans would agree.

As the sun set in New Paltz and the fireflies came out, he talked to fans, sold some merch, and then got back into his “family van” headed to the next town. 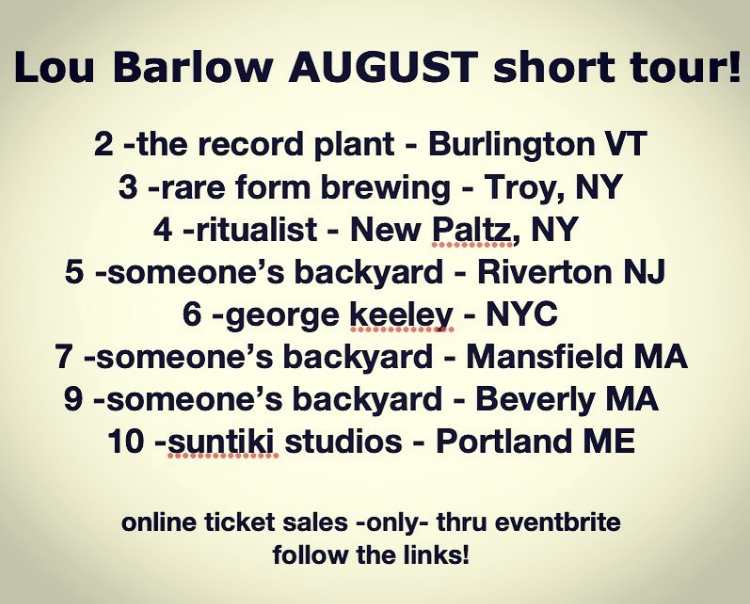 Tickets to the remaining tour dates are available via Eventbrite.

Reason To Live is available via Joyful Noise Recordings.

Dinosaur Jr. heads out on the road in September for an extensive tour. 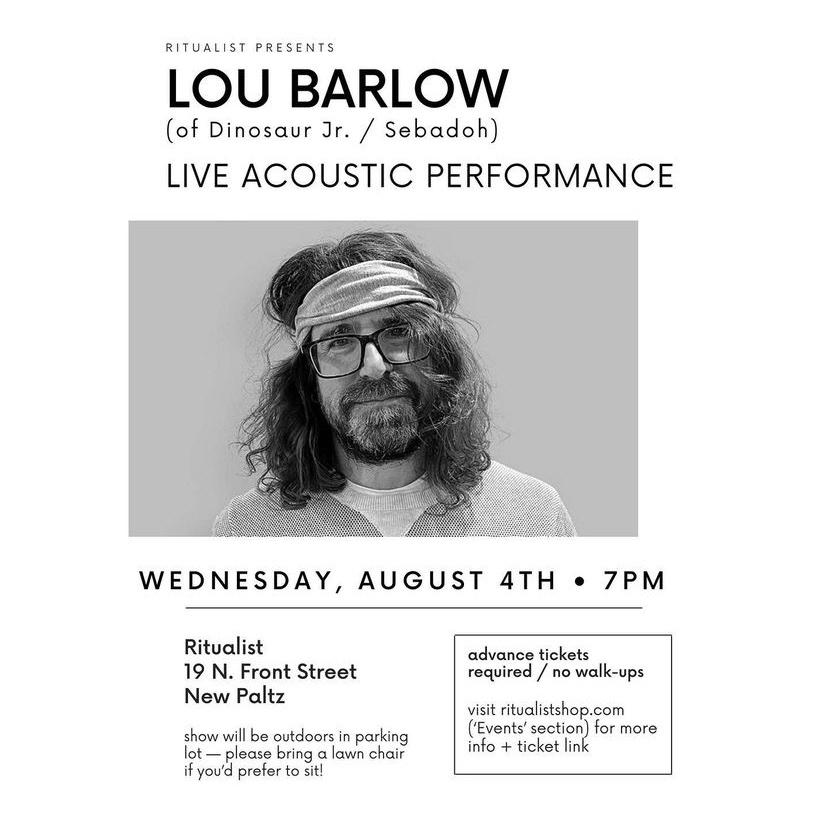 Flyer for the Ritualist tour date

Scroll down for pics of the show (photos by Rebecca DeRosa) 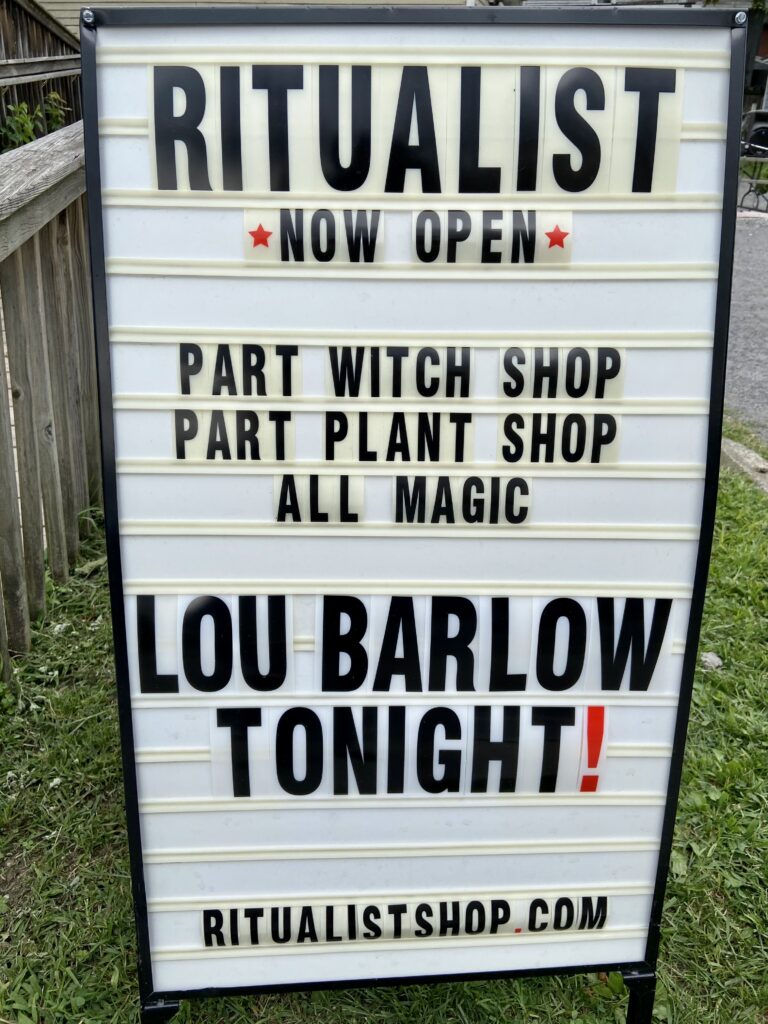 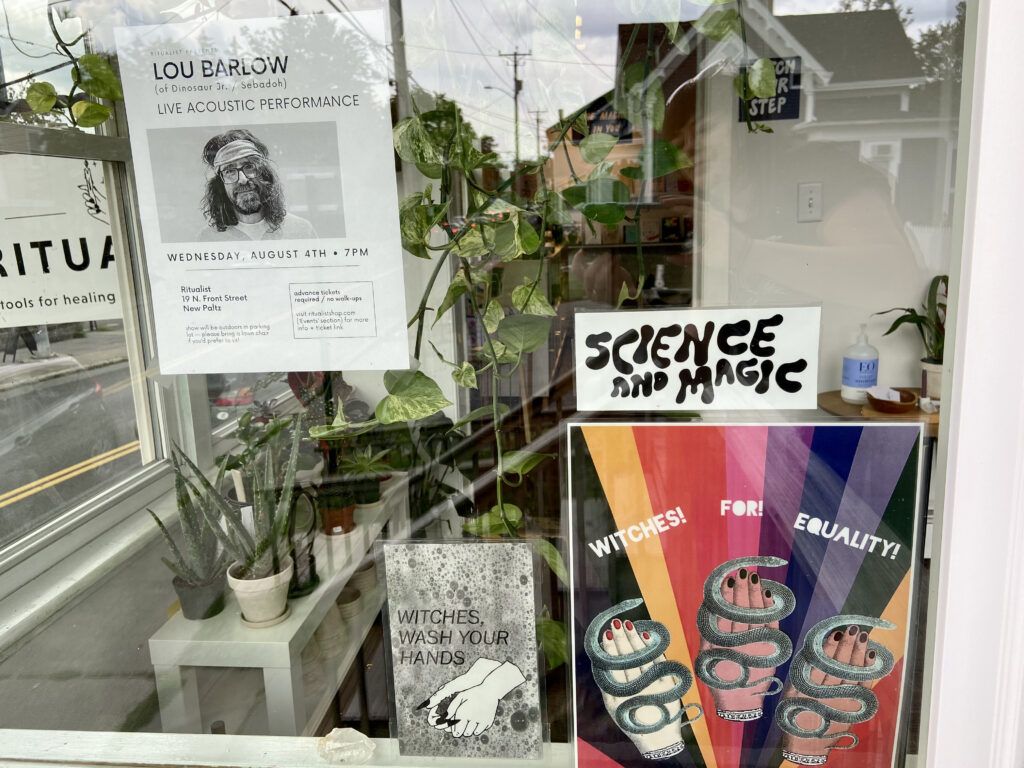 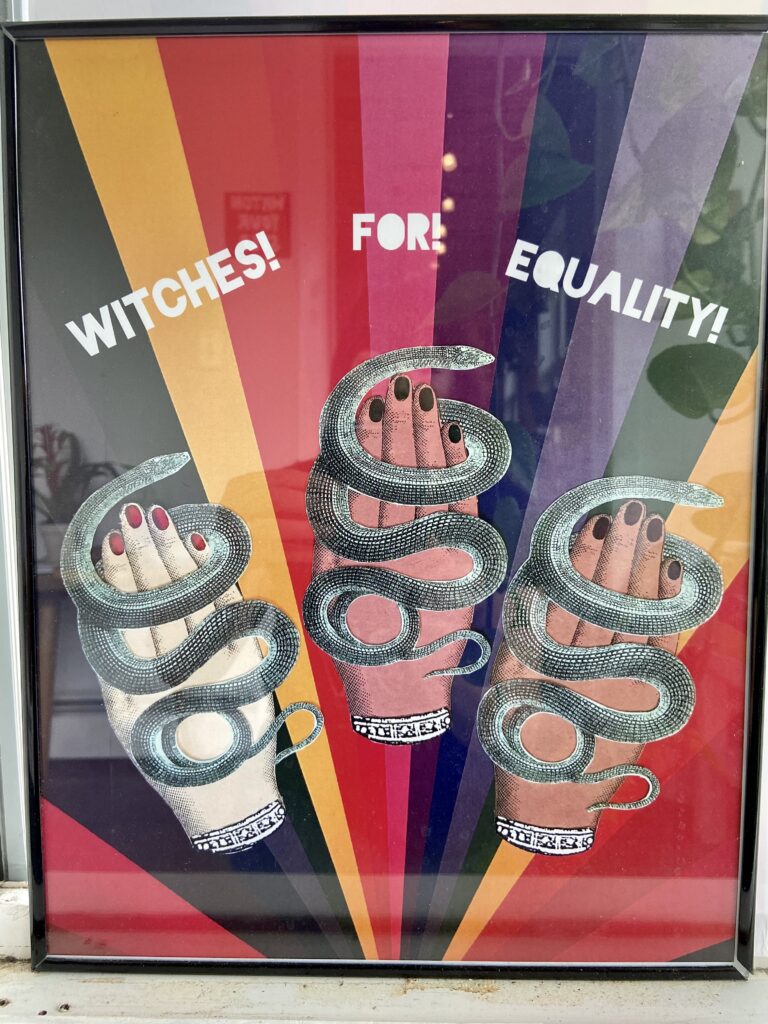 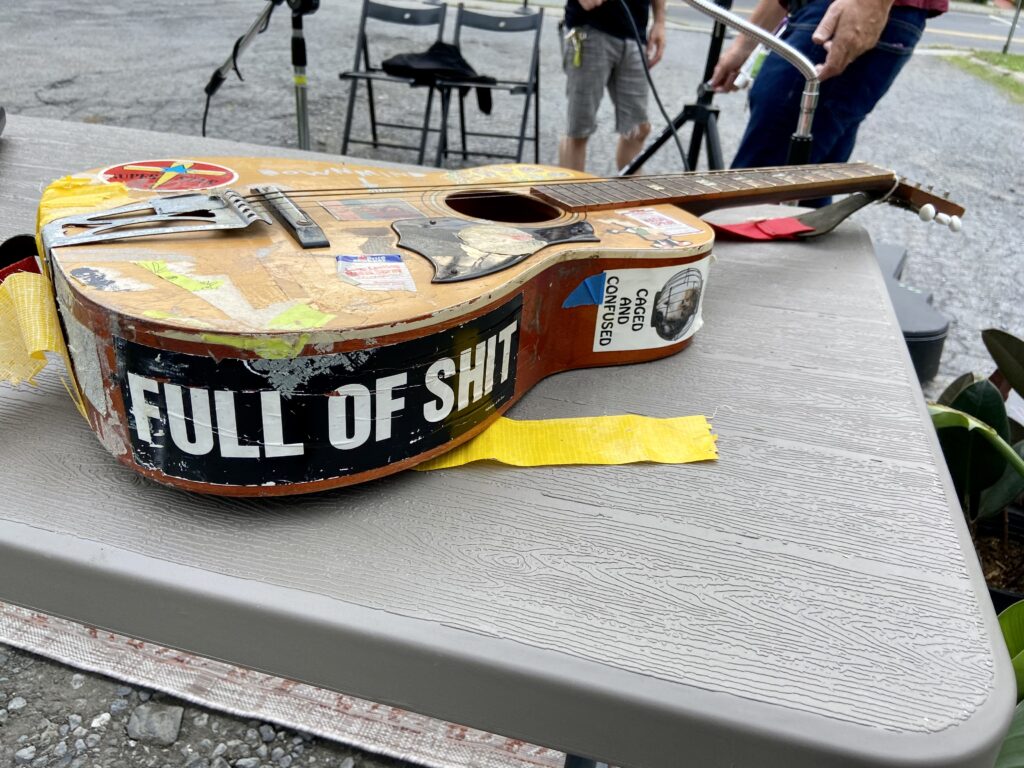 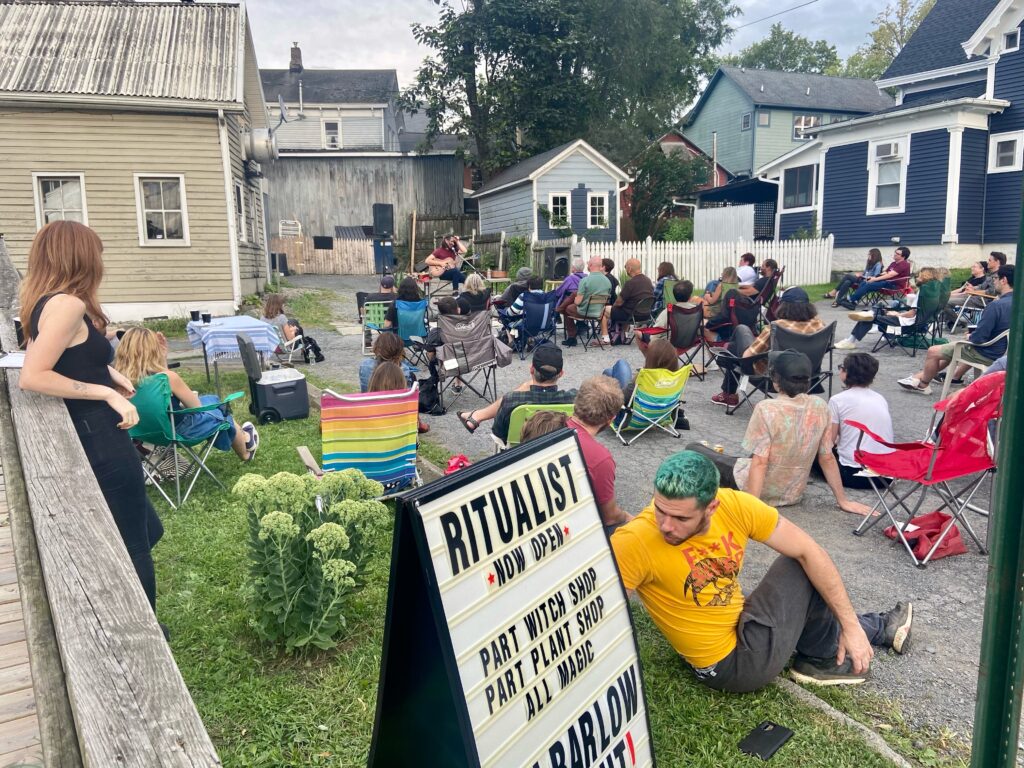 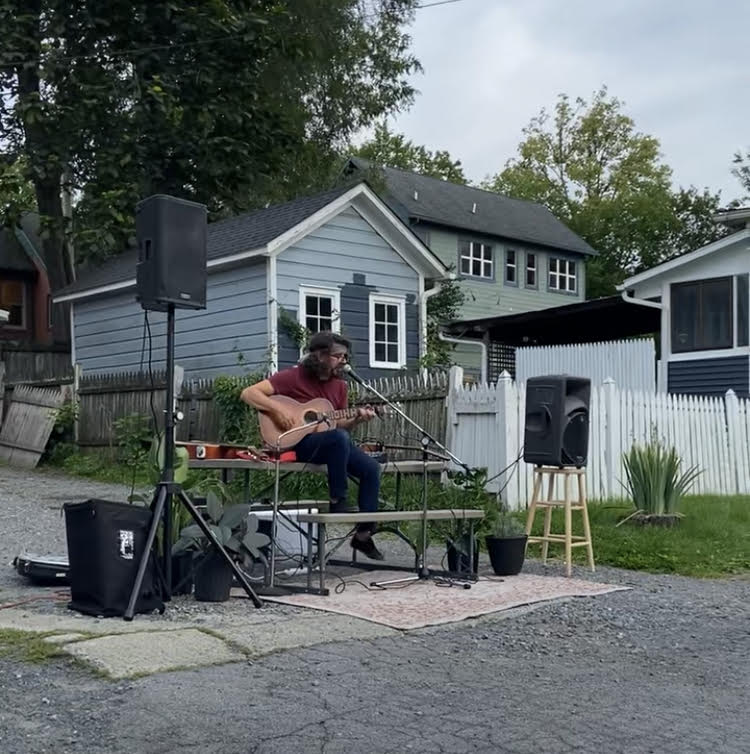