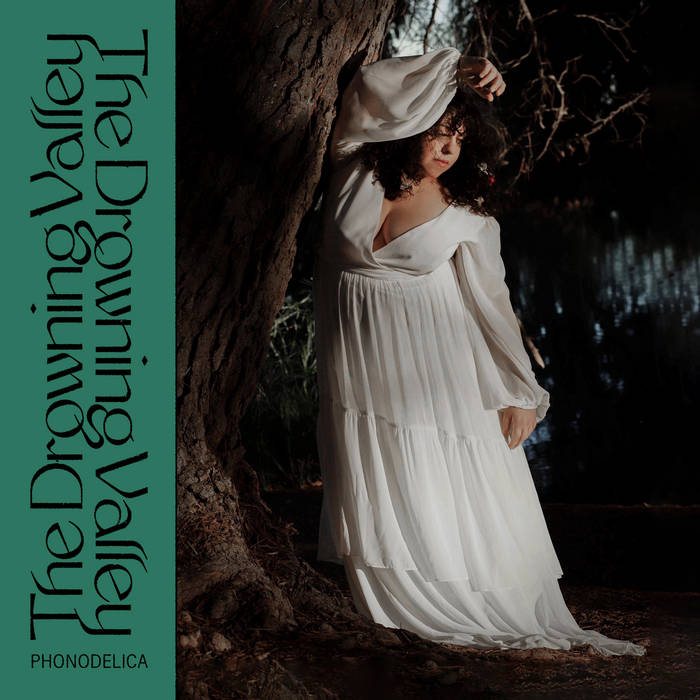 Donia Jarrar thinks big. Writing, recording, and performing as Phonodelica, her stunning and often sparse piano compositions usually comprise a larger ovearching theme, where they achieve their full actualization. Beautiful on their own, but more powerful together—a bold idea that resonates through her work, ideas, and activism.

Jarrar recently received the 2021 Young Artist of the Year award from A M Qattan Foundation, a Palestine- and United Kingdom–based nonprofit organization, for her large-scale work, Into the Ether and Out of Our Anguish. Her life as a Palestinian woman informs and inspires her work, reflecting the sadness, anger, perseverance, and, ultimately, the hope she and many Palestinians across the world feel about their struggle for a free Palestine.

In December, Jarrar released The Drowning Valley, the first part of Into the Ether and Out of Our Anguish. In her previous work, Seamstress, she focused on the stories and histories of Palestinian women as told by the women themselves. Her latest work imagines a post-occupation future within Marj Sanur, a valley located in Jenin, a city in the occupied West Bank of Palestine, and also the home village of her father. Known as “The Drowning Valley,” the area is surrounded by a chain of mountains and various other towns. During the rainy winter season, the valley becomes a shallow lake, hence the nickname. The lake is a beautiful phenomenon but also means disaster for the nearby farmers whose crops are destroyed in its formation. Also, the impacts of the global climate crisis on the region has caused the lake to become permanent, as opposed to its traditional appearance every 10 years. Further, Jarrar says few Palestinians in the region are able to see the lake due to the Israeli government’s 440-mile separation wall, dubbed the Apartheid Wall by Palestinians and activists.

It is here that Jarrar imagines a sort of parallel universe, a spiritual plane wherein Palestinians have achieved supernatural powers and teleportation, allowing them to transport to the sea and into the ether to other spiritual planes inaccessible to others. The Drowning Valley begins with the title track, a foreboding solo piano piece of plaintive melody. This is followed by another version of “The Drowning Valley,” with a string quartet. The melancholy piano melody of the first version becomes more stirring and insistent within the context of the quartet, Jarrar’s piano theme continuing to haunt underneath.

Another solo piano piece, “Extinction,” follows. Dedicated to the memory of the Gazan wild rabbit, it evokes in the listener’s mind (or at least this one’s) a camera surveying the landscape, rugged, beautiful, and subject to multiple manmade pressures. For those who buy the record on Bandcamp, there is the bonus track “Reservoir,” which showcases another side of her writing. It begins with pulsing synths alongside interviews and field recordings conducted by her colleague of Riham. We hear people within the West Bank towns of Nablus, Bethlehem, and Ramallah, discussing water and access to water. This gives way to a solo piano interlude and then recordings of children in the Jalazone Refugee Camp in Ramallah, established in 1949 as indigenous Palestinians were forced out of their homelands during the violent founding of Israel in 1948.

The Drowning Valley ends with “Offerings II,” a companion piece to “Offerings,” which was released last summer, and featuring a dramatic video of Jarrar playing the piece, clad in a red dress and shrouded in red light.

This initial part of the Into the Ether… project, while quietly mournful and aching, also becomes a vehicle for contemplation and reflection on the often-ignored stories and histories of the Palestinian people. Jarrar offers us this solemn introduction to her project as a reminder of the harsh realities that currently exist within occupied Palestine, but she also imagines a path out of oppression and forward to freedom. The hope that awaits within the entire Into the Ether… work might inspire us to imagine and create pathways out of all the forms of oppression and injustice we see and experience daily.

The Drowning Valley is available now on all major streaming platforms. It comes with a bonus track and videos when you download on Bandcamp, where you an also read more on the themes and imagery that inspired the work and order the sheet music.