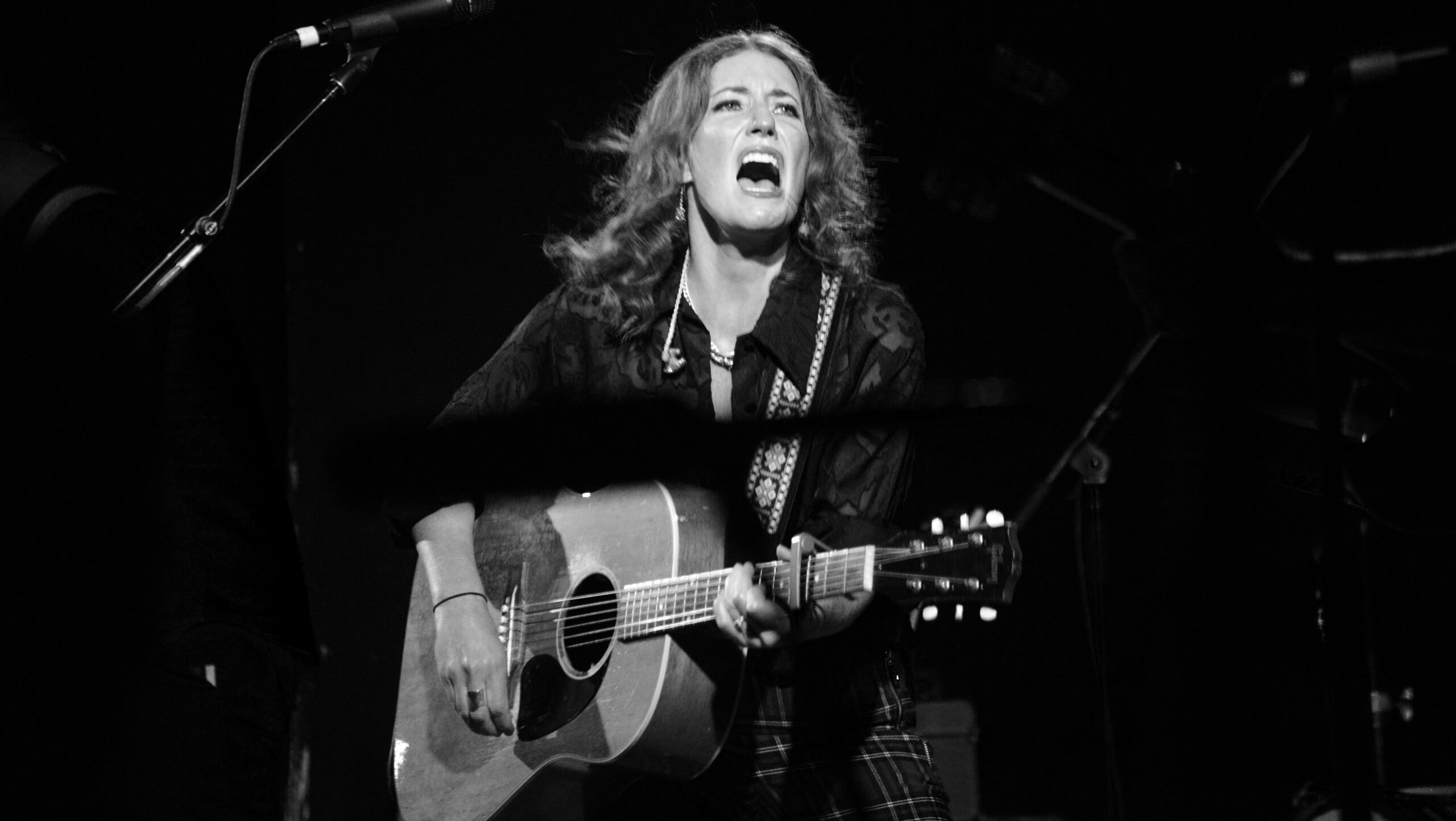 Canadian chanteuse, Kathleen Edwards, is a bit of a legend in the Americana niche of the music world. Her 2002 debut, Failer, is considered by many in this little corner of the musical stratosphere to be a desert isle disc. I, for one, have no argument against that kind of thinking. So, when it was announced back in June that she and her band would be passing through New York City in early fall, it didn’t take much for me to jump all over procuring a ticket.

Saturday’s show at LPR was the last show of the tour as drummer, Joel Anderson, had to get back to his home in Toronto for his day job as a teacher (Monday was the first day of classes). Joel was Kathleen’s original drummer on the Failer album but when it came time to touring, he opted out in order to pursue his teaching ambitions; having him on this particular set of shows was quite an added bonus. Another bonus was the presence of both of Kathleen’s long-time collaborators, Colin Cripps on guitars and vocals as well as Jim Bryson on keyboards, guitar and vocals. Bryson was the original guitarist on the Failer album and toured with Kathleen early on but then left to pursue his own solo career. This opened the door for former Blue Rodeo guitarist Cripps to step into the fold.

This tour is the first time the two had played together on the same stage with Kitty and it certainly offered quite a fun dynamic with each trading licks back and forth. Feeding off of the energy which Kitty provided as she bounced from one end of the stage to the other as she traded stares and vibes with whomever’s turn it was to solo. 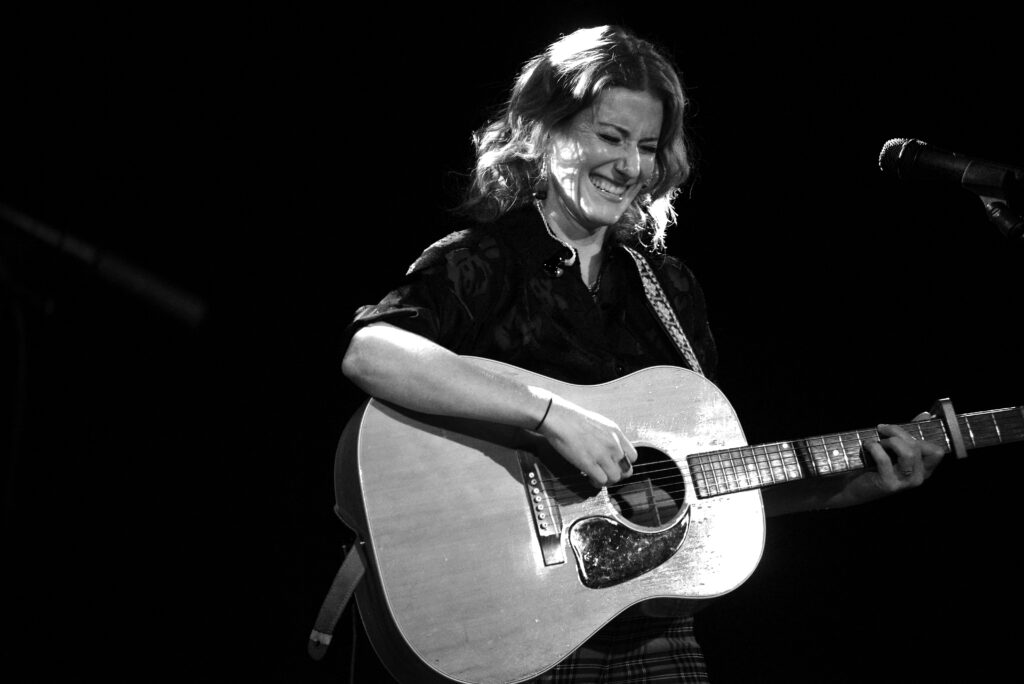 Unfortunately, I arrived late to the show and missed opener Mick Flannery’s set. (I am going to have to get used to the fact that with the indefinite lane closures on the BQE, I can no longer plan to scoot right into Manhattan or North Brooklyn for shows.) Anyhow, as I walked into LPR, Kathleen and band were already on stage about midway into, what I would later find out was the opener for their set, “Options Open.”  I was pleasantly surprised to see the room to be pretty much packed.

The evening consisted of roughly a 15 song set (encore included) highlighting a good chunk of material from 2020’s stellar release Total Freedom.  There were plenty of older songs sprinkled throughout the evening however. We were treated to “In State,” from the 2005 album Back To Me, and we also got the hit single from Failer, “Six O’Clock News,” as well as the title cut from 2008’s Asking For Flowers.

Kathleen is usually very chatty throughout her shows and Saturday was no exception. There was her ever present self deprecating humor such as her regularly referring to herself as a “woman of a certain age.” She also shared the story about how she had actually quit the music biz and started a coffee shop in Toronto called Quitters. Note: she doesn’t recommend this to anyone, as running a coffee shop “is a LOT of work”.

The peak of the night (for me at least) was another song from Asking For Flowers, “Goodnight California.”  As the last song on the album, it was originally recorded with Kathleen’s lilting Suzanne Vega-esque vocals floating over a beautiful cloud like keyboard riff. This is exactly how the band started it out on Saturday night but when the harmonica solo on the studio version would have started, instead Colin Cripps erupted into an extended guitar solo which just seemed to go on and on (to absolutely no one’s dismay).  Colin has some amazing chops and he sure showed them off on this number.  It was the kind of extended solo that would make Neil Young and Crazy Horse very proud.

After a couple of songs which Kitty performed solo, the band rejoined her for a rollicking and fun version of Supertramp’s hit from the mid 70’s “Logical Song,” before closing out the regular set with “Hard On Everyone,” from Total Freedom. But the night wasn’t over as they came back with a two song encore of “Asking For Flowers,” and scorching rendition of “Back To Me.” All in all, it was a night of pretty fantastic Americana rock and roll. 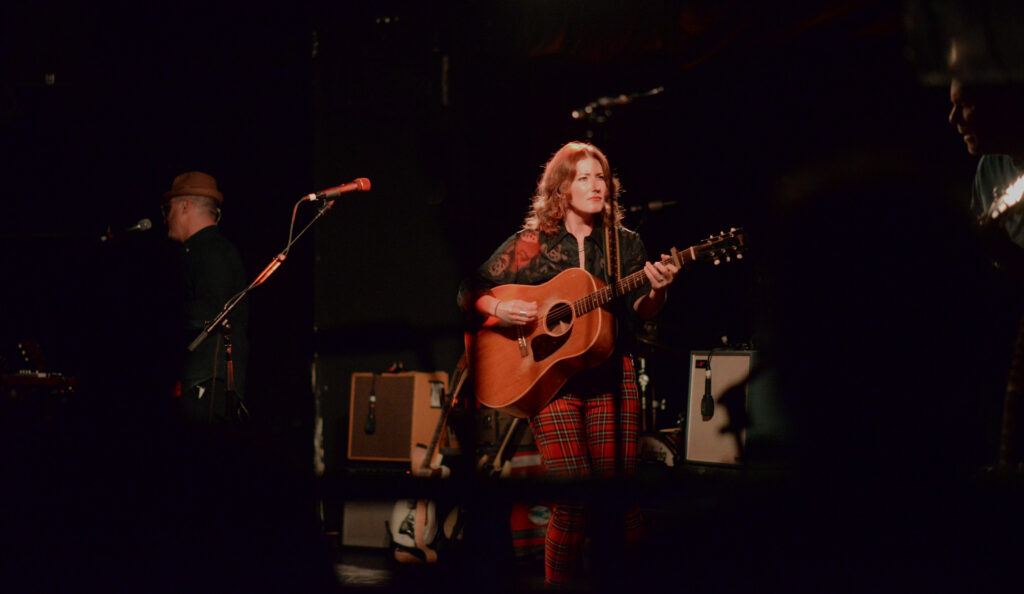 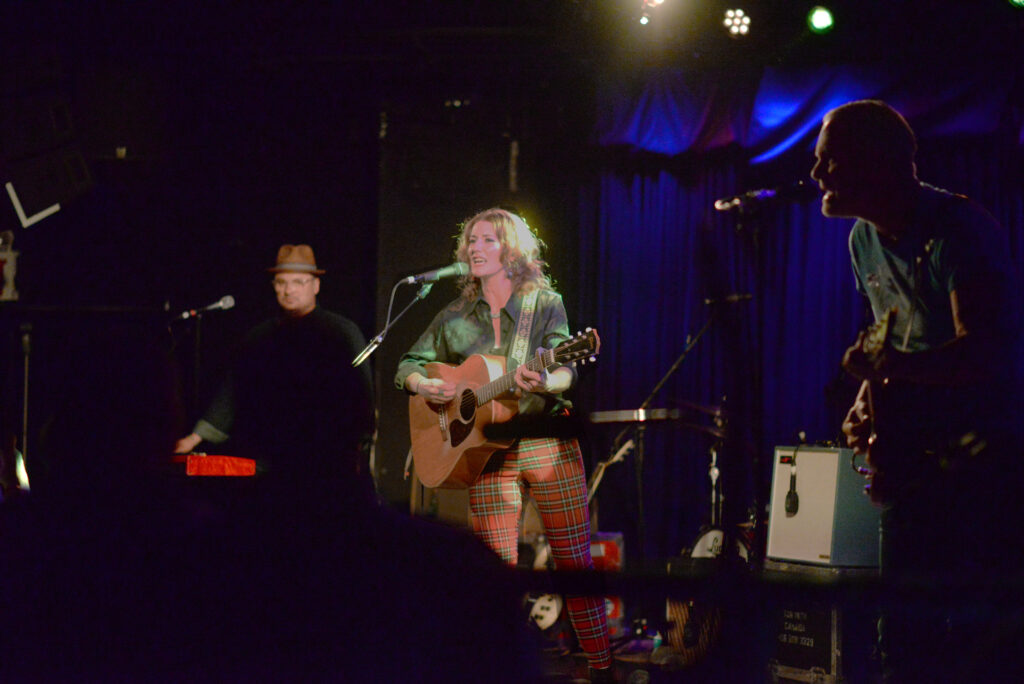 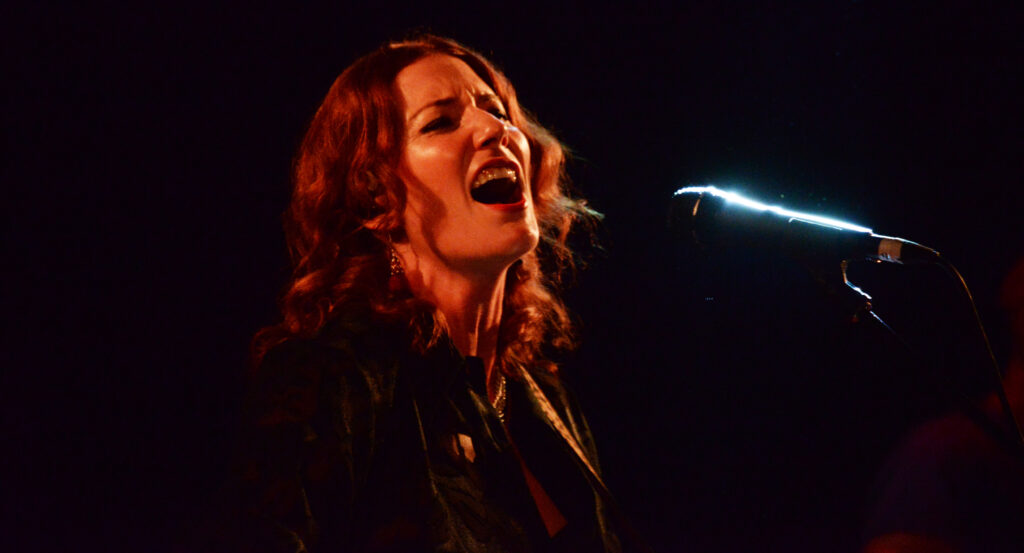 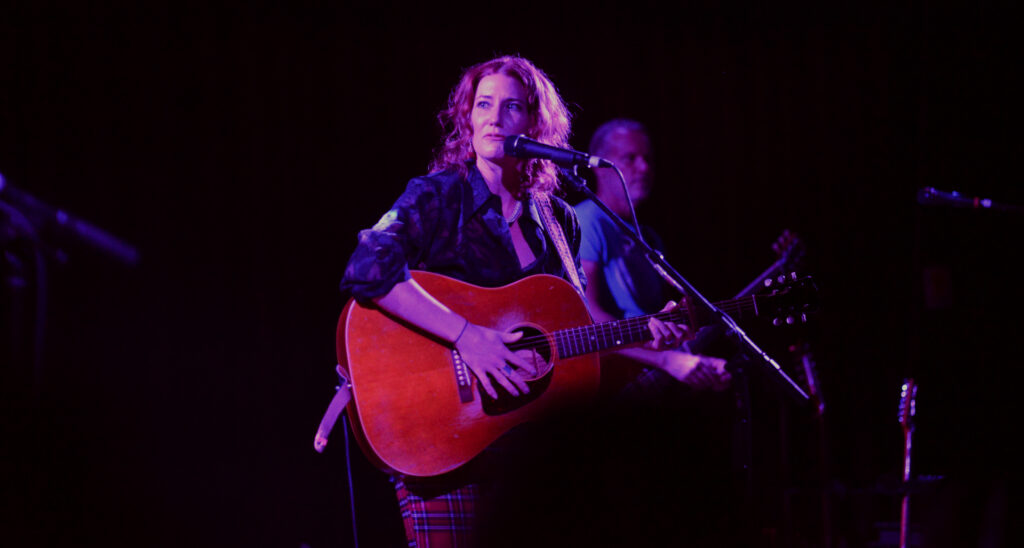 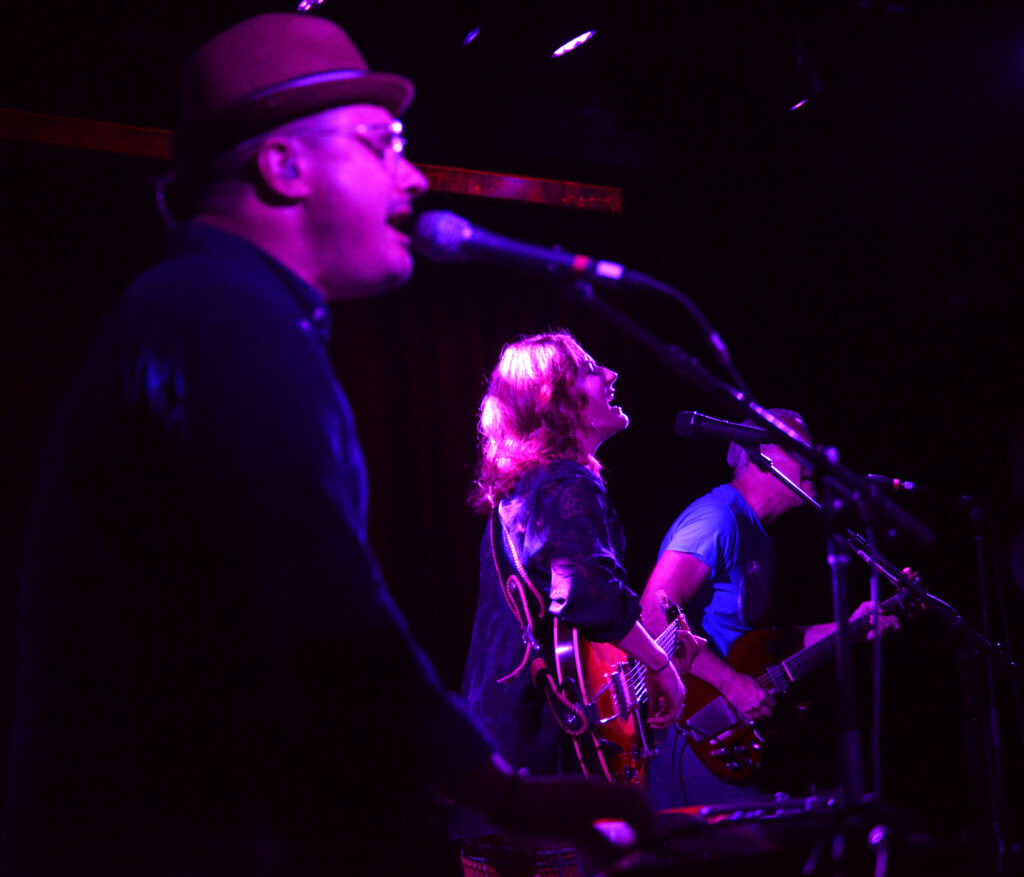 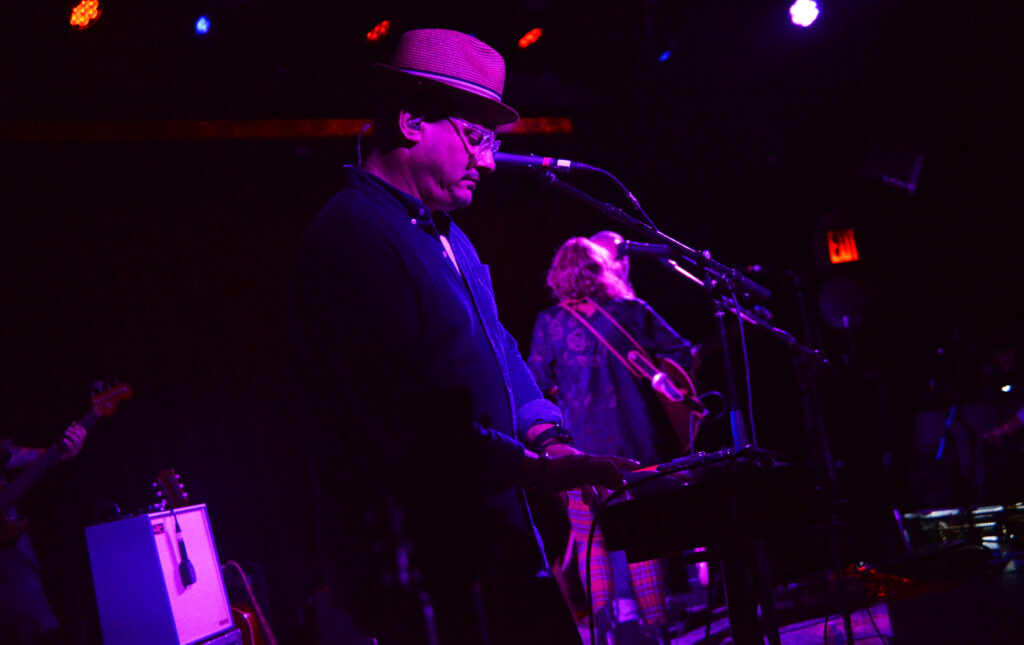 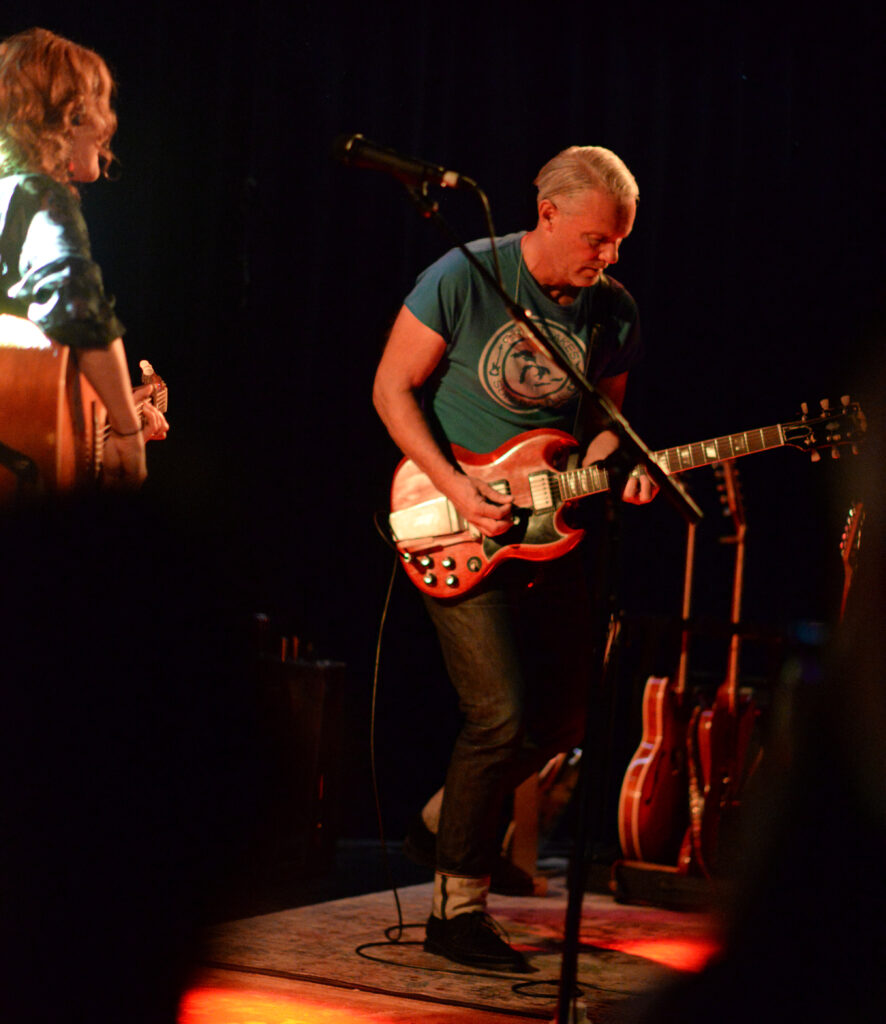 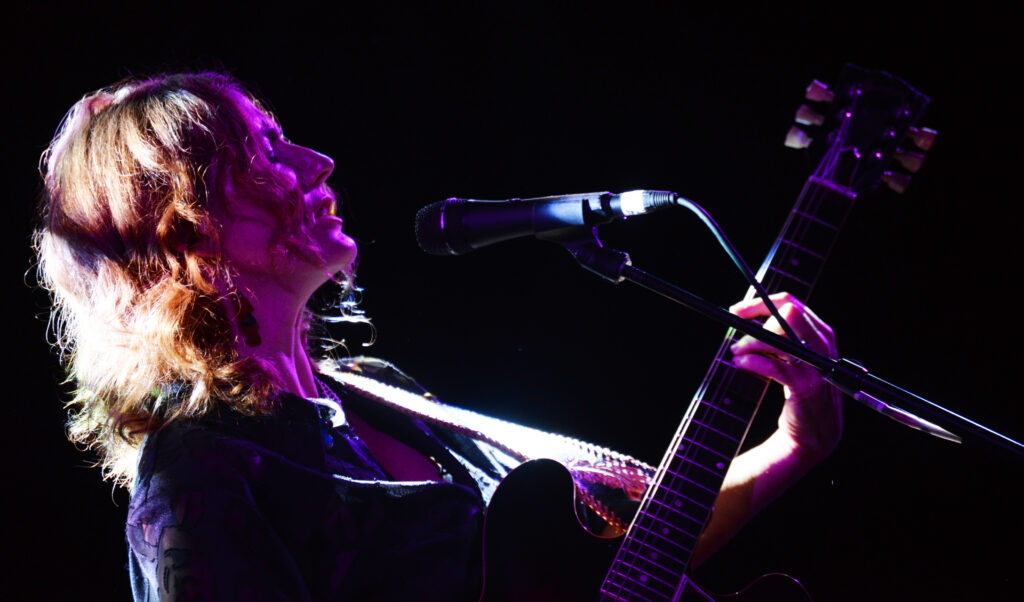 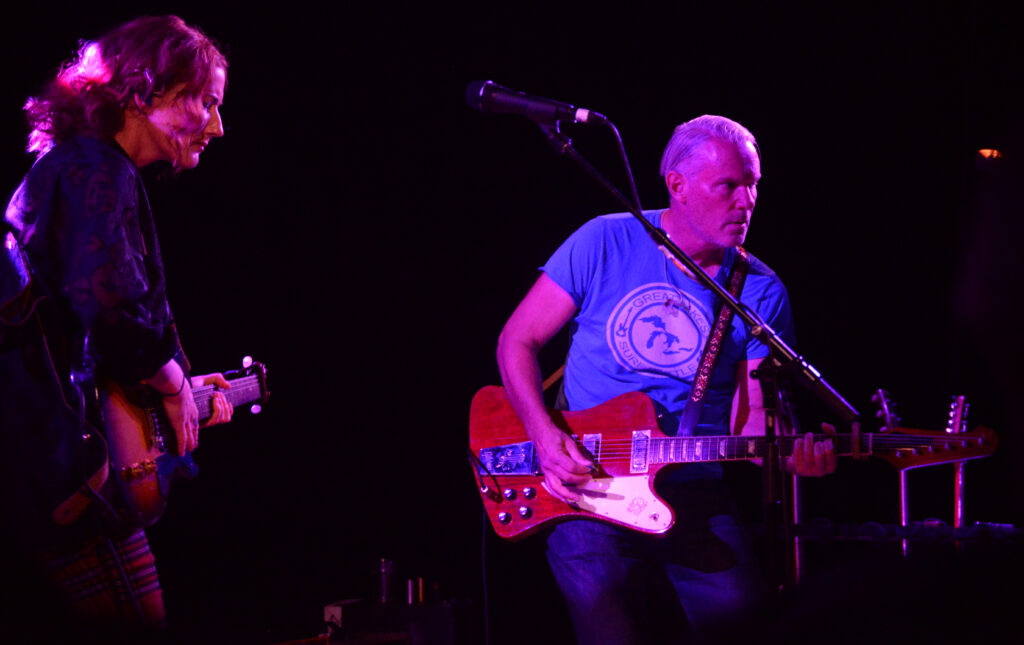 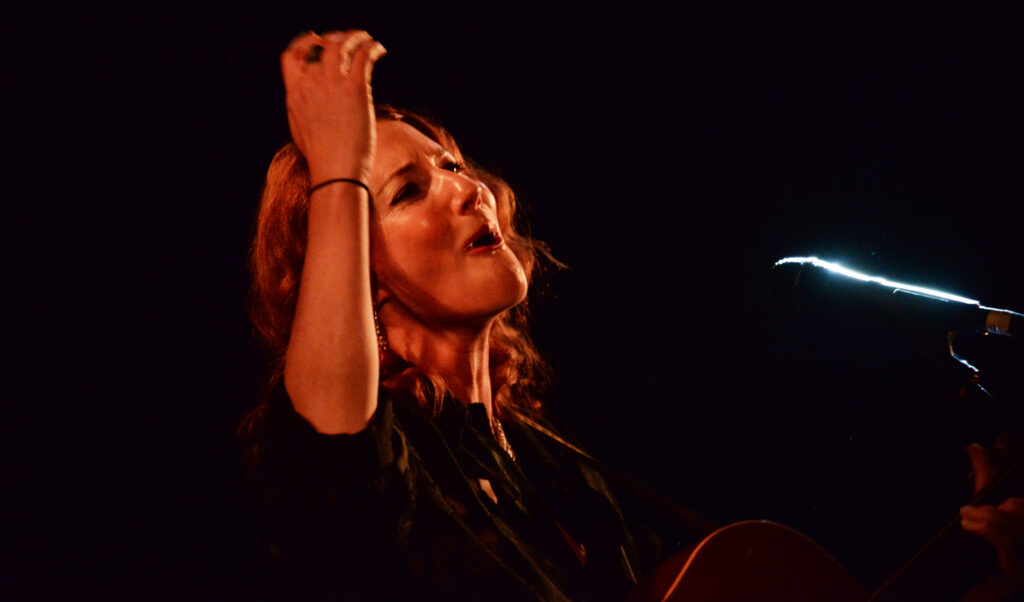 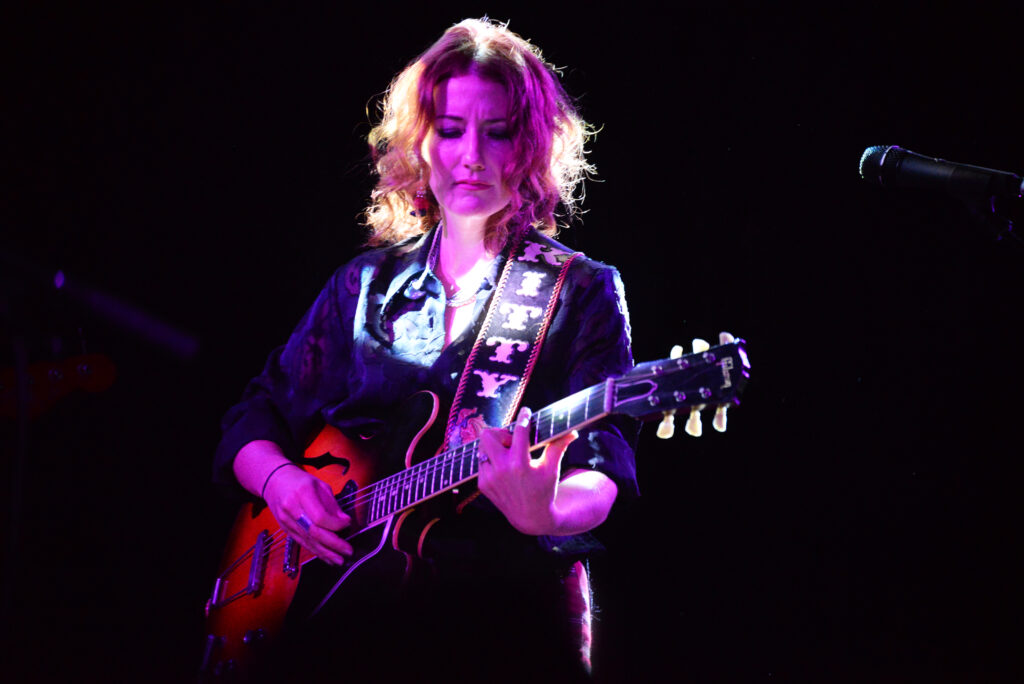 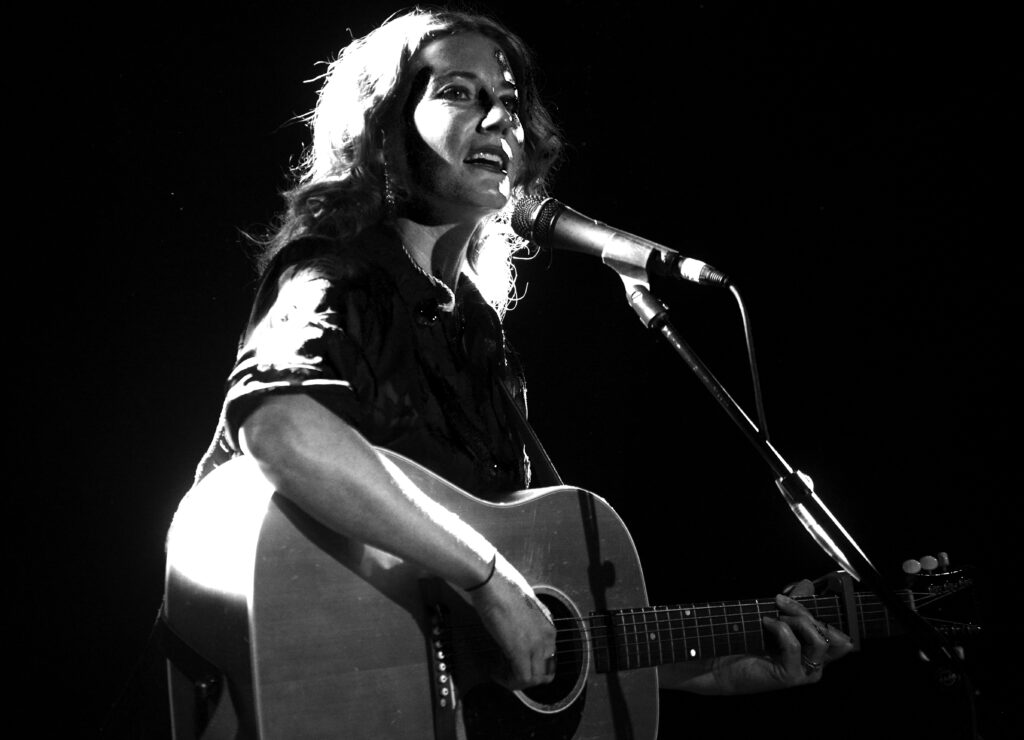 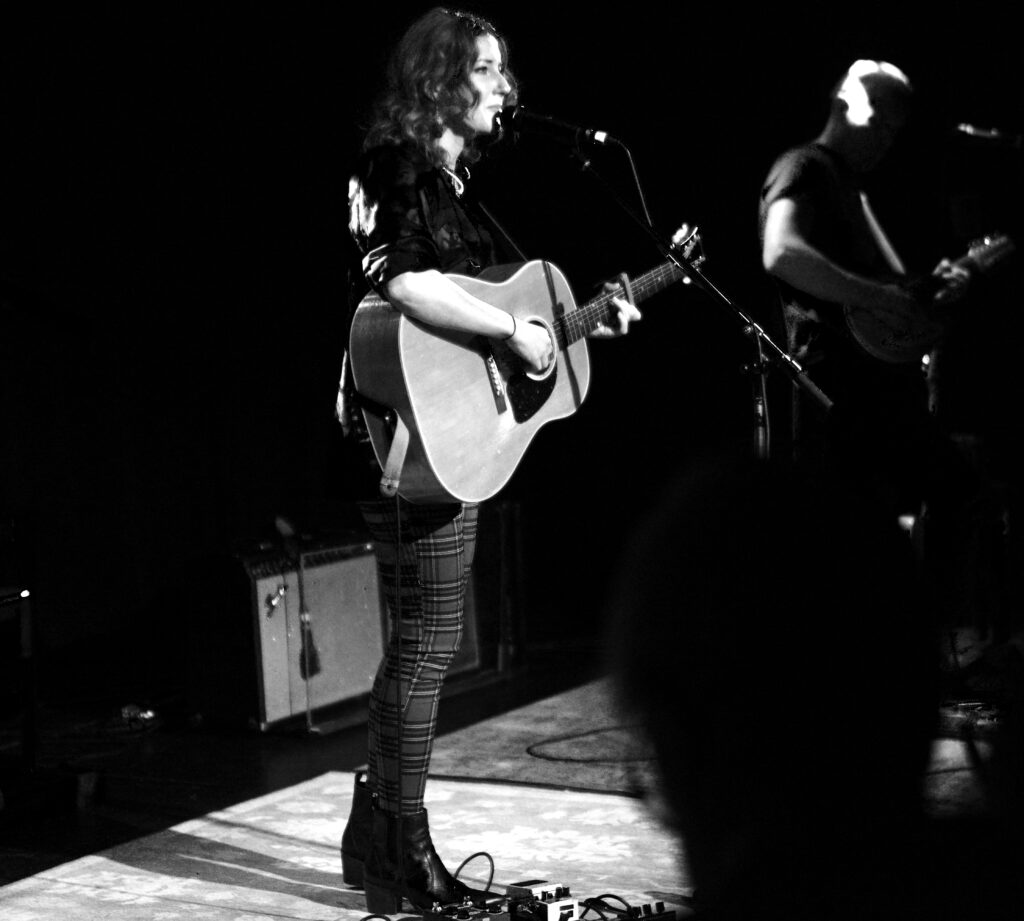 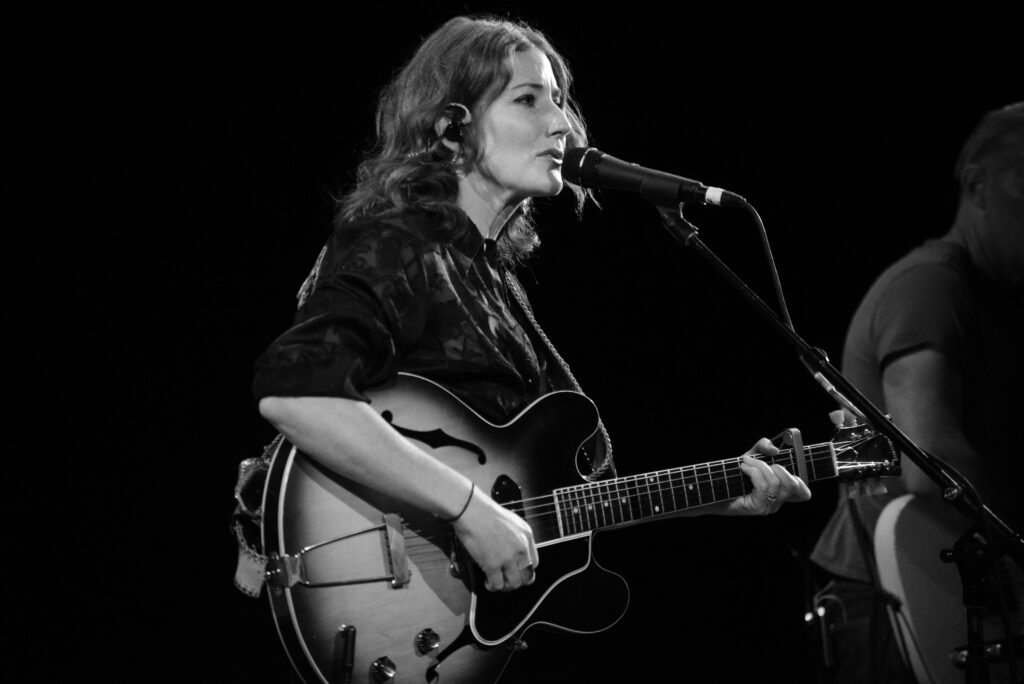 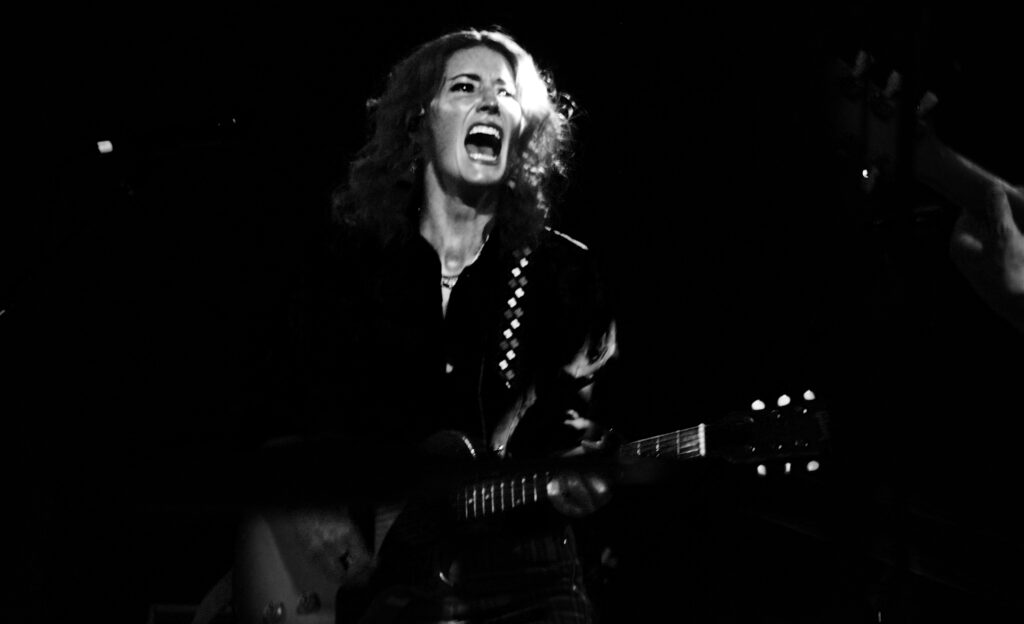 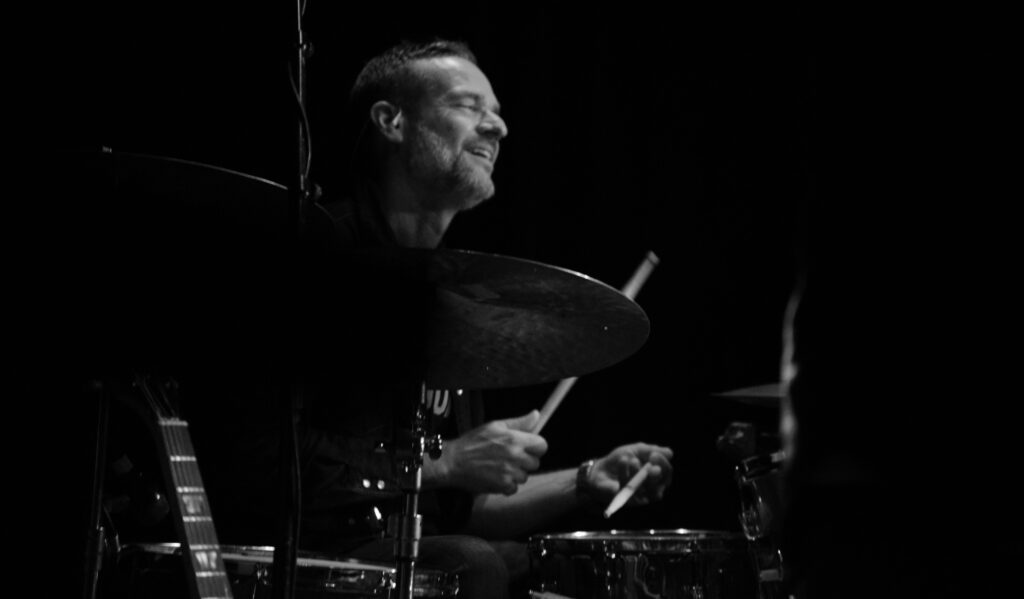 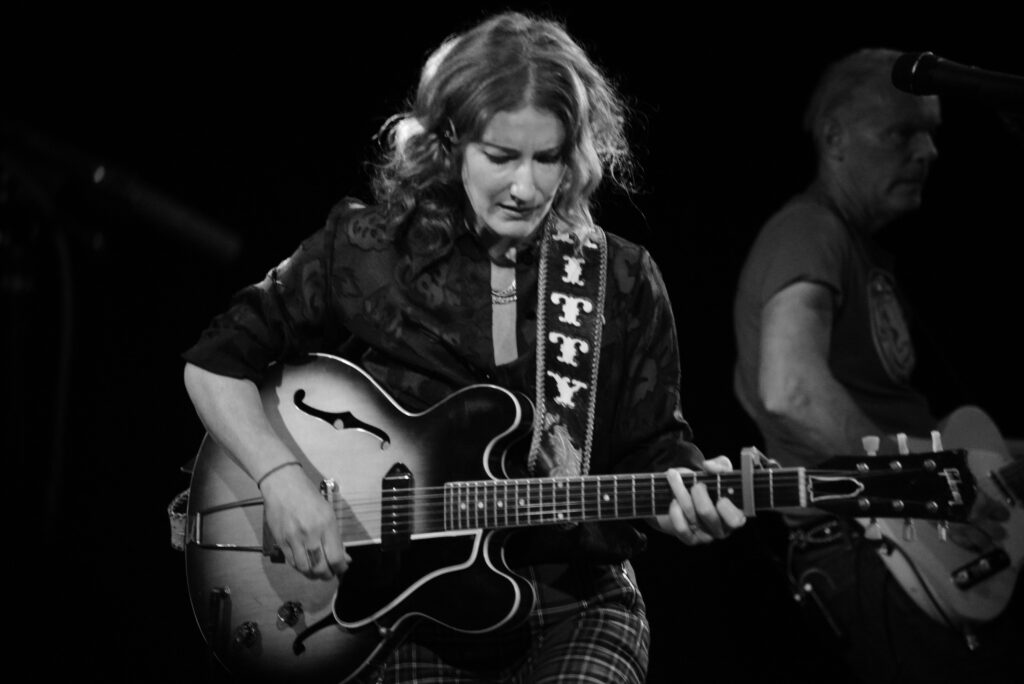 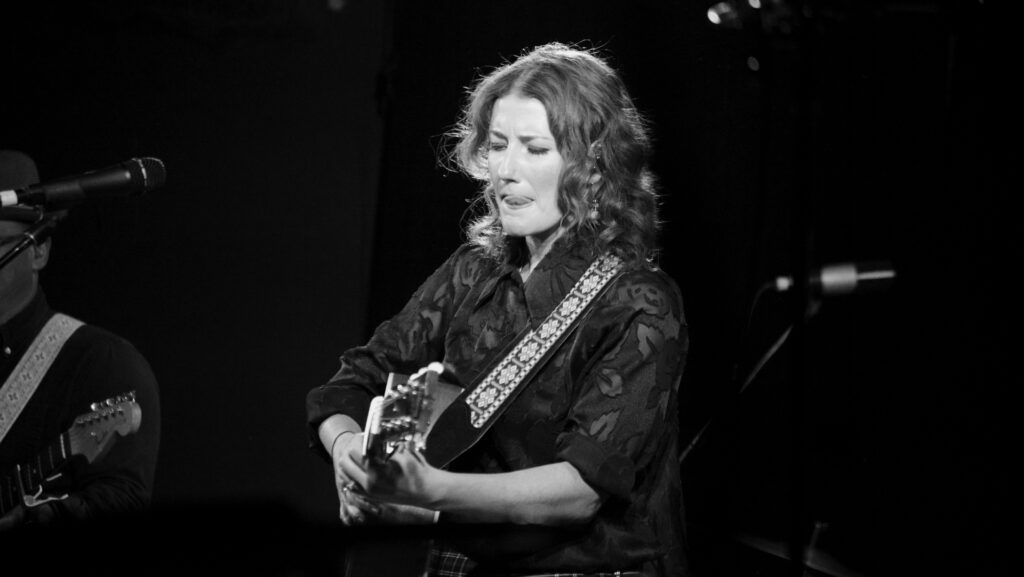 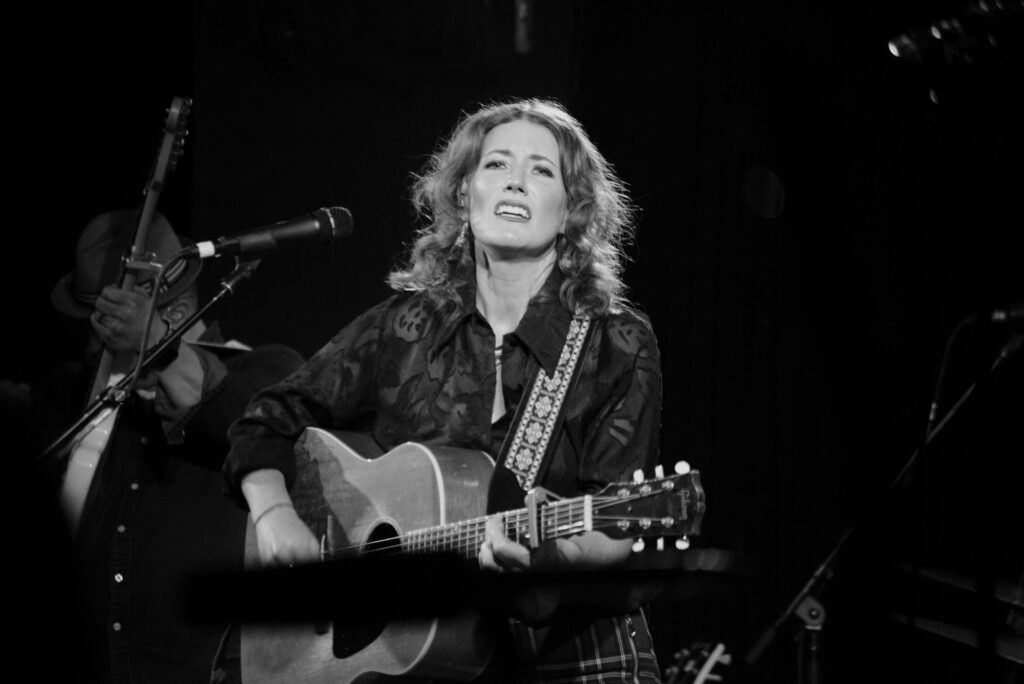 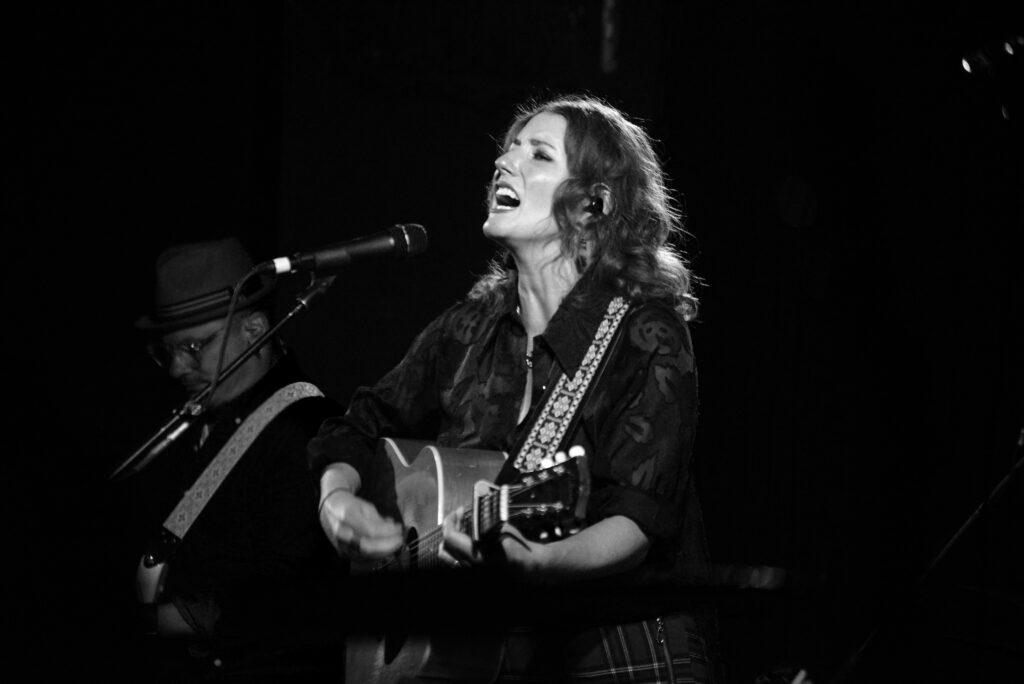 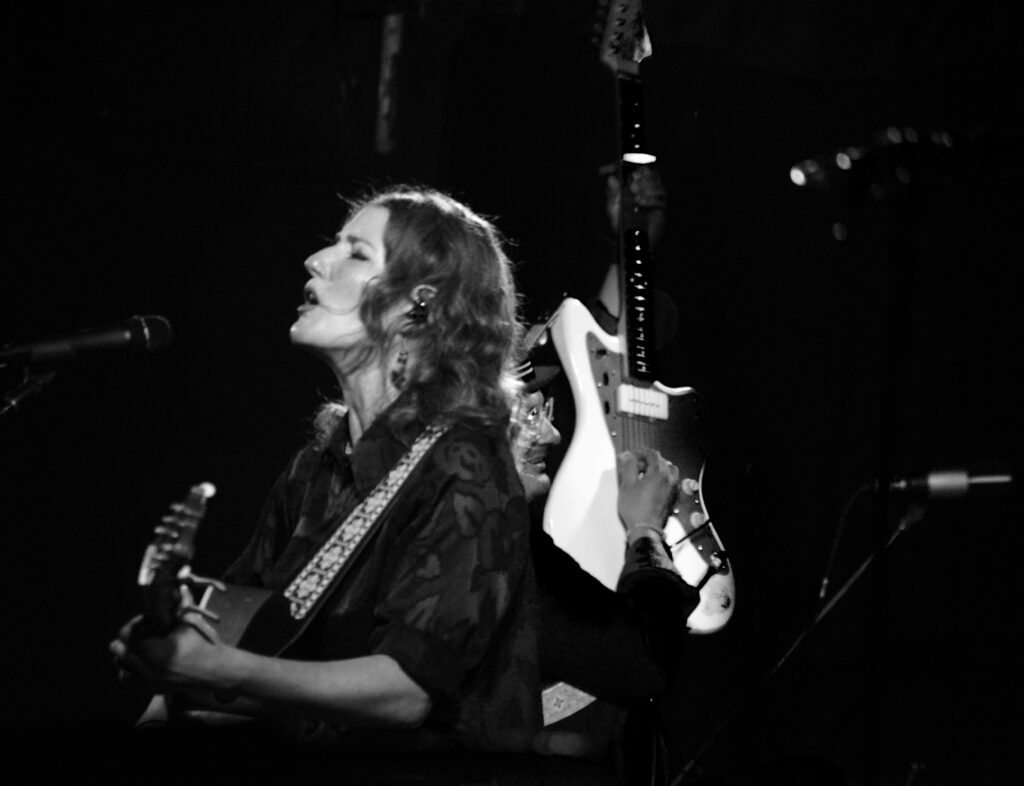 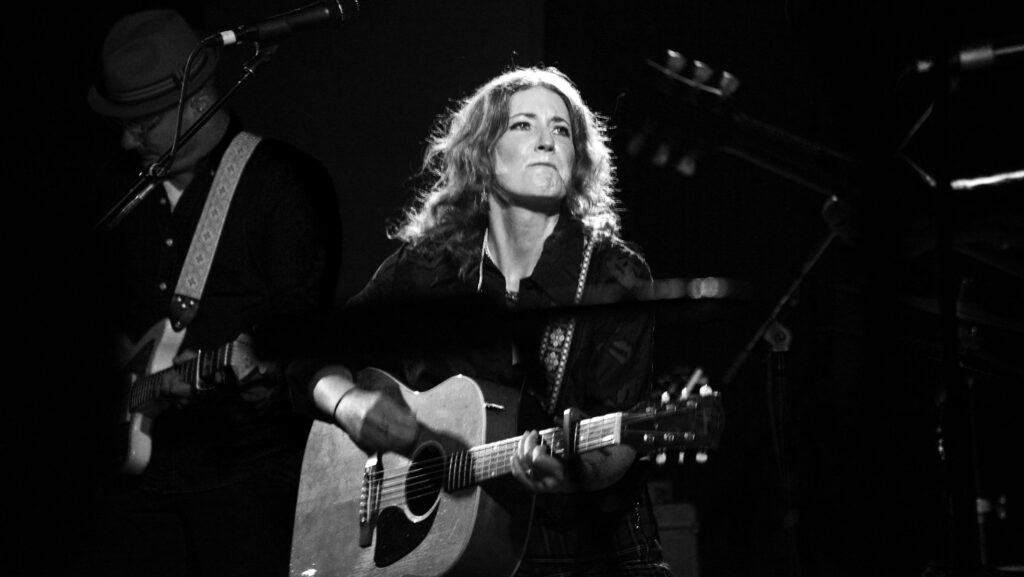 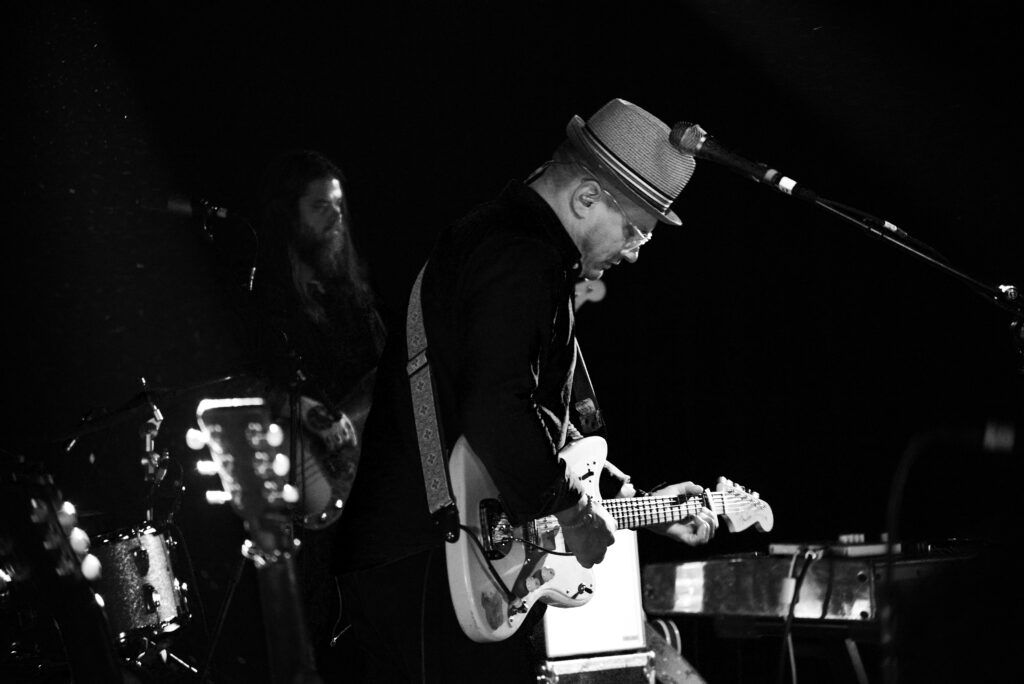