Gang Of Four @ Brooklyn Made 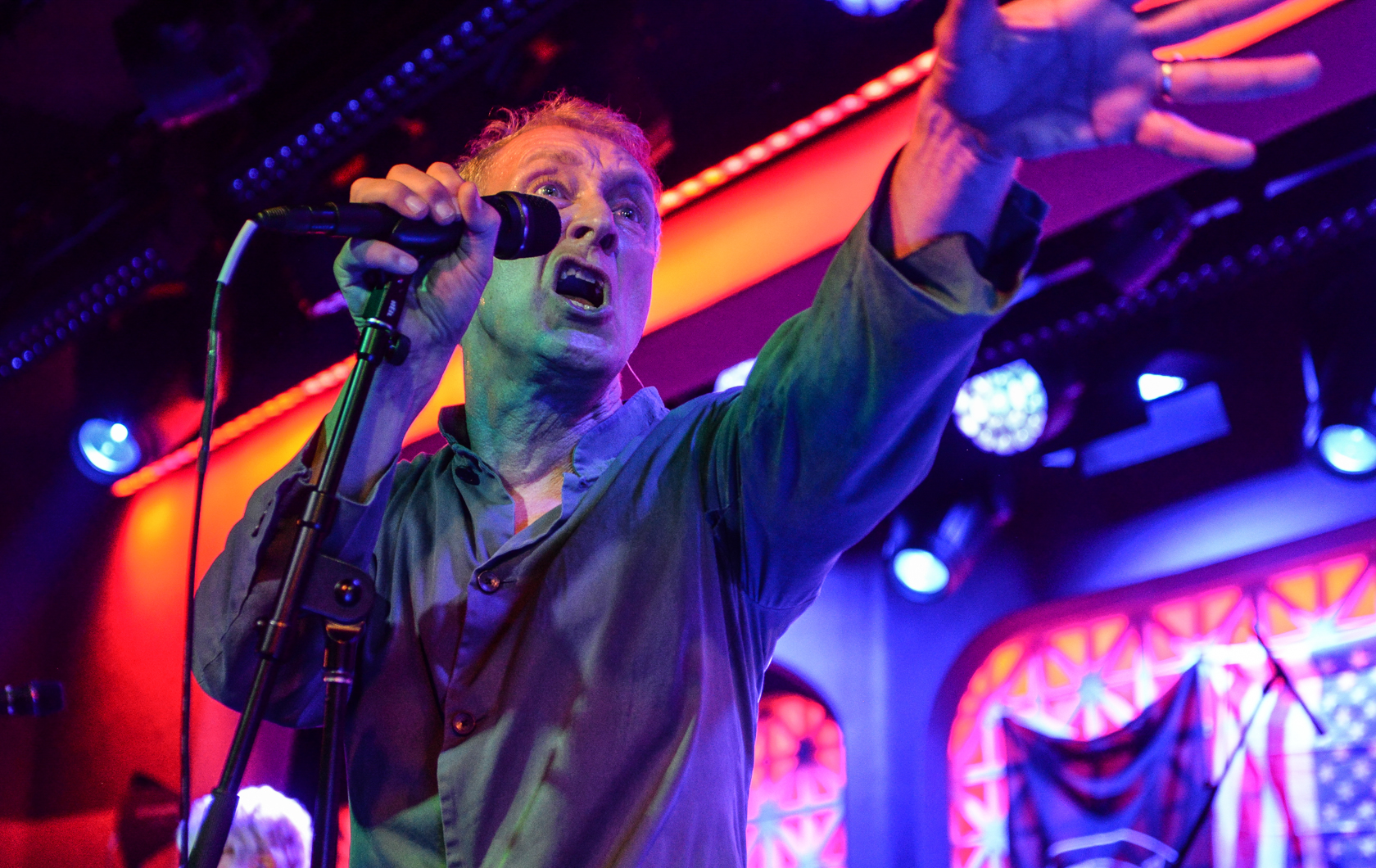 Gang Of Four at Brooklyn Made (photo by Ray Rusinak)

When it was announced last October that Gang of Four would be touring the States in 2022, I looked at it with eager anticipation being as for some reason or another, I had never seen the band live before. But truth be told, I also carried a bit of trepidation about the prospect. I mean, as big a fan of David Pajo (of Slint among want others) as I am, would he be able to fill Andy Gill’s rather large shoes? (Gill tragically passed away in February 2020.) Also, this was 2022 not 1981 and lead singer Jon King had certainly aged just as much as I have over the years. Would he be able to maintain the crazed stage presence of the past or would it be some watered down “oldies” show? As things turned out, my worries proved to be totally unfounded, as the Gang played an absolutely incredible show on Monday night at a packed Brooklyn Made.

Arriving at the venue around 7:30, I was able to procure a spot up front just to the right of the stage. The show didn’t have an opening act per se but rather in classic early 80’s style we were entertained by DJ Night Nurse (AKA Amy Wachtel) who managed to get the growing crowd moving with an eclectic mix of roots reggae, punk and post punk dance tunes.

Gang of Four took the stage around 9:30 with each band member meandering onto the stage one by one, culminating with Jon King, before they kick started the set with their opening tune “Return the Gift” from their 1978 debut full length LP Entertainment. And I have to say that my fears of King not being up to the task of performing with his youthful exuberance were immediately put to rest. King hit the stage like a dervish— flailing, spinning and bouncing all over the stage. From here the band moved on to what was pretty much a best of selection of songs from their late 70’s and early 80’s albums, Entertainment, Solid Gold and Songs of The Free with classics like “Not Great Men,” “We Dream As We Live, Alone,” and “Ether.” Throughout this first part of the show, King had been moving back and forth, up and down all over the place pretty much non stop. So when he left the stage for a moment after “Ether,” it wasn’t at all surprising to see him (out of sight from most of the crowd) fall to his knees and guzzle a bottle of water to catch a second wind of sorts. While this was all happening off stage, the band didn’t miss a beat with Pajo taking over vocal duties on a hypnotic version of “Paralysed” off the Solid Gold album.

The time off stage served King just fine as he returned and pretty much had the frenzied crowd of late middle aged former punks and millennials eating out of his hand. Coming back onstage with the fan favorite “Love Like Anthrax” sent the crowd right over the edge only to have the hysteria brought to a whole other level during the ensuing song, “He’d Send In The Army” during which King proceeded to smash a microwave oven to bits with a baseball bat all the while keeping time with the rhythm section of Hugo Burnham on drums and Sara Lee on bass. And while this is a stage antic which they’ve been doing for years, it certainly is still quite dramatic. To see a man, well into his late 60’s as King is, continue to demonstrate the rage and angst to which he displayed when he was a rebellious 20 something is something to celebrate (if not, unfortunately lament). 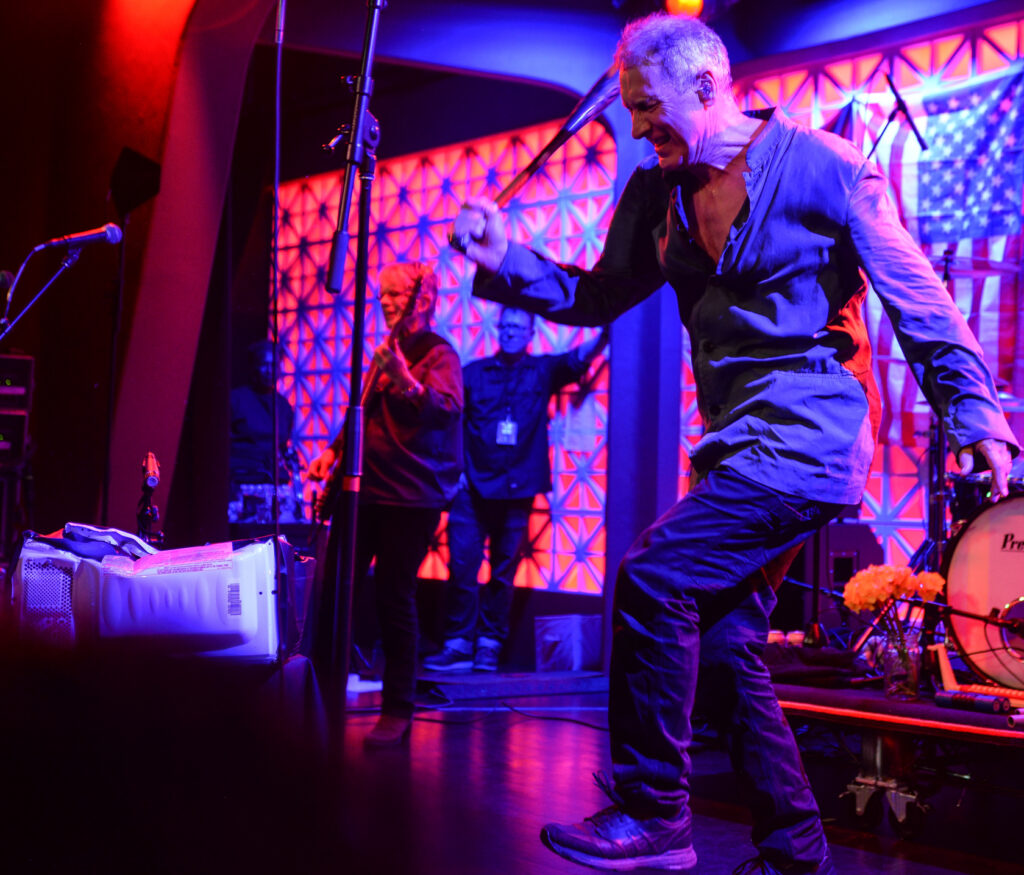 After scathing versions of “I Parade Myself” and “What We All Want”, the band got funky with their 1981 MTV dance floor classic “I Love A Man In A Uniform,” to which they were joined on stage with backup singers Dolette McDonald as well as Hugo Burnham’s daughter, Tess Burnham. This seems like as good a time as any to state how much fun it looked like everyone in the band looked to be having. Sara Lee seemed to have a permanent smile across her face all night long.  The majestic Burnham sitting atop the drum riser looked like he was having a blast peering down on King’s stage antics, all the while keeping a meticulous and steadfast back beat. And of course there was Pajo, the newest member of the band. Dressed in his snappy three button suit, he performed all night with a stoic precision which beautifully recreated Andy Gill’s rather unique guitar style and yet still maintain his own sense of style in doing so. It was even more pleasing to witness Pajo, who has experienced some mental health issues in the not too distant past, showing a sense of enjoyment in what he was doing up there on stage. When he and Lee exchanged glances at various points throughout the evening, you would be hard pressed to not have noticed the smile cracking through on his face. This, in and of itself, was a joy to witness and it alone was well worth the price of admission.

Nonetheless, the band kept the pace going as the show wound to a close with a mix of “To Hell With Poverty,” “Capital (It Falls Us Now),” and “Call Me Up,” to end the set. Closing out the encore with the all so appropriate “Damaged Goods,” with its anthemic chorus of “goodbye, goodbye, goodbye…” and the crowd screaming and repeating the words over and over right back at King, it is safe to say upon conclusion of the show that the sold out crowd had to have been happy with what they were so lucky enough to have just witnessed. 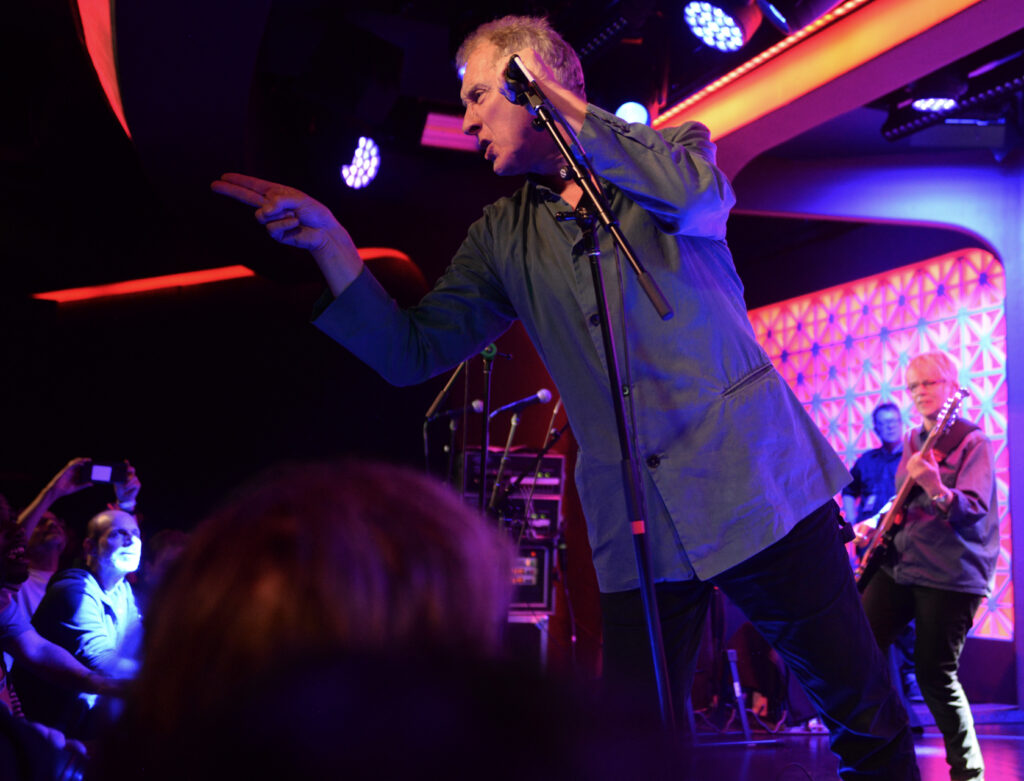 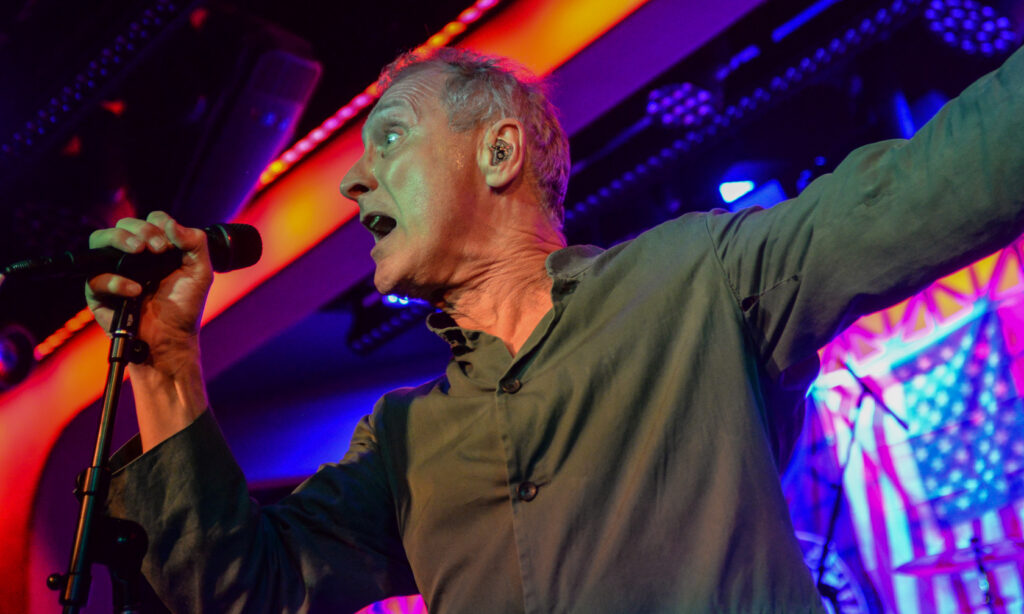 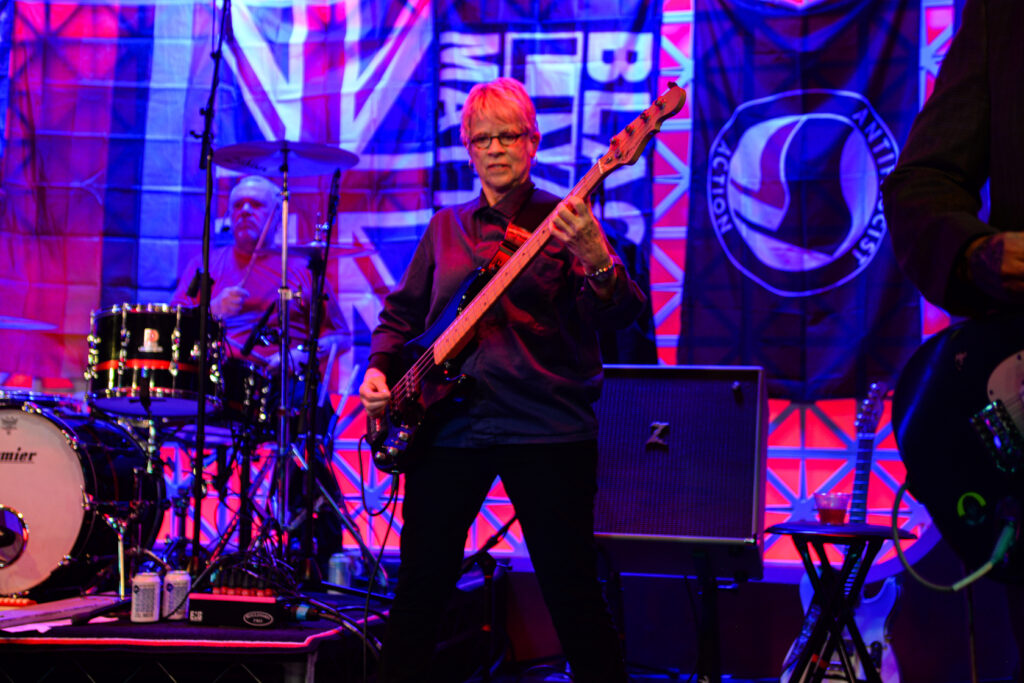 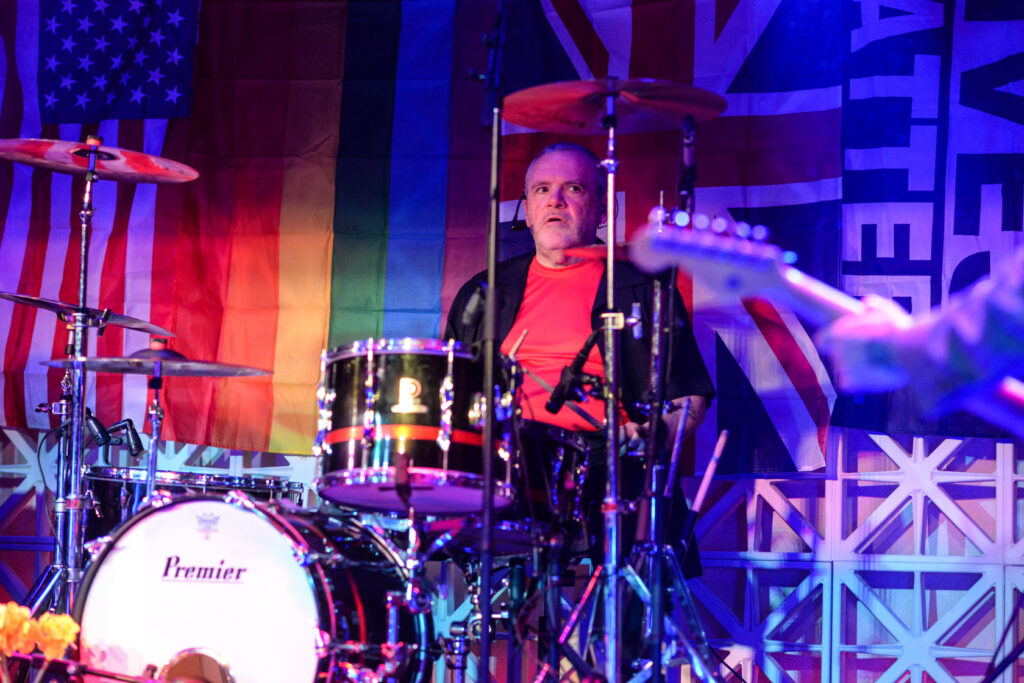 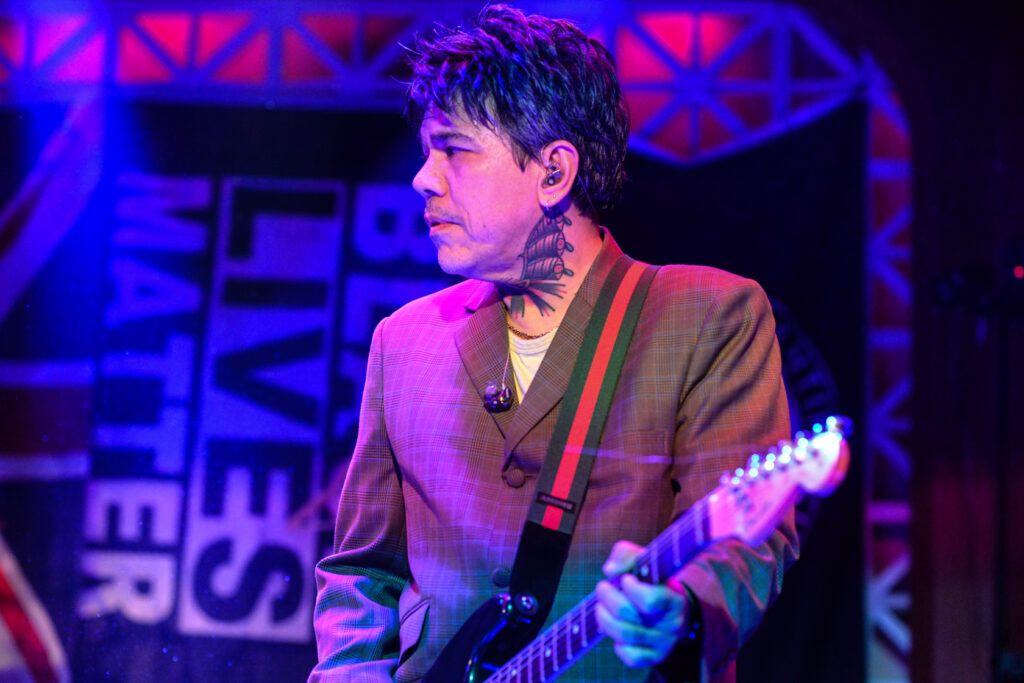 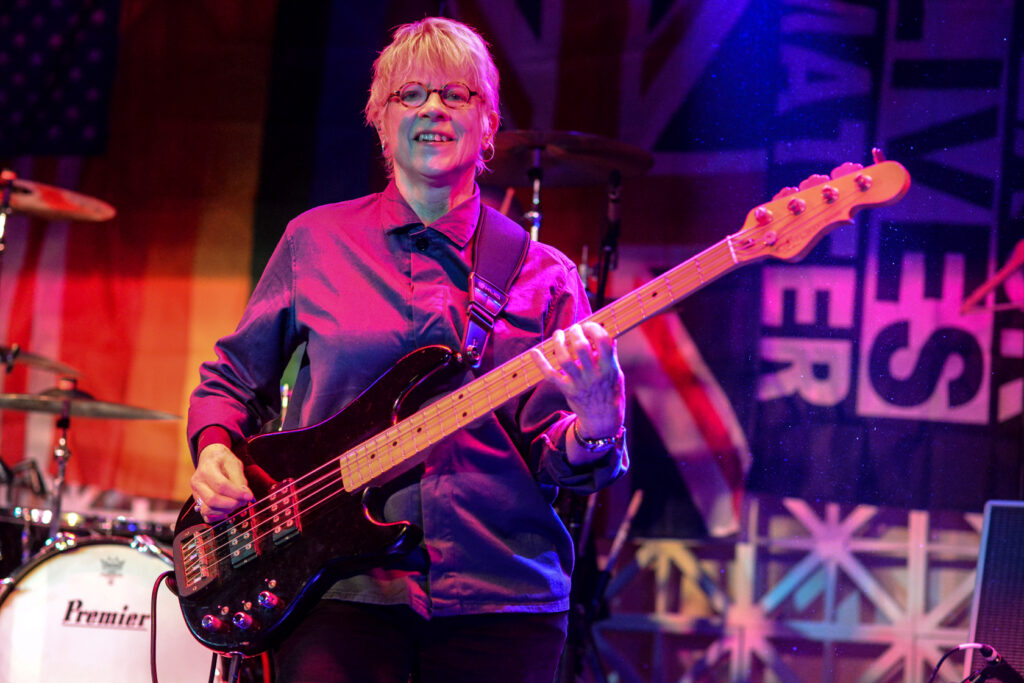 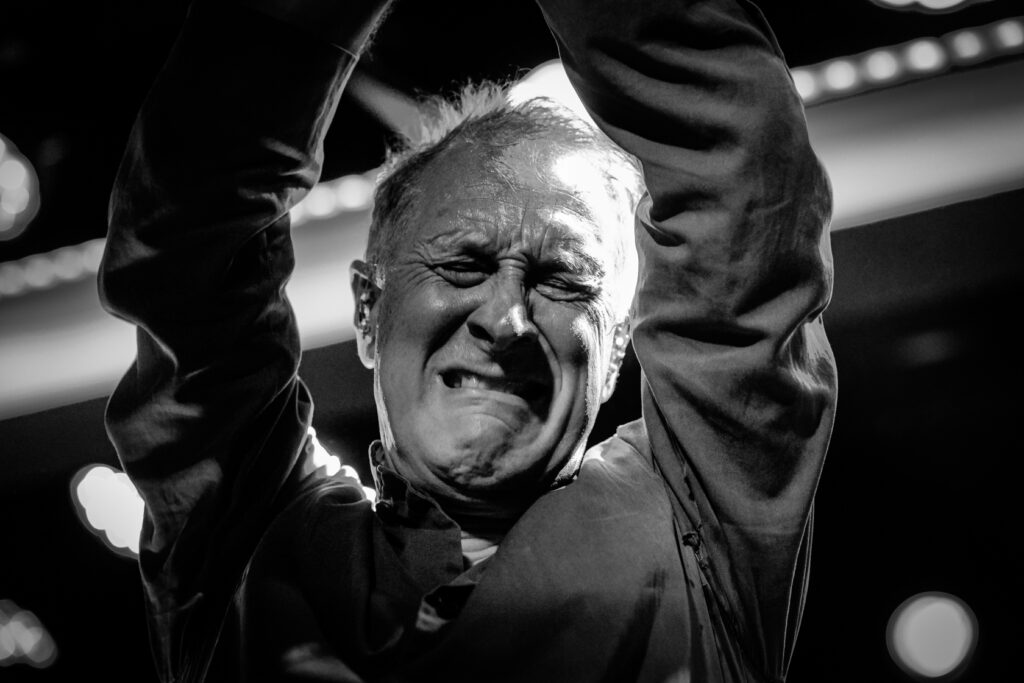 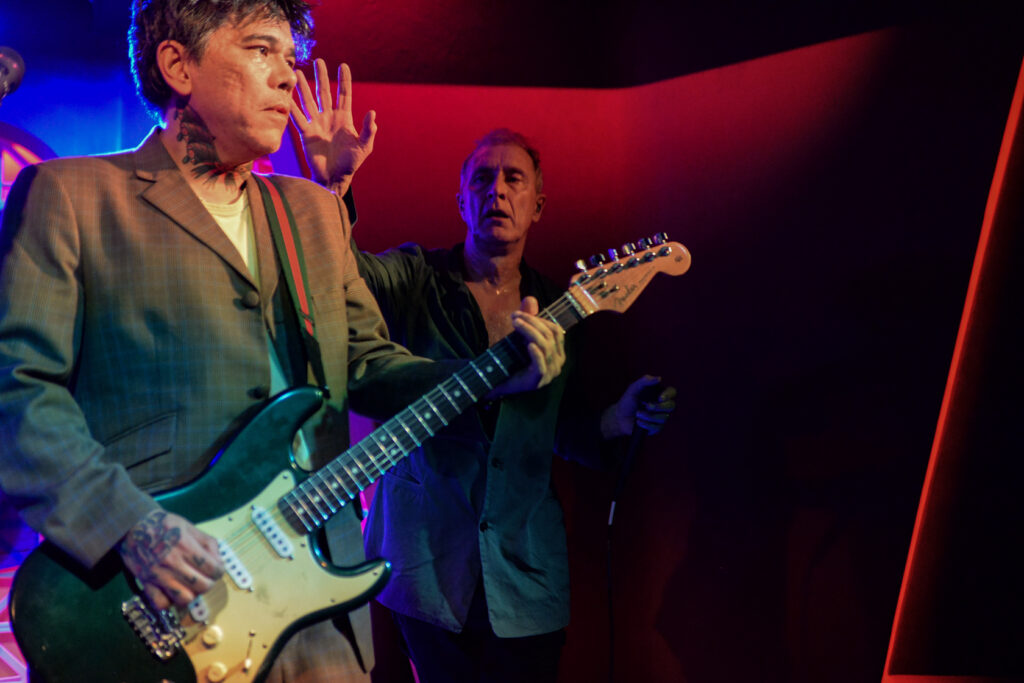 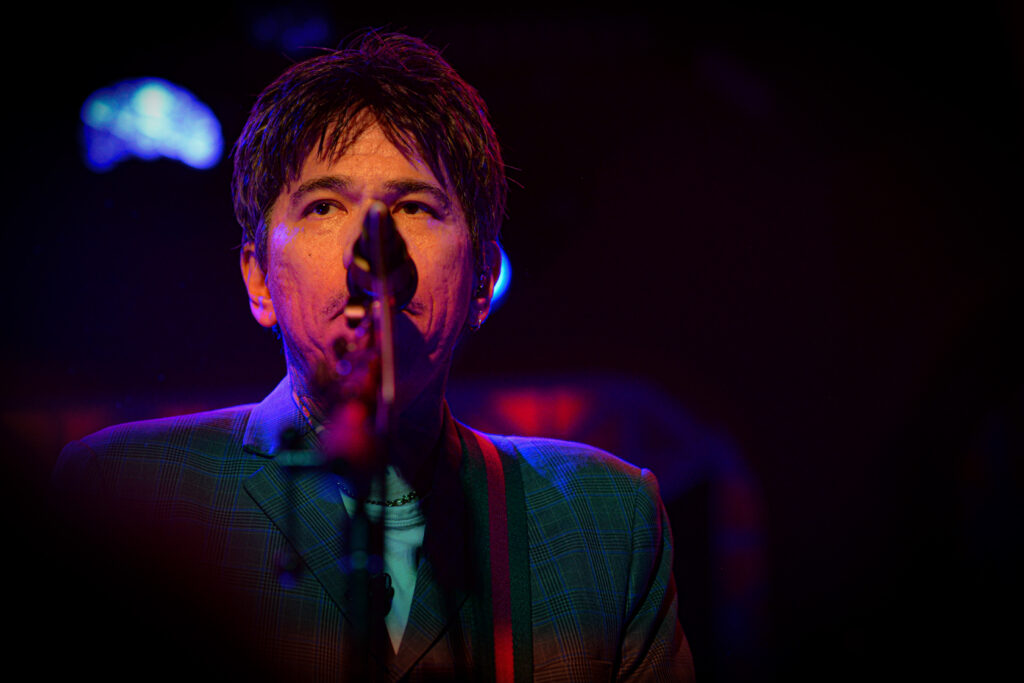 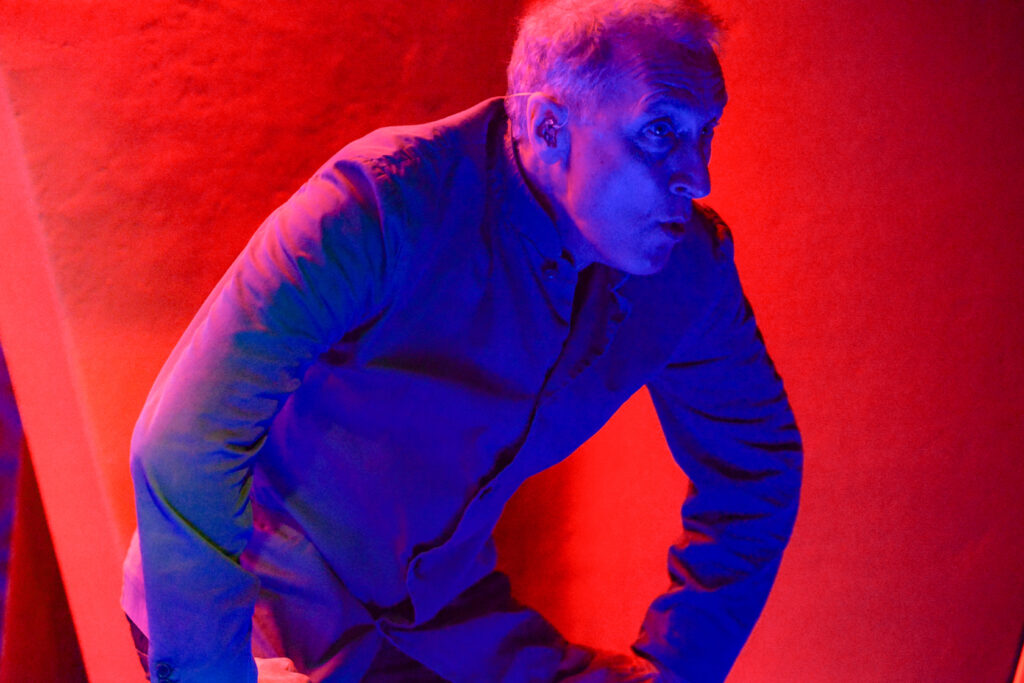 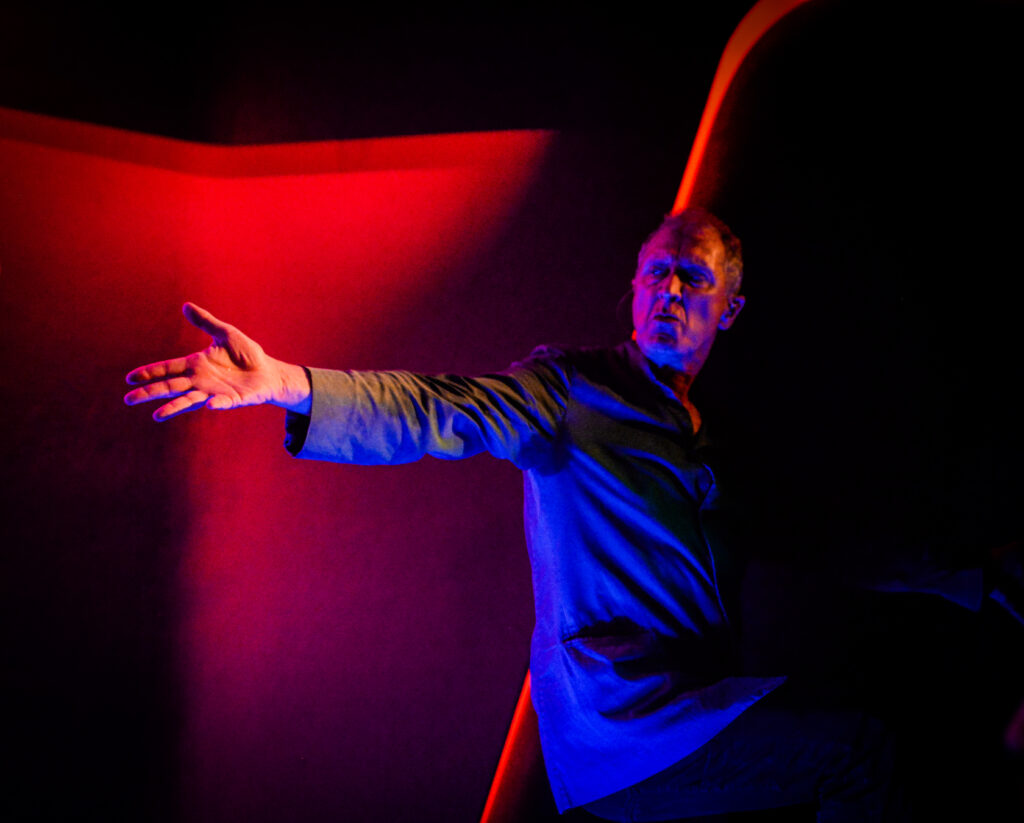 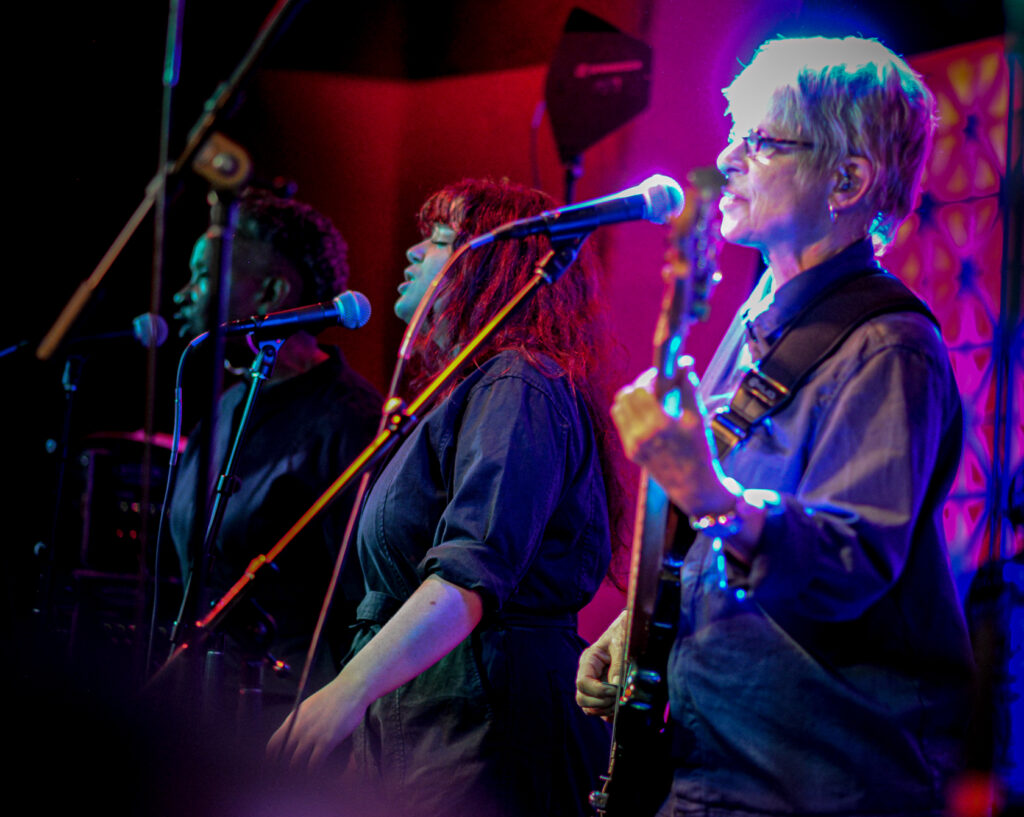 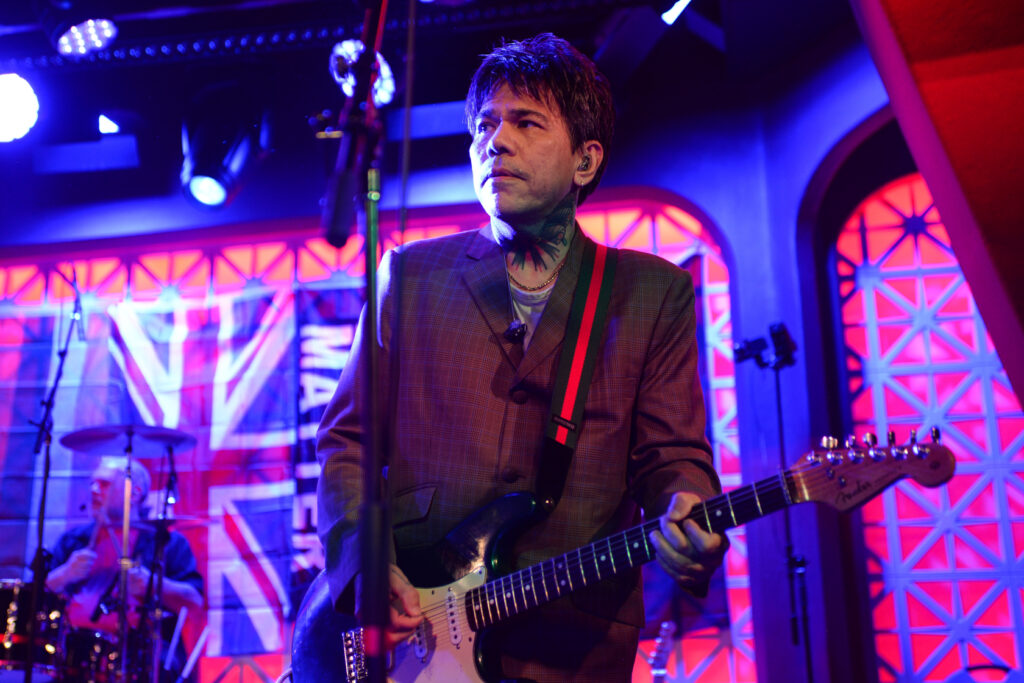 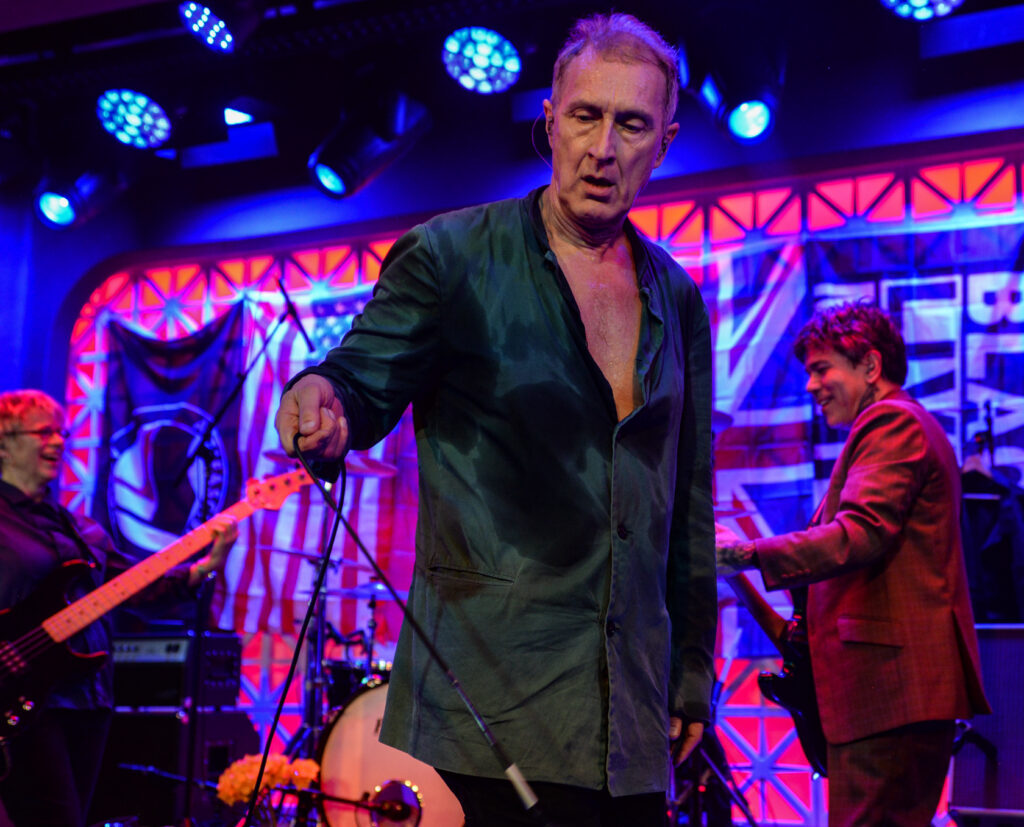 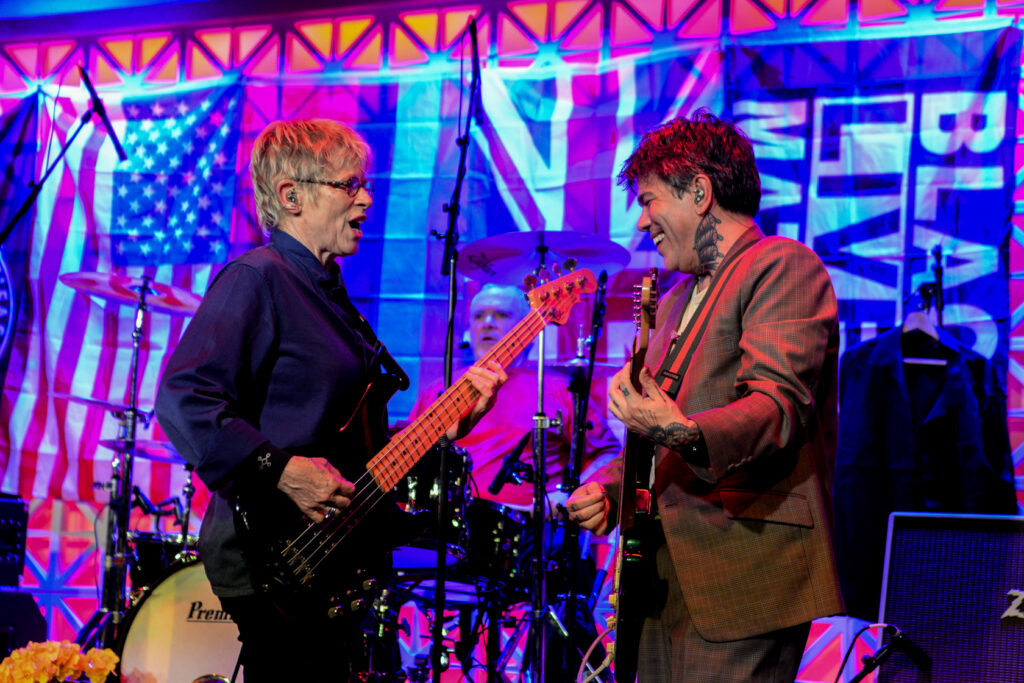 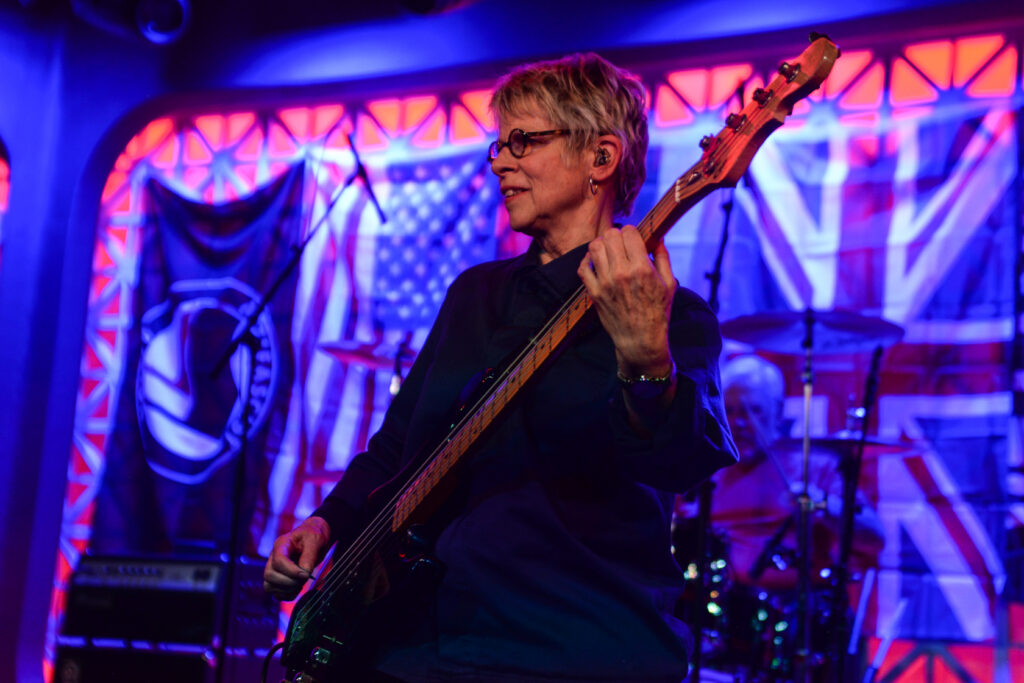 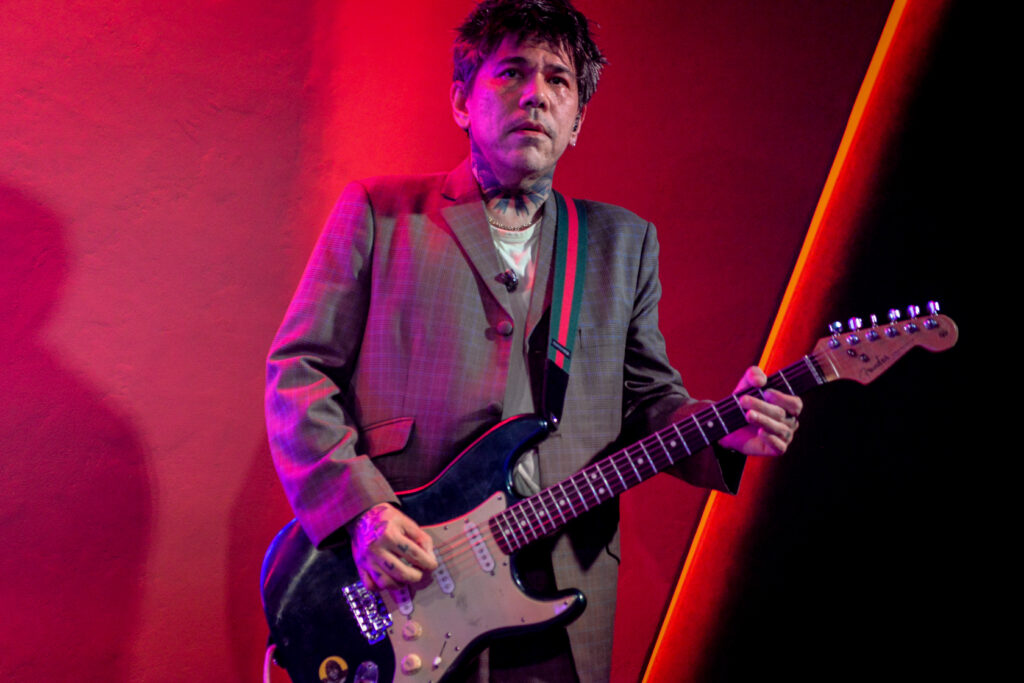 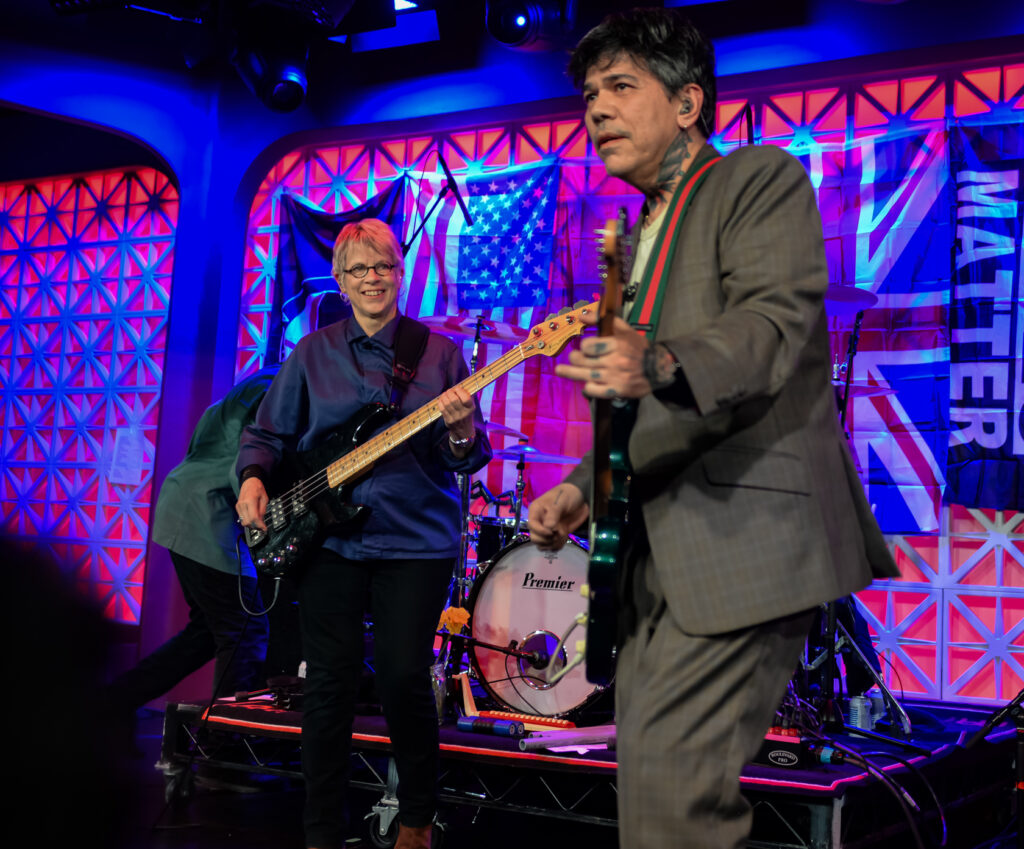 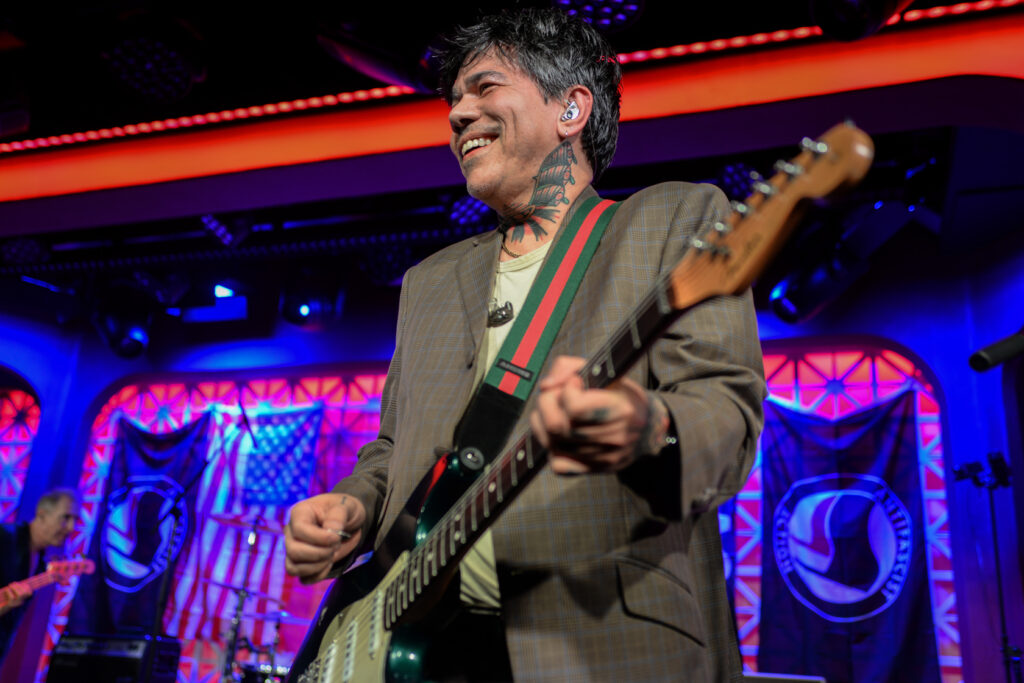 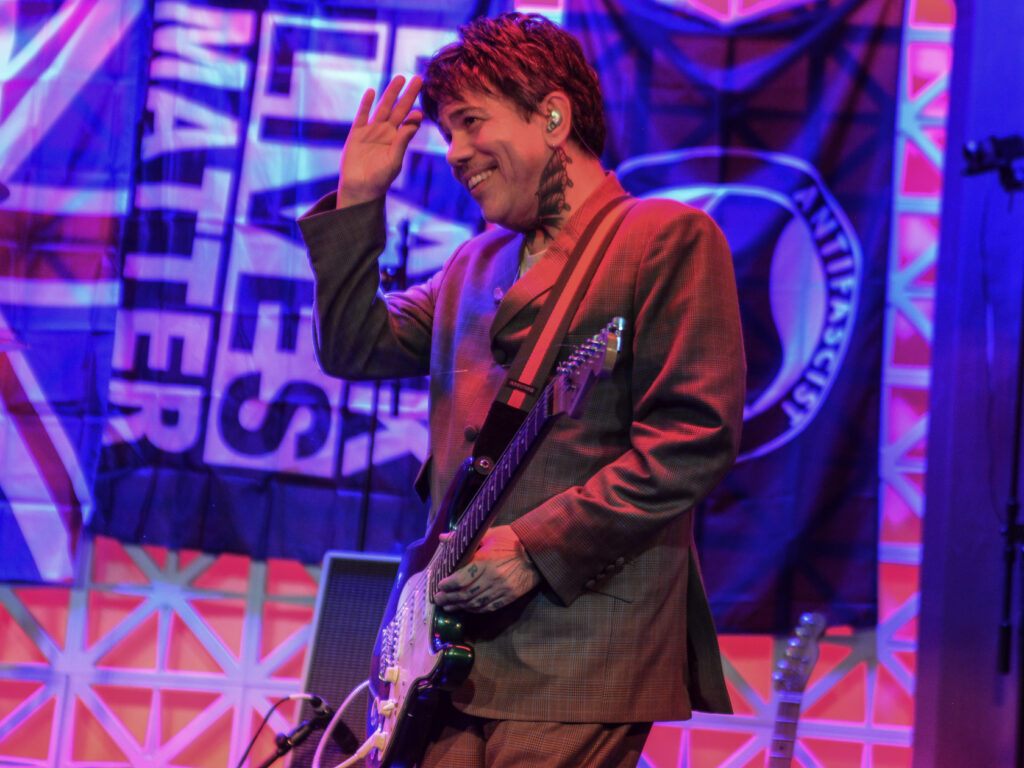 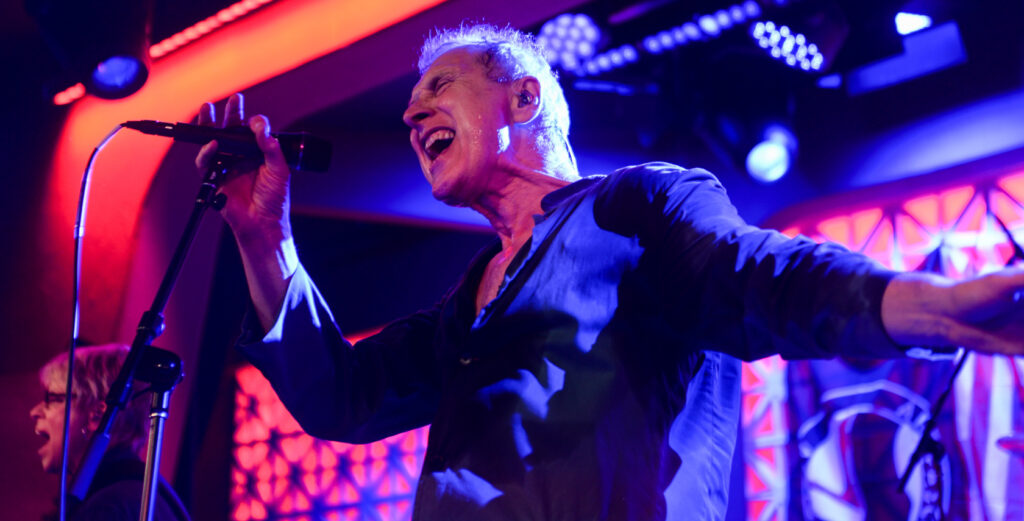