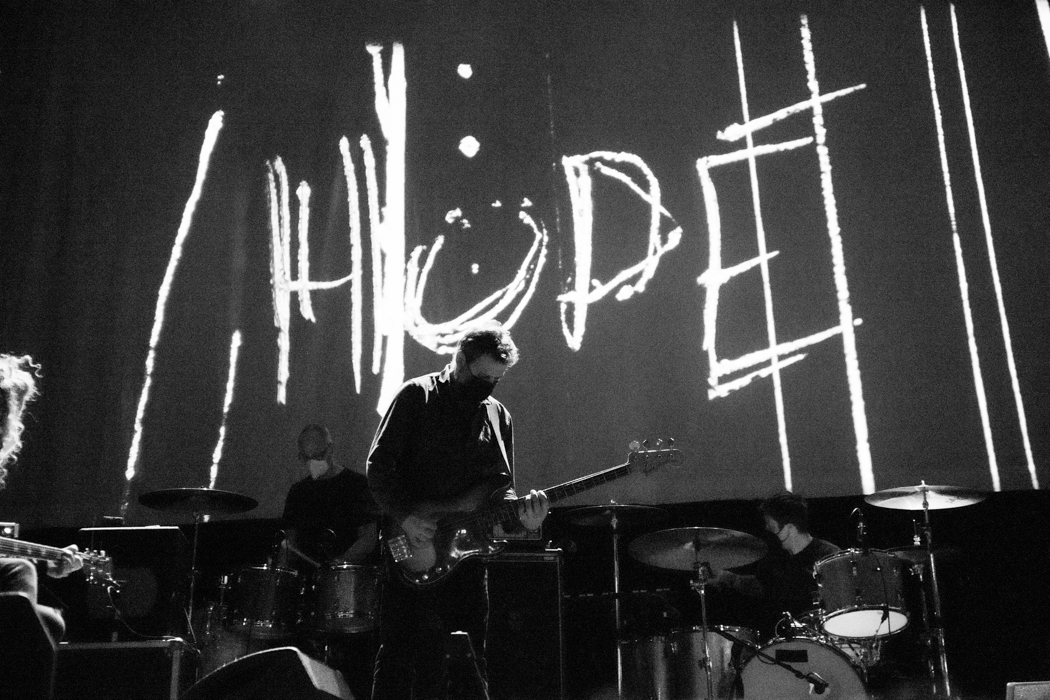 Godspeed You! Black Emperor made a stop at Webster Hall on their current tour and being both a huge fan of instrumental music, and never having never seen the band before, I knew I needed to make it a priority to be there to see them. That being said, I really think GYBE is less a band to watch, and more a band to experience, a band that you become fully immersed in as you are face to face with their confronting presence. Atmospheric, symphonic, cinematic—yes indeed, I was immediately lost in their world of sweeping and dynamic post rock the moment the first eerie notes rang out until the final wail of feedback faded away.

One of the beauties of instrumental music is that while yes, the creators have their own vision in mind of what any given song is specifically about—and GYBE definitely makes the political message of their music known—in the end, the listener gets to experience it the way they want to want to and can make the songs be about whatever they want. Sure the same can be said with (at least some) music that contains lyrics, but with instrumental compositions, there is infinite room for interpretation. You get to feel the way you want to feel about the music and interpret it any way you want. 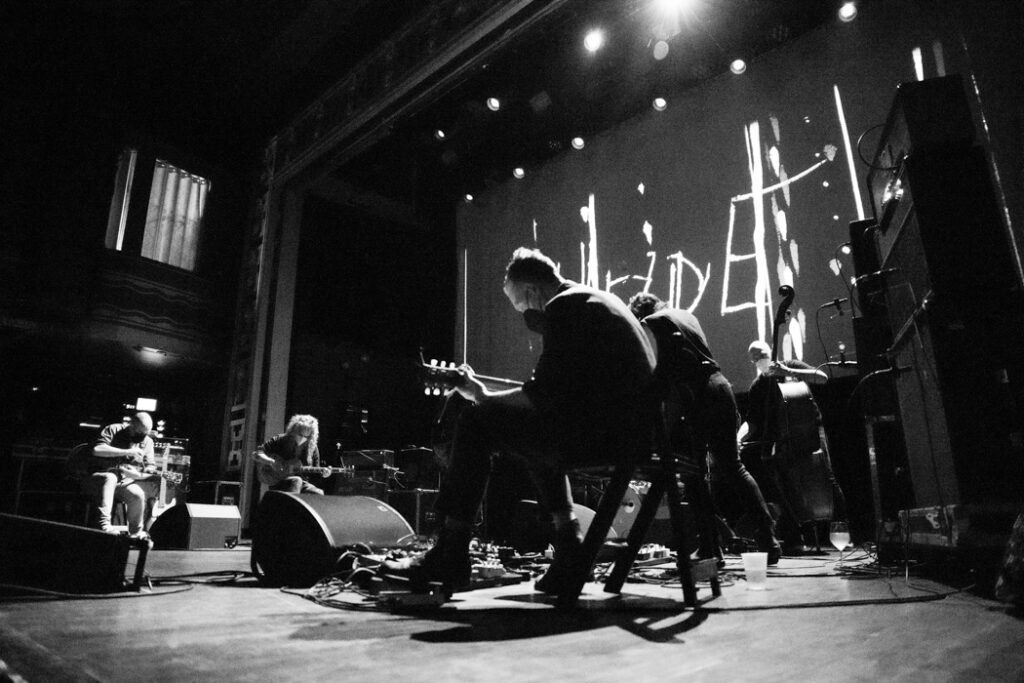 And while most of the audience stayed in rapt attention throughout the set, locked in with the band on stage and focused on the projections behind them, there were those who took a different path and that open ended interpretation to heart for a more full body experience. There were two people who did a kind of interpretive dance next to the bar on the balcony for most of the set and never seemed to look at the band at all, rather letting the music flow through them, swaying and moving wildly as the dynamics rose and fell. And after I got all the shots I wanted for the night, I even took several minutes away from watching to lay on a couch upstairs on the Balcony while I closed my eyes and let the music swirl around me and overtake my senses. Not something I have really done at a live event before, but it felt none-the-less powerful to put my camera and my phone down and be 100% present, focused purely on sound rather than visual.

The set was comprised of mostly newer material including “First of the Last Glaciers,” and “Job’s Lament” from 2021’s G_d’s Pee AT STATE’S END! and some of my personal favorites, the multiple movements of “Bosses Hang,” and “Anthem for No State” from 2017’s Luciferian Towers. But the strongest reaction from the audience came when the opening contemplative notes of “Blaise Bailey Finnegan III,” from 1998’s Slow Riot for New Zero Kanada began playing and the sample of Bailey talking kicked in. They closed out the night with this opus, and I was back on the edge of the balcony to watch, the massive crescendo crashing into me like a ton of bricks. I stayed mesmerized until the very last ounce of feedback had dissolved into the air, each pedal board faded down and turned off one by one to draw out the conclusion.

The show was opened by Canadian singer songwriter Myriam Gendron, who plays indie folk with poetic lyrics. I was unfamiliar with her work before the show and I am still learning more about her, but I did discover that some of her lyrics are actually poems that were written by others that she was moved to write music to, such as the songs on her 2014 debut album Not So Deep A Well which featured her original guitar compositions to the poems of Dorothy Parker. Her work since then has combined playing traditional music or using it as inspiration for new original compositions and taking a hybrid approach to combine the old with the new. In the live setting she sang beautifully, some songs in English and some in French, and was accompanied by her own guitar and guitar from Luc Bonin for a quiet, most interesting and introspective addition to an already remarkable evening. 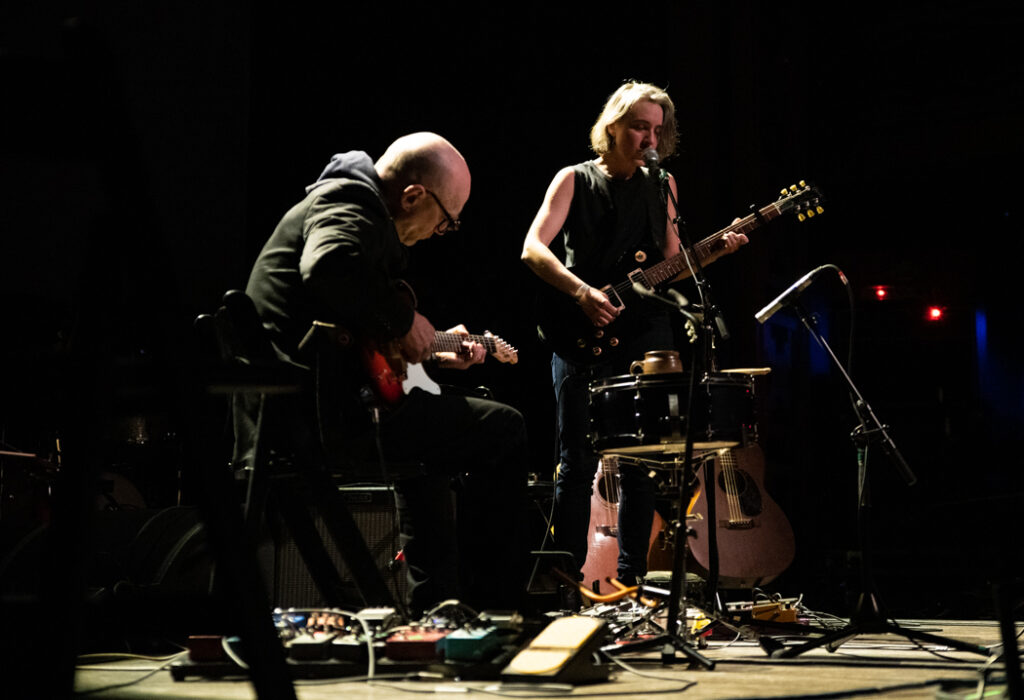 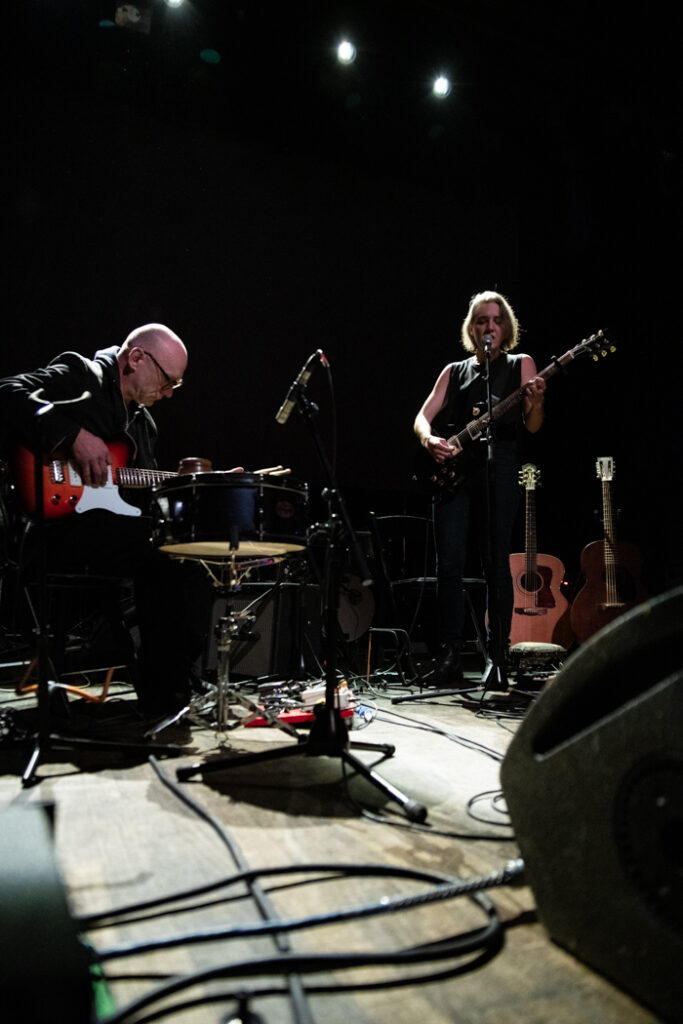 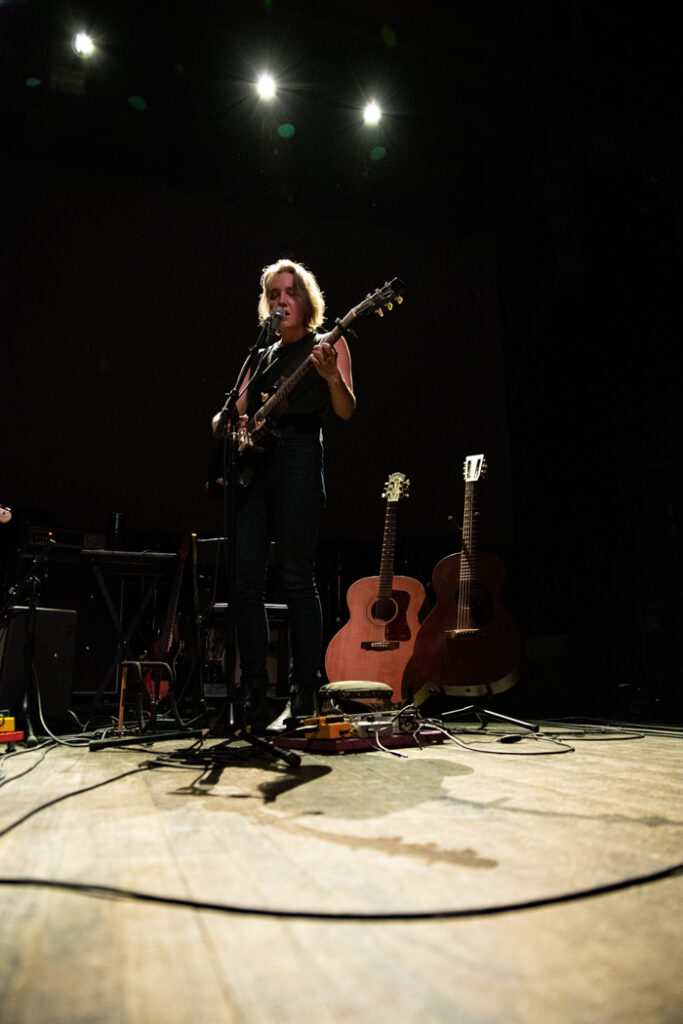 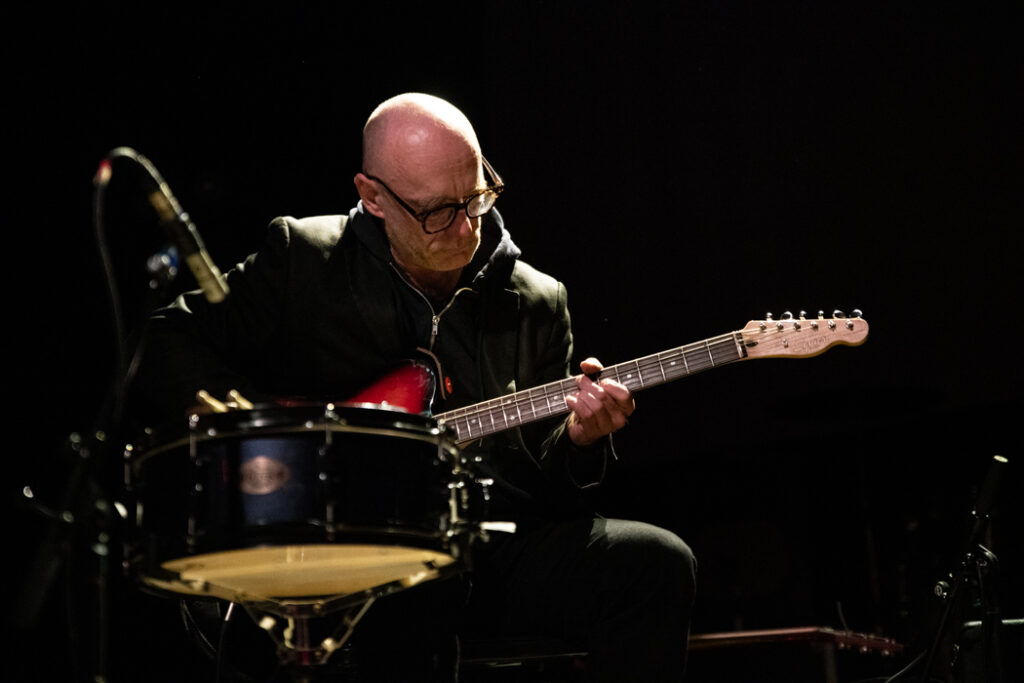 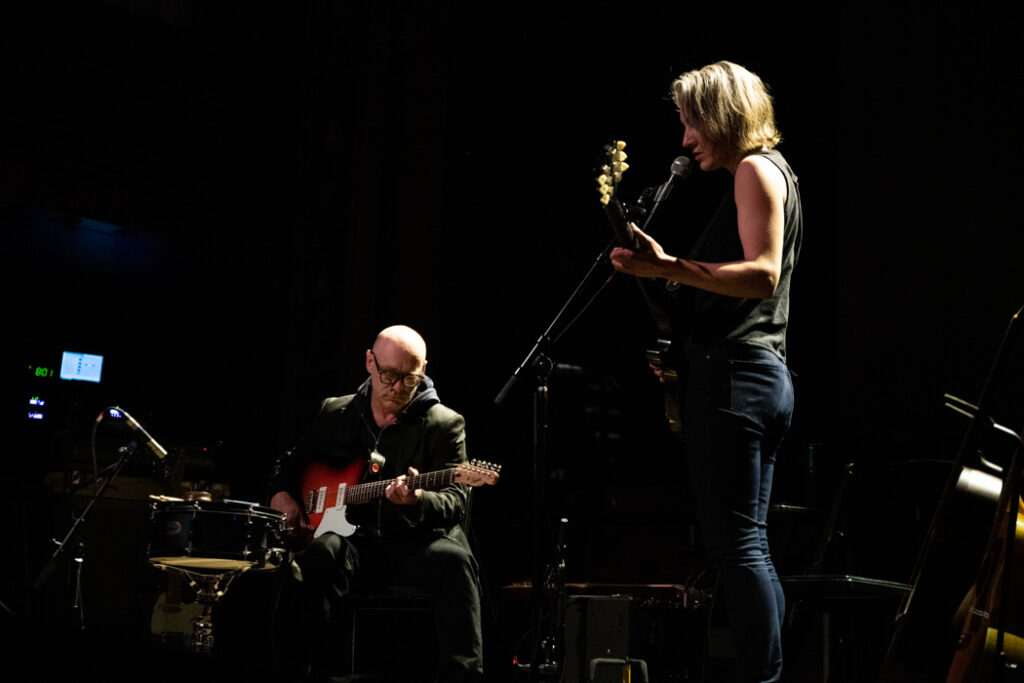 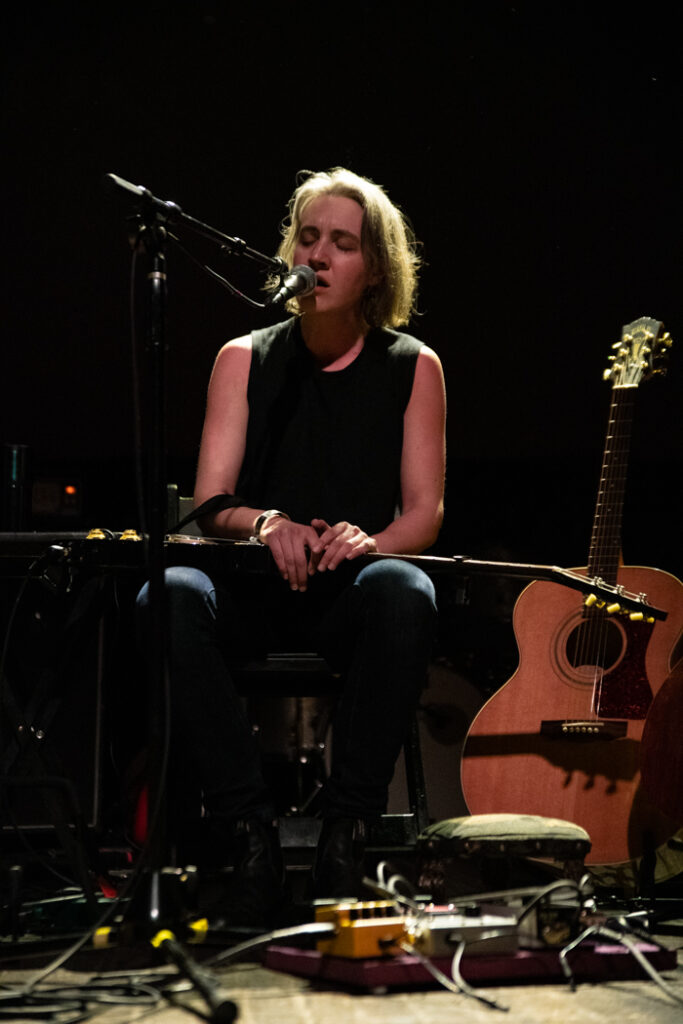 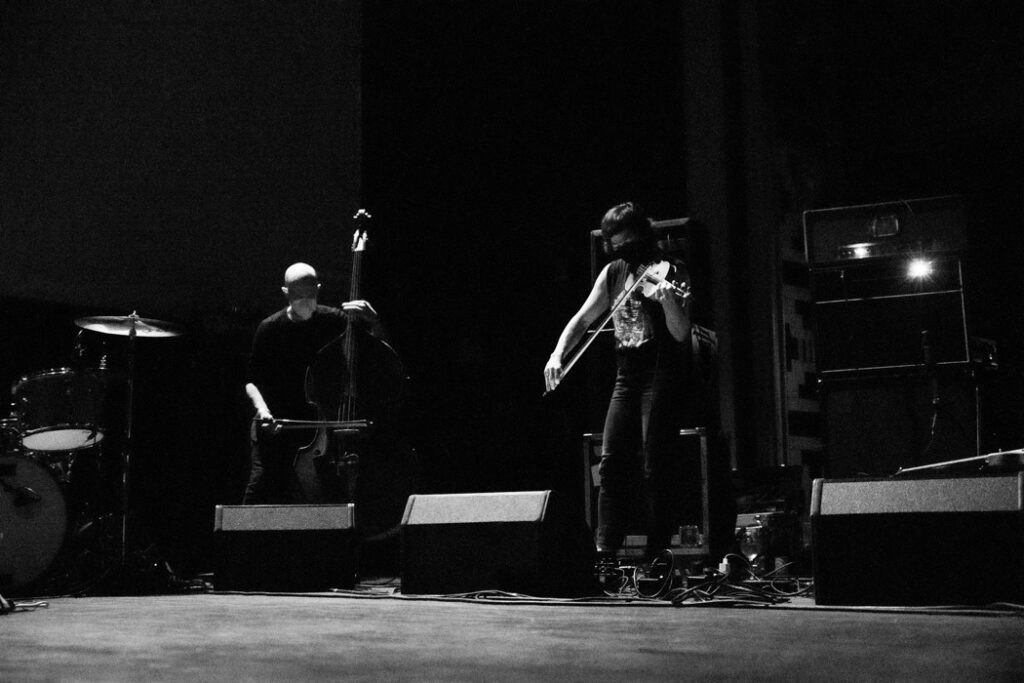 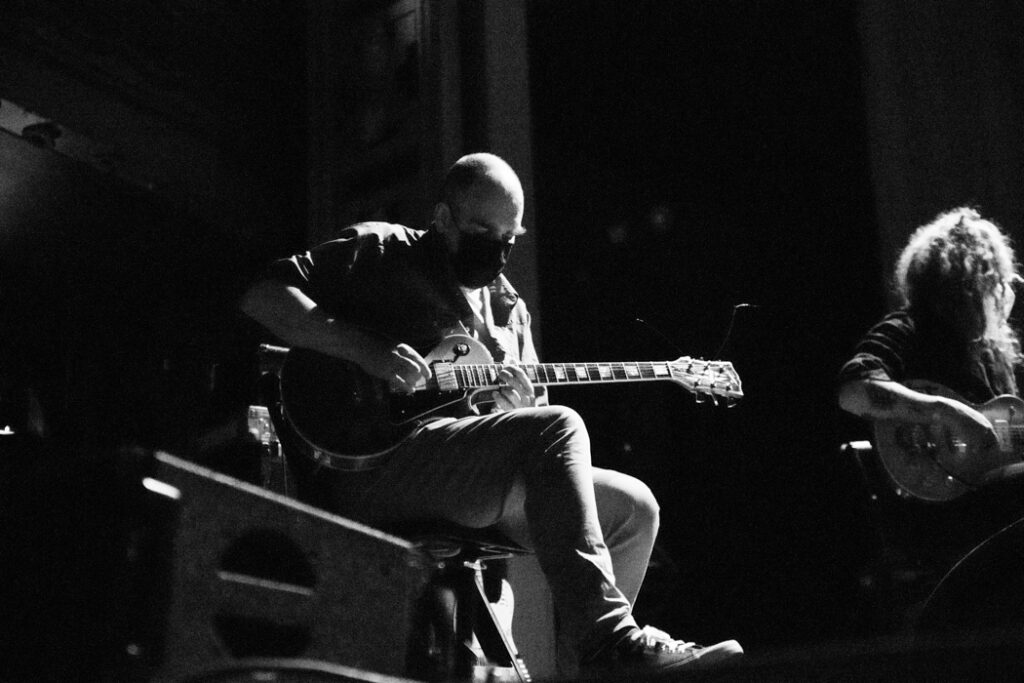 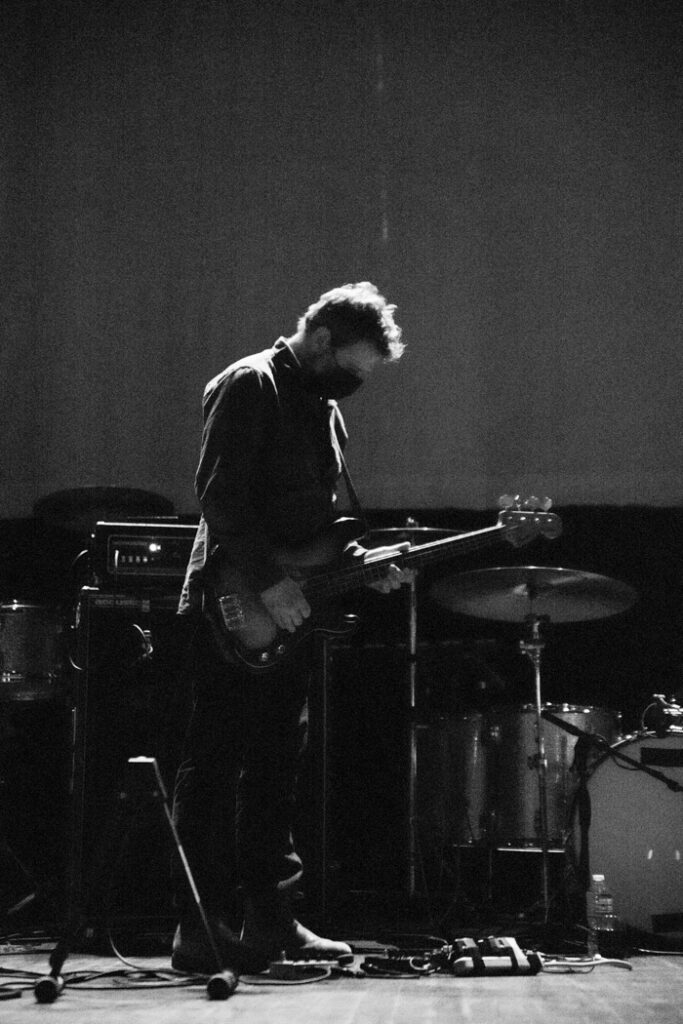 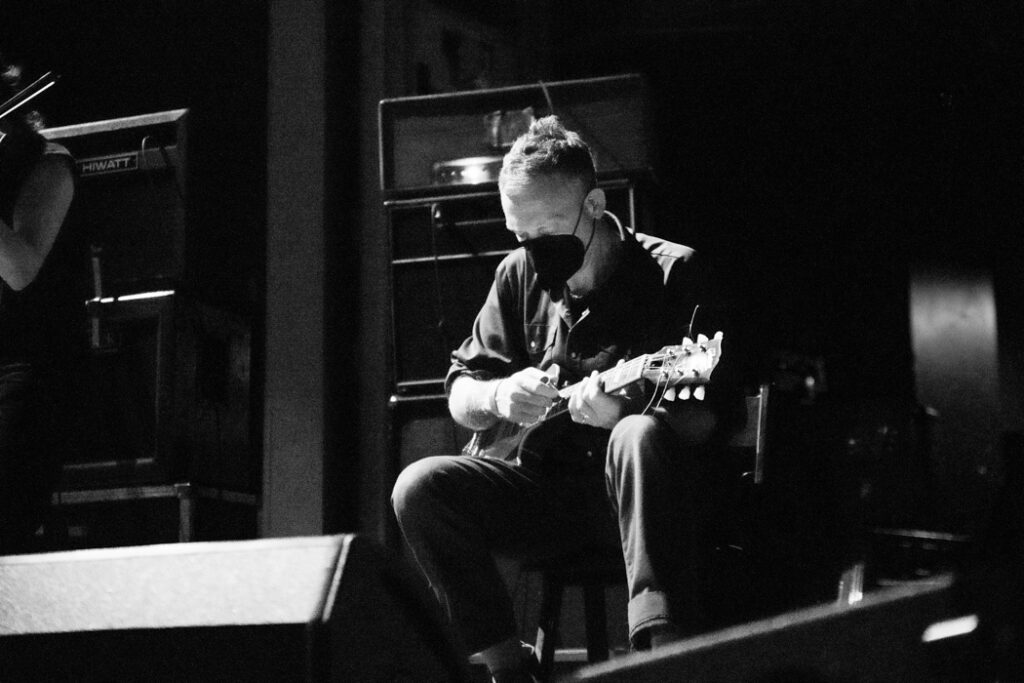 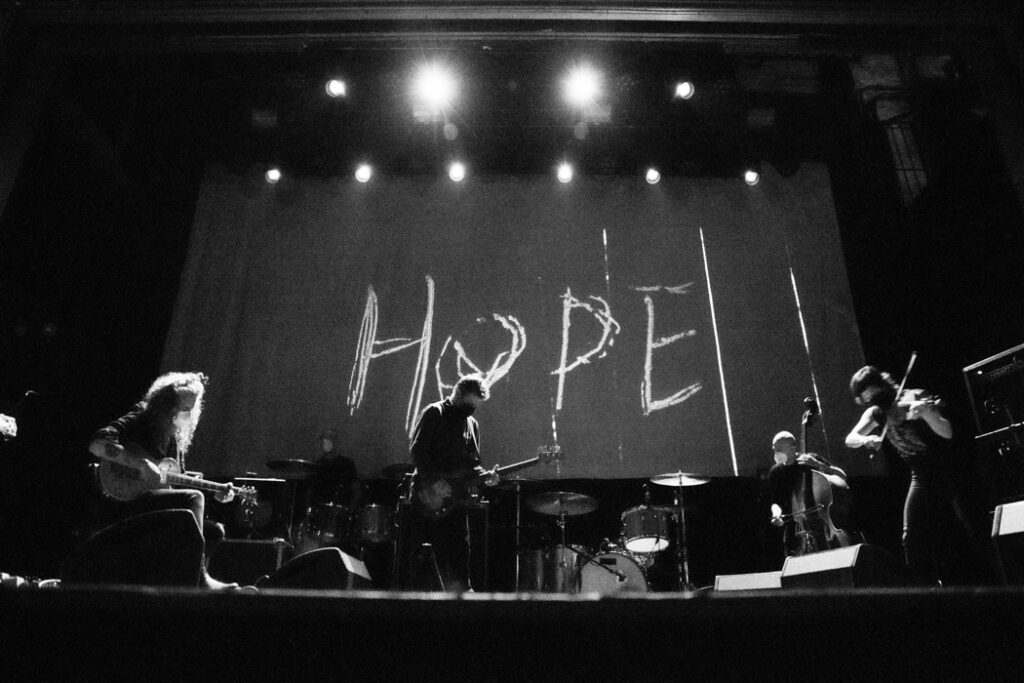 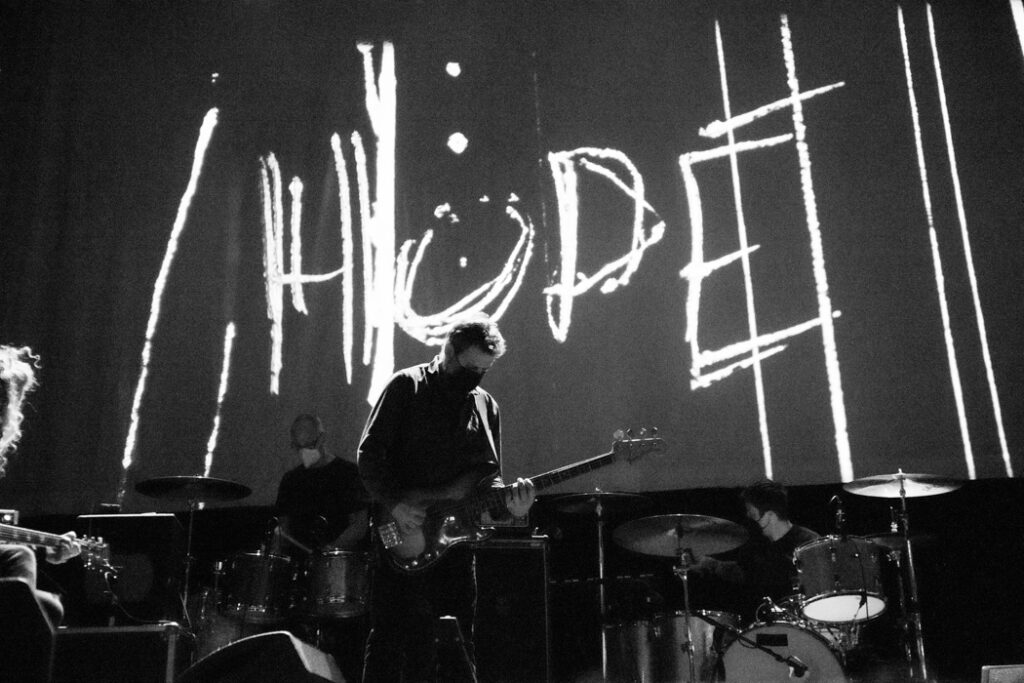 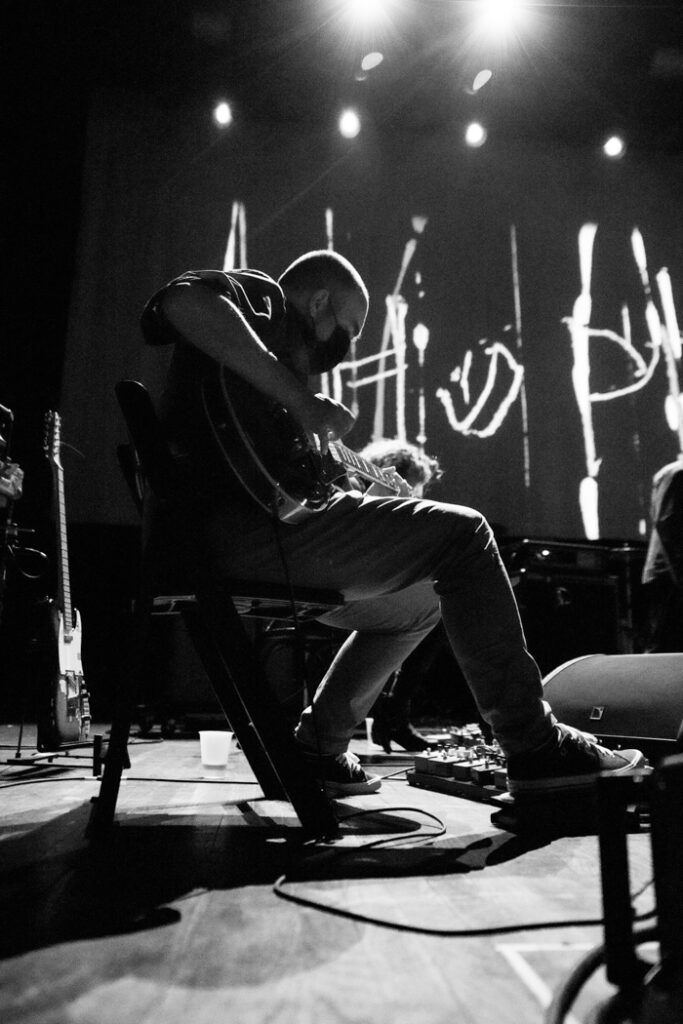 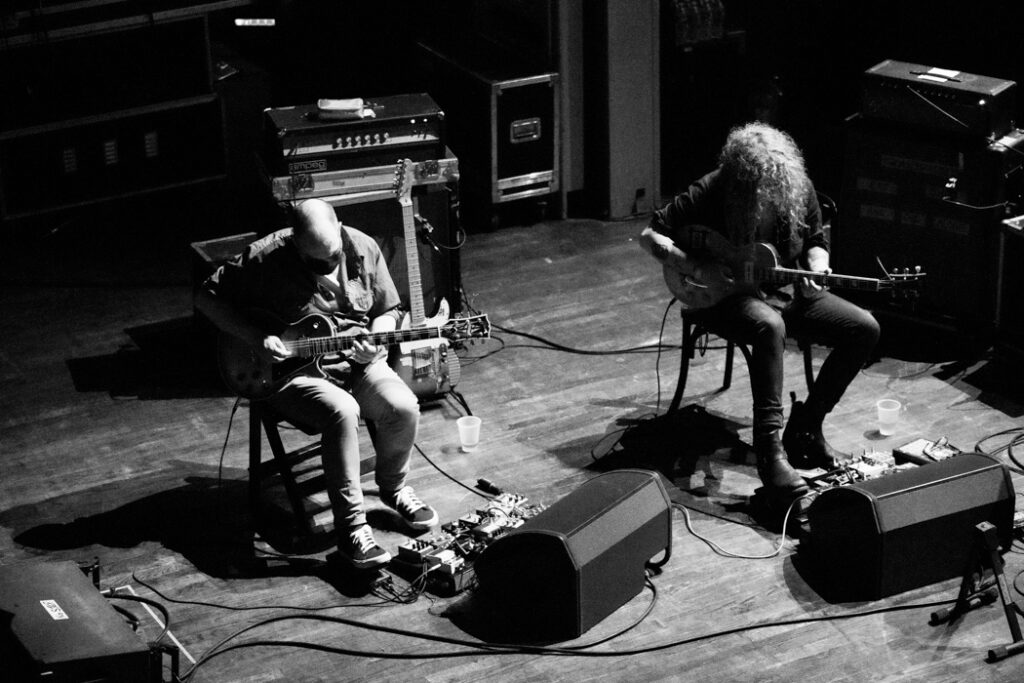 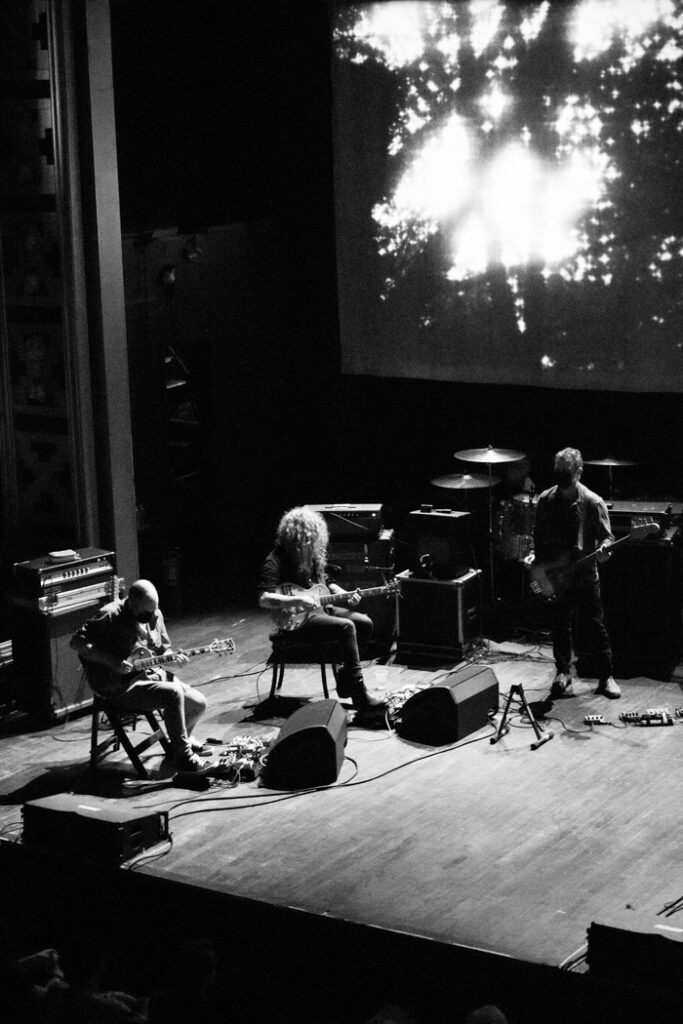 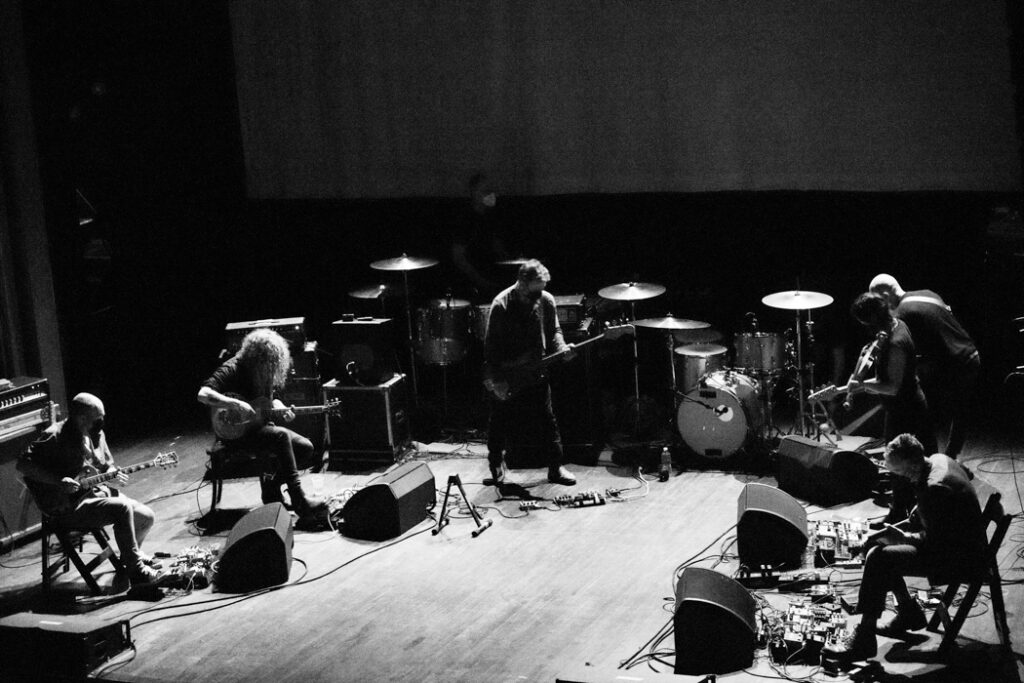 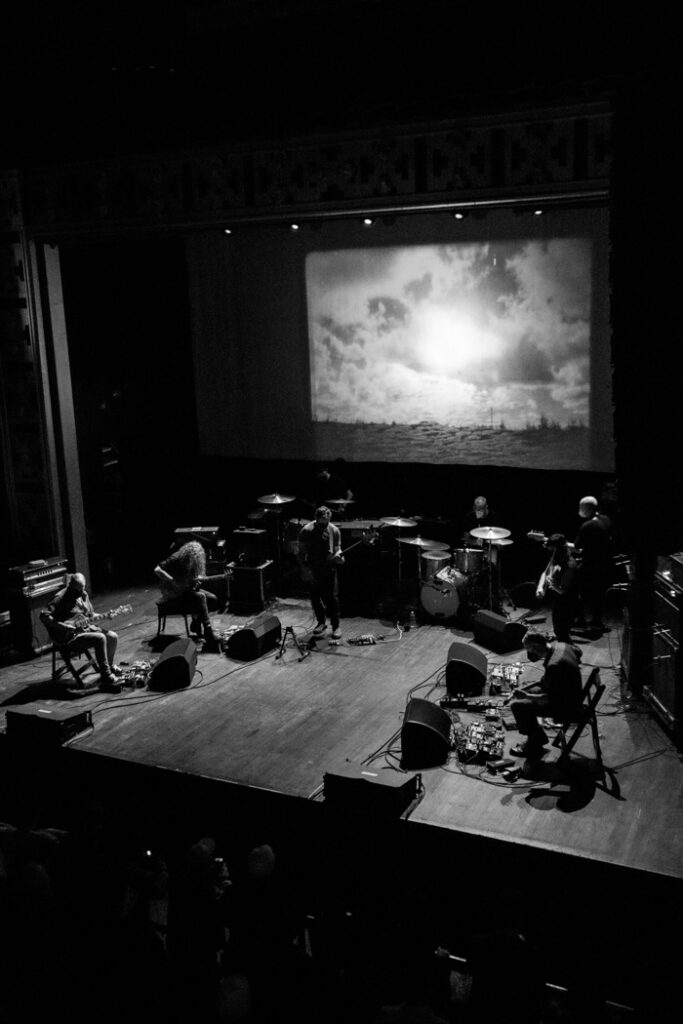 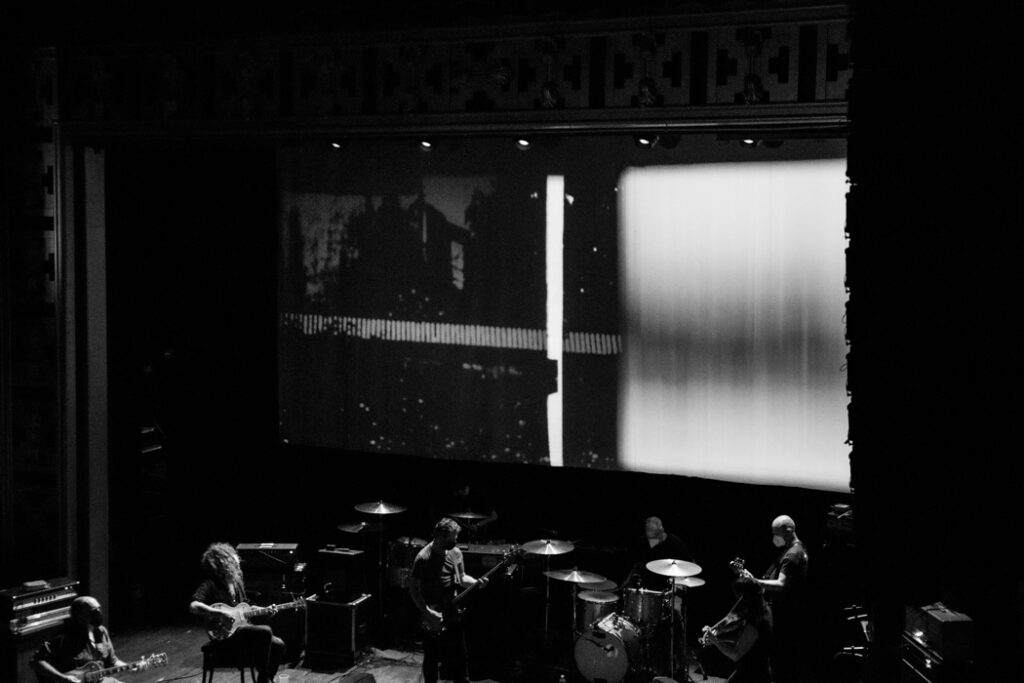 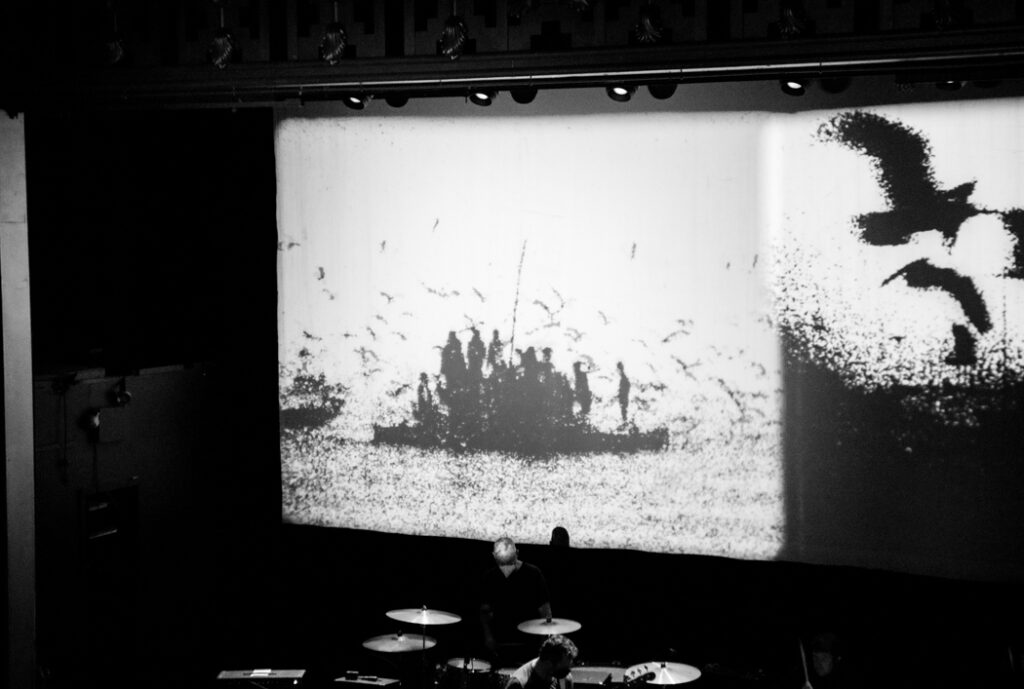 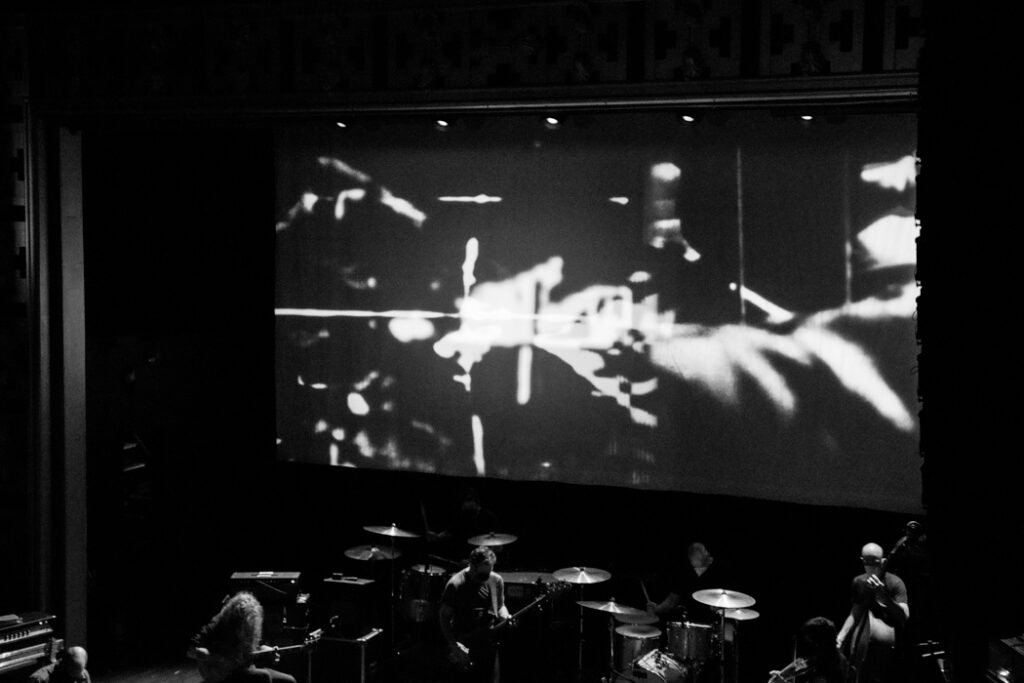 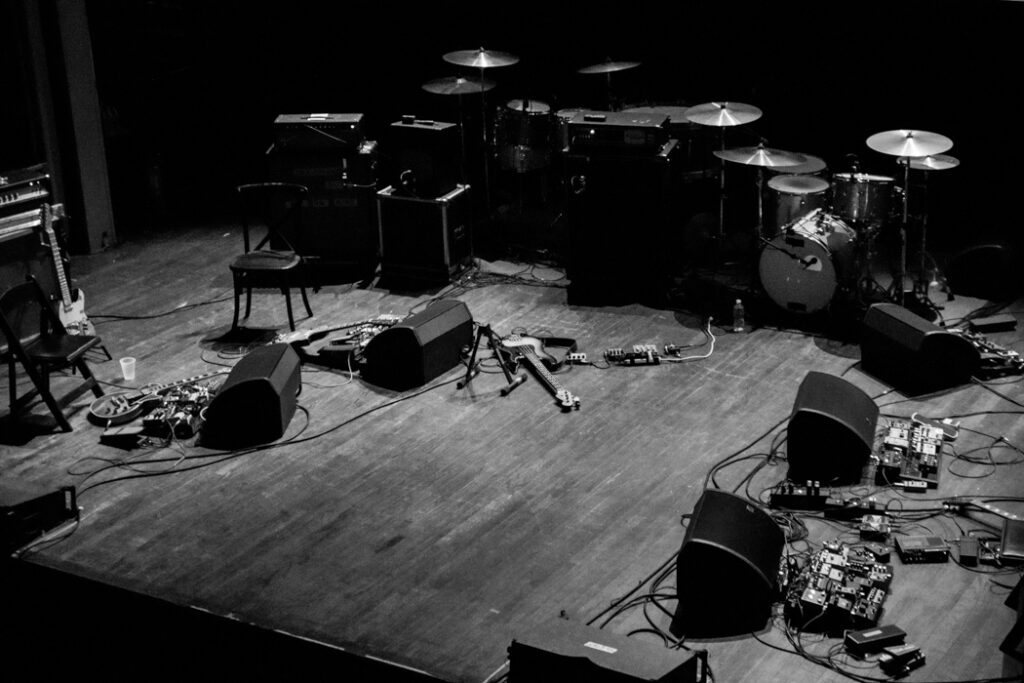 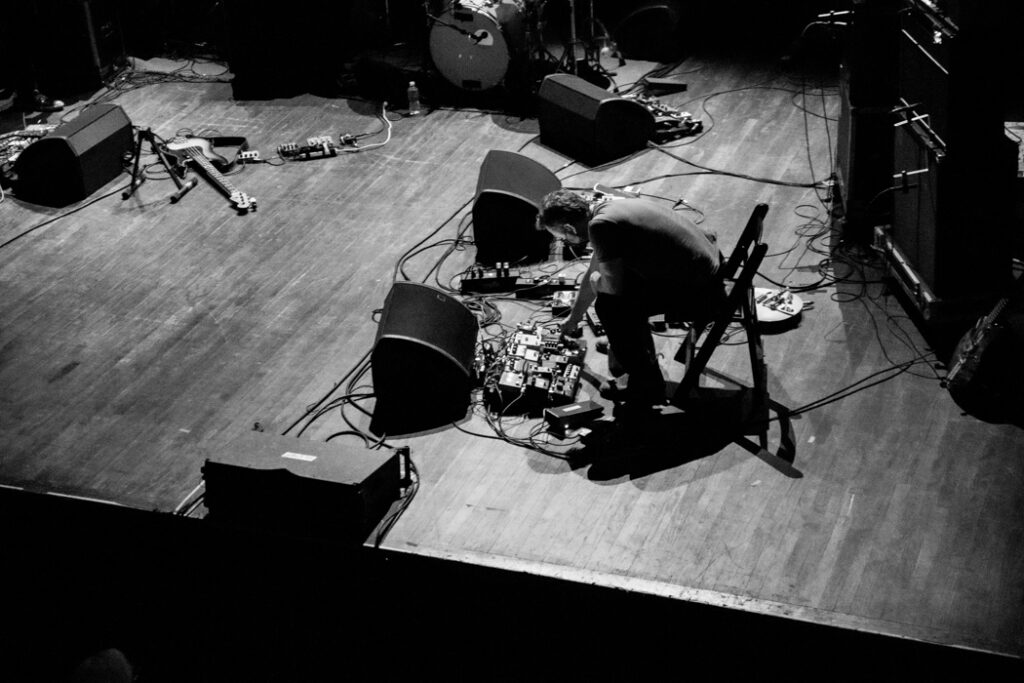 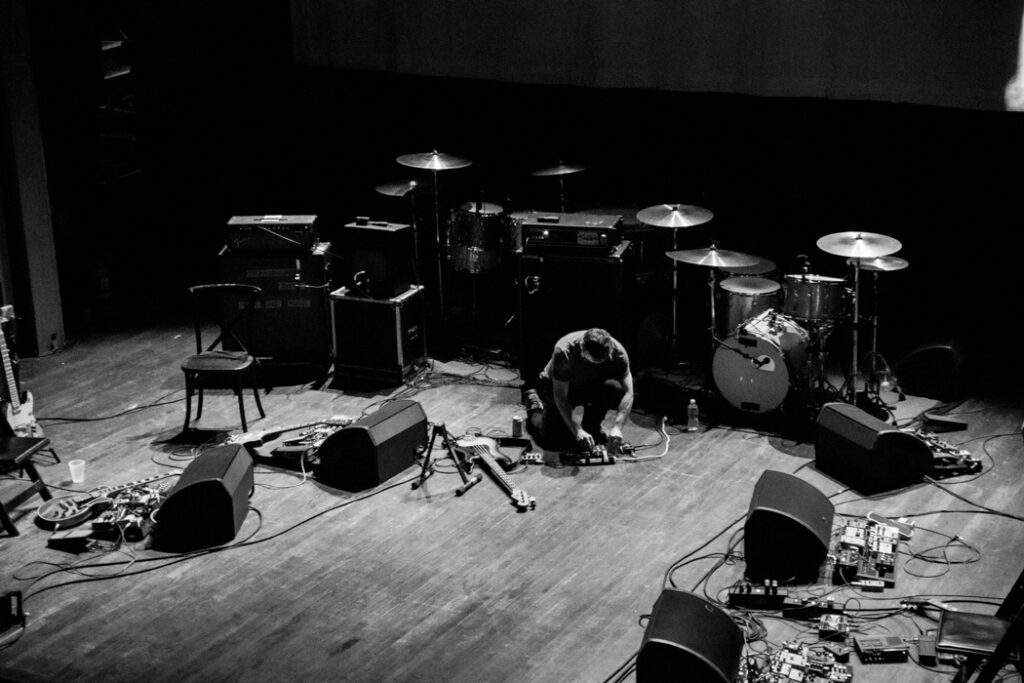 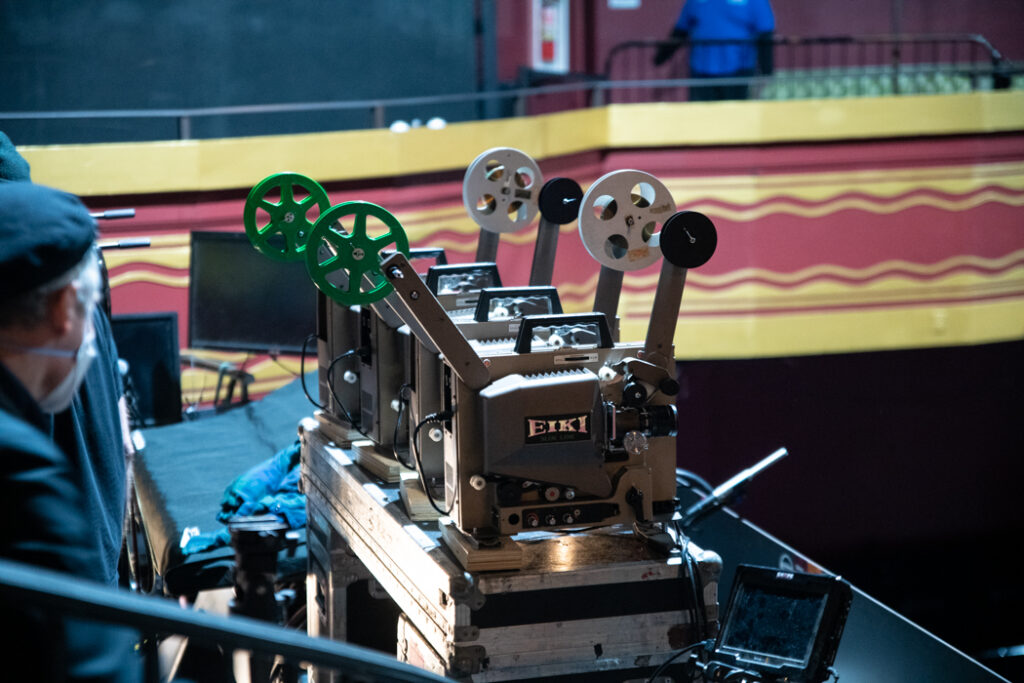 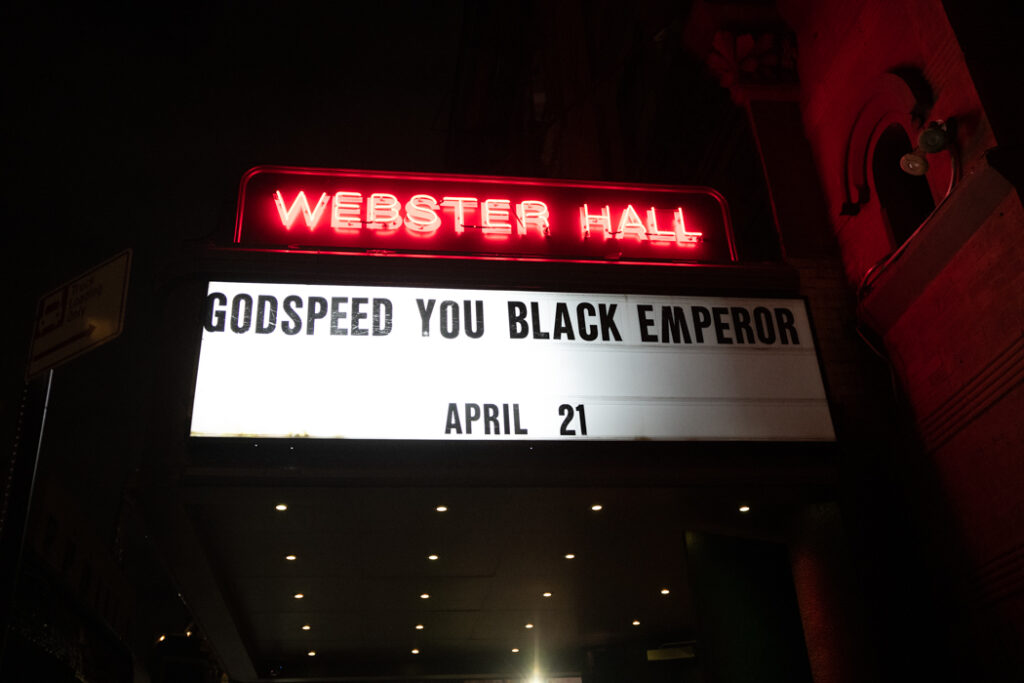