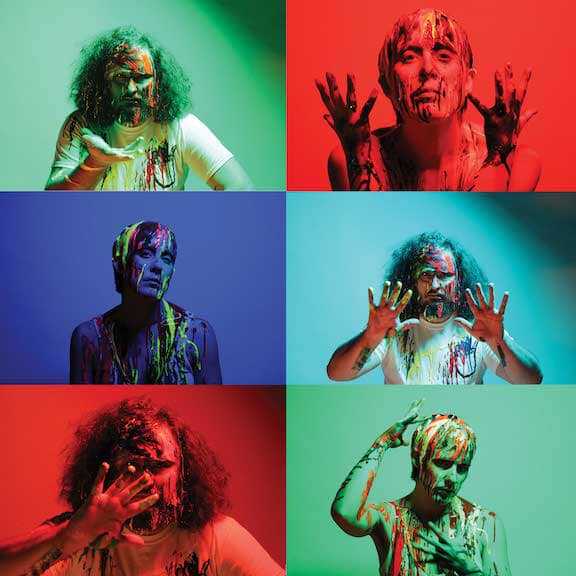 The powerful Cincinnati cello/drums duo Lung are poised to release their stunning and masterful new album, Come Clean Right Now. As I said when I reviewed one of the earlier singles for the album, “Air” (read here), I was absolutely jaw on the floor blown away the first time I saw them (playing with the great Trophy Wife in the summer of 2016); that awe has not faded since and they have become one of my absolute favorite bands. They continue to raise the bar again and again with every release- a rare feat as every artist hits their slumps or can miss the mark with any given song or album- but that seems to have completely missed this band.

The band has a dark feel musically overall, as one would imagine with a cello in the mix, and thanks to the help of a twin bass amp/distortion pedal combination, they take the tenebrous potential of the cello and combine all of this to create an intense, utterly bombastic tidal wave of sound that is HUGE. If it wasn’t obvious from the description of that setup, this is not chamber music, this is ROCK plain and simple. Big riff energy abounds with a strong hard rock, grunge and punk influence running throughout all of their releases; I can almost hear a metal or hardcore band shredding on any one of their explosive songs.

While they nail the gigantic stadium sized sounds, they also have beautiful layers and nuance as well, particularly vocally as singer/cellist Kate Wakefield is classically trained and sings with an operatic flair to lift these songs up to an entirely other level that not many other vocalists can touch. Taking full advantage of the studio environment, at many points the vocals are gorgeously layered, multiple tracks harmonized with each other, which adds sparkle to her already magical delivery.

Come Clean Right Now is packed full of gems from start to finish, dusky tunes carried through by the persistent cello chug and rock solid drumming of Daisy Caplan; he hits hard to perfectly match Wakefield in delivery without ever stomping over the songs. An overly busy drummer could ruin the vibe, but Caplan is a wizard behind the kit and knows exactly how and when to push and pull with Wakefield to make the most of each moment.

The album is also full of emotions, the songs weaving an expressive tapestry of love, rage, pain, joy and more. The lead up to the album saw the release of three singles, the first being the commanding and mid tempo tune “Sun God.” Here, Wakefield’s vocal prowess is on full display for an absolute highlight of the album. As the song hits its crest, the line “I see the world is filled with senseless beauty, I wish to magnify this sweetness fully,” is repeated again and again with the vocals stacked several times over, and on each layer, she sings something different to bring a complex texture to the mix; I challenge anyone to listen to that and not immediately get goosebumps.

For the next single “Air,” a frantic cello riff opens the track with a complementing rapid fire floor tom pattern keeping pace before the song very quickly  e x p l o d e s  into the chorus- an absolutely MASSIVE and visceral wall of sound that crashes into the listener like a wrecking ball. The lyrics are a fervent plea to a lover- who is revered, needed more than water or air or anything else- and the strong emotions Wakefield conveys are palpable throughout. “I’m Nervous,” is bouncier and begins with the line “I get so angry that it hurts but then say everything’s just fine,” and if that didn’t hold a mirror up to my face…I absolutely related to the frustration and exhaustion on display here. “Feels like my feet are hanging from a rocky cliff,” another real moment for me and I think just about anyone else after the last several years we have all collectively lived through.

The song “Sorry,” had particular emotional resonance for me and was a very big standout. The chorus is all at once sorrowful but also a damning condemnation of the other party in a failed relationship: “You never really said, never really said, said you’re sorry. But you never were the best, never were the best at being wrong. And you thought I never saw all the little flaws in your story so I always played along.” It’s unclear if this was a romantic connection, a friendship, or a collaborative working relationship and it doesn’t have to be. The pain of the deceit and loss Wakefield feels as a result of the breakdown of this connection pours out here in particular, both via the lyrics and through the punky insistence of the cello paired with Caplan’s bulldozer drum roll, which he adeptly deploys to emphasize the intensity of the emotions. The feelings expressed here are ones any of us can relate to when things go wrong with another person, and unfortunately we can also carry them with us for a long time to come after the other person is gone either literally or figuratively.

Other highlights include the rapid fire syncopated romp, “Sugar Pill,” and the more muted, “Wave,” which starts out with a more classical cello sound only to quickly rip itself apart to reveal a hard rocking chorus to just quickly dip right back again to a lush and beguiling passage. The album closer “Arrow,” which sees some of the same traditional cello sounds starting off before again bursting at the seams then skittering back and forth between these alternating musical approaches. Ending on this high point, the song has a hopeful note, a plea to a lover- that could easily also be applicable to a treasured friend or loved one- a plea we surely all find inside of ourselves as we continue to navigate an uncertain world: “Give me love, give me darkness, as the fates keep changing hands, as the strange world surrounds us, keep my heart from sleeping….And the earth keeps on turning, each day faster than the rest, keep me here in this moment, keep my slow heart burning.”

There simply are so few other bands currently making music at this level, with this emotional resonance and with such innovation and poise. Lung is in a class all by themselves and this album is the just the latest in a string of incredible releases from them. It is expressive, explosive, and an exceptionally powerful gift to the world. 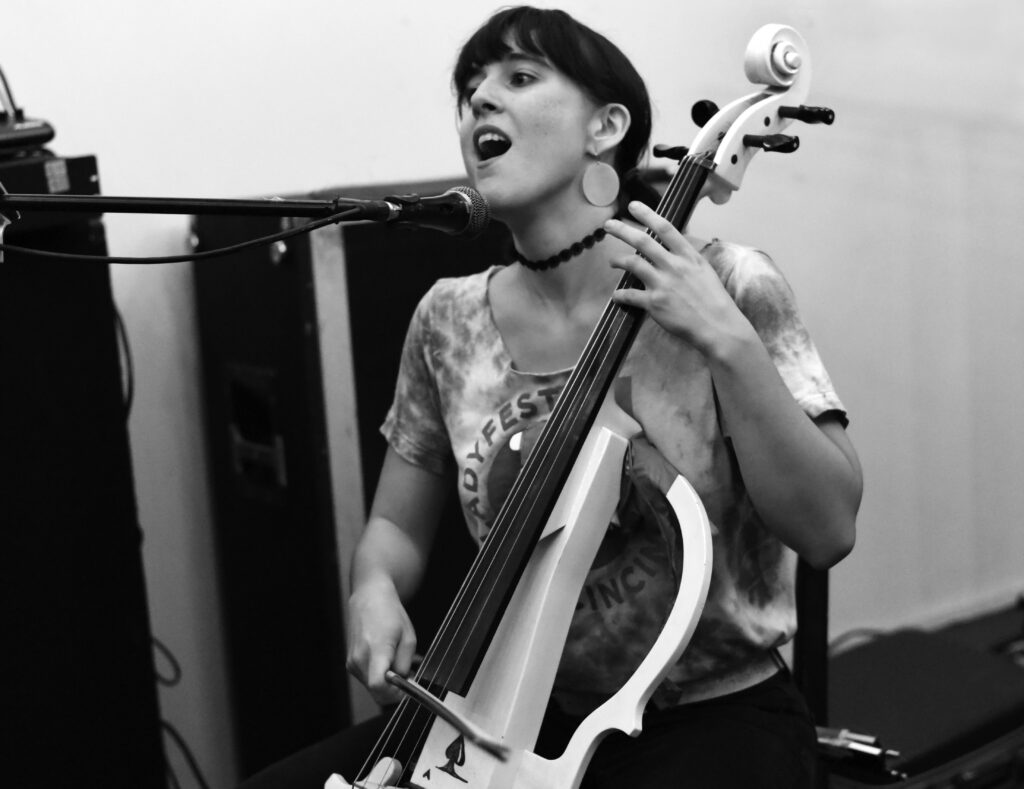 Check out this article which gives more details on the process the band used to write and record the album during the pandemic in 2020.

Lung will be embarking on a lengthy tour with Mac Sabbath starting on 9/1 in Salt Lake City; they will perform in New York on 9/16 at LPR; Check the tour poster for when they’ll be in your city.