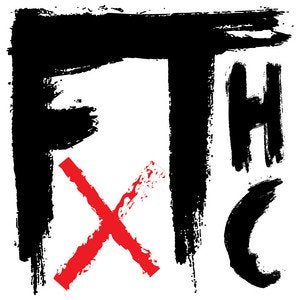 FTHC (Frank Turner Hard Core) is the first actual new material we’ve gotten from Frank Turner since 2018’s Be More Kind. Of course there was 2019’s No Man’s Land, but the material for that album was actually written and recorded before Be More Kind. You see, after the 2016 American election, the world changed (most certainly not for the better) and Turner realized that he needed to address the state of America (and the world), so he decided to temporarily shelve No Man’s Land, his ode to historical women of the world and instead released his plea to mankind to be better, to be more kind. And then the pandemic struck and with England, along with pretty much the entire world shut down, Turner managed to release two collaborative albums in 2020. The first a split with NOFX called West Coast vs. Wessex where NOFX covered five Frank Turner songs and vice versa. Also released in 2020 was Turner and “buddy” Jon Snodgrass’s collaborative reprieve of their Buddies EP from 2013 called, you guessed it Buddies II (Still Buddies). Clearly, a lot of water has flowed under the bridge between Be More Kind and FTHC and Turner has made every attempt to cover as much of that water as he possibly could.

For those who read the title of the album with its inclusion of “hardcore” and were expecting Frank’s return to his Mongrel Horde days, the first track of the album certainly points squarely in that direction. “Non Serviam” kicks off with thrashing guitar chords, punctuated by a thunderous drum progression before Turner screams the opening lines:

I am the idiot

I thought things were different

But the dumb and degenerate

Can be so belligerent:

And this social barbiturate

Is cold and deliberate

If you dare to be different

Then you are the idiot

The song is fast and furious and to put it lightly, angry. It seems very clear right from the outset that Turner is not happy with the ways of the world and while he’s mad as hell, he’s not going to take it.

Next up is “The Gathering” which was the first single from the album, released late last year. As a follow up to the opening track, “The Gathering” is almost a perfect segue. Forgoing the hardcore style of the former, “The Gathering” starts off and almost feels like a mid 70’s classic rock anthem. That is until you get to the bridge where things turn dark, real dark. Turner at this point begins to recite his mantra to what feels and sounds very much like it could be right out of the death metal album bin at your local record store. And then before you know it, the bridge is cut off with Ben Lloyd’s blazing guitar solo which only punctuates the death metal vibe coming across from the tune. With it’s almost satanic ritualistic vibe, “The Gathering” too is filled with anger but Turner successfully portrays it in quite a different manner.

And then BOOM, the third track on the album starts and Turner is right back into his classic wheelhouse. “Haven’t Been Doing So Well” sounds like it could musically fit in swimmingly on say, England Keep My Bones. That is as long as you don’t pay attention to the lyrics which are thematically right in lock step with the two previous tracks in their anger and frustration with the current world order.

‘Cause I’ve been messed up, stressed out, talking to myself again

Locked up, left out, terrified of everything

Wound up, found out, waiting around for something to give

“Untainted Love” is a song about addiction and ultimately redemption. This (at least as far as I’m aware) is not a topic which Turner has tackled in the past. Drug abuse and addiction don’t normally pop up in his songs but the subject is handled quite poignantly in this tune which musically brings to mind The Gaslight Anthem and The Menzingers specifically in the chorus. 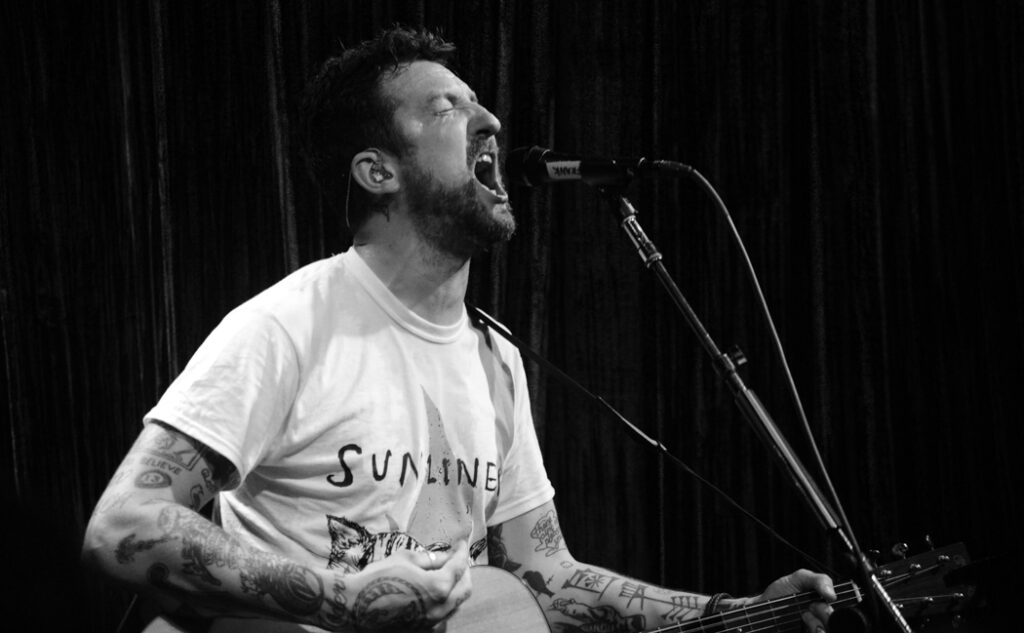 As for track number five, “Fatherless,” I can remember when I heard it for the first time at Crossroads last October being completely blown away with the lyrical content of the song (See pics/writeup from that weekend). The song deals with another subject which Turner has somewhat avoided within his catalog of songs. He has spoken in the past about his abusive relationship with his father but the hatred which comes across in this tune is something to which fans of Turner’s music have not seen before. Starting off with just a solo piano reminiscent to The Beatles’ “Let It Be,” one is immediately lulled into a peaceful melancholy which is abruptly transformed when the newest member of his backing band, The Sleeping Souls, drummer Callum Green kicks into a syncopated drum run which is then followed by Turner singing the words:

And I cried myself to sleep each night

For three straight weeks ’til I was dead inside

But I’m not asking for your pity

It’s just that fairy tales about fathers make me angry

But this tale too ends in triumph with Frank repeating over and over “look at me now.” However, unlike “Untainted Love,” where you feel a happiness come over the narrator after their victory over substance abuse, one feels nothing but the very same pity that the singer claimed not to crave at the conclusion of this song.

“My Bad” continues with the same theme of the narrator of the song being sickened by his parents, striking out on his own and ultimately realizing that he can’t escape his bloodlines. It’s a classic sins of the father tale which comes to a conclusion with Frank angrily singing “I did not want to be my father’s son”.

Which brings us to what may be the most startling song in this collection especially given the two songs which precede it on the album. As it turns out Frank’s father, the protagonist of the two previous songs and the benefactor of their vitriol, is now “Miranda.” Having transitioned relatively recently, Turner and his father have, while not quite reconciling, certainly now have a relationship to which each is attempting to put the pieces of their torn lives together again.

And without missing a beat, the beautiful closing words “Miranda, it’s lovely to meet you” are met head on with the words “I spoke with Scott last night” as the next song “A Wave Across A Bay” begins. As he did with “Long Live The Queen” from Love Ire and Song so many years ago, Turner takes the tragic death of a dear friend (in this case Frightened Rabbit’s Scott Hutchinson) and turns it into a beautiful eulogy which no doubt will become the emotional highpoint to future Frank Turner live performances.

Listen to “A Wave Across A Bay”

“Resurrectionists” follows and while it is a very good song, I just don’t think it fits in thematically with what has preceded it. The tune itself, at least to my ears, would have been a great song to juxtapose his “1931” on Be More Kind. It would have been a perfect fit for that album whereas on FTHC, it just feels a tad out of place.

“Punches” is a song right out of the classic Frank Turner mold of sing along anthems. It no doubt will be a favorite of those who frequent the pit at Turner’s concerts. “The Perfect Score” has had me transfixed mainly because of the use of the guitar riff following each of the verses. While it’s not anything virtuosic, it just makes for a really nice vibe. While writing this I’ve been scratching my head trying to figure out what it reminds me of and I realized that The Beths do the same kind of riffing post verse on their song “Future Me Hates Me.” And while the two have their similarities as far as the riff goes, “Perfect Score” is most certainly a song unto itself.

I have to wonder if the Turner who wrote the words to “Photosynthesis” (on Love Ire and Song) back in 2008, where he’s complaining about all his friends being married with mortgages and pension plans, could have possibly foreseen the future Frank who would write a song like “The Work,” where he extolls the virtues of cleaning the garage and doing the laundry. No doubt quarantine had to have been a strange process for Turner. He not only had to stop touring (something to which he pretty much has constantly done the past 10 years) but he was also relatively newly wed when the pandemic struck. “The Work” is a prototypical Turner vignette about his new found need to give and take in his relationship with his wife. This theme is expanded further in “Little Life” where Turner expounds on the quieter, slower, calmer life to which he now leads.

Which brings us to what I think might be the most interesting song on the album, “Farewell To My City.” In this one, Turner takes us on the meandering road trip of how he has managed to find himself where he is today. Starting out with a talking/ranting style which immediately brings to mind his good friend Micah Schabel. Turner and Schnabel had been on tour together when Covid first struck and then when Micah and his partner, artist Vanessa Jean Speckman, found themselves stranded in England for some time, they were welcomed to stay with Frank and his wife Jess Guise. I’ve no doubt that the time spent together was a learning experience for both songwriters. Bottom line being, while “Farewell” and its (not quite) talking blues style is a departure for Turner, on this one it clearly works.

So there you have it, my track by track breakdown of Frank Turner’s new release FTHC. All in all, as an avowed Turner fan, I am totally digging this release. Having heard quite a bit of it beforehand between seeing a handful of his live shows this past fall as well as the previously released singles, it is certainly refreshing to see an artist buck the trend of releasing the best song(s) from an album beforehand only to be let down upon the release of the entire LP. This is definitely not the case with FTHC. The one thing which I find most refreshing about the album is that while Turner does in fact break out of his traditional mold, even when he’s trying something new, the songs still reflect an air of familiarity.

FTHC is available now via Xtra Mile/Polydor and available on all streaming platforms.