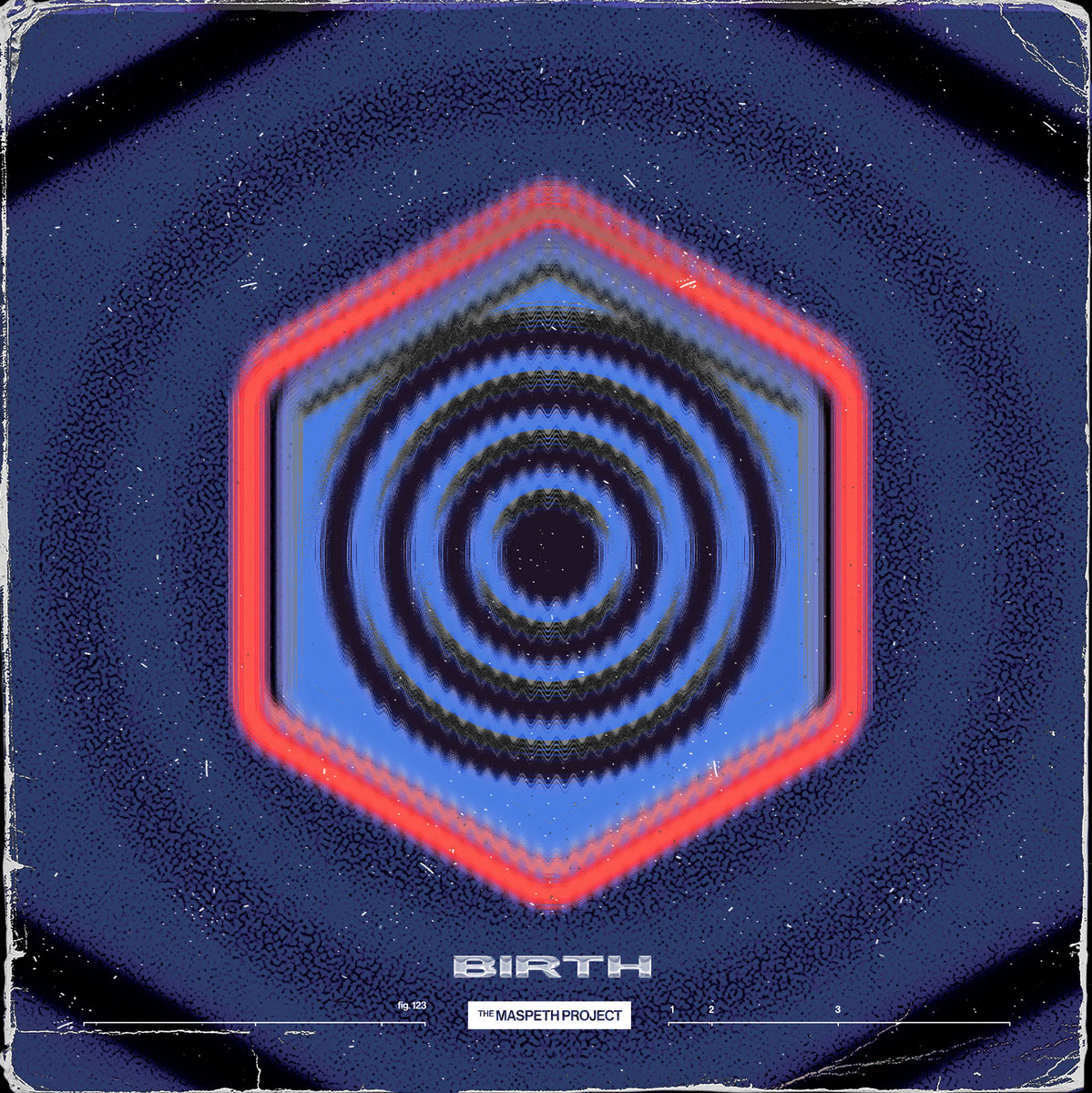 Written and recorded in their home studio in Maspeth, Queens over five weeks at the end of 2019, The Maspeth Project’s visceral and hypnotic new album, Birth, was then postponed for release until the end of March 2022 due to the pandemic lockdowns. But the delay also gave Venuzuelan producers and musicians Diego Ramirez, Johann Sánchez, and Carlos Rey bountiful time to revise and polish the content, and the result is “introspective dance music” featuring “dry analog textures” mixed with “fierce drum machines,” and some moving vocal work and lyrics from Columbian visual artist Lluvia Pinzón (or Lluvia PM). Birth evokes the pleasures of the crowded dance clubs we’ve all been missing these past two years, but it’s dance music on a reflective pilgrimage, inspiring colorful visions and journeys internal.

Birth begins with the brief instrumental track, “YEAH!,” where the undulations of what sounds like an electronic marimba riding a giant space worm glides through your brain, roiling slowly to almost stop before jumping back to life again, putting you firmly into the sonic explorations of The Maspeth Project. The tracks that follow feature expressive singing from Lluvia PM, Ramirez, and Sánchez, often with Lluvia singing in unison but an octave above, or in lush harmonies over the swells of synth. “The Lesson” stands out for its seductive mystery; slow and steady, but undeniably catchy, it will make you move as Rey and Pinzón’s lyrics seduce you with the sensual: “You should have found it / see how you feel…I went by the midnight moonlight / I can feel my breath / despite all the fog and numbness / it won’t be too late for me.”

The moody “The Pressure” has been released as the first major single from Birth, and Lluvia PM stretches out the syllables in the opening lines: “My mind has gone blank / yet the moon forces me to cry.” The lyrics for “The Pressure” come from a poem Lluvia PM wrote many years ago. Her voice often quivers, pained, as the music underneath her travels from sparkling pauses to driving dark beats. She sings of “the vast emptiness of her emotions” and her search for “reasons to justify these tears” and the reminder that she’s “only animal / driven by instinct.”

Birth finishes off in the way it began, with another instrumental track, entitled “ThAnKs,” as if The Maspeth Project is offering gratitude to the listener. But the intriguing juxtaposition of acoustic guitar sounds over loops of spacey delays in this last track will leave you feeling like the thanks should come from all of us who have gone on this sonic wandering with this talented group.

Birth brings to mind some of the best offerings from Massive Attack and Portishead, but perhaps more hallucinatory and experimental. Mastered by Brok Mendes of Friends of Friends Recording, featuring album art by Venezuelan visual artist José Andrade, and released by the Amigos de la Casa label, Birth may have been many years in the making, but it’s well worth the wait.